The Magic of John Daniels 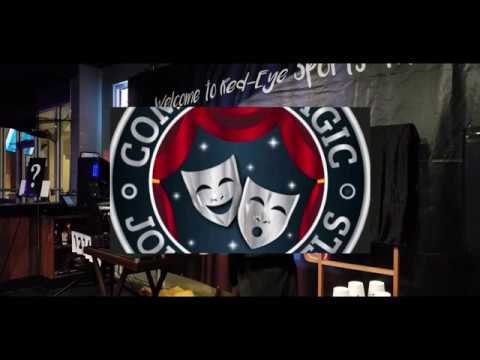 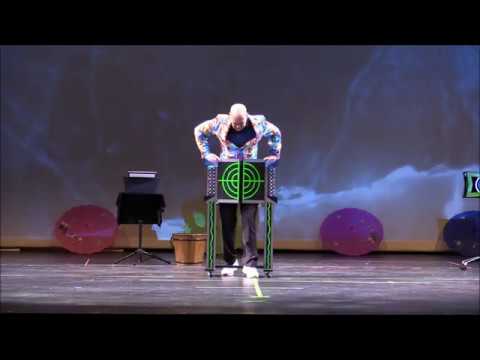 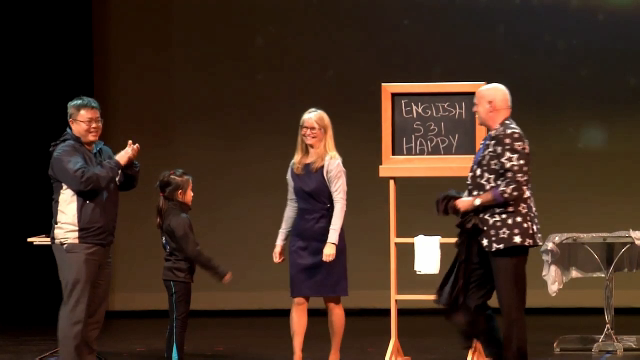 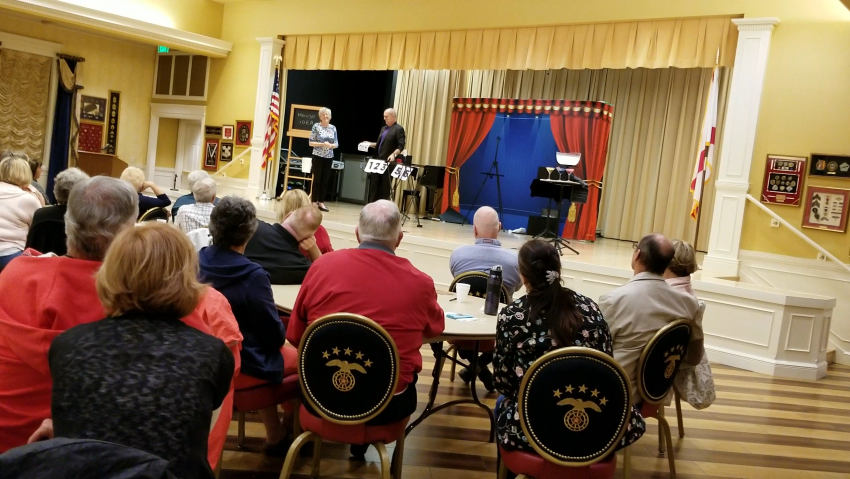 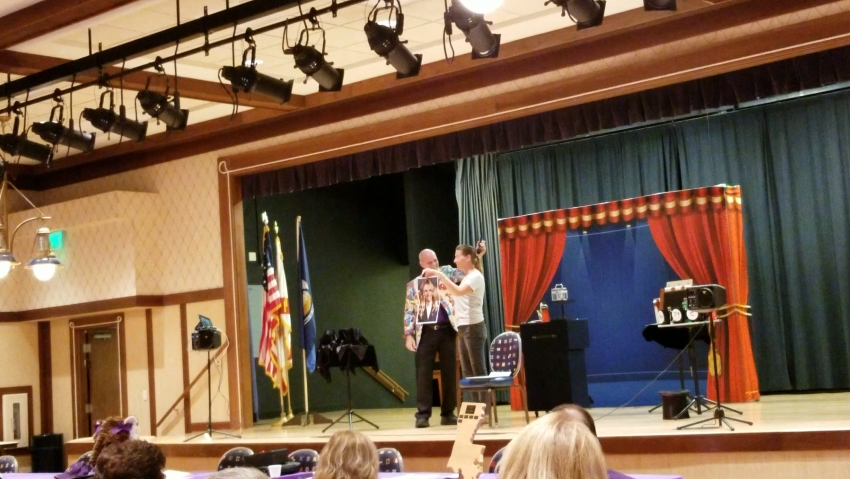 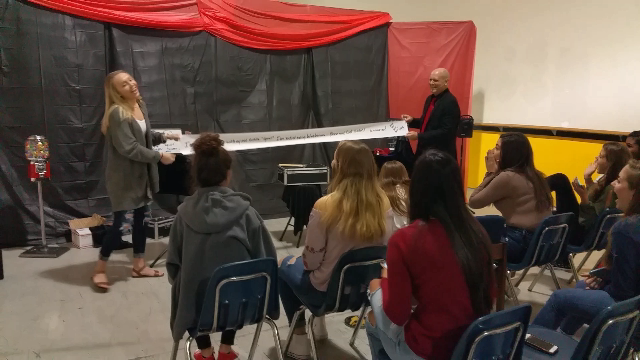 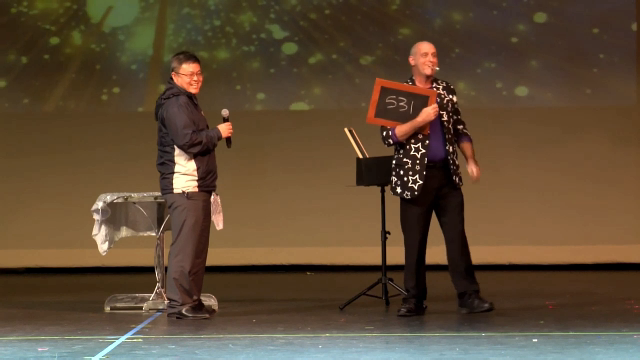 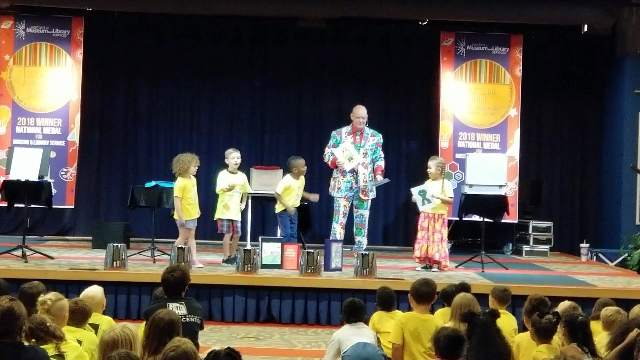 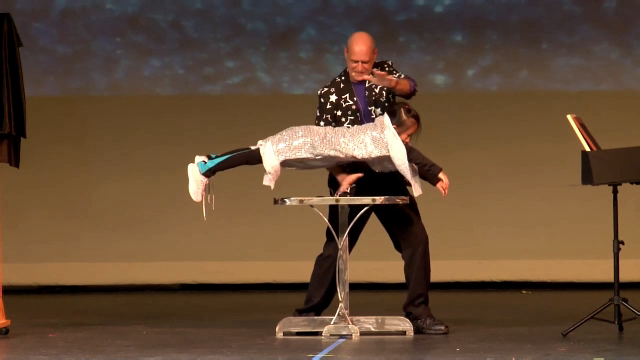 Now offering Live Virtual Magic Shows!
Central Florida's Most entertaining magician. Award winning comedy magician providing custom made entertainment for any event. Shows are tailored for audience size, age, type of event and needs of host.
Warning: Audiences may experience sleepless nights after their minds are fried, and bellies may be sore due to excessive laughter. Make your event Memorable rather than Mundane. Experience entertainment that provides audience interaction, high energy excitement, and completely unexpected expectations. From the living room to the Ballroom, from the Stage to close up walk around magic. Join the list of satisfied Corporate Clients & Event Planners.

John Daniels was awesome. We had some pretty skeptical kids at first but by the end of the show they truly believed in Magic. Great for both the children and the adults. Would recommend to anyone !

Thanks again Lisa for the opportunity and for providing a great audience to entertain!

John was absolutely amazing with the audience of different ages. He handled entertainment beautifully, I had some special requests that John included with the show). Magic was amazing, everyone was engaged and happy and had a great time - really enjoyed the show and would highly recommend.

How did he do that?

John came to entertain the senior group at our church. He was FANTASTIC! Everyone had a wonderful time. John was so gracious, funny and a wonderful entertainer. The question of the day was, how did he do that? If you book John for your next gig you will NOT be disappointed.

The Show was a HIT!

Had John for my daughters 3rd birthday party. Both kids and adults were absolutely entertained throughout. Great show and kept everyone engaged throughout. Would highly recommend him for any event!

We had so much fun! My daughter Mila had a Paddington/ Costume Party and the Magic Show was a hit. Very kid friendly humor and tricks. We loved watching the kids marvel at the magic and we enjoyed it as well! Definitely would use him again for another party if it fits the theme.

John Daniels is an amazing entertainer. The performance he gave here was absolutely GREAT! Everyone enjoyed his 'antics' and the "'magic and the illusions" added to wonderful show.
Thanks
Sue Garman

John did a great job of engaging with the kids and their parents. He had them laughing and gasping. A true entertainer.

Our event is called the Great Clermont Camp Out. Our guests had spent the night with us at our beautiful Waterfront Park. John was with us bright and early on Sunday morning. He was early and so professional, his set up was super easy. We had 60 families with us, so John had to entertain about 200 people and he did an amazing job. Our staff absolutely loved how much audience participation he used. His magic is both funny and truly entertaining. As I was walking around during his show listening to comments being made and watching the smiles on the faces I couldn't be more sure that John was the perfect person to hire. Everyone who watched his show loved it, we would definitely hire him again and recommend him highly!!! He is amazeballs!!

John was outstanding. We had him for a church luncheon of approximately 75 -100 people. He was on time, very funny and professional. His rates are very reasonable. He asked about the audience before hand and his show was tailored perfectly to the crowd on hand with a good message. He exceeded expectations and everyone left with a big smile. We couldn't be more impressed and satisfied.

James,
Thanks for the review and opportunity to entertain your congregation and guests. I look forward to working with you in the near future.
John Daniels

John was fun, personable, entertaining and HILARIOUS! I would book him again for my next big event.

Amber,
It was a pleasure to entertain your guests and help to make Stephen's 30th birthday/graduation celebration fun and memorable!

We hired John for my daughters surprise princess party. The kids and adults had a blast he was funny and captured the attention of our guest. I loved that he was able to not only have the birthday girl participate, but also some of her friends as well. I loved also that he put his heart into everything that he did and also presented my daughter with a gift and not to mention memories to last her a lifetime!

Thanks for taking the time to express your thoughts and share them with others. It's a pleasure to work with people like you who want to go the extra mile to make their children's birthday unforgettable.

John Daniels was so accommodating, and the kids really enjoyed his show.

It was a nice show, our kids and guests enjoyed very much, and I really liked his show.

The kids loved him.

Fantastic magic and where to find it!

Mr. John Daniels was truly amazing for my twin sister's birthday party! He promptly answered messages, arrived on time, was friendly and professional and dealt well with the tough crowd that was my sister's birthday party by not letting it phase or interrupt him when almost all the kids got up to get a soda or that 90% of the adults at my party didn't speak English (so they didn't get his stand up and were being rude and not paying attention) but the language of magic is universal and they all were amazed when they saw IMPOSSIBLE things happen before our eyes! He read the room well and knew which kids would like to participate and who didn't. His jokes were funny and magic unforgettable. You won't regret it! Thank you so much for such a great show! We all couldn't stop talking about it!

He was just amazing and very professional

I hired John for my daughters thirteenth birthday .John and his assistant were true to their word ,they were 10 minutes early .Every one in the party loved his performance my daughter loved the magic tricks that john performed. His best trick was when he took my 100 dollar bill and made it come out of a real orange still don't know how he did that.
Thanks John for the laughs the show was also full of humor.

Great Show!!! All the kids had a great time (ages 2 - 14 years). John was very professional and we recommend his services to any family event.

We had a great time. The kids seemed to enjoy it and that's who I wanted for. Thanks

Thanks for the review, it was a pleasure performing at your resort, look forward to working with you again in the near future

Excellent for young and old

We hired John through Gigsalad and could not of been happier. It was very easy to get a resonable quote. It was very fast and it helped that we could view pictures and a few videos of John's shows.
We booked John for my 7 year old daughters birthday. My son (5) and daughter invited a few friends of the same age. All of those kids brought at least one parent. John showed up on time and quickly set up while the kids were busy. The show itself was fantastic. He had the kids involved from the very beginning and that is no small task given the ages of them. All the parents had a great time as John threw some humor in that only we would get. All his tricks were fun and we'll executed.
Thank you so much John! My wife is talking to people at her work with regards to booking you for a show for adults.
John is more then worth the very inexpensive cost. We would have gladly paid double for what we all said was the best birthday ever.

Thanks for the review, glad I could help in making your daughter's birthday event a magical and memorable experience

We arranged magic show for my son's first birthday, it turned out to be super hit. Parents also enjoyed and participated in the show along with kids. I would like to thank Dan for accepting my request and making my son's birthday party a memorable event for us.

I've had the pleasure of booking John twice; once for my company's summer picnic and most recently, for my in-laws 50th anniversary party. He never ceases to amaze me! Our guests ranged from age 3 to age 96 and everyone was entertained! His magic is exciting and mystifying. He leaves you scratching your head saying "How did he do that???" John is also professional, prompt and a pleasure to work with. I would hire him again in a heartbeat!

Polished entertainment with clean comedy and mesmerizing magic. Tried and tested material and routines that deliver the most impact on specific targeted audience. What you get - A professional, honest, time conscious, dependable, courteous and respectful performer who bends over backwards to assist in making your event a success.
If you are hosting a large event, our self contained magic show comes with our own sound equipment, tables and props, so the only thing you provide is the space and people. There is no extra hidden charges for travel, set-up or break down, just the cost of the performance.
For Children Shows we offer several packages for parents who want a magic themed birthday party without breaking the bank. John Daniels has marketed magic kits specifically designed for age of birthday child and also has different magic goodie bags with tricks and wands to fit any budget. Since we buy in large quantities the quality and costs are passed down to you. Be sure to ask about how we customize each show for all types of ages, personalities, sizes and special needs.

John Daniels got bit by the magic bug at an early age of 12. He soon began performing for local events and was selected to be a member of the International Brotherhood of Magicians. His first time competing at a magic convention he won 1st pace for adult stage magician at the 2001 Winter Carnival of Magic for his original comedy magic act.

Shows are a refreshing mixture of visual magic and off the wall comedy. Whether performing for specifically children or adults, or mixed audiences, all shows incorporate audience participation which captivates the attention of all guests. John has performed for large audiences to smaller venues that utilize more of an intimate setting doing strolling or walk around entertainment.

Children shows range from Birthday Parties to schools, libraries and outdoor festivals engaging not only the younger ones with hilarious comedy and startling magic but thoroughly entertaining the young at heart as well. Adult shows from private functions, to weddings, receptions, anniversaries, holiday parties and corporate events, are shows that always leave a lasting impression. 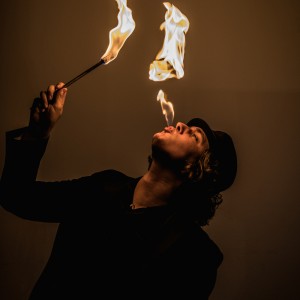 Angela W. said “Our church had a dinner gathering and we booked Matt for our entertainment. Our dinner party of 38 was an older group (over age 50). Matt is such a nice…” 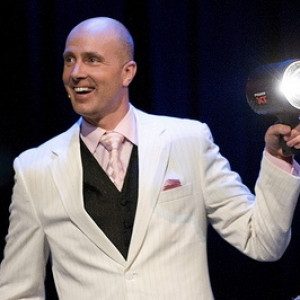 Oliver L. said “The title doesn't lie folks! Bob Cates and his lovely wife Jane pull off an incredible show time and time again. If you ever feel like having a date night…” 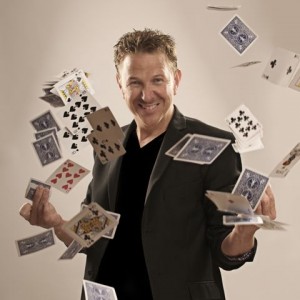 Maureen M. said “Great stage presence, engaging and mesmerizing. That's what our Members were saying about Kevin. Kudos to Kevin for keeping a room full of engineers and…”