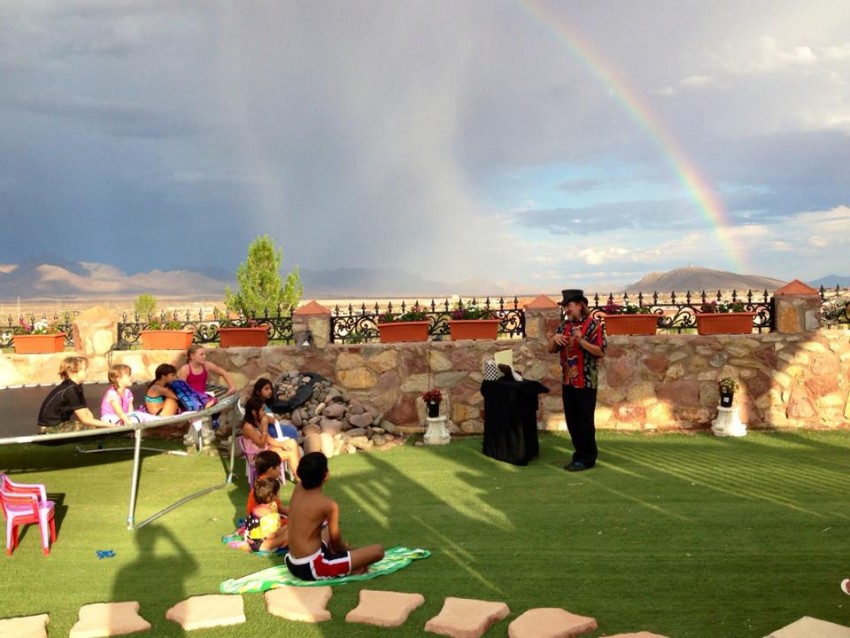 Jamie O'Hara is The Magic Guy - 22 years full-time, 5000 performances. Entertainer - Speaker - Magical MC, Jamie brings wit, magic, and an instant connection to your audience to deliver memorable fun and meaningful messages!
he has spoken to over a million students and teachers, presented as a keynote speaker and workshop presenter.
On-Stage or Up-Close his skills are first class and the Audience is the reason he is there.
Ensure your group or association will be talking about your event by topping it off with a real magic touch.

We hired Jamie to perform at out church. His show was a hit! It was designed for the kids but the adults loved it too. Jamie has a knack for communicating. His wit and ability to improvise as the situation changes is admirable. He knows how to deal with a house full of kids even when they start acting up. He knows how to respectfully calm the kids down and continue with his show. He's very professional and I highly recommend him for any event. This was money well spent.

I have had Jamie perform numerous times at schools where I served as principal. He was always effective, efficient, professional and prepared. The children and staff truly enjoyed his shows and they were never the same. He made them laugh and enjoy themselves. I would hire Jamioe again, should I have the funds or opportunity. (this review doesn't allow me to input the fact that I am now retired and do not have access to the dates he performed.)

This guy is fabulous!

I hired Jamie for a family event and he exceeded our greatest expections. He was professional, entertaining, and completely charming. I would highly recommend him for any and all types of events. He dealt with even difficult guests with grace and humor. Everyone went away thoroughly impressed. He made my event!

Jamie O’Hara, The Magic Guy, has been performing as a full-time professional Magician and Speaker in the New Mexico and El Paso, TX area for 22 years.
Educational magic shows, or edutainment, have been the cornerstone of O’Hara’s business. Over the course of nearly two decades, Jamie has presented nearly 2000 educational school assemblies to students in New Mexico, West Texas, and Arizona.He has presented over 800 programs at public libraries in New Mexico and El Paso since 1991.

Over the past 22 years you may have seen The Magic Guy at any of the following events: Fiesta de las Flores, Generation 2000, The Southern New Mexico State Fair, The Whole Enchilada Festival, The El Paso Downtown Festival, The Renaissance Craft Fair and many other events and business promotions. Jamie entertained for the El Paso YWCA branches for 10 years as well as the Jewish Community Center for 17 years.
Year after year organizations such as the El Paso Community College, UTEP, NMSU, UNM, Doña Branch Community College, the United Stated Army, and the United States Air Force continue to use Jamie’s talents as an entertainer and speaker.

O’Hara’s accomplishments are not limited to local events either. He is a three time finalist in the International Brotherhood of Magicians (IBM) Close-up Magic Contest and a First Place and Best All Around winner at the 1996 IBM Strolling Magic Olympics. In addtion to shows in El Paso, TX and throughout New Mexico, he has performed in cites coast to coast; San Diego, CA Norfok VA, Scarsdale, NY, Orlando, FL, Dallas TX, Baltimore, MD, Salt Lake City, UT, Quebec City, Canada, Amarillo, TX, Laughlin, NV, Phoenix, AZ, He served for 9 years as the Head Judge for the IBM Stage and Close-Up contests, and has consulted with several award winning magicians on improving their acts.