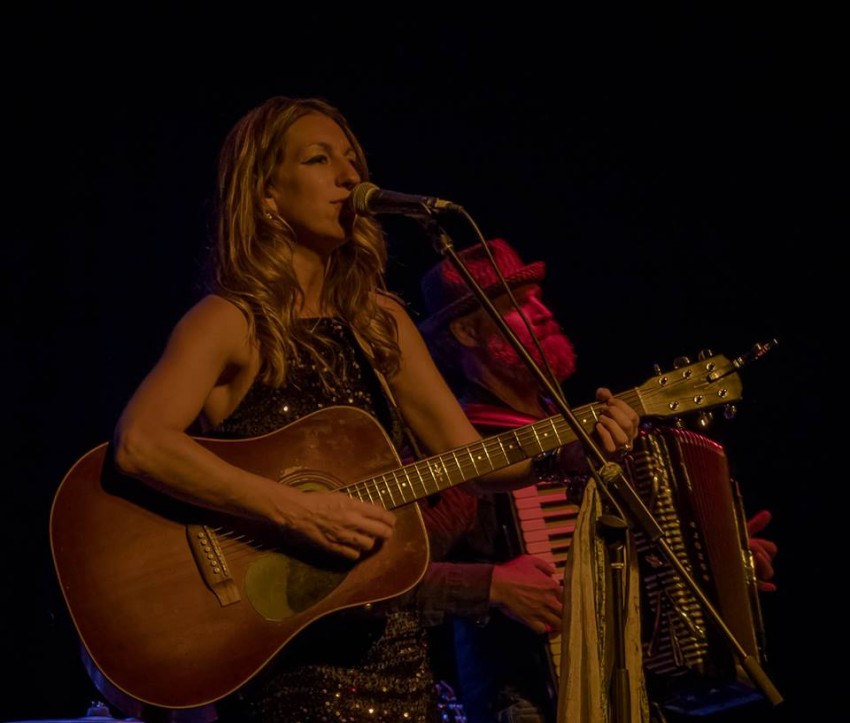 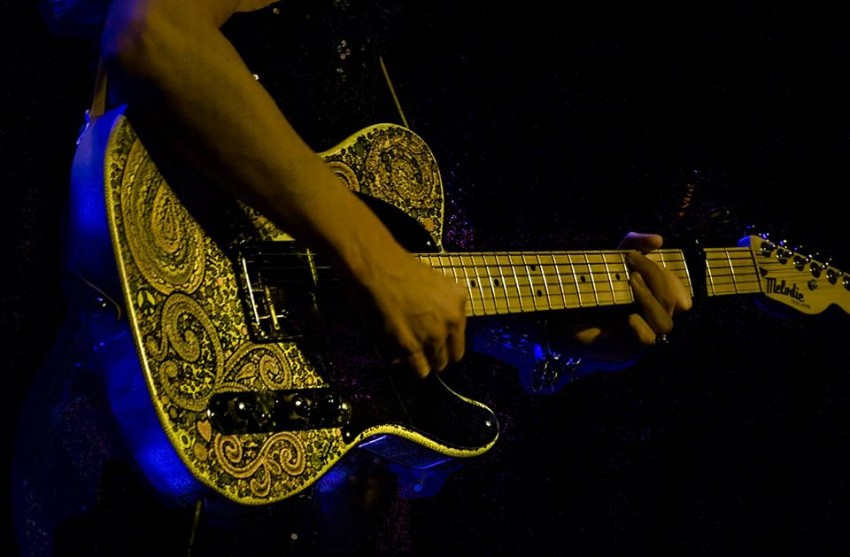 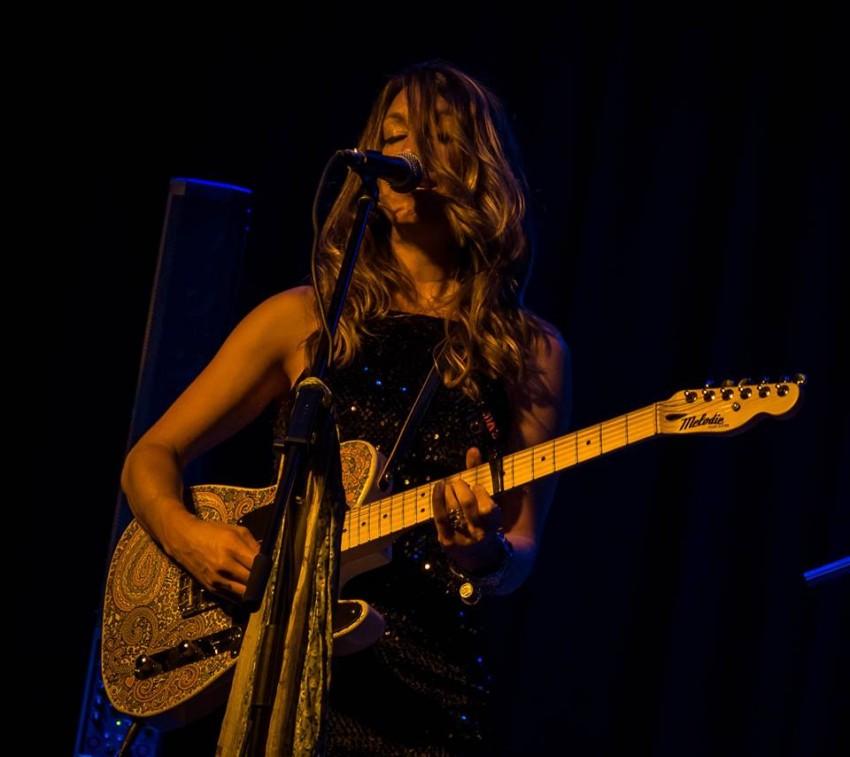 We are a group from Syracuse, NY and play as a duo, trio or full band. We have more than 100 originals and cover artists spanning Ray Charles to Stevie Ray Vaughan to TLC to Miranda Lambert. Our instrumentation ranges with guitar, violin, accordion, piano, bass and drums and up to four vocalists. We can cater the music to any situation - cocktail music, full party band, solo instrumentals, etc. Anything goes! And we want to play your event!

* We will negotiate for gigs outside of the 60 mile range.

Be the first to review The Jess Novak Band

The Golden Novak Band can cater to any occasion. Services include:

- solo violin, piano, guitar, voice, accordion
- duos of any variety (inquire for details)
- a trio that features violin, guitar, accordion, keys, percussion and three vocalists
- combinations that focus on blues, rock, jazz, singer/songwriter styles
- a full four or five-piece band for any large-scale party
- original music or (quite literally) just about any cover you can imagine spanning classical to modern pop
- music for any and all ages (we have performed at both schools and nursing homes)

In addition to the music - GNB is made up of positive people who LOVE to play. You will not just be getting musicians, but performers, who know how to interact with an audience whether that includes children or the elderly. Whatever the occasion - GNB can cater to it and make it special for YOU.

Known for their passion, energy, superb musicianship, engaging songwriting and ability to win any crowd, Jess Novak's projects all deliver. With a strong roots, blues, rock and soul-pumped sound, the groups bring fire in every formation of the band – duo, trio, four or five-piece. Having touched audiences up and down the East Coast – from Burlington, VT to Key West, FL – and playing more than 250 dates annually, the sound gets tighter with each show.

Jess Novak (violin, guitar, vocals) works with Mark Nanni (of Los Blancos) on piano, organ, accordion and vocals and Byron Cage (Tommy Castro, Joe Louis Walker) on drums to create a powerhouse sound. Her work is being played on radio stations worldwide (D.C. Coast to Coast, IndieOutbreak) and written about at home and across the ocean (SEE PRESS). Novak has played such prestigious rooms as The Cutting Room (NYC) and The Saint (Asbury Park), opened the 23rd Annual Chenango Blues Festival (with headliner, Ronnie Earl) and shared stages with groups including Ghost Town Blues Band.

Novak released her solo debut album, Bad Habit, in December 2013. Her group, The Golden Novak Band, released their self-titled debut album in August 2014 and their follow-up, Rodeo, was released in October 2015.

Novak has played with projects spanning RESPECT: CNY Women in Music to Vinyl Albums Live to BeatleCuse, providing a strong musical background, easily adaptable to any situation or genre. Her work spans hip-hop beats to throw-back soul to straight-up pop making for music that engages any listener.

"Written and performed with the grace and skill of a seasoned veteran, Bad Habit is one you’ll want to get into." - (link hidden)

"Some bands have a way of making a modern version of a classic-rock sound. The Golden Novak Band is a band that has perfected that art." - Examiner

"So many musicians and bands are often labeled as eclectic, but Novak...truly fits that billing, melding blues, rock and roll, pop and rhythm and blues with hints of improvisation to form something that you need to experience to understand." - (link hidden)

We have performed on stages for thousands and in the grass all-acoustic. Depending on the style of your event and what formation of the band you're looking for (solo, duo, trio, full band), we can work with what you have available.

Songs include (but are not limited to):

- Rat a Tat > Fire on the Mountain
- Casual > I Know You Rider
- Good Enough
- Haven’t Found You Yet
- New Song
- Chasing
- Thursday
- Friday
- Before I Rust
- Protect You
- Stand
- One Day at a Time
- Let it Shine
- No King Am I
- The Phone
- Jileen
- Climbing Up This Mountain
- Only You
- Things I Told Myself
- Prove Me Wrong
- Bending, Breaking
- Sunday Morning Song
- Hands On
- Impenetrable Coffee
- A Hustle
- Run To Me
- ‘Till the Sun Goes Down
- Not Today
- Little Things
- Patience
- Kissed Goodnight
- Worth it All
- Changes
- No One Like You
- Told You So
- My Everything
- Parachutes
- Down on My Luck
- These Friends of Mine
- Still a Stranger
- Friends
- Selfish Boy
- The Fool 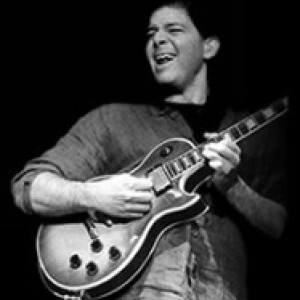 Christine E. said “They band did a great job!! They even let the kids sing and play the drums!” 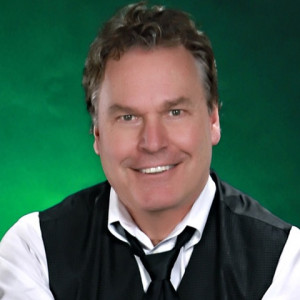 Joseph K. said “We hired The Uptown Groove for our wedding and couldn't have been more pleased. Seth was great to work with from beginning to our big day itself. He handled…” 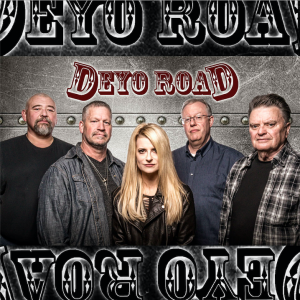