The Harper and The Minstrel 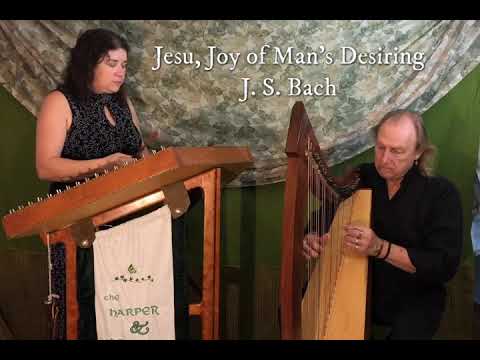 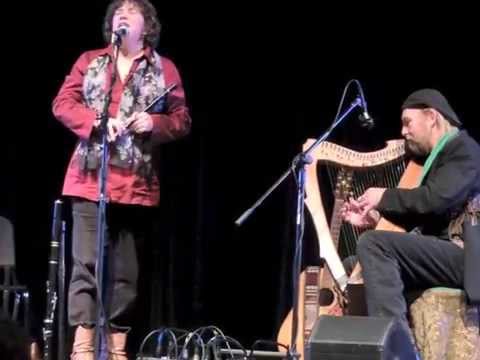 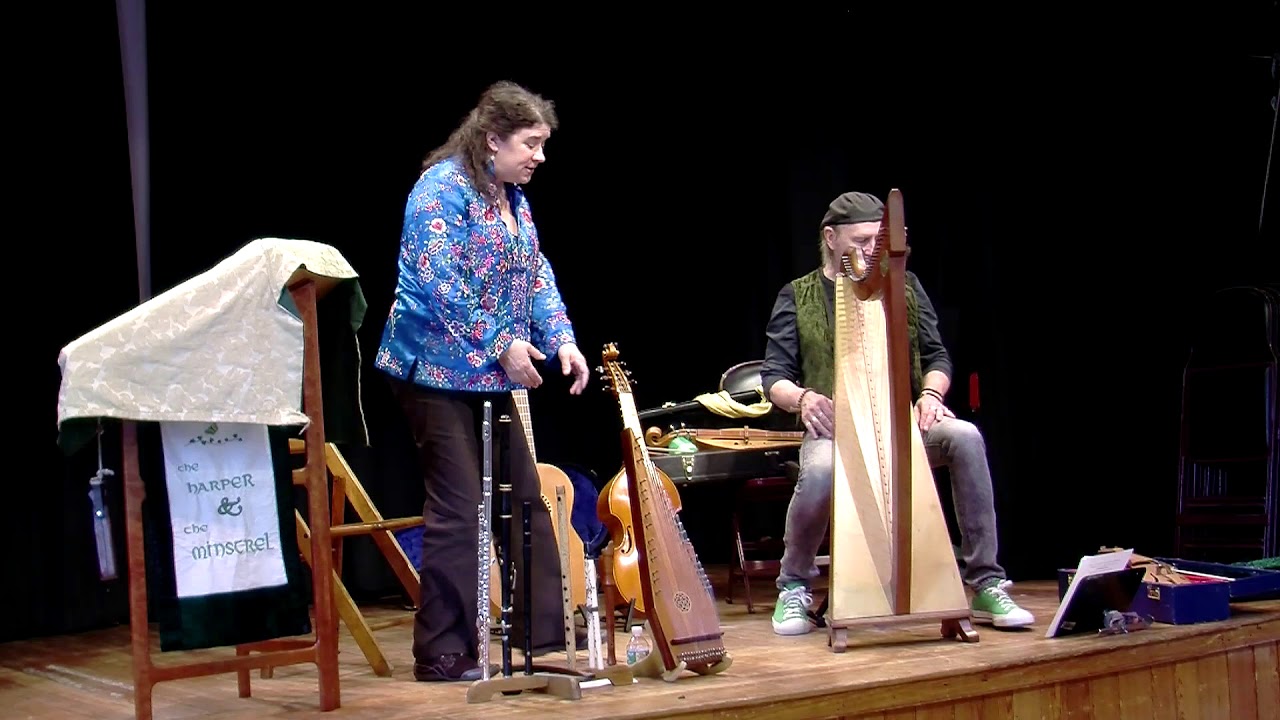 Pachelbel's Canon
The Harper And The Minstrel 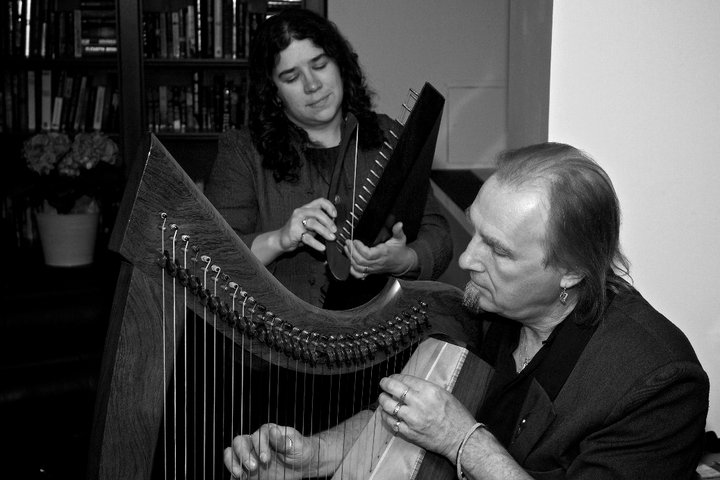 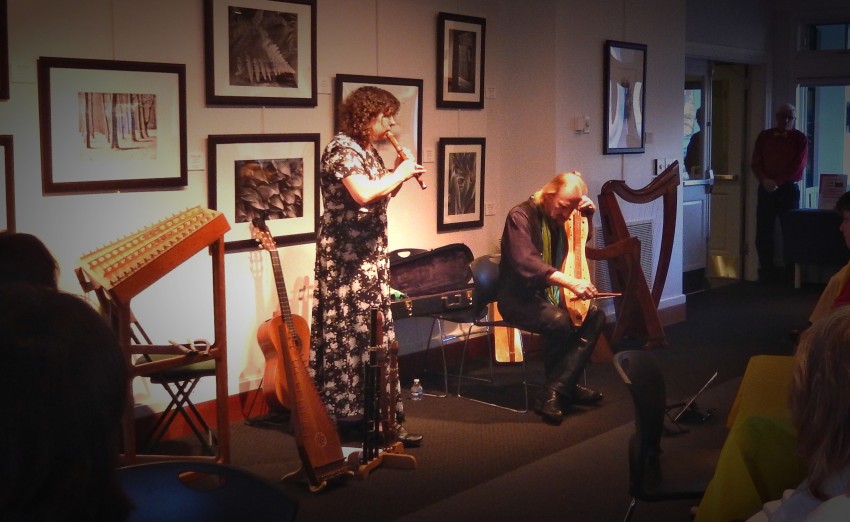 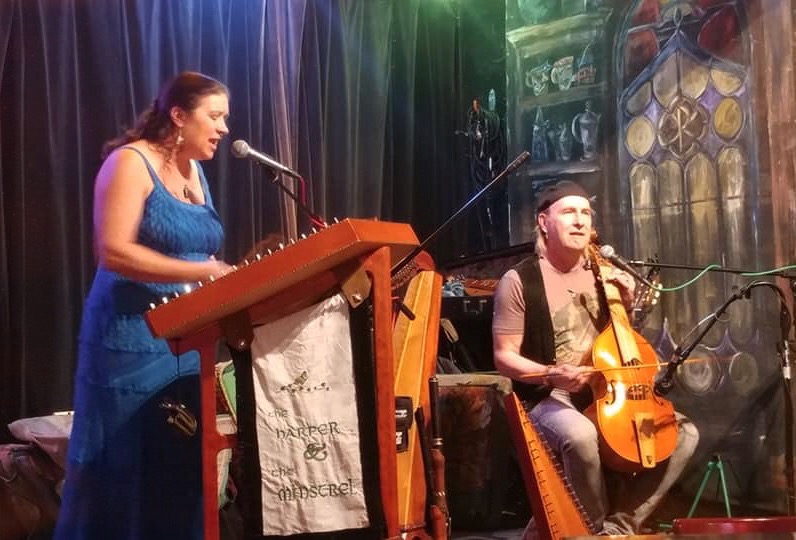 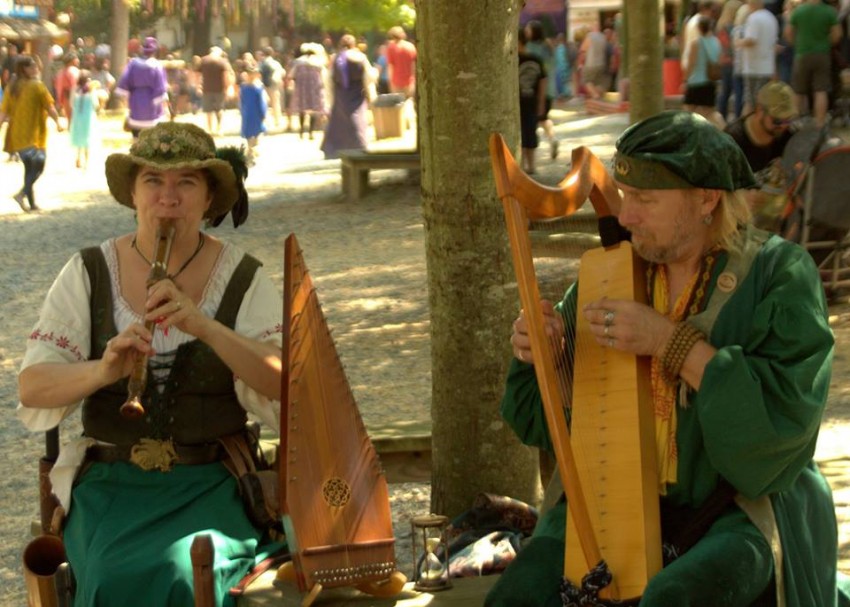 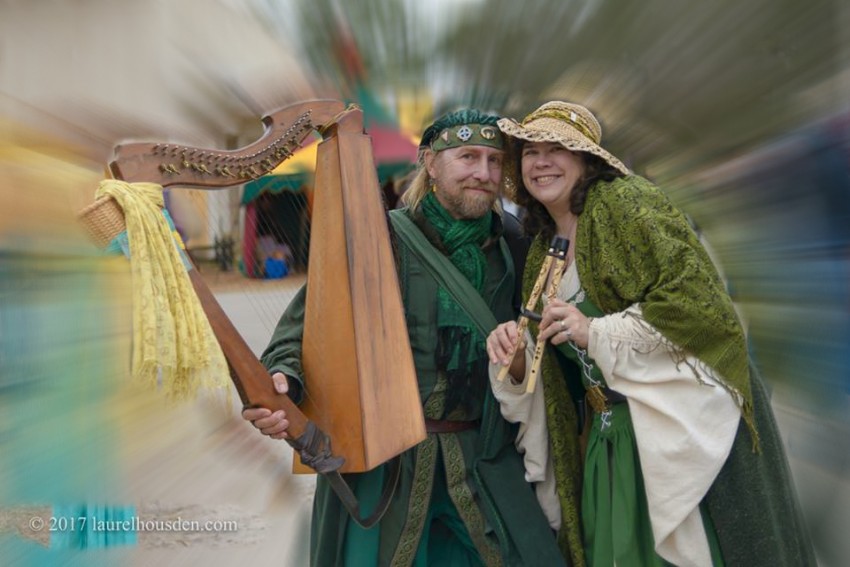 Celtic and Early Music performed on a variety of instruments.

The Harper and The Minstrel are Jay & Abby Michaels.
Their unique sound is influenced by Celtic, Medieval, Renaissance & Baroque Music.
Abby's angelic alto & Jay's smokey baritone are accompanied by a variety of instruments:

Will perform anywhere in USA with stipulations

These guys brought so much to my mom’s memorial service, playing beautiful Celtic harp and penny whistle tunes that my whole family loved. The service would not have been the same without them. Their music highlighted a gorgeous summer day. I highly recommend them!!!!

The experience we were hoping for, and more!

The Harper + the Minstrel brought their full personalities and excellent musical performance. I would definitely recommend them. For our event, we wanted music that set the ambience for my Irish grandmother who was turning 90 with a few upbeat, clap/sing along songs towards the end. Everyone had an awesome time and was talking about the way this group was able to take the celebration to the next level.

Wonderful cocktail hour band, great sing-alongs. Really made my wedding. Jay and Abbey are super friendly and really brought me back to Ireland with their jigs and reels. Their vast arrays of instruments kept the music lively and entertaining throughout. I can't thank them enough for their performance !

Insurance: $1,000,000 - We have liability insurance. A certificate is available upon request.

The Harper and The Minstrel are Jay and Abby Michaels

Passionate performances of Music from the past sung and played on a variety of Traditional Plucked, Bowed, Hammered and Woodwind Instruments including:

The Harper and The Minstrel specialize in beautiful Ayres and Ballads, but are quite adept at Jigs, Reels & Dances. Their vast repertoire includes unique arrangements of Music ranging from Medieval Spain's 13th Century Cantgas de Santa Maria to the music of Elizabethan era English Lutenist John Dowland to 17th Century Irish Harper Turlough O'Carolan to the Music of Sting, The Beatles and much more;

Their own Enchanting Compositions.

A Concert with The Harper and The Minstrel features an array of instruments expertly played, and Music that spans many centuries.
Concerts can be themed:

The Harper and Minstrel can appear in Medieval/Renaissance costuming or modern Formal Attire.

Since 2002 The Harper and The Minstrel have brought their music to many venues in America including Folk, Renaissance, Medieval, and Celtic Festivals, Coffee Houses, Libraries, Schools and Concert Halls.

"You can best judge a musician’s acumen by the way they interpret music, whether that music is familiar to you or obscure...Jay and Abby Michaels’ deft adaptations of songs from Sting to Robert Burns are thrilling, and they reveal the pair to be artists of some skill."
-Motif Magazine

The Music of The Harper and The Minstrel and Jay's Harp playing have enhanced several Television programs including ABC's Nashville & Secrets and Lies, NBC's Parenthood & Parks and Recreation, Fox's Lie To Me, & Rosewood, the HBO Series Hung and the Marvel/Netflix series Daredevil.

Jay and Abby Michaels are members of
Early Music America

He started on the Trombone in 5th grade and moved to Guitar, Piano and Voice studies in his teen years.

Jay earned a BA in Music from Anna Maria College where he studied Classical Guitar.

He taught Music for many years while performing at various venues in Massachusetts and eventually taught himself to play the Harp.

Jay Michaels plays many instruments including wire-strung Harp, Celtic Folk Harp, Viola da Gamba, Baroque and Classical Guitar, Rebec, Mountain Dulcimer and he sings. He has been a full time musician for the most of his life

In addition to his duties with The Harper and The Minstrel, He maintains a solo Harp career, and produces music for film and TV productions.

Abby Michaels has been involved in Music since she was old enough to reach the keys on the family Piano.

She began singing at an early age and became very involved in the school Music programs.

Abby earned a Bachelor of Arts degree in Music Education from Westfield State College where she studied Opera.

For several years Abby taught music in the public and private school systems, and has also taught recorder and voice privately. She was also a popular soloist for Church services.

She now pursues a full time Musical Career performing hundreds of Concert every year at a variety of venues.

This depends on the venue and the type of gig. We generally require a stage area at least 8 feet wide (10 - 12 is better) and 8 feet deep. If the venue is providing sound, we require 2 vocal mics, 2 instrument mics 4 boom stands and (depending on the type of show) a quarter inch DI with a 10 foot chord.

The May Song
The Stolen Child
Fanny Power
Sí Bheag, Sí Mhór﻿
The Irish Washerwoman
Westlin Winds
Comin' Through The Rye
The Butterfly
The Foxhunter
I'll Tell Me Ma
Petronella
Whiskey Before Breakfast
The Sally Gardens
King of the Faeries
Bonny Portmore
The Road to the Isles
Old Rob Morris/Come Under My Plaidy
Jock O'Hazeldean
She Moved Through The Faire
The Wren
The Parting Glass

This depends on the venue and the type of gig. We generally require a stage area at least 8 feet wide (10 - 12 is better) and 8 feet deep.