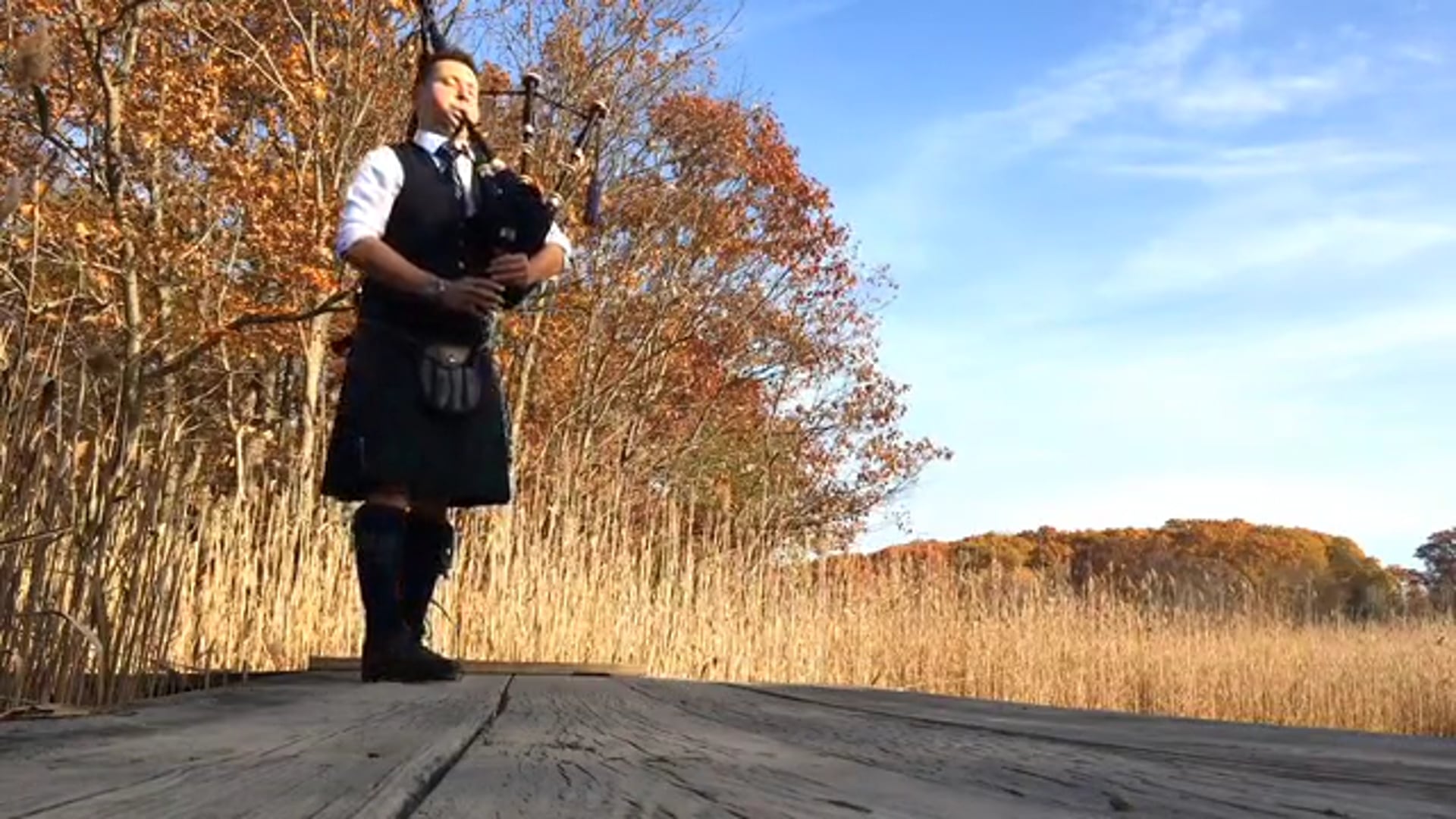 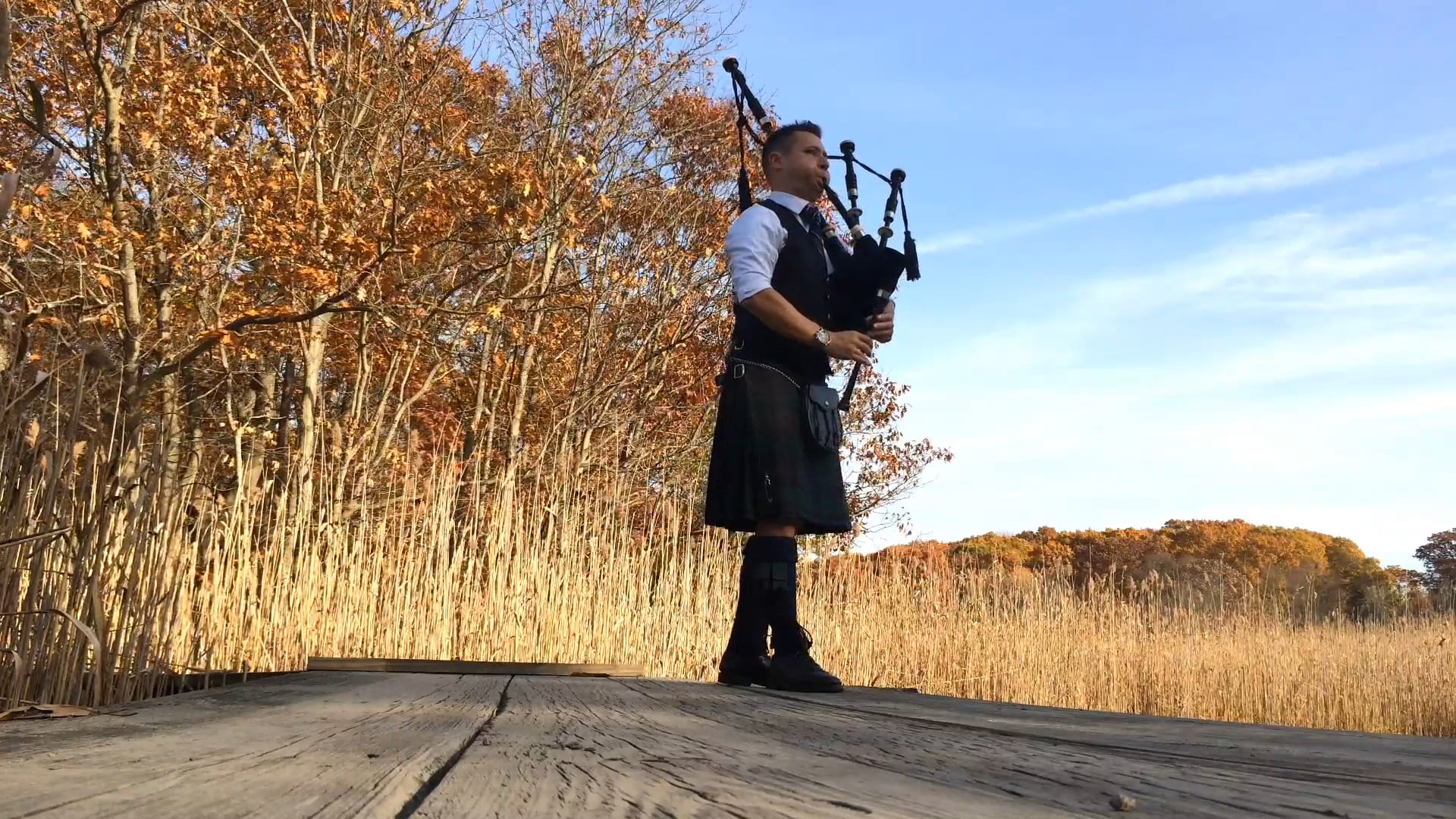 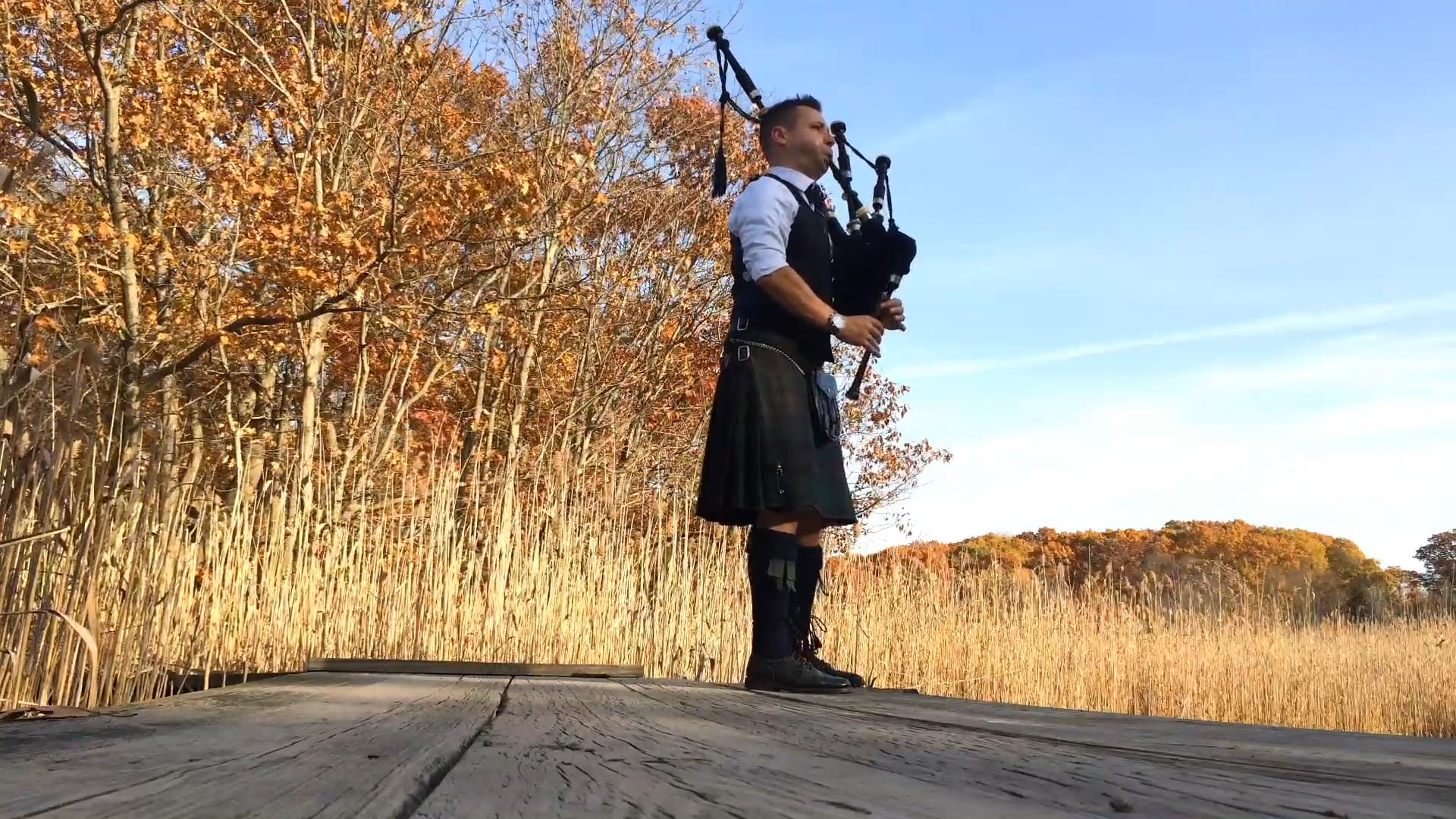 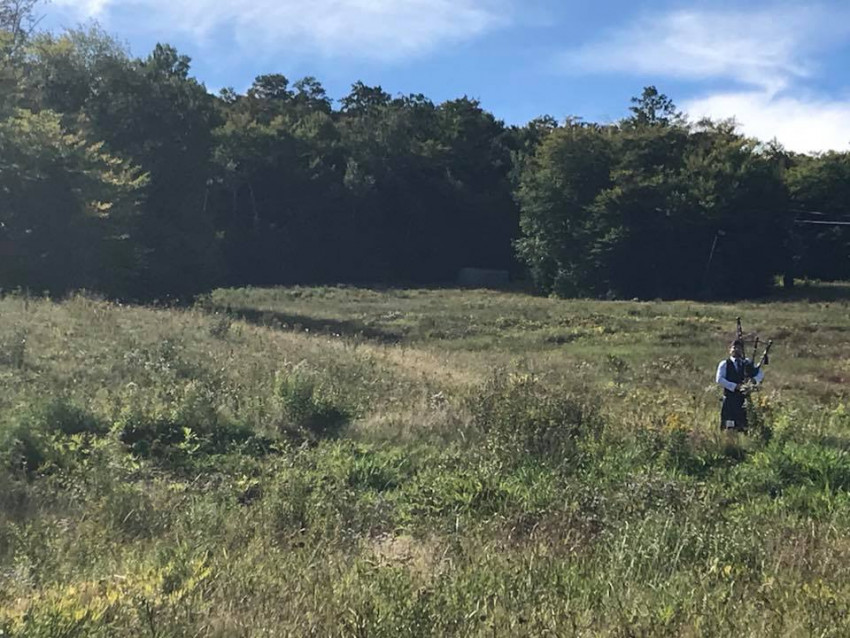 Warming up at a piping competition. 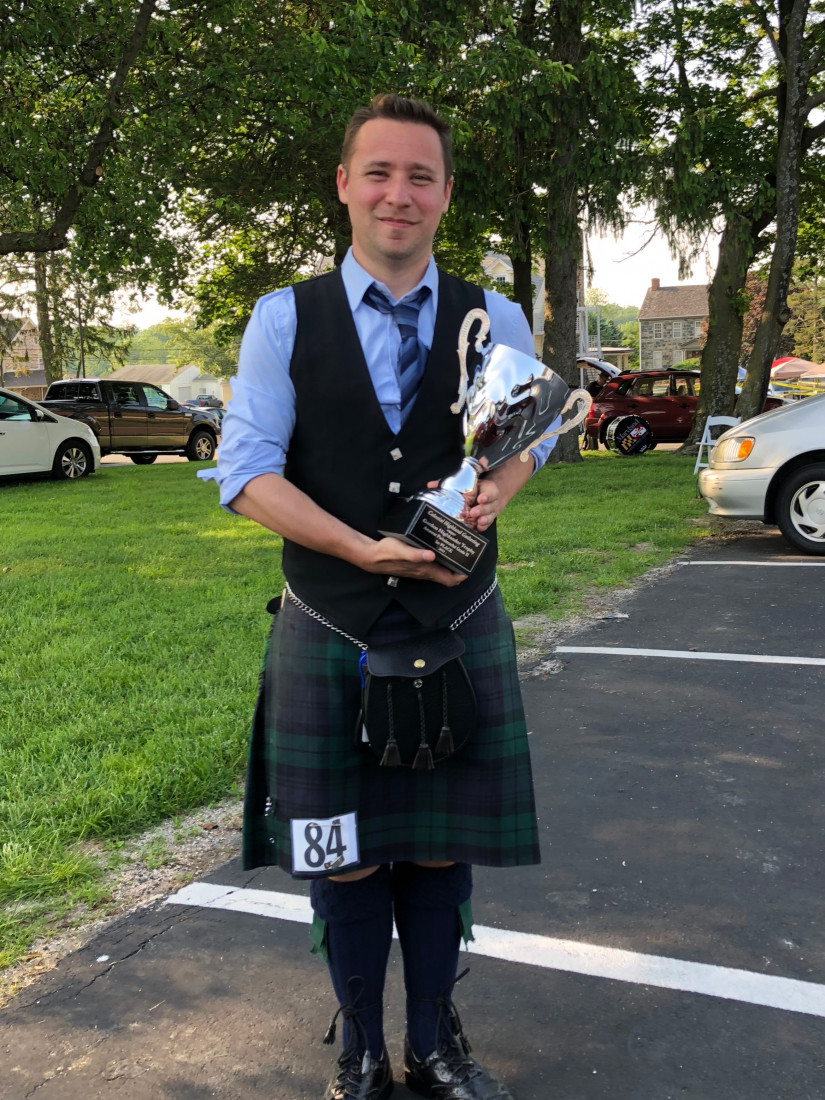 Holding the cup for best Grade 2 piobaireachd tune at the 2019 Colonial Games. 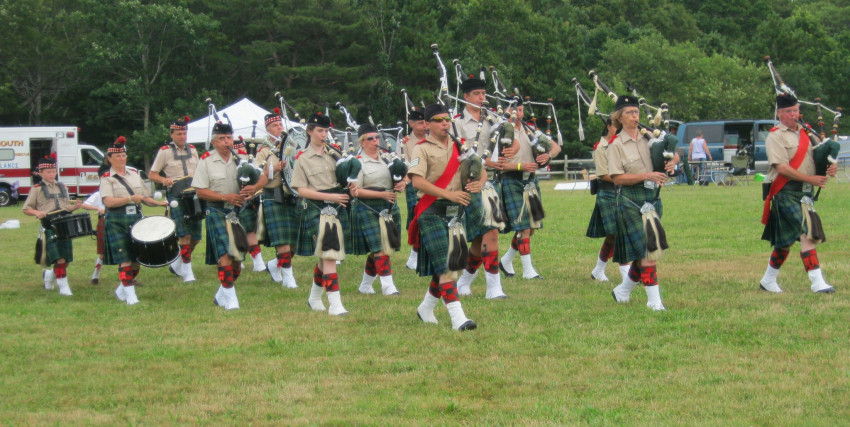 Leading the Highland Light Scottish Pipes and Drums in 2010. 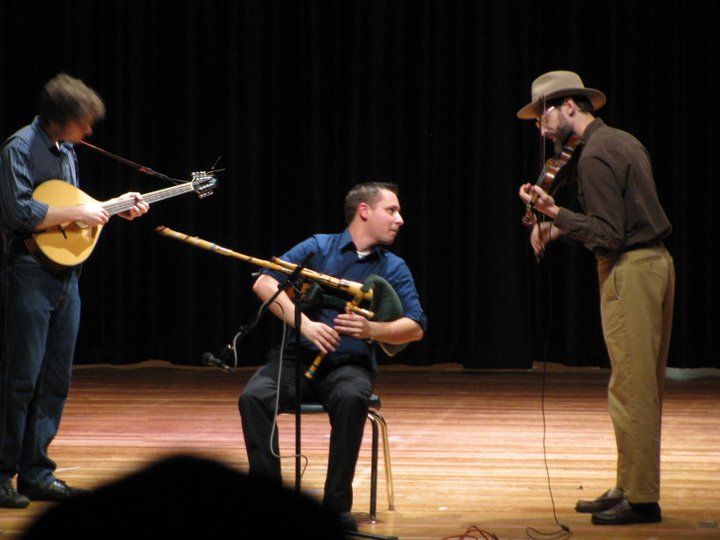 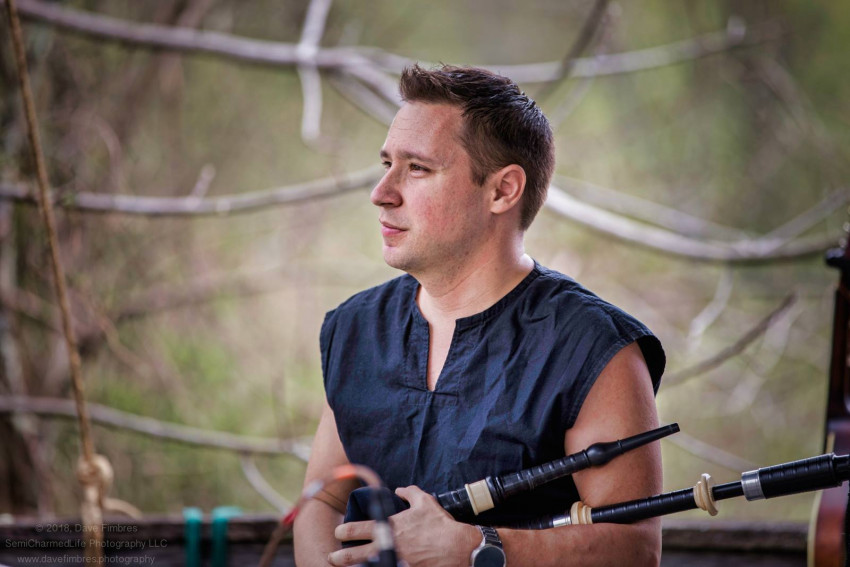 Nice photo from a concert taken by my good friend David Fimbres. 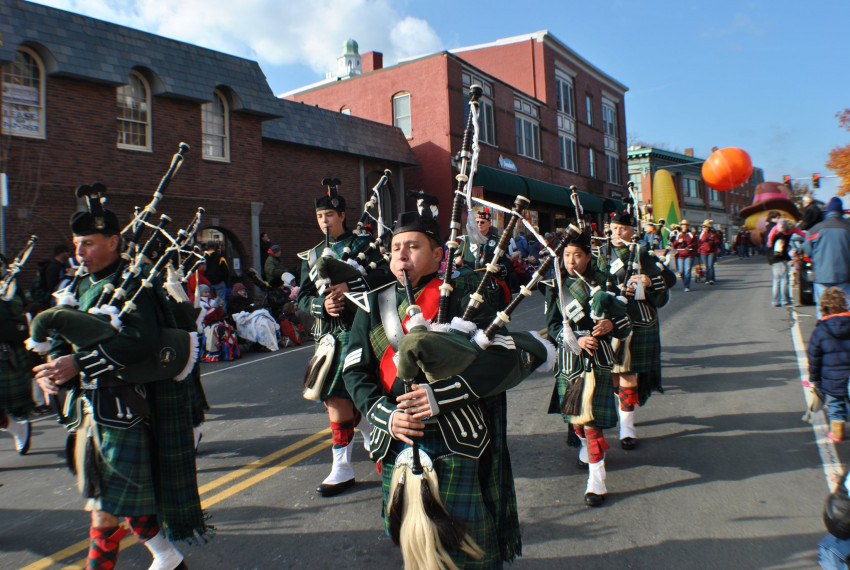 Hi there—I'm new to Gigsalad, but I'm definitely not new to the pipes. I’m an experienced player and performer of a variety of Scottish and Irish-related bagpipes, and I’ve be at it for more than 20 years. Piping is a passion of mine—it’s one I love to share, and my rates for both performances and lessons are quite reasonable.

I've played for countless events over the years, winning numerous awards for competitions as well along the way. But no prize is greater than to see smiles on the faces of folks in the audience.

So please get in touch, and let's discuss how my expansive amount of experience can help to enhance your event.

Be the first to review Nate Silva: "Passion Piper"

Once upon a time (when I was about 12), I was introduced to the bagpipes. I thought they sounded just amazing,
no matter what. At the time I was also really into any and all rock and metal … my favorites were Nirvana, Pearl Jam, Metallica, Guns ‘n’ Roses, etc.

So when someone snapped a photo of me playing at the New Hampshire Highland Games in those early days, it should come as no surprise that the image showed me piping away wearing ripped jeans and a Nine Inch Nails tee-shirt. The image was published in the games’ program the following year sporting the caption, “Punk Piper.”

The name stuck, with “Punk Piper” remaining a frequent (and fitting) moniker for years to come.

Many years later, a group of pipers from Ohio saw me performing onstage with the band Cu Dubh at the Maryland Renaissance Festival. I wasn’t wearing a rock tee-shirt or ripped up jeans this time. Instead, I was running, and jumping and spinning around all over the stage.

They dubbed me “Passion Piper”—the name made me laugh, but it definitely stuck—most of all in my head.

So I’ve had a lot of phrases used to describe me in relation to piping—the most appropriate of which all seem to start with the letter ‘p.’

And there’s no doubt about it—when it comes to bagpipes, “passion” hits the nail right on the head. Few things give me more of a thrill than the sound of a brilliantly played pipe.

Among the few, though related, is bringing that passion to others. Whether onstage, in front of a church steeple, or with a student, I don’t want to keep it all to myself. I yearn to share it.

I think part of it goes back to one of the very first circumstances that led to my father asking me if I’d like to start learning the pipes. I’ll go into more details on my background elsewhere, but a large part of it all stems from an early encounter when I was about 10 or 11. My parents took me up to P.E.I. for a short vacation that summer. One of the most memorable events from that trip was a small, harborside concert being put on by a solo piper in Summerside (presumably put on by the College of Piping).

I was completely enthralled by the performance. This was made quite obvious to everyone in attendance as I was jumping up and down all over the place to the sounds of the fellow’s playing. At one point, someone apparently went up to my father and told him:

Well, one thing led to another, and eventually my father followed through with heeding the man’s directions.

Unbeknownst to all of us, that little encounter transformed my life tremendously. It’s an amazing thing, but sadly, I don’t even know who those fellows are (i.e. the piper and the fellow who approached dad). It would be truly amazing if I could meet them one day and tell them what a difference they made in my life (as did my father, of course).

I wish I could shake their hands heartily and say “thank you.” But I can’t.

I’ll never know who they are. So I can never thank them, but hopefully I can do something better. I can carry the passion they helped instill in me to others.

Background synopsis:
• Started learning around age 12
• Studied under Eric Armour of Pawtucket and Brian Yates of Winchester (now living in Scotland). Now taking competition-geared instruction from Lezlie Webster.
• Studied at the Gaelic College in St. Ann’s, Cape Breton for at least six summer sessions, taking classes from pipers such as Bob Worrall, Ed Neigh, Ken Eller, Ann Gray, Mark Stewart, and many others.
• Played with both the Rhode Island Highlanders and Tullach Ard in my youth.
• Played with several ensembles over the years, including a Cape Breton style group called Tri (then called the Boston Kiltics).
• Later played with the Highland Light Scottish Pipe Band, serving as pipe sergeant and then pipe major before moving to the Boston area. The band was grade 4 at the time.
• Frequent performer with Cu Dubh from 2012-2020, a bagpipe and drum stage act that tours around the country year-round. Cu Dubh performances have taken me all over, from Ontario down to Florida, and California. Thank God for frequent-flier programs.
• Moved to Salem, Massachusetts in 2018. Started actively teaching bagpipe lessons and actively competing in solo bagpipe contests.
• Started solo competition in 2018 at the grade 3 level with the permission of the EUSPBA music board. Was named “Grade 3 Piper of the Day” in contests at Fair Hill (Group A), Round Hill, the Jersey Shore Piping & Drumming Classic, Quechee, Altamount, and Loon Mountain. Ranked #2 overall for grade 3 in 2018.
• Granted an upgrade to grade 2 level for 2019. Took several prizes in 2019, including the Gordon Highlander Trophy for grade 2 Piobaireachd at the Fair Hill Highland Games, “Grade 2 Piper of the Day” at the Cumberland Valley Highland Games, and first place in piobaireachd at Loon Mountain. Ranked #3 overall for grade 2 in 2019.
• Granted an upgrade to Grade 1 in piobaireachd for 2020.