Back to Comedy Shows 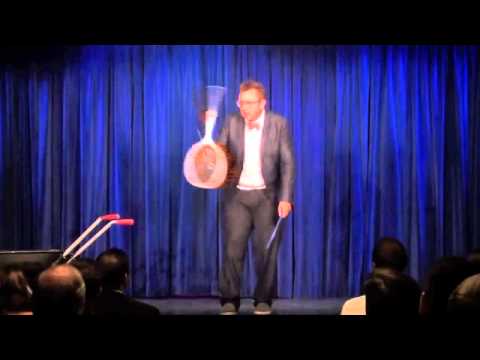 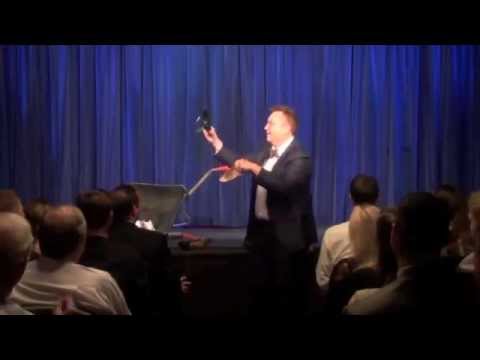 Shoe Balancing at The Magic Castle 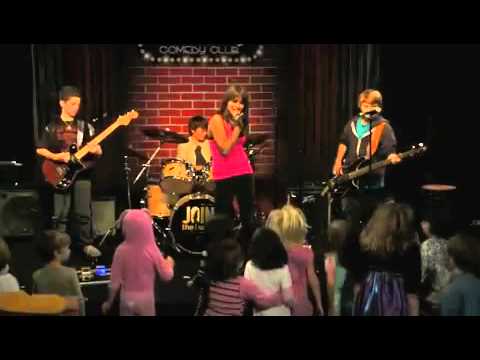 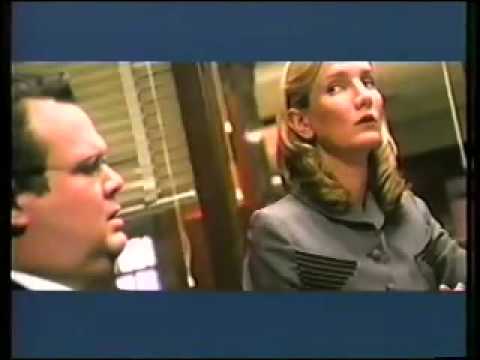 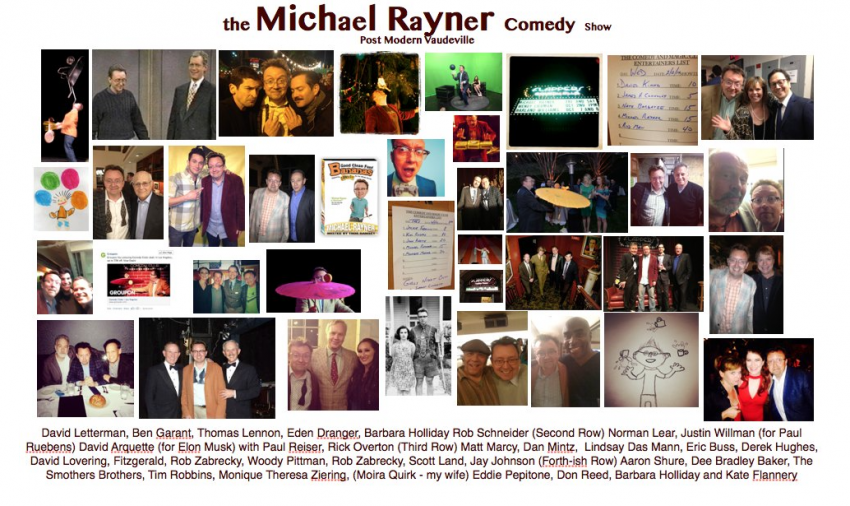 Me with some of my clients. 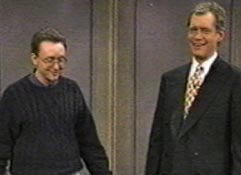 Me and David Letterman 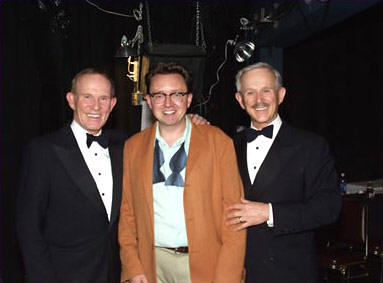 Opening for The Smothers Brothers 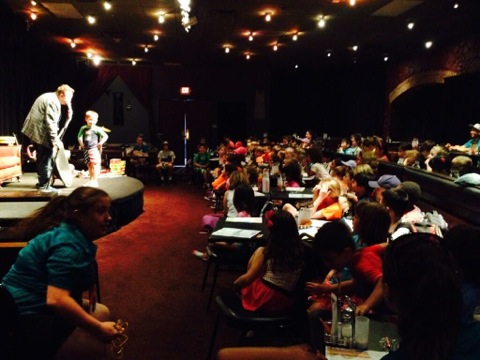 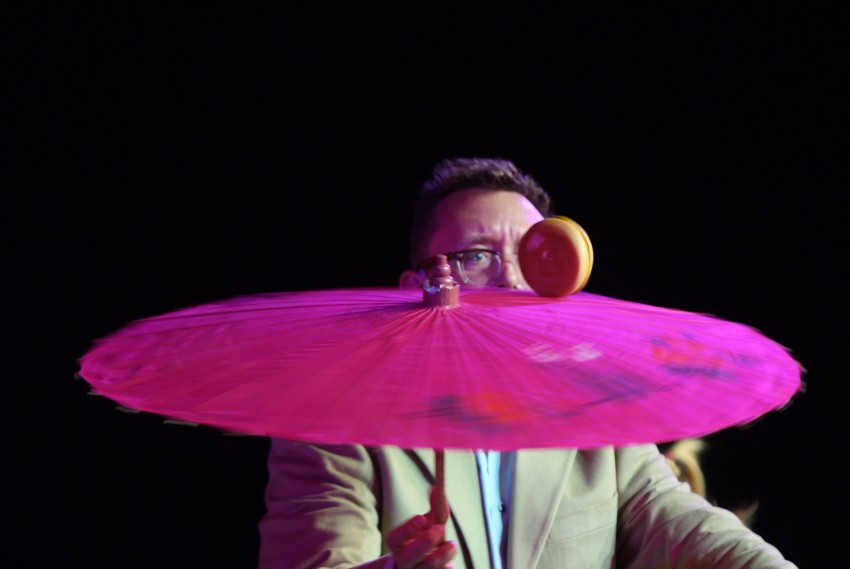 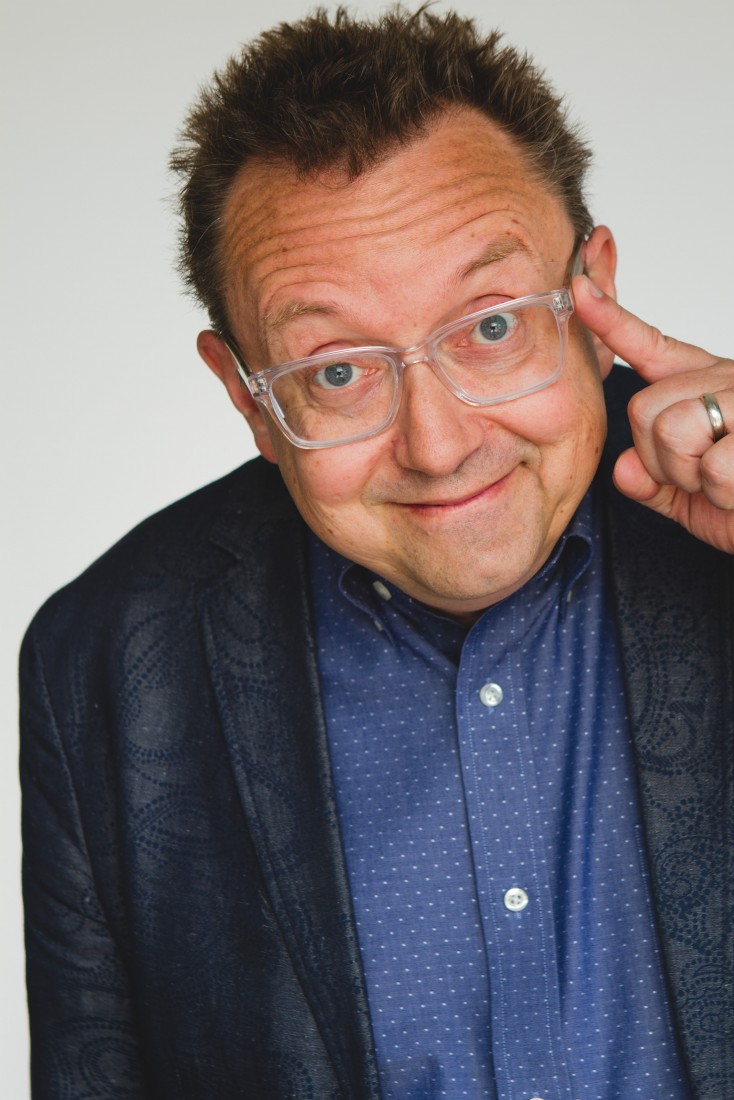 Comedy with tricks. Wheelbarrow balancing, cheeseburger spinning with audience improv. Perfect for all ages. I have performed on The Late Show with David Letterman, Sesame Street and Comedy Central. I also perform warm up on Network Sitcoms, Game Shows and kids Cable shows.

Be the first to review The Found Object Juggling Show

The Michael Rayner Comedy show includes unique tricks that only he does. Currently the only person to spin a cheeseburger (as seen on David Letterman) on an umbrella in the world, wheelbarrow balancing, the chicken towel trick, cigar box juggling made famous by W.C. Fields, and sublime vaudeville stunts for all audiences. He will also balance any shoe from any audience member on his nose. (he's balanced Neil Patrick Harris!) If he can't he'll pay you 10 bucks cash money. You can book a mini-show 0-15 minutes, a petite show 15-30 minutes or the Mega-show 30-60 minutes. Michael can break up his acts to fit any corporate event. His show is appropriate for ages 0 to 100. He can style to any theme. Call and we'll make it work.

His show has been described as “preposterous brilliance” and “whacky jugglement,” a combination of hilarious tricks and stunts with uproarious stand-up and a bounty of improvised fun. His most requested tricks include: balancing a wheelbarrow on his chin; spinning a cheeseburger on a parasol and juggling various surprising objects. Michael has been seen on Sesame Street, Nickelodeon, The Gong Show, 30 Seconds to Fame, The David Letterman show and his own comedy DVD special Bananas with Michael Rayner. He frequently pops up in TV commercials. He was a weird scientist for IBM and a dork washing a cardboard car for Saturn. He played a hapless gas station attendant who tries to take a photo of Elvis in an Energizer battery commercial and has appeared with Ringo Star, Jane Seymour, Neil Patrick Harris and Anthony Quinn promoting other worthwhile products. Michael has done warm-up for many sitcoms including Lucky Louie, The Chocolate News, That ‘70s Show, Reba, Dharma and Greg, Stark Raving Mad, Then Came You, Two of a Kind, Two Guys and a Girl, and the specials Thou Shalt Laugh II and Home for the Holidays.

All stages and venues are possible. For larger banquet rooms and theaters a sound system is required along with a mic stand and hand held mic.