Elder Carter has spoken in a number of venues using the Word of God as the source and basis for any subject with the intent of leading men to the foot of the cross. As such the range of subject matters is tremendous, but everything links back to the Word of God. The Word of God because The Christian Perspective is based upon this foundation and it is the reason for this company. There is none to whom we will not speak.

We will address church anniversaries, Usher Board anniversaries, Youth Groups, Singles Groups, Men’s Groups and Women’s Groups. The subjects are as vast for each, so if you need a reasonably priced guest speaker consider The Christian Perspective.

Be the first to review The Christian Perspective

From the time of his birth, January 24, 1963, it was destined that William James Carter would make an impact concerning the Word of God. Born to the late Robert Edward Carter and Thelma Estelle Carter in Baltimore, Maryland he was named after his maternal grandfather, the late Rev. William James Smith.

Although he was raised in church the realization of salvation did not come to William until his seventeeth year. He soon learned that accepting Christ and living for Christ were two different things. It was late in the year 1981 when action was taken upon that realization under the spiritual guidance of Dr. Wayne E. Anderson, overseer of The Cities of Refuge Christian Churches International.

It was during these crucial years in Hawaii that reality of Christianity was made the center of significance to William. For the first time the importance of study and a true personal relationship with God was realized and implemented into his life. Likewise, working in ministry was instrumental to spiritual growth and grooming for future endeavors. William served as an usher, choir member, parking lot attendant, van driver and a host of other duties.

Outside the church, William started Bible study groups in the barracks, which helped grow the church. Bible studies were also held while onboard the USS Belleau Wood while on deployment in the Western Pacific.

Additionally, Min. Carter studied to become a Christian counselor while in The City of Refuge Christian Church of Hawaii. This study earned him three certificates of Christian counsel, which allowed him to aid in the spiritual growth of new Christians. The act of giving counsel to the babes in Christ kept Him in the Word.

After leaving Hawaii and relocating to Baltimore, Carter was blessed to be under the spiritual guidance of Bishop Johnny C. Carrington, Sr. of the Springs of Refreshing Fellowship of Churches. While serving under the Bishop, as Church Administrator, it was deemed that William was deserving of working in the clergy. In 2001 the ordination service was made and a license was given making William, Minister William James Carter.

Minister Carter continued in a limited capacity as Church Administrator at the City of Refuge Church of Virginia Beach until his recent relocation to Fort Smith, Arkansas where he was ordained as an Elder by Dr. William H. Riley of Fresh Water Christian Fellowship in September of 2005.

Recently Elder Carter started a God inspired business, The Christian Perspective. Using his experience of more than two decades of working in ministry, which include speaking in different venues, Elder Carter will stick with motivation and destiny of bringing men back to the foot of the cross.

Elder Carter as also spent considerable time preparing himself for ministry by way of furthering his education. He holds an AA in Business Management from Tidewater Tech, BS in Religion, MAR Biblical Studies and soon to complete an MDiv Pastoral Studies from Liberty University.

When you call upon this God fearing man to speak don't expect the normal noise you might receive from other speakers rather sit back and listen to the passion of a seasoned preacher. His insight will prompt the audience to look within itself and command that Christians stand and be Christians. Also, when called upon he will pray fervently for those in need. He is certain that God will hear and deliver.

You might not have guessed that this mild mannered preacher is a published author. This is because he is not about promoting himself rather he is determined to promote Jesus and Him crucified. But there is one mantra you might hear from this rugged preacher and that is the cry for the church to return to the old landmarks. 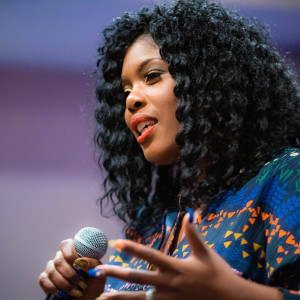 The Healing Incubator Experience is developed to help women heal through the power of forgiveness. We promote healing in an assortment of areas of life. Spiritually,…

Charley M. said “Charles did a great job presenting at our Staff Training Day. His upbeat presentation style coupled with his optimistic message focused on thriving in…”

Jeannette H. said “The comedian E-boogie was really good. My guests loved him.”