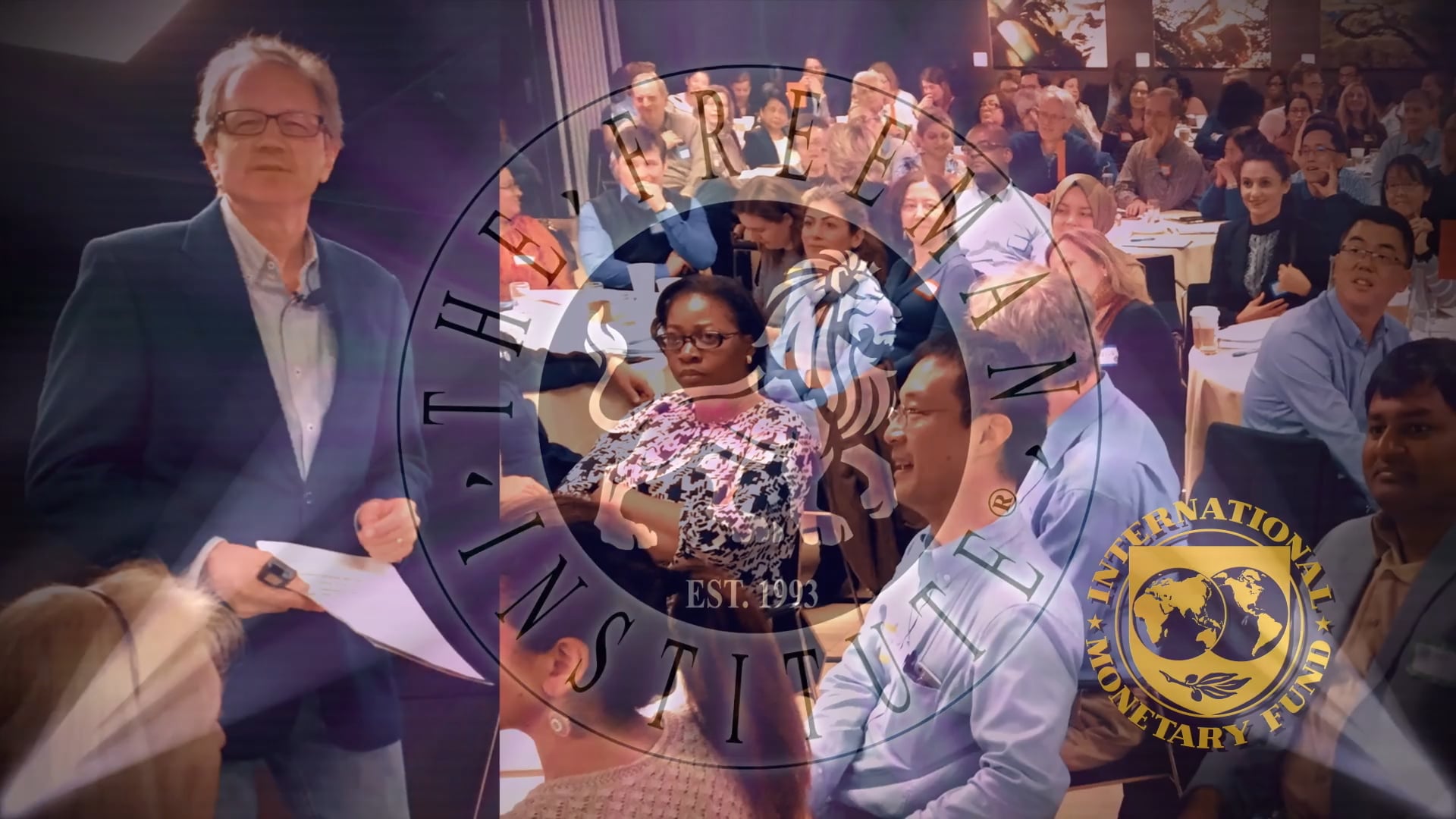 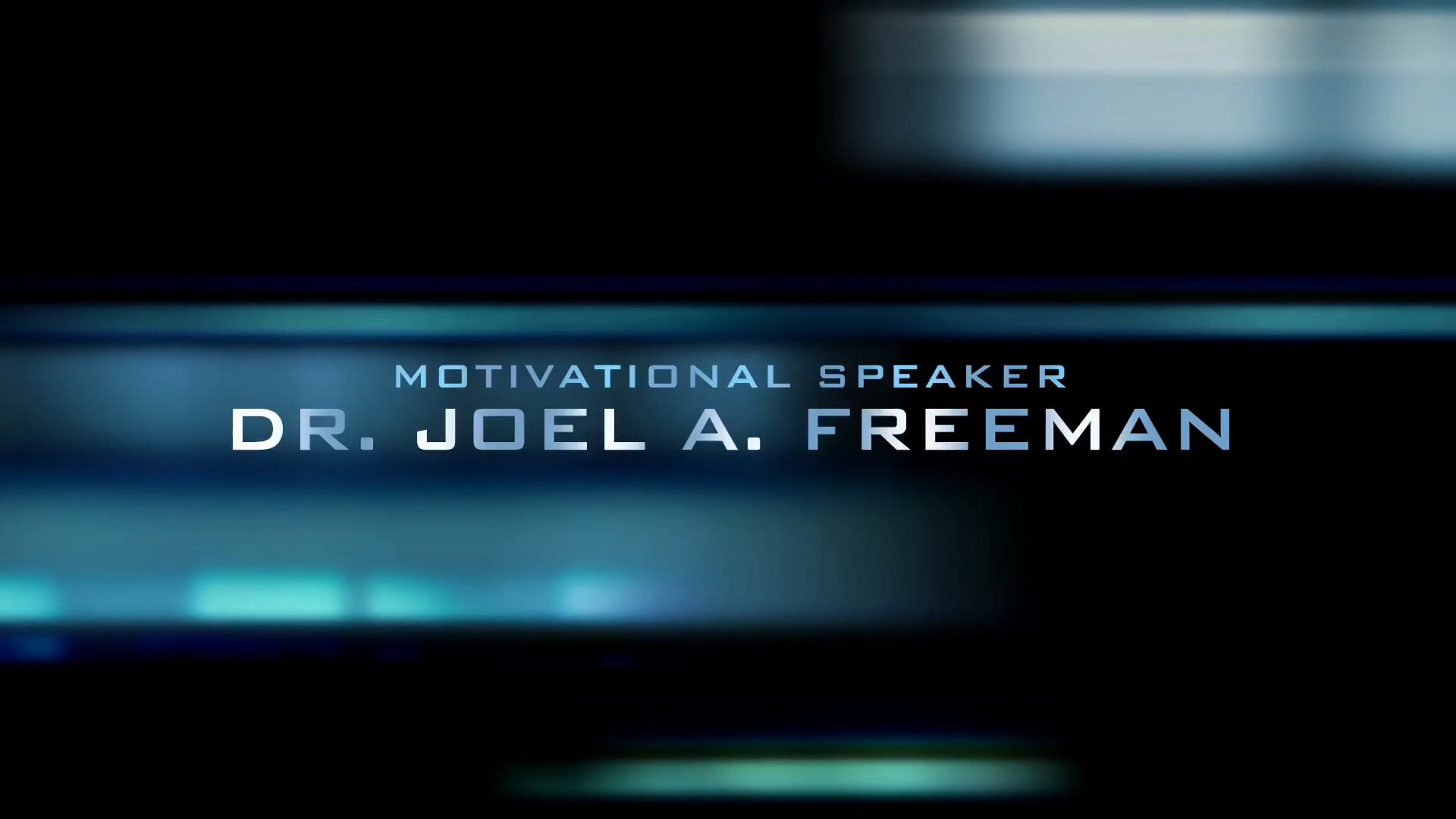 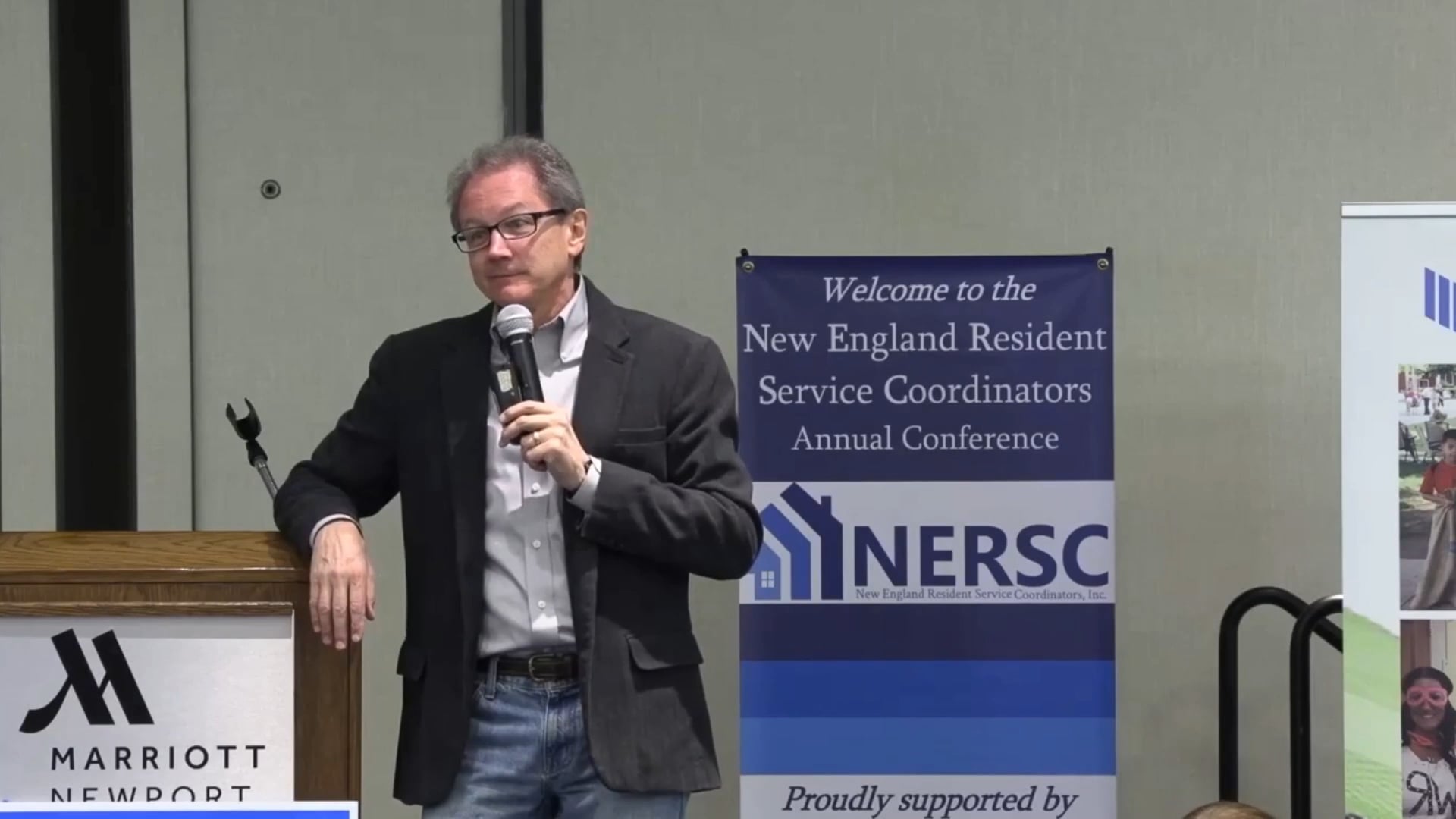 Somebody Needs A Snickers Bar 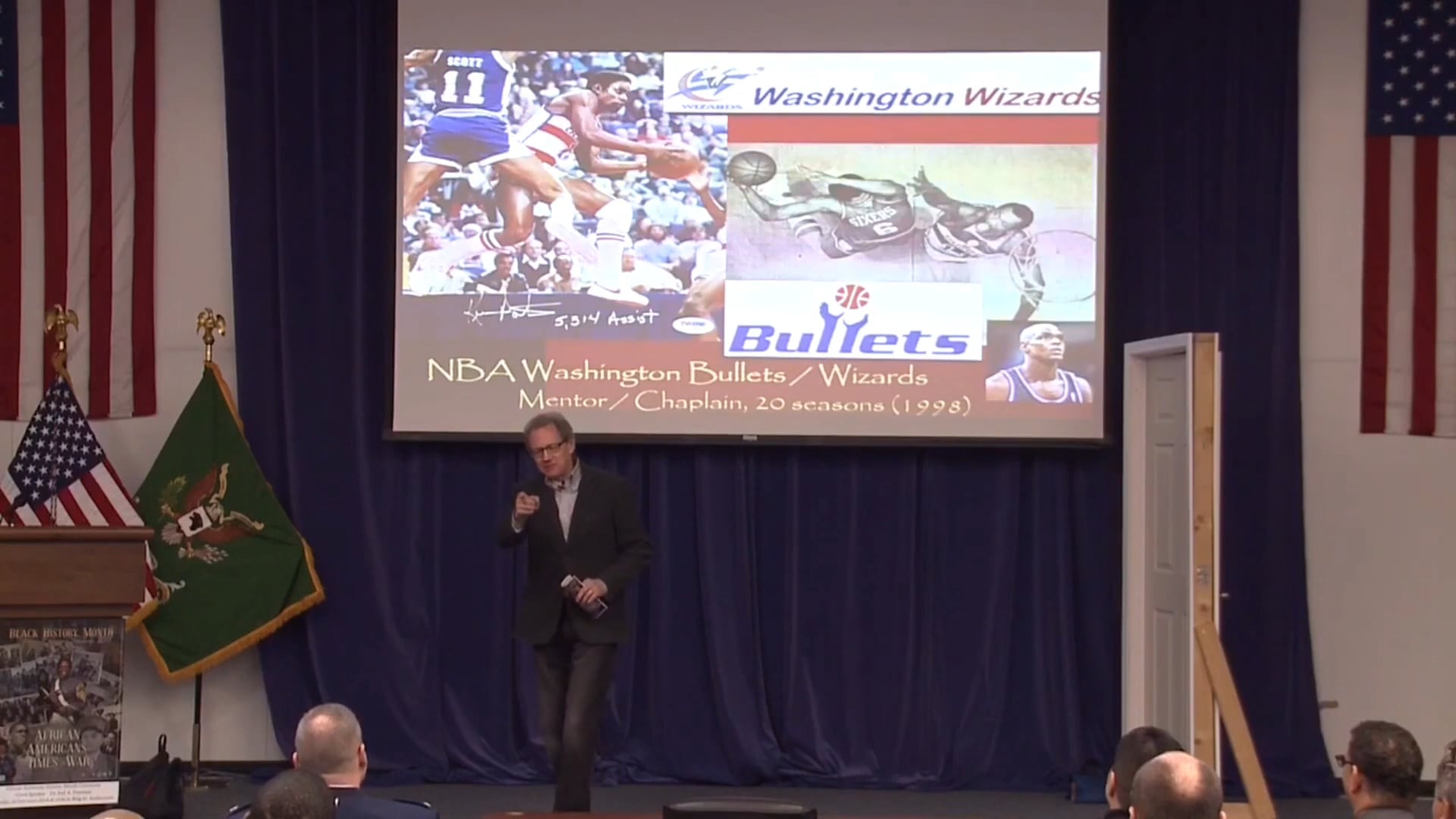 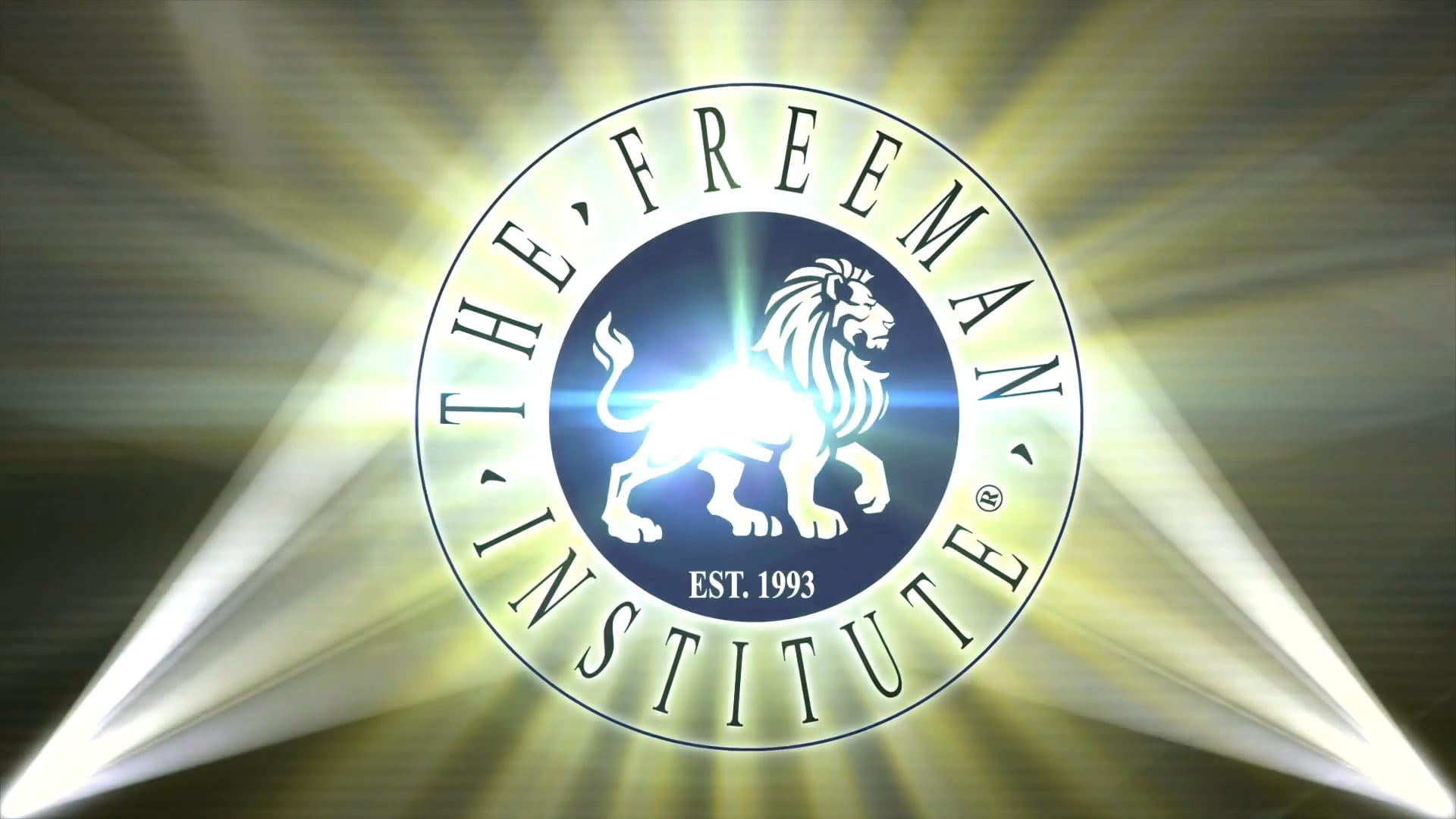 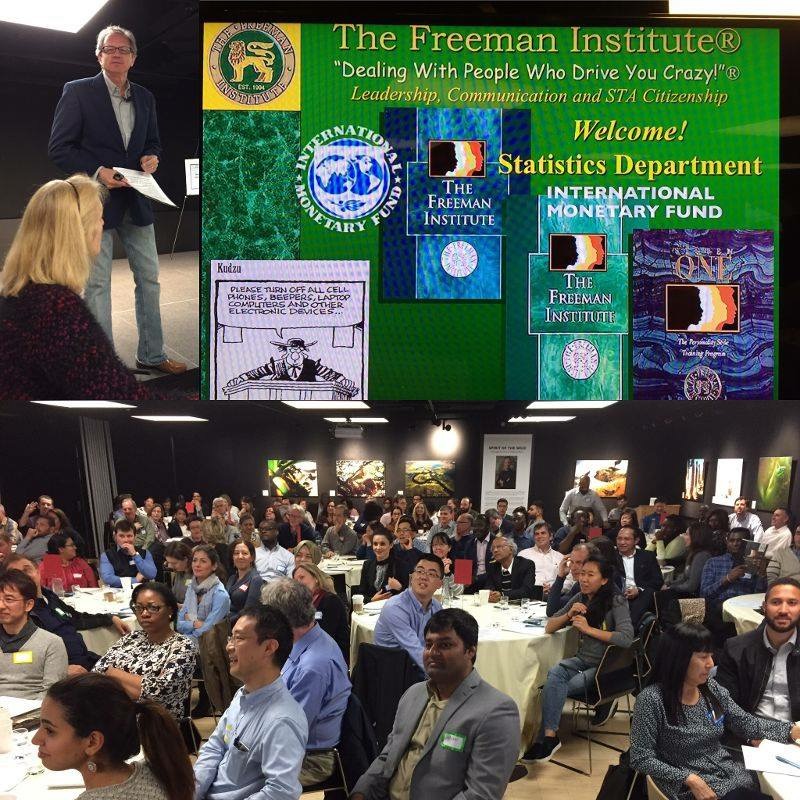 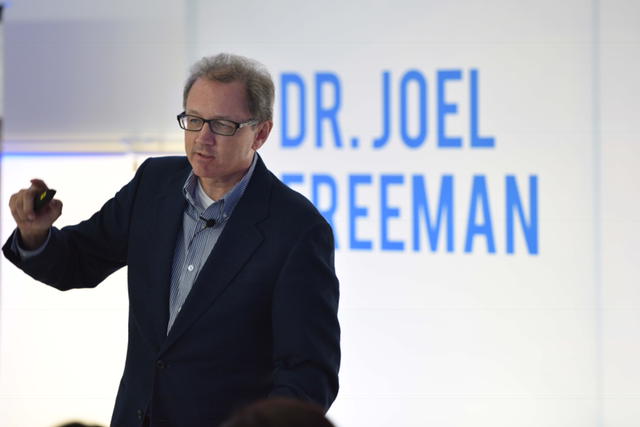 Speaking at an event for multinational leaders in the Maldive Islands 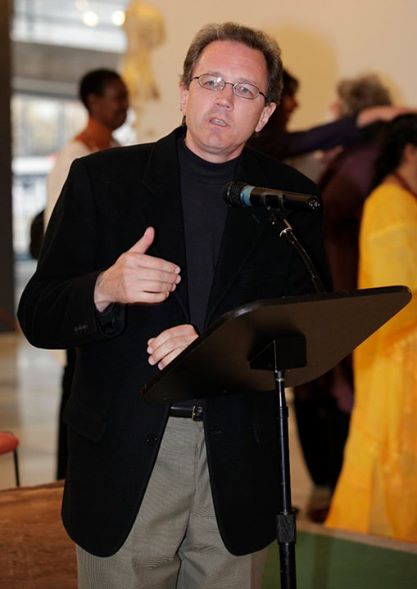 Speaking at the United Nations 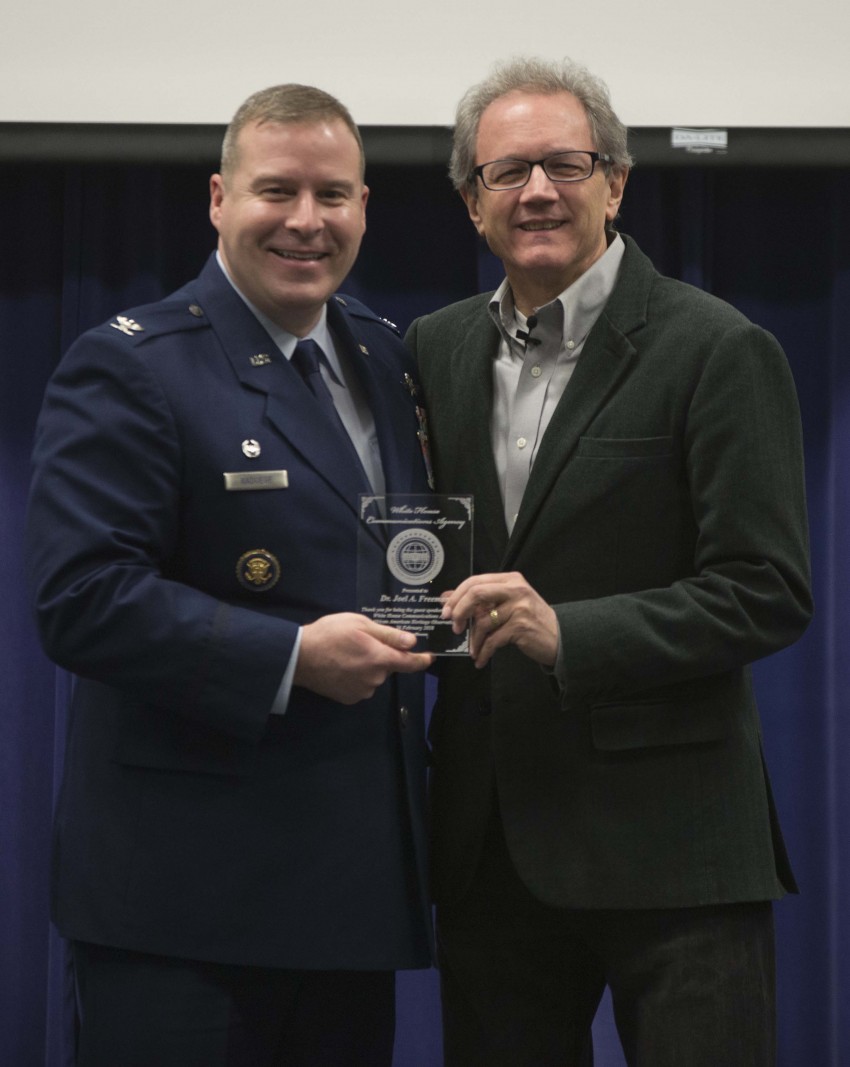 Receiving an award from the White House Communications Agency (WHCA) 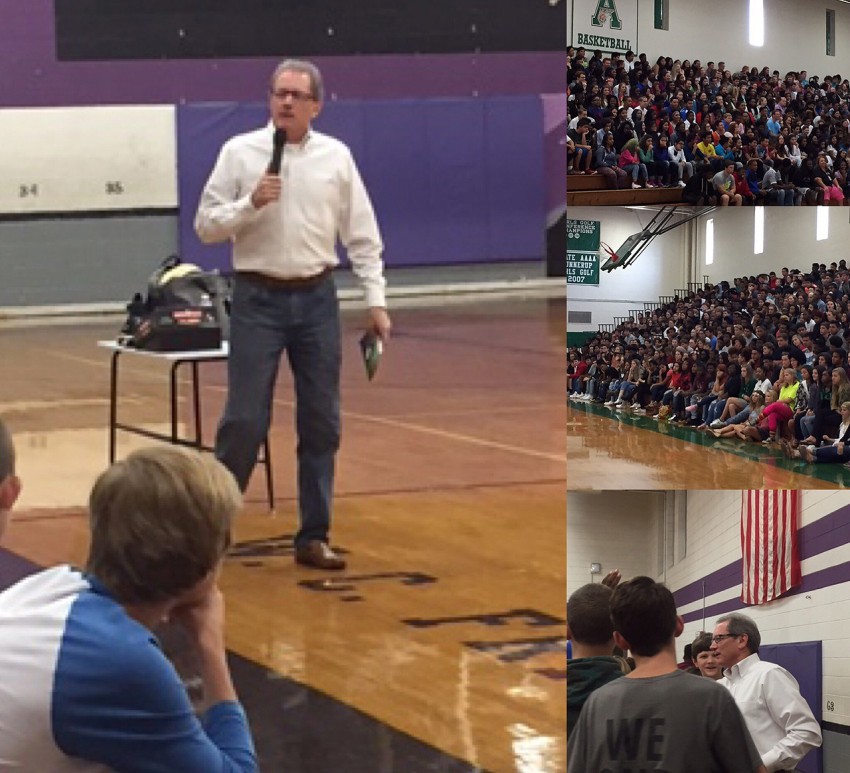 Speaking in North Carolina to 6,000 student in 3 days 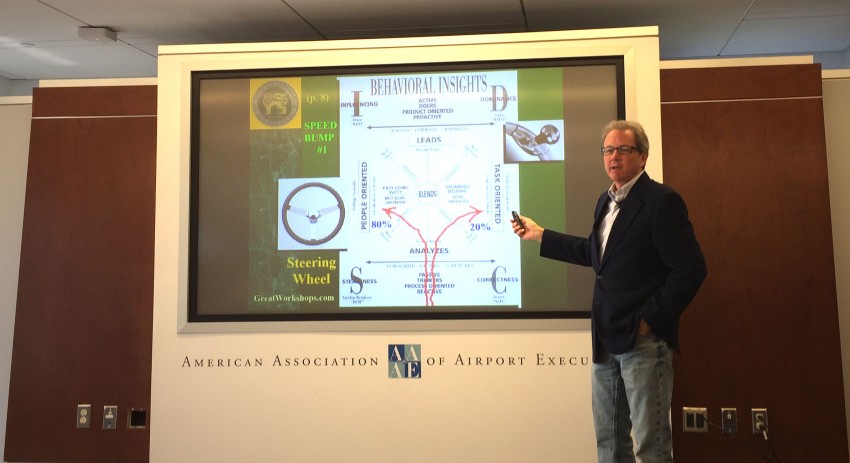 Speaking for the Airport Executives Association 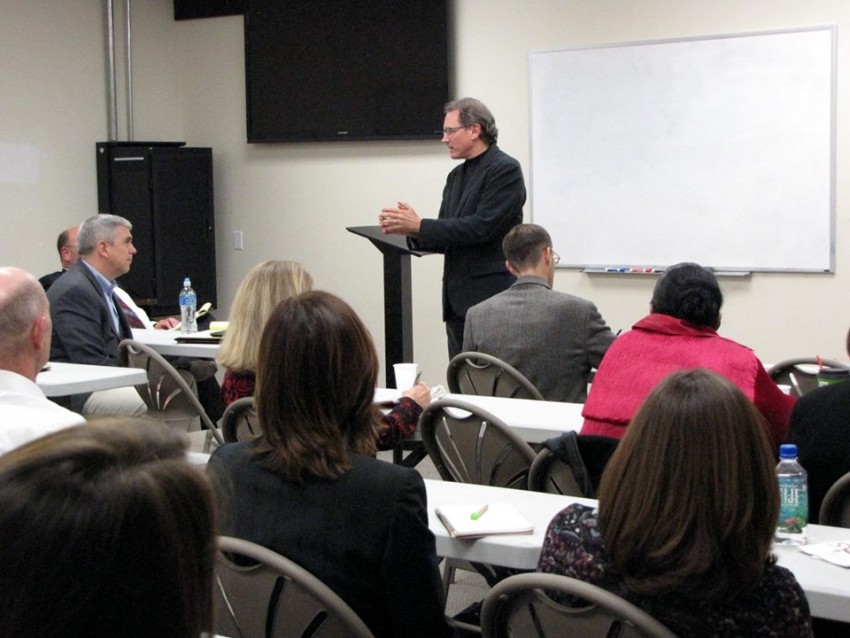 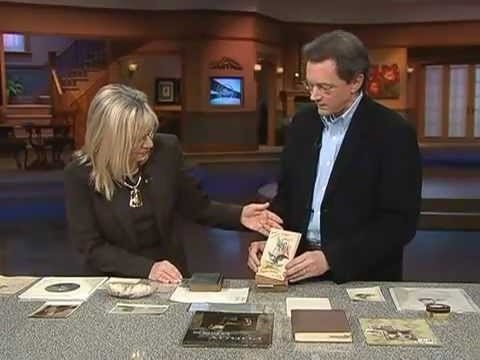 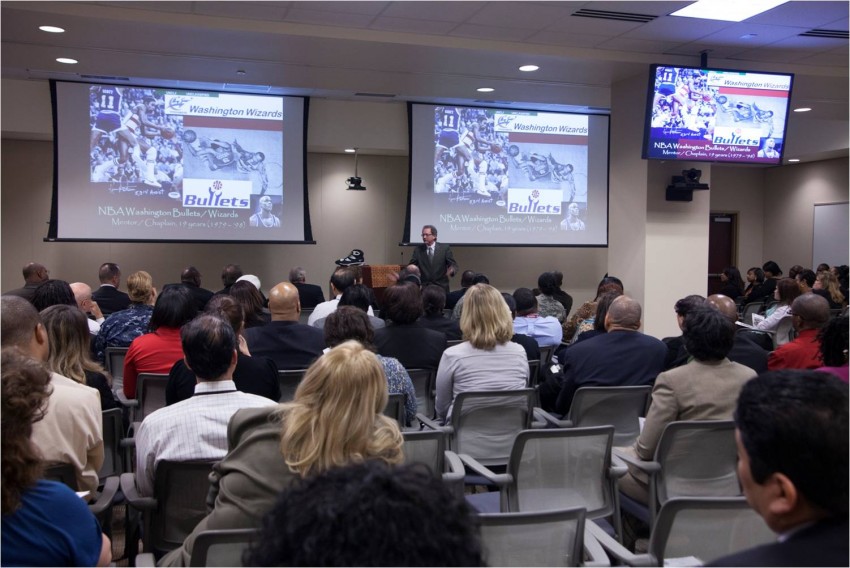 Speaking at an event for the Defense Information Systems Agency (DISA) 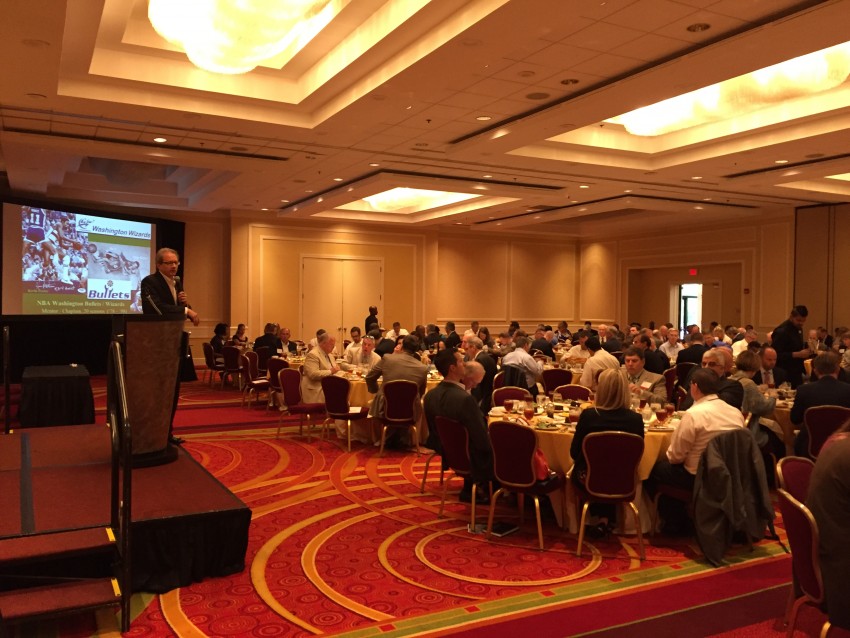 Speaking at an event with DoD contractors in attendance 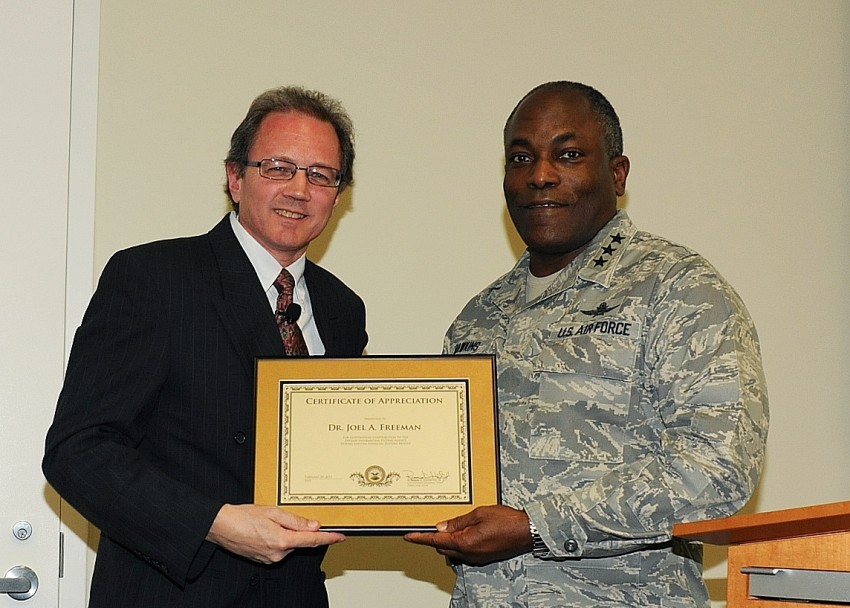 Receiving an award from DISA 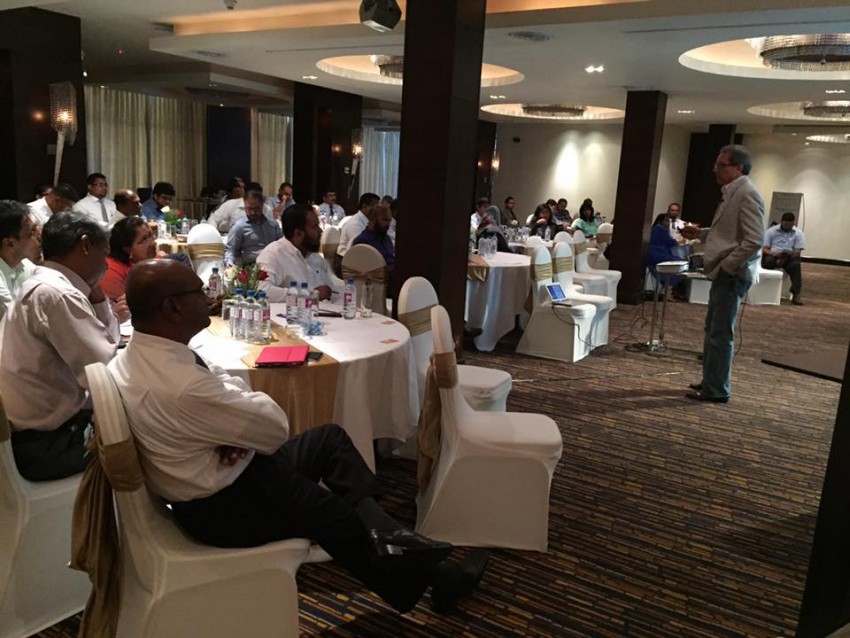 GIVE me the next 328 seconds. I won't waste your time.

READ MY BIO. With travels to 55+ countries, I'm a seasoned professional with tons of 5-star reviews to show you "engaging, smart and funny..."

You need to be able to rely on your speaker to meet your exact needs -- positively impacting your audience. And I'll DELIVER.

I'm new to GigSalad. Call me. You'll quickly discover that I'm the right speaker for your event.

"Dealing With People Who Drive You Crazy"

My experience with Joel A Freeman was that he is a consummate professional and brilliant at what he does. He not only took the time to learn about our industry and related it to his presentation, but he personally interviewed employees to better understand their perceptions and feelings with regard to the organization. His presentation was thought-provoking and insightful; humorous yet relatable; and energetic and poignant. I would recommend Joel to any organization and would welcome him back to our with open arms!

Response from Joel Freeman: "Smart-Fun-Sizzle" For Your Next Event:

Sonja: I thoroughly enjoyed talking with the employees you chose for me to talk with...to get a sense of the ups and downs your industry. I had a blast at the event! And also enjoyed spending time, talking with you after the event was over. Thanks, Joel

“DR. JOEL FREEMAN DELIVERED AN INSPIRING AND CAPTIVATING MOTIVATIONAL KEYNOTE SPEECH AT A RECENT WALL OF FAME EVENT HONORING A LOCAL HERO IN OUR COMMUNITY. DR. FREEMAN WAS WELL-PREPARED, HAVING INTERVIEWED THE HONOREE EXTENSIVELY PRIOR TO THE EVENT. WE WHOLEHEARTEDLY RECOMMEND DR. FREEMAN AS A KEYNOTE SPEAKER TO HIGHLIGHT YOUR EVENT.”

Working with Mr. Freeman was a complete delight. He was professional and kept the audience energized and engaged.

Mr. Freeman was an excellent speaker. He was energetic and very engaging. There was so much valuable information given during his presentation as well as so much to take away from it. We would love to have him back again!

Dr. Freeman did an outstanding job as our keynote speaker. The presentation was inspiring, thought-provoking, and he is great at connecting with the audience in a straightforward manner on leadership, team building, and career issues. We would have him back to present in a heartbeat.

Joel is a very engaging speaker. I really appreciate the energy and connection he brought to the audience, and the personal stories he wove in to illustrate his overall message.

Response from Joel Freeman: "Smart-Fun-Sizzle" For Your Next Event:

Austin: I had a great time discussing some of the wisdom lessons learned over the 20 seasons working with the NBA Washington Bullets/Wizards. Really enjoyed meeting you and the other leaders who attended. Thanks, Joel

DEALING WITH PEOPLE WHO DRIVE YOU CRAZY!®
---------------------------
"...very engaging, smart and funny...best keynote..."
----------------------------
Joel Freeman is an off-key singer and extremely bad dancer. In spite of that -- with travels to 55+ countries over the past 25 years -- he has been called on by meeting planners from around the world to facilitate engaging training events and keynote addresses for many types of businesses, corporations, professional associations, educational institutions, government agencies, non-profit organizations and more...
-----------------------------
For 20 NBA seasons Dr. Freeman served as player development mentor and character coach to the Washington Bullets/Wizards pro basketball team -- available to be a sounding board for the players of the team, some in upper management, members of the coaching staff, and also players from other teams. One of the first team character coaches in the history of the NBA.

Many documents and artifacts from The Freeman Institute® Black History collection were showcased in the United Nations' 75-day "Transatlantic Slave Trade" exhibition (both 2011 & 2012) held at the UN headquarters in NYC. Well over a half a million visitors reviewed both exhibits at the United Nations.

Dr. Freeman has been the recipient of numerous awards, citations, and honors. An example of one is the Dr. Martin Luther King, Jr. "We Share The Dream" Award, with Baltimore Mayor as keynote speaker and the Maryland Governor as another honoree at the oldest annual MLK awards dinner event (est. 1988) in the Baltimore/Washington region.

What do you need? Draw a target. And I'll hit the bulls eye for you.

The most popular topic is "Dealing With People Who Drive You Crazy!®" But that's just one of the many titles...

By the way, I never use "off-the-shelf" training. I will want to hear from you first, before developing a world-class, interactive presentation that will bring rave reviews...and will be customized to the needs of the participants of your upcoming event.

I am looking forward to our conversation. What's the best number to reach you?

YOUR BUDGET: A clause in the agreement with my agent allows me to talk directly with you...