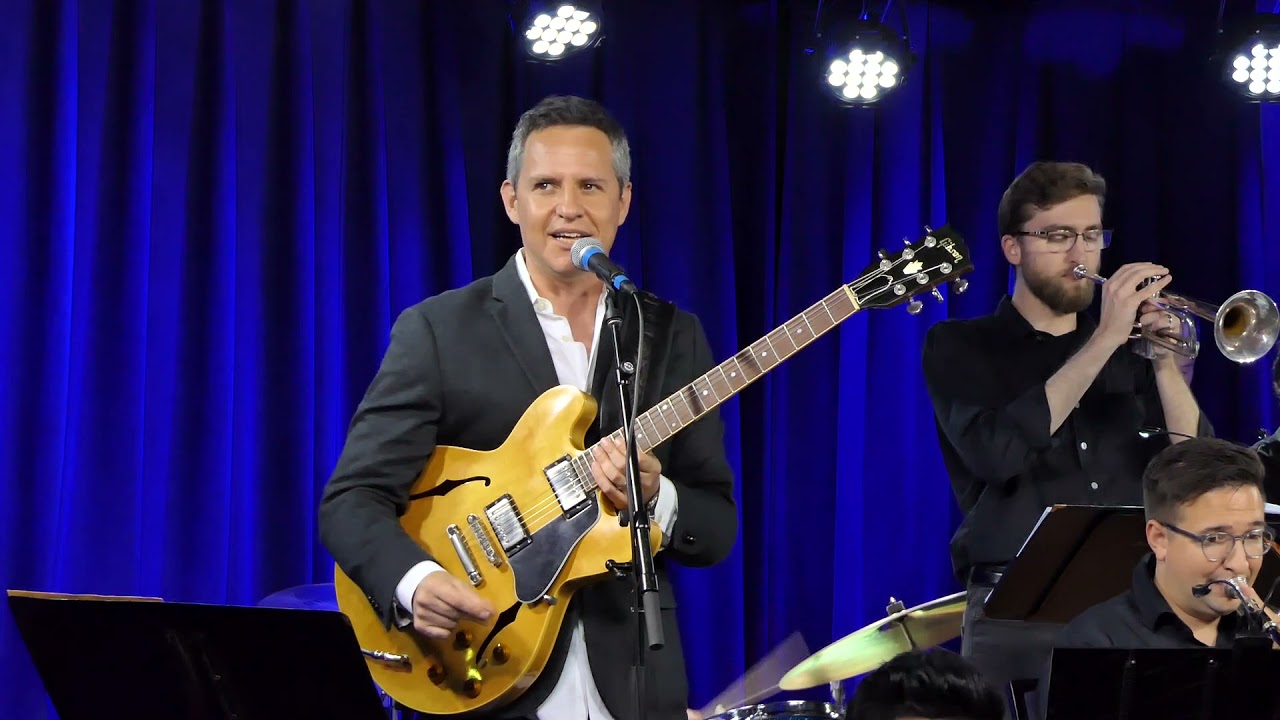 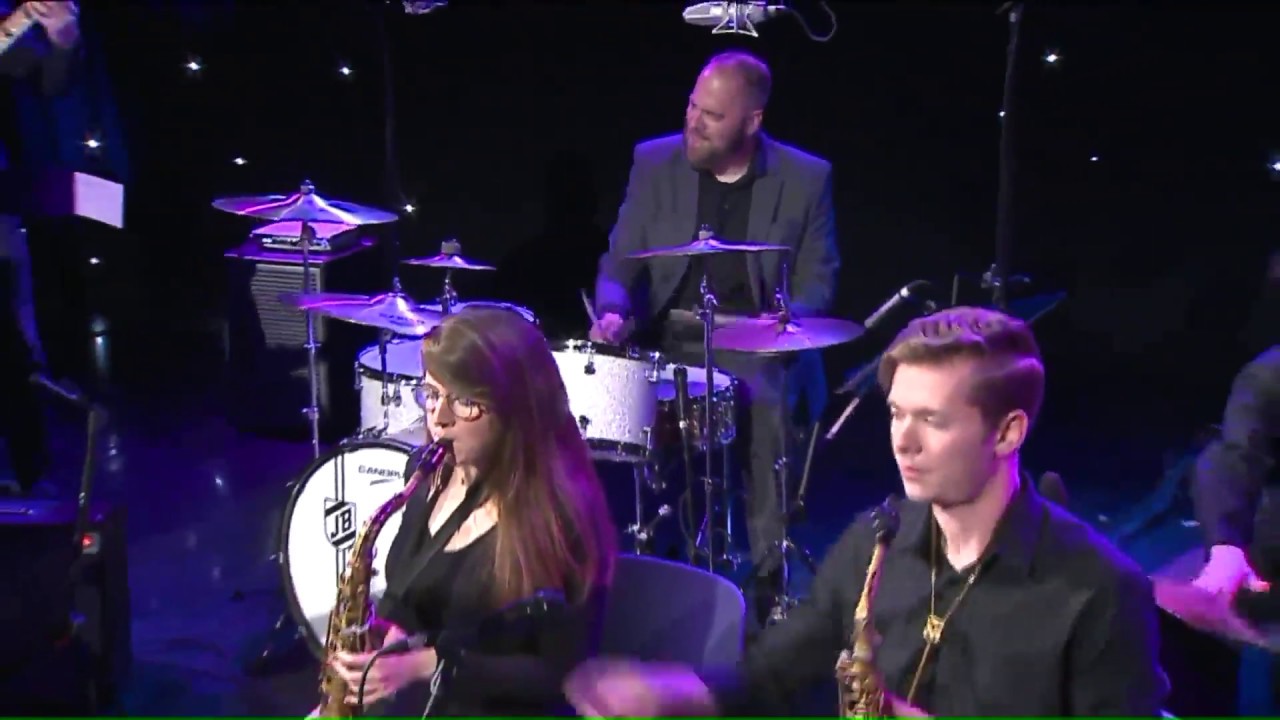 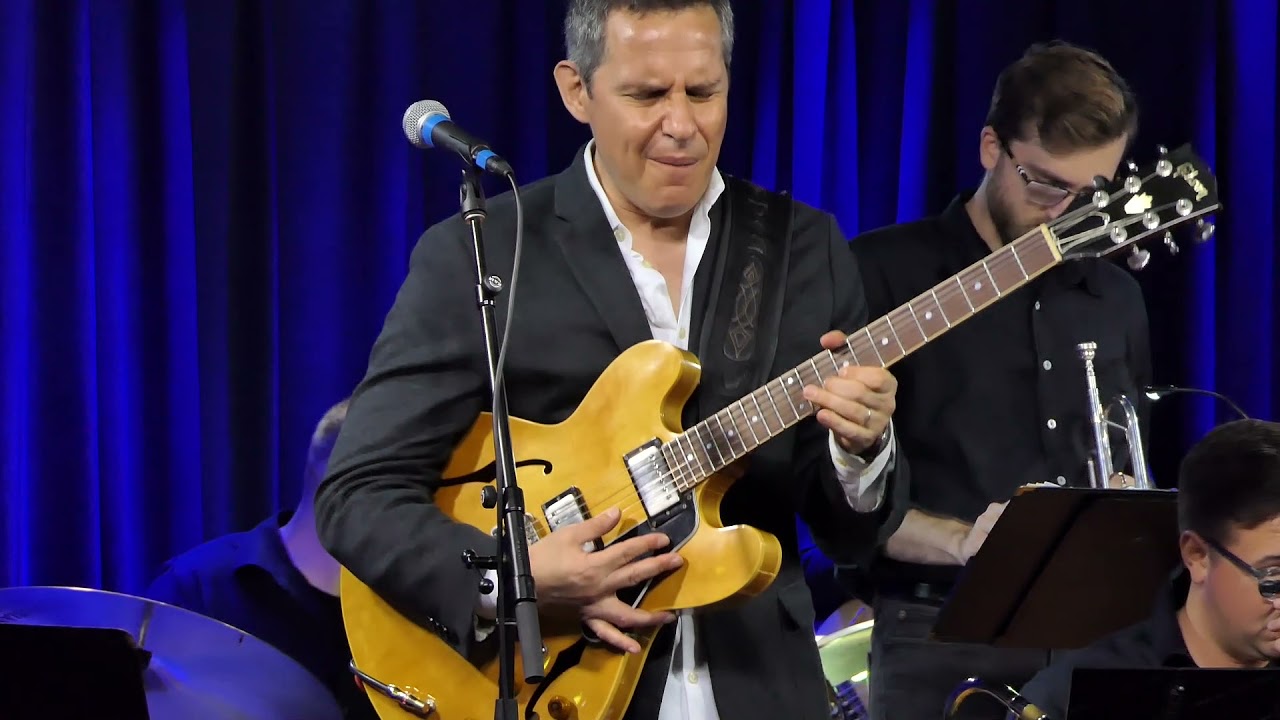 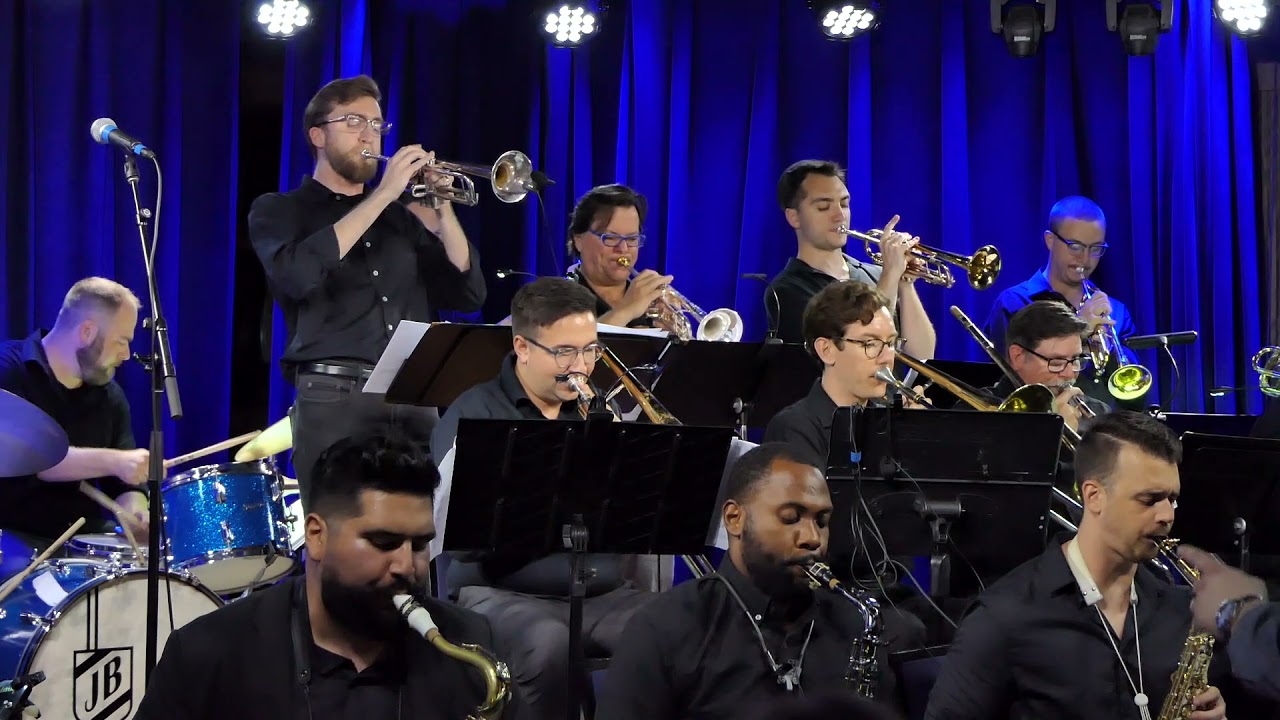 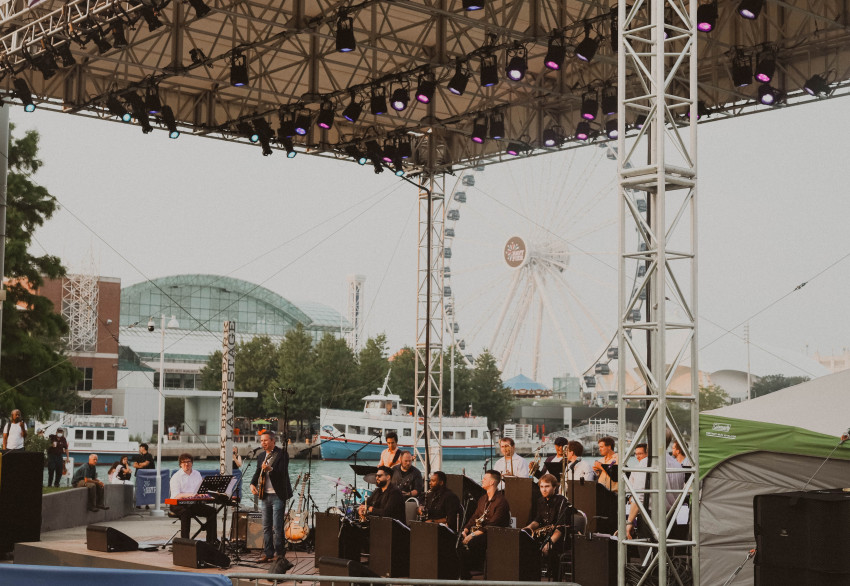 The Blueshift Big Band at Navy Pier with Guy King. 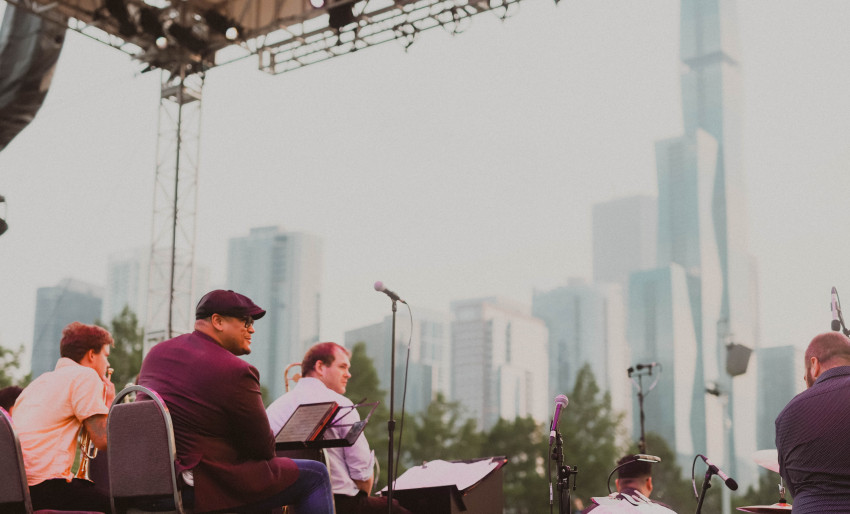 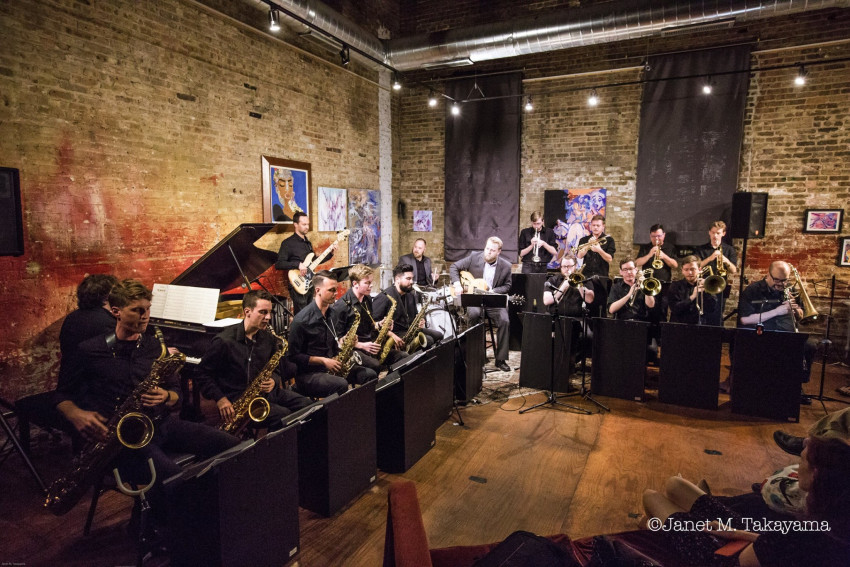 From a performance at the Fulton Street Collective

We’re a 17-piece jazz orchestra that provides several different shows. Need a Sinatra-style show for a wedding? We do that. A show with one of the greatest blues guitarists in the world? We’ve got that too. Video games? Yes!

We’ve got what you need for your event, conference or concert series.

Be the first to review The Blueshift Big Band

1. An all instrumental set based on music from our albums and catalogue.

2. A big band set with a male vocalist. This is perfect for a cocktail hour or event dinner show.

3. A set with renowned Chicago Blues artist Guy King. An amazing 90 minute show with one of the best in the world!

4. An all video game set. We have a full set of video game big band tunes and we love to play them!

Founded in 2017 by drummer Joel Baer and guitarist Chris Parsons, the Blueshift Big Band builds upon the rich legacy of Big Band music found in Chicago. Having missed the thrill and energy that could only come from playing in an ensemble of this size, Baer and Parsons put together a book of their favorite charts and called upon friends and fellow musicians who enjoyed the style just as much as they did.

Initially, the bands repertoire included selections from the likes of Count Basie, Thad Jones/Mel Lewis Orchestra, Buddy Rich, and the Clayton-Hamilton Big Band - all the greats that Baer and Parsons hold in high reverence. These groups are famously hard-swinging and ubiquitous for unique compositional voices and originality. Performing material from this canon helped lay a solid foundation for the band, providing a clearer vision for where the leaders would want to go next.

The focus of the band quickly changed from a serious reading band to one that concentrated on original music and arrangements. Armed with a number of great writers and arrangers in the band (and an emphasis on commissioning material from Chicago-area writers) the book grew quickly. With a wealth of originals in the book, it didn’t take long for the band to begin to develop their own unique voice and sound. While inspiration for these arrangements may come from Jazz Standards, Blues, and the Great American Songbook, the band has also tapped into a wealth of material a whole generation has been raised on - Video Games.

It’s also worth saying: this is an orchestra with 4 trumpets, 4 trombones, 5 saxophones, guitar, bass, piano and drums. Some volume is required. We’re not loud all night, but we certainly have moments of loudness (and quiet) during performance.

Because this is a band with at least 17 performers, a minimum stage size of at least 15’ Depth x 30’ Width is required. We’re capable of providing our own sound reinforcement.