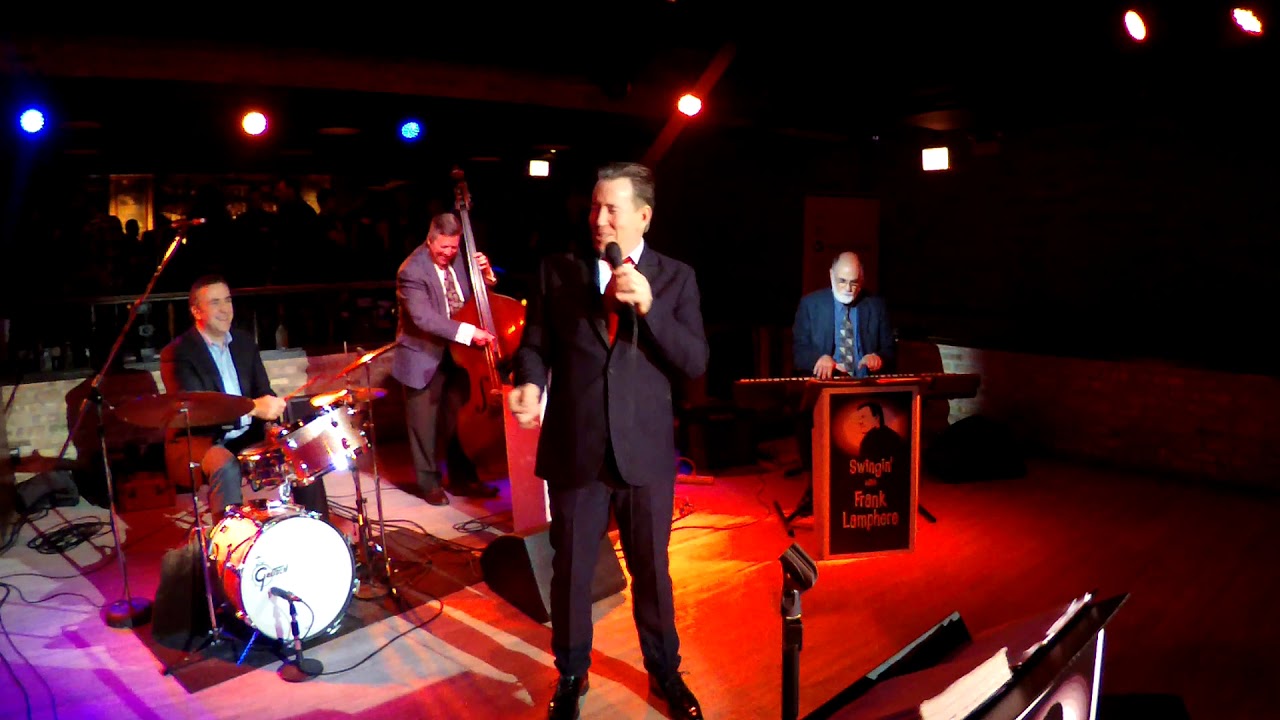 Frank and Trio in the nightclub - Strangers in the Night 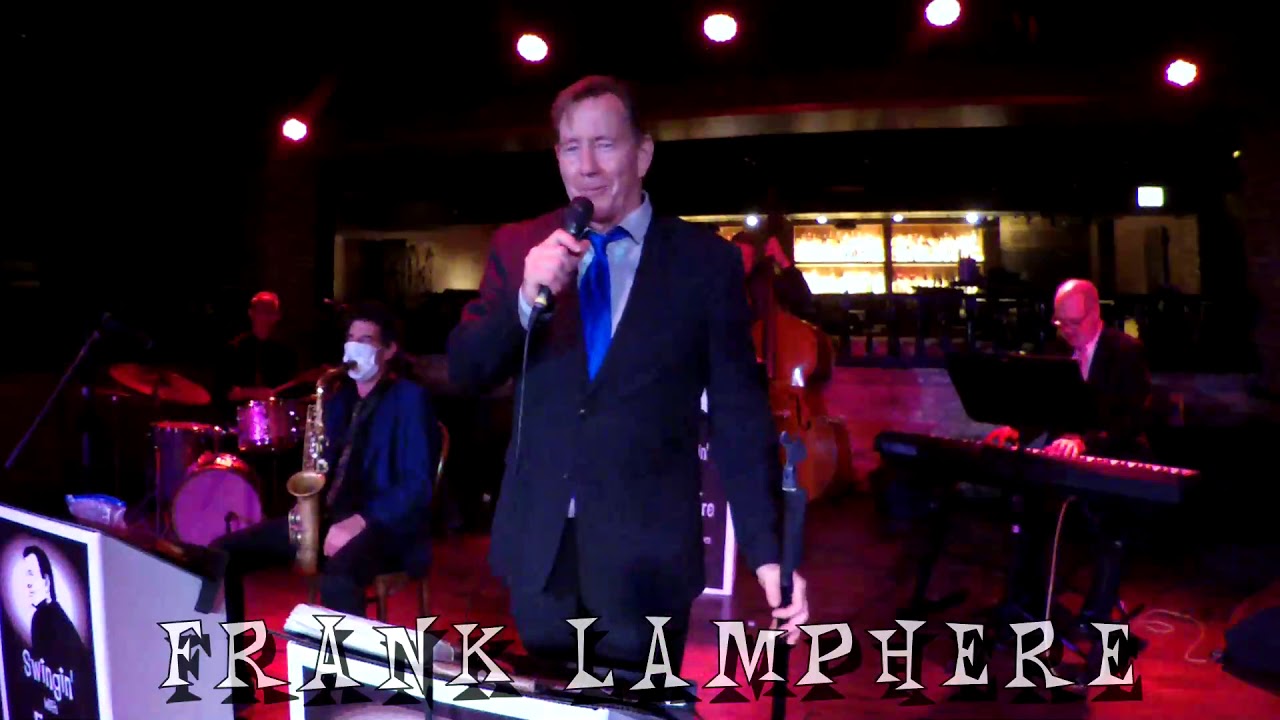 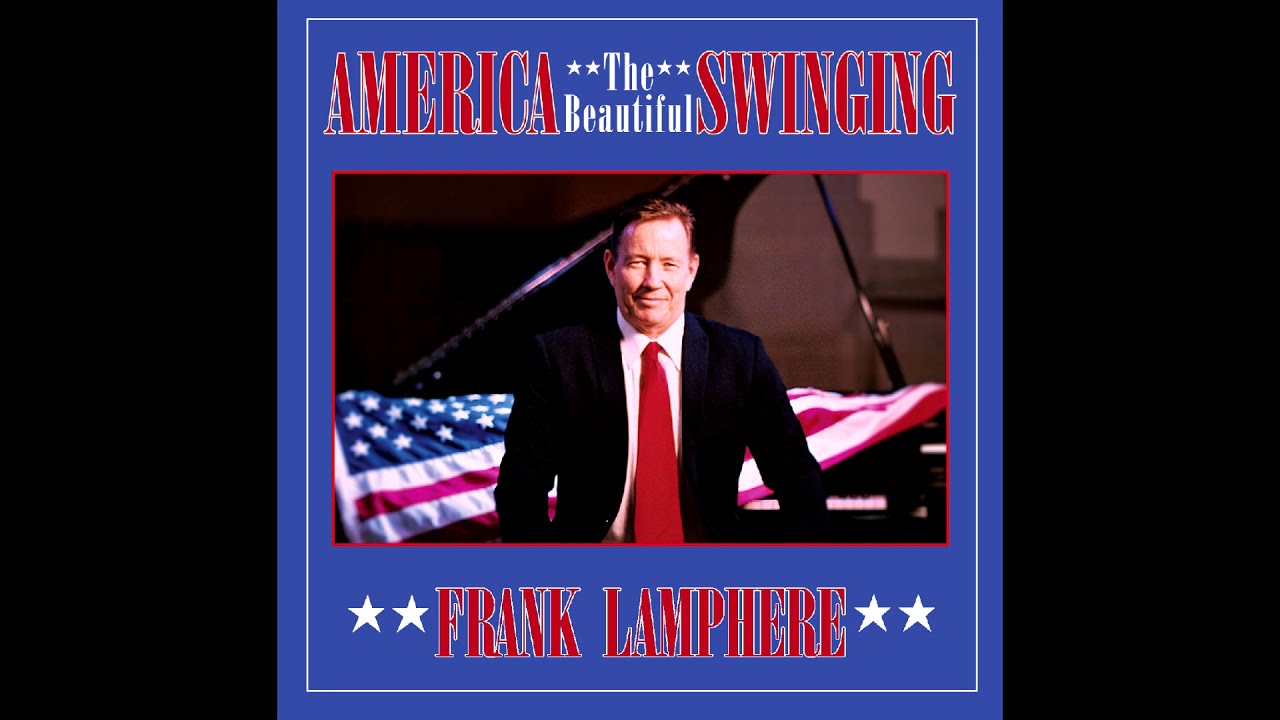 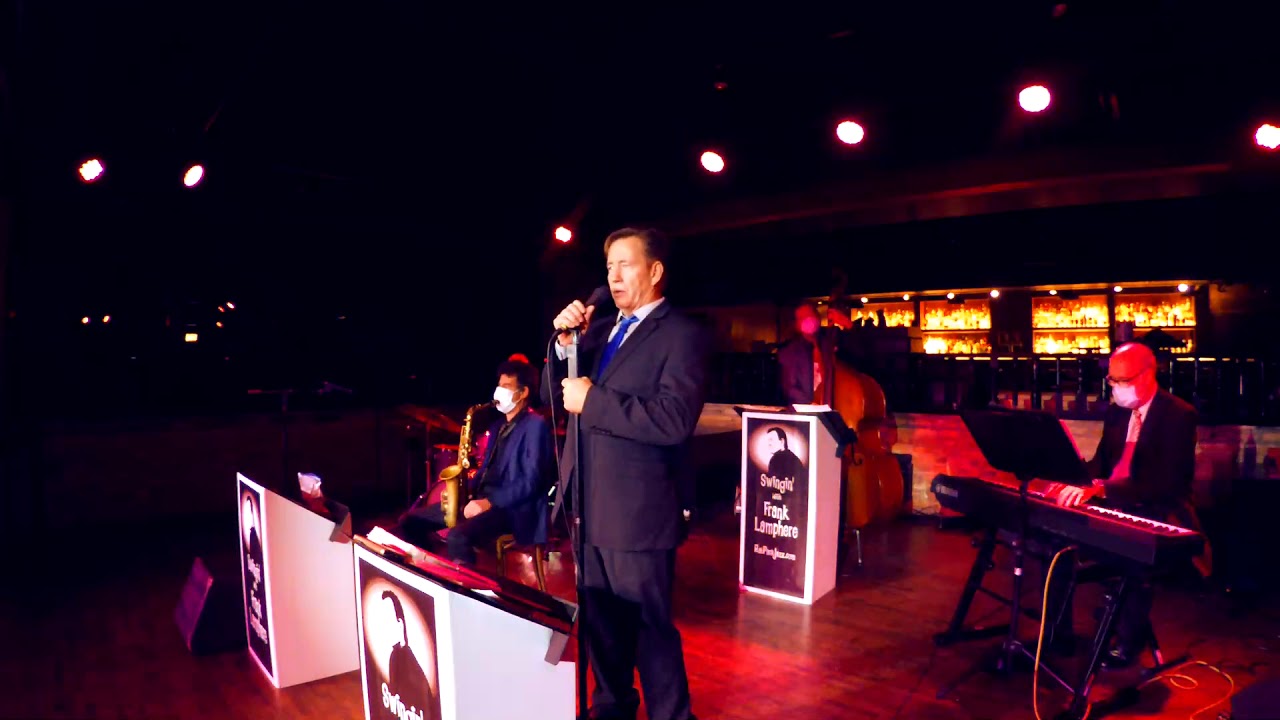 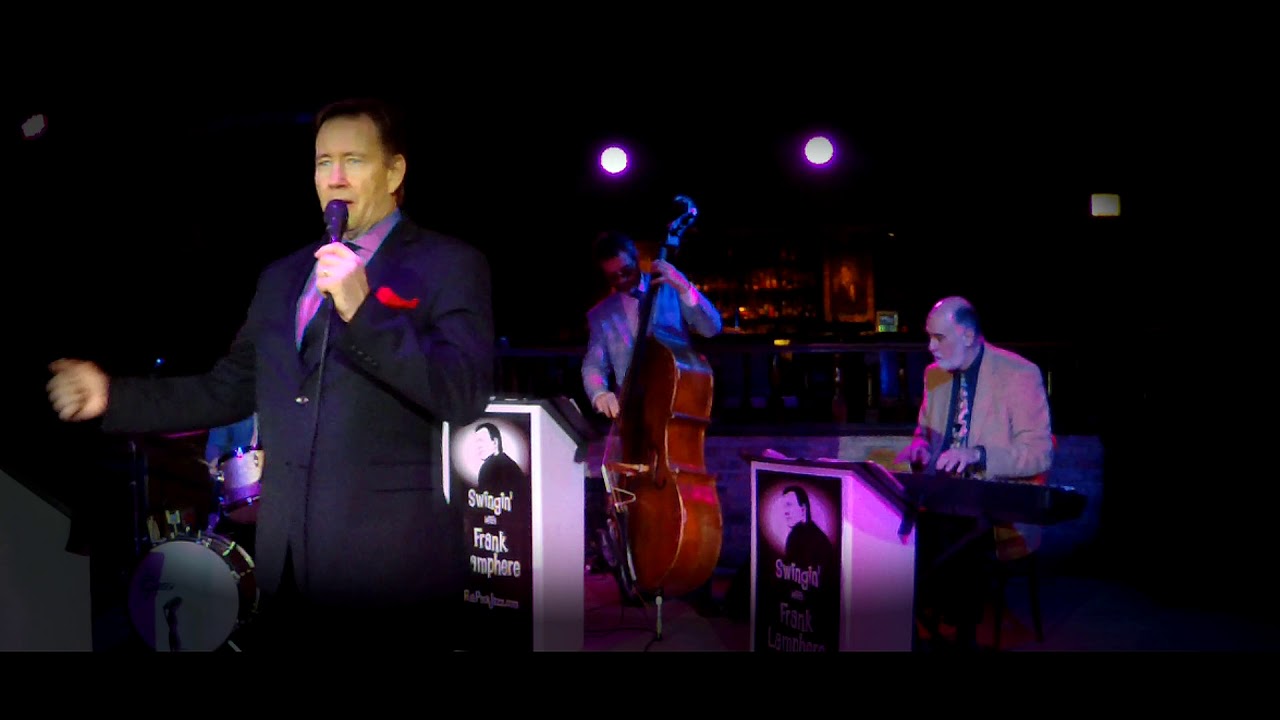 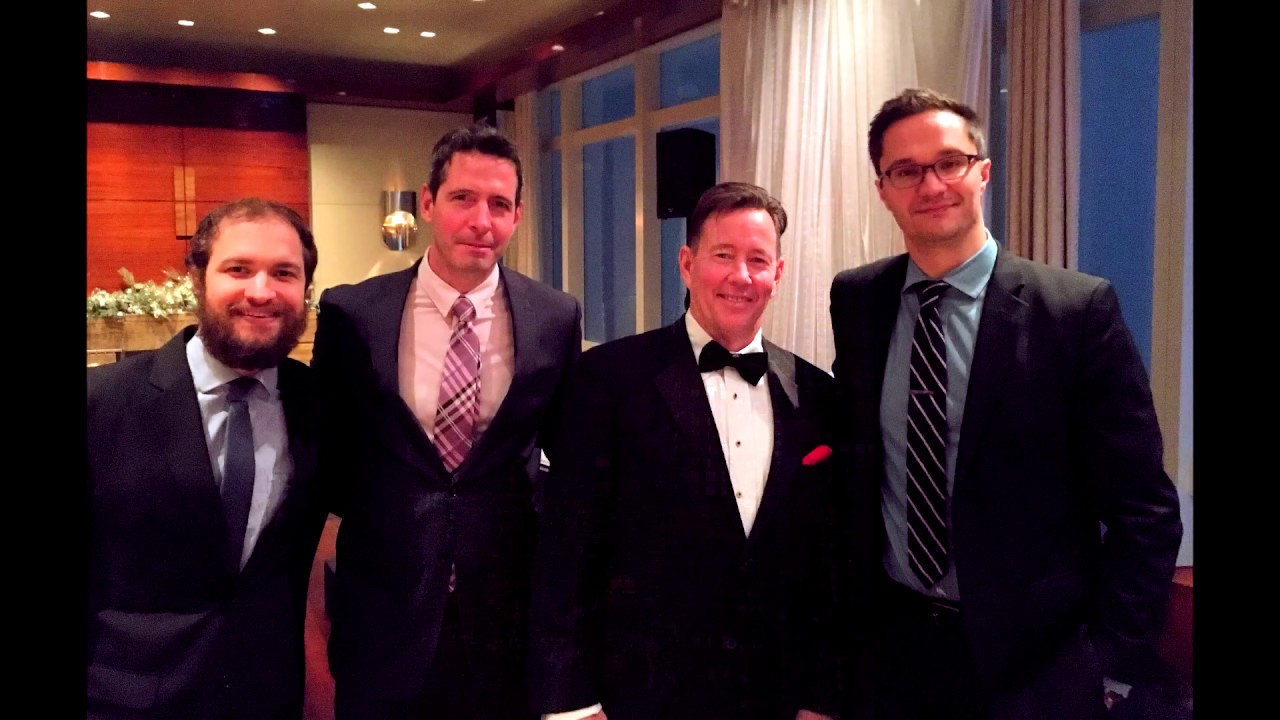 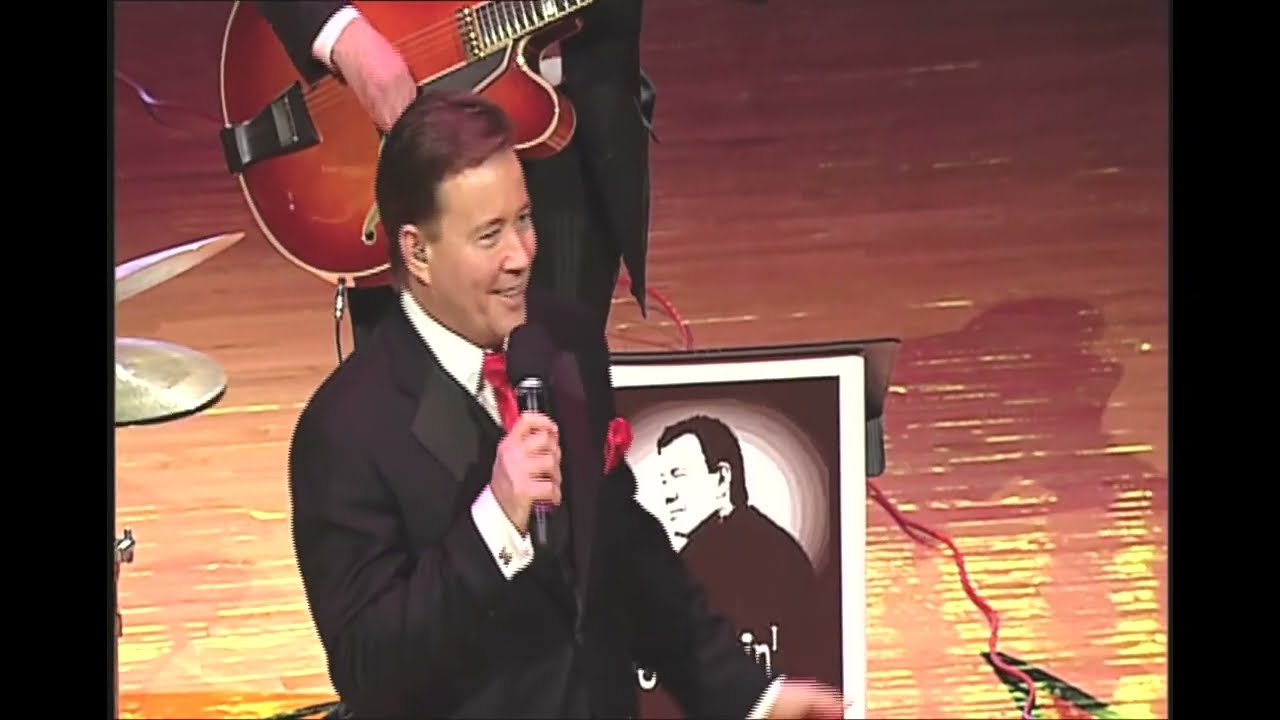 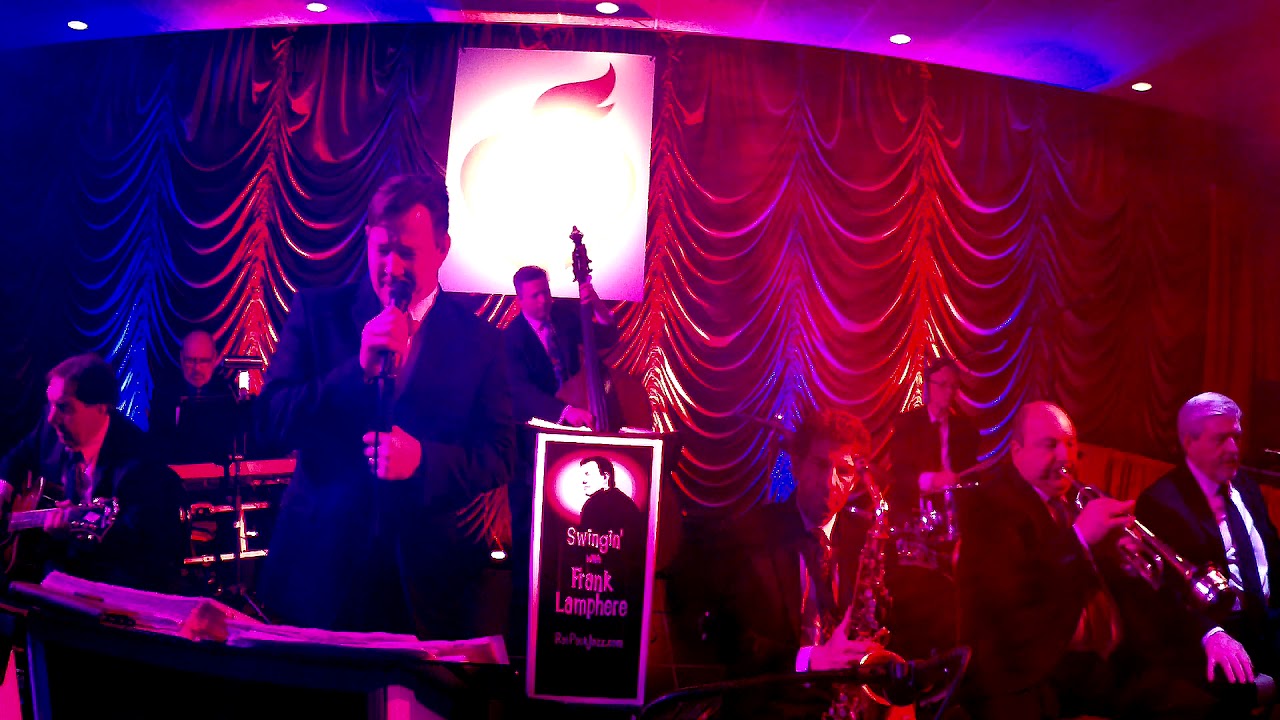 Everybody Loves Somebody - Frank & his 7 piece band 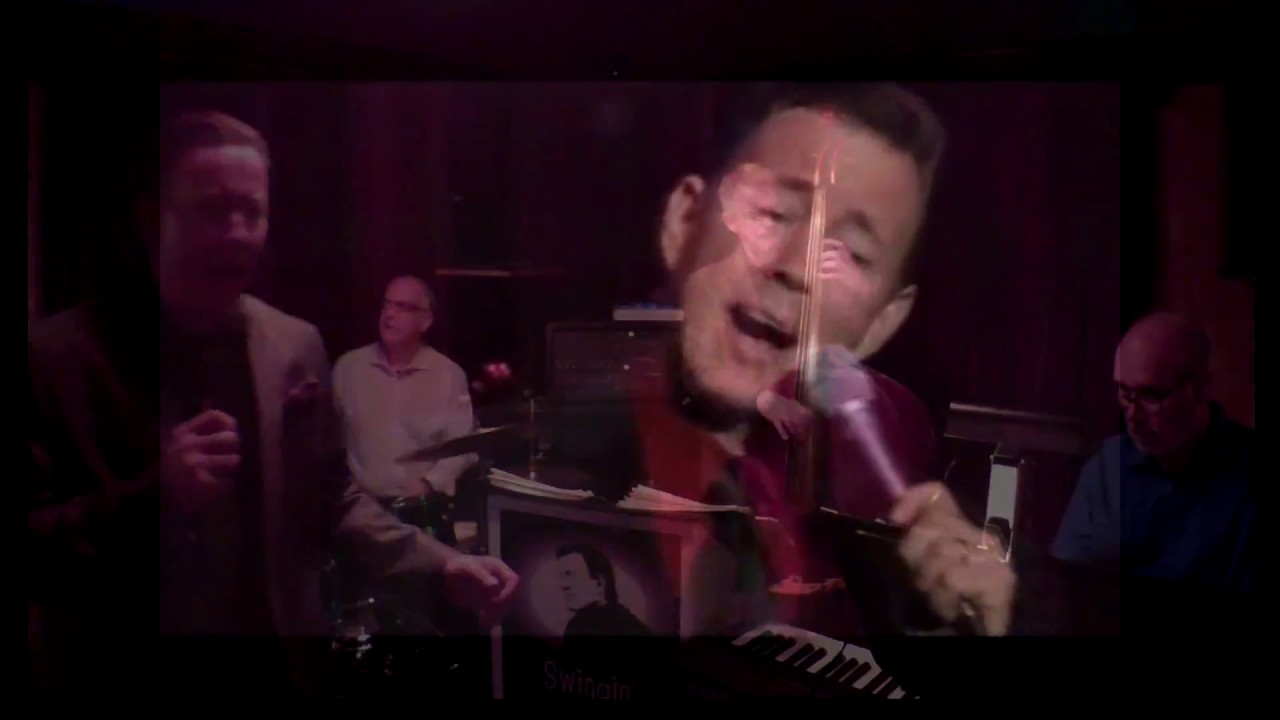 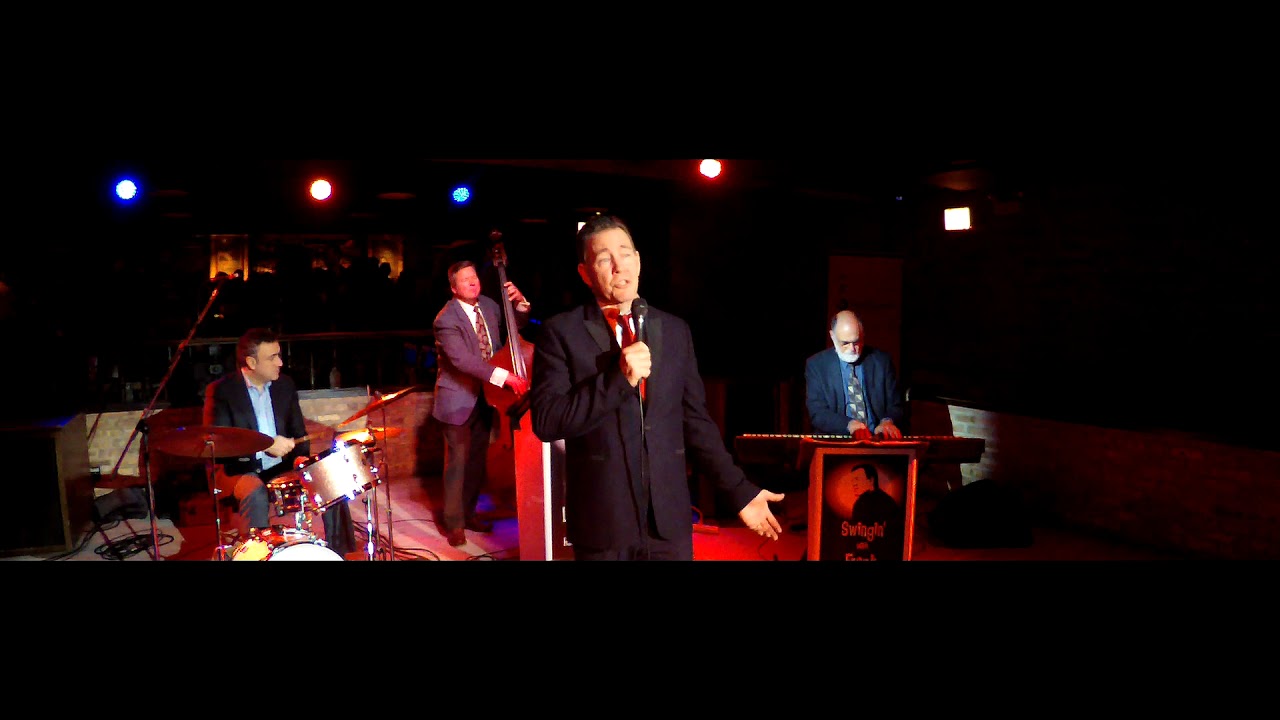 Frank sings the 60s - Something Stupid 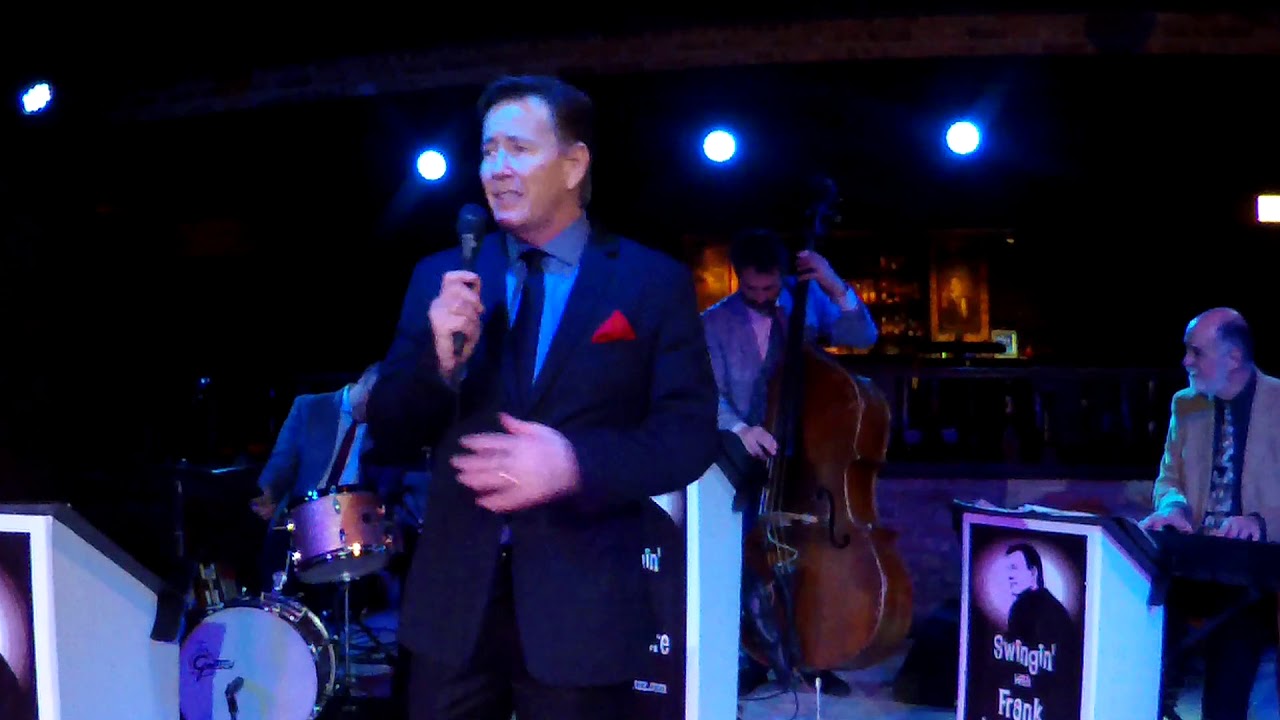 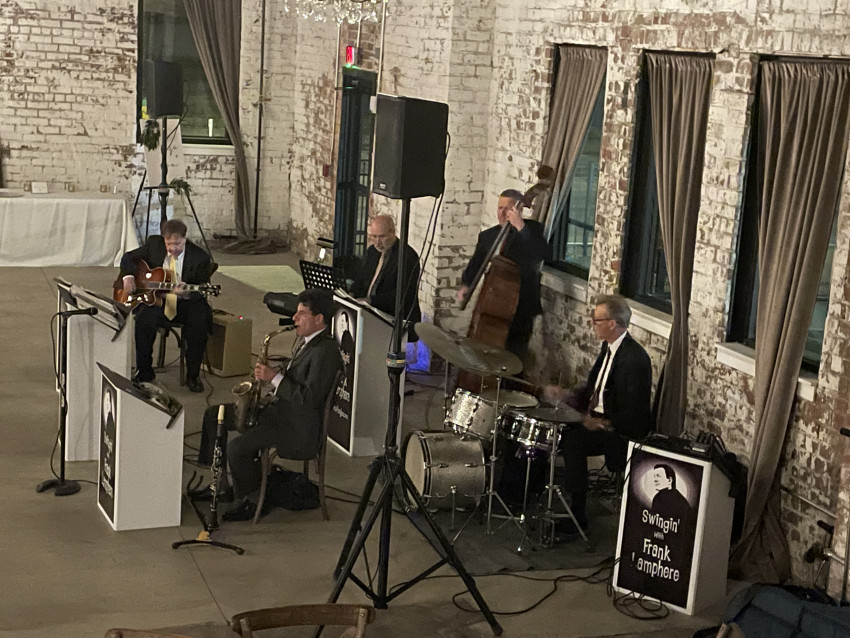 Lamphere's band at a recent engagement 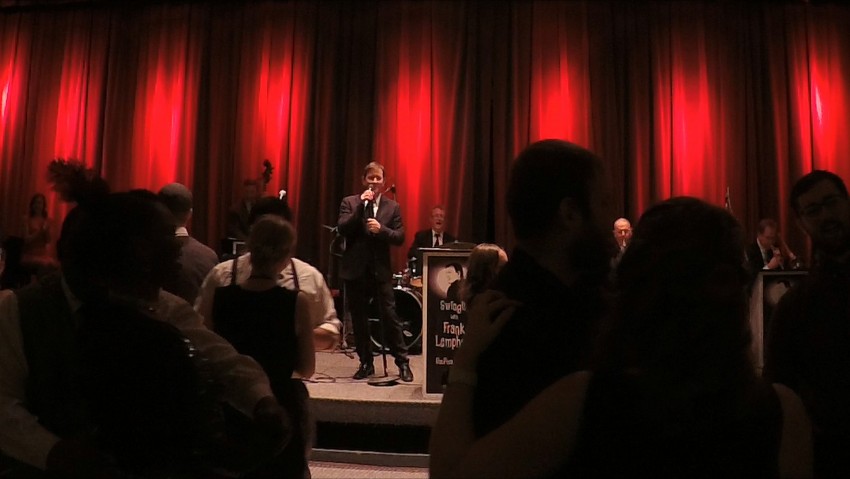 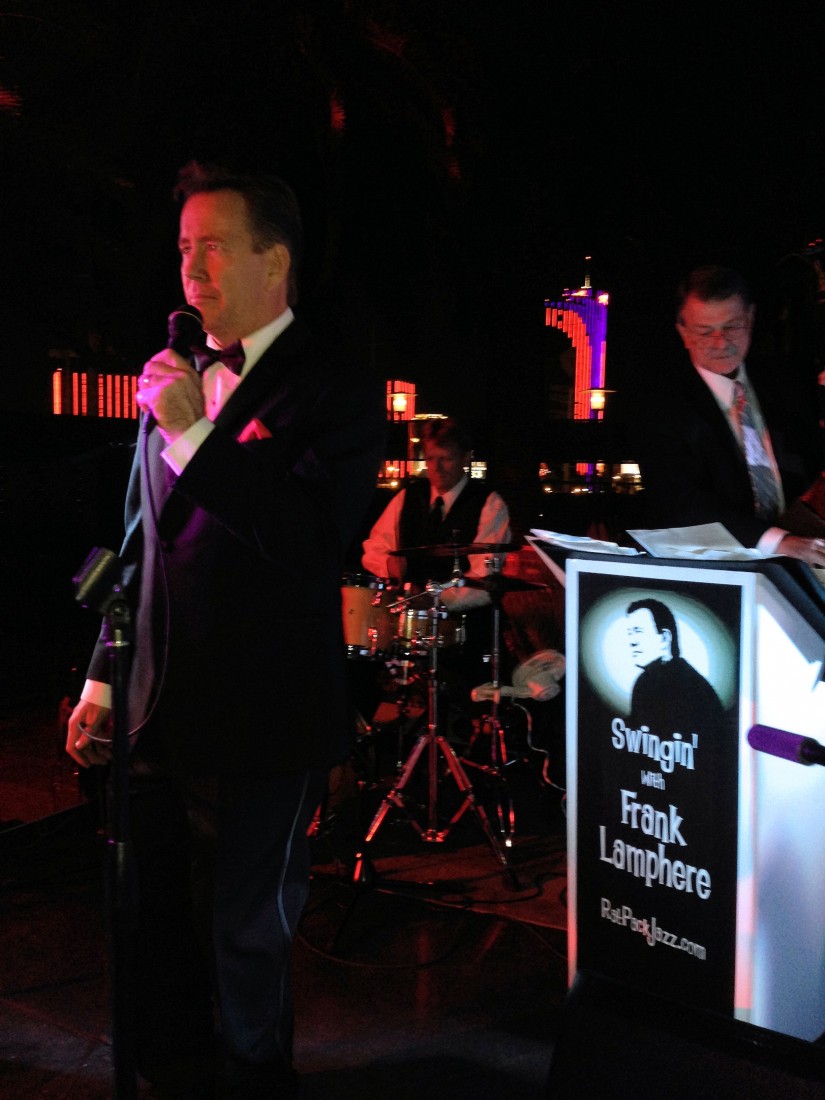 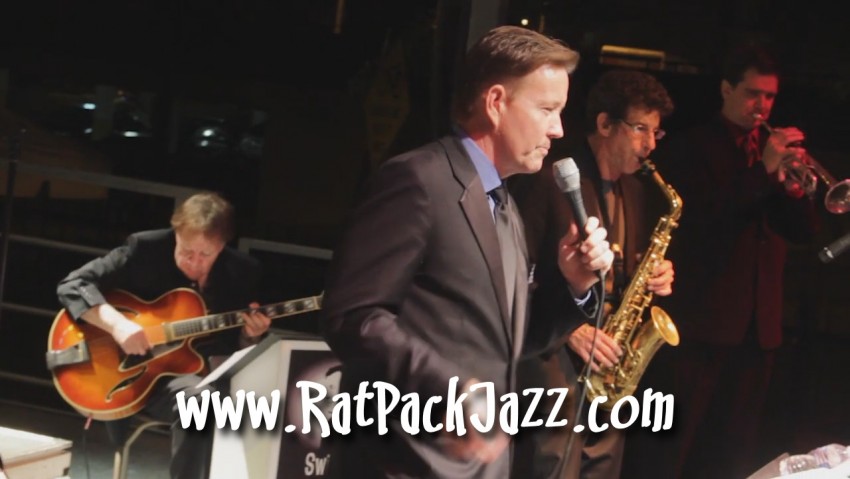 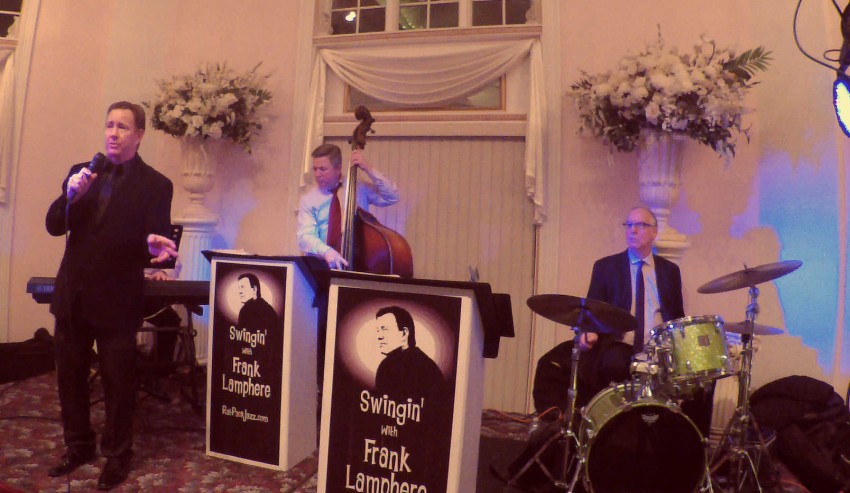 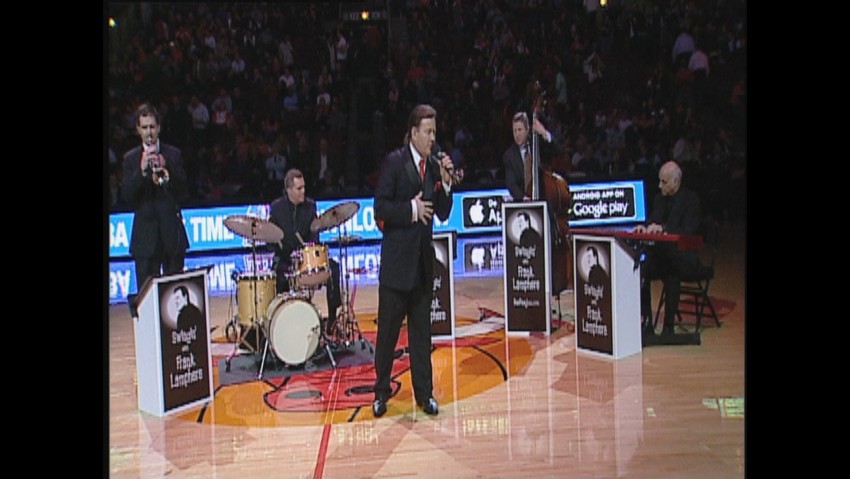 Lamphere at the United Center Chicago 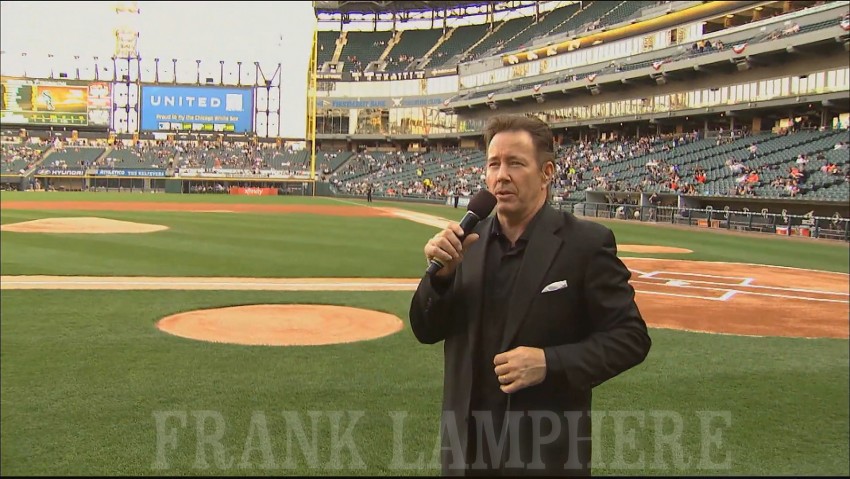 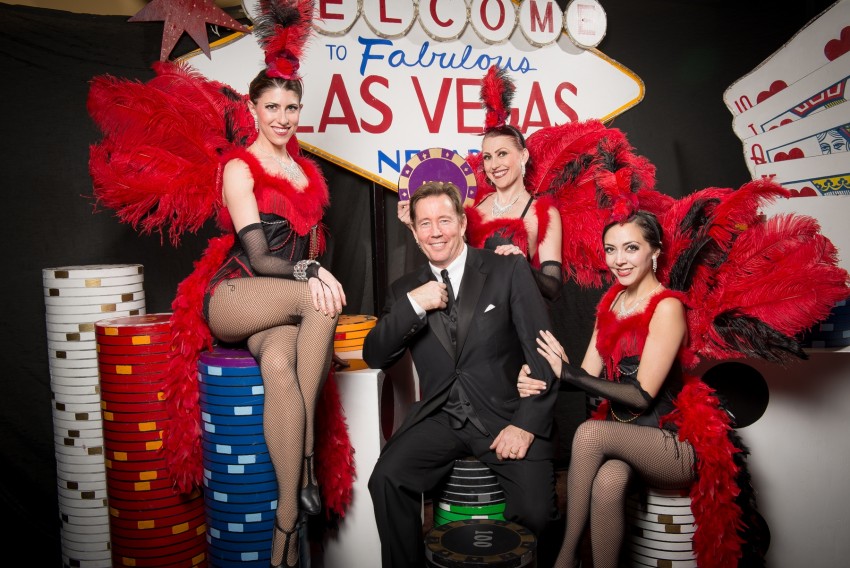 A great singer-pro entertainer in front of an amazingly good jazz band.

Lamphere is a modern day: Sinatra, Dean Martin, Jack Jones, Tony Bennett rolled-into-one, but without the tiresome impersonation. It blows the others away!

Excellent performer - not some impersonator

This is a real 1960s concert experience. Not some look alike who can’t sing. My guests loved it felt like they were in a lounge in the 1960s or in the audience of the tonight show. Frank is professional and handled everything on his end.

Thank you Dean! You know how to “throw” an event. Congratulations to you and Erica!

This band was awesome, and easy to work with! We made a lot of annoying last minute changes, but they worked with us. We got compliments all throughout the night on this amazing band!

Thank you Lindsey! Please keep us in mind for future events.

Thanks to Frank and company for a fantastic night! It was awesome entertainment!

Thanks for hiring us Megan. It was a first-rate business event! We look forward to working with you again, anywhere in the USA!

I was very impressed with the accordionist and guitarist for our gala event which was themed after Paris. I would definitely hire again!

Frank Lamphere and Rat Pack Jazz performed at my party and sounded phenomenal! The sound was professionally on key and perfect for my venue. I received personal attention to pick the songs and request what I needed for the music to be perfect! I would hire them again in a heartbeat! Frank and the band are wonderful musicians and nice professionals to meet!

Frank and his trio did an amazing job for my dads 80th birthday party! I'm pretty sure a few of the guests took his information for a future booking!

Tammy, thanks again for hiring us for that very nice party that you threw, for your dad. Great group of people!

frank and his pianist bobby just played for my 89 yr old mom's bday. It was just spectacular! He exceeeded all expectations with grace humor and of course his amazing voice! And let's not forget bobby the pianist who is charming and unbelievably talented! Thank you so much frank, you made this event one none of us will ever forget!! It's been 3 hours and folks are still talking about how much they enjoyed Frank. We are already planning to hire you for a June bday party. To anyone considering hiring frank ....do it! He is worth every penny, the real deal, you won't be sorry!!!!

Caroline,
What an afternoon! It was an honor to have been considered and chosen to perform for your mother. A real pleasure! Thank you again! Thanks for your hospitality as well!

Frank and his Band were super great!

Frank and his Band were super great. Very professional from start to finish. Frank Sinatra Jr's guitarist was a stand-out. We highly recommend Frank Lamphere. George and Karen Mannos

George and Karen, you and your family certainly know how to throw a party! We thoroughly enjoyed performing for you. Thanks again for having us!

Professional and Fun, all in one!

I found Frank Lamphere on GigSalad while looking for a performer for my bosses 50th birthday party. From the first time he reached out via the website he was professional and even provided links to previous performances for reference. Any time I reached out prior to making our decision he was extremely timely and always followed up. The performance was better than we even expected and they even offered an additional half hour for a small fee because everyone was having such a great time! Wonderful experience all around, I highly recommend Frank Lamphere!

We thoroughly enjoyed performing the Sinatra music and being a part of that fun evening.
Thanks again!

Quality? From his first note, listeners say to themselves, "Now this guy can really sing!" Resonant, in-tune, distinctive, yet traditional and intentionally swinging. The band playing behind him? Awesome! They're the top players in the biz!

Originality? Not ANOTHER fedora wearing Frank Sinatra or cigarette clenching, Dean Martin
karaoke-copycat. Rather, Lamphere is a pro singer that performs their songs in his own high-quality style.
His goal? Capture a chunk of the Rat Pack musical vibe, rather than imitate it, note-for-note (like the majority) Frank Lamphere fits this musical genre like-a-glove.

Wide appeal? People of all ages are very appreciative of a classic Dean Martin or Frank Sinatra number, sung well and in "that" elusive style.

Versatility? Lamphere's realistic interpretations of rockin' Elvis, soulful Tom Jones, and confidence exuding Bobby Darin numbers, include the non-jazz listeners. It's quite unusual for a vocalist
to "transcend" musical genres so well; Frank Lamphere does just that.

International? Lamphere sings in Italian, French and even some Spanish.

Frank Lamphere, without exception, performs with a live band of 3-18 musicians. No background tracks. No drum machines, ever.

January 18, 2021 – Jazz crooner-occasional songwriter Frank Lamphere has released his third CD America the Beautiful, Swinging. The seven full-length songs were recorded with a group of world-class Chicago based jazz musicians and include Lamphere’s original composition Las Vegas and the baseball themed The Cubs Go All the Way. The balance are unique covers of: the patriotic title track America the Beautiful, Antonio Carlos Jobim’s Meditation, an unusually funky up tempo and swinging Born Free and two versions of the Bacharach-David This Guy's In Love With You in ¾ time, interpreted in both English and Italian.

Frank Lamphere is a professional singer in the specialized genre often referred to as traditional pop (in the style of: Frank Sinatra, Tony Bennett, Dean Martin, Jack Jones) and straight-ahead jazz. Vast portions of Lamphere’s performances and repertoire are presented in a "small group-big band" style. Danceable, to-the-point and always utilizing a live band.

Frank's musical journey began at a young age, singing along to the records he collected, on his "record player". While in his late-teens and early 20s opportunities to sit-in with local bar bands and mini sets with a wedding band were a great introduction to performing in front of a live audience. Later, as jazz began to take on a greater role in his musical direction, Lamphere "found" pianist Billy Pierce and also became a regular at jazz jam sessions. Around 1998 he found steady club work with the popular Johnny Gabor Trio, shortly after, he formed his own band and took on club and corporate work. Over the years, Lamphere has always has kept a day-job. Deck contractor and owner of A-Affordable Decks, 29 years in business as of 2021.

Career highlights include: radio and television commercials, headlining numerous shows across the Midwest, gigs from Las Vegas to New York to Milan, Italy. The song I Never Forgot from his CD "Frank Swings" was featured prominently in the award-winning independent film Theresa Is a Mother. Frank continues to be hired across the U.S. to perform his specialty "Rat Pack Jazz" for weddings, fundraisers, music fests, anniversaries and product unveilings including the Frank Sinatra special edition Jack Daniels whiskey. Lamphere is working on his fourth major CD as of this writing.

Frank is married and has two children

Varies from job to job

An unbelievably massive repertoire of more than 2500 songs that changes from show to show. These songs make frequent appearances: