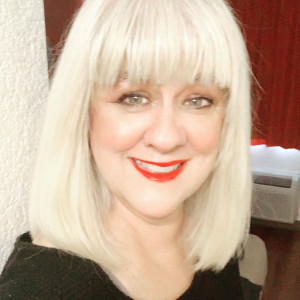 I am a professional touring stand-up comedian whose home base is in Portland Oregon. I was a top ten finalist on the first season of Last Comic Standing. I have a background in theater, television, commercials, and indie films. I can also work as a public speaker, host, and emcee for your events or fundraisers.

Be the first to review Tere Joyce

Tere Joyce is best known for her stand-up comedy, having first traveled though out the United States and Canada performing in comedy clubs and pubs.

She is a trained theater geek since the age of nine. When asked to go out on a date in high school her reply was," I can't...I have a rehearsal." She was a theater arts major in college, and studied acting at the American Academy of Dramatic Arts.

In 2003 Tere Joyce was a top ten finalist on the first season of Last Comic Standing, and was also a competing cast member on the third season.

She has written three screenplays on films that were AVN Award nominated and directed by adult filmmaker Erica McLean.

In 2011, Joyce created and began to host Hollywood Hemptress Hour on New Dissident Radio, and just recently launched a live streaming video version of the show on the Atomic Comedy Network. Both shows can be found on the internet.

Her next project, is to launch her new show Freedom of Joyce. The show will explore "freedom" and what that means to us personally and collectively in society. Tere Joyce is also working on a one woman live stage show with the same title.