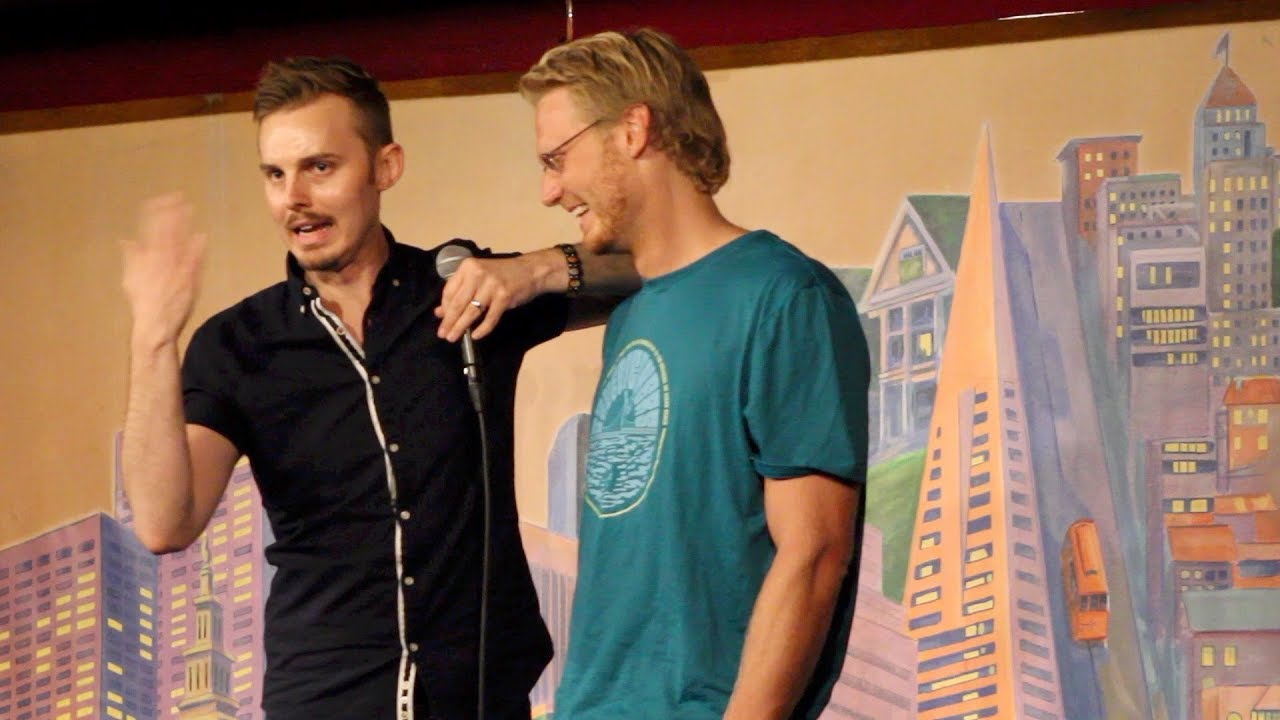 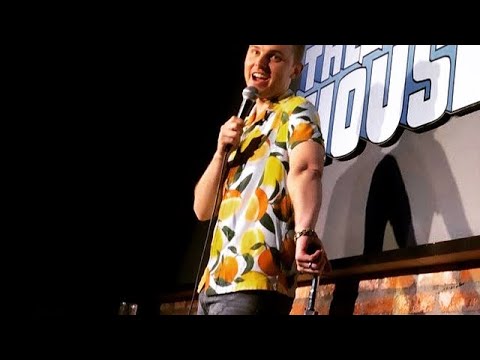 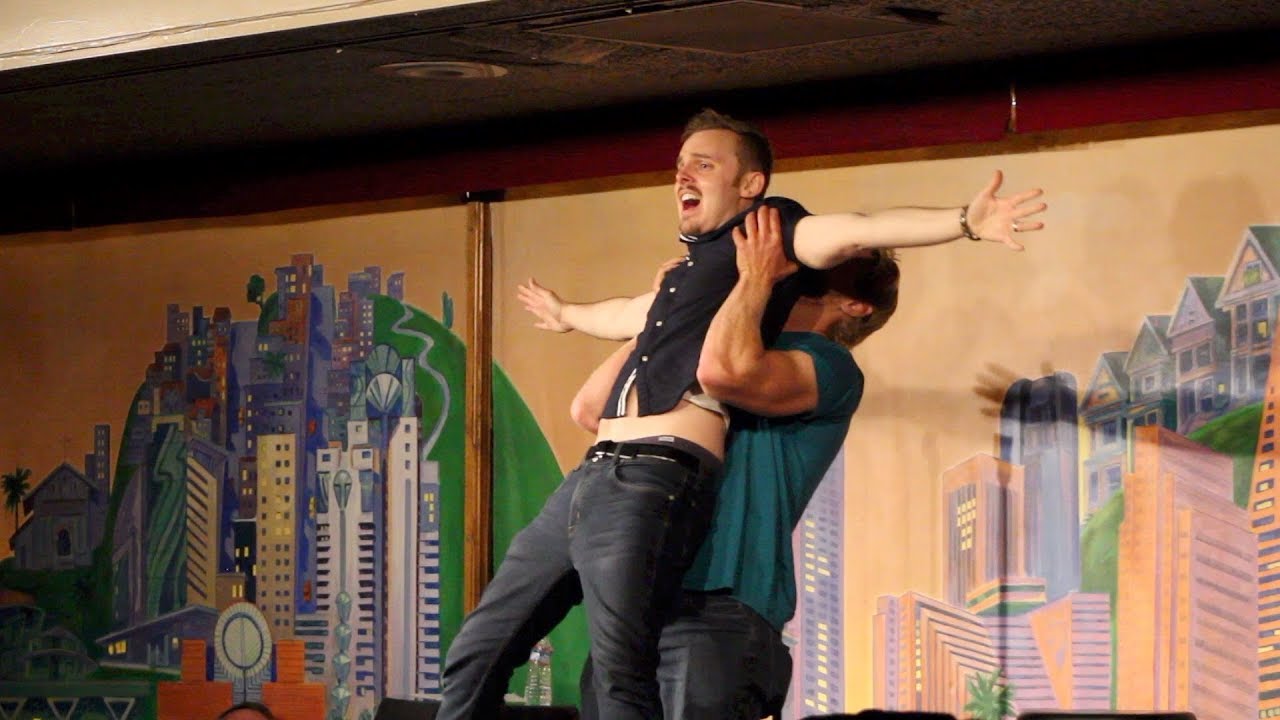 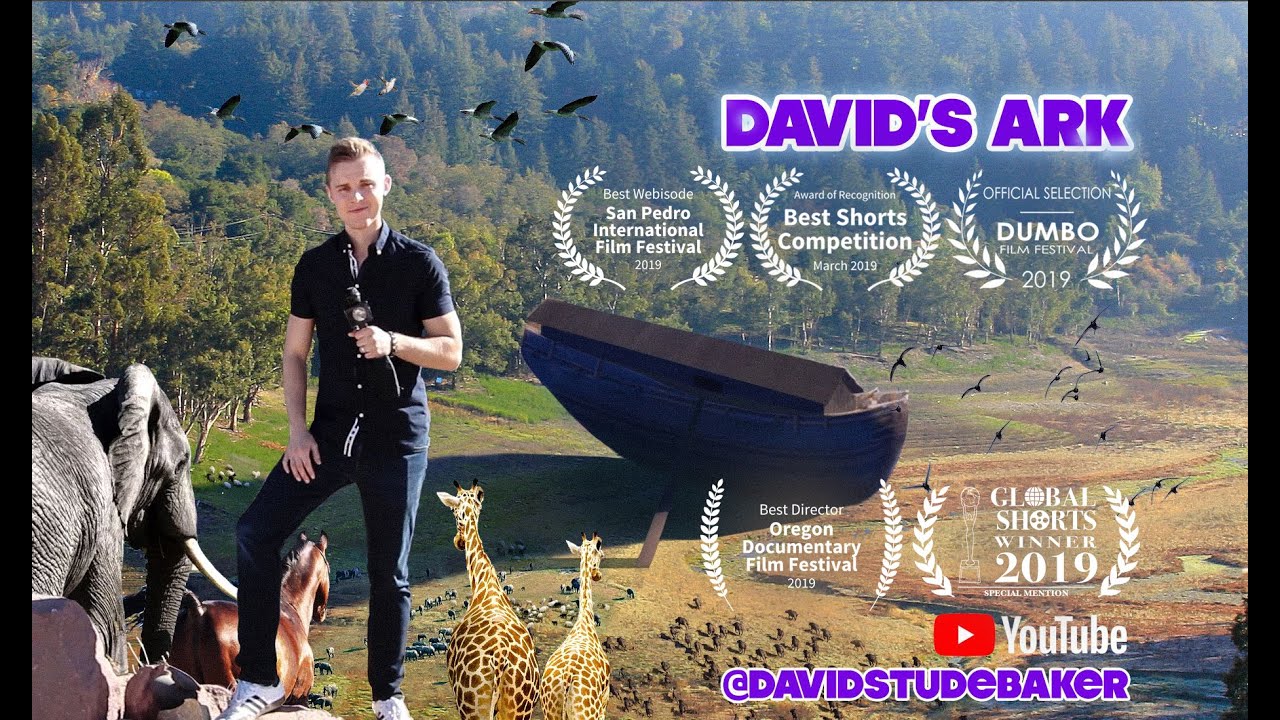 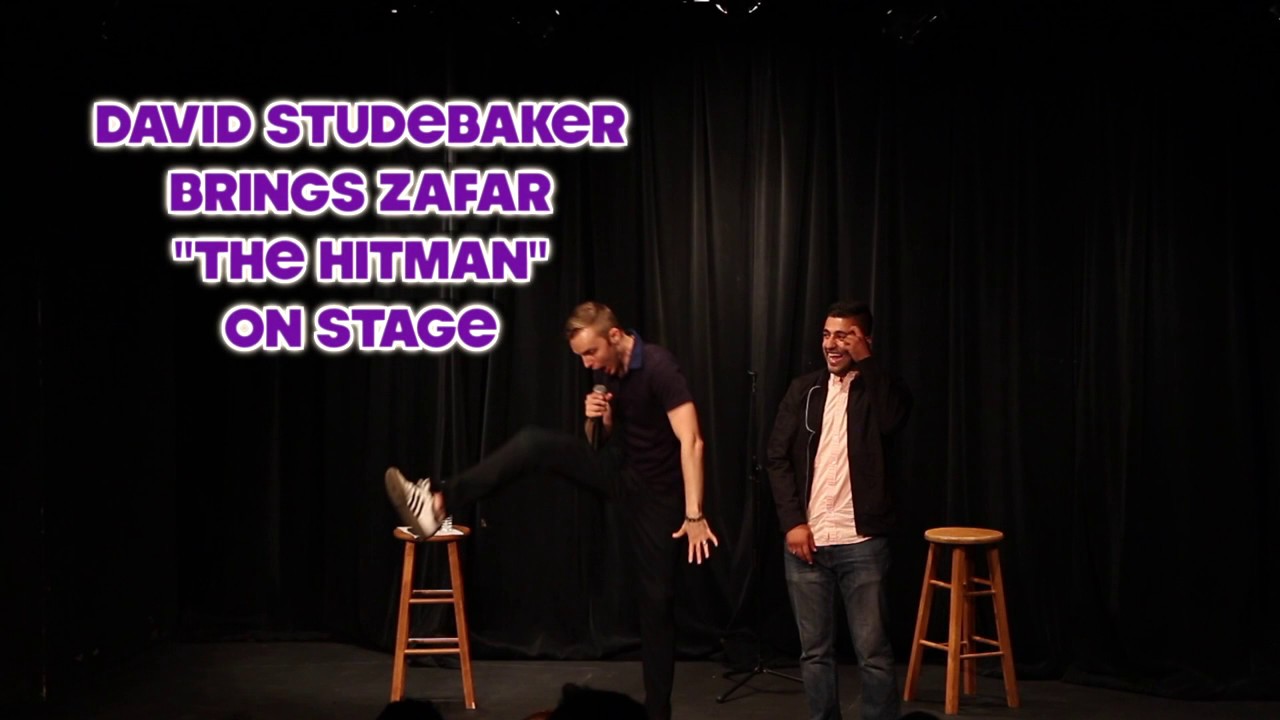 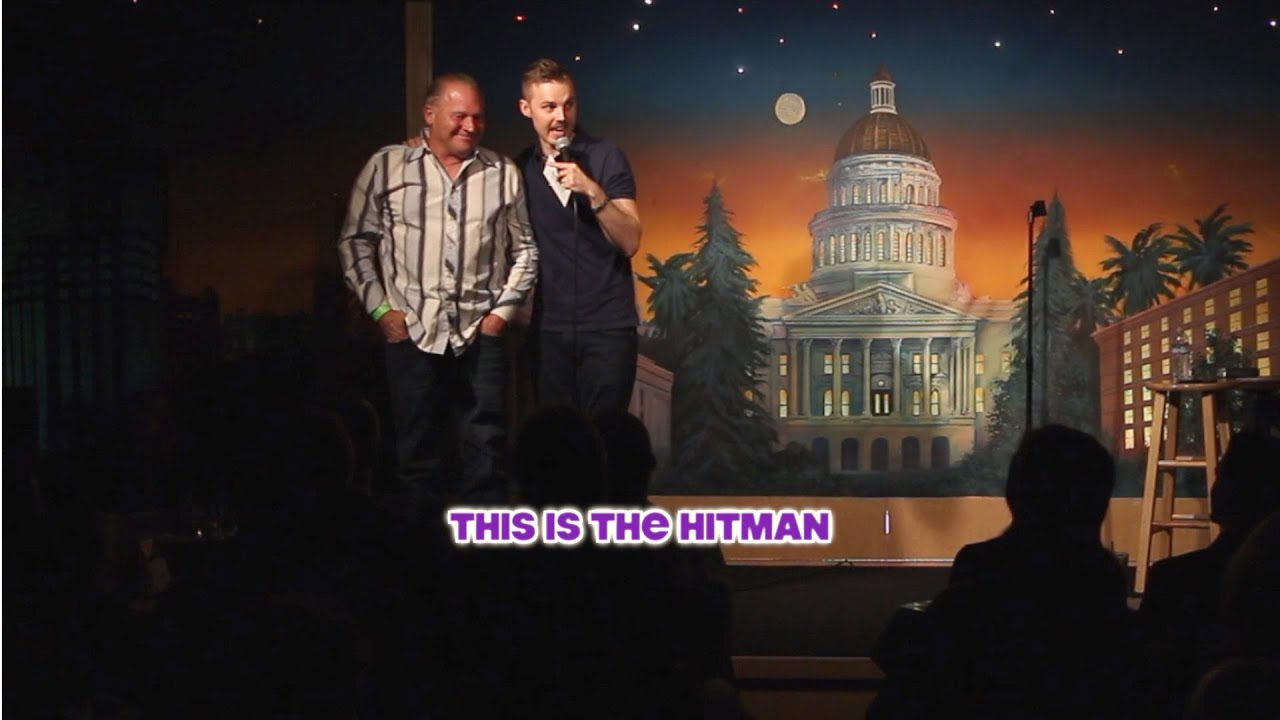 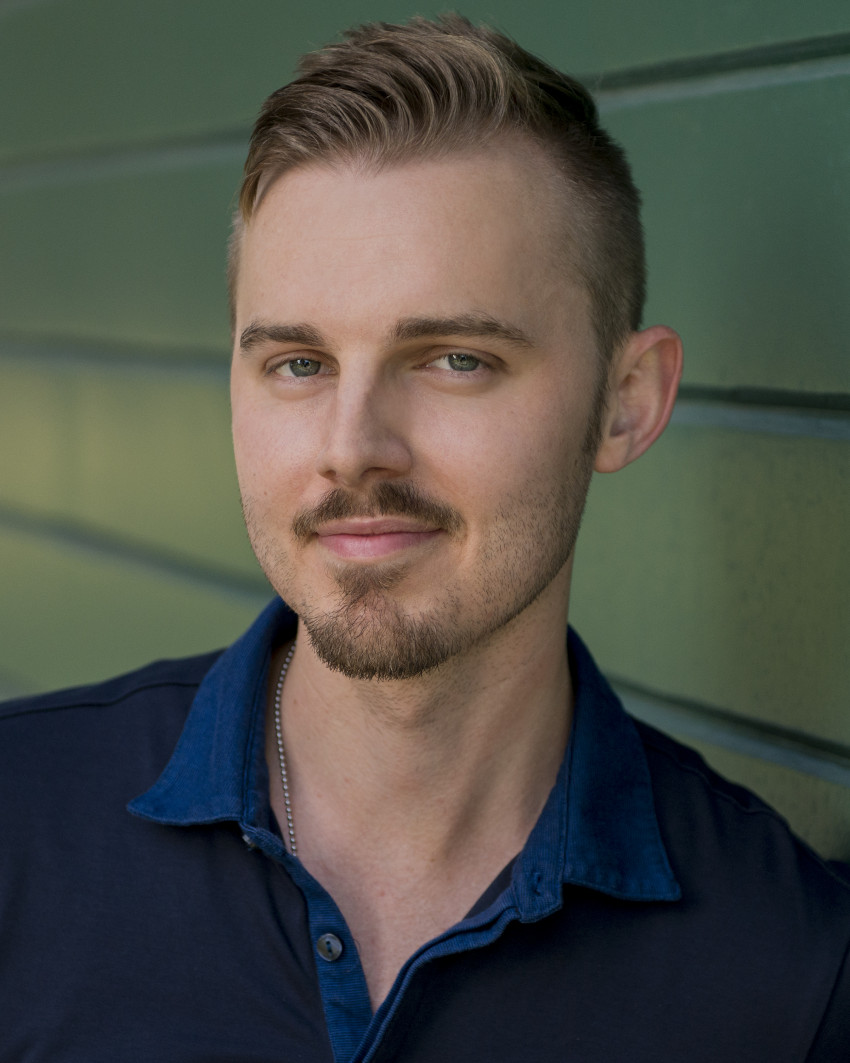 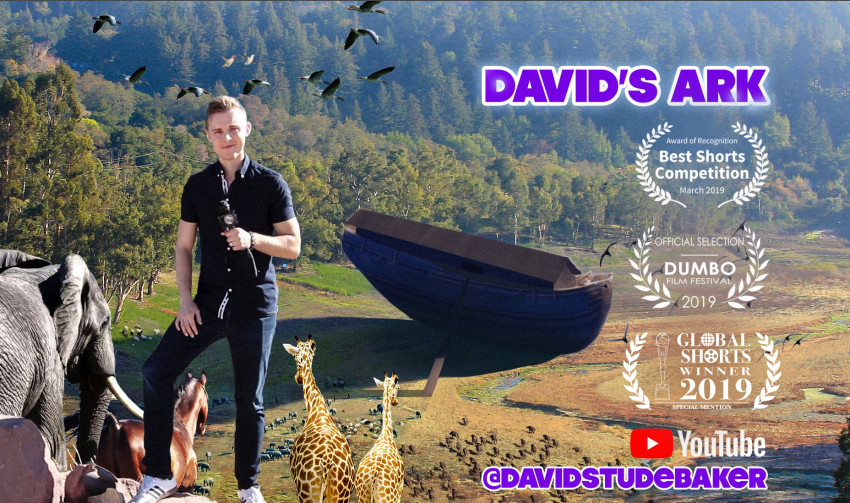 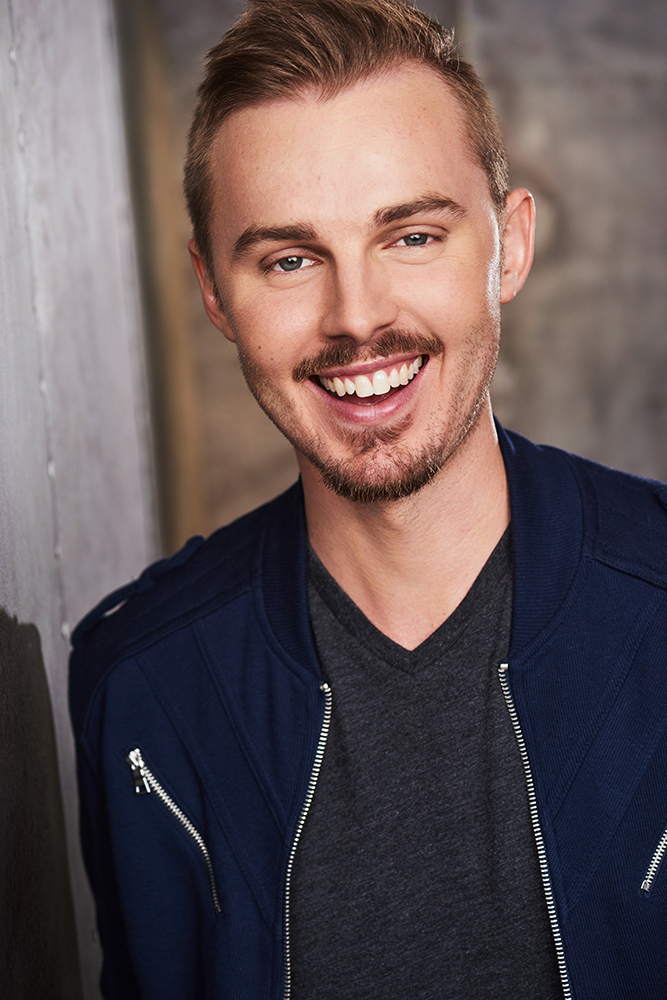 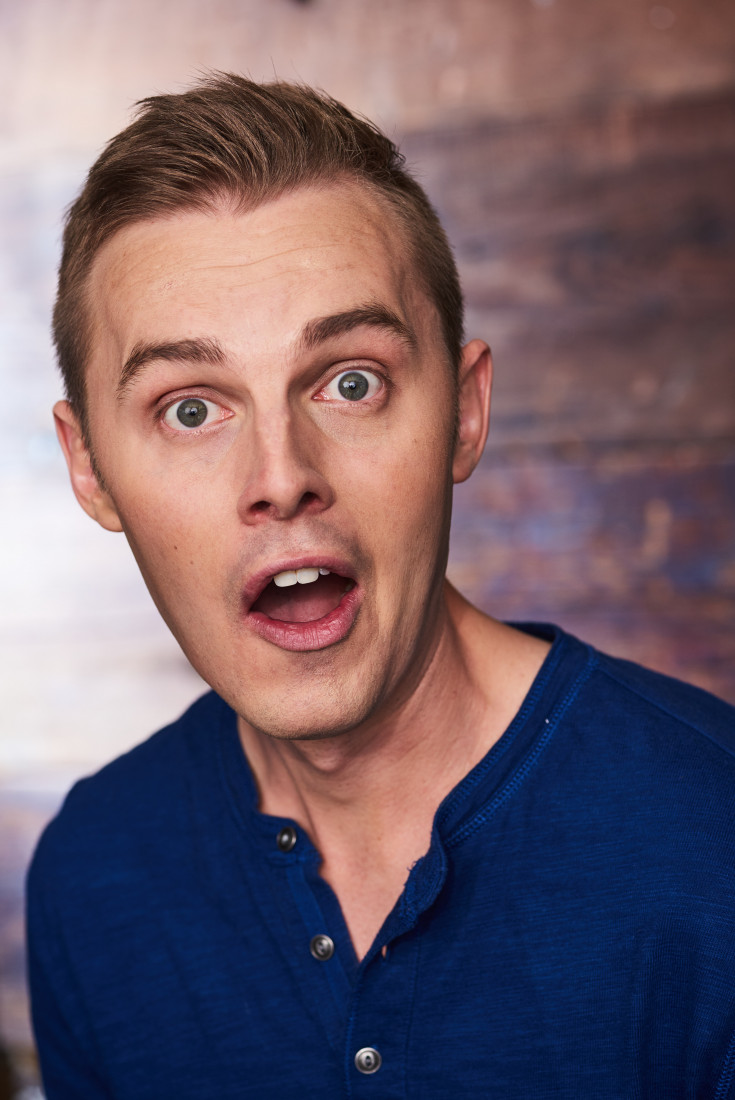 David Studebaker, named “One of the 10 Best Comics to Watch” by SF Weekly, has delighted audiences for over a decade with his brand of fun, fresh, and uplifting humor, blending music, personal stories, and pop culture into his highly interactive shows. His comedy can be heard on Sirius XM and he's been featured on Fox, ABC, the San Francisco Chronicle and a variety of radio shows and publications. Beyond Stand-up, David was the host of 'Pivot On The Street' for Pivot TV's National Network, has emceed multiple awards shows, including LCA's Celebrity Awards Gala at the Beverly Hilton and he recently won Best Director at the Oregon Documentary Film Festival for his hit docu-series: David's Ark!

As an event planner finding the perfect choice for your clients can sometimes be the most difficult task. Finding David was the easiest part of planning my clients surprise 30th birthday party for their son! David was efficient, accommodating, and incredibly communicative leading up to the event. Day of, he showed up way earlier than needed to make sure everything was right and had the party in stitches for the entirety of his 30 min set. He even stayed after to talk with guests and sign copies of his book. David is someone who loves what he does and it comes through in his performance. Would definitely work with him again in a heartbeat!

David is not only responsive, communicative and professional, he’s hilarious and very accommodating. We had a live virtual event and David was on it with the improv comedy and hosting as well as thoughtful. He took notes, weathered on-the-fly changes and was totally engaging. Our client’s executive staff was very impressed. Thank you David for providing a high level of professional entertainment.

I initially found David thru another comedian who saw him perform and called him "outstanding." David lived up to the hype. I hired him for a memorable 40th birthday party for my husband and he had the crowd wiping tears of laughter out of their eyes for the entire duration. He has great comic timing, new how to interact with our mid-30 to mid-40 year old crowd, and was professional and easy to deal with from the first point of communication. I also appreciated his "clean" comedy which kept the whole group relaxed and engaged. It was a night that none of us will forget. I cannot recommend him highly enough.

David was perfect for our work offsite of 11 attendees. The team had no idea our guest speaker was a comedian. They loved it snd it was the best opener to our event! We plan to bring him back to another event soon.

I hired David to perform at my husband's surprise 50th birthday party and he absolutely nailed it. From the point of hiring to the day of the performance, he was very responsive and made the process very seamless.
Everyone including my husband agreed that he did make the night. His comedy was light and refreshing and every guest who was at the party including kids couldn't stop laughing through out the performance. Our audience ranged from all age groups and he worked the crowd effortlessly and made it enjoyable for everyone.
His act is one of the best stand up comedies that we have seen and this has been approved by our guests as well.
Thank you David for making our celebration even more special.

The highlight of the evening

I hired David Studebaker to perform at my husband's 50th birthday and everyone agreed he absolutely made the night. He was comfortable performing in our home and he had us all laughing as he worked the crowd.

I've seen many stand up comics before and David is one of the best I've ever seen. He could headline anywhere!

I hired talented David Studebaker for two holiday parties that we were having for work. Over 140 were enertained each setting. He was professional, adorable and hilarious. I am still hearing talk about him throughout our company. He was able to mingle, get the scoop on certain individuals and add material off the cuff when he felt it was good timing. Everyone loved him and his jokes. As I looked around the room, everyone was cracking up. He even made me look good for selecting him. He did not disappoint. I would recommend him to anyone. He is definitely one to watch as his career grows. I know I will! Thank you, David, for making us all laugh!

David gave an excellent comedic performance at my parents 60th birthday party. He engaged the diversely aged crowd of 160 people with excellence. He included jokes based on events that he keenly observed in the hour prior to his performance. His comedic timing was great and he was FUNNY. David had a ton of positive feedback from guests. He was extremely professional to work with, he was prompt and most importantly, he delivered laughs!!

Getting it on with an Irish Crowd!

We booked David as part of our Irish Comedy nite at the United Irish Cultural Center. David was great to work with, responsive and adaptable right up to show time! His comedy was clean and very suitable for our diverse audience on the nite. We will have David back again as soon as possible! I highly recommend David for your next show!

David Studebaker performed at our corporate holiday lunch and did an outstanding job. He had a tough crowd to work with (about 1/3 of our audience doesn't speak much english) and he just rolled with it and "worked the crowd". He was very professional and we will definately ask him to come back for future events.

I hired David for my first show "Comedy Lanes" and he was a complete professional. Not only did he put on a great performance the night of, he also helped me by finding the other comics and giving me advice, being it was my first time producing a show. I highly recommend David for anyone who is looking for a very talented and positive stand up comic.

My style of comedy is warm, upbeat, fun and easy to relate to. The majority of my act doesn't go beyond PG-13, I can be squeaky clean upon request and I am an experienced host, emcee and actor. In addition, I have a wide variety of writing experience (screenwriting, advertising, fiction) so if that is a service you require I am happy to provide it.

David Studebaker, named “One of the 10 Best Comics to Watch” by SF Weekly, has delighted audiences for over a decade with his brand of fun, fresh, and uplifting humor, blending music, personal stories, and pop culture into his highly interactive shows. His comedy can be heard on Sirius XM and he's been featured on Fox, ABC, the San Francisco Chronicle and a variety of radio shows and publications. Beyond Stand-up, David was the host of 'Pivot On The Street' for Pivot TV's National Network, has emceed multiple awards shows, including LCA's Celebrity Awards Gala at the Beverly Hilton and he recently won Best Director at the Oregon Documentary Film Festival for his hit docu-series: David's Ark!

Just a mic, a stool and a stage is all I need.

Each set is different depending on how long the show is, what the audience is and where it's taking place. But I talk a lot about my background/childhood, music, sports, and various other topics I find relevant to the event or show. I also do a lot of audience interaction to keep things fun and upbeat.