Heard it through the Grapevine

Got to Give it Up 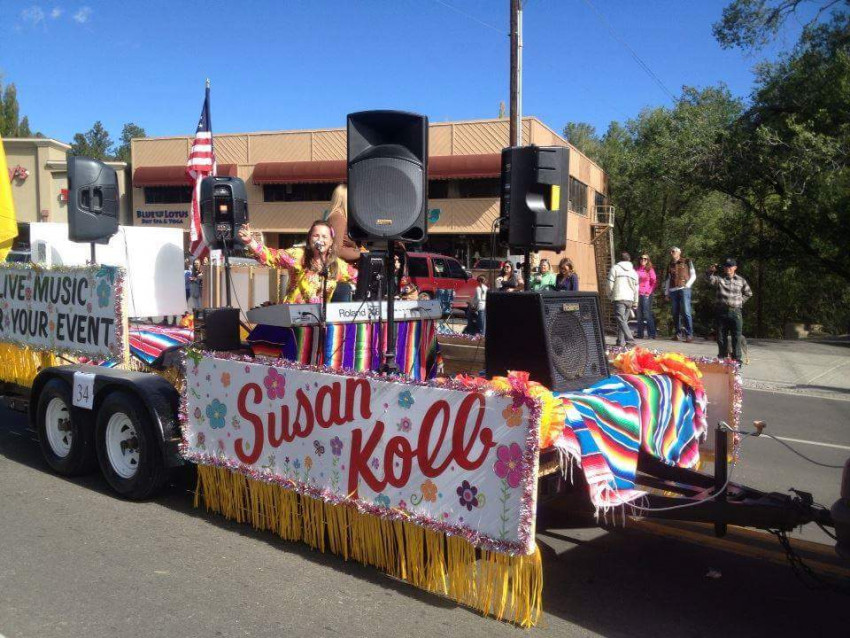 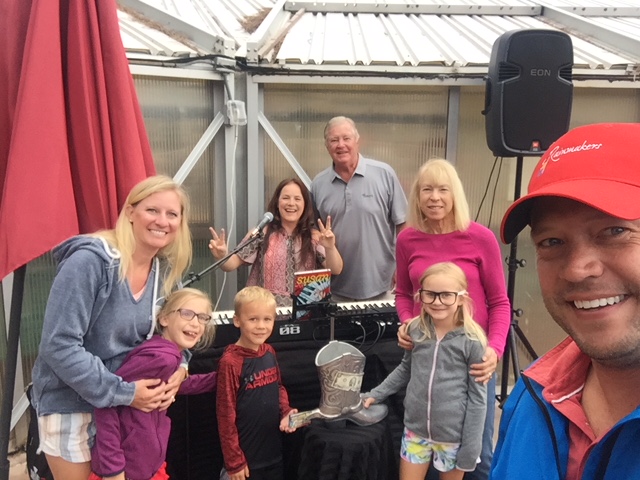 hanging out with a family of fans 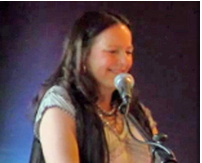 Now Booking for 2019 Holiday parties in Tx and New Mexico

Susan's husband asked her if she was ever going to sing out of the shower. She decided the time was right. With a little nudge she began her professional entertainment career and gained momentum from the encouragement given by her late husband. Today she is a full-time solo entertainer with an extensive playlist featuring many styles of music. Audiences love her upbeat attitude, energy and amazing vocal range. She is now entertaining in New Mexico and Texas.

Susan is a true blue professional and fun entertainer ..lots of energy and great songs ..

Susan provides many genres for any occasion. I’ve been to many of them. Outstanding vocalist with a wide range of talent and music. Only song I didn’t hear was Heart and Soul but she always brings that to all her performances.

Hired as:
Multi-Instrumentalist, One Man Band

Talented Entertainer. Beautiful person, inside and out!

Susan never disappoints. She is very talented and sings and plays a wide array of various songs and music. Her voice is amazing and her personality adds to her show. Very entertaining and very talented. If you have the opportunity to hire her for your event or attend a show, I HIGHLY encourage you to do so. She has such positive energy, is truly light! I highly recommend Susan Landers Kolb. You will definitely be more than satisfied with her superior performance, amazing talent and how she includes audience participation, increasing the fun and adding to the memorable experience. I love Susan!!

I love the mixes that Susan plays at here gigs. Always a song I love somehow.... but like every song. Always upbeat and energetic. Susan herself is very funny and charming. You can't stop your self from loving her.

One woman, many voices

Country, pop, oldies or current music, Susan does them all and does them very well.
She is one of the few performers who can entertain an audience from 21 to 81 and throw in enough musical variety to keep them all happy.
She is also capable of performing in any venue, from small spaces to very large banquet rooms.

Thank you Harold! I look forward to seeing you in the audience tonight!

Susan is often told that her song selections are fantastic for all types of audiences. Often the audience will sing along as her songs are well known and popular. She has an excellent rapport with the audience and often her fans say they feel comfortable at her shows and leave very happy.

Susan Kolb began singing professionally in 2008 at the urging of her late husband Paul.
Initially studying classical piano and singing through college, she put music on the back burner to pursue a broadcasting and sales career. The stars aligned with the right people and she decided to put all her efforts into music. She began touring ten years ago throughout Texas and created relationships with hotels, clubs and lounges that she maintains today. Often she performs songs not usually done in a live setting. Her song list is extensive and now includes original songs. Susan currently performs in New Mexico, Texas, Oklahoma and Colorado.

Susan is a one "woman" band and provides all equipment necessary for her shows. She is comfortable playing indoors or out. If there is not a covered area for her to play, please make sure that information is communicated as she has tents. Also, if the set up is unusual, such as lots of stairs, please let her know. She does not need a large stage.

One of Susan's best qualities is her ability to perform a huge number of songs from many different artists. She loves classic country such as Patsy Cline, Dolly Parton and Hank Williams. She also performs classic rock from bands such as the Hollies, Heart, Fleetwood Mac and the Eagles. Motown is one of her favorite genres and she often performs Stevie Wonder and Tina Turner. Susan also loves alternative rock and her favorite artists are Collective Soul, 3 Doors Down and Stone Temple Pilots. And, last but not least, she performs current favorites from Adele, Ed Sheeran and Pink. Susans music works for background, dancing and concert settings!