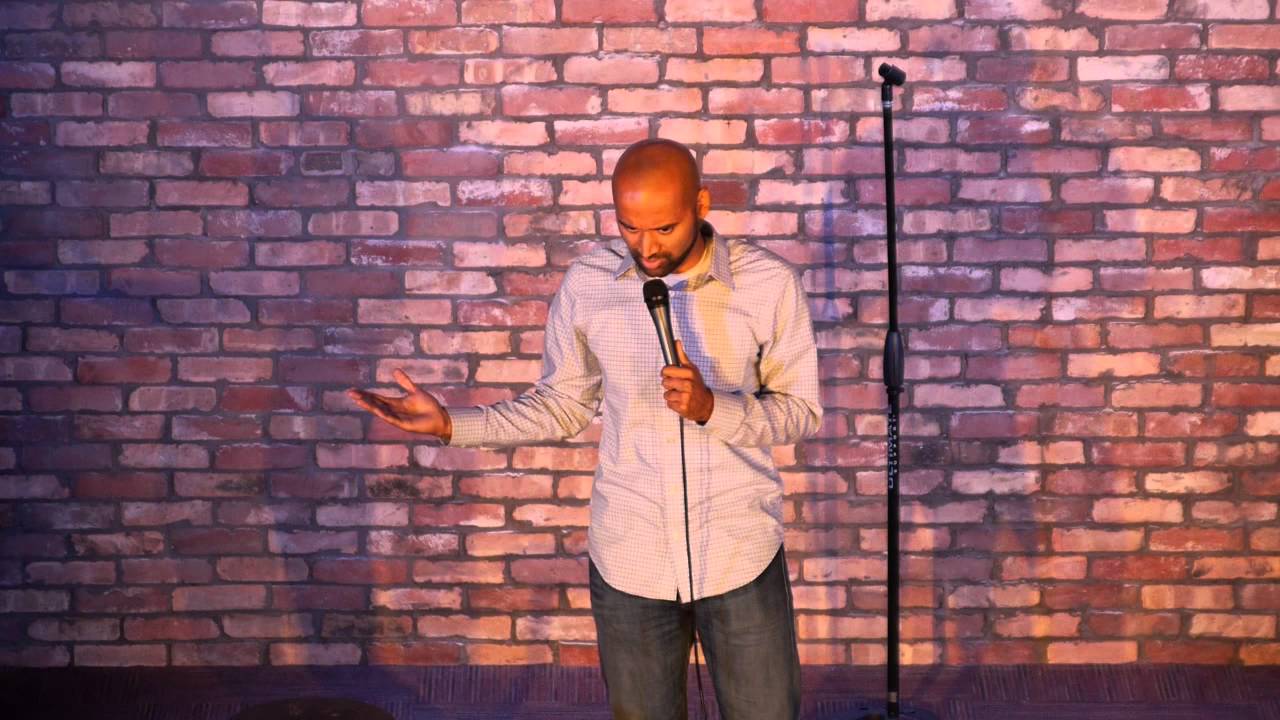 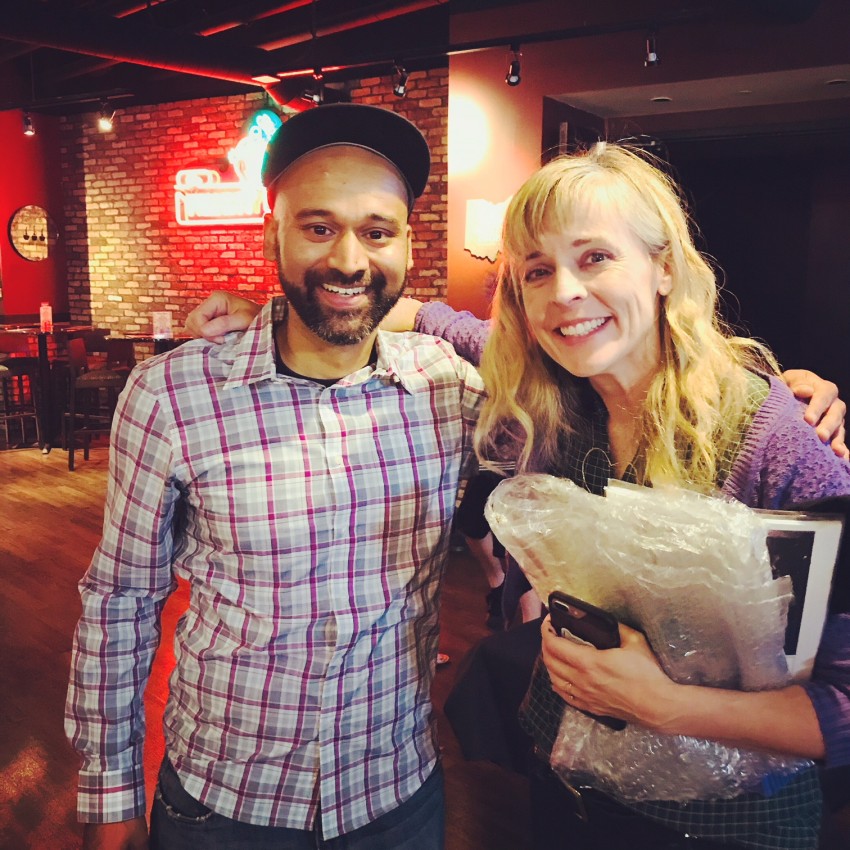 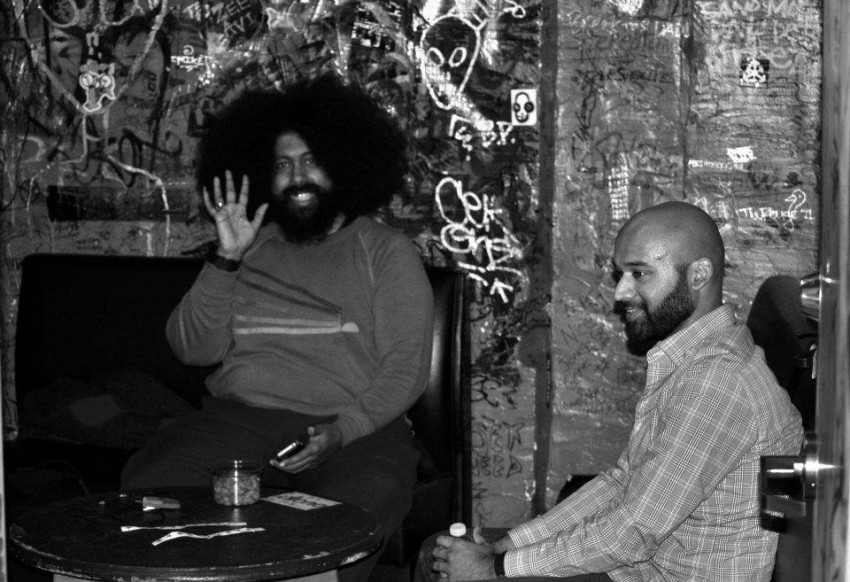 Backstage with Reggie Watts prior to his show where I opened for him. 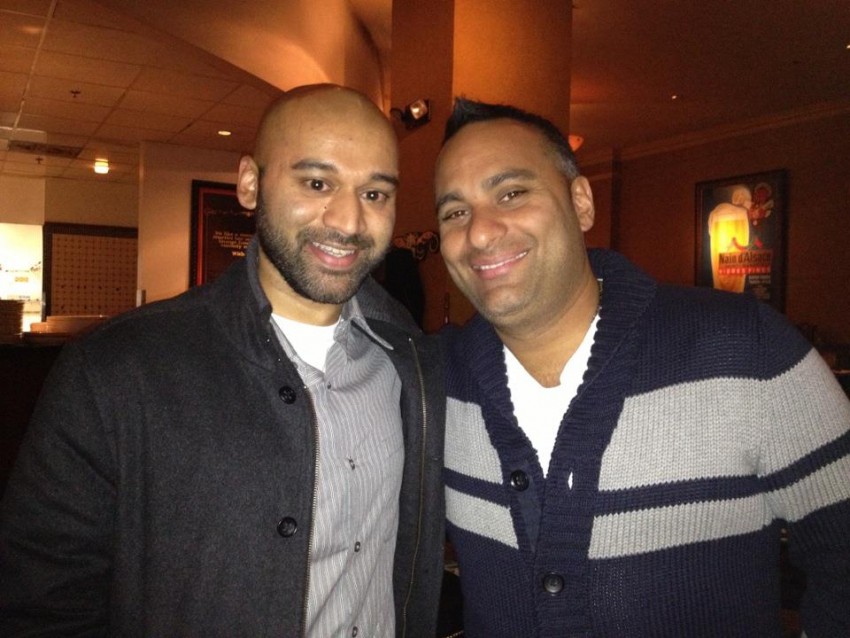 With comedian Russell Peters, who has been kind enough to have me on shows that he has done in Ohio. 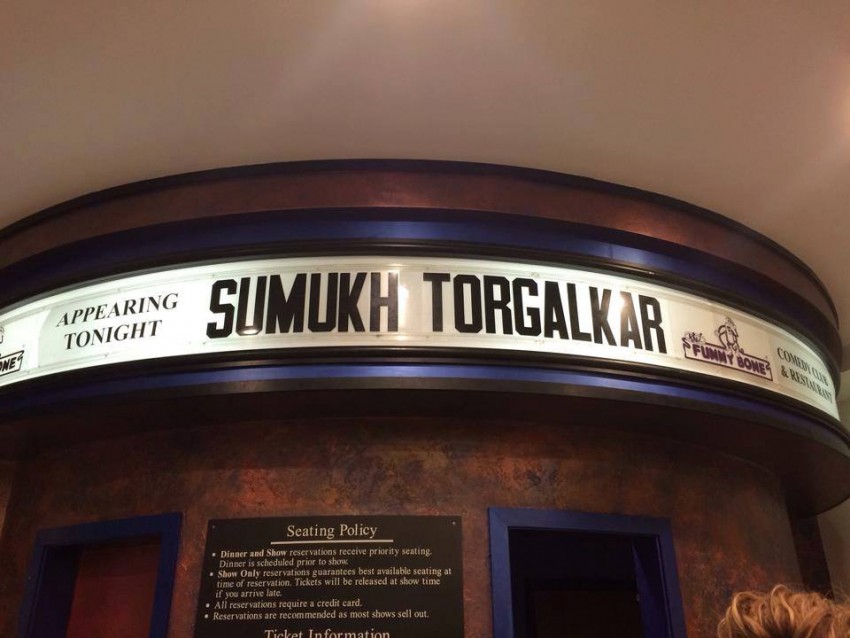 I have headlined many different venues across the country. Here is the marquee at the Columbus Funny Bone on the night I recorded my album. 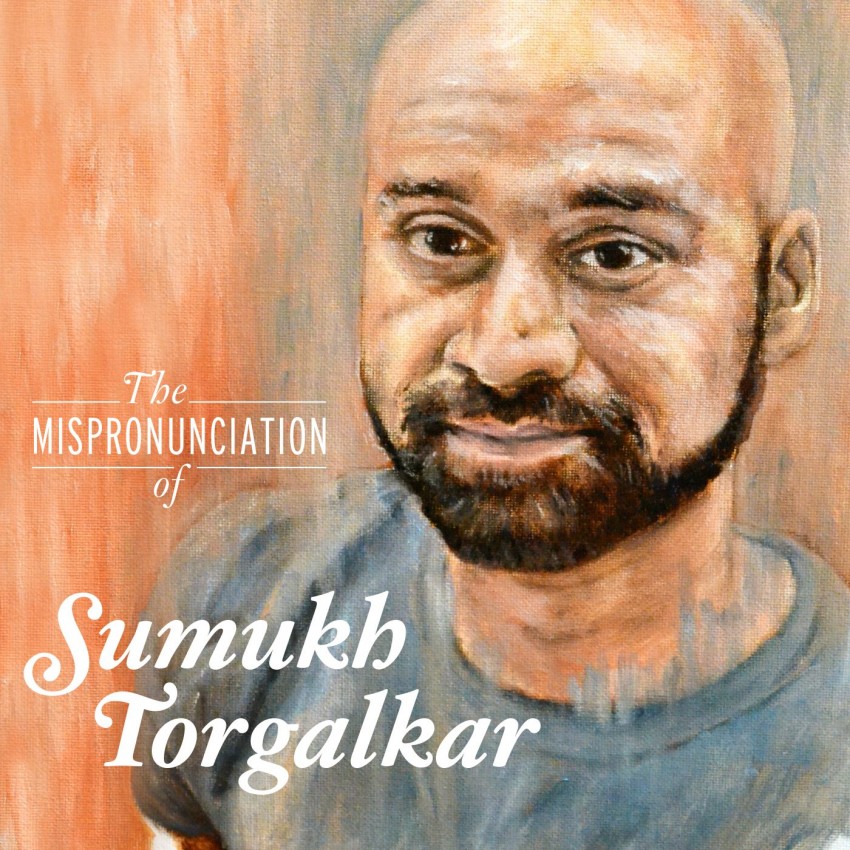 My album, "The Mispronunciation of Sumukh Torgalkar" released August 4, 2015. It reached the Top 10 of the iTunes comedy charts. 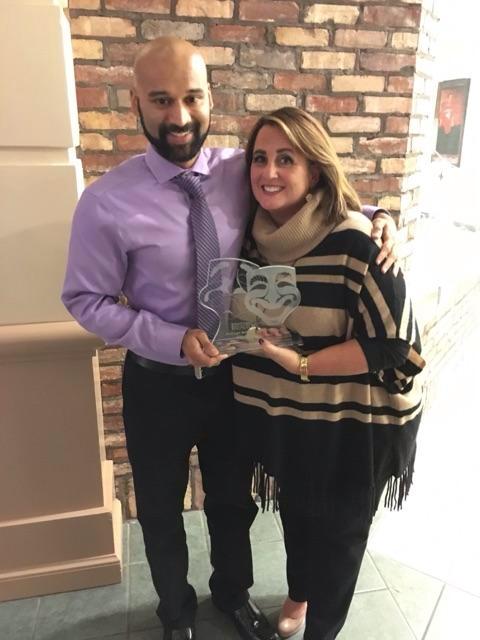 I have participated in numerous corporate events. I was a comedy coach for this event, "Last Realtor Standing," and the real estate agent I coached on comedy won the event! 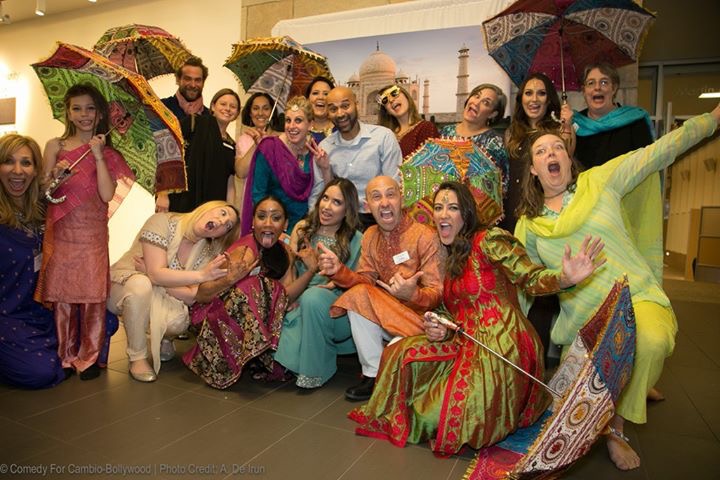 I do comedy at events honoring Indian culture. Here is for Intercambio in Boulder. 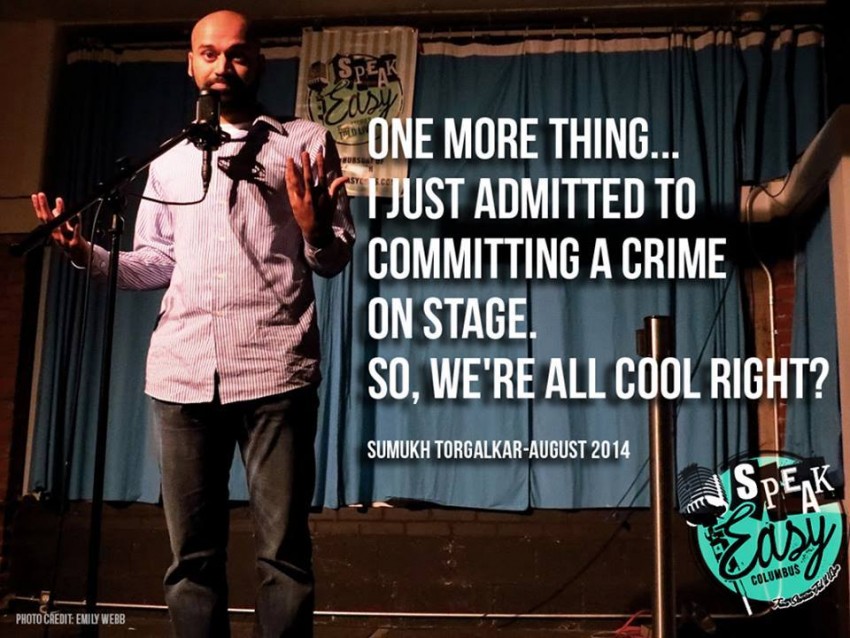 Photo taken by my friends at Speak Easy, a storytelling show I have performed at in Columbus, OH 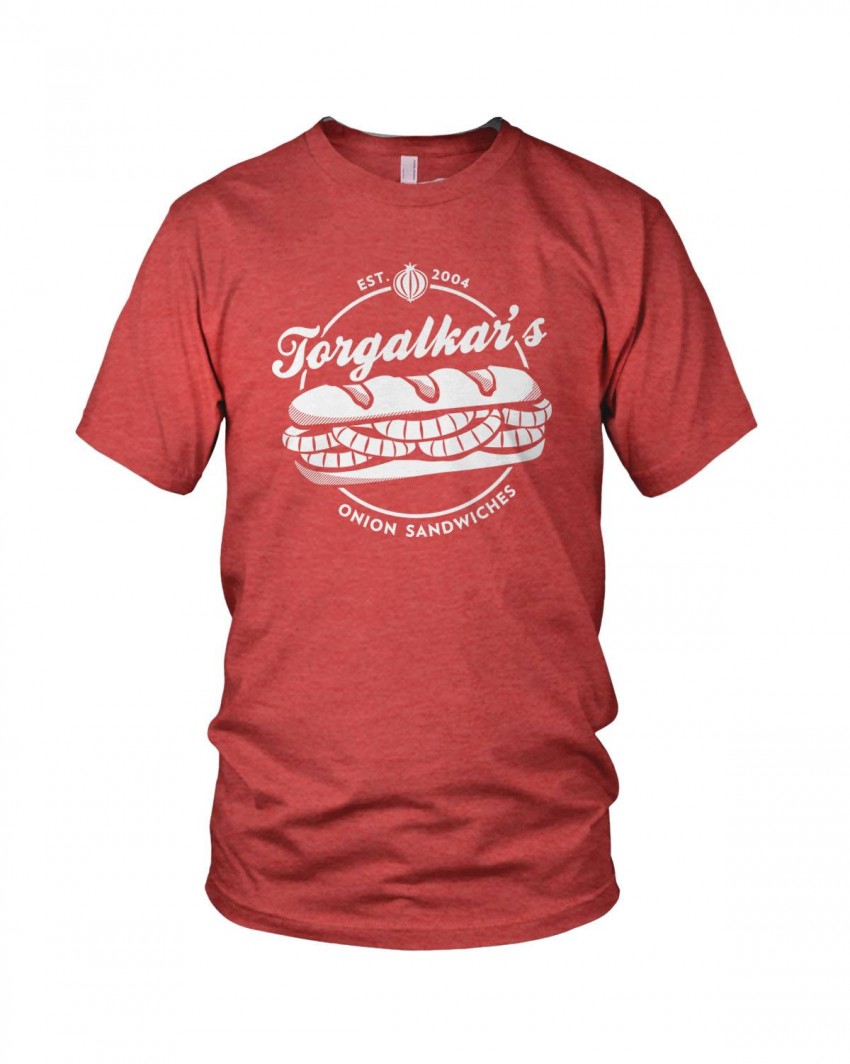 My T-shirt related to my comedy, which is available for sale on my website. 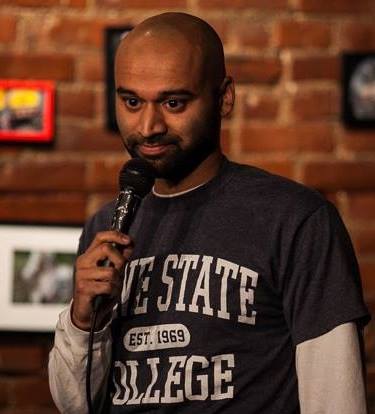 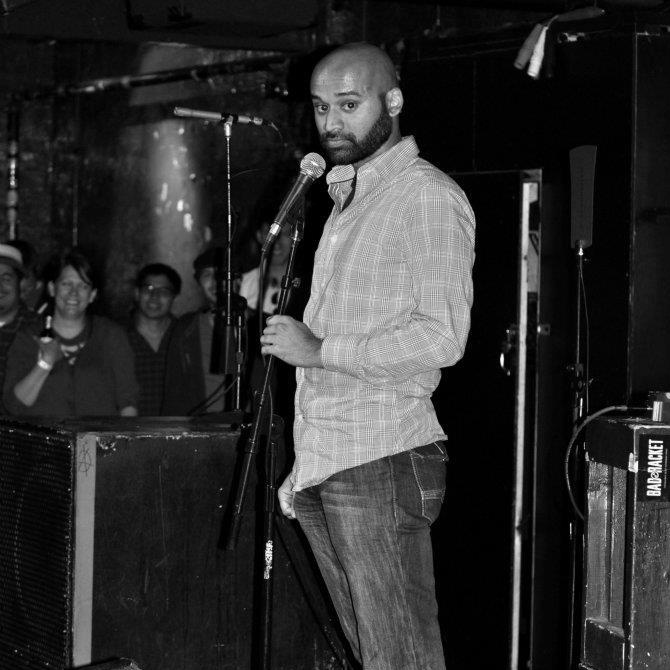 Performing on stage at The Grog Shop in Cleveland, OH 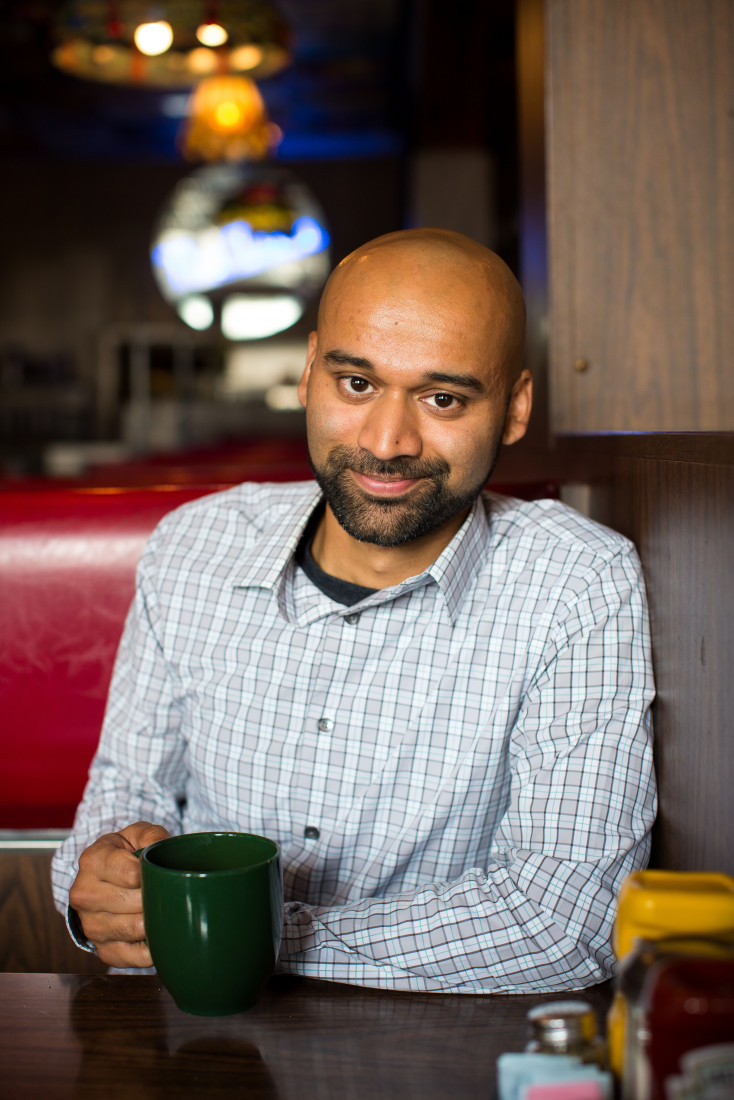 I am a stand-up comedian who works comedy clubs, colleges, and private events across the country. I am a clean comedian who has entertained individuals of all ages and backgrounds. I am an Indian-American comedian who has performed at events related to the South Asian community. I am a versatile comedian capable of performing for any audience and willing to work to make the most entertaining show possible for your event. If you are looking for a longer show or larger scale event, I can work with you to make this is a success and provide additional, appropriate comedians for the type of humor that you prefer.

Sumukh was fantastic to work with, he is a great communicator, modified his contract at our request, worked within our budget, met for a pre-session run through and most importantly provided the exact type of comedy we were asking for. We specifically requested a show to support May Asian Pacific Islander Month with ties to diversity, equity and inclusion, that would also be corporate appropriate. Sumukh did a great job weaving personal experiences into humorous stories while staying true to his personal identity.

I also truly enjoyed his candor and openness during the Q&A session. Not only is Sumukh a good comedian, he is a thoughtful and passionate philanthropist who I would love to hire for future events.

I've been planning events for our Asian Affinity Employee Resource Group for several years, this was one of the easiest to plan, smoothest run and well attended events I've organized - would definitely recommend to others.

Can't say enough, he is the best

Sumukh did a virtual set for my wife's birthday. In every way it was fantastic. We had a group on 12 and he engaged everyone, with a diverse age range and made everyone feel good. His set was very funny and hit on so many topics that my family could relate. I would highly recommend Sumukh to anyone who wants to make a special occasion very memorable. It was almost like he was a part of the family, he had everyone laughing.

Best zoom comedy show ever! Worth every penny!

Sumukh was as much of a joy to work with in planning as he was was a surprise for my family with his personalized, private virtual comedy show. Prior to the show, he was very collaborative and easy to work with. He took the time to get to know about all those that were in the audience to ensure he made them each laugh. For the show itself, he was funny, personable, and really took the time to ensure everyone had a wonderful time. Would highly recommend Sumukh for any comedy show or event!

Virtual Event for company get together

Highly suggest you reach out to Sumukh for a virtual company event. Comedy is what is everyone needs more than ever! Sumukh, brought it! He had everyone cracking up on a company virtual venue with more than 100 people online. Thank you Sumukh! Appreciate you taking the time to hang out with us.

It was great! Attentive, punctual, put on a great show! Would recommend!

We hired Sumukh for our annual company party. He offered a great price for our small budget in-office event. He was professional, reliable, easy to negotiate with, and had timely communication throughout the process. The entire staff enjoyed his witty, hilarious performance. We highly recommend Sumukh for anyone looking for a comedian for any event!

I recently attended an event and they had Sumukh Torgalkar as the entertainment. He is one of the funniest comedians I’ve ever seen. I especially loved that none of his jokes were “cheap” jokes made at anyone’s expense. My stomach hurt from all of the laughter!

Sumukh was fantastic! He was the comedian at our preschool fundraiser, and was hilarious! He was great to work with as well. He always got back to me immediately, and was very professional. I would definitely recommend him to anyone looking for a comedian!

After watching Sumukh's videos, we knew we had to hire him! Working with Sumukh this past spring was a breeze; he handled our booking with the utmost hospitality and professionalism - plus, the crowd loved him! We can't wait to work with Sumukh again.

Sumukh was very professional, easy to work with and plan with, and did a great job with comedy at our fundraiser event! In this time of racial diviseness, Sumukh helped us laugh at our differences, and really related to a Colorado crowd.
5 Tail Wags for him!

Sumukh was a pleasure to work with from the get-go, and made dedicated efforts to commit to our event and find transportation to the venue. His act was witty and thoughtful and he carried a great energy throughout his whole set. I would recommend this act to anyone who appreciates thoughtful jokes that don't need to rely on raunchy punchlines.

Sumukh is a fun conversationalist with the group, and in our case kiddos. He is enjoyable to work with and reliable. I recommend Sumukh!

Sumukh was very helpful to us, as we are new to booking comedians. He gave us practical advice and pointed us in the right direction!

We had Sumukh at our annual spring/ summer party, all I have to say HILLARIOUS.
Very easy to work with , very proffesional.

Sumukh was the perfect closer to our event

I can't speak highly enough about the job Sumukh did at our wedding reception . Going into it, he asked the right questions so he could tailor his act to our event. He was very professional when it came to the business side of things and did everything we asked. Sumukh was given an impossible task of being funny to a group of people ranging from their early 20's all the way to their 80's. And he got them laugh.

I have no doubt in my mind that this day wouldn't have ended on the high note we wanted it to, if Sumukh were not a part of it.

Sumukh was the opening act for a non-profit comedy event that my family hosted in August of 2015. While some performers might focus strictly on their own performance, compensation and brand, Sumukh offered much more in the way of planning, promoting, trouble-shooting and generally helping those organizing the event succeed in their goals. This inaugural event for our organization could have easily gone off the rails without Sumukh's insights and participation. He's a tremendous asset to any endeavor he's involved in. And I haven't even gotten to how funny he is! Sumukh has a style all his own. He blends tales of his upbringing, observational humor and commentary on modern times to great comedic effect. Borderline criminal name botching, onion sandwiches, an Indian passing for a Mexican - everything's fair game when you see Sumukh do his thing. He's a pleasure to watch and work with.

Sumukh, was our guest entertainer of the evening, at our 26th Annual Gahanna Area Chamber of Commerce Golf Outing. Sumukh provided us some much need laughter after a hot day in the sun for our annual Golf Outing. He also helped us to raise money for the DECA Scholarship Program at our local High School through his participation. He was very accommodating with his performance and appropriate for the audience. I would highly recommend him for your event. Respectfully, Ron Smith, Vice-Chair Business Development, Gahanna Area Chamber of Commerce

We had the privilege of having Sumukh do a show at our college for one of our wellness events to help our students, faculty & staff de-stress with laughter. Sumukh had everyone laughing for over 30 minutes, all of his jokes were clean and hilarious. We would definitely recommend him & would love to have him back.

Sumukh did a fantastic job at our corporate party! He ingaged the audience and was not obscene. Very funny!

A professional and appropriate comedy show for any event. The comedy is clever and my main goal is to ensure your audience is entertained and happier by the end of the performance.

Sumukh Torgalkar was born in Cleveland, Ohio to two Indian people. It’s a simple statement but covers the adventure that is Sumukh’s comedy. Focusing on such varied topics as his suburban Midwestern upbringing, his lovable Hindu family, his friendships with the elderly, and 90s R&B superstar Montell Jordan, Sumukh weaves his personal experiences and observations via his dry but engaging sense of humor.

Sumukh began as a stand-up comedian in Columbus, Ohio and helped organize numerous comedy festivals and independent shows which led him to being labeled one of Columbus Alive‘s “People to Watch.” He is now based in Los Angeles where has hosted the monthly show, Laughterhouse 5, at Book Show in the wonderful neighborhood of Highland Park for over 2 years. He tours the country performing anywhere from independent stages to comedy clubs to colleges to corporate events all while accomplishing what one audience member described as “the impossible task of being funny to a group of people ranging from their early 20s all the way to their 80s.” He has opened for such major acts as Reggie Watts, Russell Peters, Maria Bamford, Kyle Kinane, and Chad Daniels and has appeared at Atlanta’s Laughing Skull Comedy Festival, Columbus’s Rock on the Range, Cleveland’s Accidental Comedy Festival, Boise’s 208 Comedy Festival, and Wilmington’s Cape Fear Comedy Festival. As a writer, he has contributed to MAD.

His stand-up comedy album, The Mispronunciation of Sumukh Torgalkar, is in regular rotation on SiriusXM Radio’s Laugh USA (Channel 98), and has drawn rave reviews from fans and critics alike.