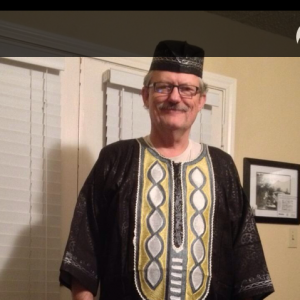 K Steven Esteban is a singer who has a story. He has a story to tell. There are better pictures of him, but this picture reflects his ability to become the very real voice for the song, the story, the part in the play that he is to perform. K Steven wants to be the Colonel Sanders of doing a voice-over, a song, a story in a play, to be discovered for some unexpected opportunity to present his voice. He is a singer, actor, storyteller, voice-over talent who just needs a small outlet that may very well grow to have a larger audience. The voice he seeks therefore is not merely a song, but a voice for the heart and soul that he represents. He is an entertainer, a public speaker, voice to hear.

Be the first to review Storyteller Singer Voice-Over Actor