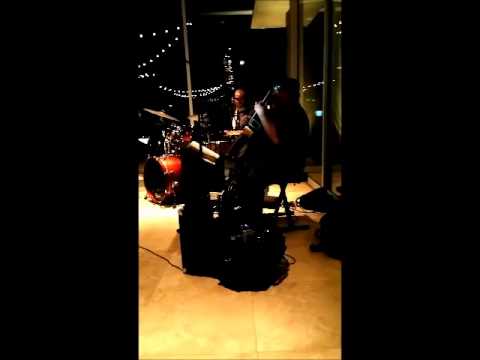 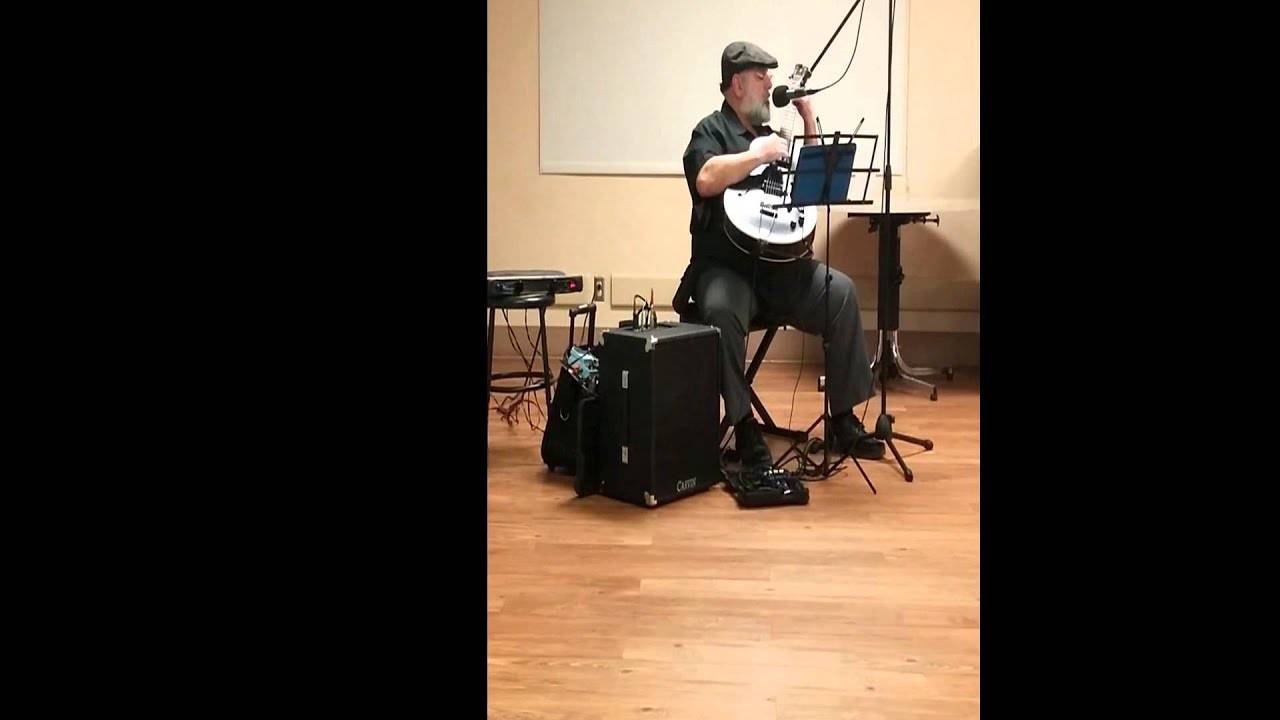 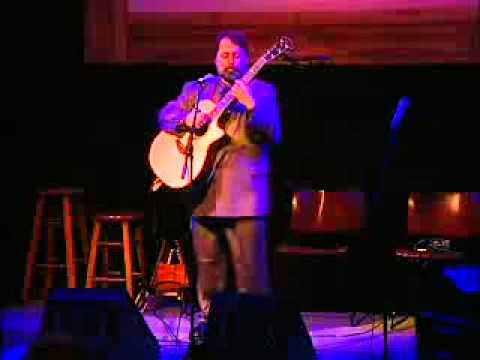 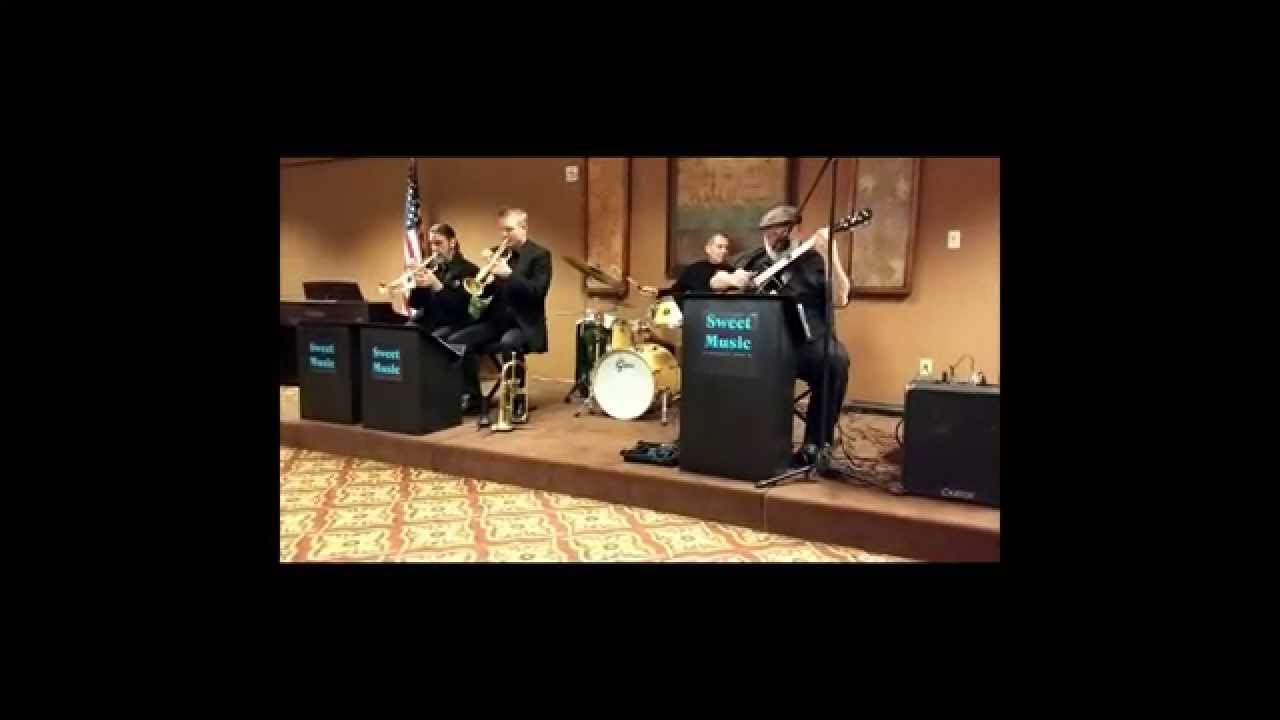 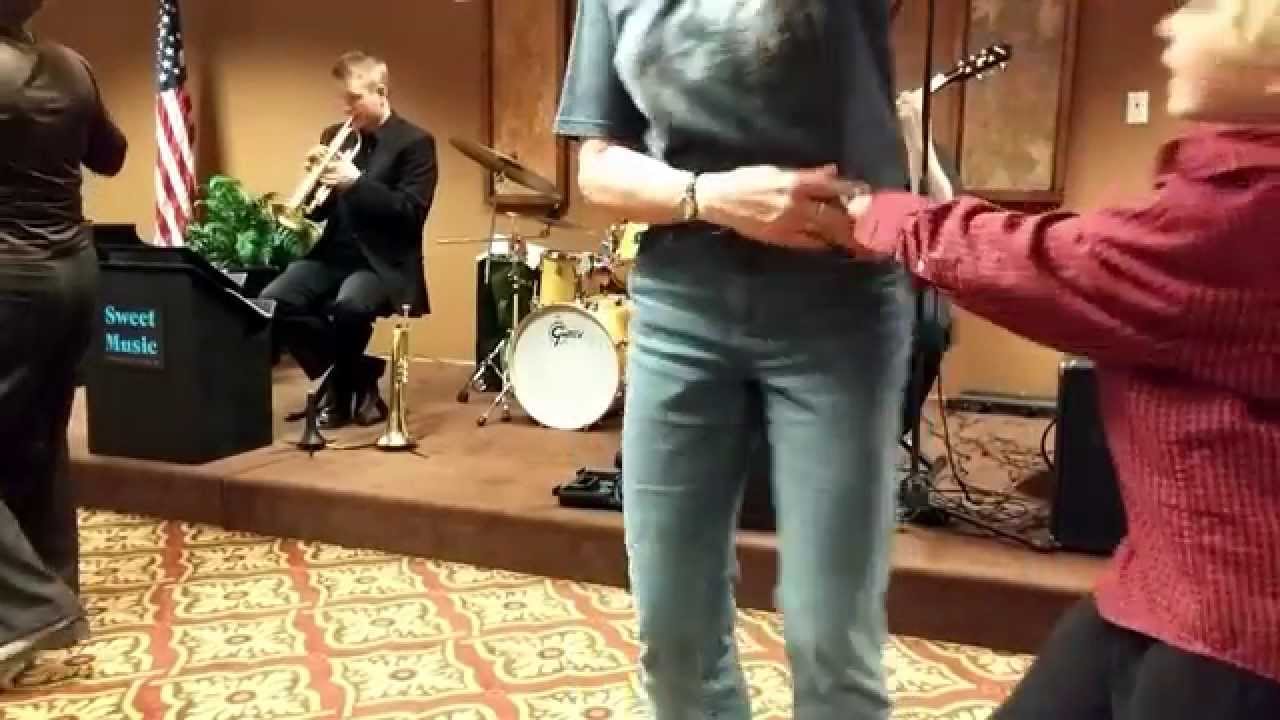 Sweet Music Band "Do You Want to Know A Secret?" 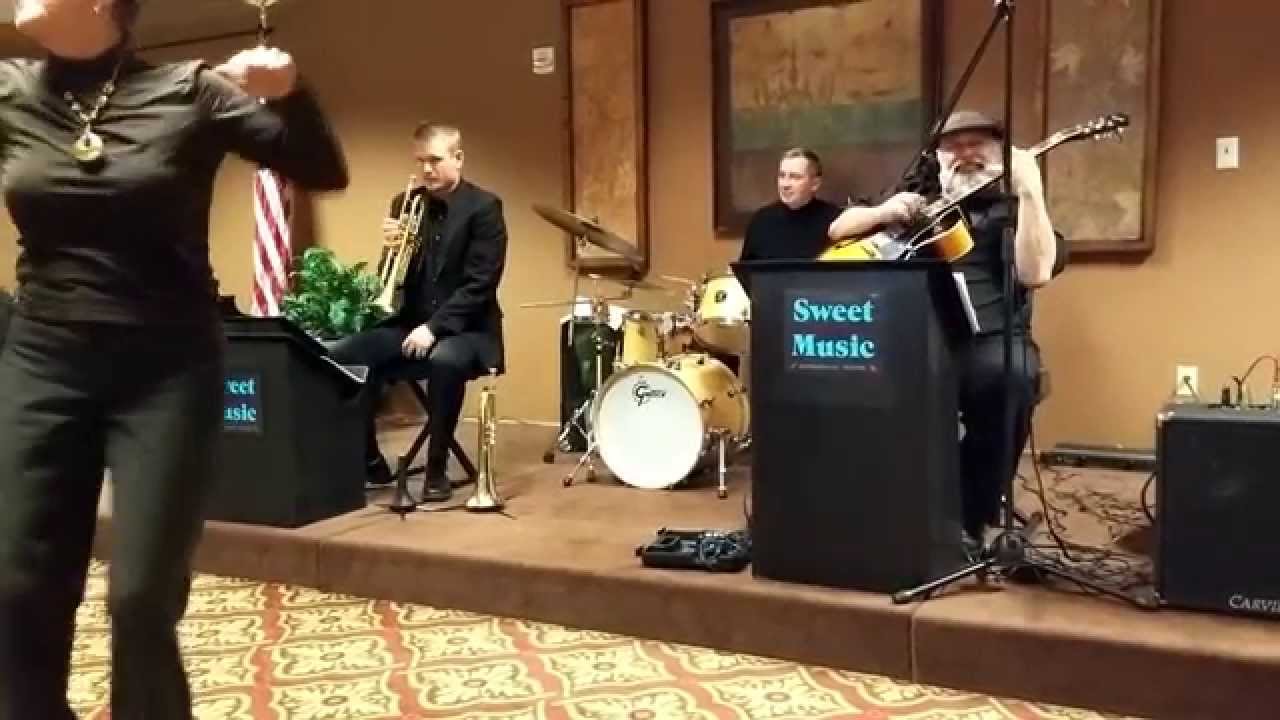 Sweet Music trio -"In the Mood" 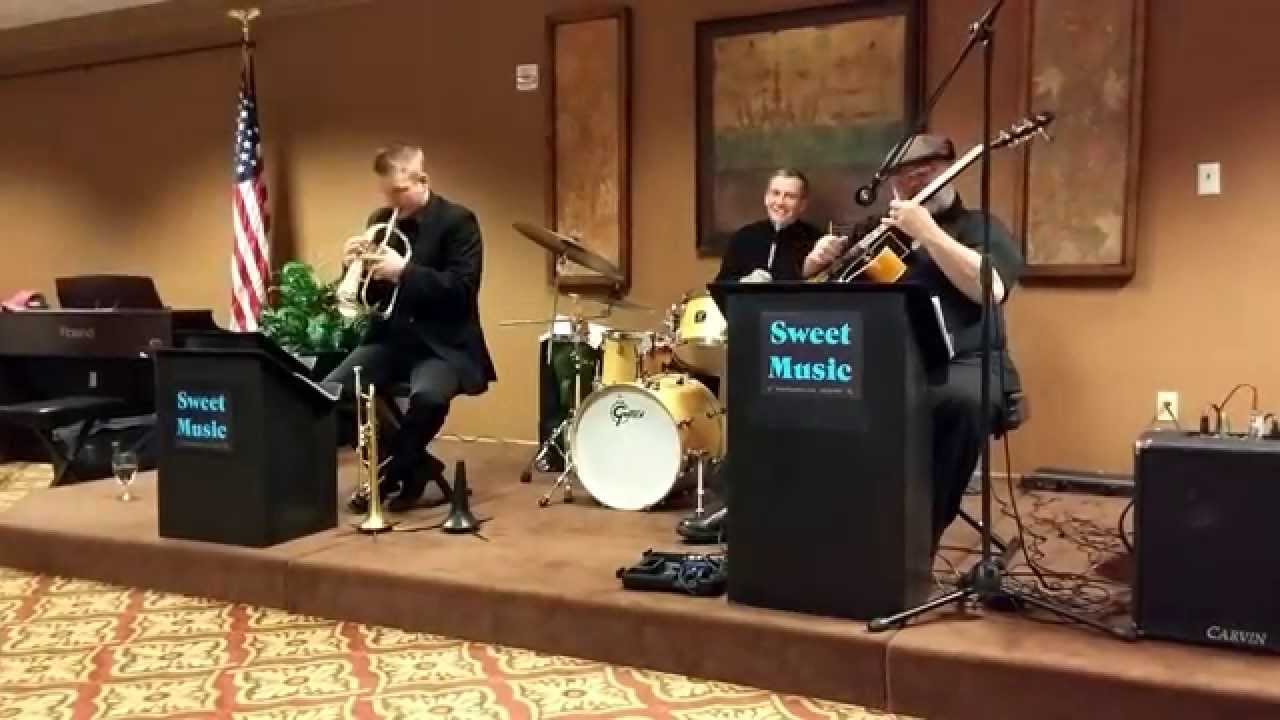 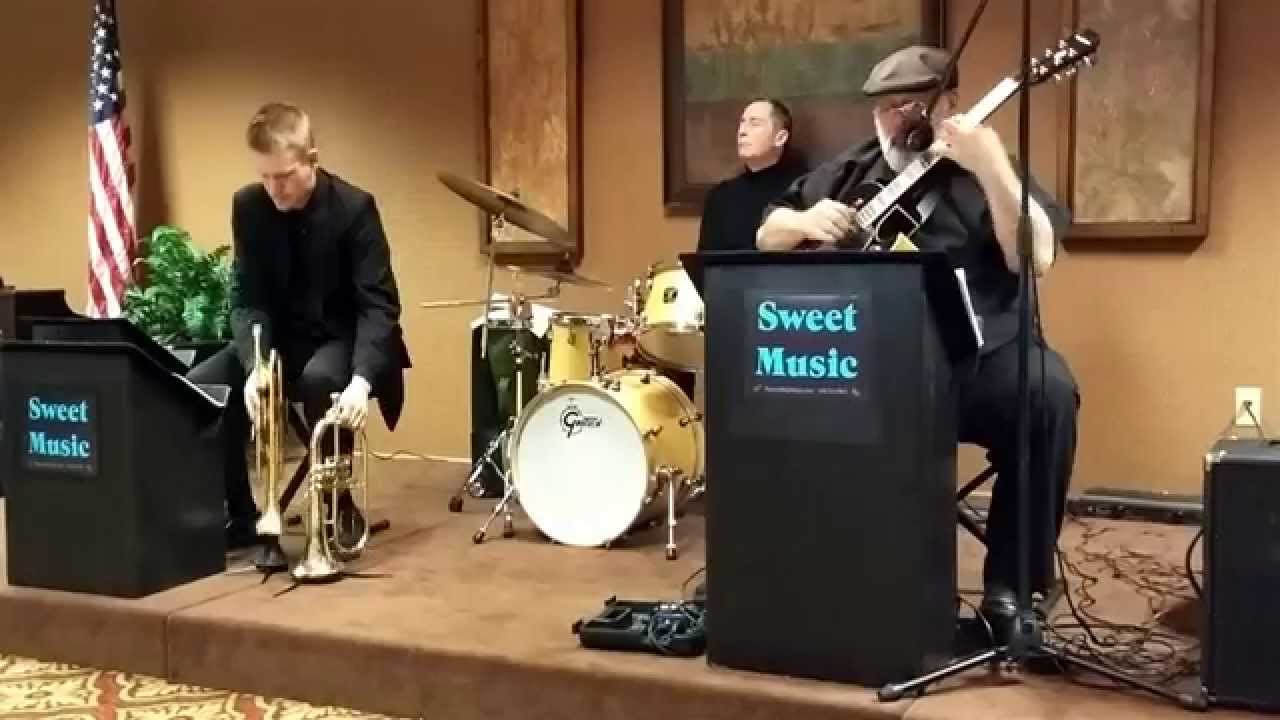 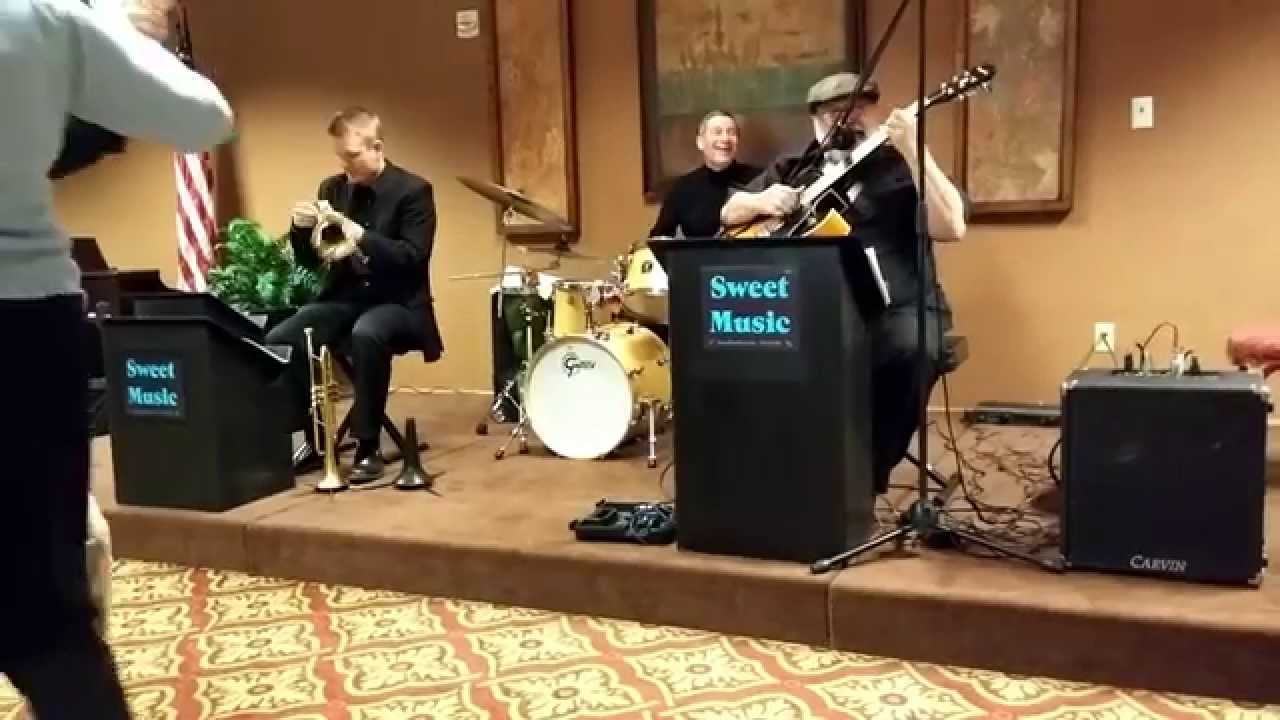 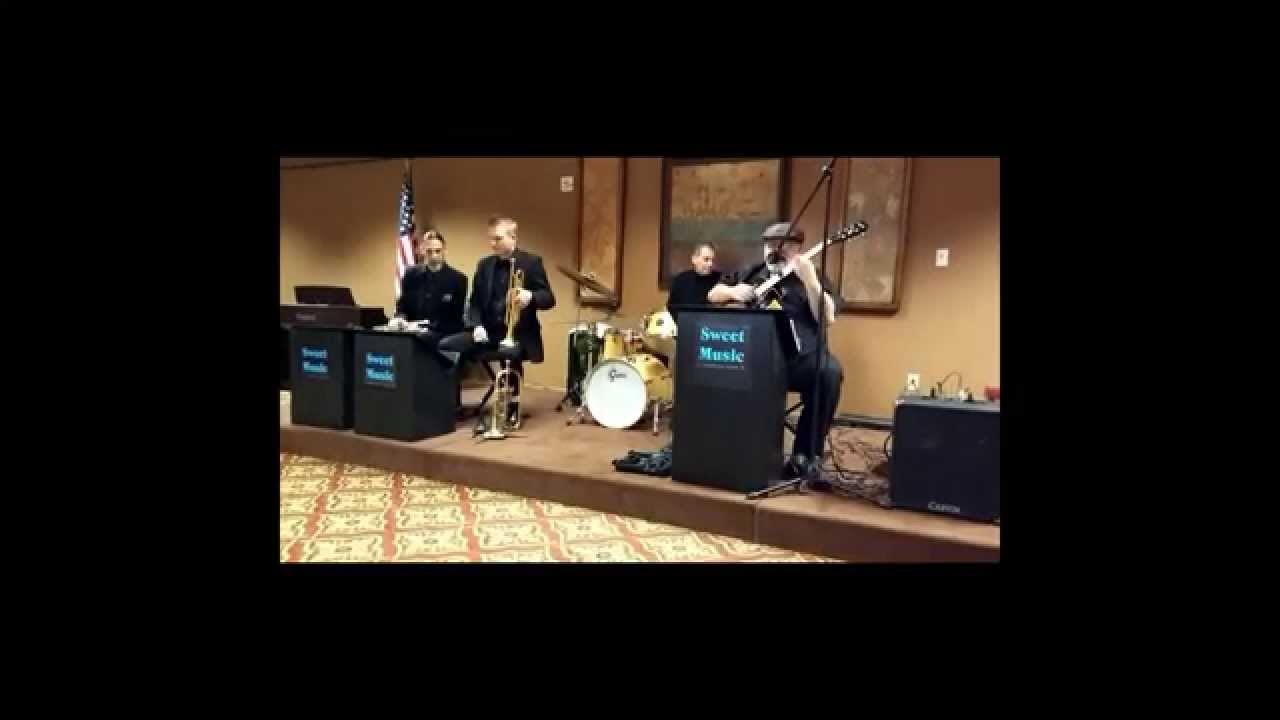 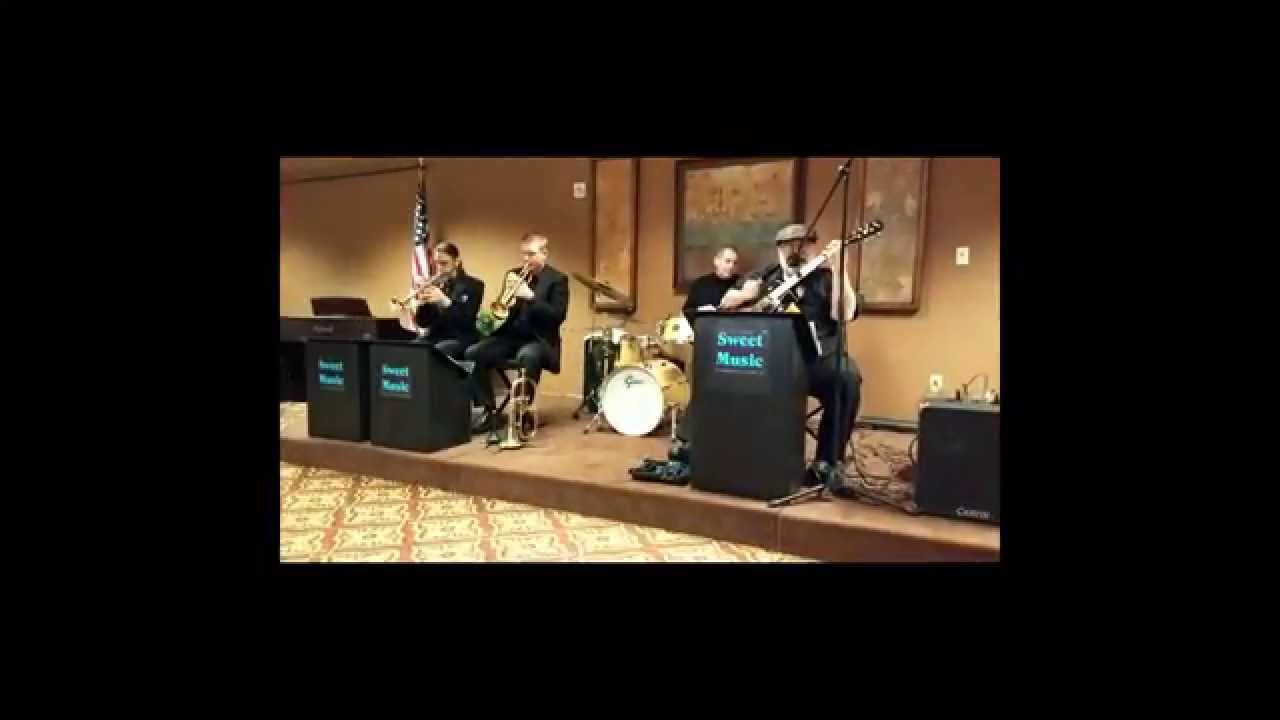 Sweet Music Band "Everybody Needs Somebody to Love" 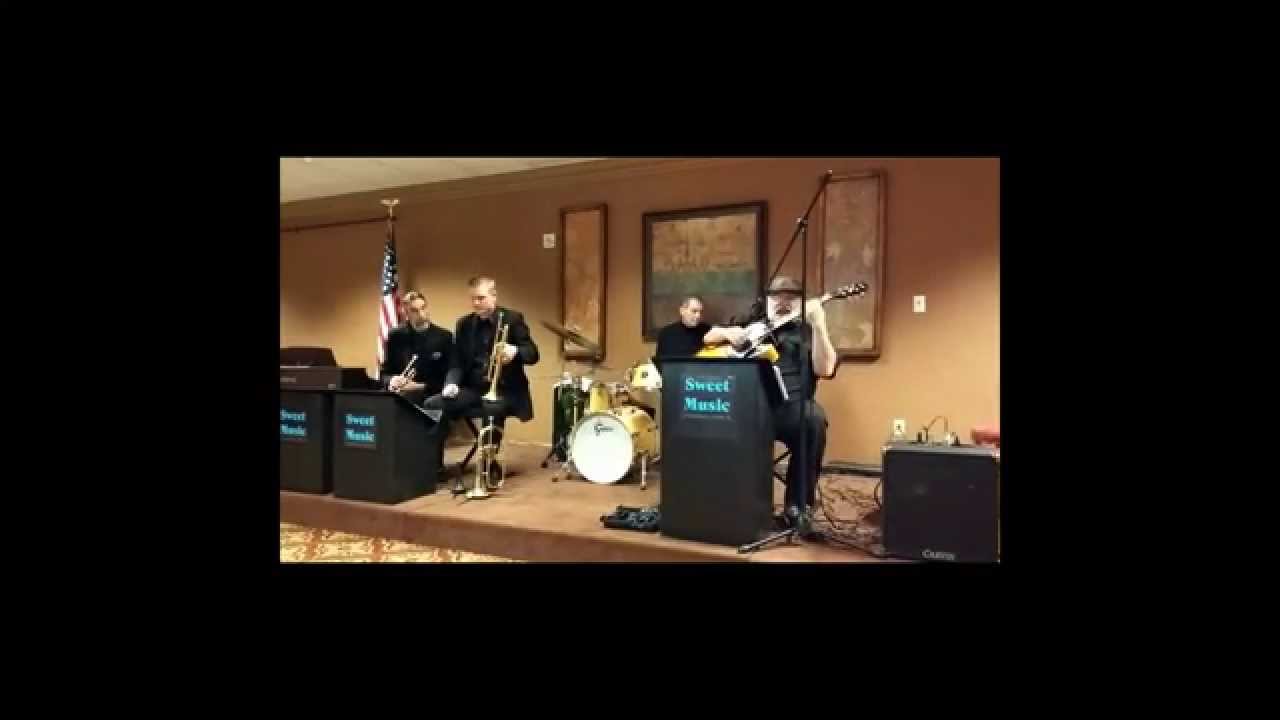 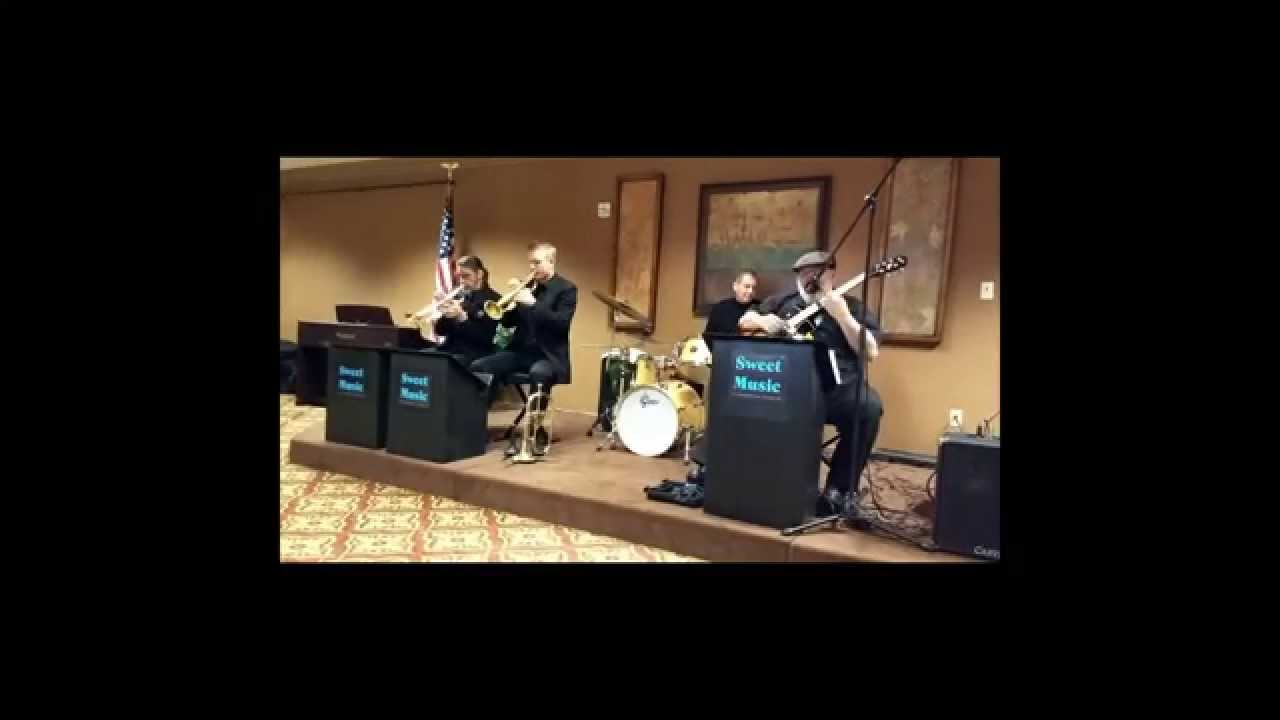 Sweet Music band "Yes it Is"

Sweet Music trio "In the Mood" 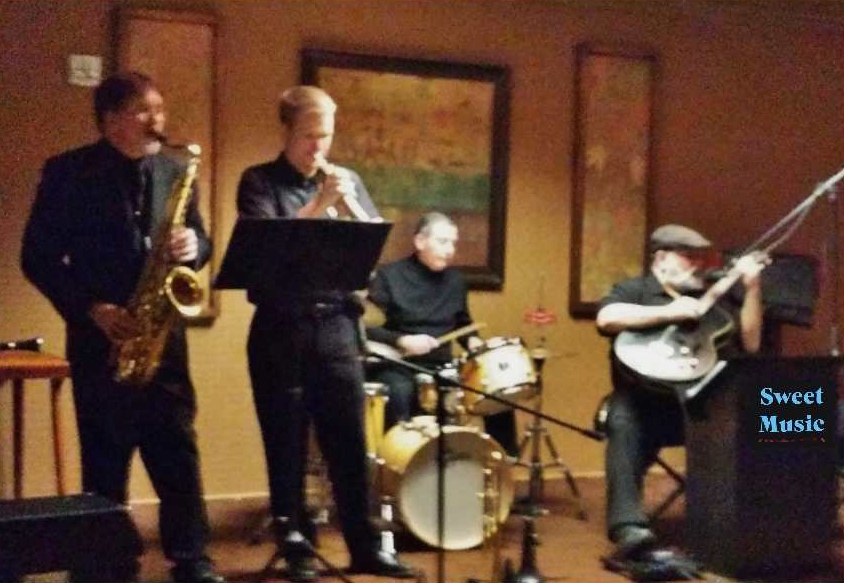 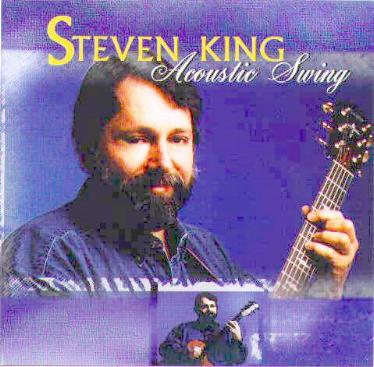 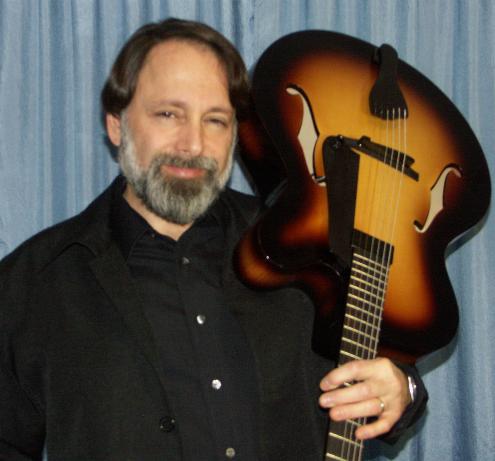 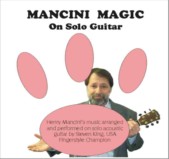 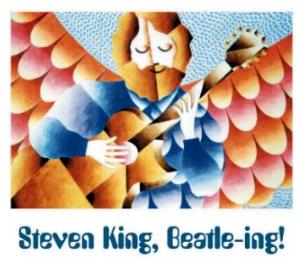 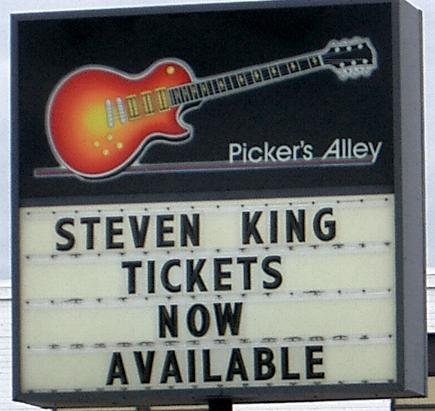 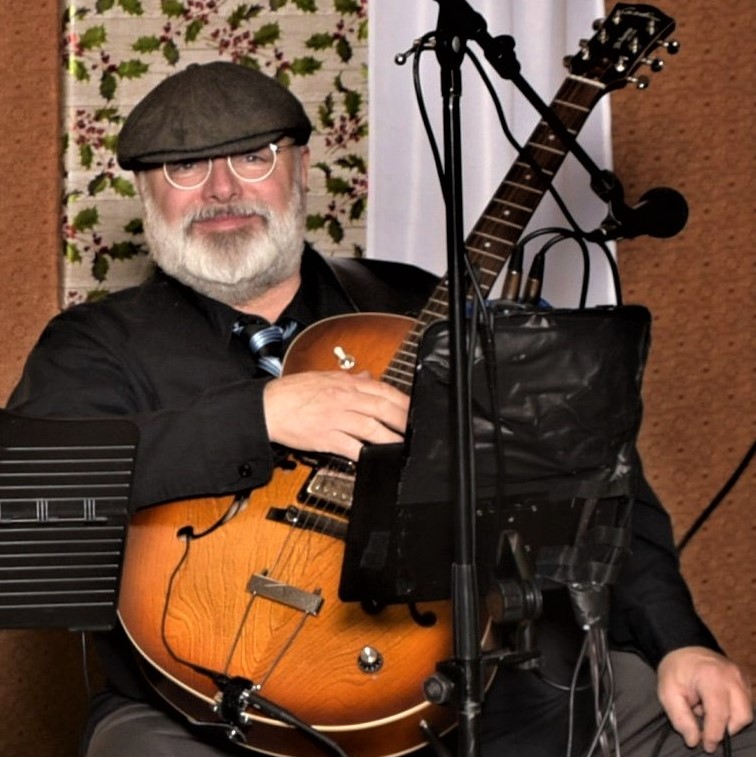 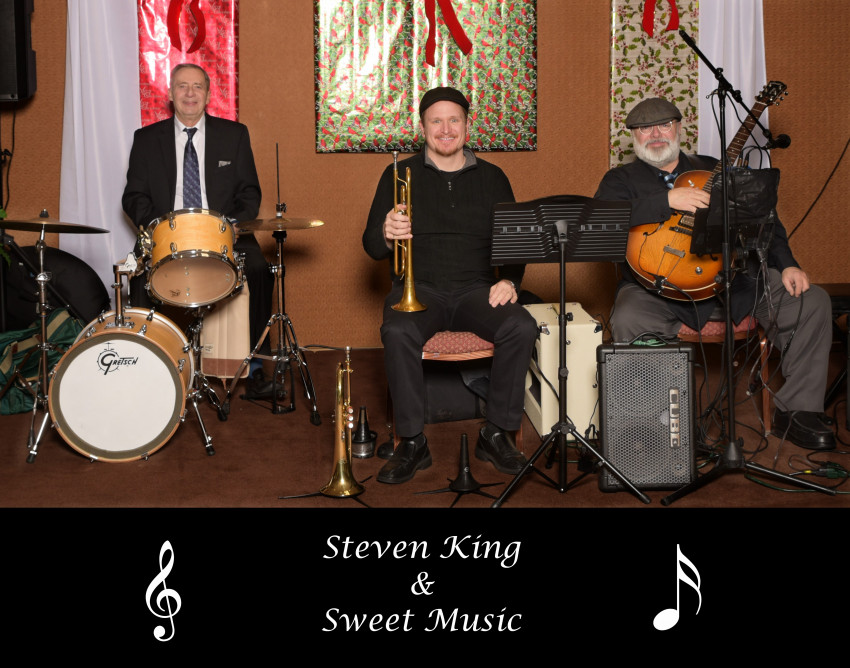 The press reviews on Steven King's personal website really dazzle you. We have yet to find another guitarist to match Steven's expertise, repertoire, precision, and fine musicianship. His solo guitar work, perfectly amplified not to overpower, is compelling and beautiful, and he sounds like a trio just by himself. Styles include classical, jazz, pop, rock, country, show tunes, ballroom variety.

For weddings, Steven plays the repertoire you want, even as a solo player. For dinner or dance music, Steven handles that as well, whether solo or leading his SWEET MUSIC ensembles for reception, cocktails, dinner and dance parties, with a big complete sound, all styles, delightful.

Stephen is a very talented man. And he is also very nice. Would highly recommend him.

Great musician, excellent to work with

Steven was great from start to finish. Excellent communication early on, arrived early, knew exactly how to perform based on the group and surroundings. Highly recommend, would use again.

Great evening made EVEN better!

Steven did a wonderful job at our retirement party. The music was wonderful and he is so accommodating and seems to 'read' the crowd so well. Many folks had very complimentary things to say. We were very happy to have him there.

nothing to add really, it's all true.

Steven King was perfect for our Christmas dinner party. Many of our guests commented Mr. King was their favorite entertainment of all the years we've had our Christmas party!

Loved the selection he played. Very good and personable. Interacted great with the guests. Would definitely recommend.

Steven King was "FANTASTIC" with his sweet soft guitar playing. From Steven's easy-listening sets, one could get thrills from his supple melodic work, his precise runs, and his occasionally offkilter surprises. The warm, seductive tones Steven King gets from his guitar are quite beguiling, as well. One could call Steven's guitar playing a seminar on how to attract a listener’s ears with subtle beauty, rather than brashnesse. Steven was also gracious enough to extend his stay and entertain all in attendance with his wonderful guitar playing than was originally agreed to.

Thanks Jim! Happy to serve. SK

Steven played at the 95th Anniversary Dinner for the VFW Post 889 in Coeur D'Alene. The music selection was excellently chosen for the people attending and well played. It was not overly loud where people couldn't talk and socialize, but you always heard beautiful music playing in the background. Absolutely lovely. There was also a nice array of patriotic songs as well that Steven played at the appropriate times. Steven seemed to know exactly when to bring that into the mix.

It's been two days since Steven played at our event, and we have gotten excellent feedback from those in attendance. We look forward to working with Steven again for future events. This gentleman is a very accomplished musician.

Could not be happier!

Steven was awesome. He is very talented and knew exactly what kind of music to play for my Mom's birthday. All of the guests commented on the entertainment. Thank you!

Thanks Anji. It was a joy to play and sing for your mom, and family. Steven

• Your ensemble is led by master guitarist Steven King, International Fingerstyle Championship winner!
• Microphones and PA system, so music, speeches and toasts are heard and appreciated.
• Non-overbearing emcee service, guiding scheduled events smoothly to keep your timing as planned.
• Early arrival and set up so you know everything is perfectly on schedule. Never a set up fee.
• Professional musicians that can play classical, jazz, rock, swing, country, ballroom, latin, ethnic, & broadway.
• Your musicians are dressed in tuxedos and black tie, unless you prefer a more casual or theme attire.
• Atmosphere MP3 music played softly on breaks when requested. We have music or you can supply it.
• A repertoire that is UNMATCHED in the industry. If you don't see your special song on our website list, just ask!
• You may peruse our web song list and formulate ALL the music we will play, or let us choose from your styles.
• Optional cocktail music segment with Fingerstyle Champion Steven King on solo guitar.
• Your choice of instrumental dance music, atmosphere music, or include female and male vocals with harmony.
• Hire your Steven King reception band and you get a discount on your ceremony music.
.

Steven King, World-acclaimed champion Solo Fingerstyle Guitarist, and his dance band “Sweet Music” is unmatched in variety repertoire & expert musicianship, with a mix of contemporary, jazz, show tunes, classical and big band swing, and covers dance music from the 1920’s through the 90's.

Available for ceremony, cocktails and reception dance music. Wedding Music Specialists, both ceremony & reception! Sweet Music will bring back your cherished childhood and school memories with his selections of music from past eras... songs to make your guests and relatives want to sing along and dance! Whether solo, duo, trio, quartet or quintet, SWEET MUSIC ensemble, will charm and entertain!

"And I thought Joe Pass had chops… Now, along comes King, transforming his lone guitar into an even fuller ensemble capable of playing more complicated arrangements…He has no apparent peers..." - Dirk Sutro, former jazz critic for the Los Angeles Times; author of Jazz for Dummies; and host of "The Lounge"
on KPBS-FM San Diego.

"...If you want to literally hear John and Paul's (The BEATLES) voices in the guitar strings and again, exquisitely well-played guitar music, put on any one of the Steven King CDs. You will not be disappointed by any of these CD's" .-web review published article "Four Fabulous guitarists play the FAB FOUR!" By James R. Webb

I have the "technical" stuff covered. I bring love of music, appreciation and joy, and love of people. I know that since I sincerely feel these things myself, and since I so enjoy playing good music and creating a wonderful ambiance and sound, that it helps make my music enchanting and uplifting. I am also very particular about playing very fine instruments, using fine sounding amplifiers, making the sound as amazingly good as I can.

My repertoire is unmatched, as far as I have seen, by any other musician. You may peruse the song list on my website and that will give you a good portion of what I can play.