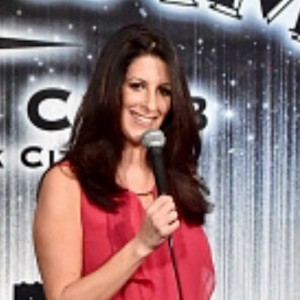 Be the first to review Stacey Prussman

Stacey Prussman is a national touring headlining stand-up comic, a radio host, actress, and a public speaker.
Stacey has appeared numerous times on The Howard Stern Radio Show. Stacey has been a guest on several popular radio shows on the Sirius XM network such as: Race Wars, The Sam Roberts Show, The Bennington Show, and John Fugelsang’s show. She was a guest on Jay Mohr's top rated podcast, Mohr Stories, a regular on The Anthony Cumia Show, and is a guest host every Thursday on the ever popular Artie Lange/Artiequitter podcast.
In 2014, Stacey became a syndicated terrestrial radio host when she hosted a show called Ears Wide Open with The Rev Bob Levy, which aired in Boston and Washington D.C.
Prussman has been a guest on the TV show, The Redeye with Tom Shillue on Fox News. She is also was one of the hosts on the Emmy Award winning show The Best Places to Live on PBS.
As an actress, Stacey starred in the award winning film Glam-Trash directed by SNL producer Greg Scarnici. She had roles in the films Everything’s Jake, and Girl In The Park along side Sigourney Weaver. Stacey appears regularly on Lorne Michael’s network Above Average acting in comedic shorts.
Stacey's jokes have been published in Judy Brown’s books “Squeaky Clean” and “Love’s Funny that Way”, and in Jeffrey Gurian’s book “Filthy Funny and Totally Offensive.” Stacey was also quoted in Rosemarie Jarski’s Book “Words From The Wise, 6000 of the Smartest Things Ever Said.”
In 2012 she was honored by being nominated female performer of the year by Campus Activities Magazine for her work in the college market.
When not performing, Stacey travels around the country to colleges and treatment centers to speak to people about her experiences with eating disorders, a subject she is passionate about. In 2014 Campus Activities Magazine named Stacey Prussman one of the top 10 speakers in the college market.
Check out Stacey's Podcast, The Stacey Prussman Hour on iTunes.