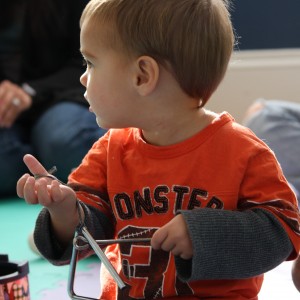 Interactive Musical Party Fun, for preschools, family friendly activities, and birthday parties, for young children, ages birth to nine. The audience participates in all the fun; together we sing, play instruments, use musical props, dance, and have lots of creative fun. Parties last 35-45 minutes, depending on the event, and age range of the participants.

Be the first to review South Coast Singing Circles

Rhonda is the Director of South Coast Music Together, and South Coast Singing Circles. The opportunity to marry two great loves, working with children in early childhood, and doing it through music, turns out to be super fun gig! Rhonda has been involved in music her whole life, and believes the best way for kids to grow musically, is through non formal, participatory musical play.

Rhonda has been formally trained in voice and has participated in many dramatic productions. She has led various children’s programs and even entertained as a clown. She has also worked in early childhood education as a preschool teacher.

In March 2006, Rhonda was awarded Music Together Certification Level I for outstanding achievement in teaching, musicianship, program philosophy and parent education. In the summer of 2005 she received her Certification I from the Early Childhood Music and Movement Association, an international organization of professional music educators. She is also participated in the Dalcroze Eurythmics Institute, at the Longy School of Music, in 2007.