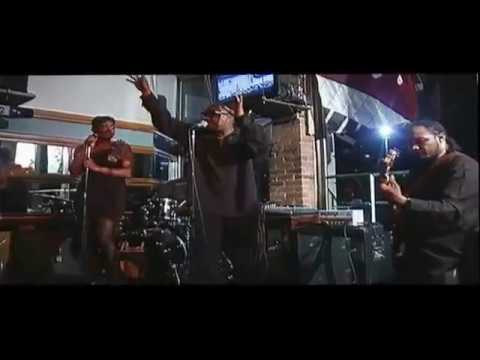 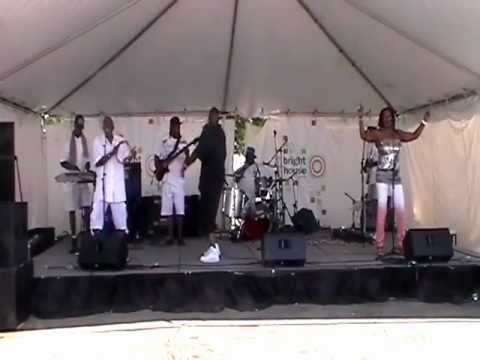 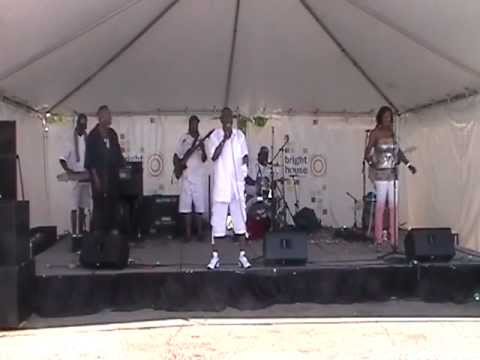 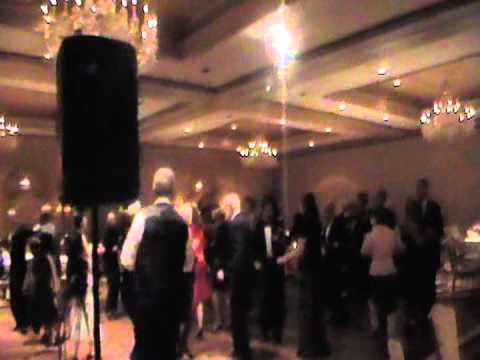 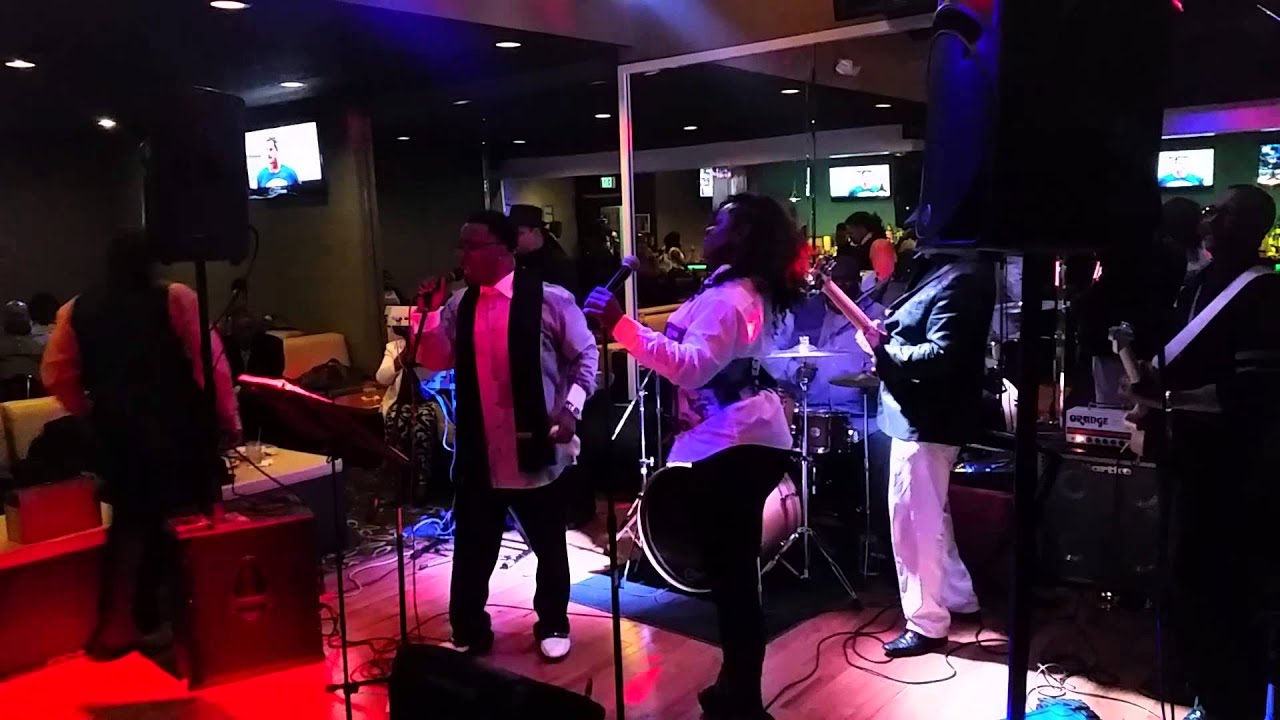 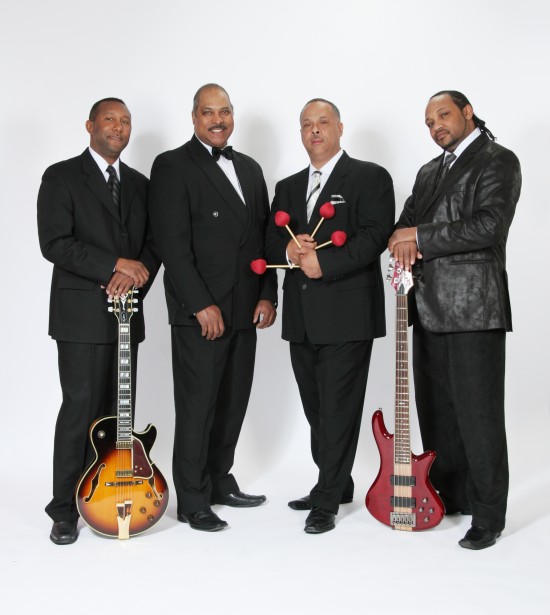 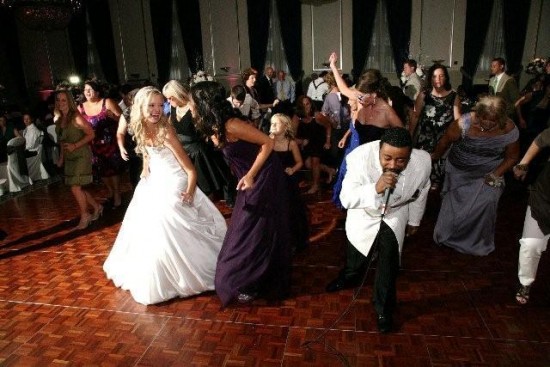 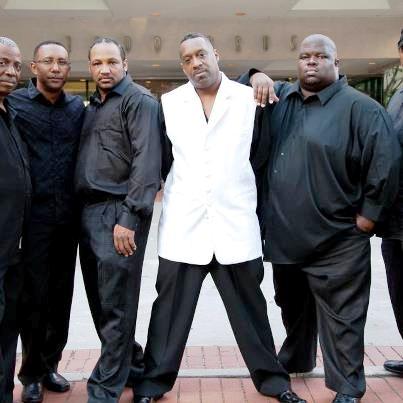 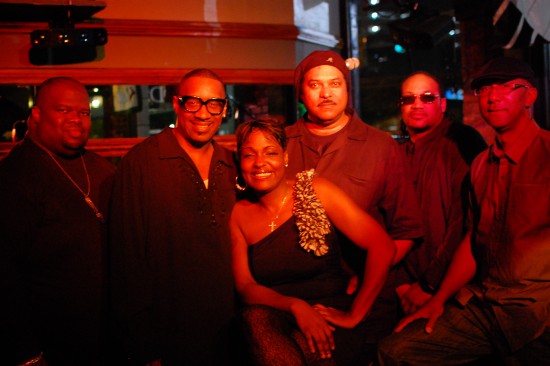 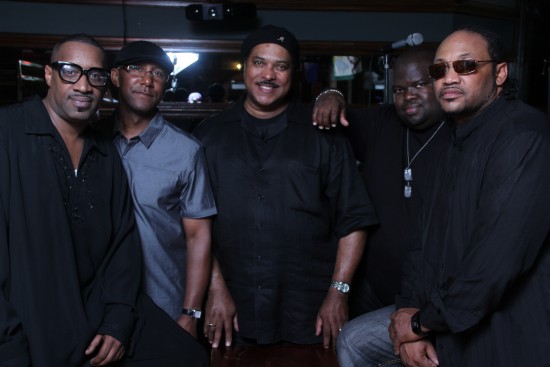 What separates us from the rest? Our name comes from our distinct Sound, we perform Covers as close to the original as perfectly as possible. Quality, our band members consist of some of the top musicians and vocalists in the area. They've performed opening acts for and alongside National Recording Artists and are highly professional. Versatility, we perform a variety of songs 70s, 80s, 90s and today's genres including pop Motown, R&B and easy listening jazz.
Soundproof is as exciting to hear as we are to watch our high energy performances will keep the dance floor full and your guests Entertained. We are Detroit's Premiere Party Band!!

Sound Proof performed at our corporate annual holiday party and did a fantastic job. They played jazz throughout the dinner hour, and then moved on to dance music afterward. Very professional, very talented, and very easy to work with. Will have them back next year.

Thanks David we appreciate the opportunity to provide entertainment for you guys; we enjoyed seeing everyone having a great time on the Dance Floor.
We look forward to working with you all again soon!

Fantastic band for the occasion

I booked these guys for a housewarming party back in 2015. They were easy to work with and performed with great energy! My friends and family had a good time and would recommend them to others at any time.

Hello Ellen, we appreciate your review. We enjoyed performing for you guys!

Highlight of the Graduation Party

Sound Proof came to play in Ann Arbor for a graduation event. They were engaged with the crowd, enthusiastic, and brought down the house with groove and style. I would absolutely recommend them. Communication with the organizer was effective. Day of, they arrived early and stayed even a bit late. Appreciative of their incredible and affordable work.

Hello Danny, we hand a great time, looking foward to seeing you guys soon! Best of luck to you!!

The band is outstanding! They kept people on the dance floor having a great time! They are excellent musicians, very professional, classy, and full of energy! I would highly recommend them!!!!

Thanks for the opportunity Kim, we are very happy that everyone had a great time.
We love you guys, and hope to see you again soon.
Happy New Year!!!

I'm extremely satisfied with the performance of Soundproof at my birthday party last night. Every member was professional and full of energy.

All of the guests loved them. During the breaks they conversed with everyone & made it the best party.

A special thanks to Rob and Christopher for their leadership of the group. Desi (Sax Player) McCullers was absolutely phenomenal & he brought everyone to their feet several times.

My expectations were exceeded. I couldn't be happier with their performance.

Cannot begin to tell you all how much we enjoy you! Sound proof played at my daughters wedding in Ann Arbor on October 12. They were amazing our guests loved them and everyone had a awesome time. They sound just like the artist they are playing. Keith you are amazing, as well as the rest of the group. Thank you for helping to make our daughters wedding such a success..... I can say for sure from the minute you hear them you will not be able to stay in your seat! Love you all... Sheila you are the best! ..... Mary Culbertson

Sound Proof made our 4th of July. Starting the event with some smooth jazz, shifting to some funk, ending with pop favorites--they adjusted their style when the entire party (30 some people) starting dancing and letting loose. Each musician was showcased with some mean solos, two great singers--tons of music talent here. The versatility in the music really made a difference. I think these guys would be great for all types of events and they can cater to your specific needs. We'll be hiring Sound Proof again, and some of our friends have already decided to hire them for a graduation party. A+.

Just wanted to let you know that you guys were absolutely phenomenal, and everybody was just raving. Thanks so much for working with us! We will definitely work with/recommend Sound Proof moving forward.
Best
Erin

Thanks for the wonderful review. We have lots of fun you guys are great!

Sound Proof was an amazing band!! They made our wedding night phenomenal! Not only do they have amazing talent, but they are also 100% genuine professionals wanting to keep everyone happy! Any time anyone had a request for a song they would try and make it happen. Any questions anyone had they answered. We received so many complements on how wonderful they were! If we had to do it all over again they would be on our must have list!!! Thank you for making our wedding night so special!! Theresa & James

We hired them for a community event at Franklin River Apartments and were VERY PLEASED!! They brought a lot of variety from new and older songs. The residents and staff really enjoyed you guys!! We definitely plan on caling you for the holiday event!! The residents are raving about how much better you are then any other band they ever had. We really enjoyed you all. Next time we have to add a dance floor and get them up to move!! Thanks again KEVIN!!! - Michelle Lutz and the crew at Franklin River Apartments

Thanks so much Michelle, we look forward to working with you guys again!

Hi guys, I meet you at the festival in Farmington Hills,last weekend. I really enjoyed your performance you guys "rock'd the House" you are so entertaining and high energy! I would love to see you again.

Sound Proof is a class act! they exceeded all expectations; we will definitely hire them again! Thank You Guys

Sound Proof is a wonderful band

Thank you Sound Proof for being a part of my daughter's wedding on 6/25/11. Working with your professionalism and warm spirit before the wedding made that day even more special. Our guest really appreciated your music and they are still raving about you. We wish you much success! Gail and Stacie

Sound Proof played at the wedding reception of our neighbor's daughter last night. Listening music during dinner and then a great mix of dance music afterwards. They are fabulous!

We were extremely pleased with Sound Proof, they are very versatile. They performed jazz during dinner; and dance music afterwards. They get everyone up on the dance floor!! Including people, who I have never seen dance before. We have worked with other bands and the past and weren’t pleased with their performance; Sound Proof is the best entertainment group that we have worked with and we will definitely hire them again.

This is an excellent band! they were very professional, and communicated with me from day one.

The Michigan-based contemporary jazz band was founded in 2007, known as Sound Proof has enjoyed consistent artistic success by grafting elements of R&B, pop, and a variety of sounds to their unwavering jazz foundations. This supergroup continues to explore the limitless dimensions and permutations of jazz while at the same time appealing to a broad mainstream audience.
Sound Proof encompasses of six members with over 20 years of individual professional experience performing; Sound Proof is best known for their distinct sound, energetic performances and superb showmanship. The band dominates the metro Detroit music sphere with their dynamic performances for the Woodward Dream Cruise, Art’s Beats and Eats, jazz festivals, municipalities’ festivals, local venues, and restaurants, charities, private and corporate business events.
Sound Proof has performed with a number of famous artists and bands consisting of TaChunda Burks, LaMarsha Spann, Robert Penn, and has shared the billing with an array of recording artists and labels such as The Jones Girls, Glenn Jones, Norman Brown, and Kimie Horne. They are a highly sought after group for major opening acts such as opening act for Anita Baker, the summer of 2010, and for Chene Park, jazz nights,
In recent years, Sound Proof has expanded their musical expertise to writing, producing, and recording and will launch their first album, “Jazz for All,” in fall 2010. The album caters to all listeners and features upbeat lyrics in a blend of jazz, and funk.

Doyle most would find it hard to believe that he is primarily self taught, aside from informal lessons from Detroit saxophonists Donald Walden and George Benson. He began playing professionally in the late eighties, performing with Millie Jackson, Mike Jemison, Charles and Gwen Scales, Ben’s Big Band, Stubbs Girls, and Word of Faith International Christian Gospel Band to name a few. Doyle has recorded with various local artists including Leon Ayers and Charles Scales. Doyle Influences include George Benson, Earl Klugh, Jimi Hendrix Wes Montgomery, Norman Brown, and Hiram Bullock.

Gill born in Marksville L.A. from a family of professional musicians. After moving to Michigan 19 years ago,” Rob Bass” decided to pursue his childhood dream of performing professionally. Gill obtained formal training at the Axis School of Music in Southfield. There after he begin performing professionally as a member of New Strategy Band, a popular local jazz band. New Strategy collaborated with Detroit born singer/songwriter K’Jon, whose hit On the Ocean went to number 1 on the charts. Gill’s influences are: Stanley Clark, Marcus Miller, and Victor Wooden to name a few. Rob Bass is known for his slapping and funk playing style.

O’Dell learned to play the organ at 11-years-old and soon adding the piano to his list of instruments by age 15. O’Dell inspirations are: his mother who played piano and was a gospel singer, Jimmy Smith, Jack McDuffie, Herbie Hancock, George Duke, Chick Korea, and Oscar Peterson. O’Dell started performing at a young age 15 yrs. At age 21, he begin touring with major acts. In 1981 he took part in Dick Clark’s Good Ole Rock n Roll Band show, playing with The Coasters, The Drifters, Chuck Berry, Bo Didley, Frankie Avalon, and many more. O’Dell has performed and recorded with major acts from Ohio to Florida and Japan, before settling in Motown.

Copeland has had his eyes on a Grammy since the age of seven, when he would longingly watch his neighbor, a member of The Detroit Emeralds, rehearse each day. Almost as soon as Copeland learned to play piano, he started playing with different bands and touring around the world. Copeland is most noted able for being the keyboard player for the legendary Miracles, and film; his work as an actor, Copeland has appeared in various films. Copeland toured with major acts nationally before returning back home in Motown.

Anthony Cooper “Cisco” is known across metro Detroit as a vibraphonist extraordinaire. Cisco grew up amongst great musicians through whom he developed his own unique style and expertise. His influences are: Roy Ayers, Gary Burton, and the great vibraphonist Milt Jackson. Cisco is known for his unique play style, using four mallet finger form with two mallets in one hand. His unique and ingenious style of playing captivates audiences and leaves them in a state of awe.

David Flentroy comes from a large musical family of musicians. Flentroy begin performing professional and touring at an early age. He has performed with: The Del-Vikings, The Drifters, and The Coasters, Bo Diddley and The Temptations and others.