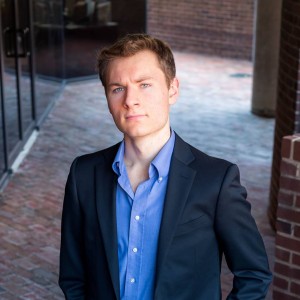 I'm a saxophonist currently studying at the University of Miami's Frost School of Music. I have experience playing private parties, public events and many other types of venues. I'm most comfortable with, but not limited to swing, bebop, and modern jazz. I can put together a group of two or more musicians for you, depending on what you're interested in, and what your budget is! Please do not hesitate to ask questions!

Be the first to review Seth Crail Group

Jazz saxophonist Seth Crail grew up in rural Northern California. Seth’s musical study began at the age of five with piano lessons, and grew to accommodate the saxophone at the age of nine, when he joined his middle school band. In Virginia, in addition to school bands, Seth joined the Blues Alley Youth Orchestra, a jazz ensemble sponsored by the Blues Alley Jazz Society, and directed by award-winning bassist Michael Bowie.

Frequent performances and lengthy weekly rehearsals with the Blues Alley Youth Orchestra gave Seth the opportunity to play at several venues and events including: A Taste of D.C. festival, A Taste of Georgetown festival, The D.C. Turkish Festival, The Smithsonian’s Big Band JAM, The Mid-Atlantic Jazz Festival, The Cherry Blossom Festival, and at The Kennedy Center Millennium Stage. Seth also felt honored to be among the five students asked to perform at the Kennedy Center’s Jazz Living Legacy Awards Gala in 2014.

During his high school career, Seth attended the Virginia All-State Jazz Band as their first tenor saxophonist for two consecutive years; won three soloist awards at interstate festivals; and was even a featured soloist in his school’s top-ranked marching band.

When Seth was sixteen, Trumpeter and director David Robinson invited him to audition for the Capitol Focus Jazz Band (CFJB). In the spirit of the group’s genre - Traditional Jazz - Seth quickly learned to play the clarinet. The group, comprised of students from local colleges, universities, and high schools, performed for many private events and were invited to the New Orleans Satchmo Summerfest (Louis Armstrong’s birthday celebration). The CFJB was the only out-of-state group invited to perform. While in New Orleans, Seth also performed with CFJB at the Mayfield, the Jazz National Historic Park, and Preservation Hall.

Seth is currently studying with Gary Keller, the saxophone professor at the University of Miami’s Frost School of Music. Since his enrollment, Seth has added the flute to his repertoire. Seth has studied and worked with musicians such as Bill Mulligan, Burnett Thompson, Tyler Kuebler, Michael Bowie, Harry Waters, Allison Miller, Dante Luciani, Gary Keller, Philip Doyle and Eric Alexander. Seth has also met and workshopped with artists such as Rick Margitza and Branford Marsalis.