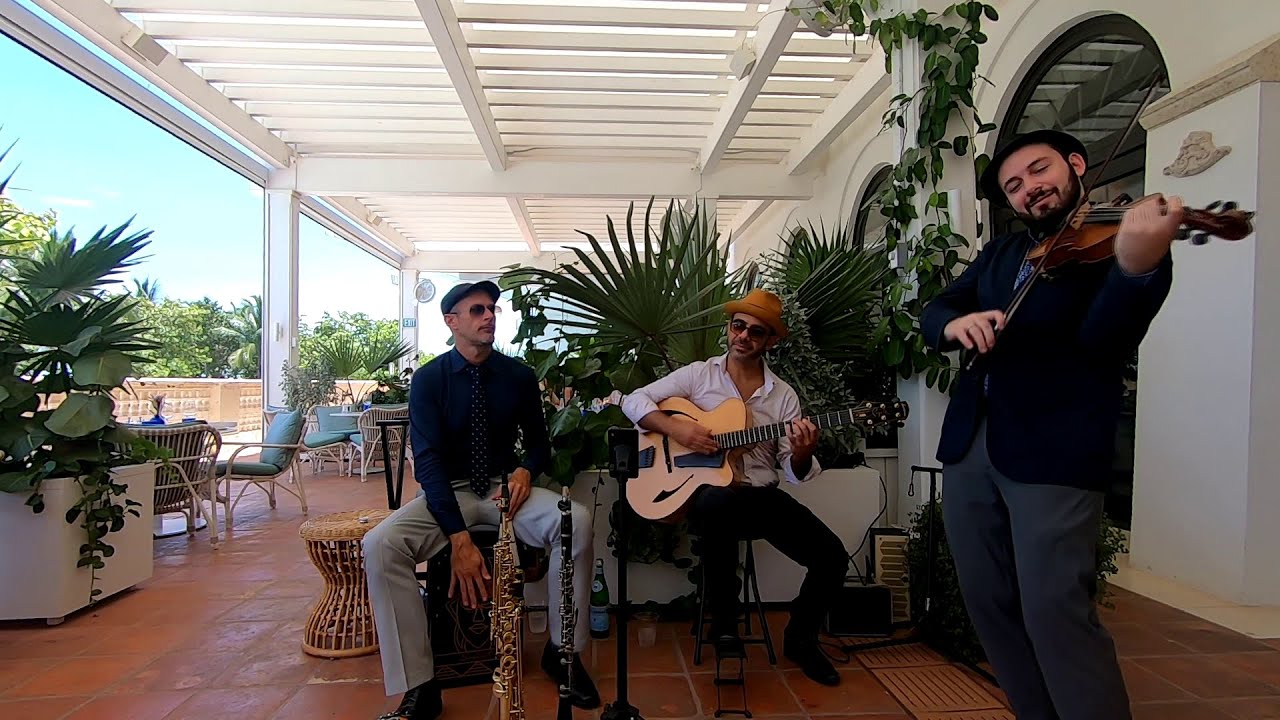 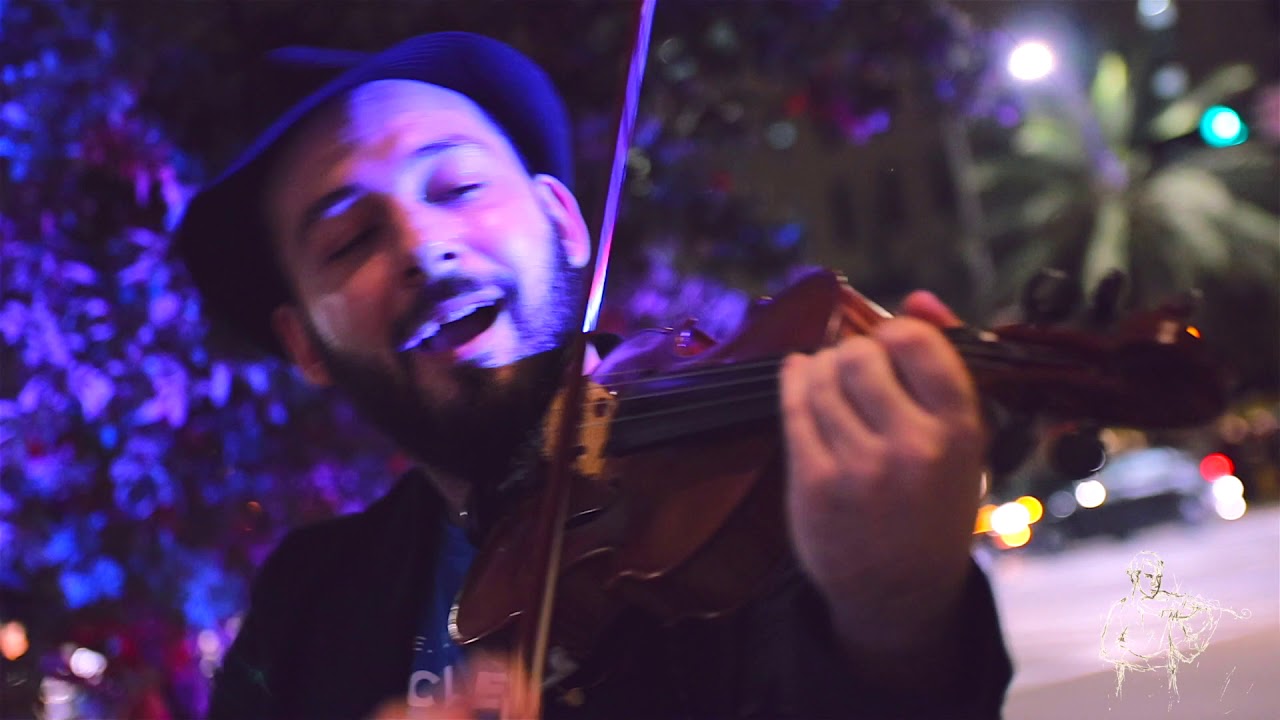 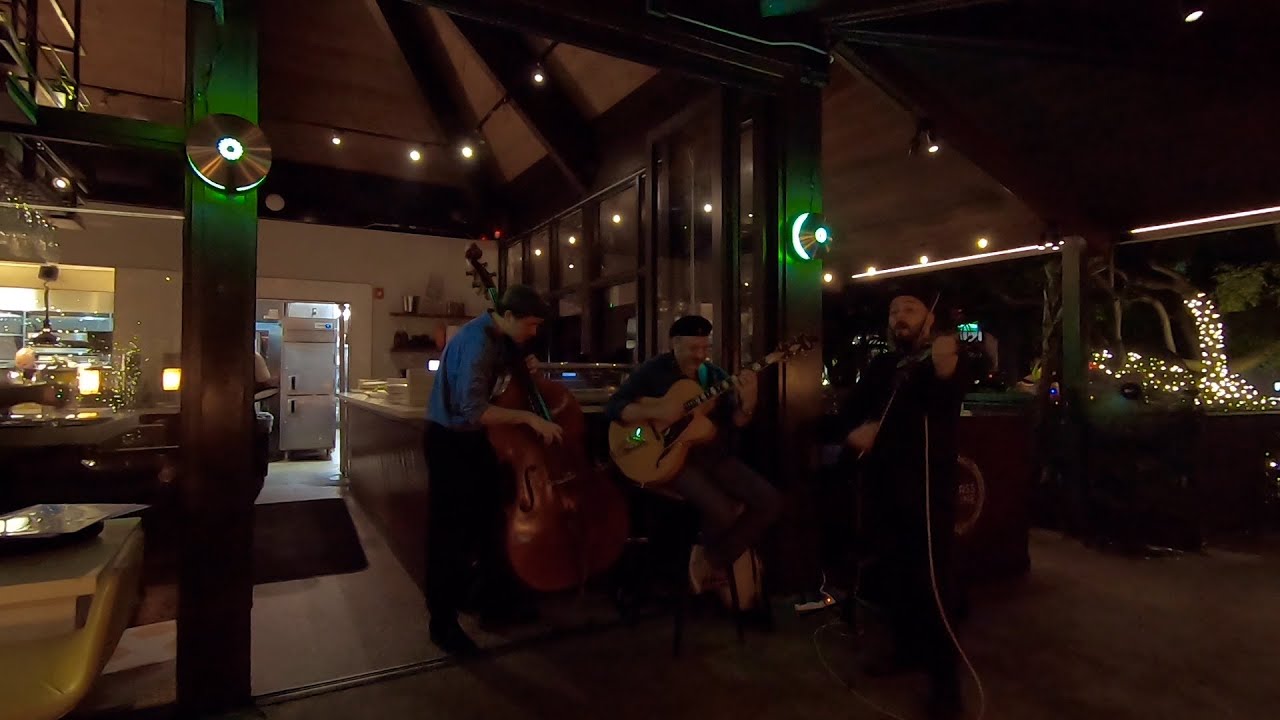 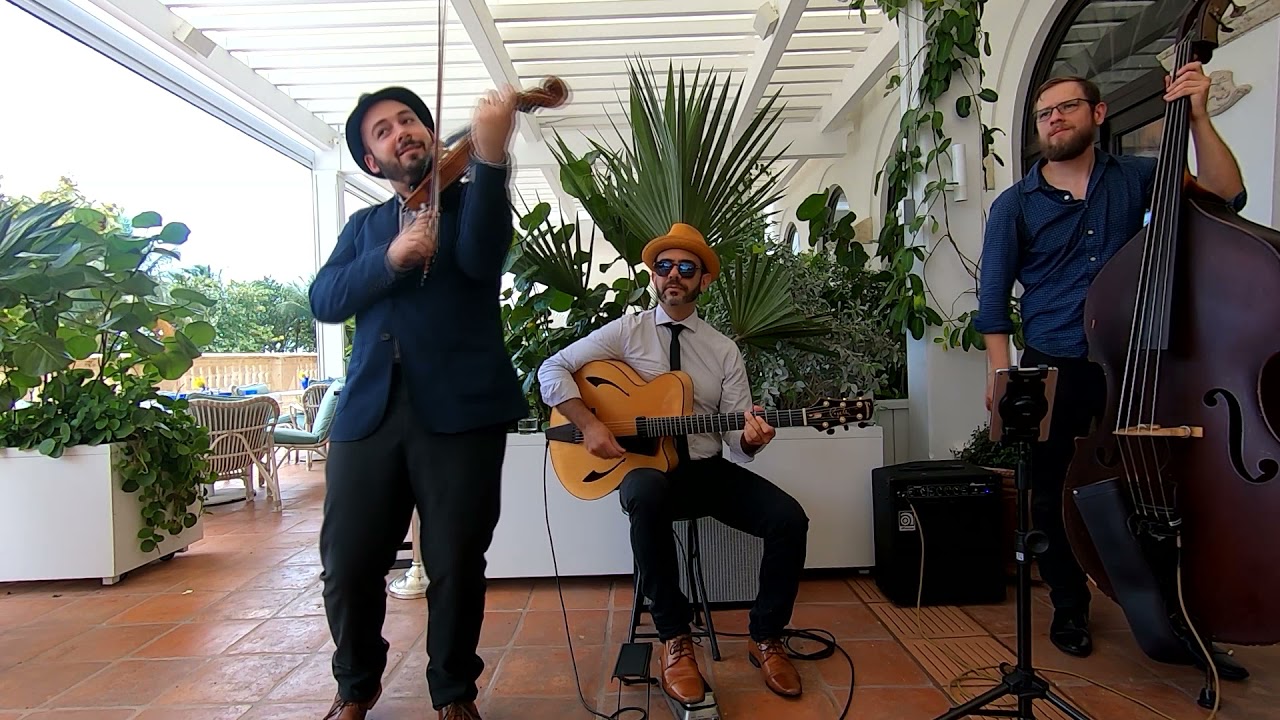 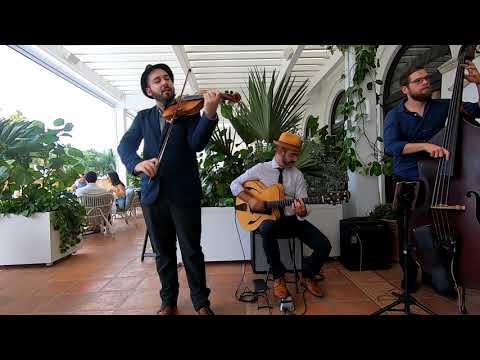 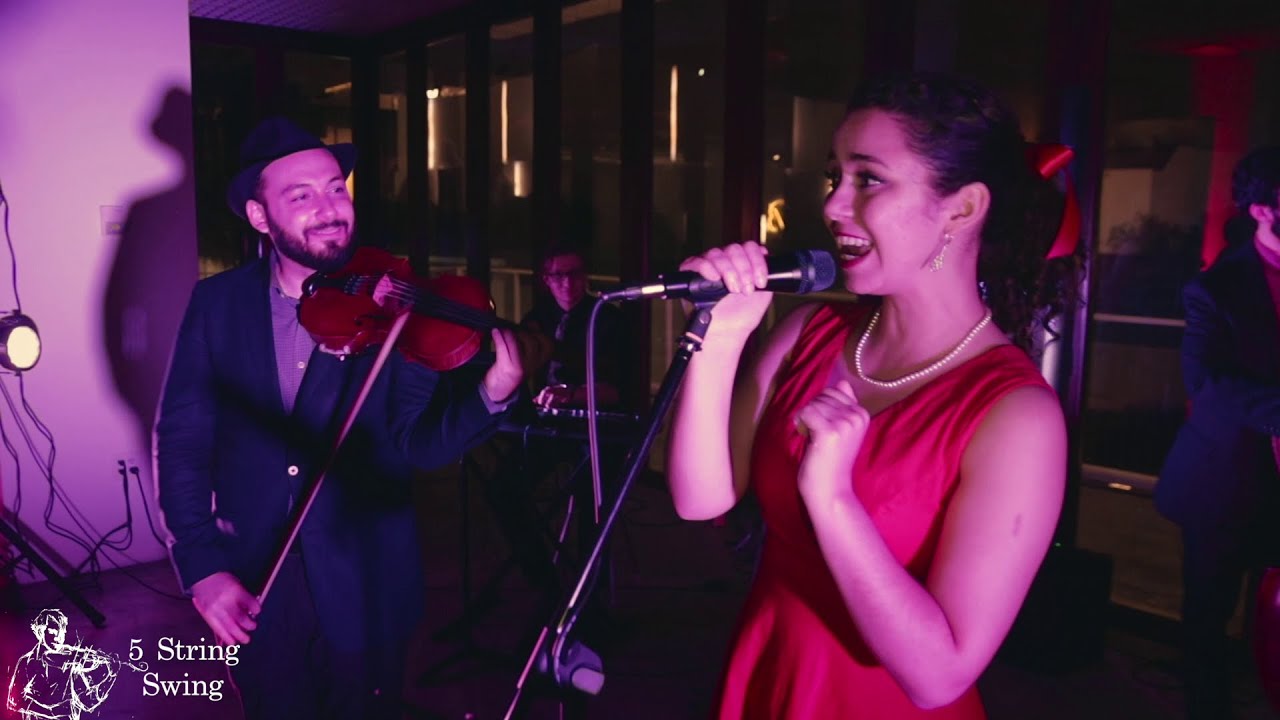 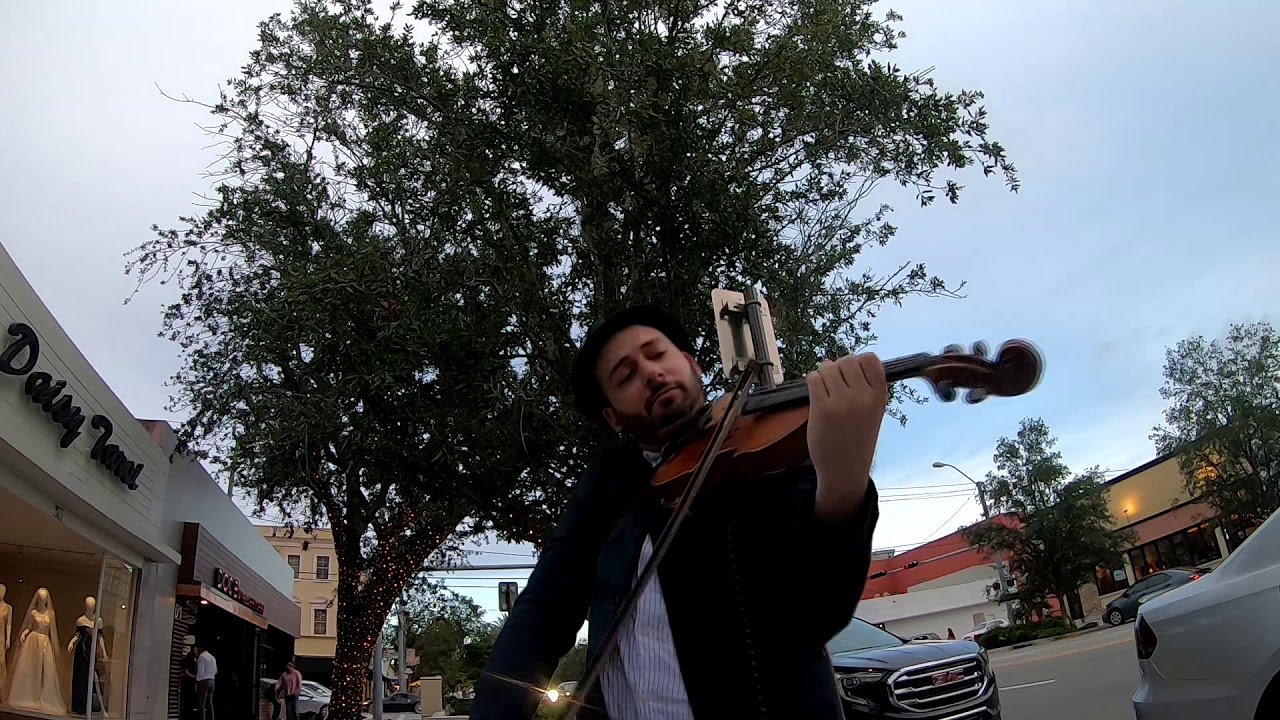 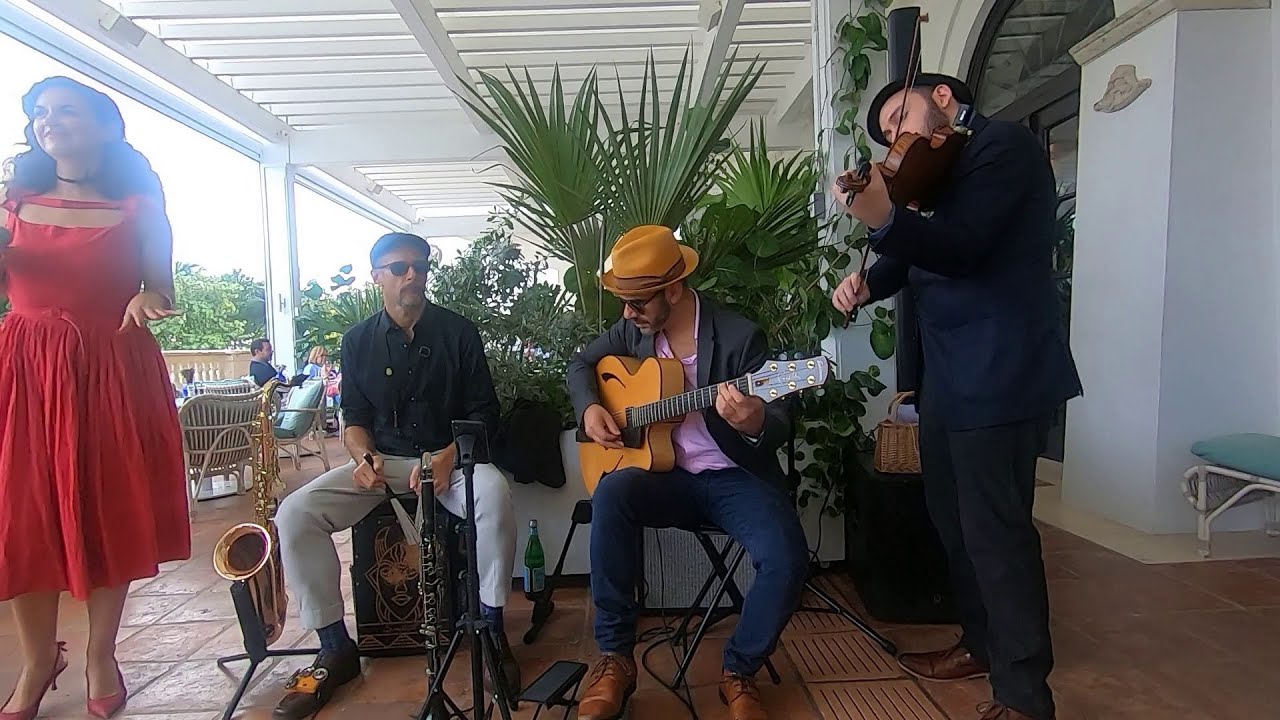 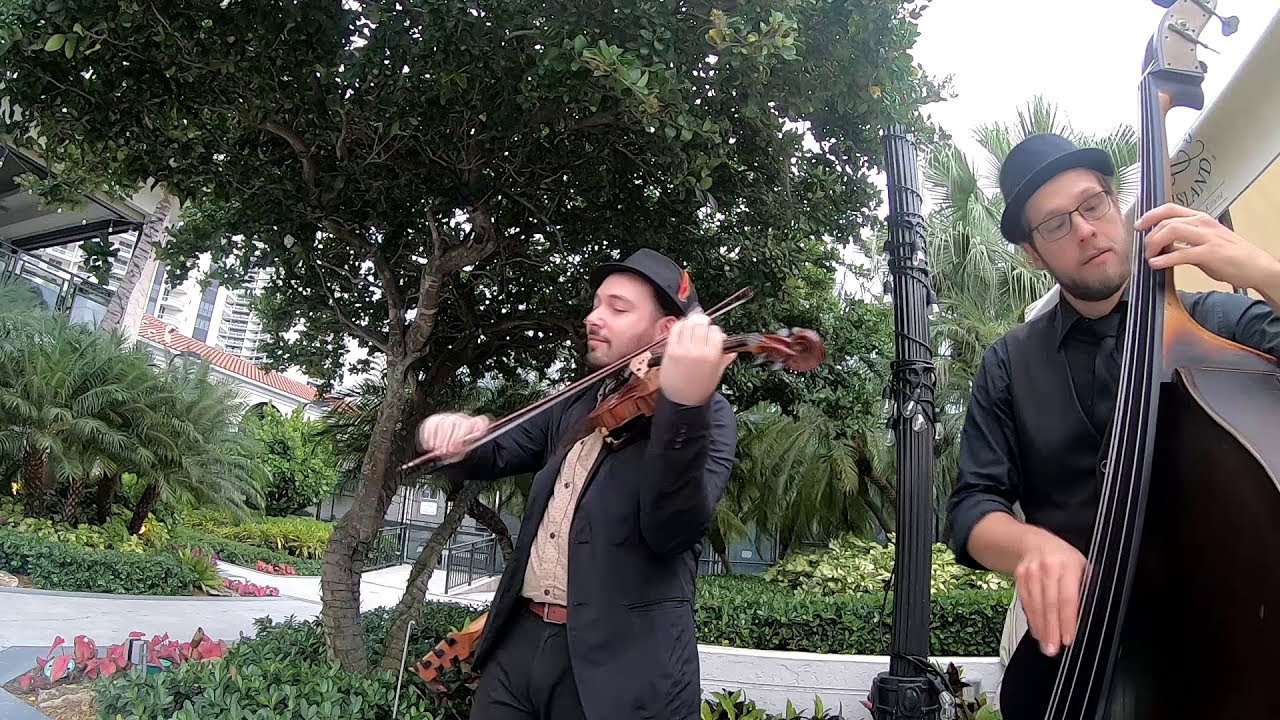 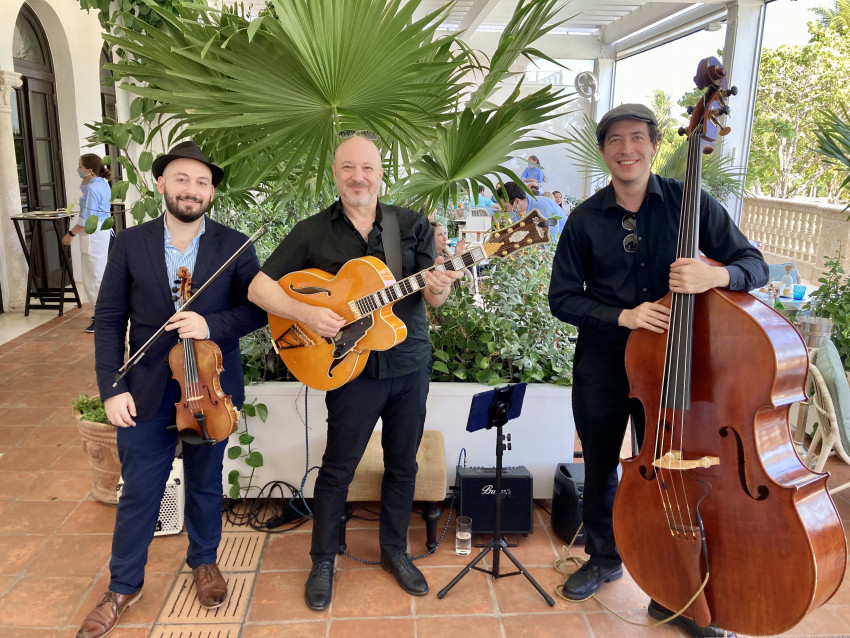 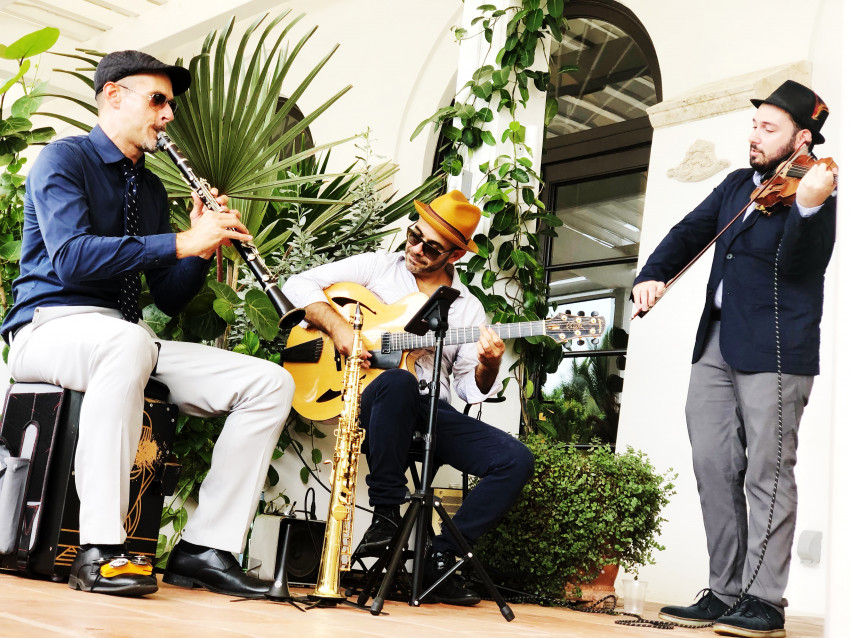 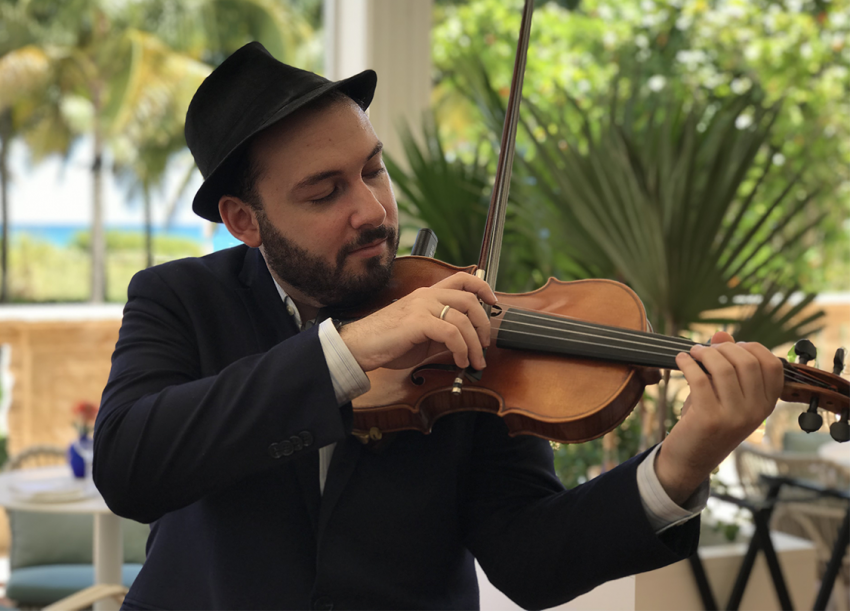 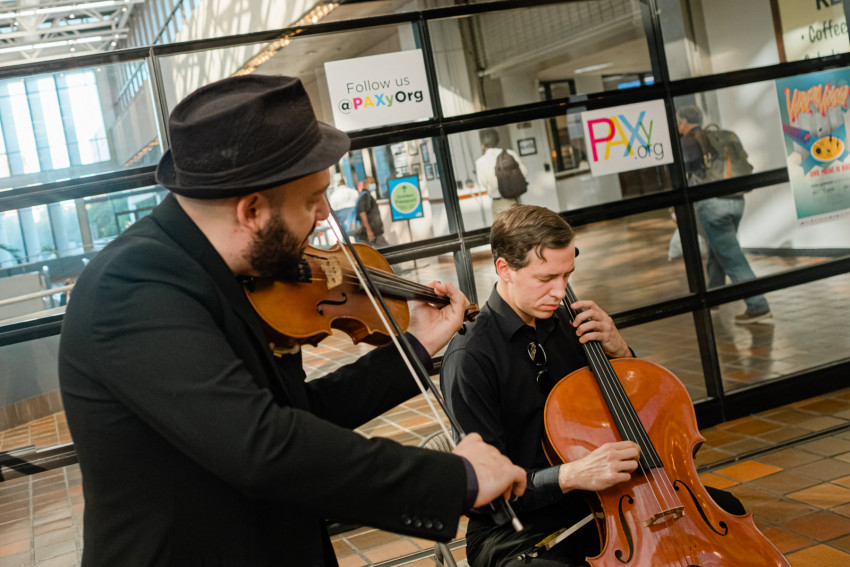 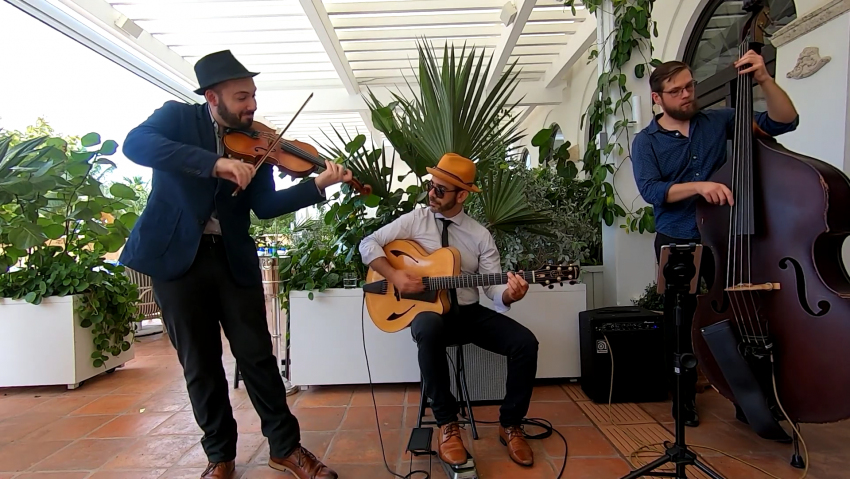 5 String Swing will sweep you onto your feet with a mix of upbeat Jazz, Swing, and American standards!

With instrumentation from solo jazz violin to a full quintet, the ensemble has years of experience performing at corporate events, hotels, restaurants, weddings, and parties. 5 String Swing's professionalism and artistry is second to none.

Led by GRAMMY award winning Jazz Violinist Steffen Zeichner, 5 String Swing is an energetic jazz band that will put on an exciting show for your event. 5 String Swing specializes in performing Gypsy Jazz (based on the French Django Reinhardt/Grappelli group of the 1930’s and 40’s) alongside classic American Swing music from the Great American Songbook.

5 String Swing is an amazing group. They are true talents and were an absolute hit at our event! If you are looking to take your event to the next level you should absolutely hire them! They are wonderful!

Thank you so much! It was great to be a part of your beautiful wedding!

5 String Swing was the BEST part of a GREAT Party!

We hired the group to do klezmer and jazz standards for our Hanukkah house party. We loved their musicality and their style. Many guests commented that the music was their favorite part of the party. The group is flexible in terms of how many musicians to include, which means you probably can afford them, even if you think you can't. HIGHLY RECOMMEND!

It was a real pleasure, and thank you so much for welcoming us to the festivities and amazing food!

As good as it gets. I have had these guys on well over a 100 events and they have never missed a beat. Always impeccably well dressed. Easy going and a pleasure to work with.
There really aren’t many musicians on this level anywhere and as an entertainment director for luxury hotels, night clubs and concert venues it is my job to know.
I have had them at light and sunny brunches as an acoustic trio and as a full electric evening band with swing dancers. Very versatile.
You and your guests will without question have a great repertoire of classic song performed by seasoned pro’s.

All the best with your event!

Thank you Drew, always a pleasure working with you!

Steffen is as friendly as he is talented. From rehearsal to performance he delivered first-class work and was a joy.

Thanks so much, it was a pleasure working with you!

Amazing band! Super talented! They customized their sets to what we wanted. Very easy to work with.

Thanks so much, it was a fun night performing and celebrating with you guys!

We had a great time, the band with only 3 musicians dod an amazing job, set the mood had everyone in the Gatsby spirit. The guys are very sweet and punctual. the music wonderful, couldn't ask for more.

Thanks so much for having us!

5 String Swing presents exciting Gypsy Jazz and Swing music in a fun, engaging, and exciting package. The band is comprised of the highest level of musicians, all with many years of experience performing at high-profile venues, events, and stages.

Bandleader Steffen Zeichner is a Grammy winning creative violinist who actively performs jazz, classical, and klezmer music along with a variety of other genres.

Throughout his career Steffen has performed with a variety of top artists including Chick Corea, Gloria Estefan, Cyrille Aimee, Nestor Torres, Kenny Loggins, Ben Folds, Maria Schneider, Terence Blanchard, and George Benson, with whom he was featured as the violin soloist and concertmaster for Benson's 2013 album, "Inspiration".