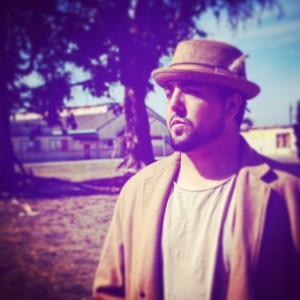 Be the first to review SergioGonBeFine

SergioGonBeFine is California’s neoteric tastemaker on the scene. The Bay Area native first caught the “DJ bug” in New York City while on a “musical pilgrimage”... “My first musical love was hip-hop, it was my gateway drug to other genres, and what better place to start DJing than its birthplace?” he proclaims.

He has continued working on his craft in California’s largest musical mecca, Los Angeles, where he currently resides. These melting-pot cities and his Latino roots have influenced his sound to develop an affinity for everything from Jazz, Funk, Dancehall, Bachata, Banda, Cumbia, Salsa, Spanish Raggae/Reggaeton, Kizomba/Zouk, and Afro-beat from all eras.

His current mission is to re-create the sound experiences that made him become infatuated with music and to bring his unique tastes to crowds from all over the world.