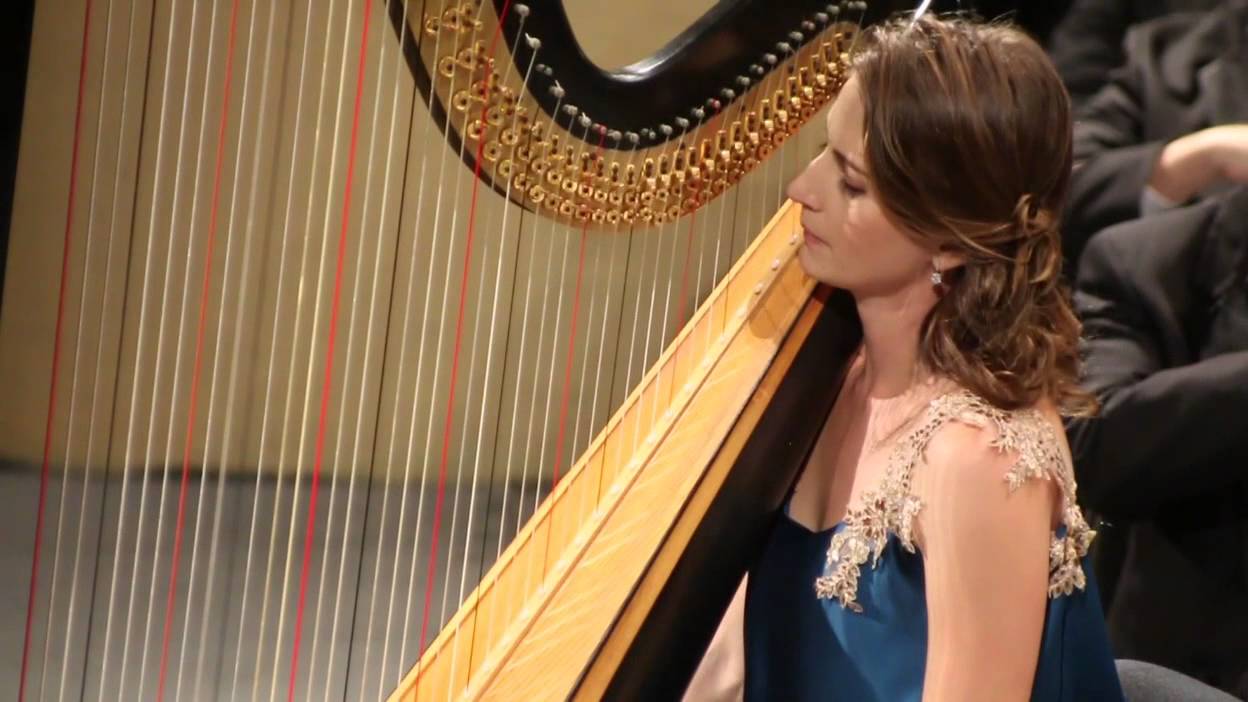 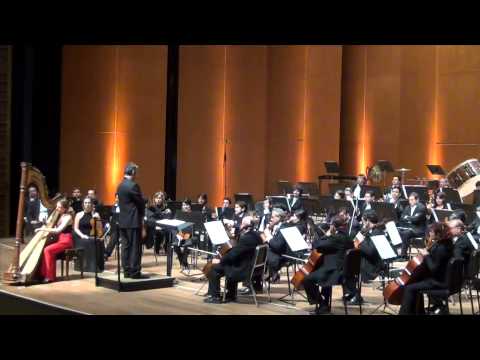 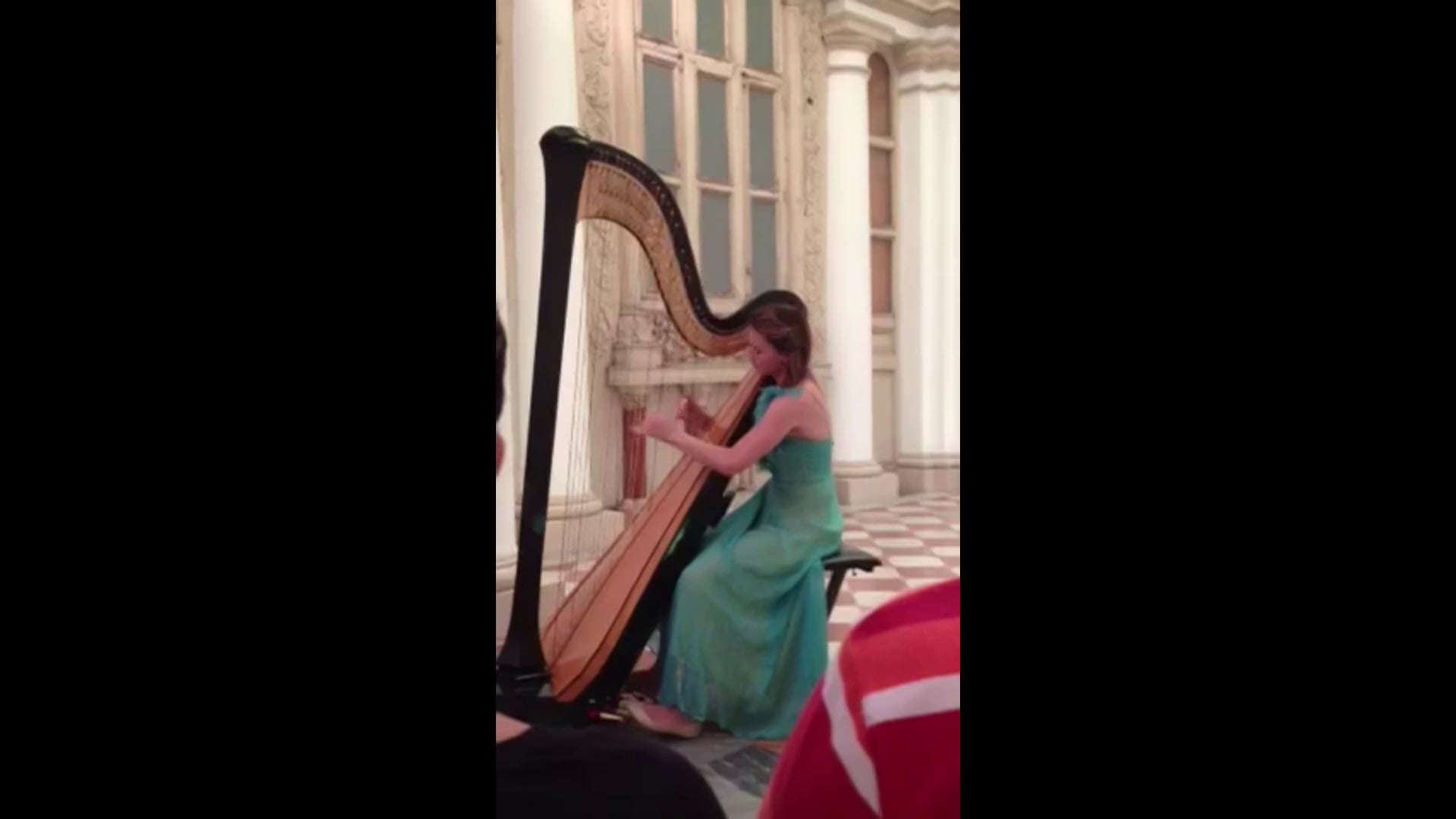 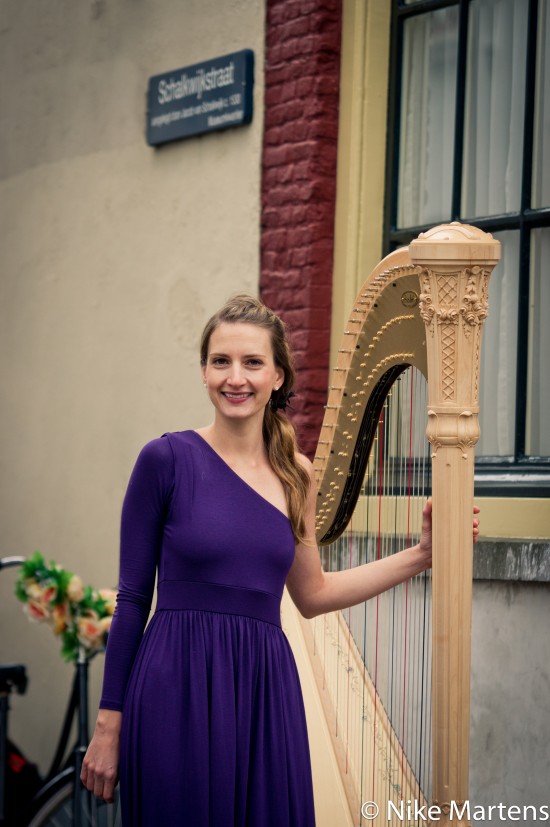 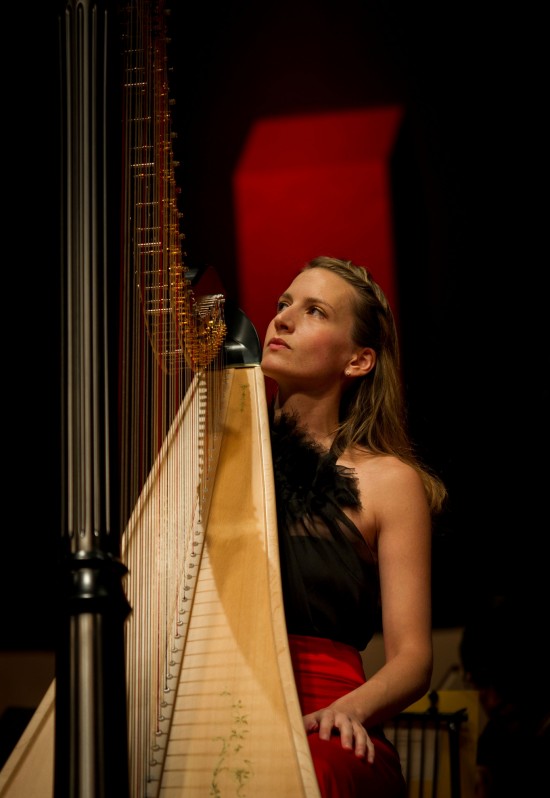 During the finals of the Dutch International Harp Competition 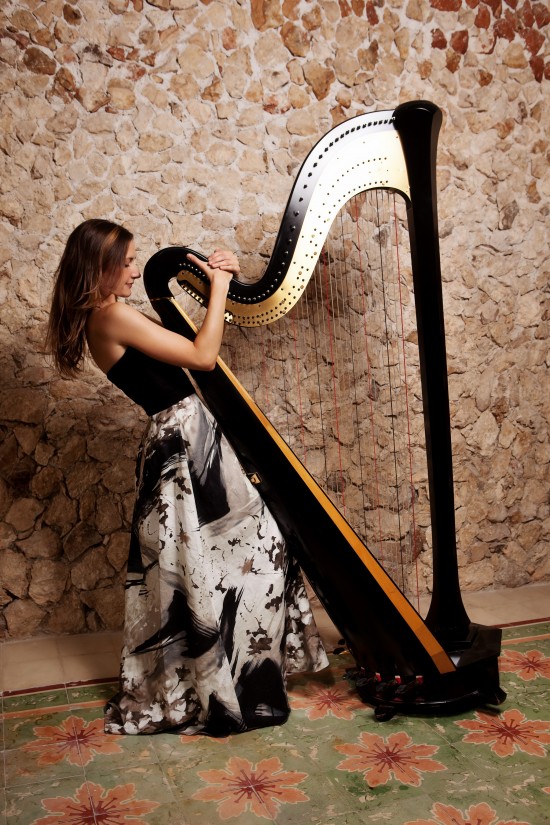 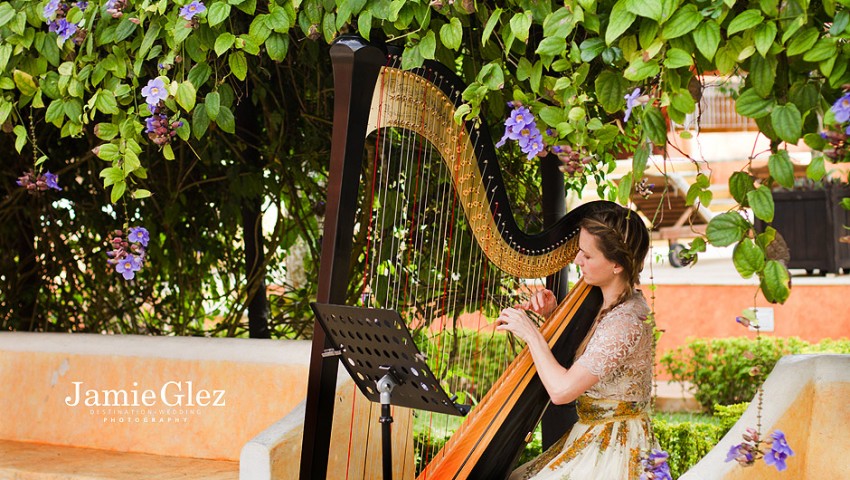 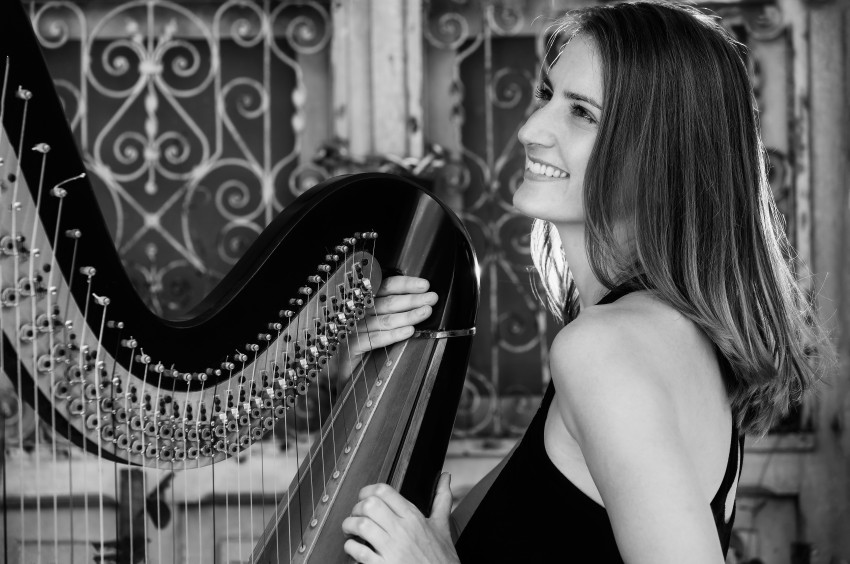 Update: Tour with Bjork Aug-Sept. 2019 in Mexico City!
"A very solid musician with a beautiful tone and impressively refined playing" (International Dutch Harp Competition)
Ruth is a versatile harpist and international competition prize winner with advanced degrees in harp performance from Eastman and Manhattan School of Music.
Based in the NY area, Ruth has played from Carnegie Hall to afternoon tea at the (link hidden)gis Hotel as well as numerous Broadway shows and events in New York and the Hamptons.
Ruth is passionate about what she does. You will find her to be a polished professional, easy to work with, and you and your guests will be delighted with the results!

Ruth's playing was superb! My congregation was enamored by the harp, and the graceful music it emitted. Ruth was organized and precise regarding the event, and would recommend her for future gigs.

Quality of the highest caliber. Professional and flexible service and of course, gorgeous music. This is not a 'hobby' for me, music is my life passion and I desire for my clients to be as enthusiastic as I am about the music.

Praised for her “beautiful tone, clean elegant phrasing and expressive musicianship”, harpist Ruth Bennett is quickly becoming a highly sought after artist. Equally versatile as a soloist, chamber musician and orchestral player, she has performed throughout the United States, Latin America, Europe and Japan.

In March 2012, Ruth won third prize in The Netherlands International Harp Competition where she performed Joaquin Rodrigo’s “Concierto de Aranjuez” in the final stage with the Nieuwe Philharmonie Utrecht conducted by Johannes Leertouwer.

A consistent prize winner in other international and national contests she has received 1st prize in the 2009 Concurso Nacional de Arpa in Mexico City, 1st prize in the Concurso Citta di Padova (2011) in Italy and awards at the American Harp Society National Contest and the American String Teachers Association Competition.

In 2006, Ruth gave her debut recital at Carnegie’s Weill Recital Hall as presented by Artists International. That same year she toured Japan for 3 weeks with the Metropolitan Opera Orchestra. She has been presented in recitals as both soloist and chamber musician at Carnegie Hall, Vredenburg in Holland, The Dame Myra Hess Concert Series in Chicago, BargeMusic in Brooklyn, and New York University to name a few. She appeared as guest soloist with the Chamber Orchestra Kremlin (Moscow) during their US tour in 2001.

Living in England until age 9, Ruth began her studies at the piano but was eventually persuaded into learning the harp by her grandmother- a former student of Carlos Salzedo. Ruth studied her Post-graduate diploma with Deborah Hoffman at Manhattan School of Music and received her Masters degree with Kathleen Bride at Eastman School of Music- where she was also awarded the Eileen Malone Scholarship for Harp and the Performer’s Certificate for outstanding performing ability. She holds a bachelors degree from the Crane School of Music at the State University of Potsdam (NY) under the tutelage of Jessica Suchy-Pilalis.

Since 2007, Ruth has held the position of principal harpist with the Orquesta Sinfonica de Yucatan in Merida, Mexico and plays substitute with the American Ballet Theatre Orchestra in New York.
Her CD “Concert d’Aujourd hui”- music for flute and harp – alongside flautist Alejandro Vasquez is released under the label of Urtext Digital Classics. In November 2012, she will perform as a soloist with the Sinfonica Nacional de Peru in Lima and at the 8th International Harp Festival in Rio de Janeiro, Brazil.

I prefer an indoor space for playing, however, if the location provides some shade (preferably some sort roof or covering) and is out of direct sunlight, I can accommodate. Clients should consider an alternate location in case of inclement weather.