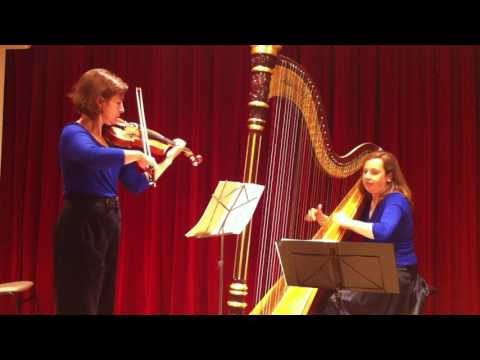 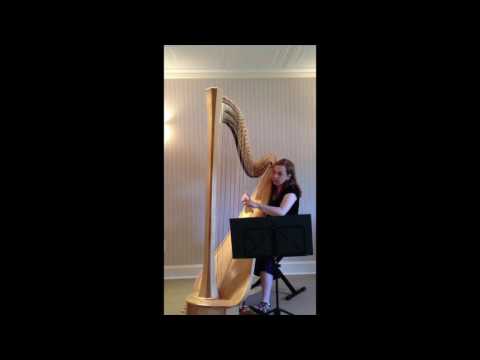 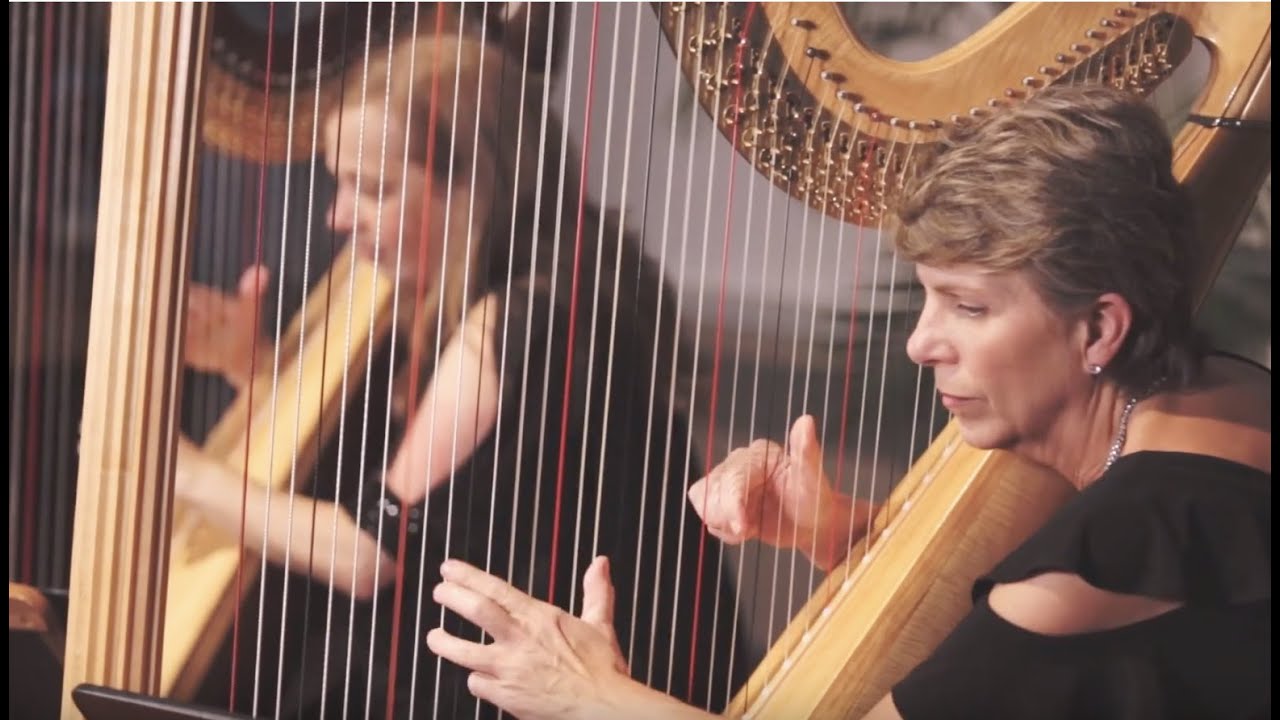 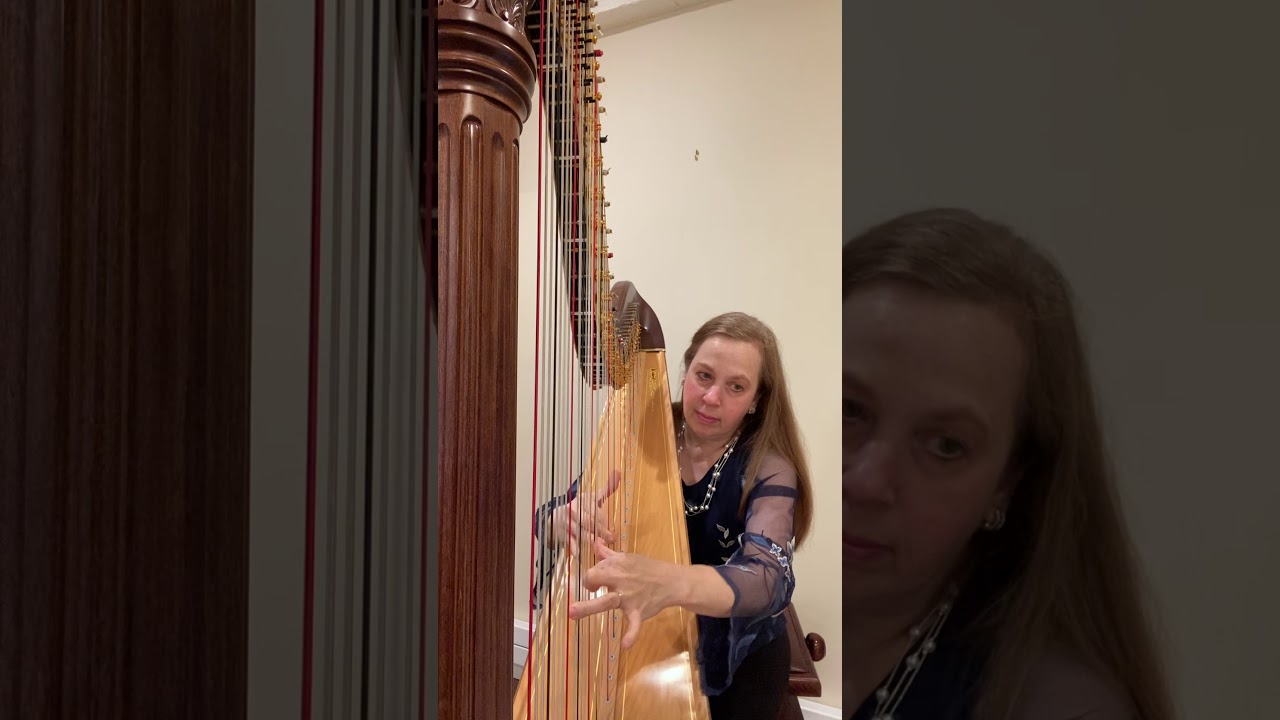 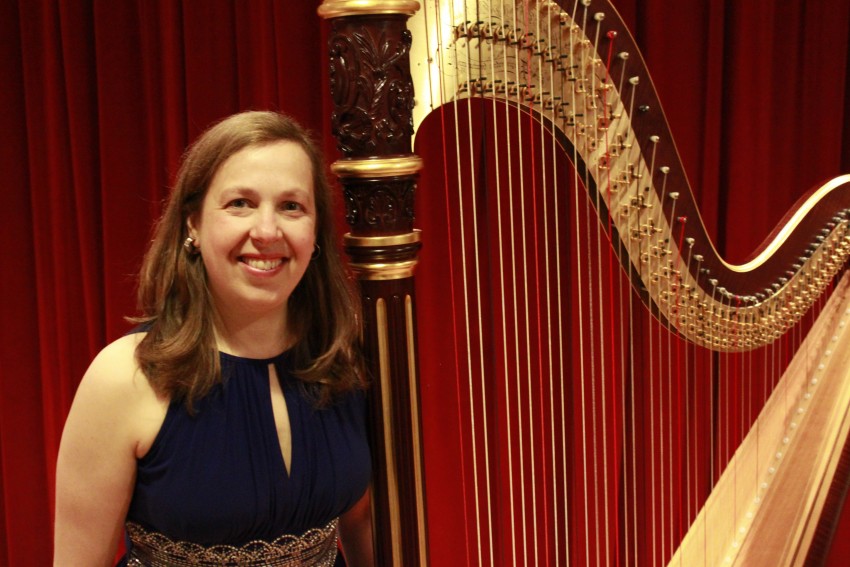 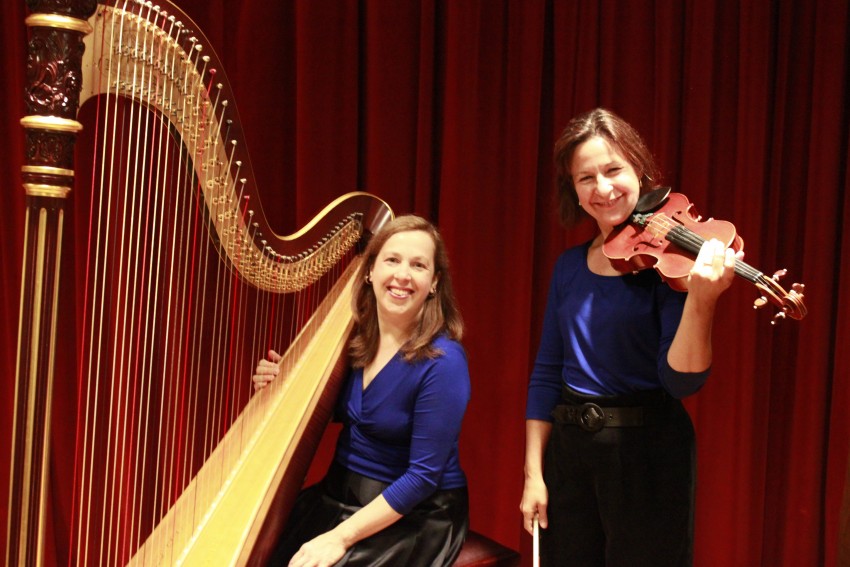 Harp and Violin - a gorgeous combination 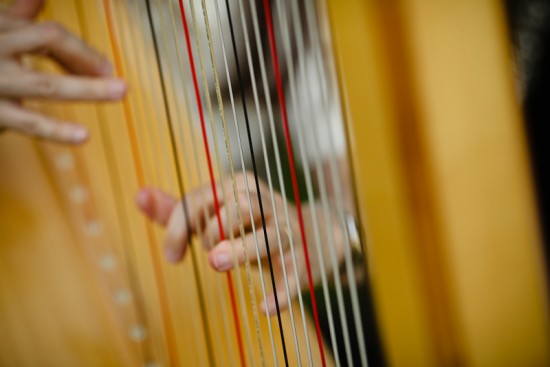 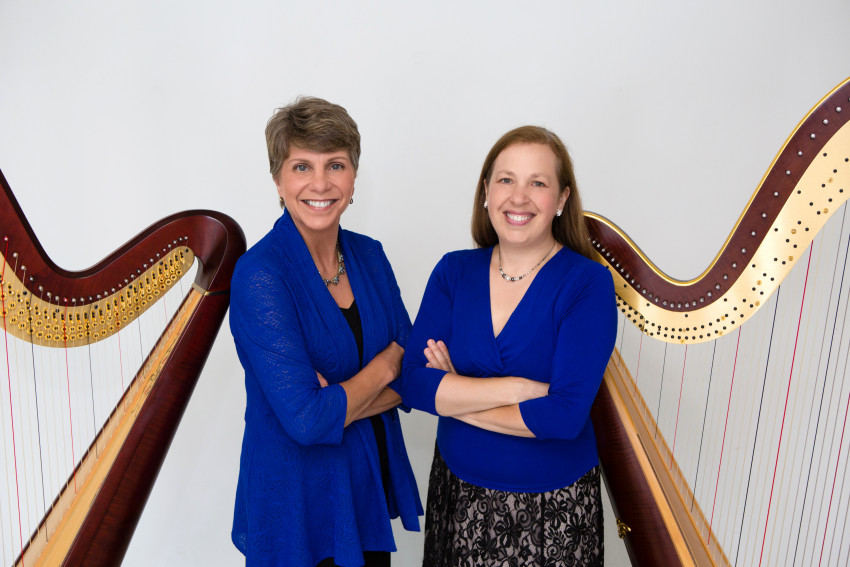 A Two of Harps - harp duo 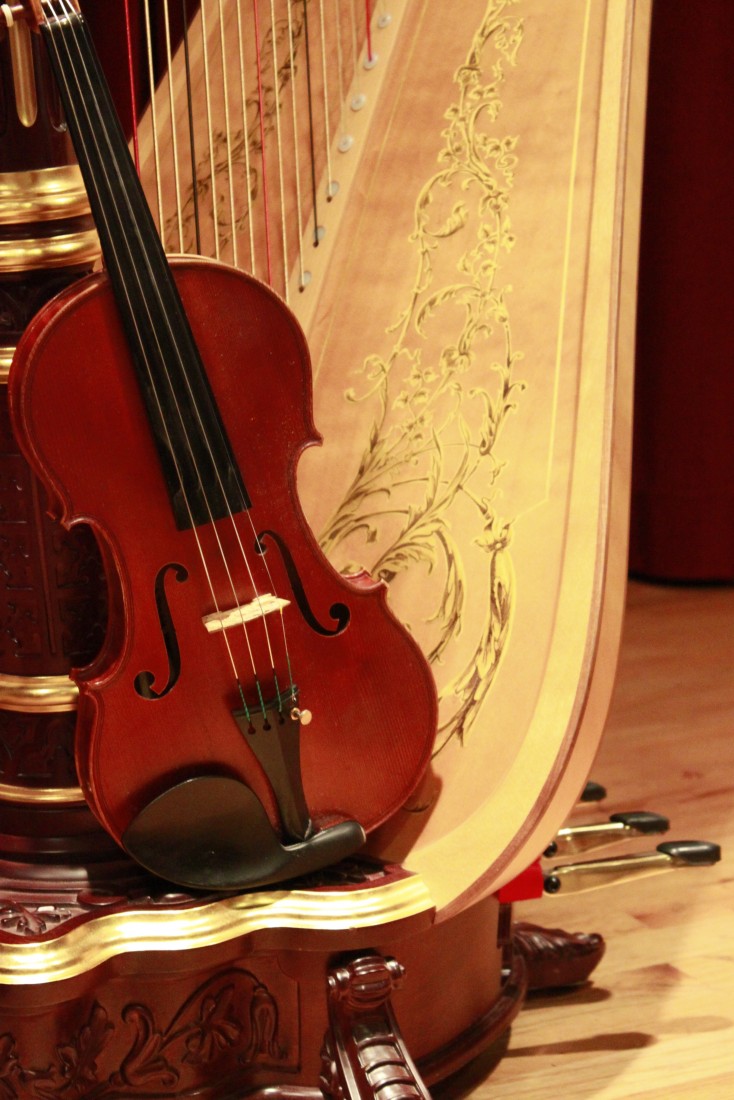 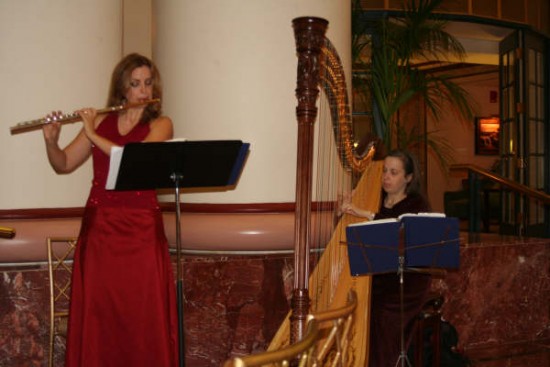 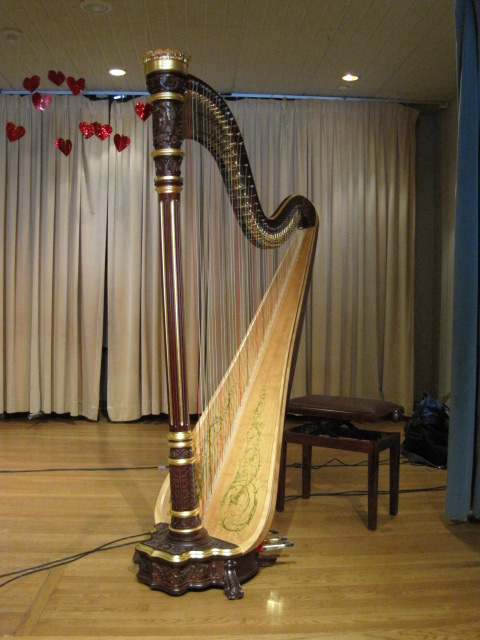 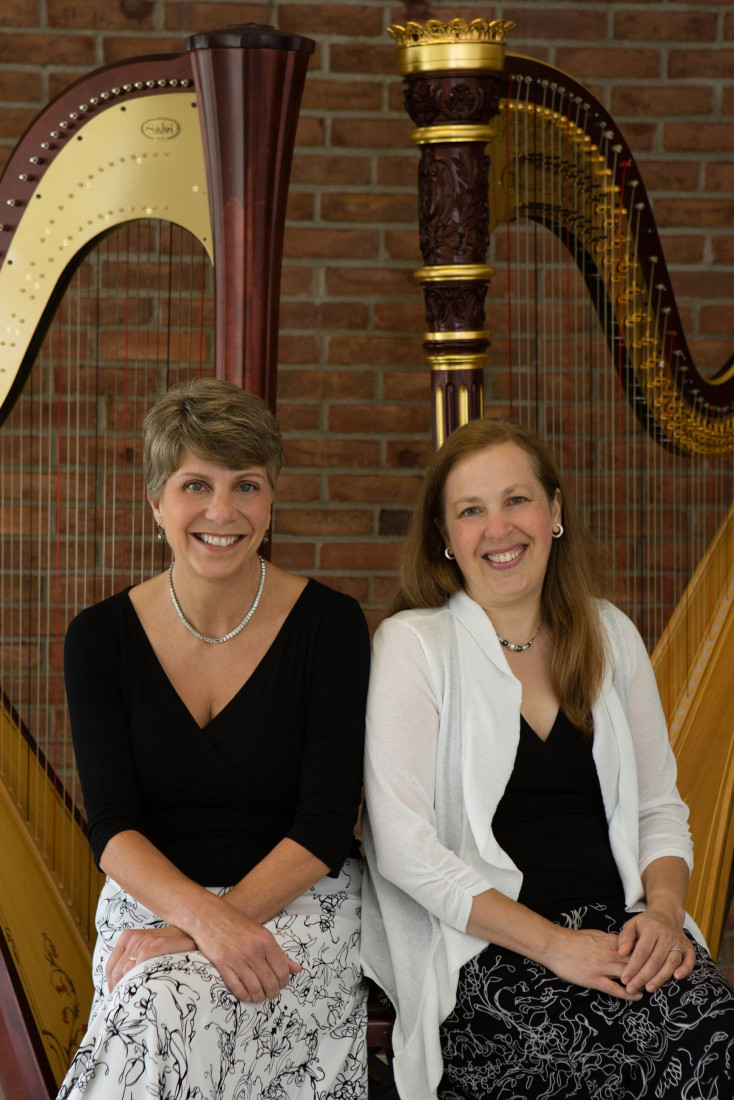 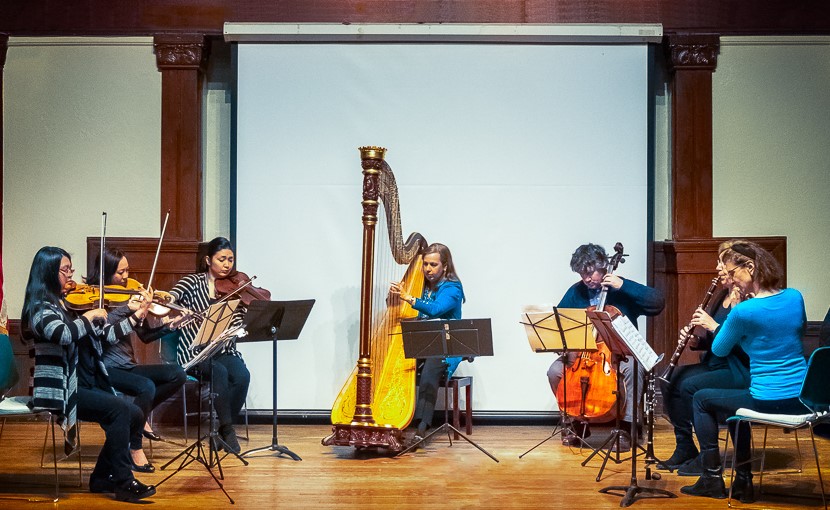 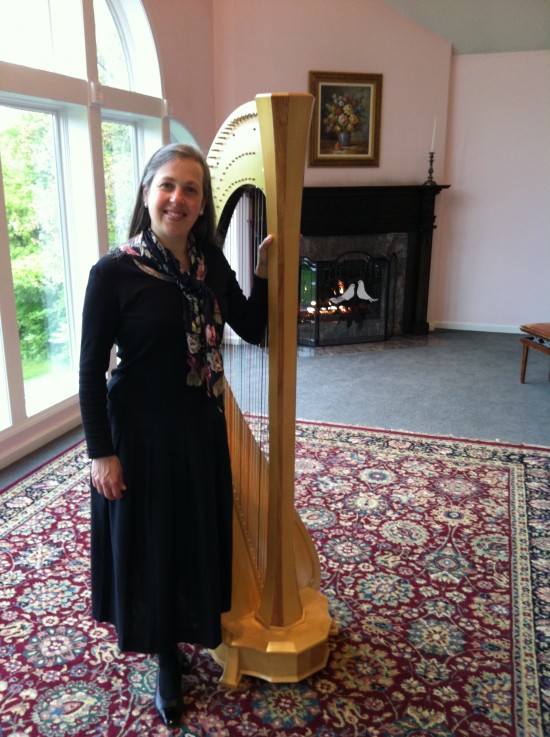 A lovely place to perform! 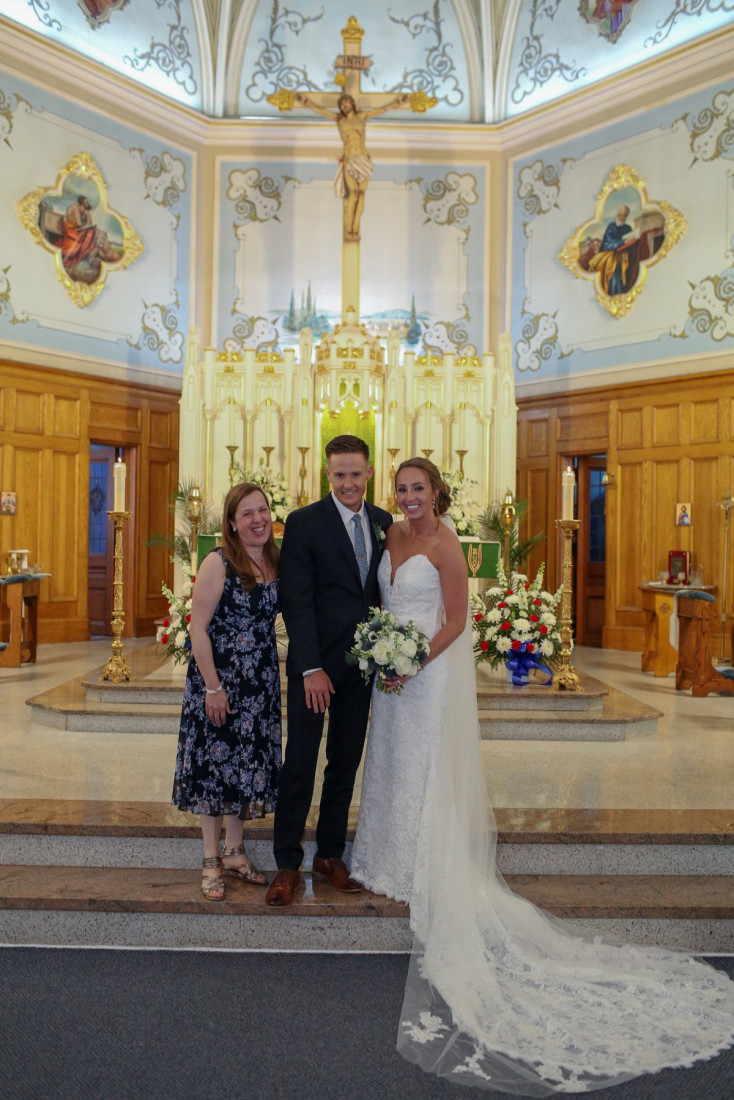 Wendy Kerner is a Juilliard graduate who performs live and virtual events. Her clients rave about her music, professionalism and how they enjoy working with her. She has performed for celebrities and royalty and has been described by The New York Times as "first rate". She has appeared at Carnegie Hall, The Metropolitan Museum, and on a boat circling NYC. Wendy plays for all types of events with a wide range of music: classical favorites, contemporary songs and covers, Disney, Broadway and Celtic tunes, Hebraic and other religious music, as a soloist and with flute, violin, cello, voice, in duos, trios or quartets. She also arranges for other musicians and larger ensembles.

Wendy played at my daughter’s Service

Wendy was perfect. She played beautiful music at the celebration of my daughter’s life. We communicated several times before the event. I shared with her the music I wanted played and the mood I wanted present at my daughter’s celebration. She met and exceeded my expectations. Wendy was very kind and caring. She expressed her condolences for my loss. She was professional and courteous. She arrived early enough to set up and began on time. I asked if she could start 15 minutes earlier than the actual time I booked her for due to a last minute change in the schedule from my pastor and she agreed without hesitation. I will certainly hire her again.

Thank you so much Vivian. It was an honor to be a part of your daughter’s service and add special music to all the amazing memories and tributes. I will continue to think of you and your family.

Perfect for Our Wedding

Wendy was perfect. She was most helpful with music selections and the suggestion of including a violinist with the harp. She communicated regularly and I was never worried about her contribution to our wonderful outdoor ceremony.

The most beautiful harp music!

Professional, punctual and amazingly talented! Wendy is an absolute delight, she made my vision come to life and accommodated my last minute requests. Lovely arrangement, what a wonderful birthday surprise! Will book again! Thank you kindly :)

Wendy played beautiful music for our wedding ceremony on Shelter Island. When we told her that we wanted a specific song for the wedding procession, she also found a cellist to help realize our vision. From the moment we spoke with her, she was accommodating, helpful, and thoughtful. Wendy has an extensive repertoire list, and is an extremely talented musician. We are so thrilled we hired her for our wedding ceremony and highly recommend her!!

Thanks so much, Lori. It was a pleasure to work with you and to make the music be just what you wanted! We so enjoyed the opportunity to add to your beautiful service and special day!

Wendy was very organized and knowledgeable. Pulled together amazing talent for our event. Tremendous skill. Pleasure to work with. Highly recommend

Wendy played at my mom’s funeral mass. It was elegant and beautiful. Highly recommend her!

Thank you so much, Kathryn. It was an honor to be a part of the lovely service. My best wishes to you and your family.

Wendy’s performance was perfect for my father’s funeral service. She was able to create a soothing and elegant environment for our family and friends. Thank you.

Thank you Carlos. I am so sorry for your loss. It was a lovely service, and I am so glad I could add special music.

Wendy was outstanding at my daughters wedding!!!! She added something so special to the service and our cocktail hour! I highly recommend Wendy!!! Such amazing talent!!!

Wendy was a dream come true for everyone there! Our small town doesn’t see this stuff ever so having her with us was a blessing. And she’s so super sweet as well! Thank you and will do business again!!

Thanks so much, Albert! It was a delight to work with you and it was wonderful to be part of the grand opening. It was fun to play so many requests and to get to talk with so many of your customers, too. Everyone was so appreciative! I would love to come back!

A week ago we handed my mother’s memorial service. Wendy did a marvelous job providing harp music for the occasion. She played a variety of classical music as well as a few requested songs. Professional, punctual and well prepared she was an asset to the event.

Thanks so much, Victoria. It was an honor to play for your mother's beautiful Memorial.

Wendy is extremely talented. She is also very gracious and she made it easy to coordinate with her for our event. If you are looking for a harpist for your event, you should hire Wendy.

Wendy was amazing. People loved knowing the songs that were played during the event.

The Beautiful Sound of the Harp

Playing with the Russian orchestra Wendy's harp sounded quite beautiful and melodic. She is a true professional. I've heard here a number of times in a variety of settings and she never fails to impress with her talent and professionalism.

Wendy was so easy to work with, as she was so nice and incredibly organized. We hired her to play at our wedding cocktail hour, and so many guests complimented her performance. If you want a magical touch to your wedding ceremony or cocktail hour, then definitely get Wendy to play her harp for you!

I hired Wendy to play at my ceremony and cocktail hour. All I am going to say is that she is phenomenon. Wendy is so organized, professional and of course an incredible harpist. Wendy suggested and offered many music choices for our wedding ceremony and cocktail hour. From the beginning of hiring Wendy to after the wedding, everything was perfect. Wendy is truly an amazing harpist. My guests loved the music. It really really added such an elegant touch to the ceremony and cocktail hour. Wendy played many different types of music which we all enjoyed very much. I could not be happier that I had chosen Wendy. I chose Wendy when I was planning my wedding because of the great reviews everyone left for her. I am writing this review hoping to help those of you who are looking an amazing and professional harpist to play at your wedding or any other occasions, Wendy is going to be perfect for you.

Wendy is a great harpist and has a very pleasant demeanor. She simply does not loose her cool. She is a "Julliard girl" in the nicest way and is a master of orchestral playing and a wide wide variety of wonderful solo and chamber repertoire. She will charm everyone through her musical approach and is well worth her fee.

Our wedding day was complete because of Wendy. I had nothing planned for the music; she played the harp for us. She had music ideas, sent me to websites to hear her music. She was on time and was just simply amazing! I trusted her as the professional & she was just fabulous! She completed our wedding ceremony....

Wonderful ceremony music for our wedding

I loved having Wendy at our wedding! The music was beautiful and the harp was spectacular. We brought in Wendy's organist and also used 3 other musicians for the day and everything was perfect. We could not have been happier.

Wendy played the harp at my wedding ceremony on June 11, 2011. She did an unbelievable job, the music was amazing! Afterwards, I had so many guests tell me that they loved hearing her play and it was very unique to have at a wedding. Wendy was a pleasure to work with from the beginning and she is truly a professional and I would recommend her to anyone.

I am pleased to be able to provide feedback for Wendy Kerner Lucas. Wendy is a harpist of the highest professional standards. As principal violist for the Chicago Lyric Opera Orchestra, I have 30 years worth of experience as a professional classical musician, and Wendy upholds the very highest standard of musical performance. Wendy is a fabulous talent, reliable, a pleasure to work with and her fees are incredibly reasonable for someone of her stature and experience. Anyone considering hiring Wendy for an event is guaranteed the highest satisfaction possible.

Wendy played the harp at our son's recent wedding, and her music added much beauty and class to the ceremony. Everybody remarked to us afterward about the beautiful music and how it absolutely made the ceremony extra special. I had actually hired Wendy through an internet ad and found her to be an absolute joy to work with. She always answered my email questions immediately, and was most accommodating. She sent me many choices for the musical selections and was very concerned that we would be pleased with her performance. I am delighted to recommend Wendy Kerner Lucas to anyone who wants beautiful music played by a first class professional.
Rona and Sid S.

Review by Elisa A.

My husband and I are classical music lovers. We see concerts at Carnegie Hall and Lincoln Center regularly. We wanted music for my nephews Wedding Reception and found Wendy Kerner Lucas on Gigsalad.
We hired Wendy and she arranged for Classical Duo of flute and harp. We were blown away by their playing.
Their music was as beautiful and of concert hall quality. Hire Wendy, you'll be lucky to hear her play. Their music made the whole evening. It was perfect!

Wendy became fascinated by the magic of the harp as a young child, and at the age of seven she began playing the harp. She has won many awards for her music including the Artists International Competition (with two prize concerts in Carnegie Recital Hall)and the American Harp Society's Concert Artist Auditions - resulting in concerts across the United States. She is a Juilliard School graduate with Bachelor and Master degrees in harp performance and she loves sharing her music. She has performed for weddings, private parties, religious ceremonies, anniversaries, business functions, product demonstrations, holiday celebrations, educational programs, concerts, and more. She maintains an active harp studio teaching harp lessons to students of all ages. Her extensive experience includes regular performances throughout the tri-state area and New England, as well as throughout the country and to Europe, performing in a wide range of venues. She has performed for former First Lady Hillary Clinton, the Queen of Thailand, Johnny Mathis, the Three Irish Tenors, Leona Helmsley and has appeared at the Metropolitan Museum of Art, Fordham University, Saks, and the NY Botanical Gardens. Her clients have included IBM, Nivea, People's Bank, and the Glen Arbor Golf Club. Her repertoire includes favorite classical selections, well known show tunes, beautiful love songs, magical Celtic music, delightful Holiday selections and more. Whether as a soloist or in ensemble with flute, violin, cello and other instruments, her talents and personality will enchant you. She also performs regularly in an Irish group, (www.Themselvesct.com) performs with numerous orchestras, and has a CD out on the Delos label of flute and harp music entitled "Sounds of the Seine". She has a large studio of harp students, too. The New York Times called Wendy "first rate" and you will too! A recent client wrote, "What a lovely afternoon of music. Our event was a success due in part to your talent on the harp. Many guests mentioned that the music perfected the event. Thank you. I look forward to working with you again."

I need a hard, flat surface to play on as I must balance the harp in order to play. It needs to be shaded, and if necessary I can bring a small canopy for that purpose. I charge a small fee for that service, to cover the added set up and break down time.