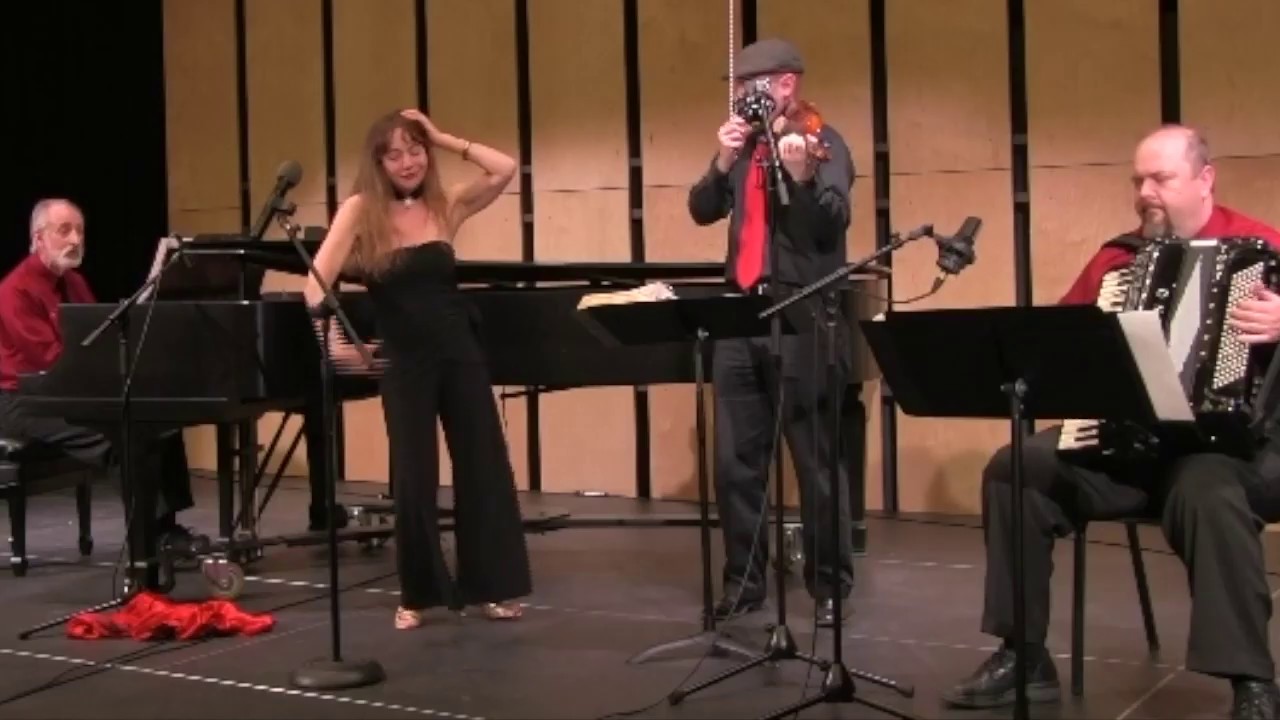 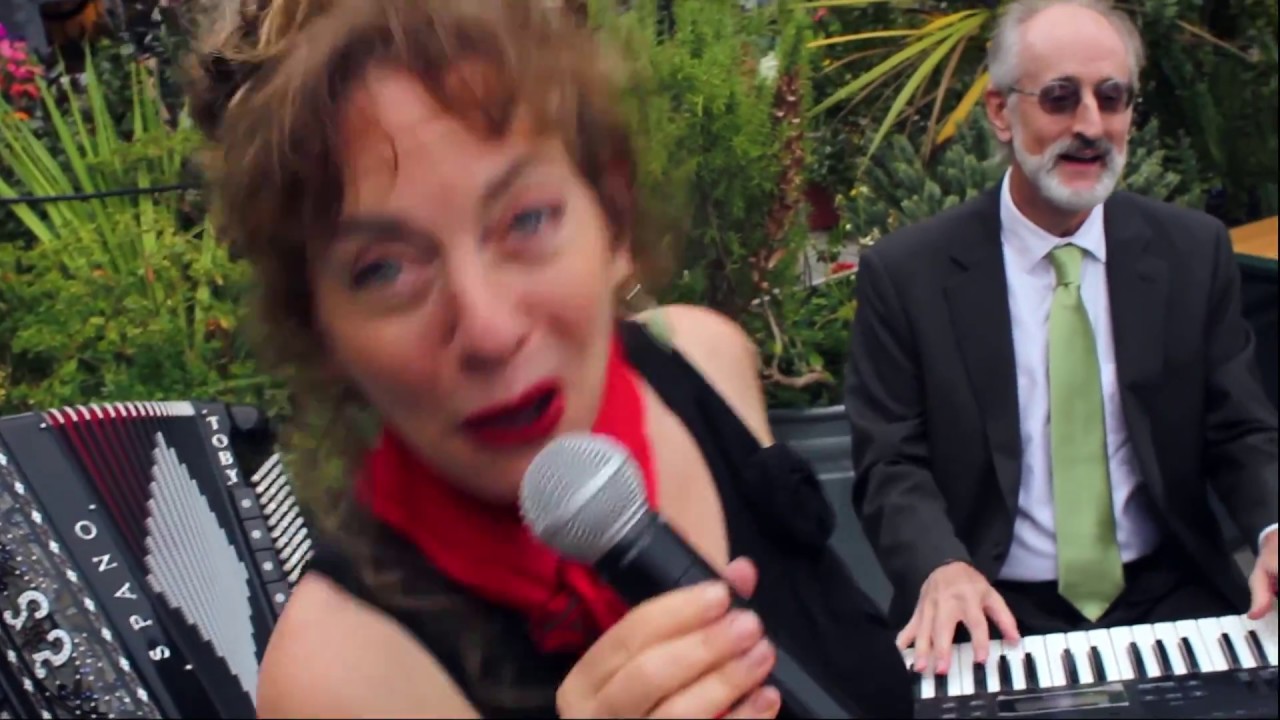 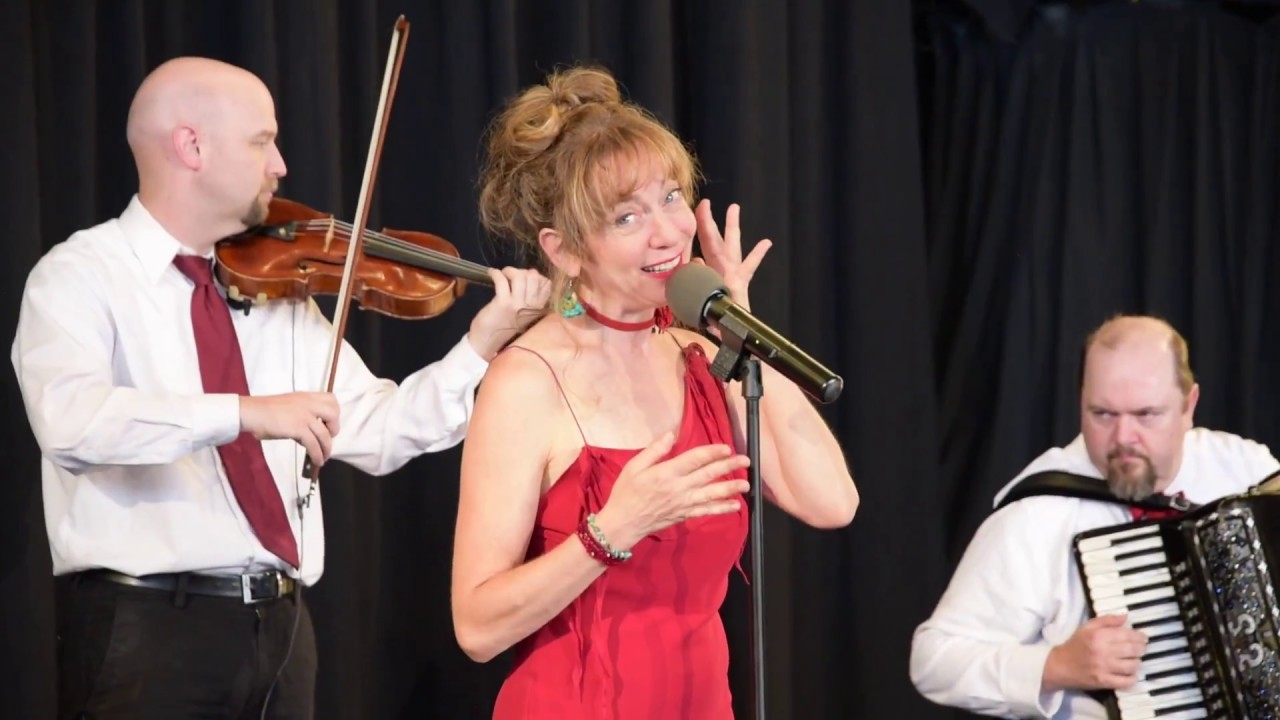 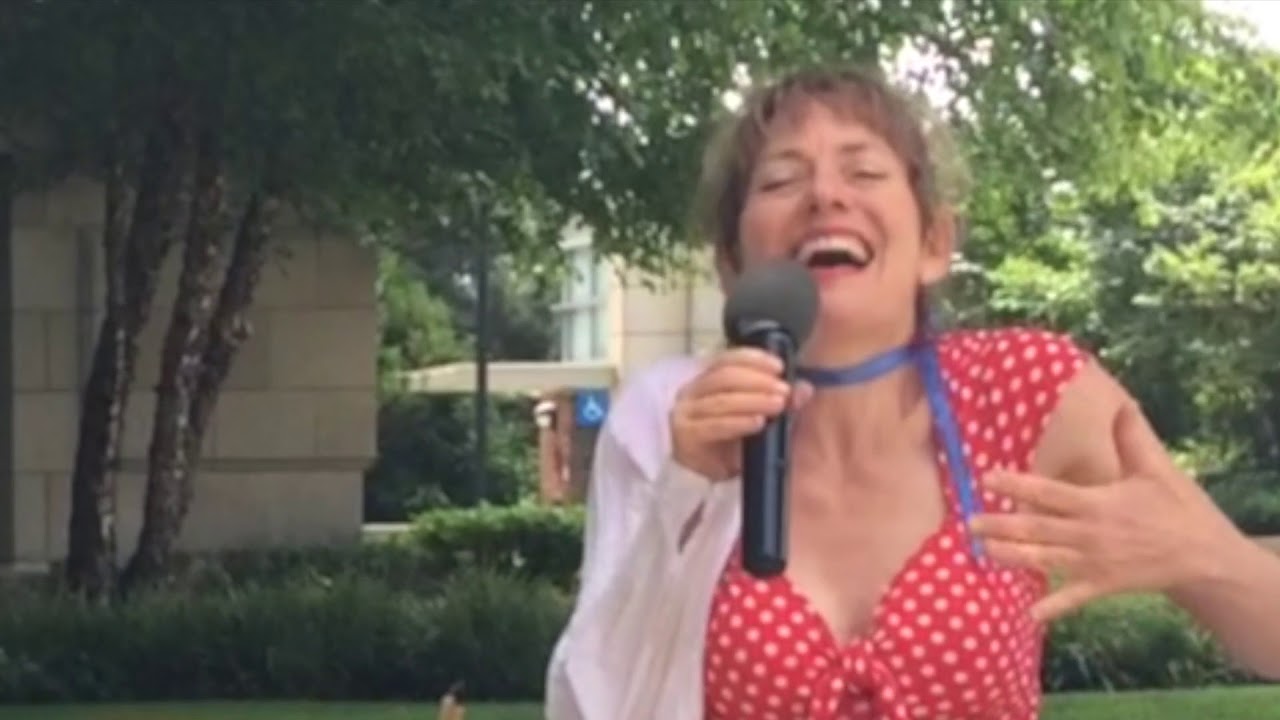 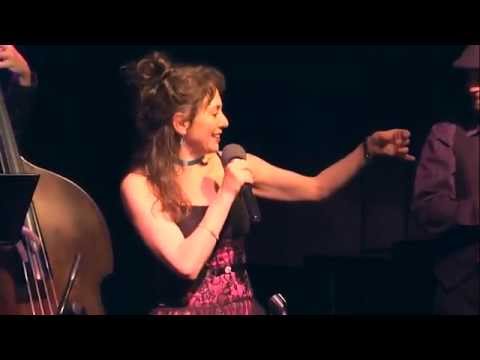 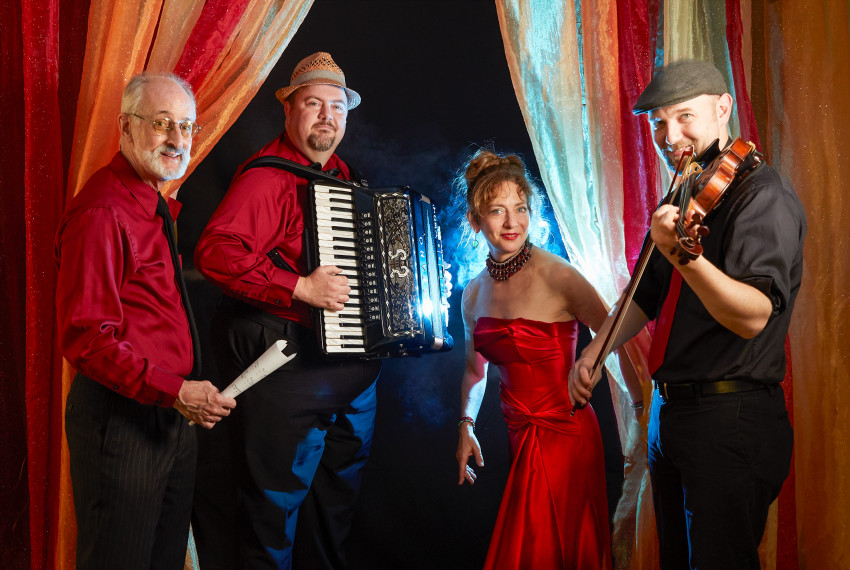 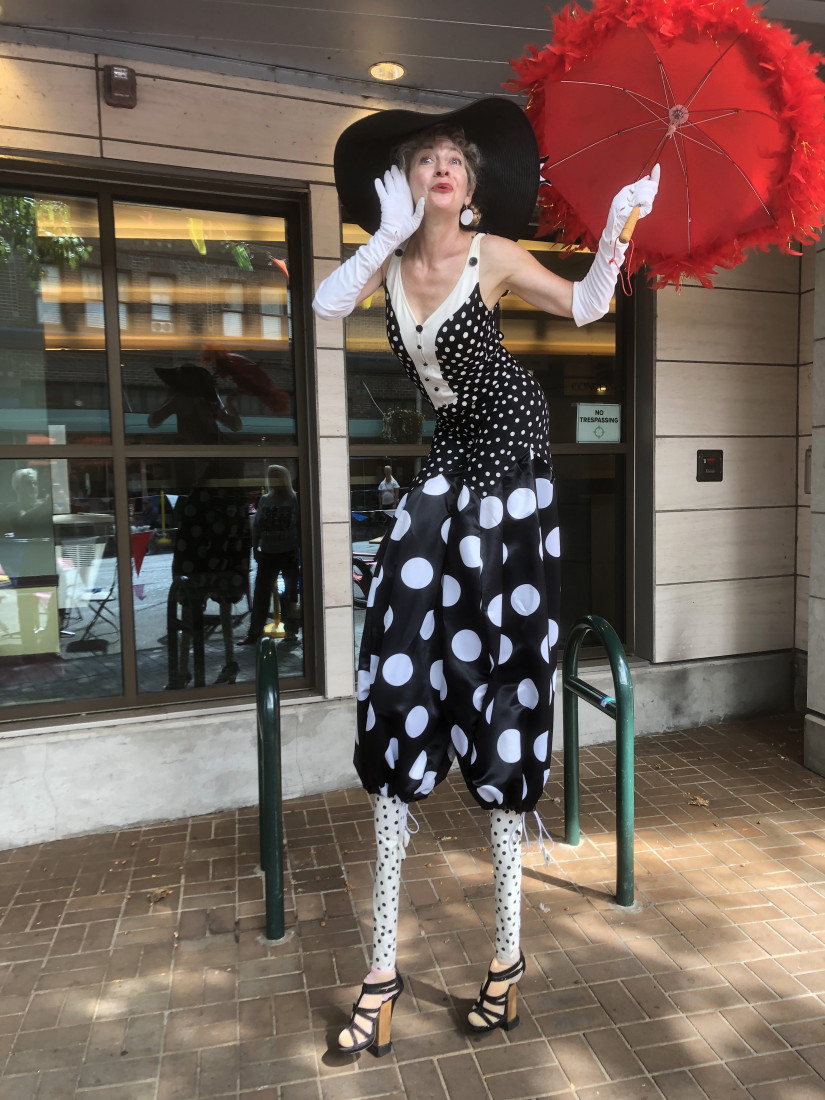 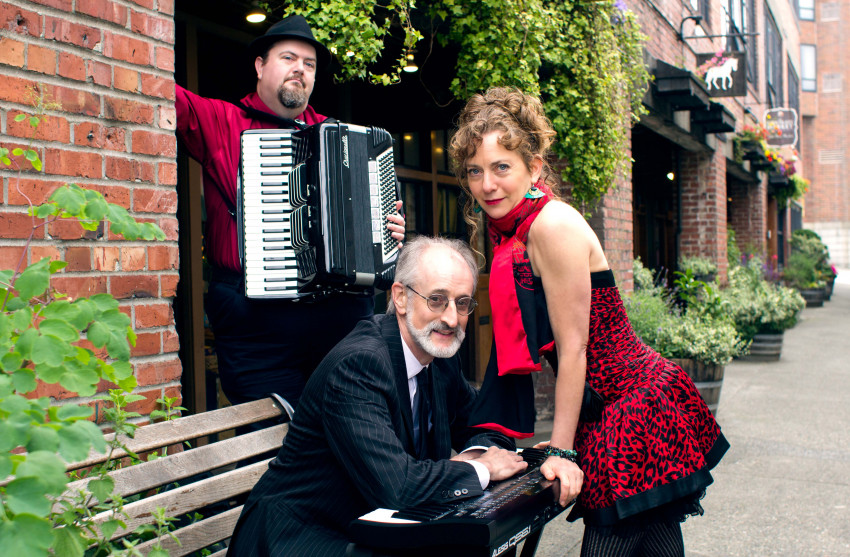 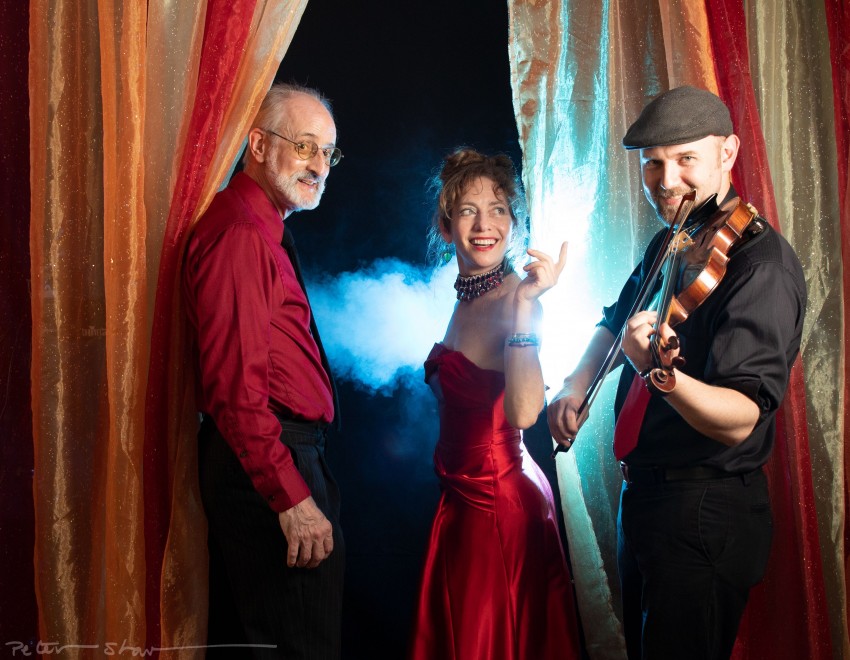 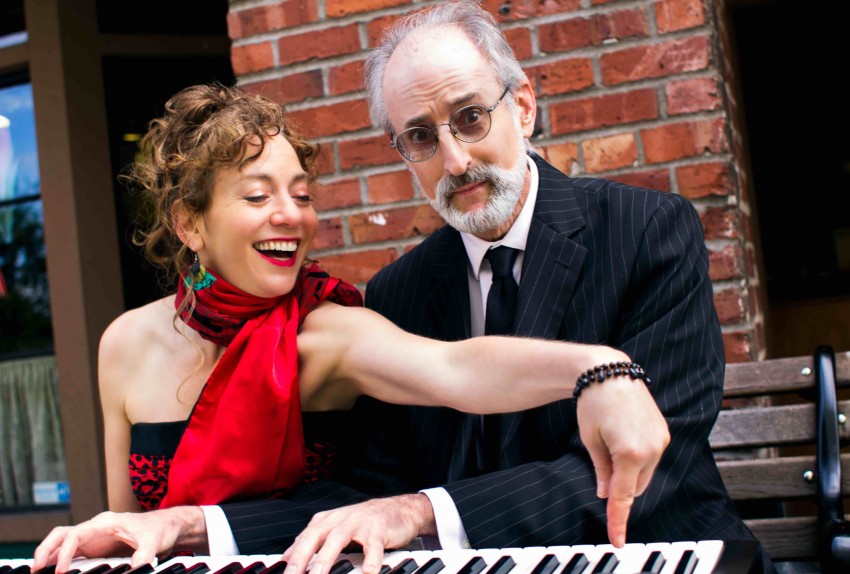 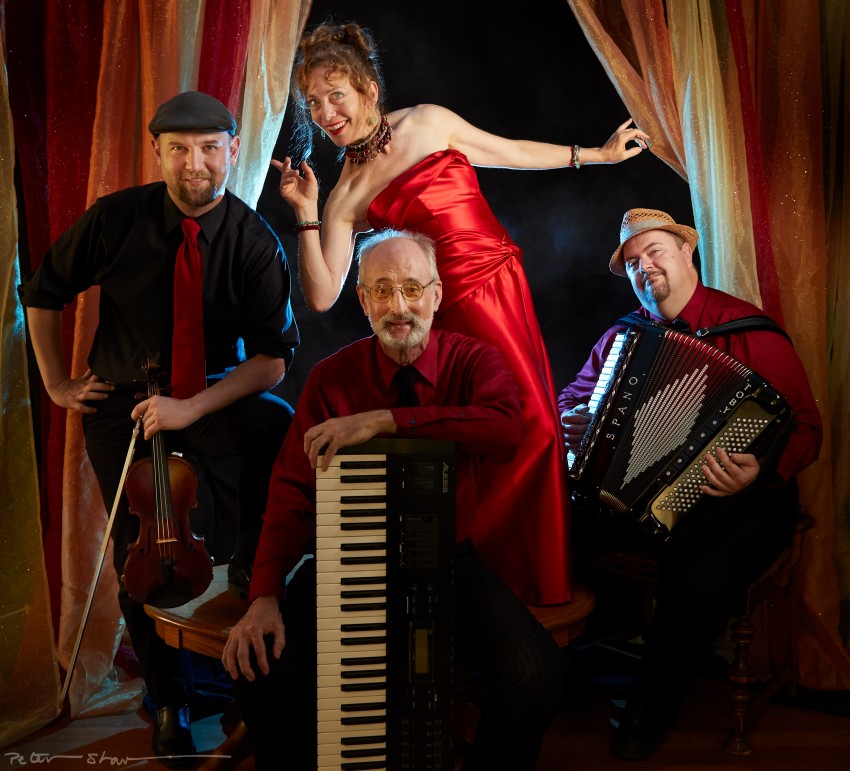 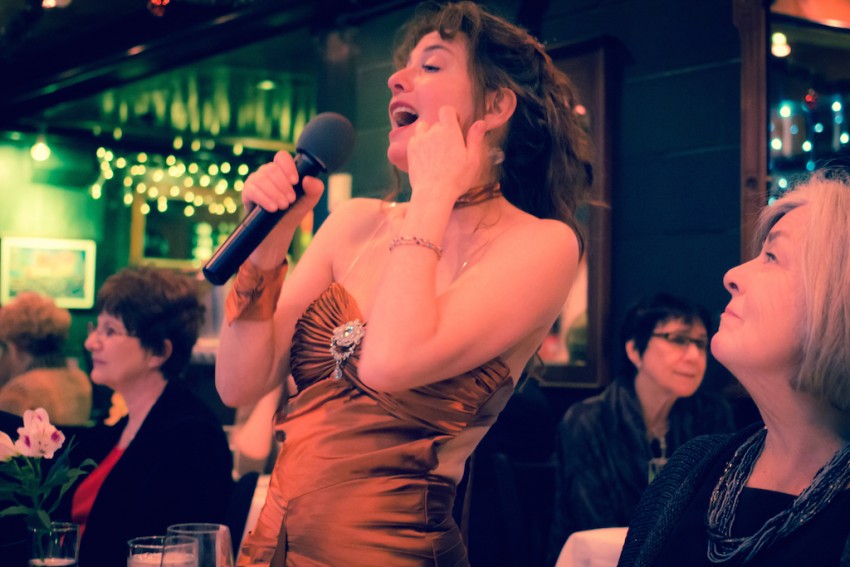 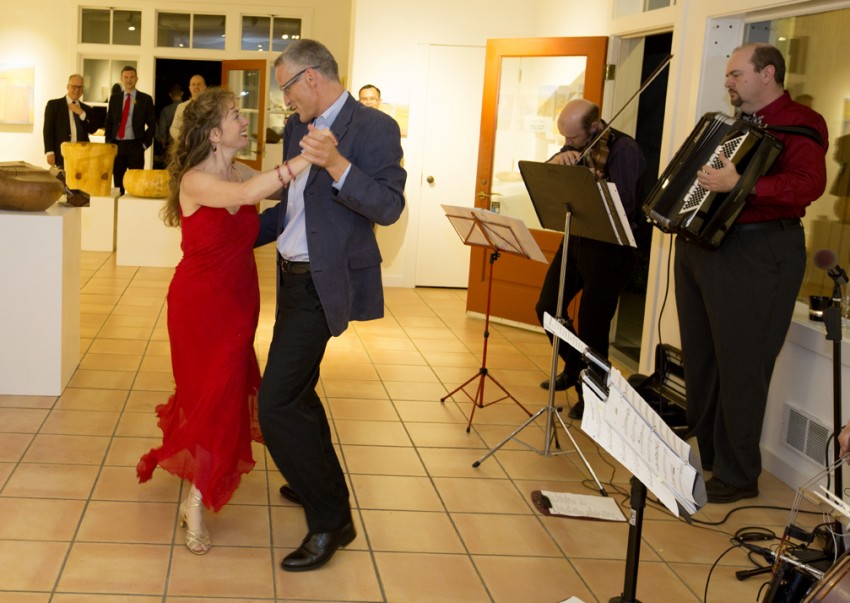 Superb photography by Mike Siegel, dancing with a guest! 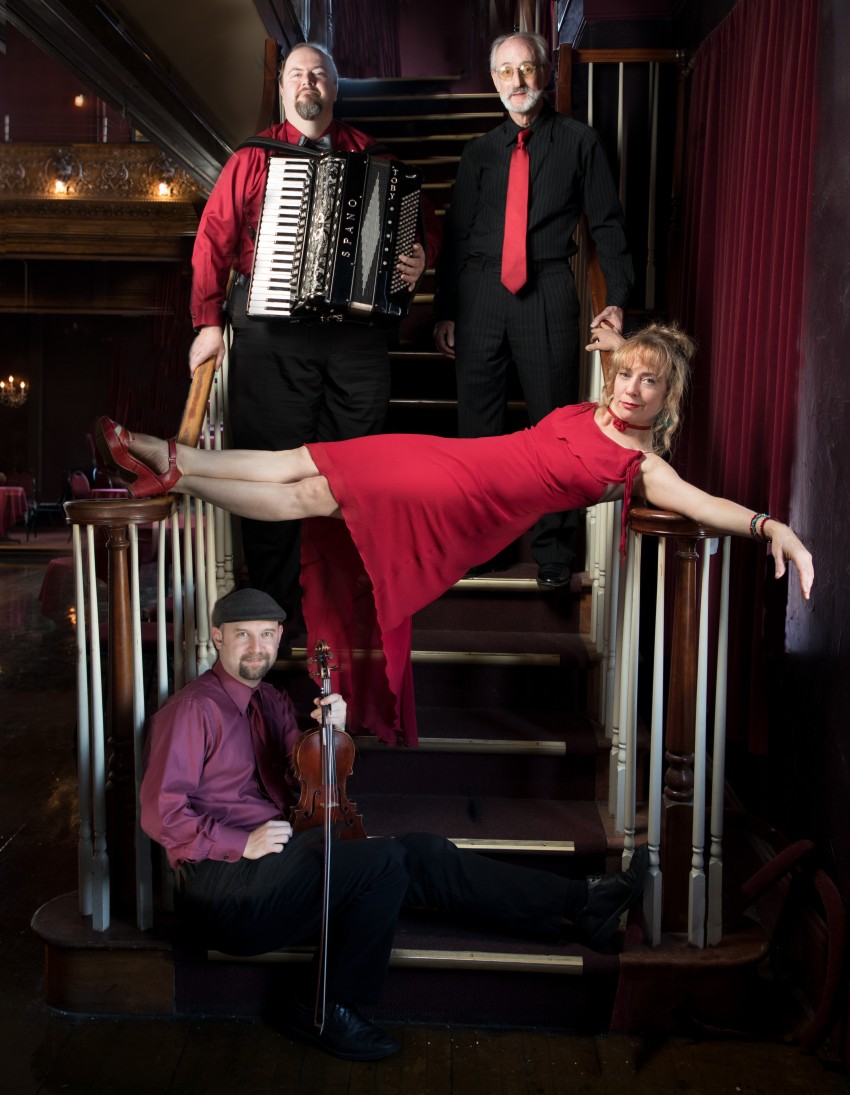 Boy I am working my abs! Quartet having fun! 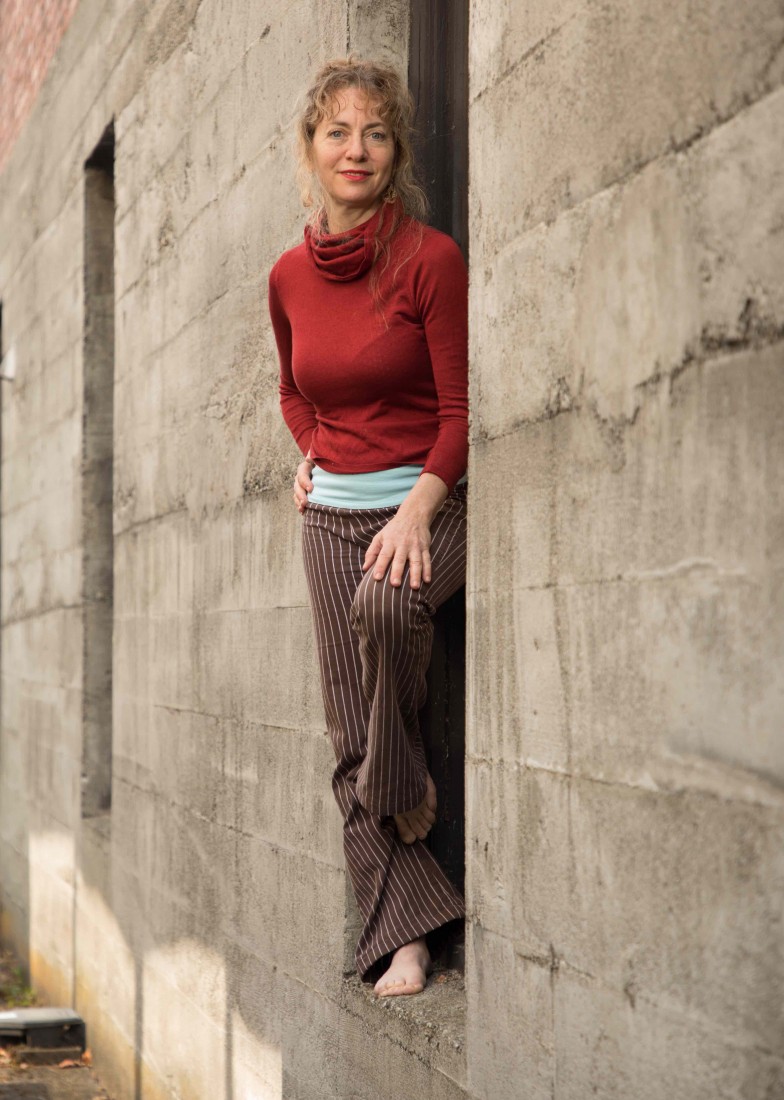 A great night out- COVID style

I hired Rouge to play a rooftop performance for a surprise date night for my wife. Rouge was very accommodating (within reason) to my requests for a sneaky setup while my wife was out of the house and allowed me to change to night because of inclement weather. The night of the performance they showed up on time and were professional in maintaining social distancing guidelines. They played a custom mix of songs with a blend of swinging French tunes, tangos, waltzes, and sit-back and relax performance tunes. My wife and I had an absolute blast of a time. I highly recommend to anyone looking for something fun and out of the ordinary.

What a romantic, playful night!
They danced and listened, interacted with us and watched, then were playful with each other. What an honor to be part of such a night full of love!

Great additon to our members' preview

I hired Rouge to perform for one of our gallery openings at the Tacoma Art Museum. Their performance took the energy of the event to the next level. I loved how interactive they were with the crowd and they are very talented. Some many complements were received and they were a pleasure to work with. I highly recommend booking them for your next event.

1) Easy to work with, we want to create the event of your imagination. Good communication before and during event makes the date!

2) Not a pushy performer, our vocalist picks and chooses when appropriate moments are to interact to have everyone engaged in a good time! Her joie vivre manifests in dancing with guests, warm serenading, and fantastic dancing!

3) We dress well to create an atmosphere of style, elegance, and fun. Choose if you want a light, sexy look or more elegant gown. Men wear ties.

5) The quartet is vocals, violin, piano, and accordion. Pianist and violinist add back-up harmonies to various songs! Violinist dances too. We do quartet to duos. (Guitar can be added.)

6) We bring a recorded playlist for breaks, pre-show, or intermission.

7) If you have a projector and screen, we can provide projections that add to the music.

Top musicians, we're on the prestigious 4Culture Touring Arts Roster, and for national concerts, are represented by Pat Alberti Performing Artists. Our violinist is a National Scottish Fiddling Champion and our accordionist was nominated for a National Best Polka CD. Vocalist and pianist wrote an original musical also accepted onto the Touring Arts Roster. So enjoy really good entertainment!

• Make sure you know where your power source is and that it is working!

• We set up an hour before guests arrive normally and do a thorough sound check. That insures a good outcome.

• Moving sound system to another space during event without a sound check can be tricky. Another system can be set in place but adds expense or plan on one location. For ceremonies, often we need very little amplification, so this can work fine.

• We bring IPod music for breaks, pre-show, or an intermission..

• Put light on us if possible. Do not put us in a dark corner if it is a corporate event--we are interesting and you will get more bang for your buck.

• We need about 4' around for each musician. We can be in a line or vocalist can be in front of trio. Don't have the room? We can have smaller ensemble or we just somehow cram in! Keyboard and accordion take the most space and violin and vocalist can float a bit. Depending on situation, we have one small monitor in front of us so we can hear each other well and give you the best sound.

• We have the option of bringing a solid white curtain or diaphonous circusy curtain as a back-drop. It hangs on 7' high, 12' long frame.

If you have a projector and screen, we can bring projections.