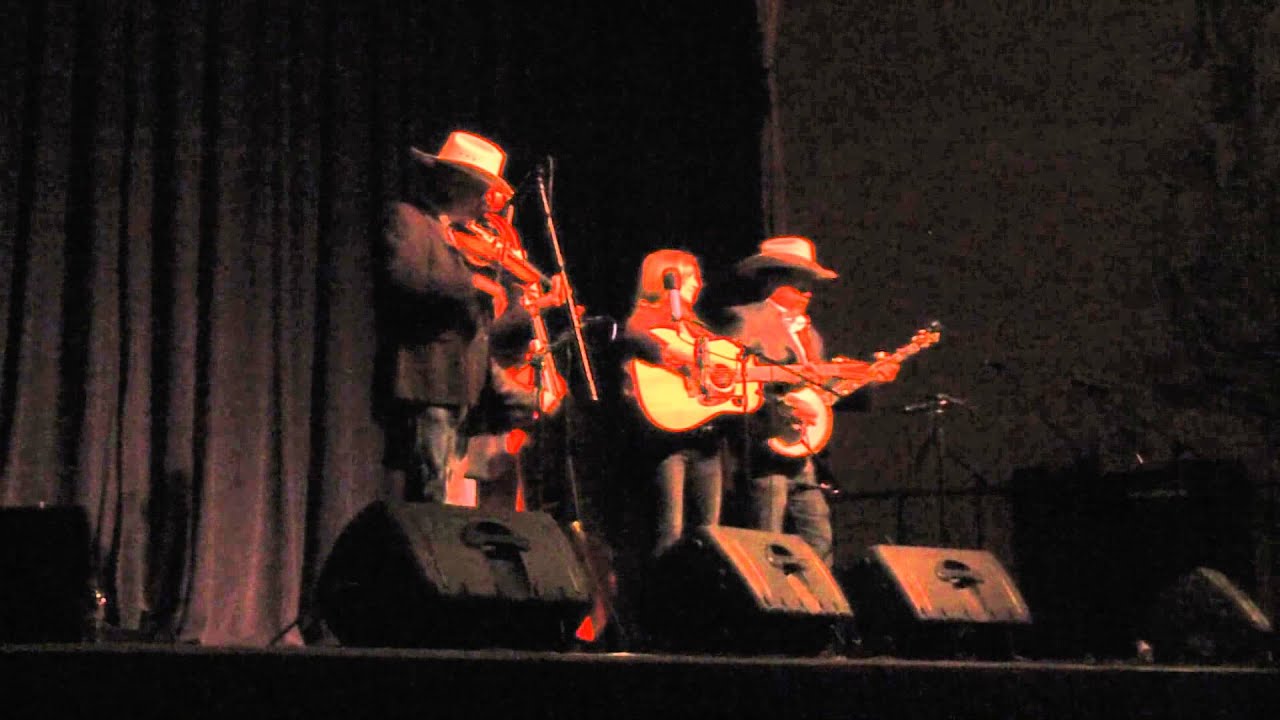 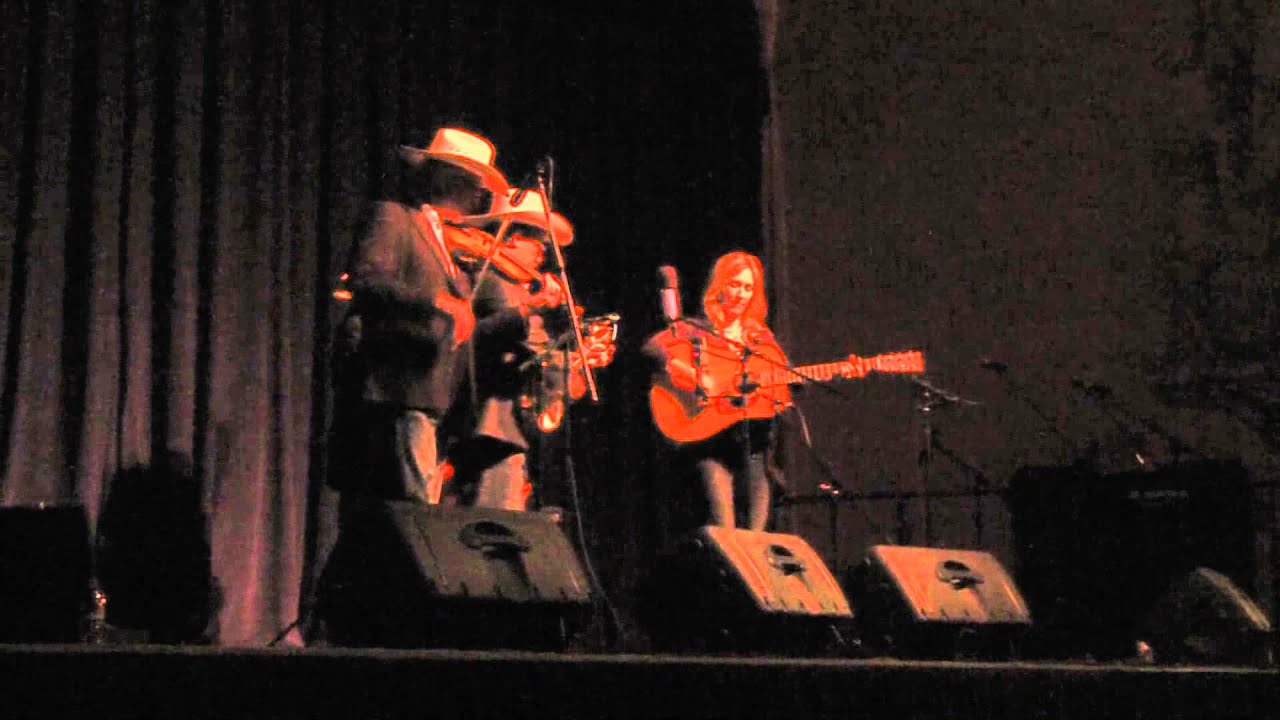 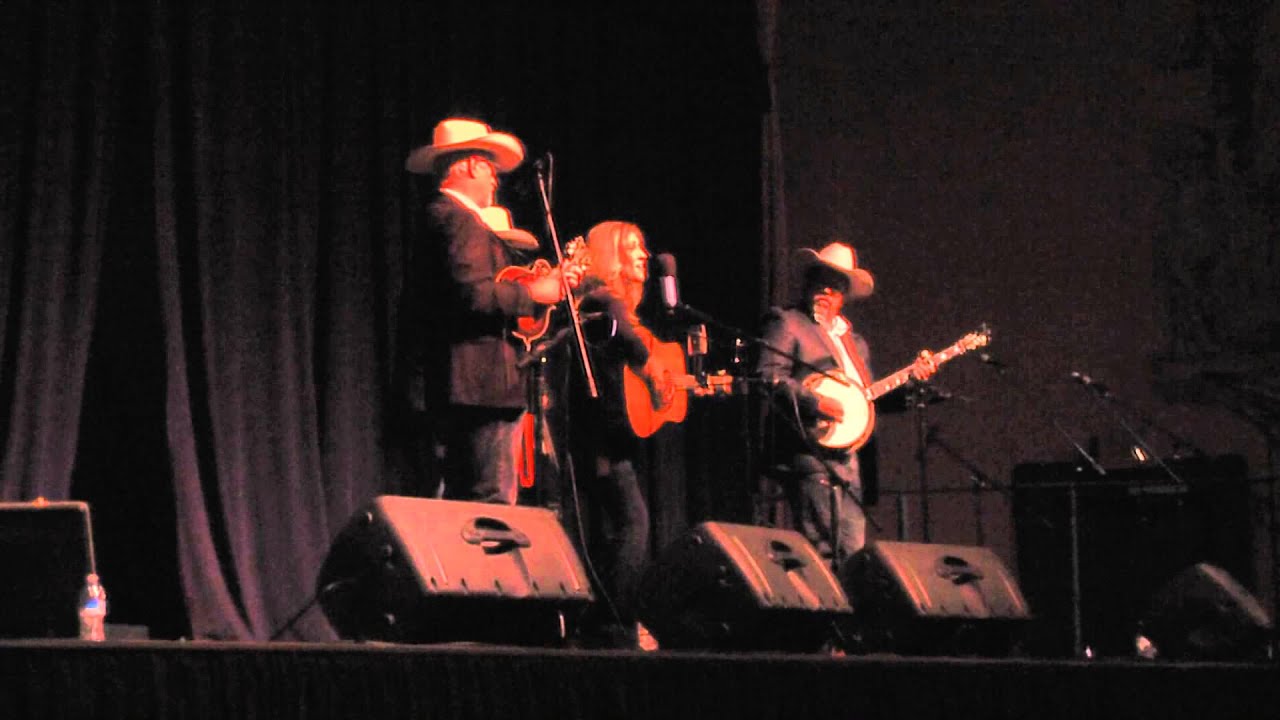 What Will Become of Me 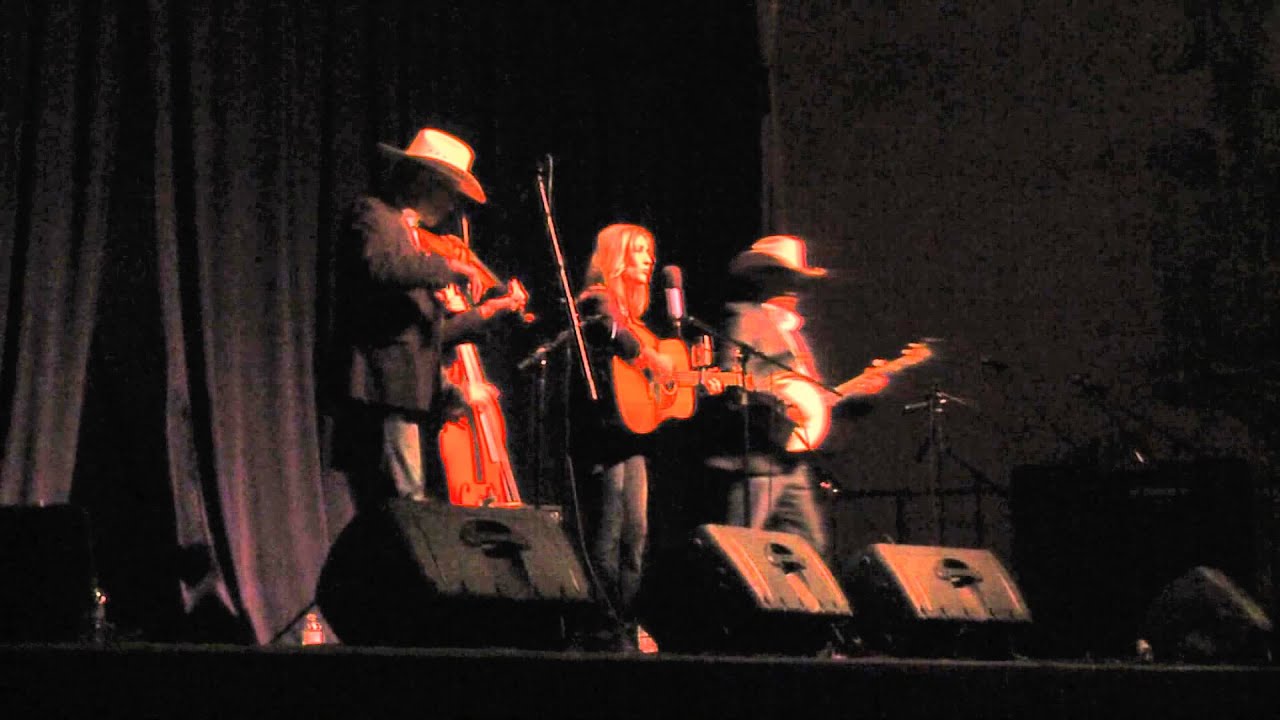 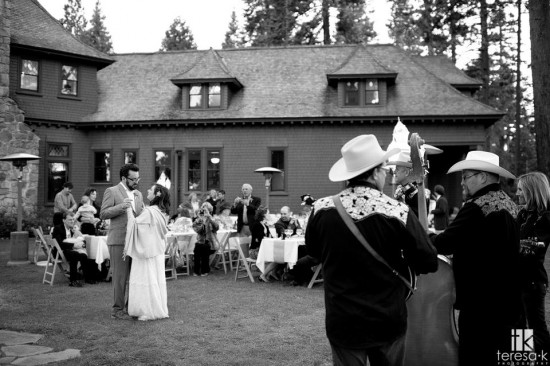 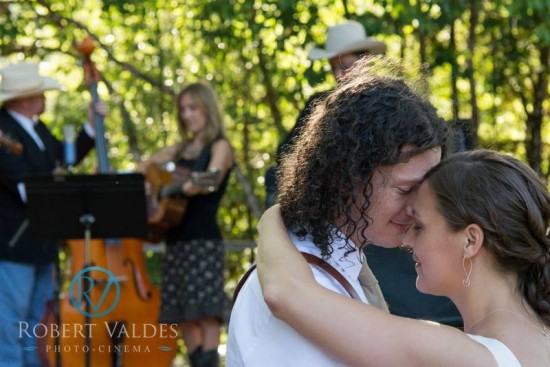 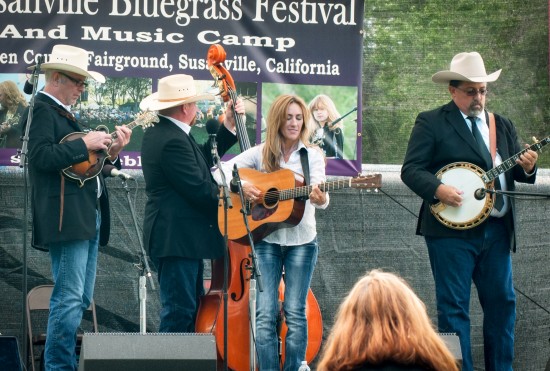 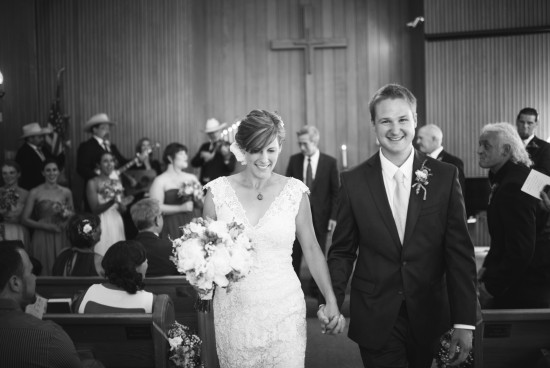 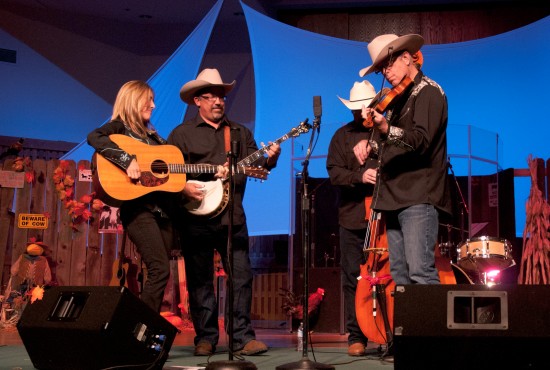 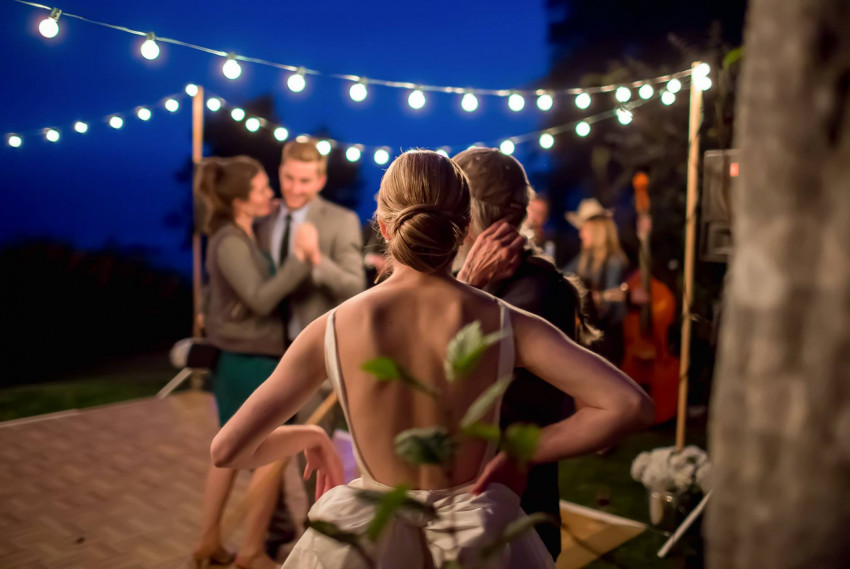 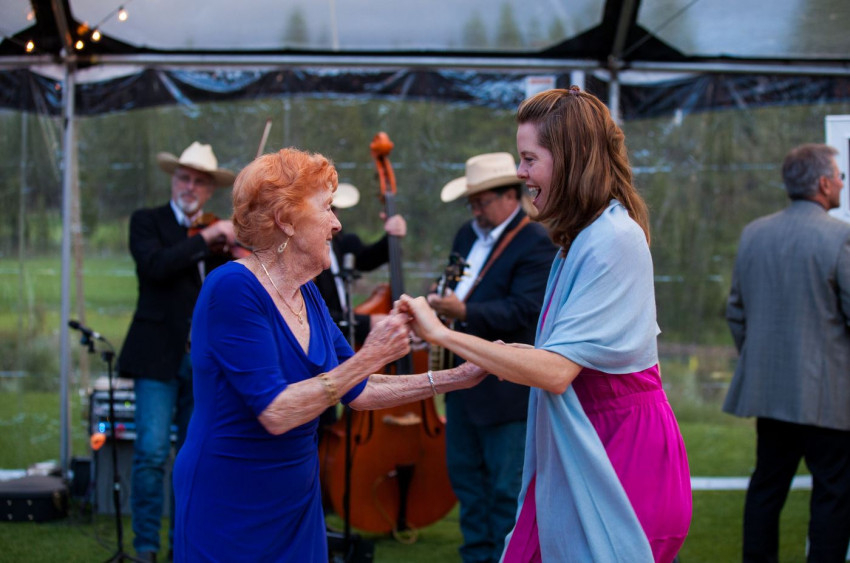 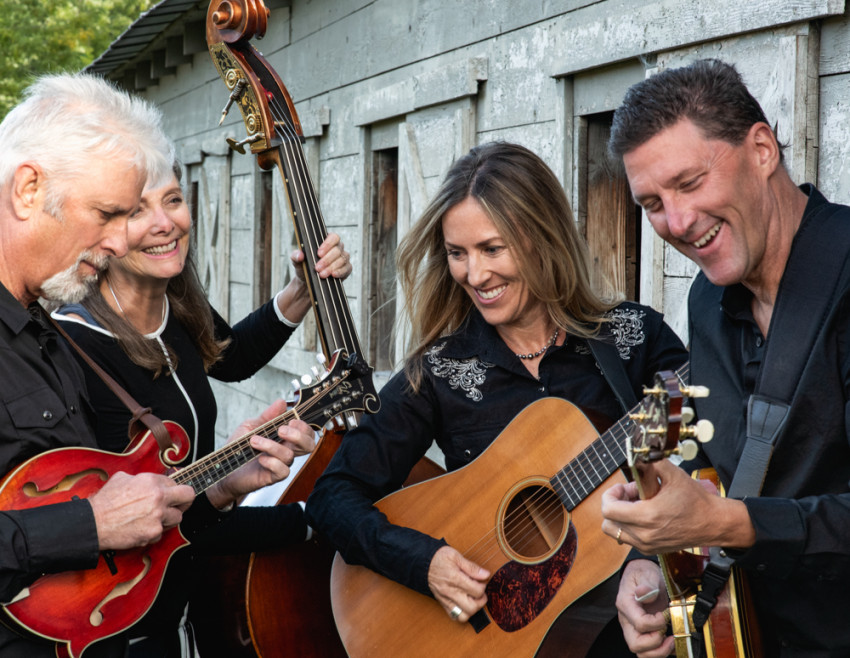 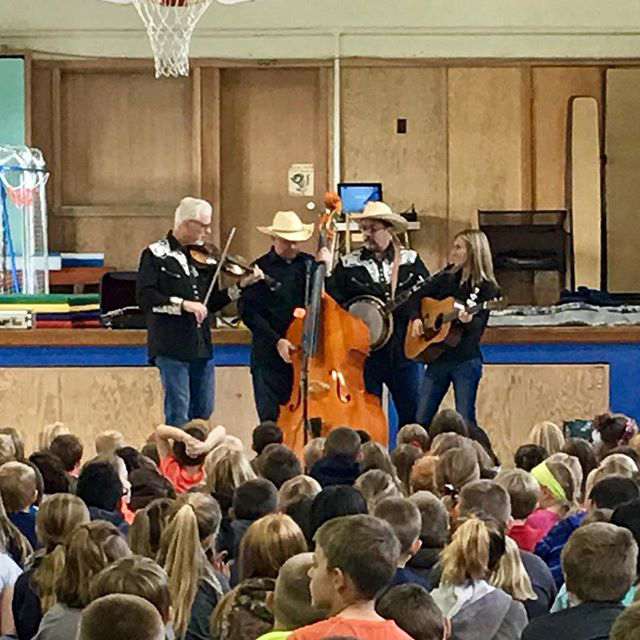 Playing for a school in Oregon

Rock Ridge has been wowing bluegrass audiences for 9 years in California and now in beautiful Bend, Oregon! They deliver hard-driving rhythm, stellar vocals and stunning instrumentals with their repertoire of traditional & contemporary bluegrass, originals, country and gospel. They're happy to cover any genre of music tailored to your wedding or event. "Highly charged!", "Cover requests ranging fom Aretha Franklin and Frank Sinatra to Waylon Jennings & Talking Heads -- and they nailed them!", "Fantastic!".
Rock Ridge is available for concerts, weddings, corporate & civic events, private parties & music festivals. We can travel any distance and would love to play for you!

The Rock Ridge Bluegrass Band was a major reason my daughter's wedding was such a fabulous event. I was initially skeptical, but from the beginning of their performance all doubt evaporated. They are not only very talented but thoroughly professional in every way. As background sound they were not in any way intrusive; their music was well chosen and suited the atmosphere to a tee. As the primary music for the ceremony itself and the reception afterward, they were a pure delight. Their rendering of "Rock Me Momma" to which the newly-weds danced the first dance was for me the highlight of the reception. Josie's voice is absolutely beautiful; her intonation and interpretation of the music were perfect. I was able to speak with a couple of the band members and was struck with their genuine friendliness and their love for what they do as musicians. I highly recommend them.

Rock Ridge works hard to meet the needs of our clients. With clear communication from the beginning, all of the details for our part of your event will go smoothly and we're also very flexible in case something changes. Our job is to make sure your guests are happy with our top notch bluegrass vocals & instrumentals and warm friendly stage presence! We've got top-notch bluegrass talent on the West Coast, love what we do and look forward to playing at your event!

Josie Grant is a bluegrass powerhouse, wowing audiences with dynamic, powerful singing and driving guitar playing. Fans describe her vocals as being "highly charged!", and her tone, expression and commanding performance style make her a standout among top bluegrass vocalists. Equally compelling is her energetic and rhythmically dynamic guitar playing which forms the driving foundation for Rock Ridge. Originally from Southern CA, she fell in love with bluegrass in the 1990s and has performed with Hiway 99 and Borderline Bluegrass Bands in Northern California. Hailing now from the Willamette Valley in Oregon, Josie is also a professional portrait/food photographer and painter.

Rick Grant's background is solidly founded in the traditions of old-time, classical, and gypsy jazz. He is a superbly talented multi-instrumentalist and vocalist playing rock solid mandolin and tasty fiddle with Rock Ridge. Together with Josie and Suzanne, his prodigious timing forms a bedrock of rhythm that is the core of Rock Ridge’s sound. His high-lonesome tenor singing matches perfectly with Josie and he delivers powerful goosebump rendering lead and harmony vocals and writes and arranges many of the songs for the band. Rick has been a well-known fixture in the California bluegrass scene, and he has lent his talents to popular groups including Mountain Laurel and Borderline Bluegrass Band. Rick is a software engineer and operates a music recording studio where he has recorded much of the band's stellar recordings over the years.

Dale Adkins is a longtime Northwest legend who Flatpick Guitar Magazine states is: “really, really good, as in a major force!" As a part of Grammy nominee Kate MacKenzie's touring band, Dale performed across the U.S. and Europe in the 1990s. Other musical collaborations include guitar legend Dan Crary, John Reischman and the Jaybirds, Frontline, True North, and Leah Larson. With the release of “Alone in the Red Room,” Dale introduced a significant departure from high-energy bluegrass flatpicking, showing significant growth and sophistication in his playing. Dale is an instrumental wiz on guitar, banjo and mandolin. Dale is also the owner and engineer/producer of Big Owl Studios where he has recorded and produced acoustic recordings of beautiful, pure quality for musicians all over the US. (link hidden)

Suzanne Adkins has been a stately, rock-solid bassist and vocalist in many Northwest groups over the years. She has held down the beat for groups including True North, Knott Bros, McKenzie Crossing, and Adkins Family Band. She is a gifted vocalist and harmony singer in any configuration she joins. Suzanne is the Artistic Director for the Wheeler County Bluegrass Festival held annually in Fossil, OR and works alongside Dale Adkins as a record producer and engineer for Big Owl Studios, providing her own stamp to many bluegrass and acoustic recordings. Her other musical pursuits include serving on the current Board of Directors of Acoustic Sound (Wintergrass) and in the past on the Oregon Bluegrass Association Board.

Bluegrass sounds fantastic performed acoustically (without sound reinforcement) if that works well for your event. We also can supply our own high-end sound equipment and have 2 audio engineers in the band with years of experience creating the best sound for challenging spaces.

Access to power if we are setting up sound