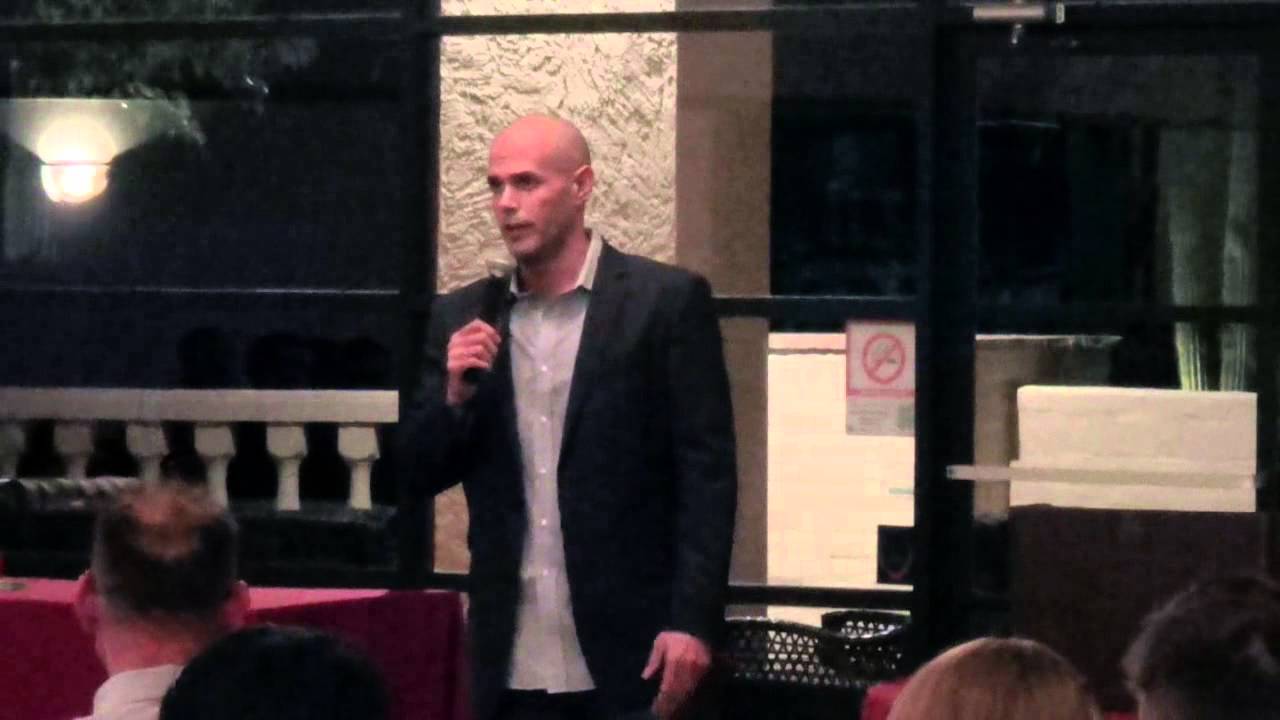 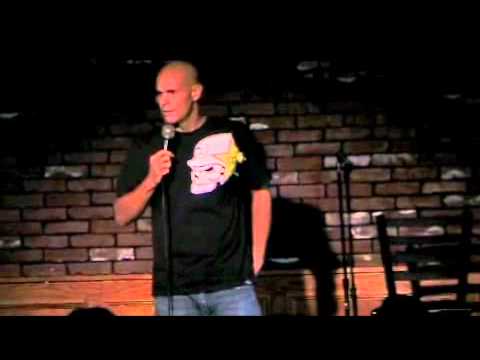 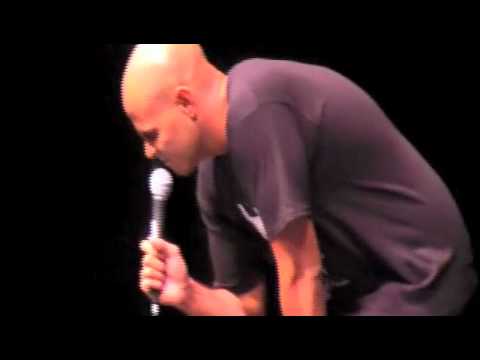 Live at Tempe Center for the Arts 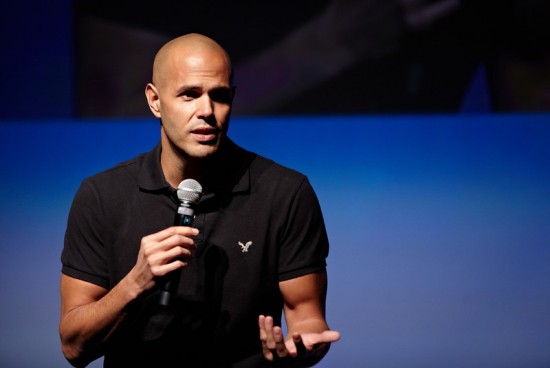 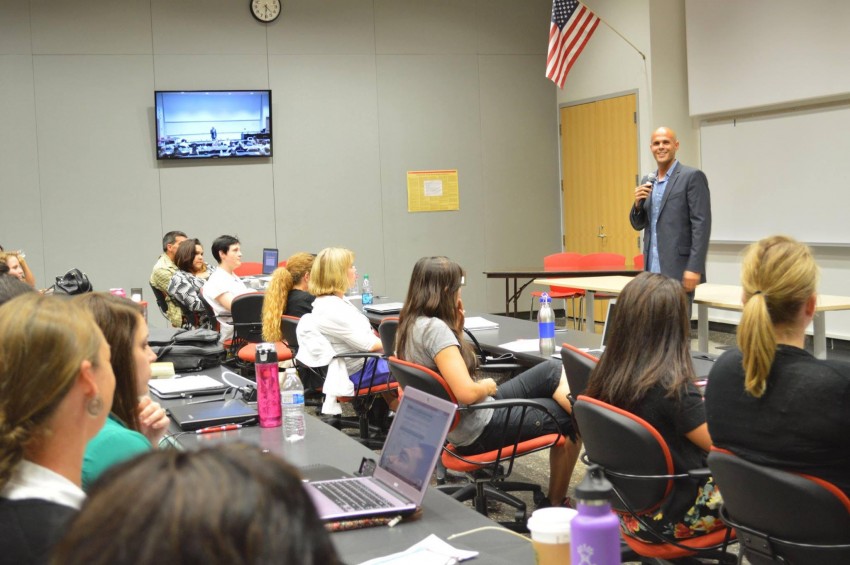 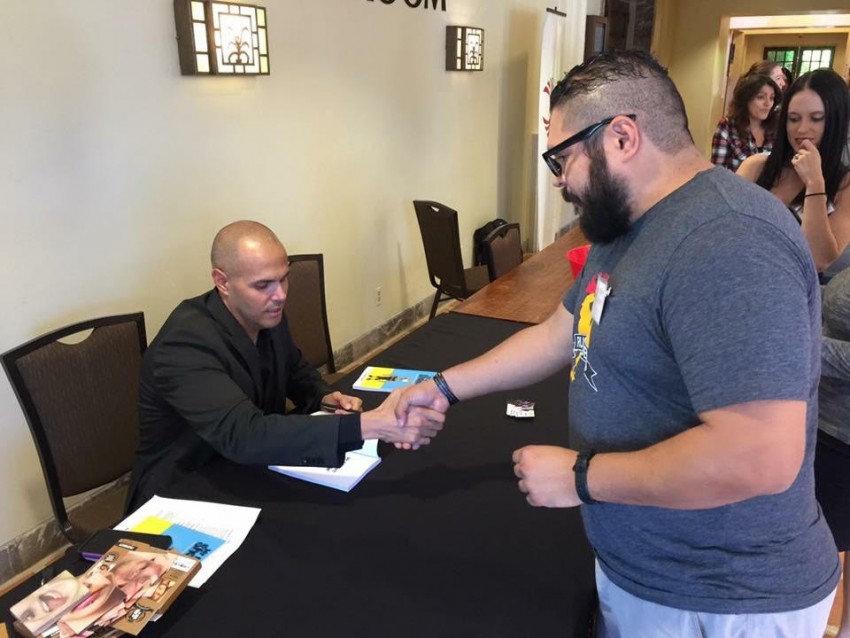 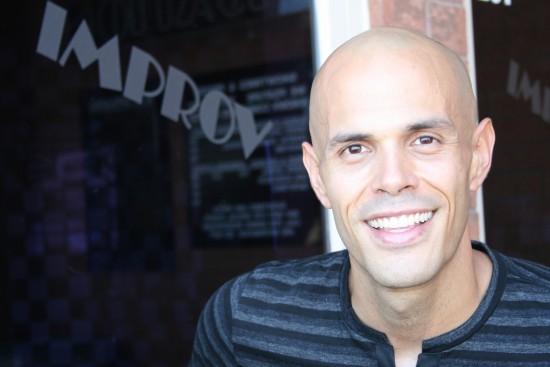 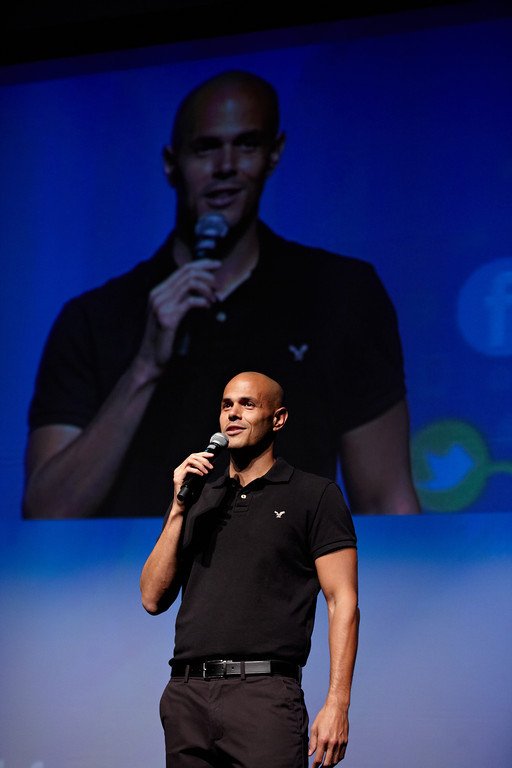 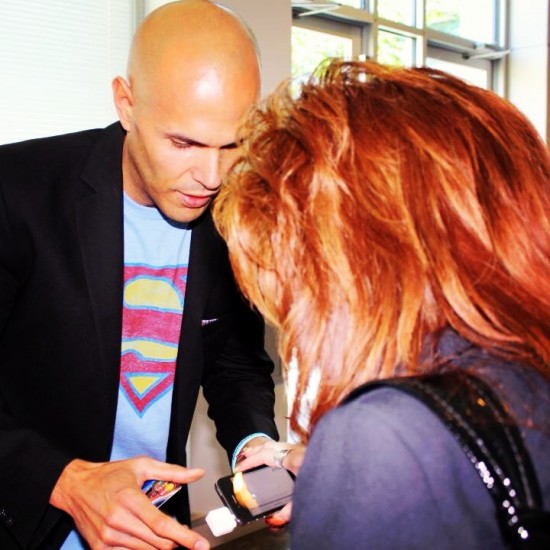 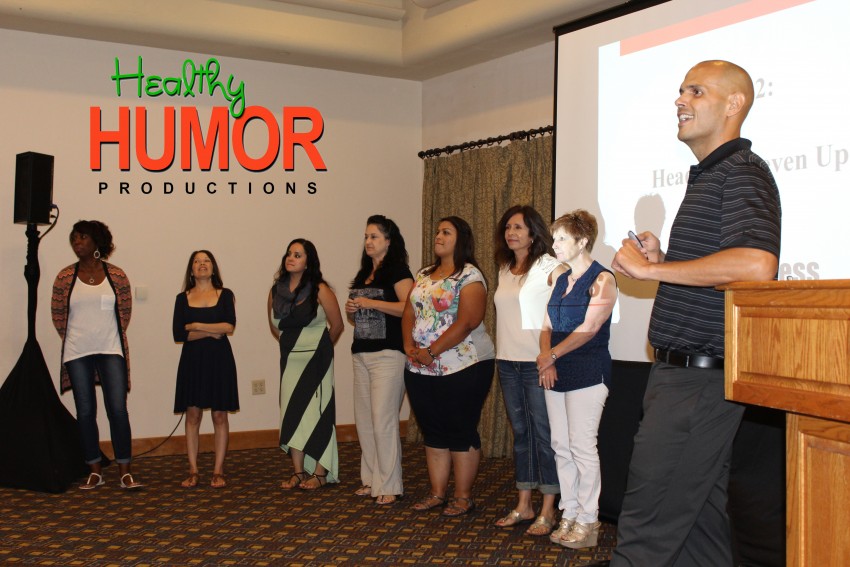 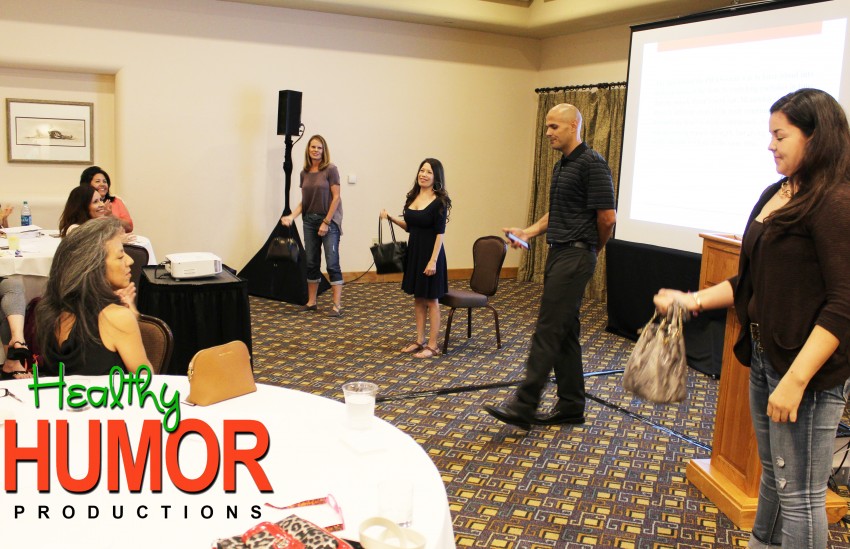 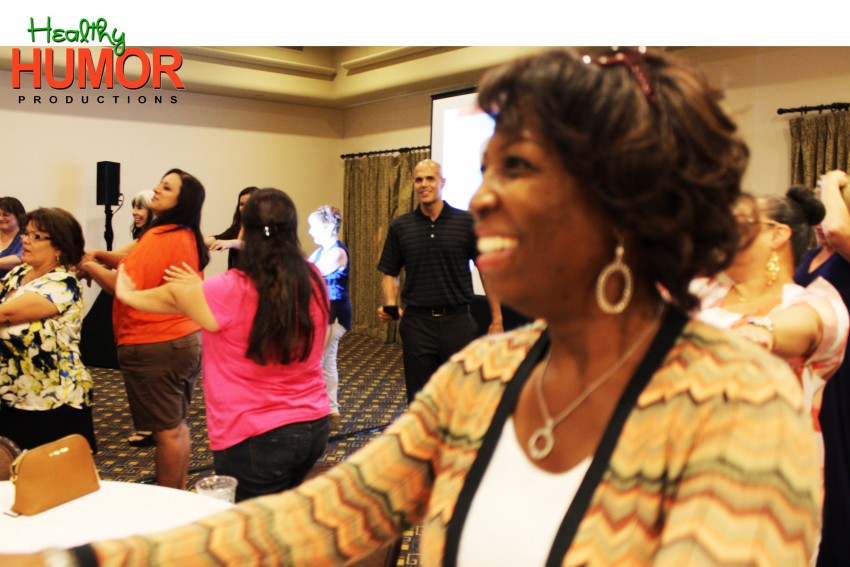 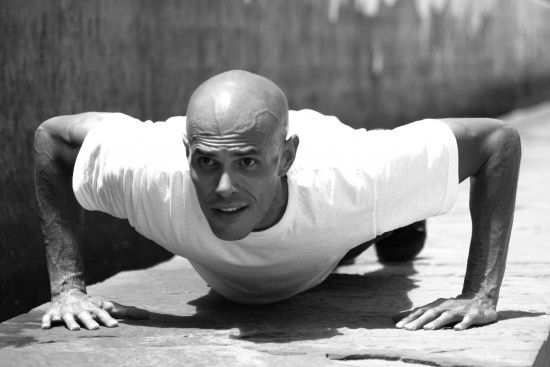 Robby Wagner is a world-class corporate comedian, health humorist, and inspirational personal wellness author who offers entertaining programs for companies and organizations all across the country. With an unmatched brand of clean humor, Robby brings more than just comedy entertainment to businesses and organizations. His most popular program, "Sweatiquette", (a health humor and interactive game show) has been seen by hundreds of organizations, including: professional corporations, associations, military programs, government agencies, colleges, and even cruise lines. His company, Healthy Humor Productions, also offers stress management, team building, coaching, and humor keynotes.

Thank you so much for coming through on such short notice, Robby! Our team loved having you host and entertain at our event. For anyone looking for a professional who is fun and motivating, he is your guy! He was hilarious, energetic, and kept everyone happy! Many thanks from our team to you!

Wow! I'm so thankful we had the pleasure of having Mr. Wagner at our event this year! He is a true professional and everyone is still talking about his show. We've had clean comedians in the past who pushed the envelope and I just have to say, Robby was more than just 100% clean - he was absolutely HILARIOUS!! We've already decided we want him back next year. This was our best holiday party yet and we owe it all to Robby. From all of us to you, thank you!

Robbie was a pleasure to watch . Never had attended a similar event I was hesitant but I am to say he was hilarious with inviting humor I look forward to see him perform again .

Whenever he does a show, Robby can always keep the room full and laughing. Whether you're an old friend or know him around the gym or simply want to join the fun, Robby's comedy shows can always make you laugh about the little things we all see in life. With words of encouragement in the gym and tales of humor in his shows, Robby Wagner is a great person overall. I'm always looking forward to his next show or boot camp session.

Robby Gets Standing Ovation in Tempe

I was fortunate to see Robert Wagner's comedy act in Tempe Arizona on November 7,2014. There was a capacity crowd, and the performance was outstanding. I liked his style about telling stories that were funny about growing up, the old neighborhood, and friends and family like David Brenner, and Danny Thomas used to. He also had some one liners in the style of a Jerry Seinfeld. In addition, he got the audience involved since he knew some of us from the gym. My girlfriend described him as having a magnetic personality where people would instantly like him. Over all I would rate Robert Wagner and his performance A Plus. He is a great comedian, Boot Camp instructor, and a genuinely good person.
Since it was his birthday performance, he even gave gifts to everyone in the audience, and yes, he did get a standing ovation.

I got to watch Robby perform as a stand up comedian in a local restaurant. Robby has a strong presence on stage, he could easily capture the audience attention. He is a natural comedian, his script is very simple and believable which makes his jokes easy to understand and relay to. I was laughing through out the whole performance till my cheeks hurt. He incorporates health, sports and nutrition in his show which is a great way to raise awareness through humor.
Finally I like Robby's positive energy, enthusiasm and motivation. I cannot wait to watch him again :)

I had the pleasure of laughing and thoroughly enjoying Robby's show on his birthday. He was so excited to spend his special day with is entourage of fans. He has a grace about him that is natural and with his effortless humor. He has the ability to make his audience laugh through his physical comedy along with his reliability. He comedic topics are very engaging and hilarious. His spirit is contagious and motivating. He uses his own life experiences to build a sense of humor from. Maybe we all should try this attempt? He is such an eager comedian that is clean and non-threatening. Robby is sensational and I am excited to see him in action again.

Went with several colleagues to Robby's Sweatiquette show and every single one of us had a blast. Between the comedy, game show, and squats, the variety kept us laughing and on our toes every minute!

Robby is definitely in his element when he gets on stage! He is personable, engaging, and delightfully humorous! Robby's presence is powerful, positive and his keen insights on life situations combined with his personal experiences makes for an event full of laughs and a refreshing great time!

Too funny! If that's even possible. I've been to many comedy shows but Robby was the first to leave me laughing for days following the show. Great, clean, and extremely entertaining comedy. I absolutely loved it! :)

A Healthy Dose of Hilarity

I have the pleasure of attending Robby's boot camps at the gym, so I already can attest to his knowledge about exercise, plus the atmosphere of fun that he creates with all of his classes. Even when the participants are dripping with sweat and getting weak in the knees, Robby says a motivating word and it reinvigorates us. Robby has a natural charisma and charm with people of all types. He appeals to the person who is just starting on their health journey to the hardcore exerciser. He is simply interested on allowing people to perform their best by balancing exercise, nutrition and humor.
Yes, humor is a staple in all of Robbys classes and speeches. I attended a special comedy show and "Sweatiqutte" performance and was out of breath with laughter (much like the feeling after a boot camp). it was a perfect mix of pure comedy, and using the game show format to teach people about health, nutrition and exercise. I highly recommend Robby to anyone who wants to be healthy and happy!

Review by Anders B.

Mr. Robert Wagner is an outstanding funny and clean comedian with integrity. He is now on our roster for future cleancomedyclub.com event! Laughter 100% guaranteed! He is a 5 star performer.

I have worked with Robert Wagner on several events and he has always shown himself to be a complete Pro in every aspect as a comedian.
His comedy and timing was spot on, his material clean & hilarious,
and his delivery was smooth. He can create rapport with his audience nearly as quickly as he opened his mouth.

He is totally dedicated to his art and he continues to amaze me with the sheer numbers of shows he does in any given week.

Attendees can expect an energetic and positive comedy presence whenever Robby performs, speaks, or leads a team building activity. His presentations are captivating and commanding to engage audience to not only listen but to motivate and challenge them to be happier in their own personal lives.

Event planners can expect Robby to stay in touch before an event, gather as much detail and information to make the event memorable and successful, and to always show up early to the event to make sure everything is ready for showtime.

Robby Wagner is a corporate comedian, wellness humorist, and entertaining fitness author. With his unique humor and captivating storytelling ability, Robby brings more than just comedy to organizations and groups by offering humorous "edutainment" with his professional expertise and background in comedy, exercise, and wellness.

With a deep passion for both humor and health, he decided to take his comedy career further and start his own company and brand, Healthy Humor Productions, where he offers comedy educational performances, humor keynotes, team building, and game shows for companies, associations, military, and college/university events.

Robby offers several health humor programs. The most popular and highly acclaimed is his "Sweatiquette" program, which is both a comedy performance and an interactive game show with prizes, squats, and giveaways. Attendees get the joy of an energetic comedy performance and participate in a fun trivia show that will be talked about for weeks after the event.

Robby has had more than 1,500 professional comedy appearances throughout the U.S. and Canada. Today, his company, Healthy Humor Productions, strengthens staff and company morale through clean comedy entertainment, inspirational message, laughter, team building, and interactive game shows with prizes. He is one of the leading corporate comedians and inspirational speakers in the country today for his positive and motivating wellness presentations.

Bring him to your next event and give everyone the gift of laughter and inspiration for an empowered, healthier, and more joyful outlook on work and life.

"I am so happy with my decision to hire Mr. Wagner for our corporate event. From the time I requested information via email to the time he finished up his show, he was a true professional. Robby’s stand-up comedy was a slam dunk! His audience could relate to all of his material which made it even funnier. He had the whole room laughing continuously throughout the night. In fact, we are still laughing about it to this day. We look forward to working with him in the future. Thank you Robby!"
- Misti Stone, Project Coordinator
New York Community Bank

"Recently, we had an opportunity to have Robby Wagner come and share his inspirational & comedic talents with our practice. I can say that I have never laughed so hard or for so long. It was exactly what our team needed. After 90 minutes with Robby, my team felt motivated, invigorated and ready to take on whatever challenges came their way!"
- Michael Austin, SAE
Southern Arizona Endodontics
"A Raving Fan!"

"Robby Wagner was a hit! He is a confident and funny performer. His material was appropriate, creative and he had the room continuously laughing. He is a true professional!"
- Laura McCree, Administration Professor
U of A College of Nursing

"Robby's one of the best of a group of self-censored comedians who work clean and are still funny! What's more, he uses his comedy as a healing balm for the ills of society. It's a rare gift to be able to make an audience laugh as they consider a serious, social problem. Robby Wagner has that gift."
- Mark Anderson, Owner Improv Comedy Club Theaters & Television Producer

"Robby and his crew were awesome! Extremely relatable to everyone in the audience and made for a great night for the entire squadron! Would definitely recommend him to anyone who is looking to have a party that everyone will remember.
-Lt. Bradford Shields, Luke Air Force Base

Various stories with funny, laugh out loud act-outs about topics from his life. Topics include: growing up, 80 lb weight loss, gym pet peeves, food, every day stresses and the brighter side of them, dating, economy, and much more.

Sweatiquette Trivia - Fun facts about exercise and nutrition. Engaging entire audience and prizes given. Official Sweatificate of Achievement given to everyone on your team (with prior list of attendees to fill out before the event date).

PowerPoint Screen and Projector (For some programs)