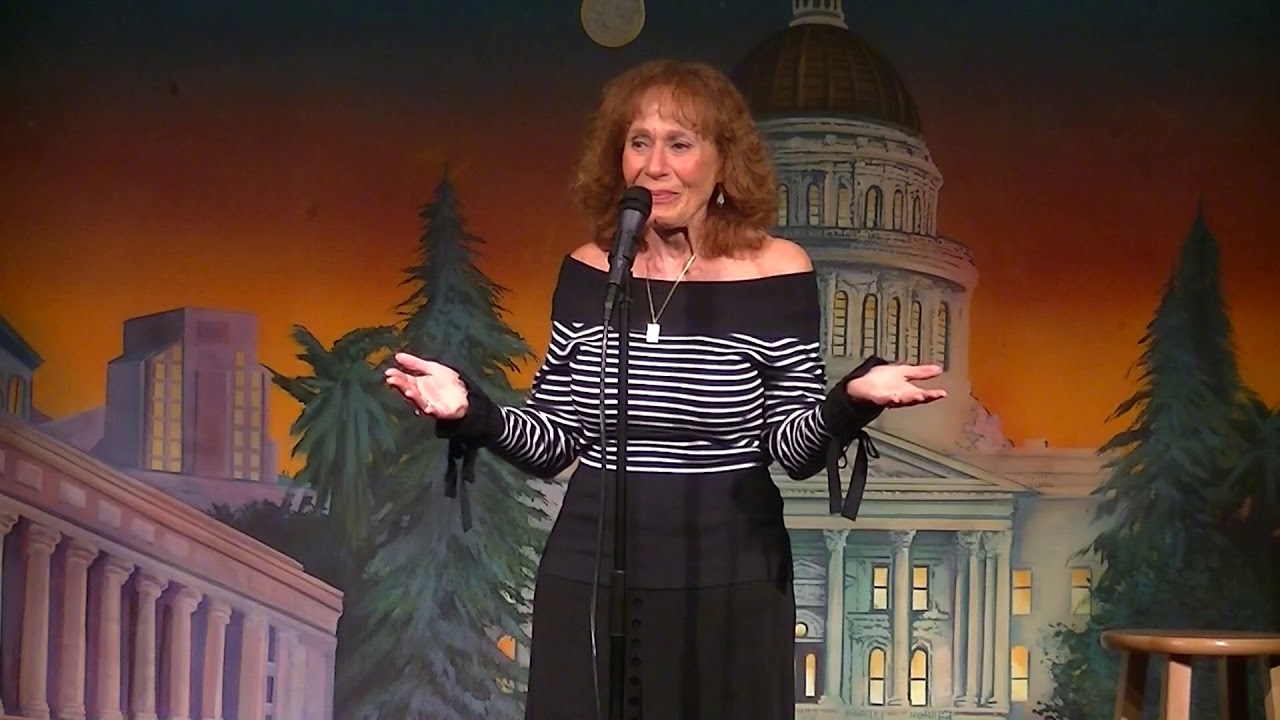 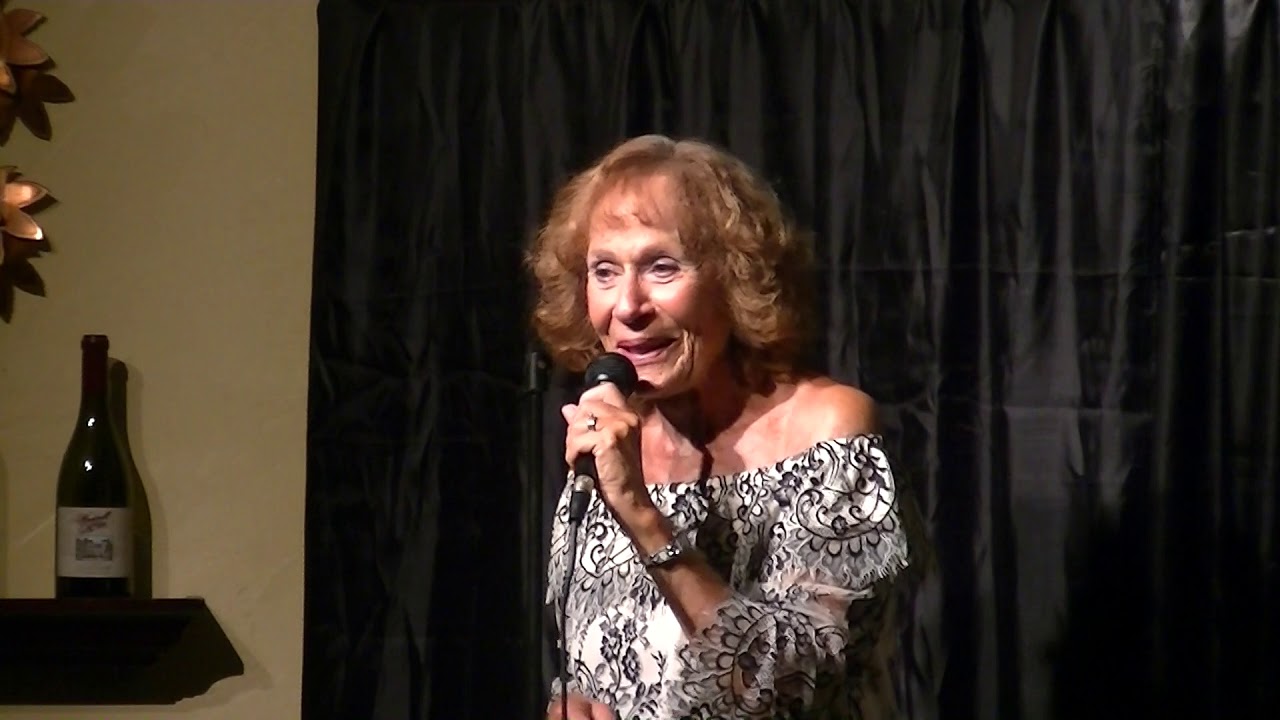 Clip from headline set at a winery 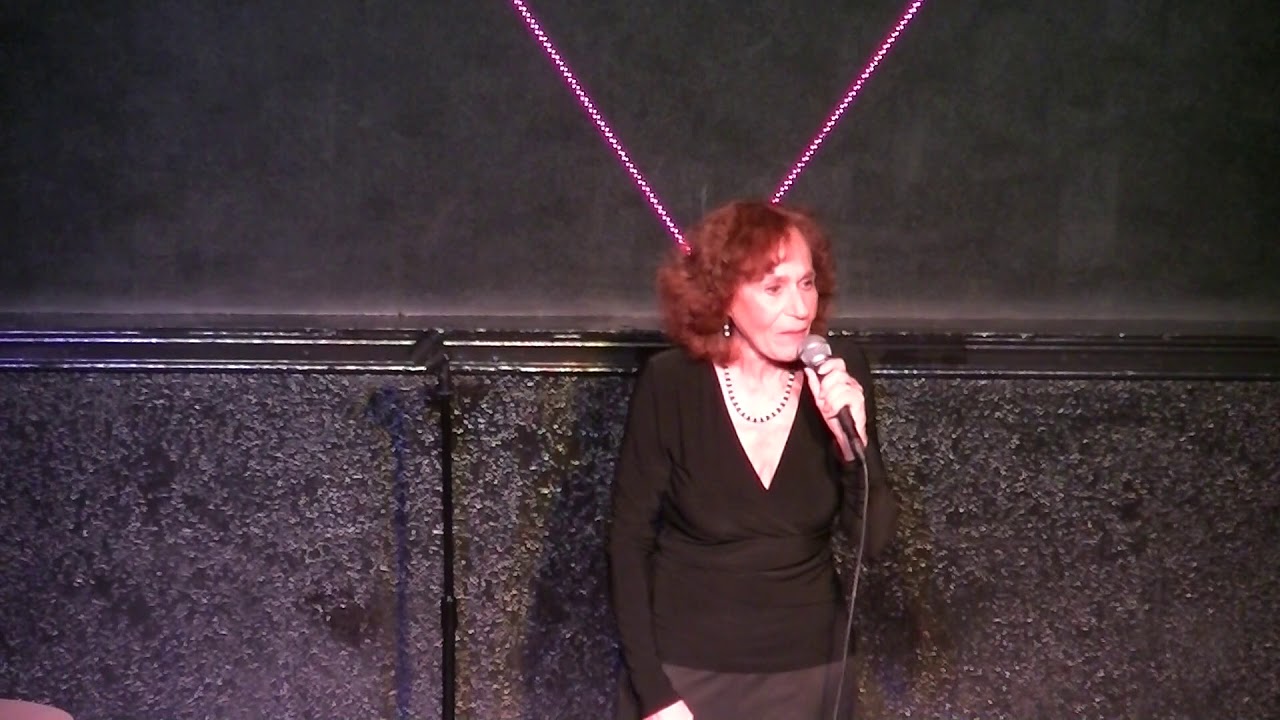 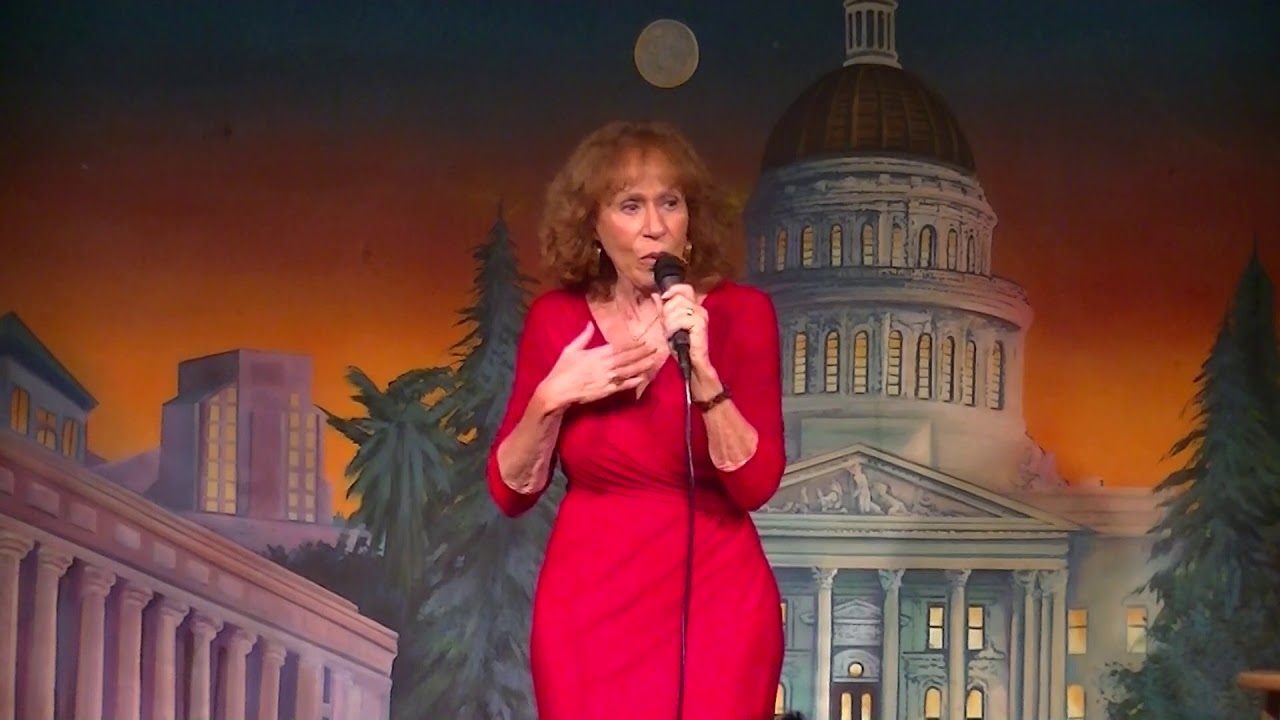 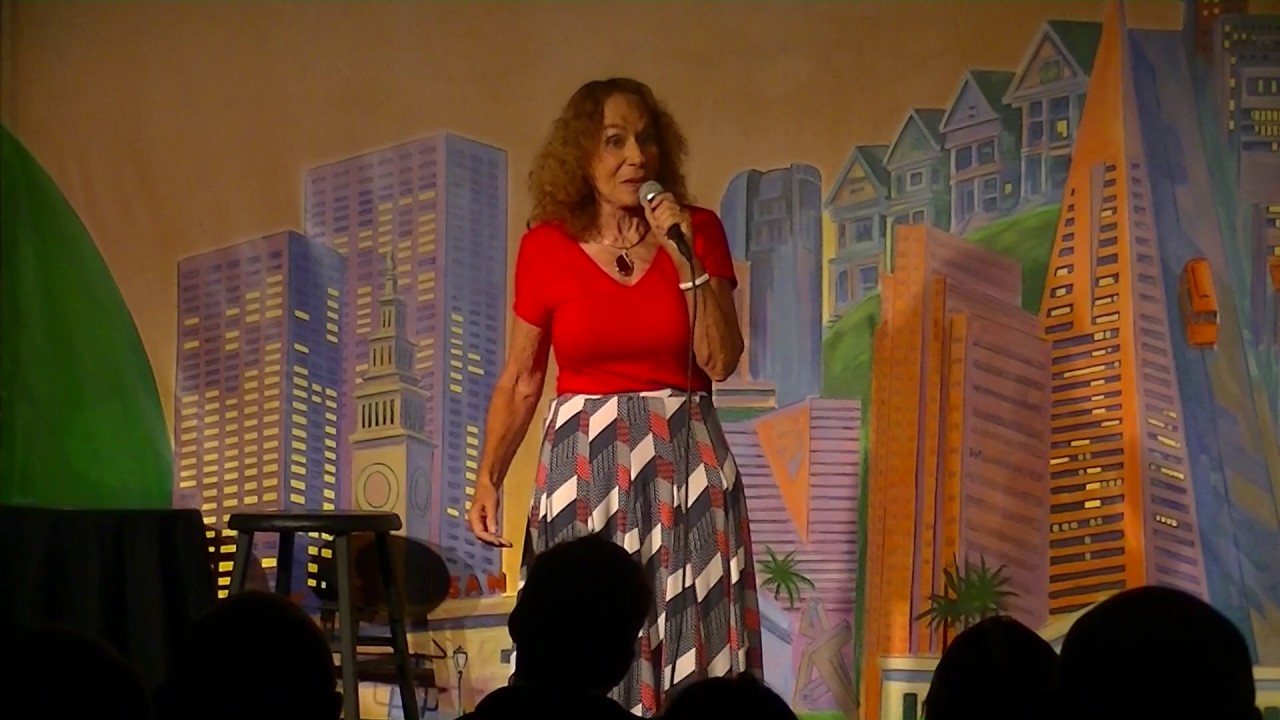 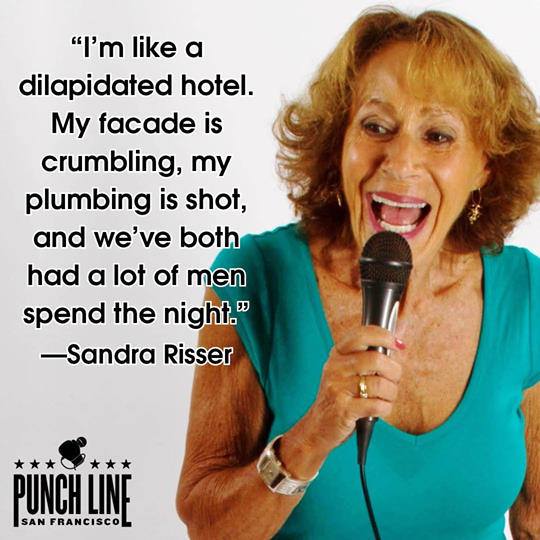 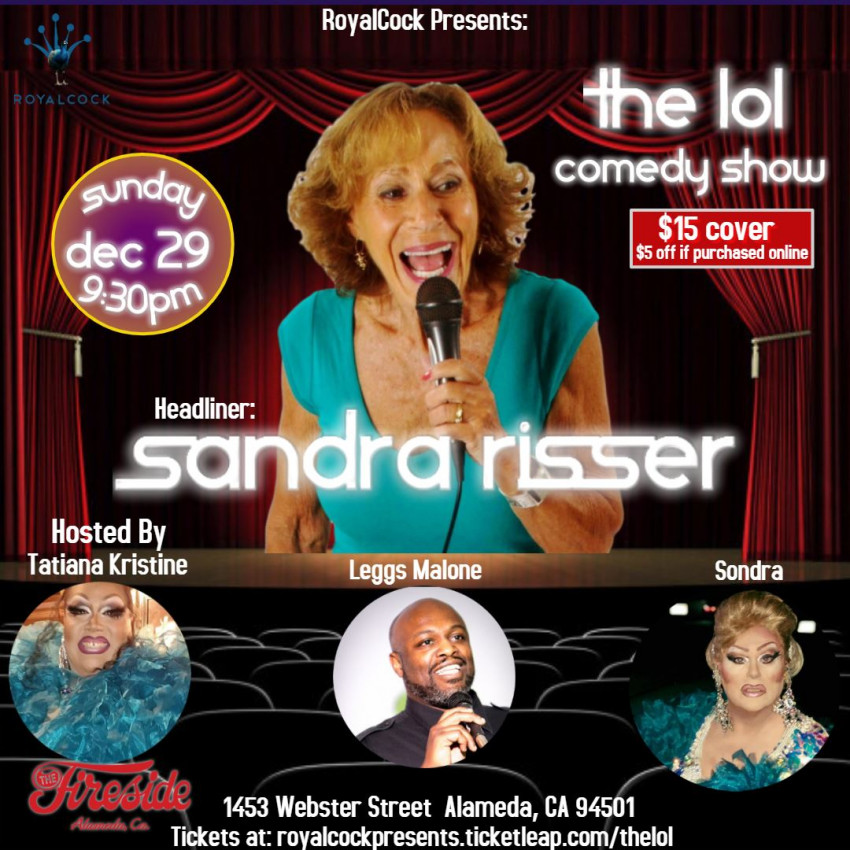 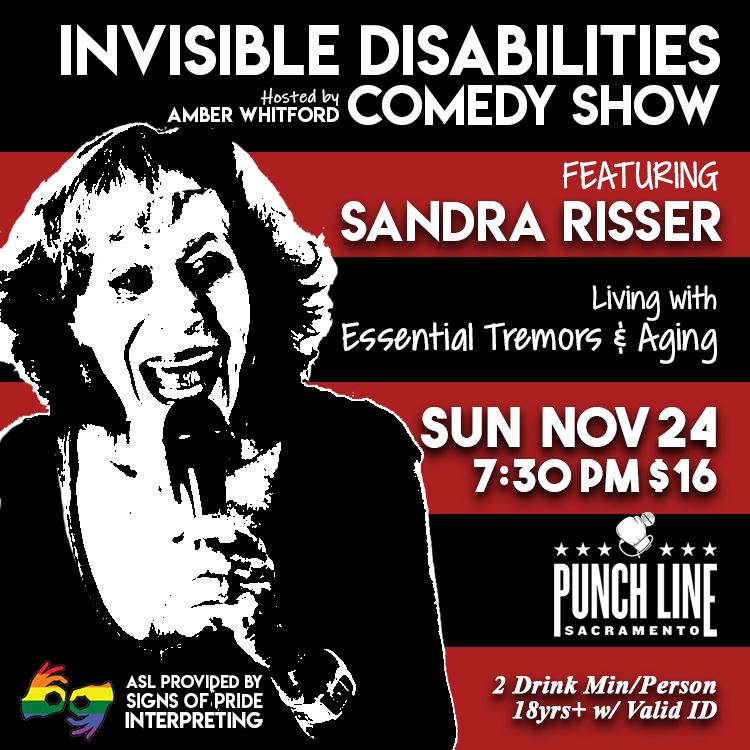 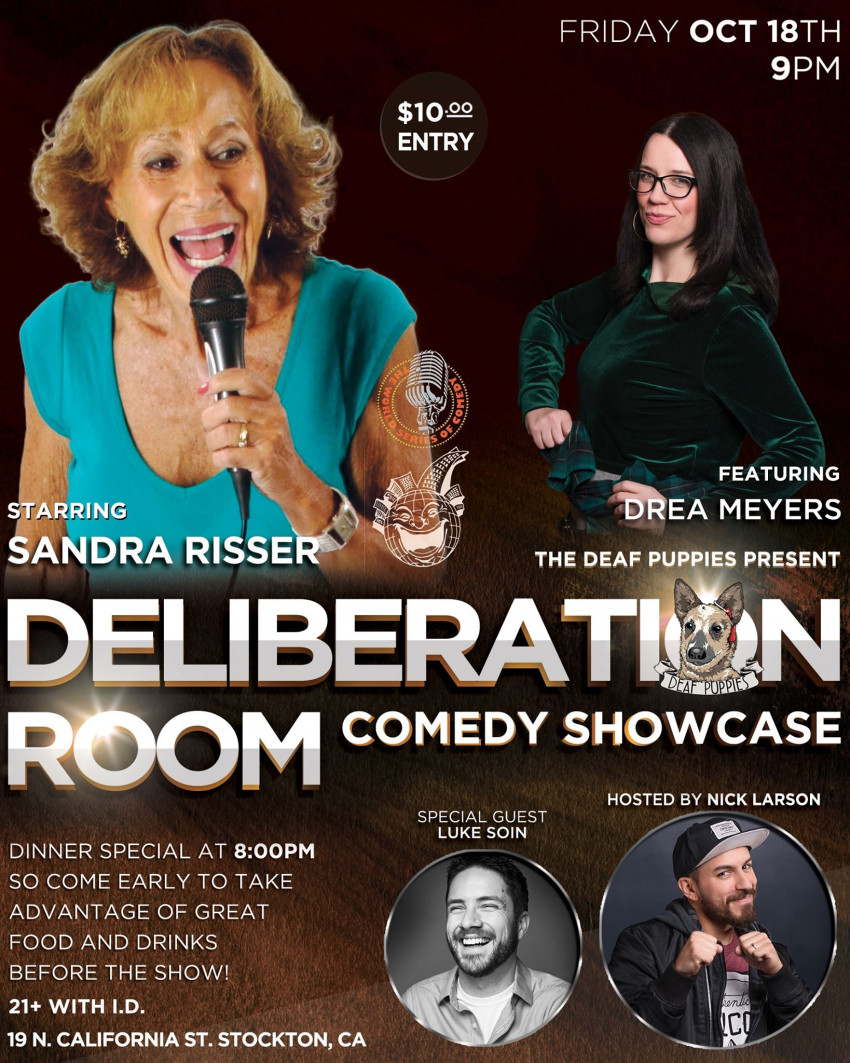 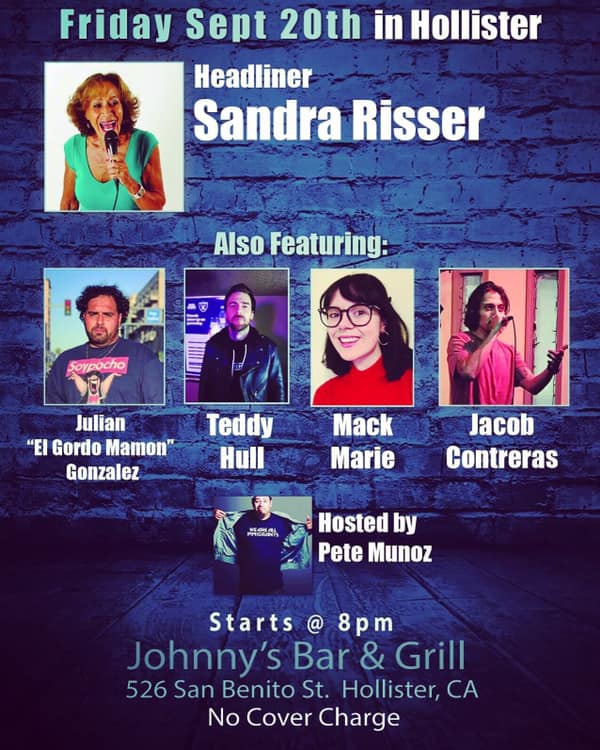 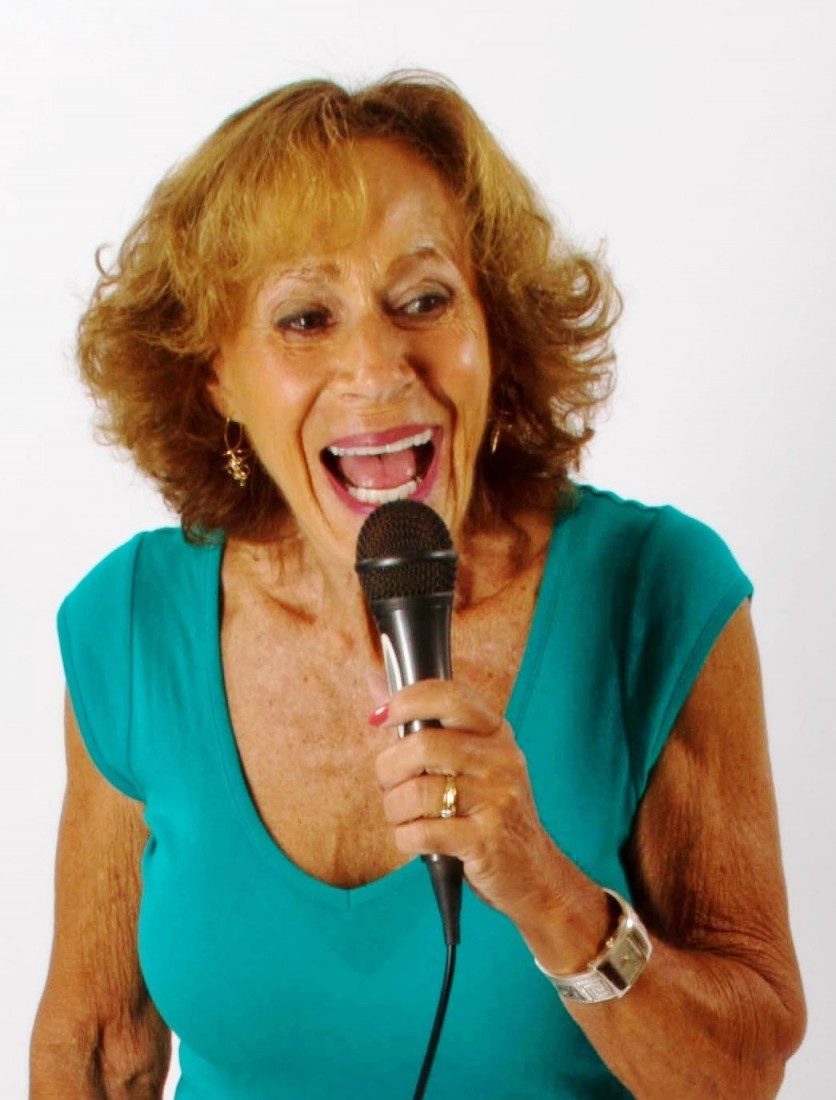 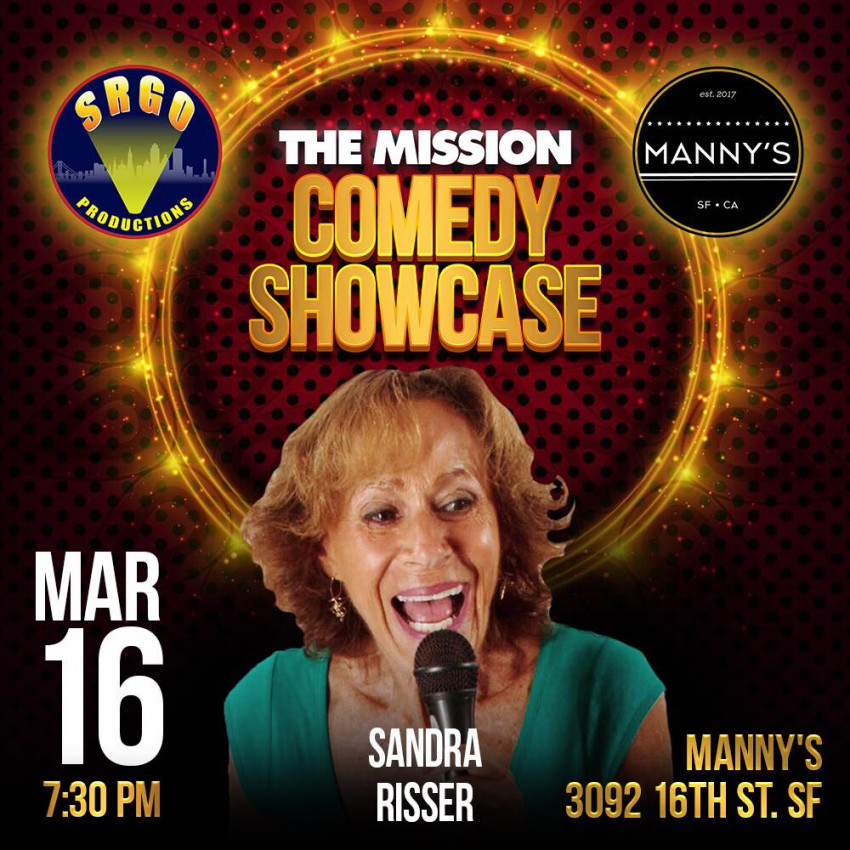 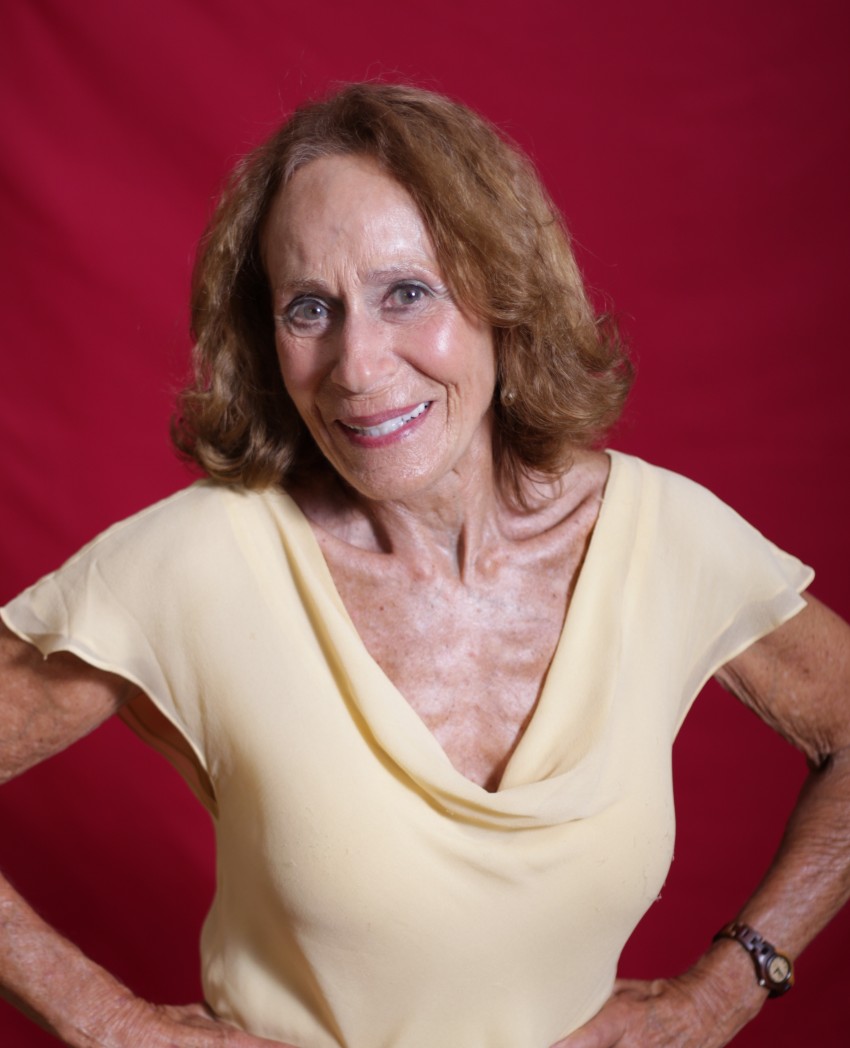 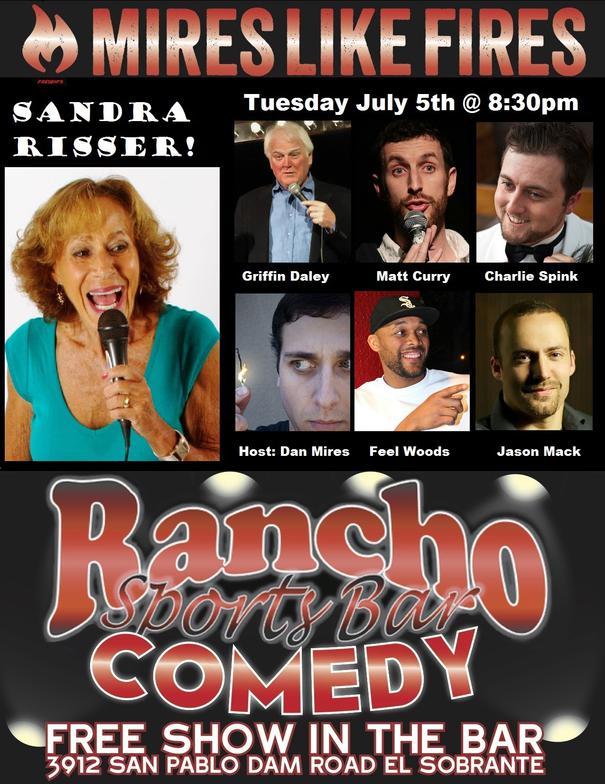 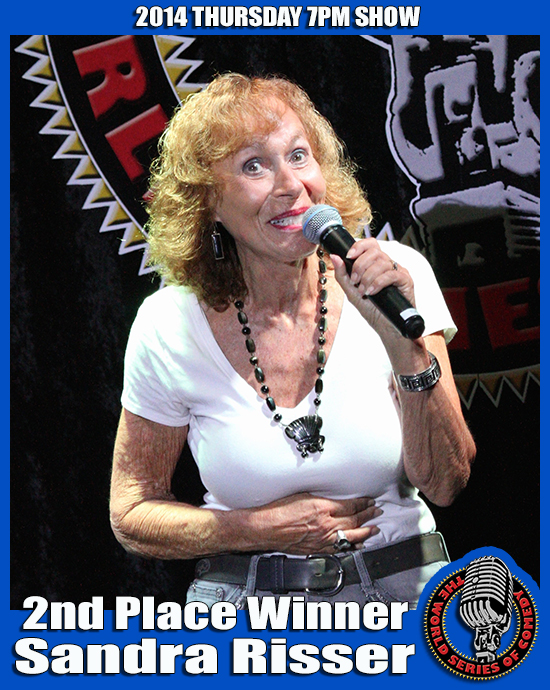 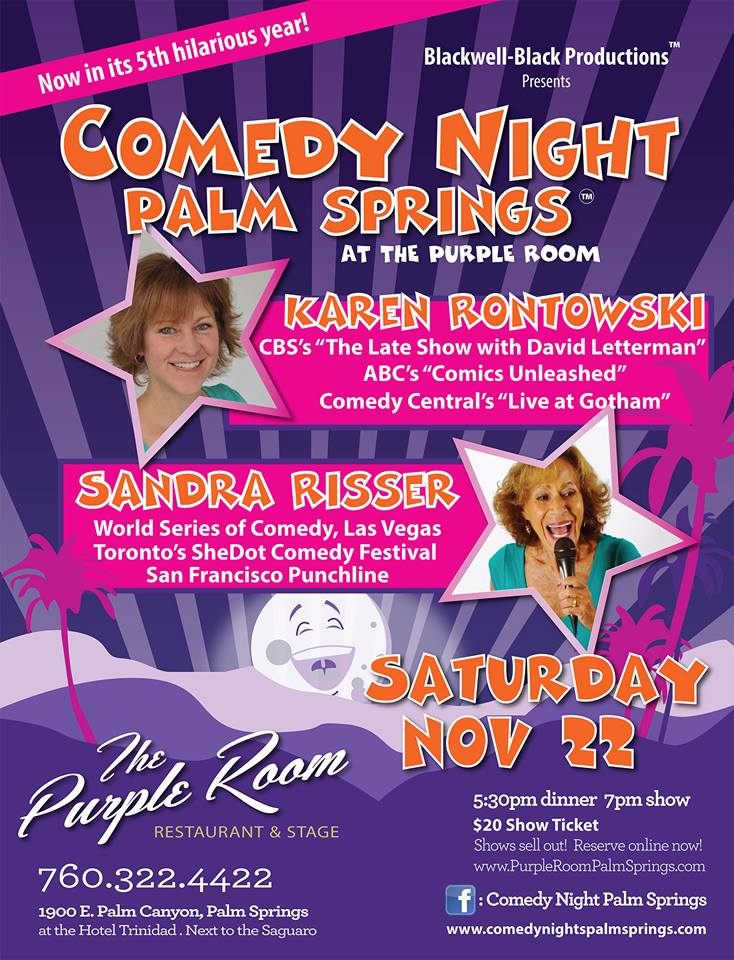 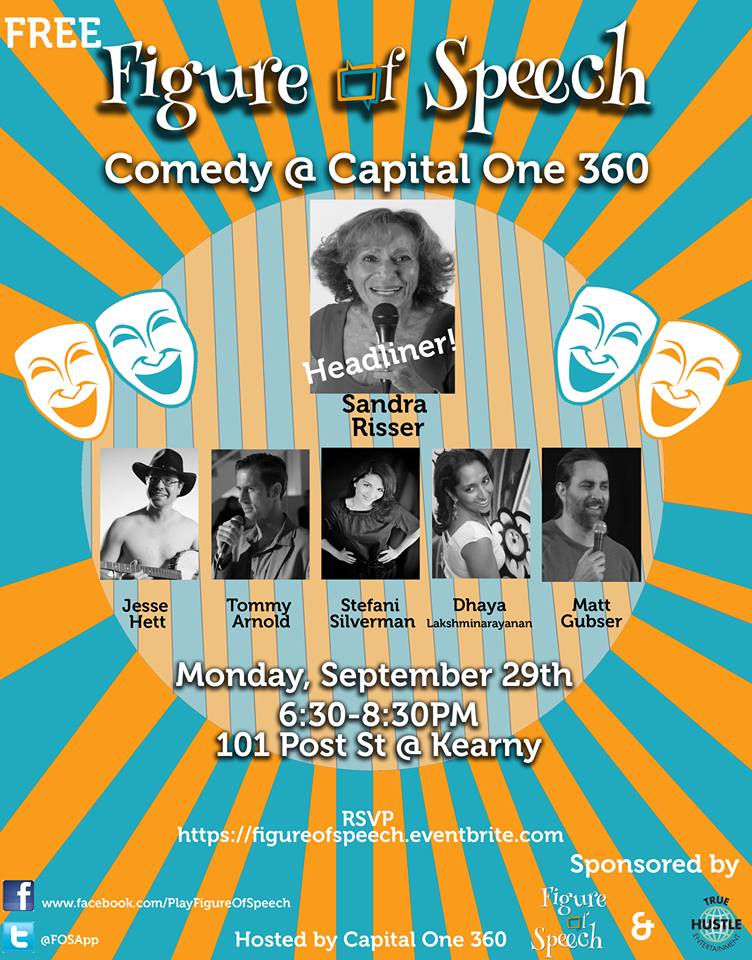 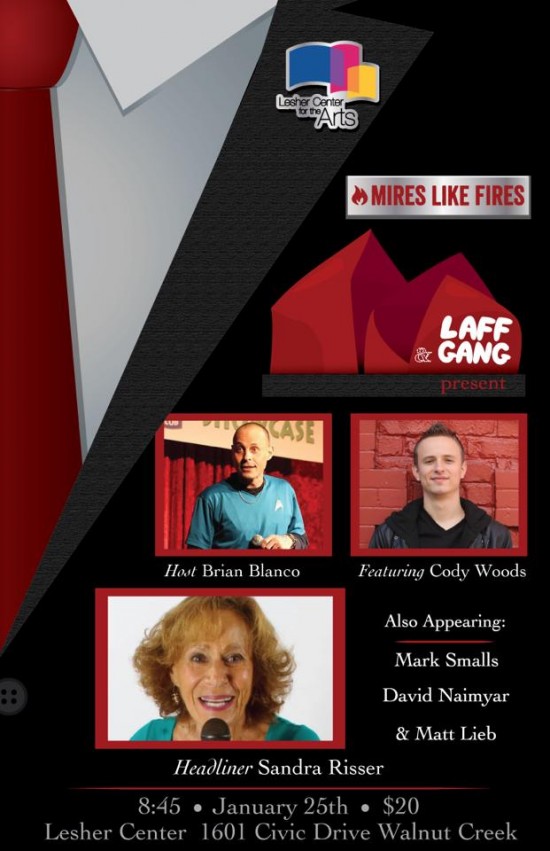 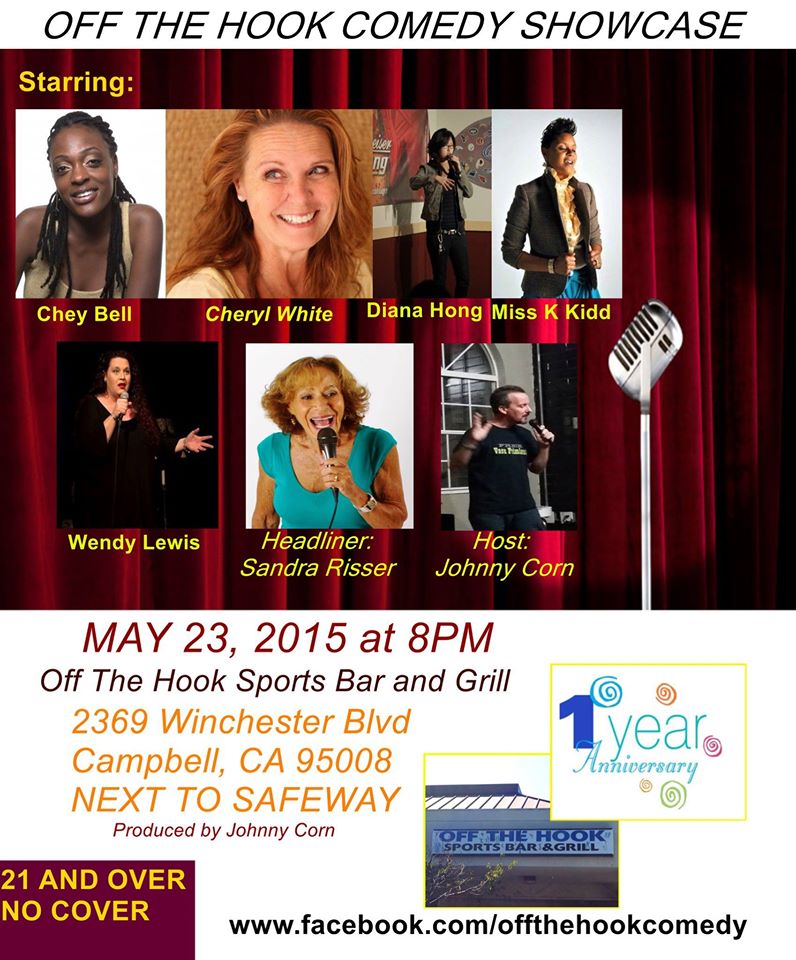 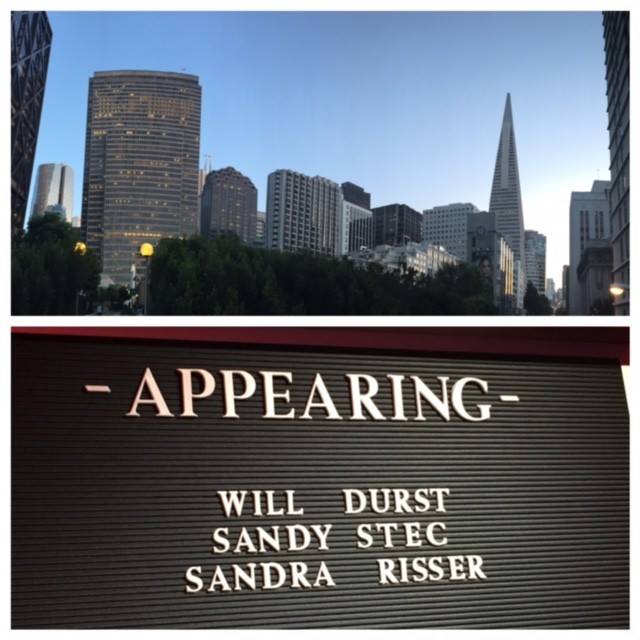 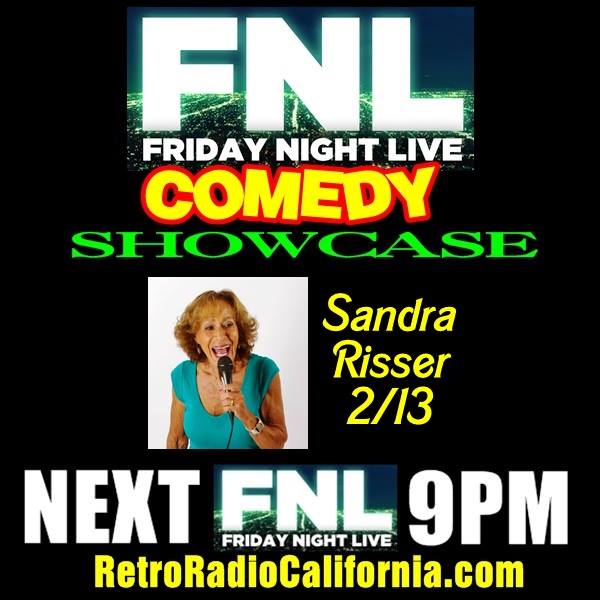 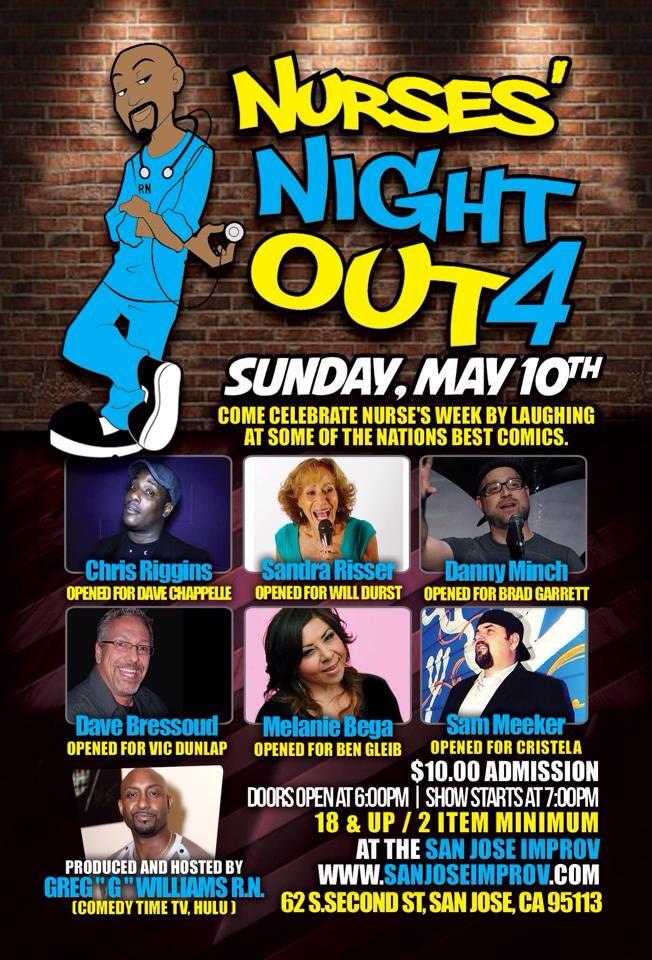 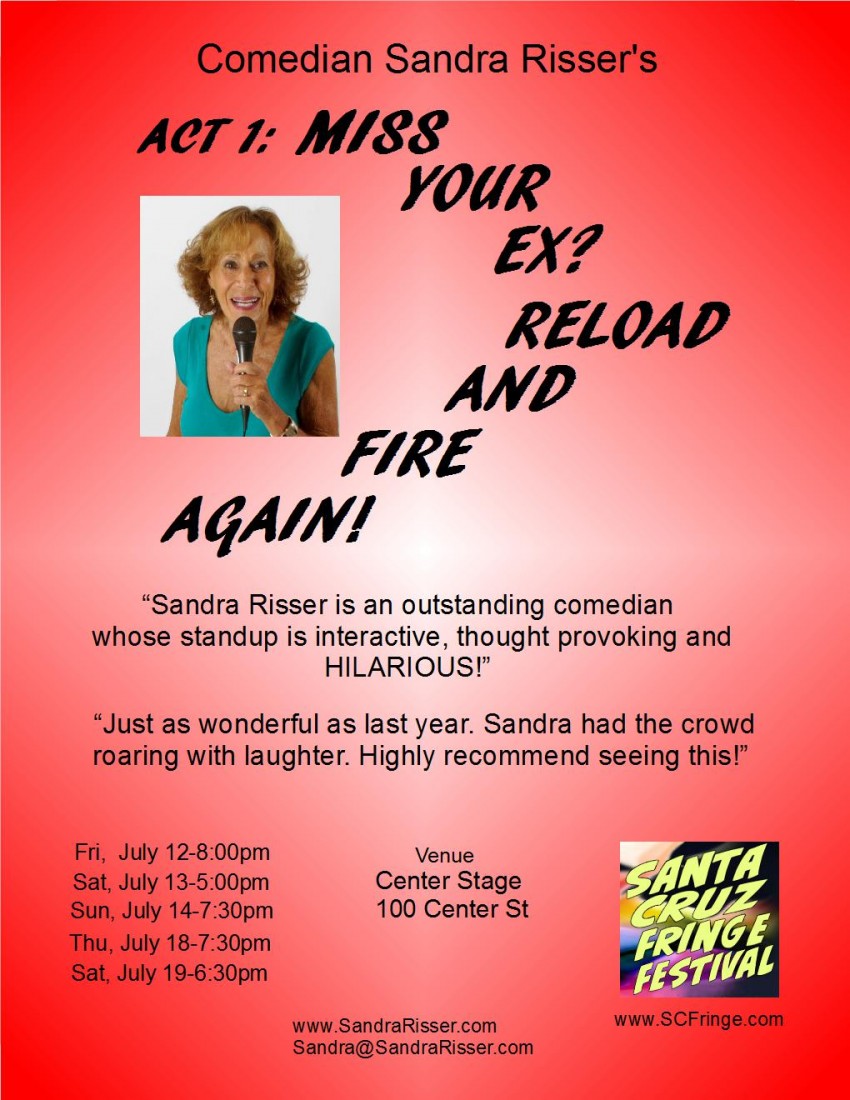 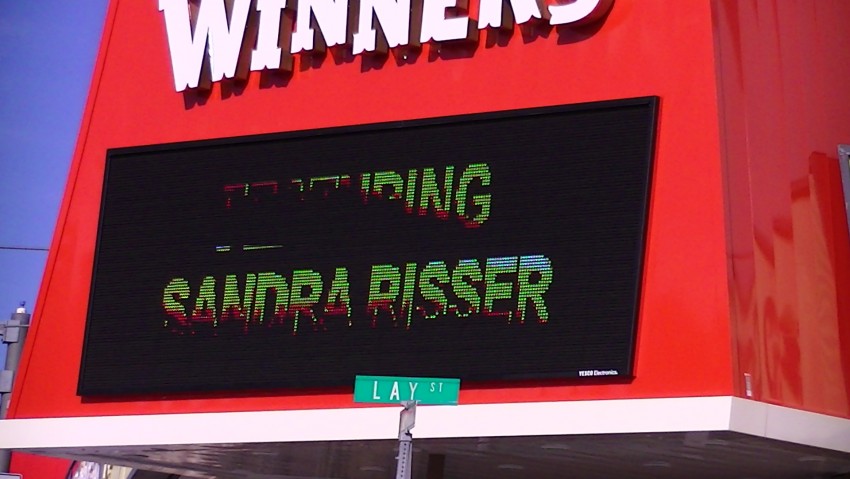 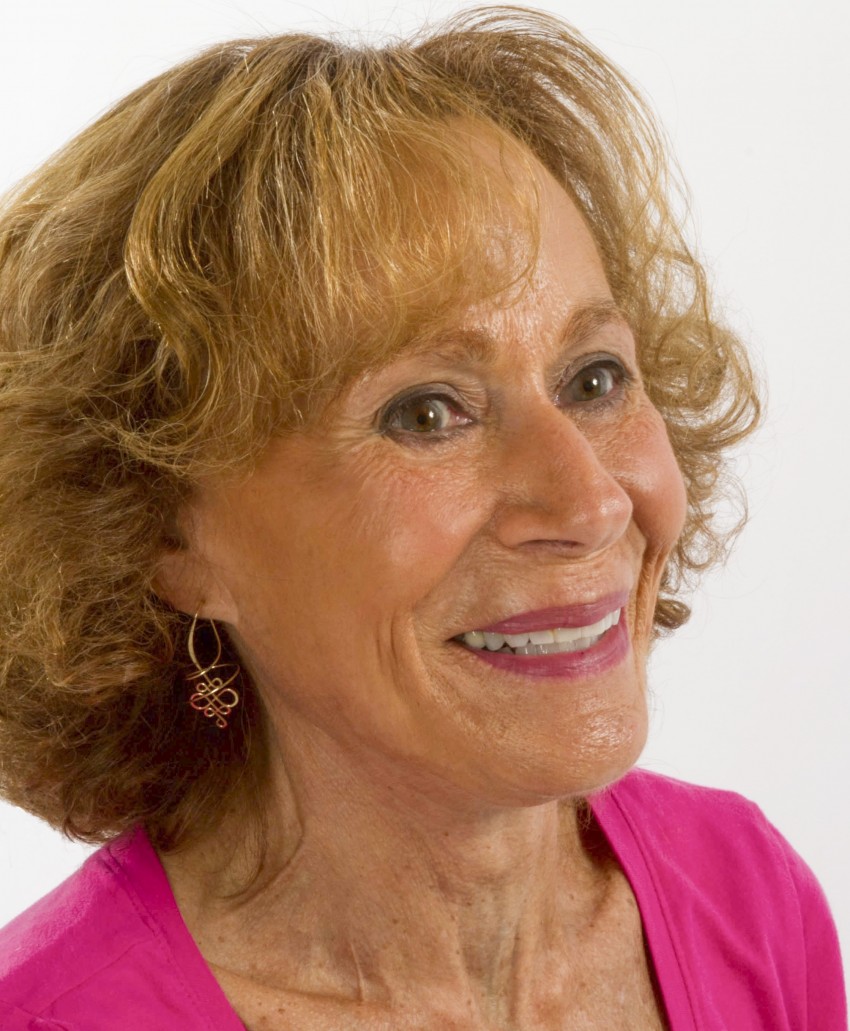 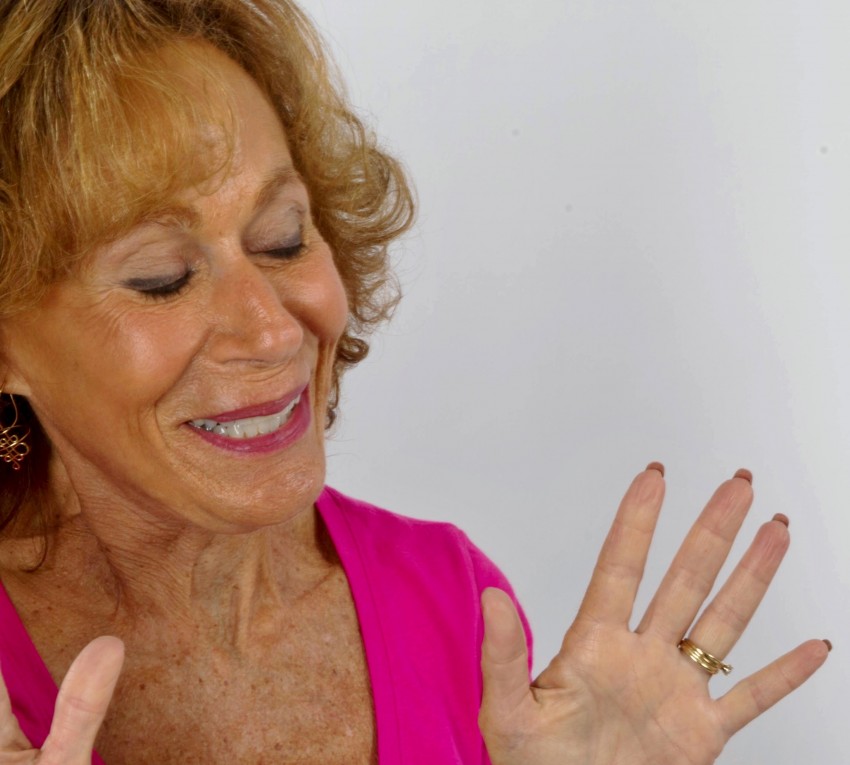 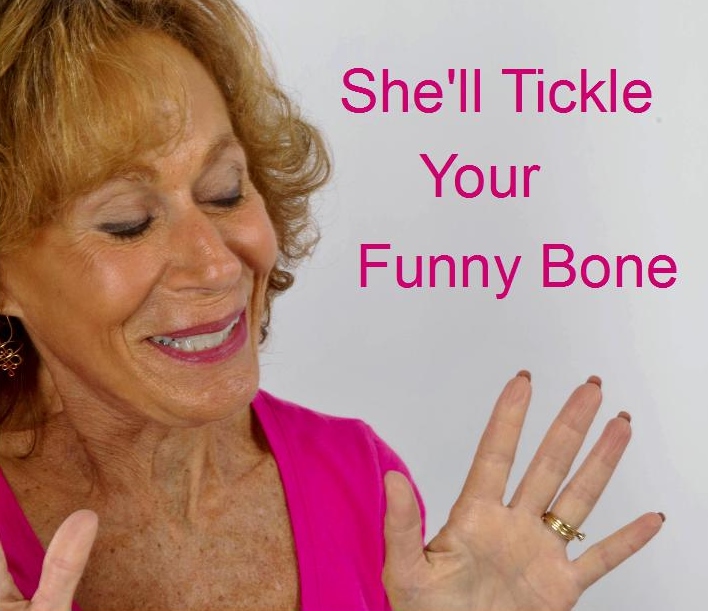 Want a vibrant, energetic, funny comedian; dynamic speaker; experienced actor? Look no further. Sandra brings comedy to private parties, corporate events, military bases & retirement communities. She works at comedy clubs in the Bay Area & across the USA.; was named by the San Francisco Chronicle a Bay Area comedian to watch, was a winner or finalist in 6+ Comedy Competitions & has performed one woman shows in Fringe Festivals in the US and Great Britain. She's an irreverent, clean comedian who relates to all ages and types of audiences whether in a corporate setting, comedy club or bar. As a speaker, she uses her comedic background to inspire & motivate others to "Live Life to the Fullest".

Funny, kind and easy to work with

We had Sandra headline a charity comedy show and she was terrific. She was funny, has a great routine, and was just an all around nice woman. I found her very organized, she was great with follow up and really flexible. She helped secure our warm up acts and both were also really good.

Thank you for your kind words, Bonnie. You too were a pleasure to work with.

My husband turned 50 years younger. Sandra Risser was the comedian of the hour for his celebration. We had approximately 50 people attend; and she had everyone laughing throughout the night!!! Sandra Risser personalized the comedy for my husbands celebration and even offered and was the master of ceremony. Thanks to Sandra, everyone including me, was able to easily sit back, enjoy and laugh the night away. We can't thank you enough! Thank you! Thank You!! THANK YOU Sandra Risser!

People asked me how I found you, so I referred them to Gig Salad.

Thank you, Dianna, for your kind words. I appreciate knowing I brought laughter to everyone. Wishing you and Carlos many more happy and healthy years together.

Sandra communicated well in planning, showed up on time, provided all equipment—ready to go! Entertained for an hour with witty and “risqué” jokes—well received!

Sandra was great! She pulled off the perfect ruse. My wife thought she recognized from years ago!

Thank you so much. I wish you and Cindy many more years of health, happiness and success in all that you do.

Humorous and exciting experience! Sandra had a lot of energy!
Sandra Risser showed up dressed to impress with her own que cards and printed out itinerary on time.
She really caught the curve balls live shows run into and it was appreciated so much so that an audience member tried to give her a rose but she left so quickly she didn’t get a chance to accept or take any food home.
We wish Sandra the best of luck in her future endeavors!

Thank you for your kind words. It was an honor to emcee the Gran Music Awards and to meet so many talented musicians.

We hired Sandra for a corporate awards dinner. She did a wonderful job working the room before her set, and delivered a customized performance that went over great. We had a varied crowd and it went over great. I would 100% recommend Sandra to anyone who wants to guarantee a great evening.

Thank you. It was a pleasure working with you and meeting so many people who obviously like their jobs, their corporation and each other. I wish you all well and hope our paths will cross again sometime.

Sandra was excellent! I live at a nonprofit community for seniors. She knew how to immediately connect with our audience. We have entertainers a few times a month. She has been one of the best entertainers, definitely the funniest! It was wonderful to see everyone laugh! Our residents are critical and everyone had only positive remarks. She was a great choice!

Thank you so much. I appreciate your kind words. You and the residents were wonderful.

Sandra was a delight.

Sandra was a delight.

Sandra Risser is the complete comedian package!
Her irreverence coupled with calm subtle style leads to laughter.
She possesses the ability to craft innuendos that keep you on your feet.
Sandra Risser is the real deal!
Simply put, hire Sandra for your next event.
She will make your guests laugh.

I hired Sandra to entertain at a fundraising luncheon. Everyone congratulated me on my choice of comedian. She had everyone laughing from her first words until her last. It's not easy to find a comedian who's clean and funny. Sandra is both. I highly recommend her. She delivers what she promises.

Sandra was very funny and on it. She interacted with the crowd and got everyone to laugh and have a good time. A few of my guests came up to me afterwards and complimented on having Sandra there. Highly recommended!

I've seen Sandra kill (that's good in comedy) many times on stage.... and it's been in a variety of rooms. (Mainstream comedy clubs, gay bars) That ability to appeal to diverse audiences is a great skill she has. She is also very professional through all steps of the booking process from getting needed materials to you in a timely manner to showing up early for her gig. Trust me, these simple things don't happen that often in the comedy business!

We had Sandra as a comedian for my sister's 50th birthday party. She had everyone laughing until tears ran down their eyes. Working with her was a pleasure. I'm so glad I chose her.

My style of comedy is somewhat edgy yet easy to relate to. The majority of my act doesn't go beyond PG-16, I never use swear words. I never talk about bodily functions or gratuitous sex. Some of my bits are suggestive but leave it up to the listener's imagination. I also am an experienced host and am very comfortable with doing announcements and introductions. Each set is different depending on how long the show is, who the audience is and where it's taking place. I talk some about my mid-West upbringing, differences from when I was young to now, growing up and various other topics I find relevant, odd or have experienced; e.g. getting a cab driver who didn't know how to drive.

Unlike my comedy my talks are more serious. They are geared toward helping people live the life they want to live by letting them know, no matter their education, background or circumstances, they can change their life. They can begin the steps so they can "lead life to the fullest".

When you are looking for a comedian, Sandra Risser is the person for you. When it comes to comedy, she's been called one of the funniest comedians in the Bay Area. She was selected by both the San Francisco Chronicle and The Culture Trip as a comedians to "watch for in San Francisco". She performs solo or can bring an entire lineup of hilarious comics.

Sandra Risser is smart, funny and older than Twinkies! She's eccentric not crazy, drives in the fast lane and claims she can still bench press 500 grams. She believes in the tooth fairy, Santa Claus and clean underwear.

Sandra has audiences laughing from her first words as she pokes fun at growing up in the midWest and surviving the golden age of "sex, drugs and rock 'n roll". She seamlessly includes hilarious anecdotes about her current escapades. In her 70's she's living proof that age is just a state of mind. She's energetic and entertaining – clean and suggestive. As she says, "My jokes are tight. My skin is not."

Sandra is a quick witted, vibrant comedian whose impressive credits include being a feature comedian for the San Francisco & Sacramento Punch Lines and for Cobb's Comedy Club in San Francisco. She features and headlines in comedy clubs in the Pacific and Mountain States, has done one woman shows at the Edinburgh, Scotland; Brighton, England; and Santa Cruz, CA Fringe Festivals. She was in the SheDot Comedy Festival in Toronto, Canada, Antelope Valley $10,000 Comedy Festival and Sacramento Comedy Festival in Sacramento CA. She took 2nd place is the Headline Division of the US Comedy Competition, was a finalist in The World Series of Comedy Main Event in Las Vegas NV and is the winner of Funny Fest, Killer Laughs, Go Baby Productions Winner Take All and Battle of the Sexes Comedy Competitions.

Using self-deprecating humor, Sandra builds a unique bond with the audience as she shares stories about her own journey from youth to young adult to middle aged and beyond. She is an inspiration to those who see her perform. When people leave, they know they've seen a unique talent and that "age is just a state of mind".﻿

In both comedy and speaking, Sandra builds a unique bond with the audience as she share stories about her own journey from youth to young adult to middle age and beyond. She continues to live her life to the fullest. Whether she's using self deprecating humor doing stand-up comedy or being more serious when giving motivational seminars, she is an inspiration to her audiences. When people leave, they know they've seen a unique talent.

Just a mic, a stool and a place to stand is all I need

Each set is different depending on the length of the show, the age & make up of the audience and the venue. I talk my mid-West upbringing, differences from when I was young to now, current events and other relevant, odd or interesting topics; e.g. an activist who thinks it's discriminating against blind people not to allow them to have guns to defend themselves.

Sound system and microphone. I can bring these if they are not available.

Great suggestions. You made me think my objective, my dream, is achievable.

"Love your unique and very funny slant on life."

"I've known Sandra Risser for YEARS and I can honestly say her stand up comedy skills are AMAZING. Her timing is quicker than Ali's jab and her playful abuse of her age is HILARIOUS! BOOK HER!"

"You were so good. I reserve my belly laughs for special occasions. I was dying. Couldn't have come at a better time. I sat down for the first time all day and caught your set.

"...We laughed all the time and left feeling delighted, cherished and having seen someone original, honest and funny."