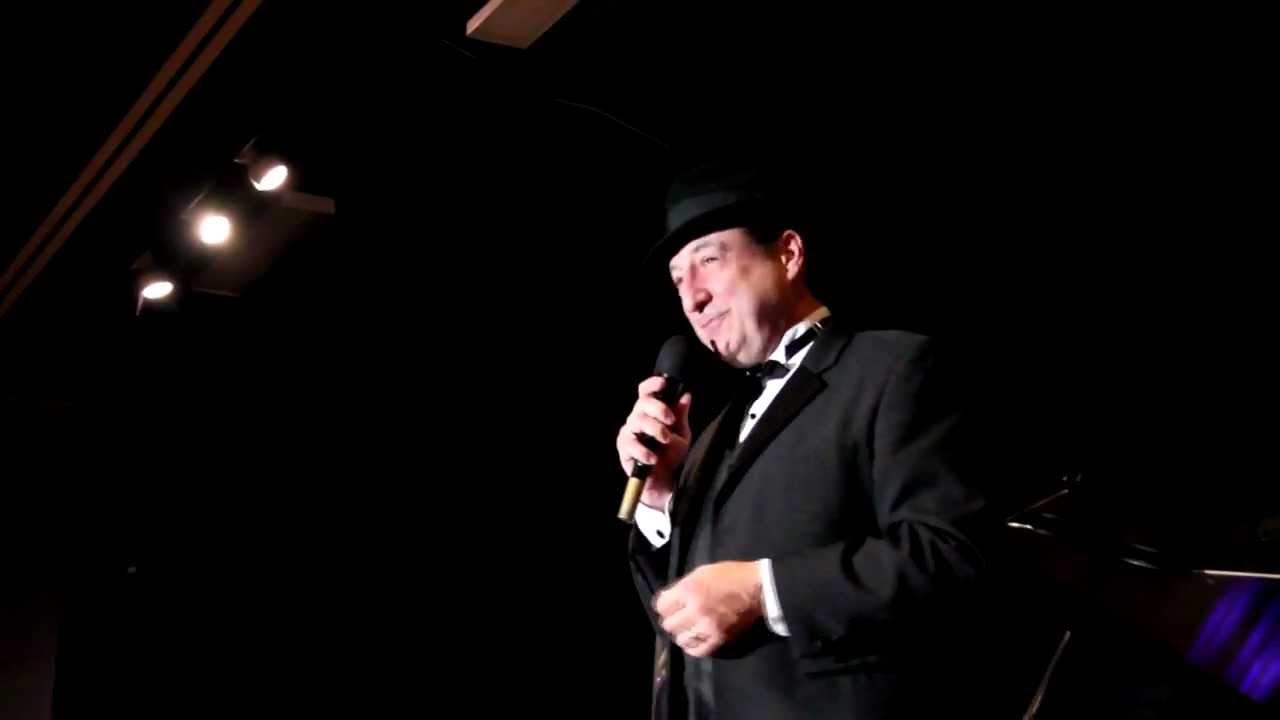 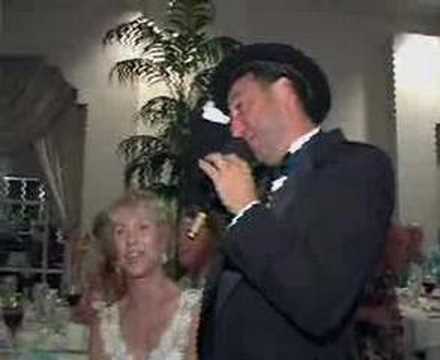 Rob Satori Sings the Rat Pack in One Song! 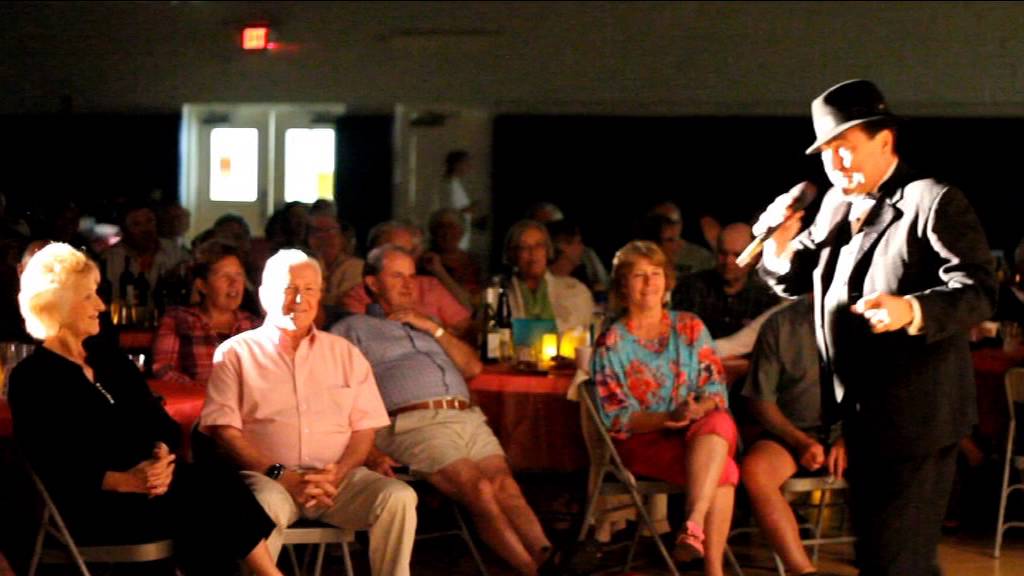 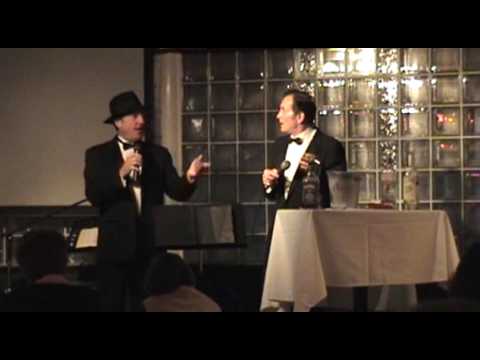 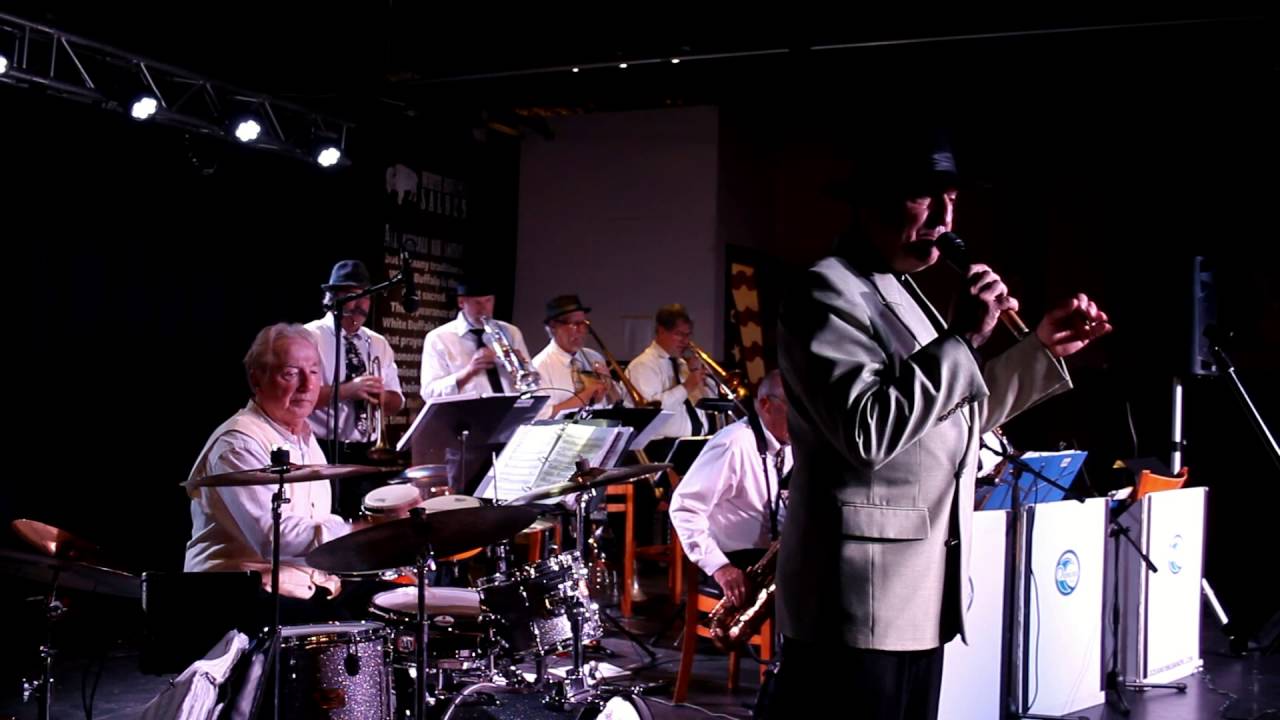 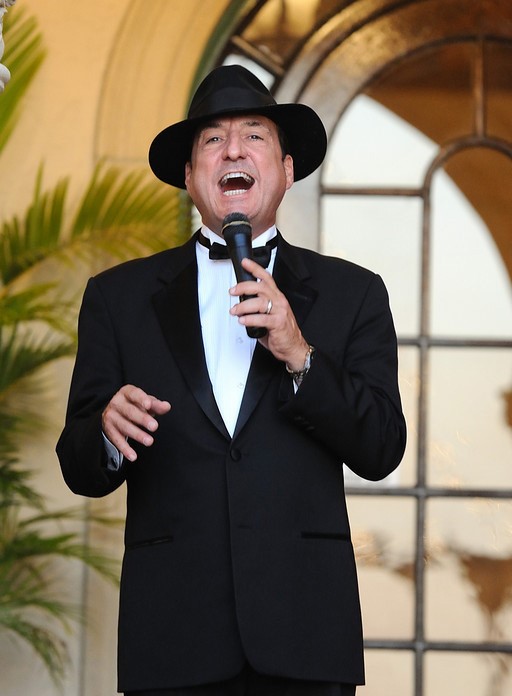 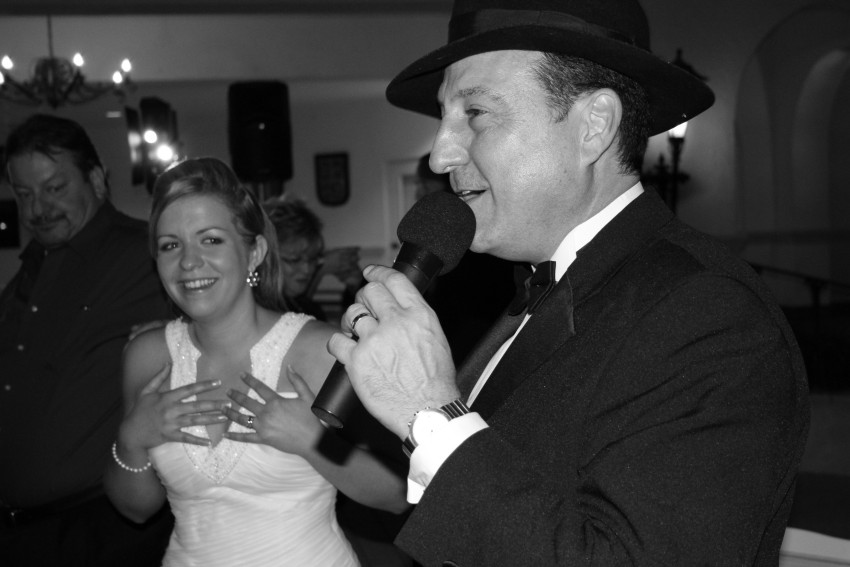 Rob and Bride at Wedding 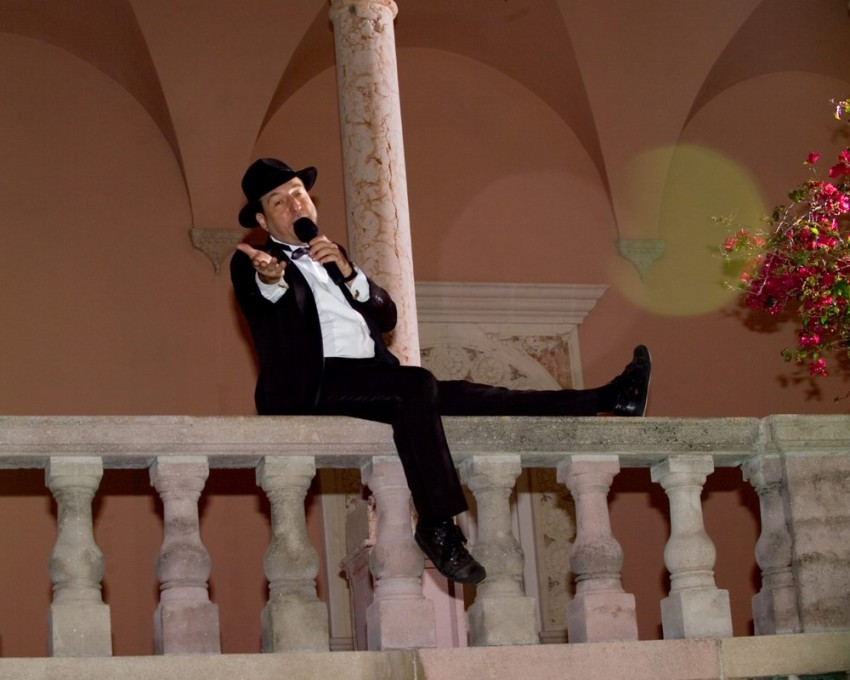 Rob Satori at the Ringling Museum 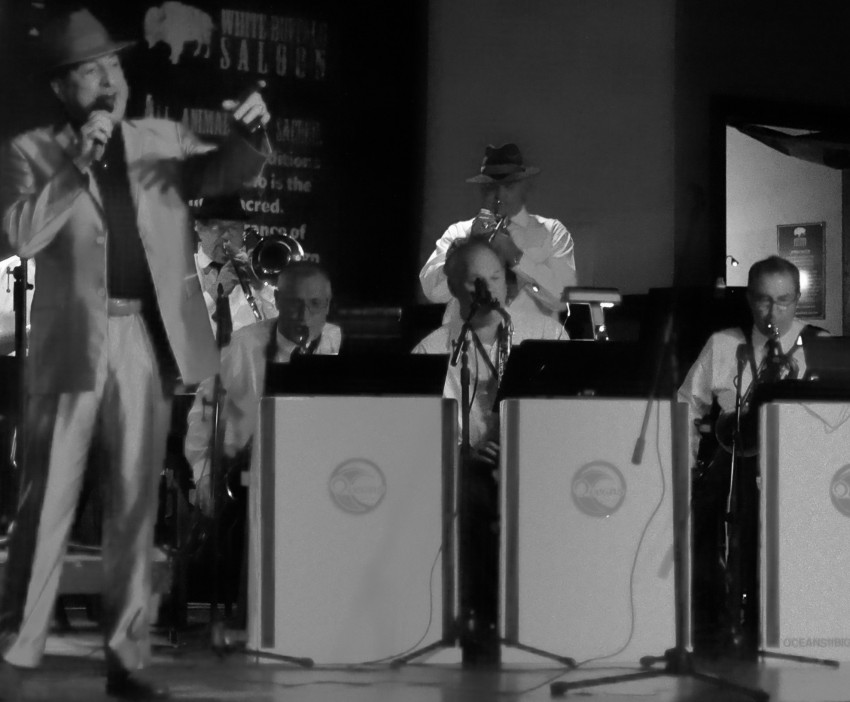 Rob Sings with the Big Band 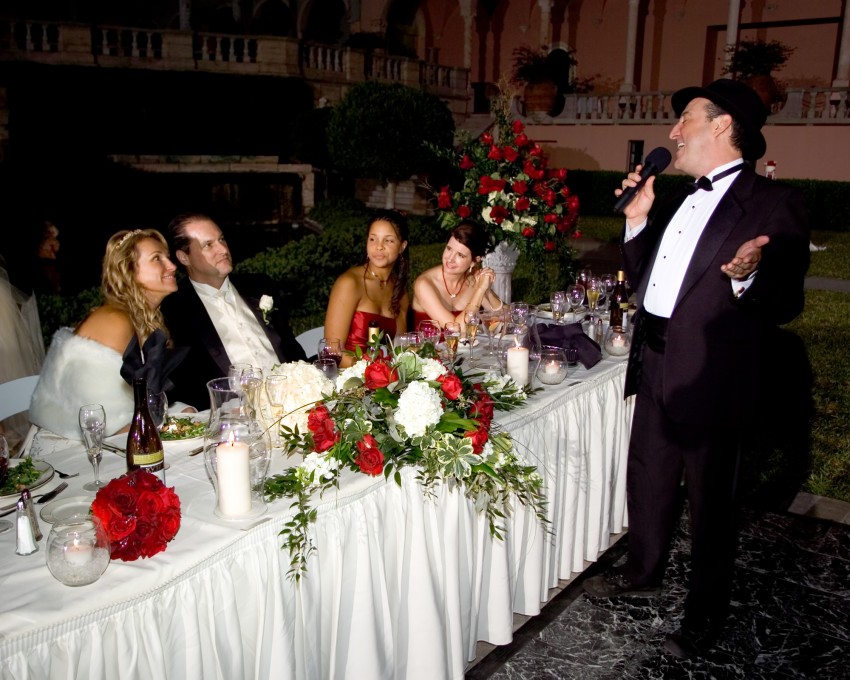 Rob at the LeBar Flannigan Wedding 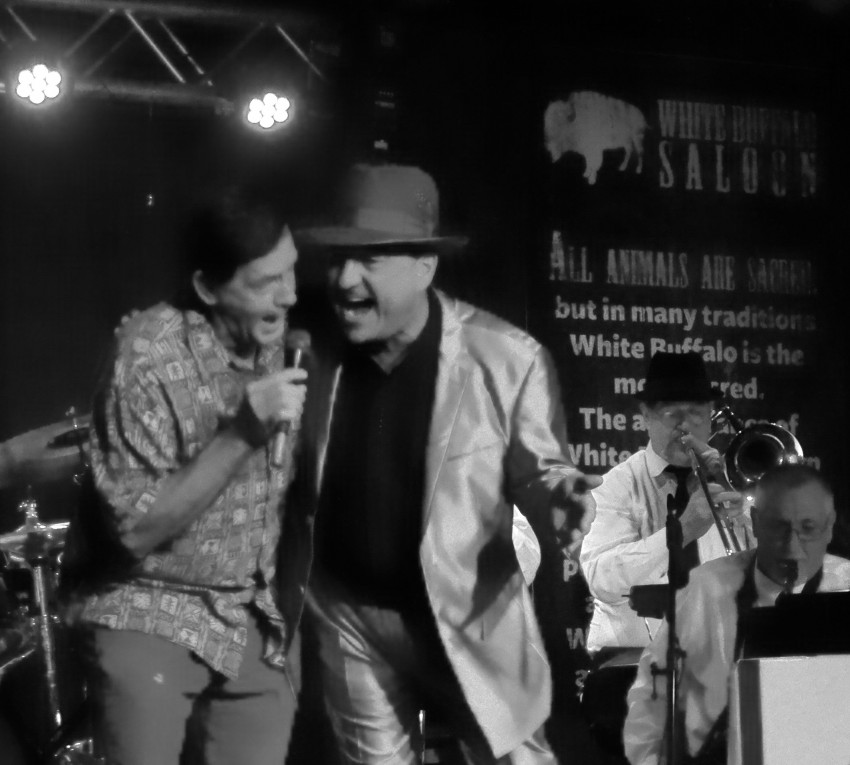 Rob and Martin Dean with the Big Band 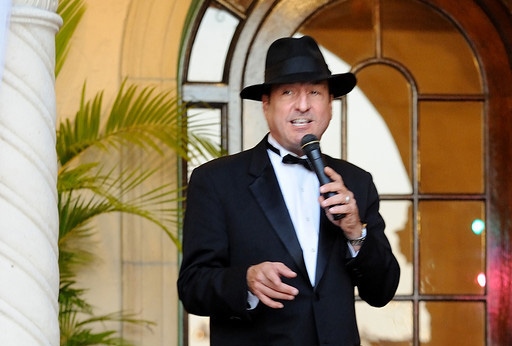 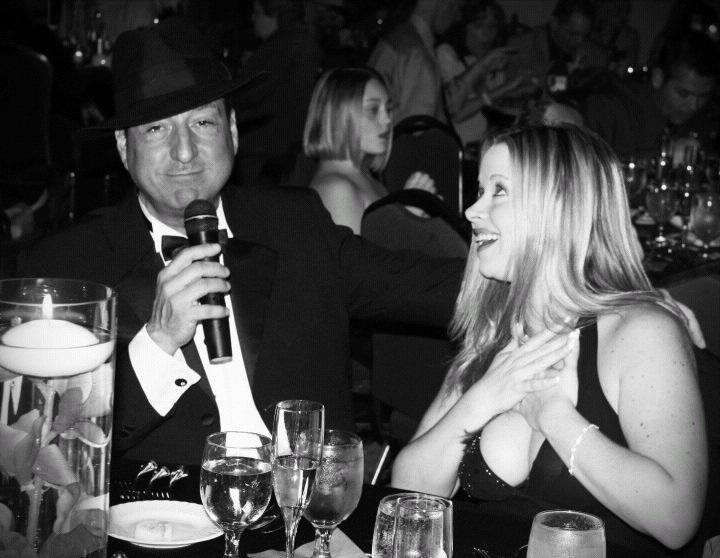 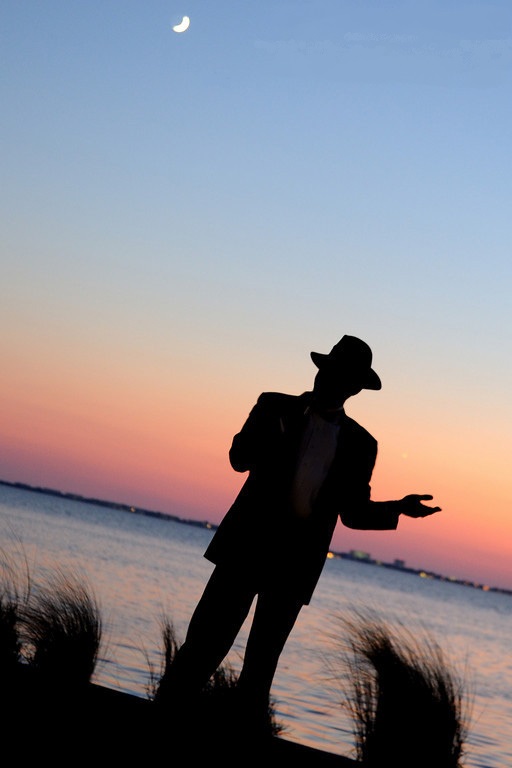 One of the greatest vocal impressionists, Rob Satori is a must- see entertainer. Audiences are consistently impressed with his humorous approach, heartfelt renditions, vocal range and cast of characters featuring Sinatra and the entire Rat Pack, but also including many greats: Tony Bennett, Bobby Darin, Elvis, Van Morrison, Neil Diamond, Jerry Lee Lewis, Jimmy Buffett, Ray Charles, Louis Armstrong, Willie Nelson and Julio Iglesias, to name a few.
His show "The Rat Pack and More," has entertained audiences from all over the world.
Rob provides entertainment for corporate events, Vegas style shows, Italian Festivals, weddings and special events. Rob Satori is truly a talent not to be missed.

Rob made the party excellent!

Rob performed at my parents 90th birthday celebration singing Frank Sinatra/Rat Pack songs that my parents loved. He involved them in the singing and was very personable with everyone in attendance. Thank you Rob!

Thank you Kris, it was an honor. I am so glad they enjoyed it. You have a wonderful family.
Blessings,
Rob

Rob is a truly talented performer who can carry any event with his voice and disposition. Our fundraiser went off without a hitch and Ron was able to bring in the Casino theme perfectly! I will definitely use his services again.

Thank you Michelle. It was an honor to be chosen for this event. You are an amazing planner and event coordinator that handles details as well as the bigger picture with ease, intelligence, and grace. I look forward to being part of any event you direct.
Best always,
Rob Satori.

Absolute best there is!!

Rob Satori was the highlight of our evening! He brought such fun and talent and everyone is still raving about it! Highly Recommend!!

Thank you Chelsea for such a fantastic review!

Rob gave an absolutely stellar performance. The audience thoroughly enjoyed it and we most definitely plan to have him back for a repeat performance!

Rob came and not only sang amazingly, he MC’d the entire affair, introducing the Birthday Girl, making her and everyone in the room feel special and a part of the party. He moved through the room with ease crooning and belting out all of the songs we requested.
I highly recommend Rob!

Thank you Nicholas, It was an honor to be part of such an important event as Ann's 90th Birthday party. Thank you for the excellent review and I hope to be of service again sometime! Best always, Rob

We brought Rob in to sing 5 songs to my parents at a 15 person family gathering held in a private room at a local restaurant. He did a great job. Genuinely cared about the event and my parents. He sang Rat Pack, Johnny Mathis, and Tony Bennett and did a great job!! His voice is great and he "carries the crowd" well. A true entertainer!! Would hire again in an instant!

Thank you, Dan. It was truly an honor to be in the company of your family for such an auspicious occasion. I hope to be of service again someday with a family such as yours, that is so endeared to Sinatra's music that all the family gatherings have more meaning when this music is played or sung as part of the "soundtrack." What a great memory! Thank you for your kindness and inspiring words. Blessings always. Rob

...what can I say that hasn't already been said before? Rob Satori was incredible...my guests loved him! He is excellent at reading the crowd and this was a bit of an unusual event. He helped to make and Elegant and Upscale Singles Social Occasion magical. I will definitely work with Rob again at some of our future events.

Thank you, Rob!
Cari at www.alastingglance.com

Rob was a big hit at our Cinco de Mayo party. He came early to set-up, and was non stop with his singing, entertaining, music. We all danced and everyone had a great time thanks to Rob! Many guests want to hire him for their communities. Would use him again in a heartbeat!

We hired Rob Satori for our dad’s 80th birthday/Vegas themed party. He is a mesmerizing talented professional who created an energized atmosphere, leaving us wanting more. Such a fantastic evening! Dad was singing along with every word and Rob got the whole family up dancing! We all were grateful to Rob for creating a memorable event for not just Dad, but for all of us. We highly recommend Rob Satori and would hire him again without hesitation.

I have seen Rob’s show three times over the last three years and would love to see it again. He performed for a fundraising gala that I organized. He engaged the crowd of 200+ like the true professional that he is and brought them to their feet. His Sinatra songs were amazing! He also did a great job with Dean Martin, Sammie Davis Jr. and Ray Charles songs. I highly recommend Rob. You won’t be disappointed.

Thank you Tom and JoAnne. It was a real pleasure serving as your entertainment and I am so glad we were able to raise over $13,000 for the Boys and Girls Club of Cherokee County that first night!
Best to you all!

We had our 40th Anniversary celebration and Rob Satori was the best part of our day long program. He is an excellent entertainer and the people loved his show that evening. He gets the audience involved and they feel apart of the show. His versatility is remarkable. Serious ballads to comedy tunes, Rob keeps the audience engaged and enjoying the show. We will certainly have him back again and we highly recommend him for any event you plan.
Tri -Par Estates Park and Recreation District

Thanks Barbara. It was a pleasure to see so many have such a fun time.

Rob Satori has created a show that includes many of the great crooners. His "Rat Pack and More Show," includes all of the Rat Pack singers and even more.

Rob can create a show that is specific to your needs. To keep it affordable and portable, he sings with high quality tracks, but can also arrange for big band or small group accompaniment.

Rob begins the show with hits from Sinatra and Dean and moves to other greats to keep the pace moving and interesting. He encourages audience participation, so you will often find audiences singing along and becoming part of the show! One of the most endearing aspects of Rob's performance is when he sings tableside. It is one of his strengths and he is comfortable in that role.

You can be sure to find Rob roaming around and crooning to your table at some point in the show!

Rob Satori’s experience in music, entertainment, performance, impersonation, crooning, songwriting, publishing, and music education fields spans over 40 years. Rob has been a successful musician all his life. Rob began performances with a 16 year run with the Omni band in 1978 playing at the St. Armand’s Circle Hot Spot, Columbia Restaurant. In 1994, he began the Music Directorship at the Center for Positive Living and still directs the music ministry today at Unity of Sarasota.

He can be seen in the Sarasota area at Amore, and Surf Shack restaurants on St Armand’s Circle and Longboat Key. He is a favorite and really has a passion for entertaining audiences. He also appears at many local country clubs.

He is also a sought-after Wedding Singer and DJ.

He began studying music at the age of seven and concurrently started writing music. His song “Let There Be Light” was arranged by the great Mark Hayes, and is available at JW Pepper Music and Lorenz Music Publishers. The choral arrangement received the highly coveted ‘Editor’s Choice Award’ by J.W. Pepper Music Publishing. JW Pepper is the largest and most influential music publisher in the nation.

Rob also writes for TV and Film and his symphonic music can be found at (link hidden) and Perpetual Music Group.

Singers from the Great American Songbook are part of Rob Satori's Tribute, but he is not limited by this because he also has mastered more recent singers as well.