Too Much Fun with Richard Renner the Vodvill Klown 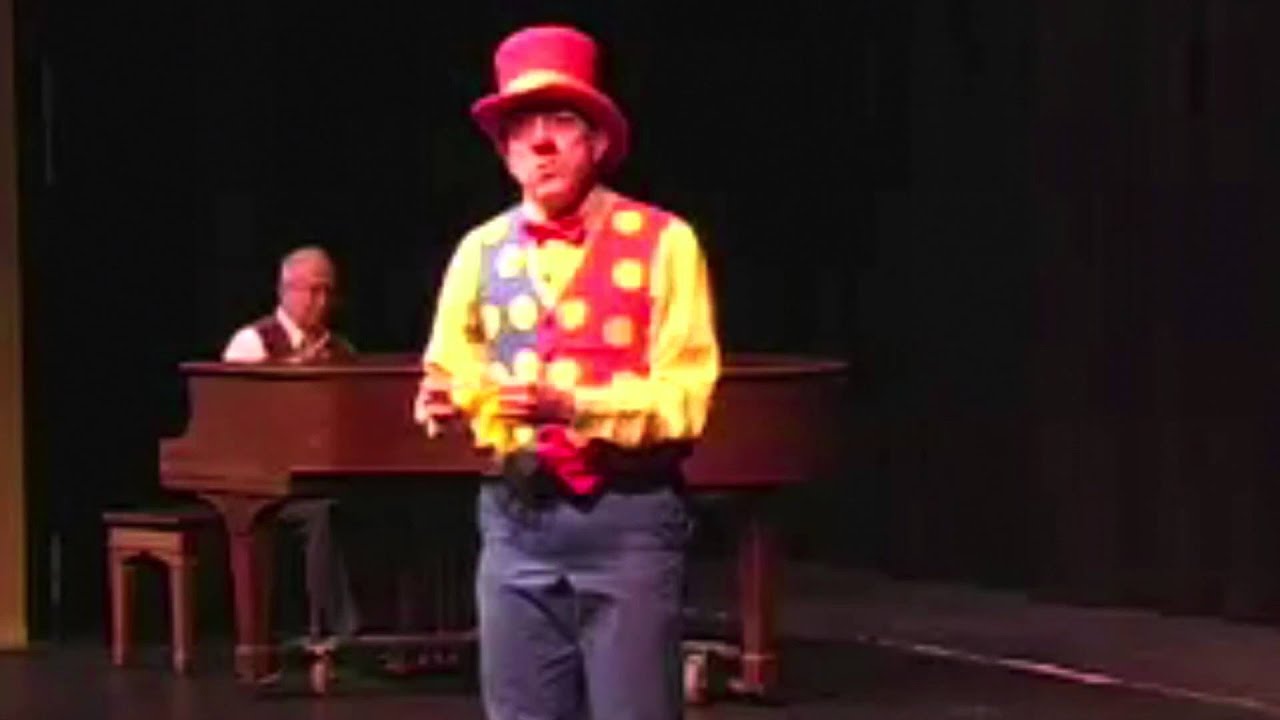 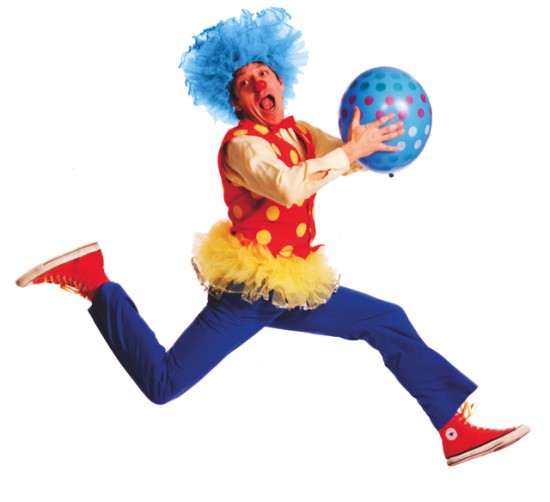 Vodvill Klown in the Slapstick Circus 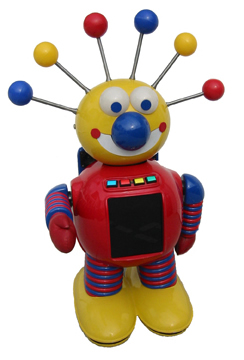 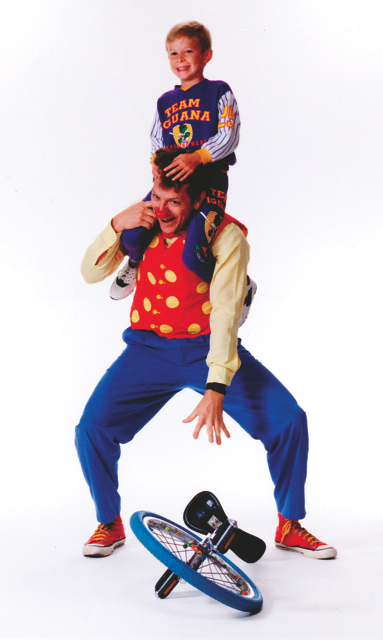 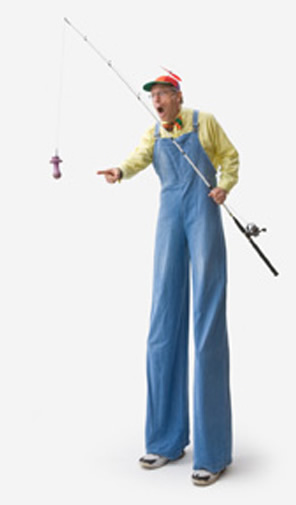 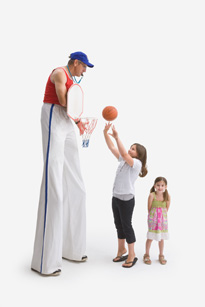 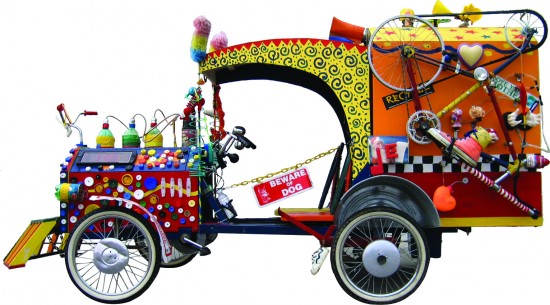 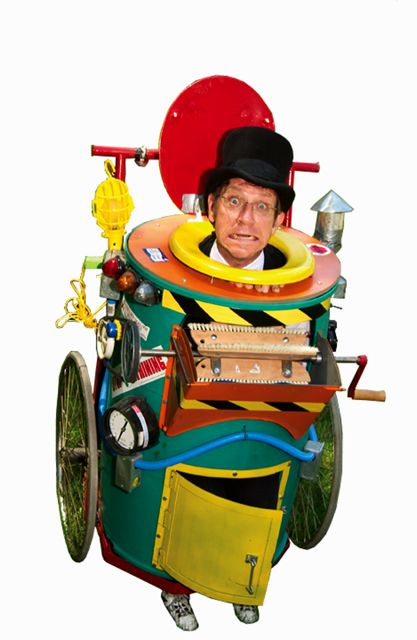 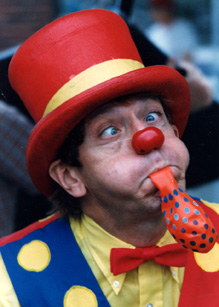 It's not easy being stupid!

Why have a little Fun when you can have TOO MUCH? Your patrons will think you brought in a whole circus when they see all that Richard has to offer! He brings with him a variety of ways to make you laugh, giggle, guffaw and be awed by the enjoyment he creates. They include Gizmo the Robot, the Hi-Pockets Parade, the Recycle Cycle, The Vodvill Klown - a complete one man circus stage show or the outrageously funny Comic Waiter. Richard can make all sorts of fun with just one or all of these acts at your next event, it's up to you.
Whether he is on STAGE or STROLLING, he makes sure everyone has a laugh. Get started today having TOO MUCH FUN by getting Richard to make it happen!

Actor, Juggler, Orangutan, Poet and Fool all describe Richard Renner as performs his special brand of humor. Whether juggling, unicycling, ropewalking, or creating a zany improvisation, Richard performs with unbounded energy and skill.

After graduating from the University of Kansas in 1981 with a theater degree, he spent years and a small fortune studying with such teachers as Marcel Marceau - the French mime master, Yuri Belov - a famous Russian clown, and Avner the Eccentric - the famous New Vaudevillian. After a few years with the Kansas City based Mimewock Company, Richard struck out on his own as a company of one. That quickly grew as he discovered he had a lot of characters in his own head waiting to get out.

Since then he has gone onto perform in almost all the United States, the warmer parts of Canada and the prettiest parts of Mexico. The universal need for laughter makes it easy for him to perform for any audience. After meeting so many like minded performers he started the Vodvill Entertainment Company in 1988 to promote the variety arts in the Midwest. It is still going strong with a roster of over 100 differtent acts. 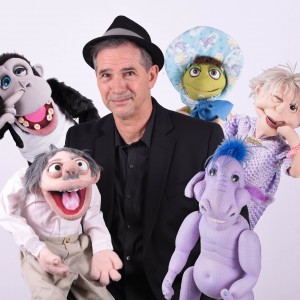 Jennifer C. said “We brought Kevin in for a corporate employee event and couldn’t be happier with our decision! Not only is he very professional, but he remembered brought…” 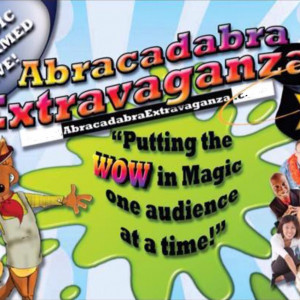 Jennifer P. said “Very happy with our experience- 7 yr old girls bday party. Lots of cool creations and the balloon artist was engaging with the group.” 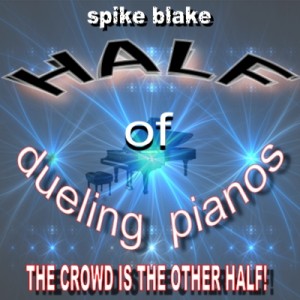 Anne B. said “Dueling pianos plus offered us their sttel drum/ dueling pianos act called Pianomon - WOW!!!!!! they were amazing!! doing reggae songs & had us all…”