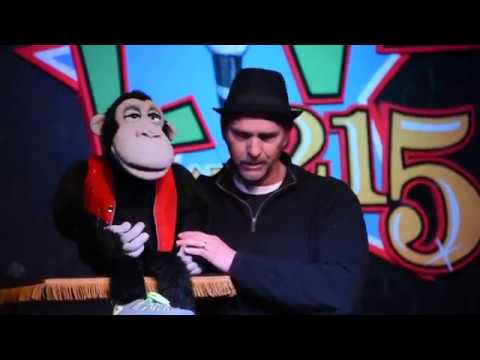 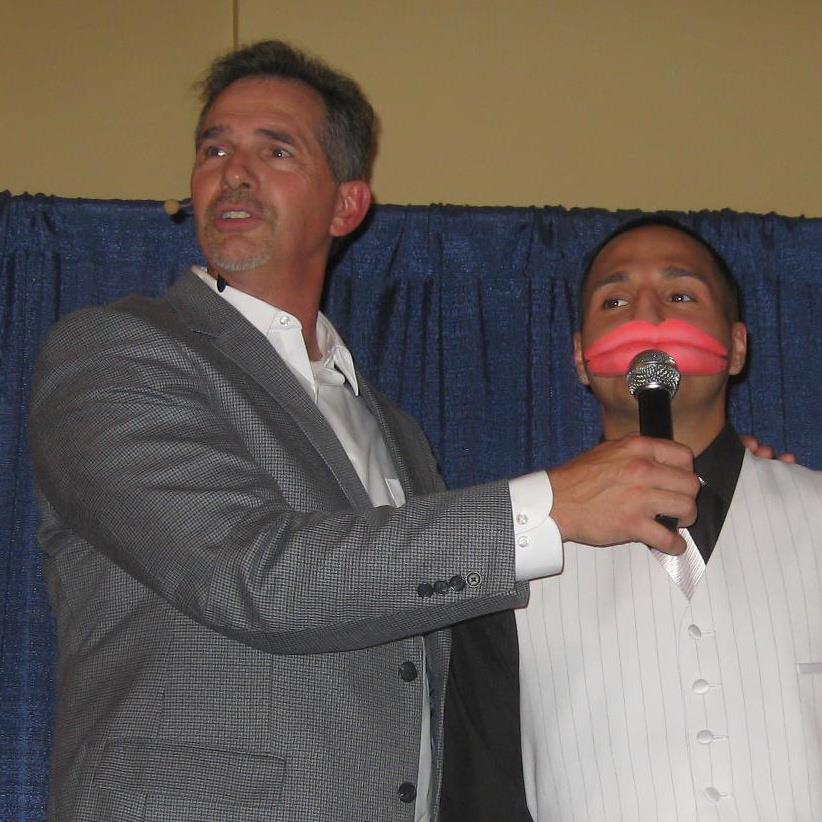 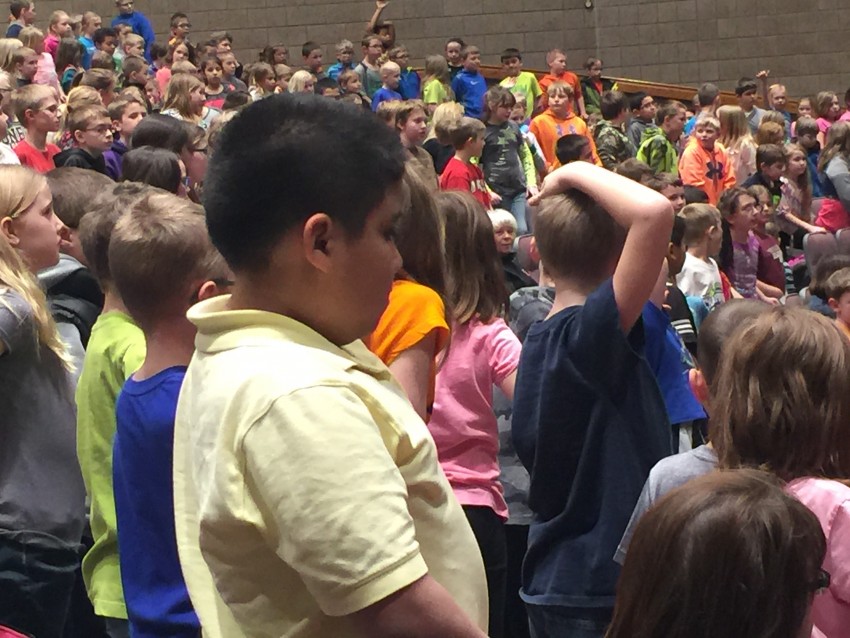 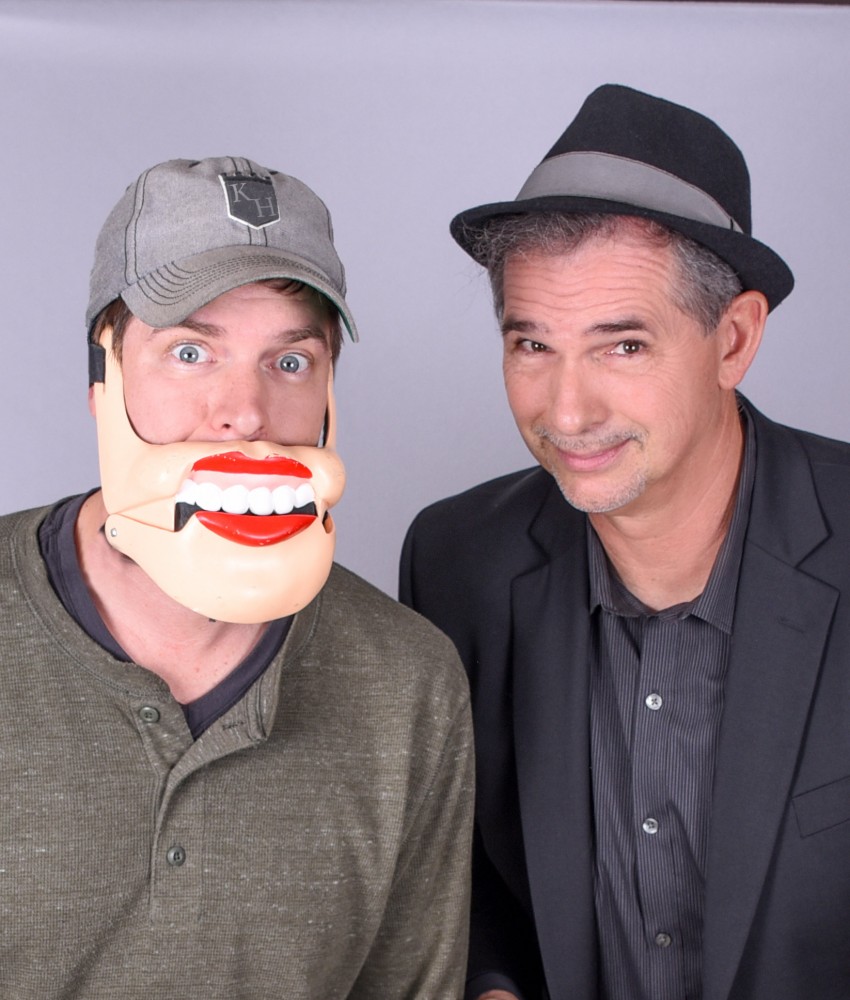 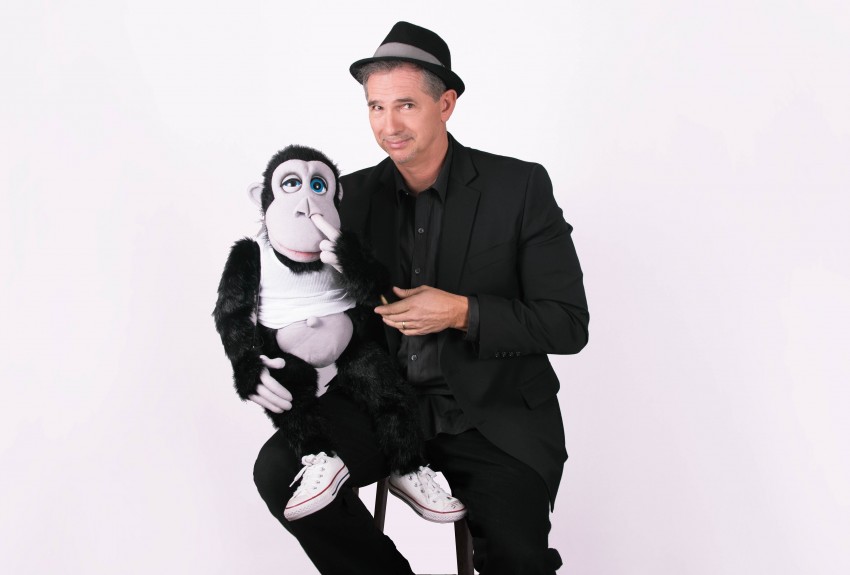 Kevin was easy to work with from the hiring process, through the planning and performance. He is dedicated to his work and his audience, and his enthusiasm, talent and personal experience all come together in a fabulous show that is sure to entertain. We are a non-profit serving people with disabilities and we hired him as keynote speaker/entertainer for a celebration banquet following a job mentoring experience for high school students looking forward to transitioning into the workforce after graduation. They loved the performance and couldn't stop laughing. Kevin was a perfect fit.

Laughing til they cried

Kevin had everyone in the room engaged and laughing! From age 3 to 90 they all thoroughly enjoyed it.

Kevin, was a hit

Kevin Horner did a great job at our Holiday party. He involved the audience, and prepared for the party in advance so he could personalize the show to the characters. Everyone enjoyed the show so much that it was the talk of the office the following Monday. The human puppet routine was a hit using our boss as his puppets. Great time had by all. So So Funny. Thanks Kevin for making our party a hit. I received lots of kudos for booking this kind of show. Kept him a secret until that night.
Mary Streiff
US Engineering

A children's church party and their families

Kevin did a fantastic job entertaining the children as well as the adults and families. My pastor and others really appreciated that Kevin shared tidbits here and there about God's love and the hope we have in Him.

Kevin was great at our Family Friendly Church event!

Kevin Horner was awesome!! He was very adaptable to our church needs and delivered a performance that kids and adults of all ages enjoyed!! He gave a great gospel message throughout his performance and mixed just enough magic, comedy and ventriloquism to keep everyone laughing in their seats!! He provided a great evening of clean family-friendly fun!! Everyone loved him!!
I would definitely recommend him for any church event!!!

Thank you for the awesome review!
I love that we made new friends!

Kevin provided a wonderful performance that exactly fit the needs of our Upward basketball and cheerleading end of season celebration. He was funny and really engaged the audience, both young and old. The kids especially liked his magic and his puppet friend "Cookie." He added a Christian message that was thoughtful and appropriate.

We brought Kevin in for a corporate employee event and couldn’t be happier with our decision! Not only is he very professional, but he remembered brought in details unique to our company culture. His show was tasteful and hilarious, which isn’t an easy find. We highly recommend Kevin!!

Jennifer,
You are so kind to give us this wonderful review.
To be fair, you knocked it out of the park with our volunteers who made our show so much fun!!

Kevin did an awesome job entertaining our group. There were smiles on every face in the room. Keep up the good work!

He did so a great job of tailoring the performance to our firm and everybody loved it! 5 stars!

Thank you! You all were so much fun! It’s nice to perform for such a family atmosphere as you all are.

Everyone laughed so hard!!

He’s so awesome and entertaining!

We hired Kevin as an Ventriloquist for my nephews 3rd birthday party today and the kids and adults loved him! He was so funny and entertaining and makes everyone feel a part of the show. Definitely would hire him again. He’s amazing and very talented!

Hi Vanessa,
Thank you for the kind words. It was a pleasure meeting you all and having fun with such a great audience!

It was a great night for our families. Kevin did a nice job of trying to involve all ages.

Thanks for providing an amazing experience for our families with young children.

Great job at a high school event. He interacted well with the students and connected with their school. They loved that they got to be involved with his performance. Highly recommend him.

Kevin Horner is a talented ventriloquist who did an excellent job keeping a wide range of kids (plus adults) attention. He was very personable, professional, and trusting performer. Seems like a real genuine good guy.
Our kids found his routine absolutely hilarious.

Kevins performance was great, all the kids loved it... He totally spiced up our Christmas party.. We definitely recommend him. Very friendly and loving. Awesome job Kevin!!

Kevin Horner is a truly extraordinary performer. From the initial email contact, all the way though the live performance, his professionalism and kindness was outstanding! I hired Kevin for a family gathering, a surprise birthday party for my father's 75th birthday, and when he performed he left everyone rolling on the ground. His characters are amazing, and he came with unique and original ideas to fit our needs. Kevin and his wife are down to earth, very friendly people, and easy to communicate with. Whether your gathering is 10 people or 2000, Kevin Horner Live is a sure bet and he will not disappoint! Thank you Kevin for such an awesome performance and experience!

BIOGRAPHY
Kevin Horner is a veteran comedian which includes, ventriloquism, stand up comedy and illusions.
His unique style, voices, and adaptability spans all ages and personalities. His timing, energy, and quick wit and reactions with all audiences is guaranteed to inspire uproarious laughter.

Kevin's path started when he was approached to do bullying prevention programs in schools across the
Midwest. The program entitled "Speaking Up For Those Who Can't Speak Up For Themselves" was
presented for over 15 years across the United States.
Kevin’s passion and ability to touch the hearts of audiences while making them laugh took him
on the road to becoming a full time performer. Kevin has performed for Comic Con, The Improv, Great
Wolf Lodge, Whiteman Air Force Base, Fort Riley Military Base, Arkansas Tech University, Iowa State as well
as many other Corporate events, Schools, Libraries, Fairs and Festivals.
Kevin won the People’s Choice Awards in 2003, 2004, and 2005.
Kevin was awarded "Best Comedy Ventriloquist" by a National Booking agency in 2014, 2015, 2016, 2017, 2018 and 2019.