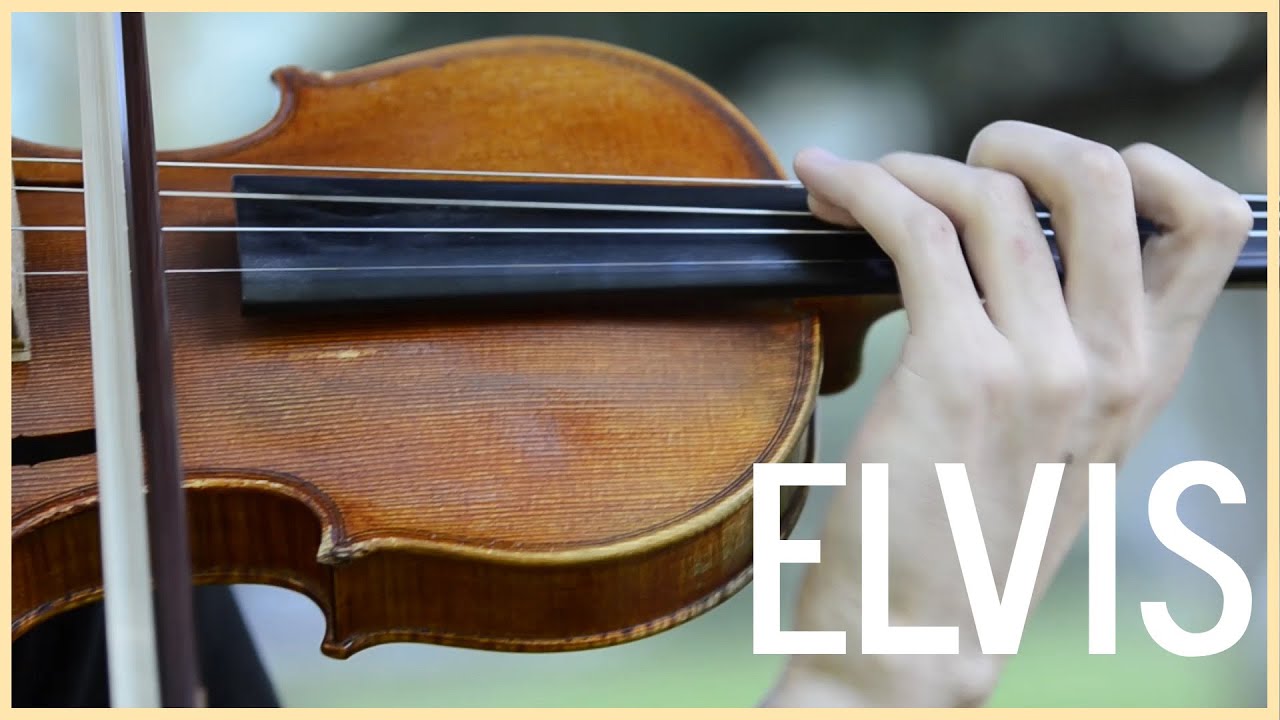 Can't Help Falling in Love with You (Harp and Violin) 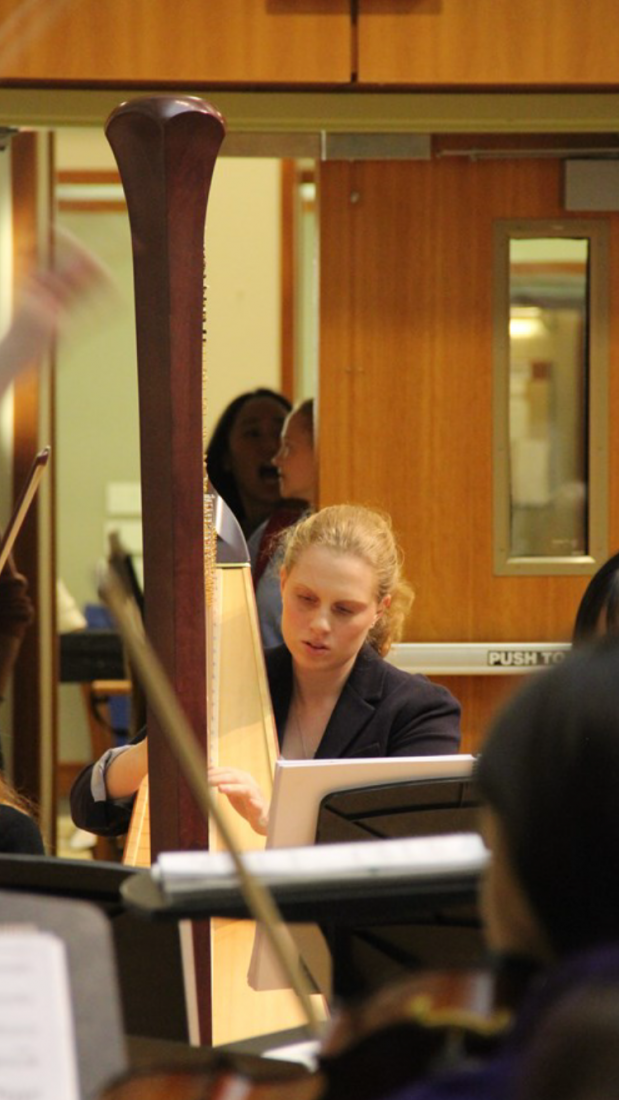 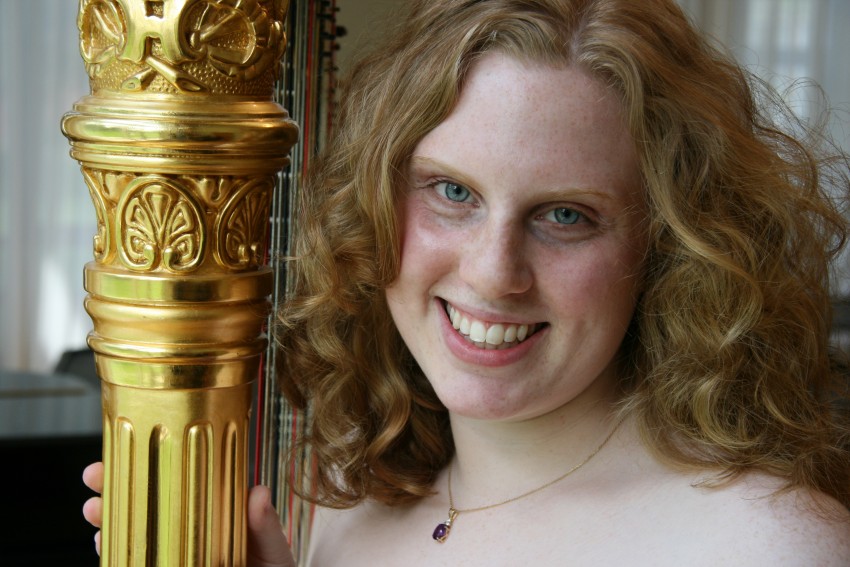 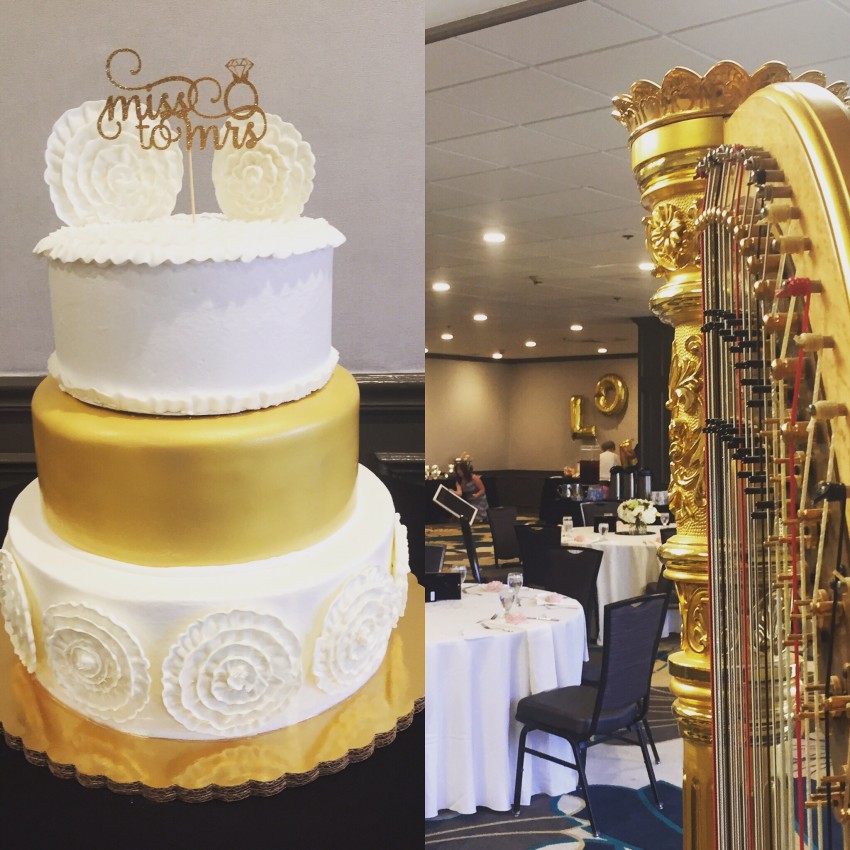 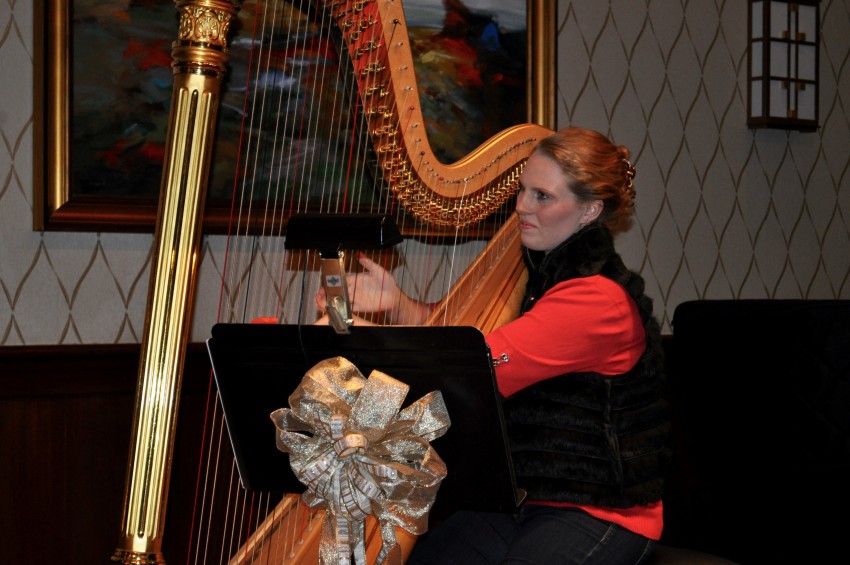 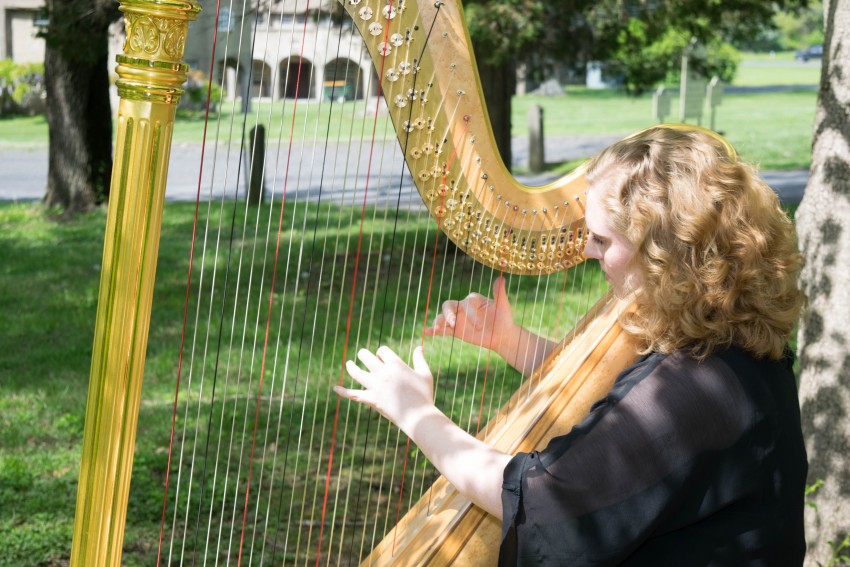 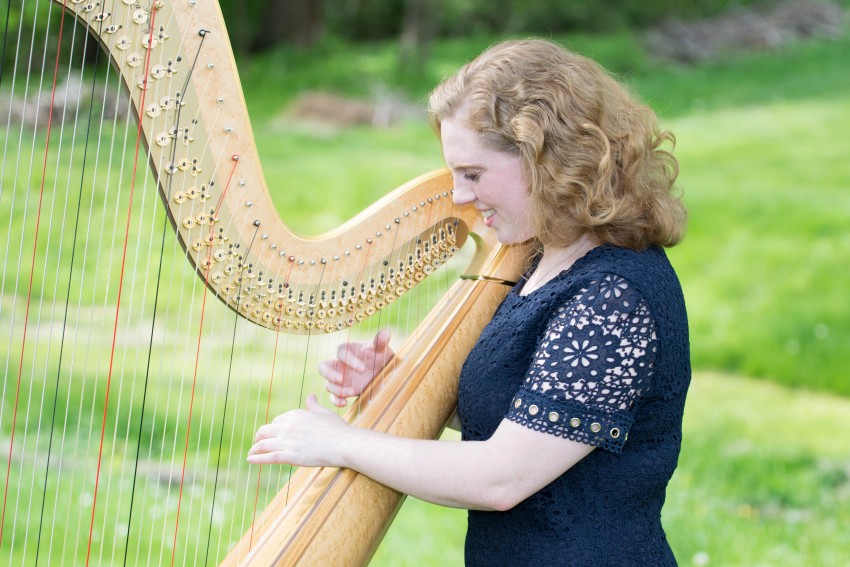 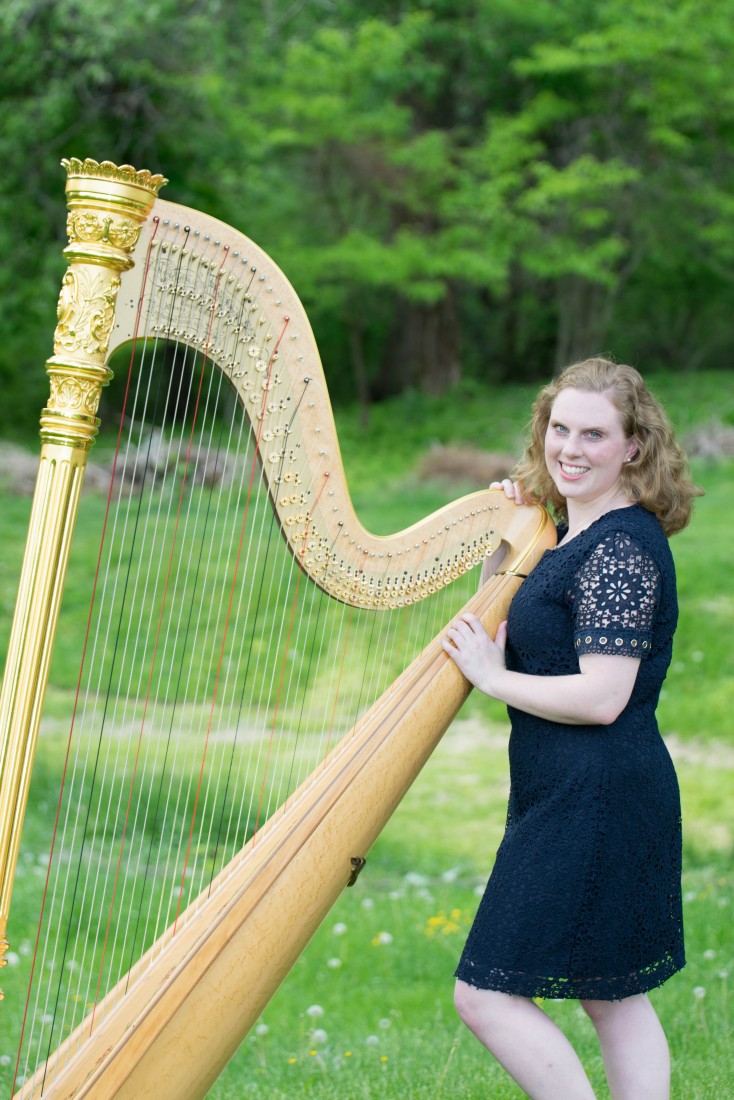 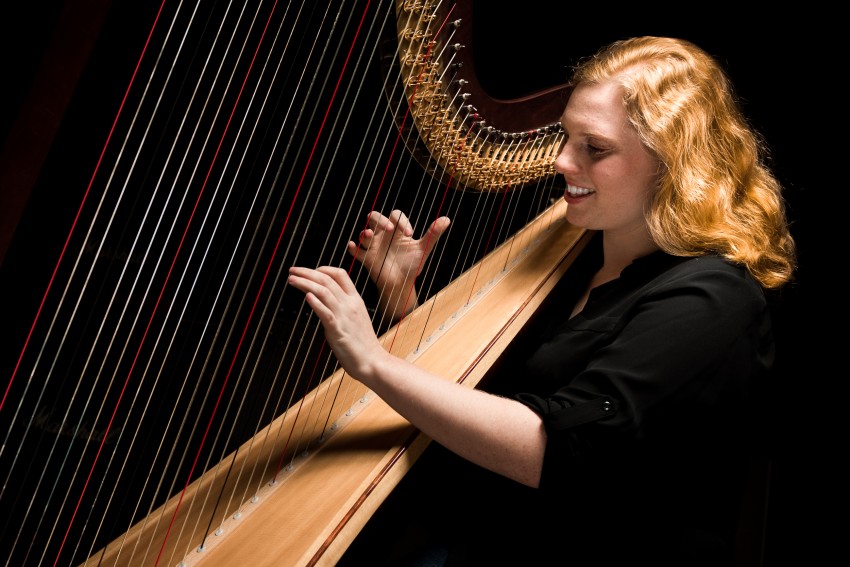 Rebecca Simpson’s beautiful music will add a touch of sophistication and elegance to your event. She recently moved back to the Philadelphia area after graduating from conservatory with high honors. Rebecca plays a variety of classical and popular music and can learn any special piece you have in mind. In addition to performances in several states, Rebecca has performed in Italy, Belgium, Korea, and China. She recently appeared on Channel 6 ABC. In 2010, Rebecca released a solo CD, and she has contributed to three other albums. Rebecca studied at the Bel Canto Institute in Florence, Italy, where she studied the art of accompanying singers with members of the Metropolitan Opera.

Rebecca was talented, professional, and did exactly what we wanted. We were so pleased with her. Thanks, Rebecca!

Rebecca played at my wedding ceremony on September 5, 2021 and did an absolutely amazing job! Rebecca played any song that I requested at our pre-meeting a few weeks prior to the wedding and played them to perfection. The elegance of Rebecca playing the harp made for an absolutely picture perfect wedding (despite the rain that occurred :)
I would highly recommend Rebecca to play at your event!

Rebecca played the harp for our wedding and it was everything we imagined and more!

Not only is Rebecca a very talented harpist who played absolutely beautiful the type of music we requested …. Her harp itself is exceptionally beautiful and she is a very beautiful person inside and out whose presence was very comfortable to me and my family at our family event. Thank you.

Rebecca is an extremely talented harpist and I would strongly recommend her for an event!

I would highly recommend Rebecca for your event.

Rebecca was very easy to communicate with, helpful and professional all at the same time. Her performance was beautiful.

For my sisters bridal shower we had Rebecca playing the harp and she was just wonderful. The nicest person to work with as well! Will hire her again for any other event we have.

Thank you so much for having me, Dee! I really enjoyed working with you and your family, and I would love to play for you again sometime!

Rebecca did an outstanding job in providing beautiful background music during the cocktail hour and throughout the luncheon. She played a wonderfully varied range of songs. I’d highly recommend her services!

Rebecca arrived timely and filled the prewedding time and ceremony with delightful lilting music. Easy to work with and professional.

I will bring my own instrument, seat, music stand, and tuning equipment. I do not require any additional equipment.