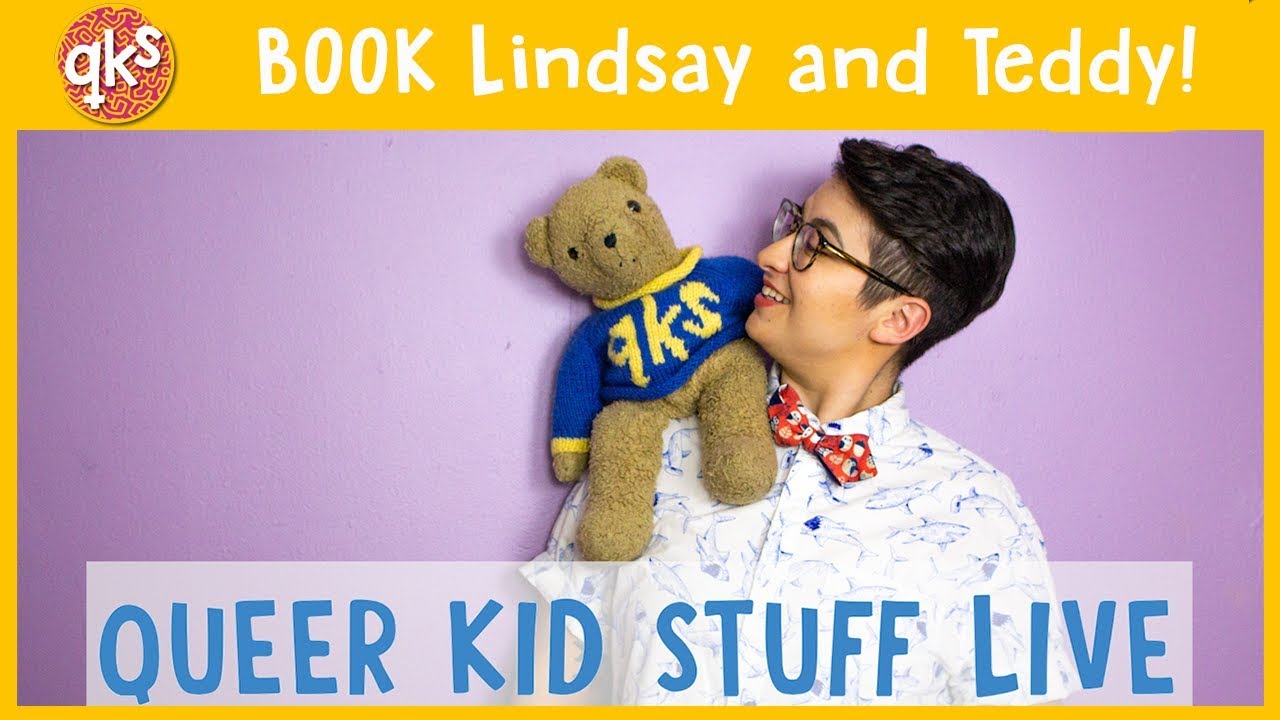 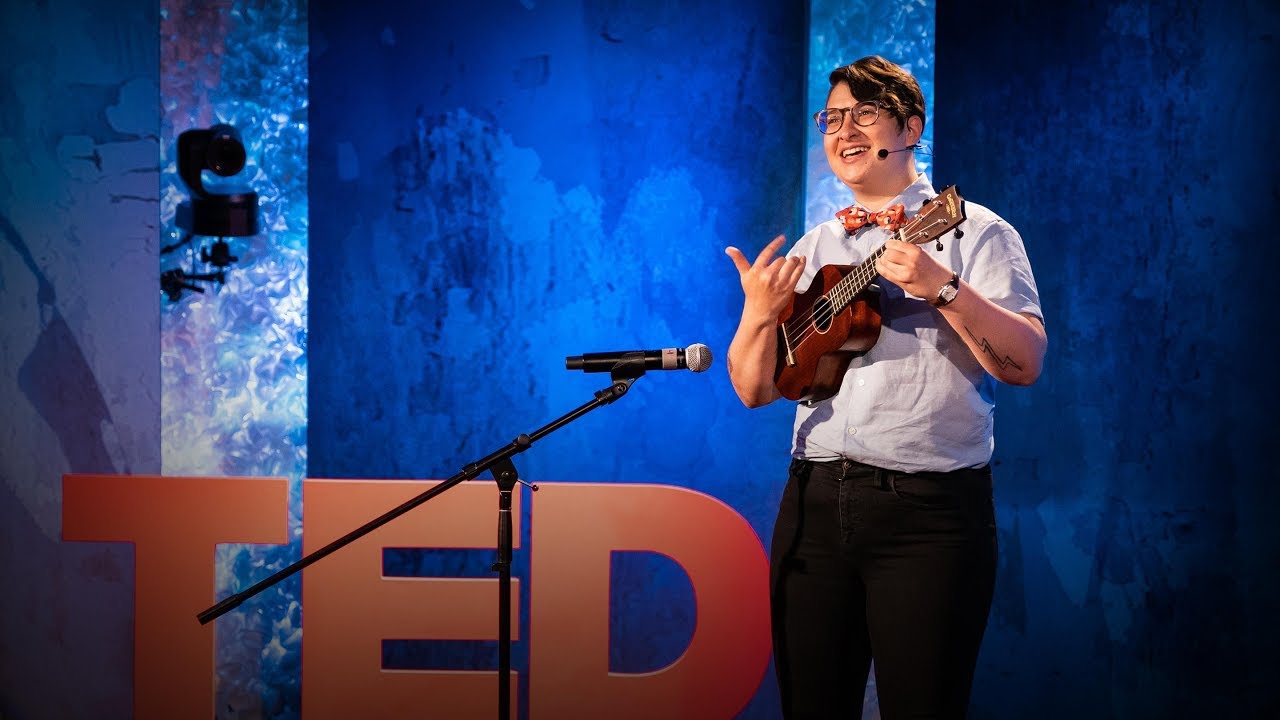 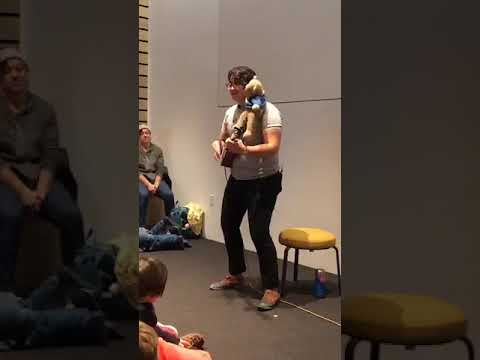 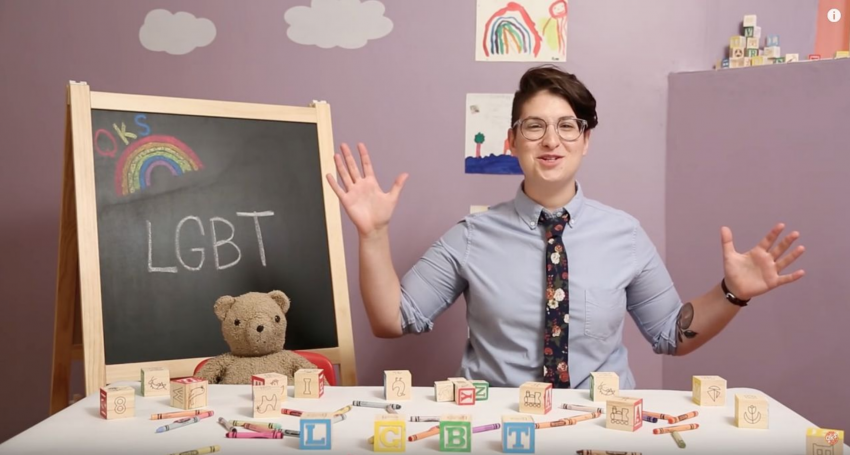 Queer Kid Stuff LIVE is a 45-minute performance of original songs, age-appropriate cover songs, and original storytelling inspired by the popular webseries Queer Kid Stuff! QKS creator Lindsay 'Lindz' Amer and their best-stuffed friend Teddy perform at schools, libraries, museums, LGBT Centers and other family-friendly venues spreading queer joy and inspiring activism all over the country. Their TED Talk on the importance of LGBTQ+ representation and inclusion in children’s media and education currently has 1.8M views.

Be the first to review Queer Kid Stuff

Lindsay (you can call them Lindz!) plays and sings original songs for family audiences with their trusty ukulele and their best-stuffed friend. They keep their tiny audiences engaged with audience participation while they sing about gender, diversity, consent, and so much more! Their 45-minute musical performance is peppered with their original storytelling highlighting important moments in LGBTQ+ history in a family-friendly environment. They perform at schools, libraries, museums, and community centers all over the country. They also speak at high schools, universities, and conferences on their experience as an LGBTQ+ activist and digital creator. You can watch their TED Talk, performance clips, and a full performance in their video section!

They write, produce, and co-host Queer Kid Stuff, an original LGBTQ+ educational webseries for ages 3 and up. They perform QKS music and stories at schools, museums, libraries, and local LGBTQ+ community centers and are currently booking speaking opportunities and family performances around the country. They recently performed to a packed house at the Bill and Melinda Gates Discovery Center in Seattle, WA as a part of Amplifier’s We The Future Campaign. Artwork from the campaign depicting Lindsay has been distributed to over 13,000 schools and seen by an estimated 500,000 students nation-wide. Their TED Talk on the importance of gender and sexuality education for all ages currently has 1.8M views and counting!

They are the founder and CEO of Queer Kid Studios, a multi-media production company based in Portland, Maine making queer-focused intersectional all-ages media. They are a Creative Resident at SPACE on Ryder Farm, and a TED Resident, were named a Rising Star by GLAAD, a Queero by (link hidden), were a Webby Honoree, and have received grants from the Made in NYC Women’s Media Fund, the Awesome Project, and VidCon’s Emerging Creator program.

The Huffington Post calls Queer Kid Stuff a “groundbreaking YouTube educational resource.” Teen Vogue praised their episode on consent during the height of #MeToo that “shows exactly why there’s no excuse not to grasp consent. Even toddlers can understand it.” And @shondarhimes tweeted she’s “so here for this!”

Lindz is currently developing a children’s podcast focusing on social justice. They are also writing a picture book, and a full-length screenplay about a non-binary kid!

1 lapel mic
1 pick up for ukulele

Here's what a typical 45-minute public family performance looks like! You can find samples of some of these original songs in the audio section.