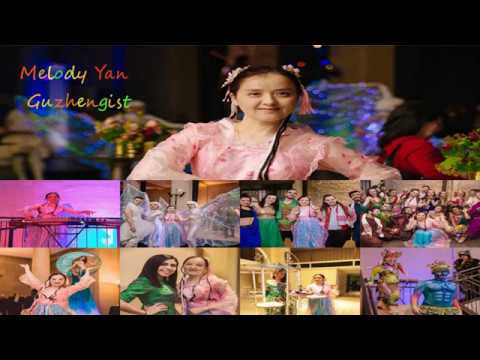 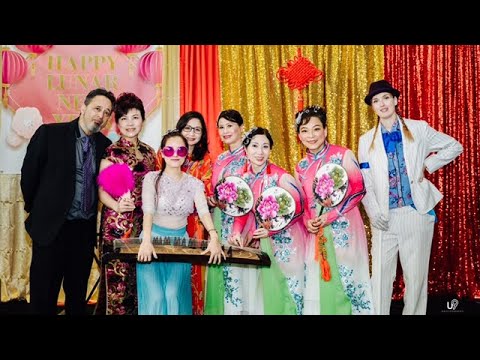 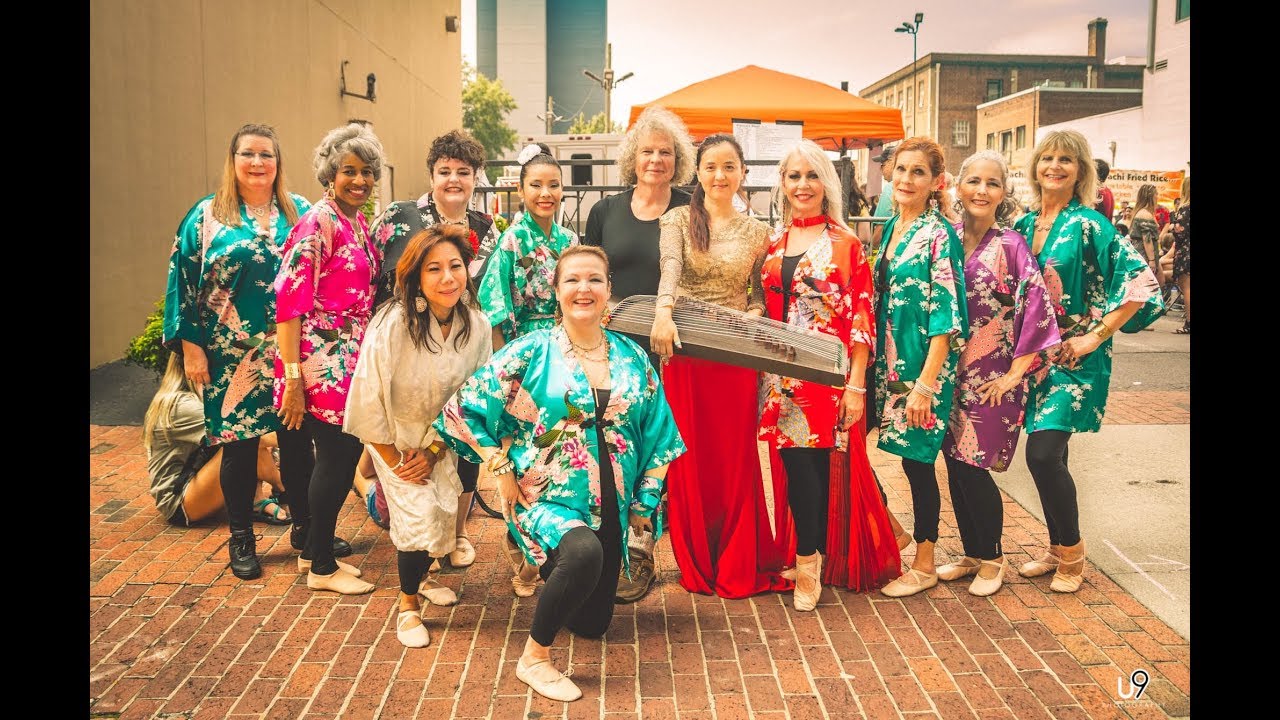 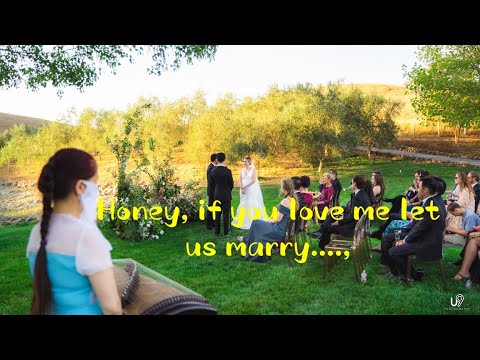 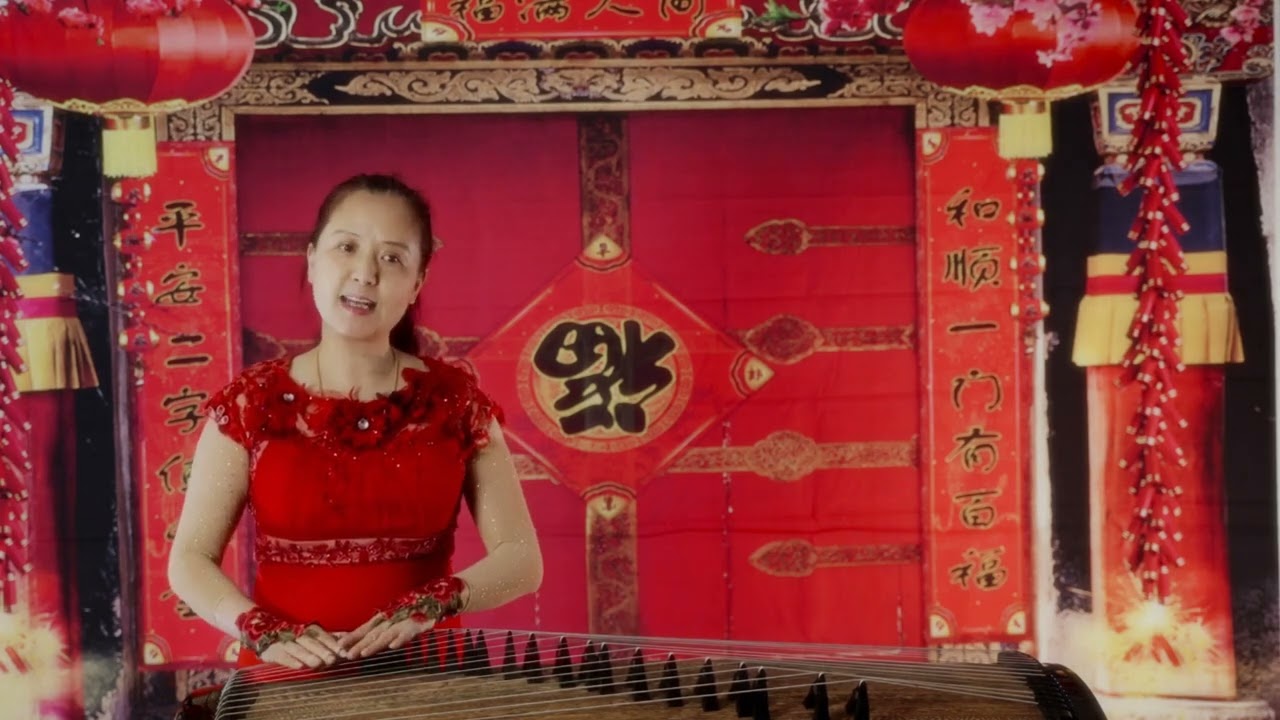 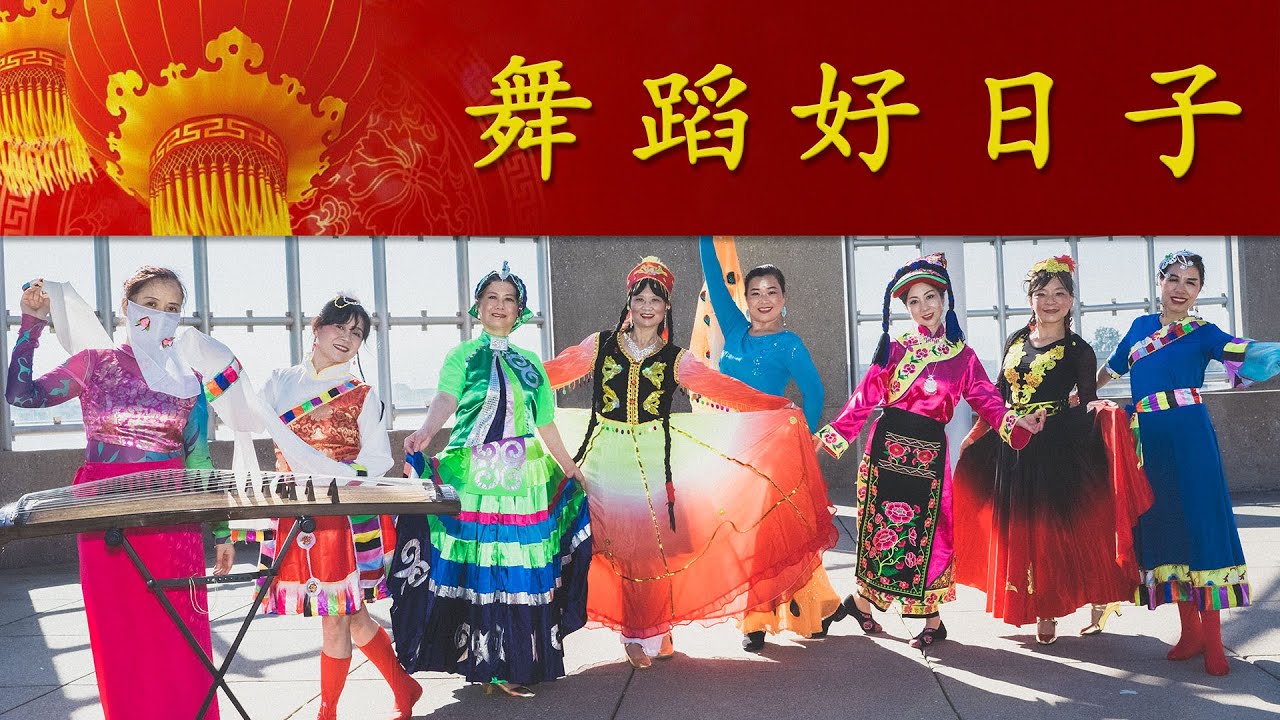 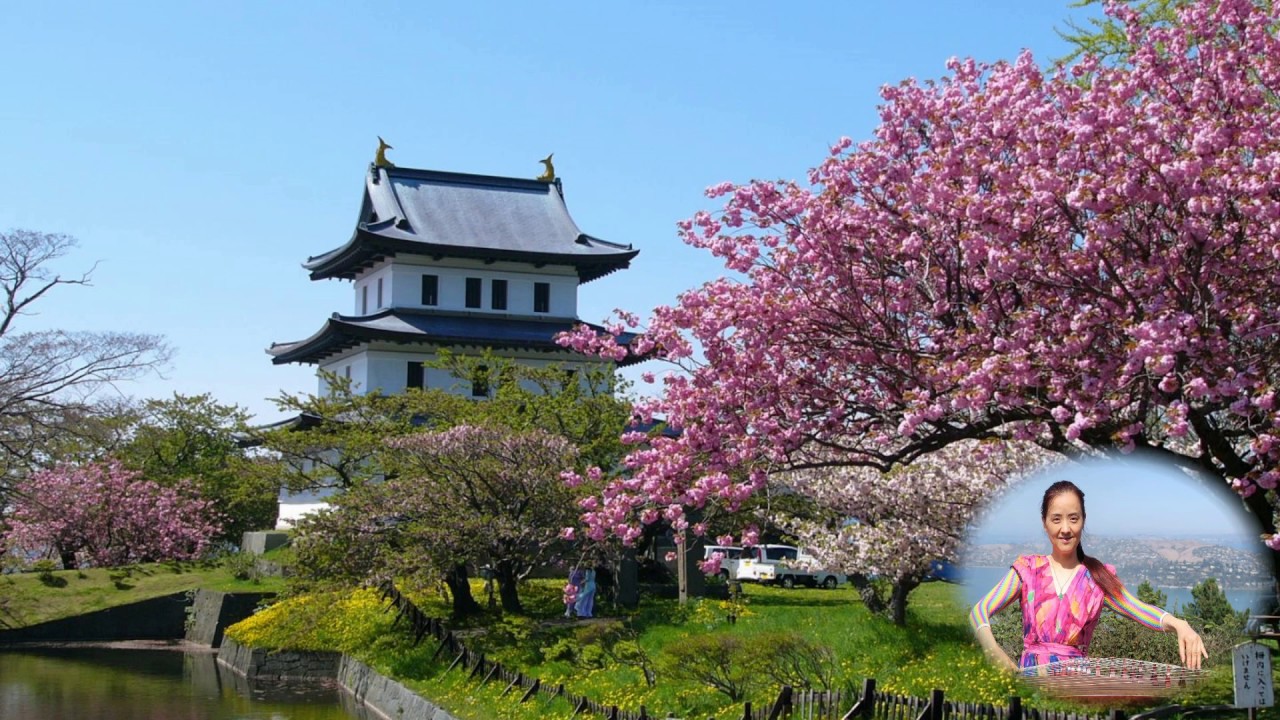 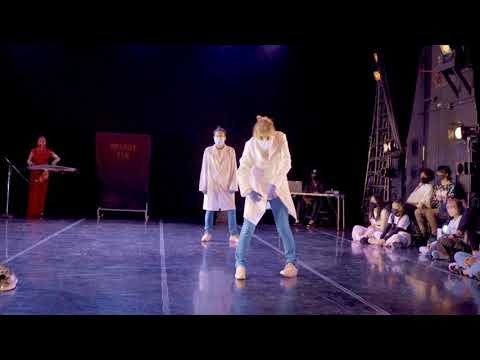 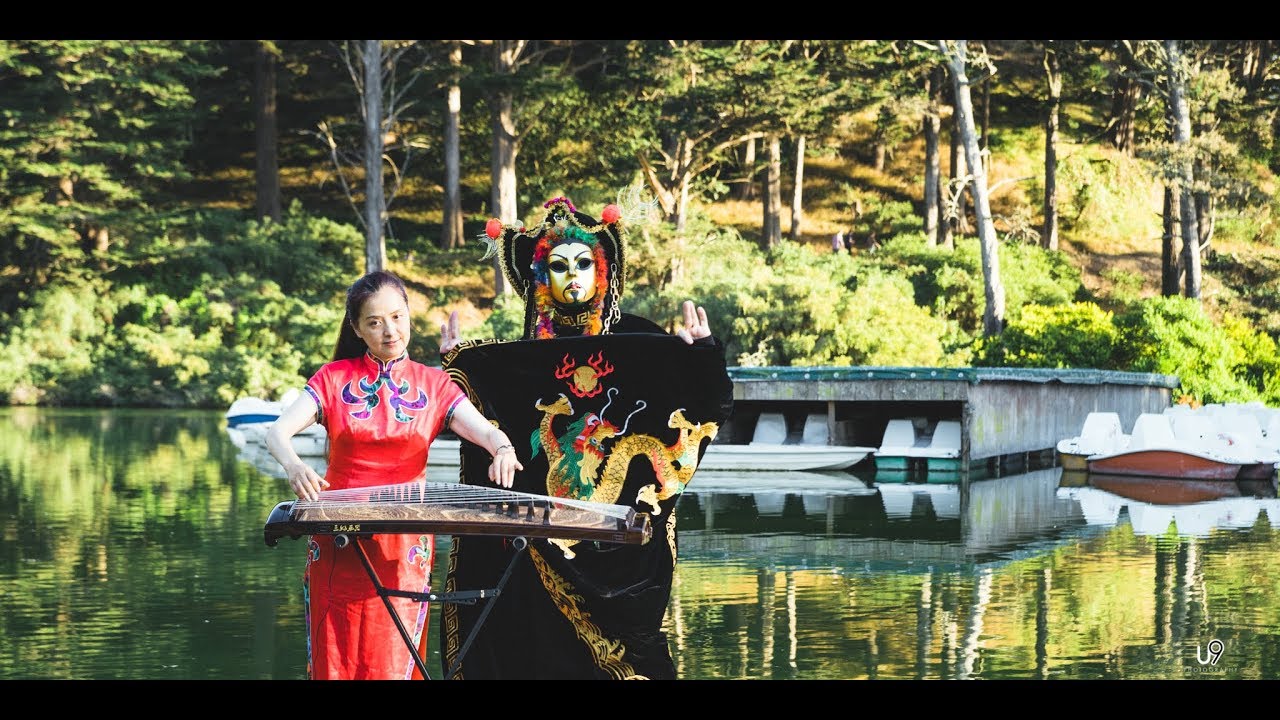 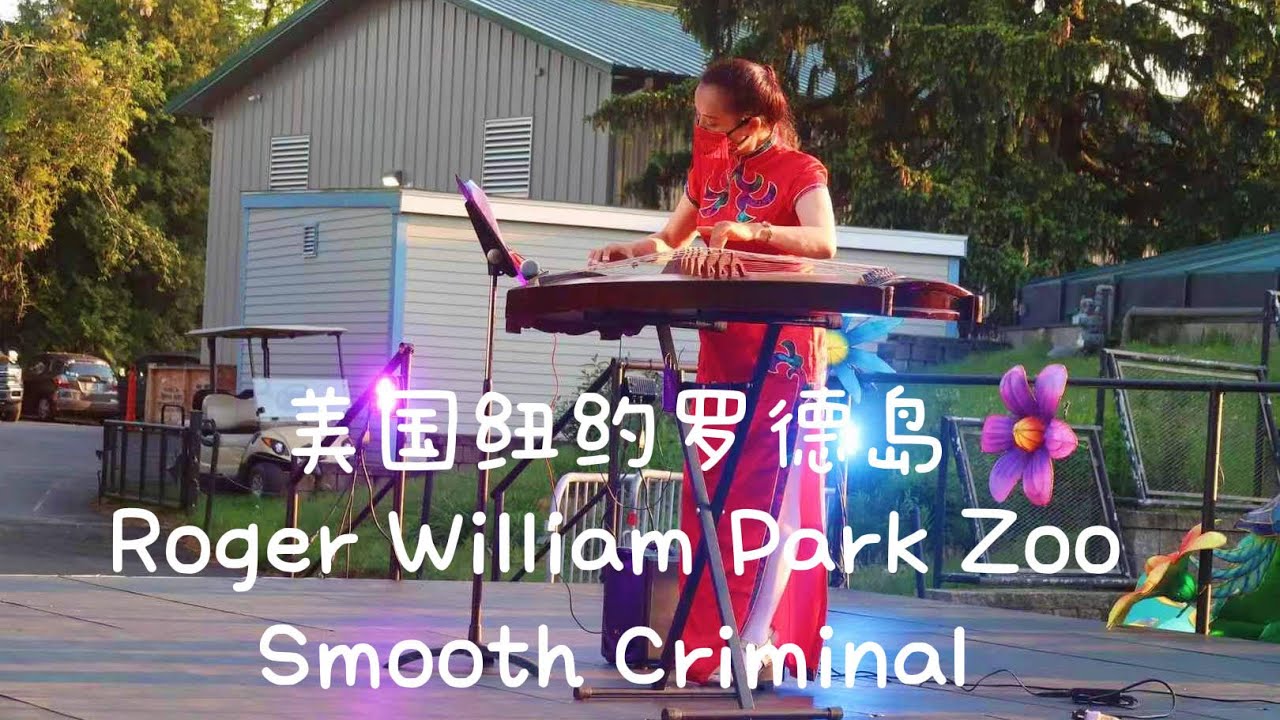 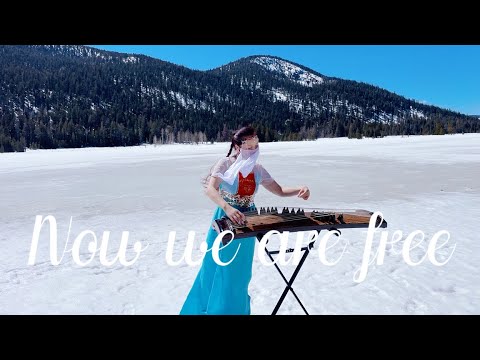 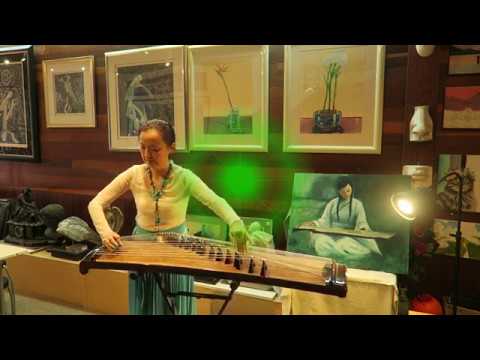 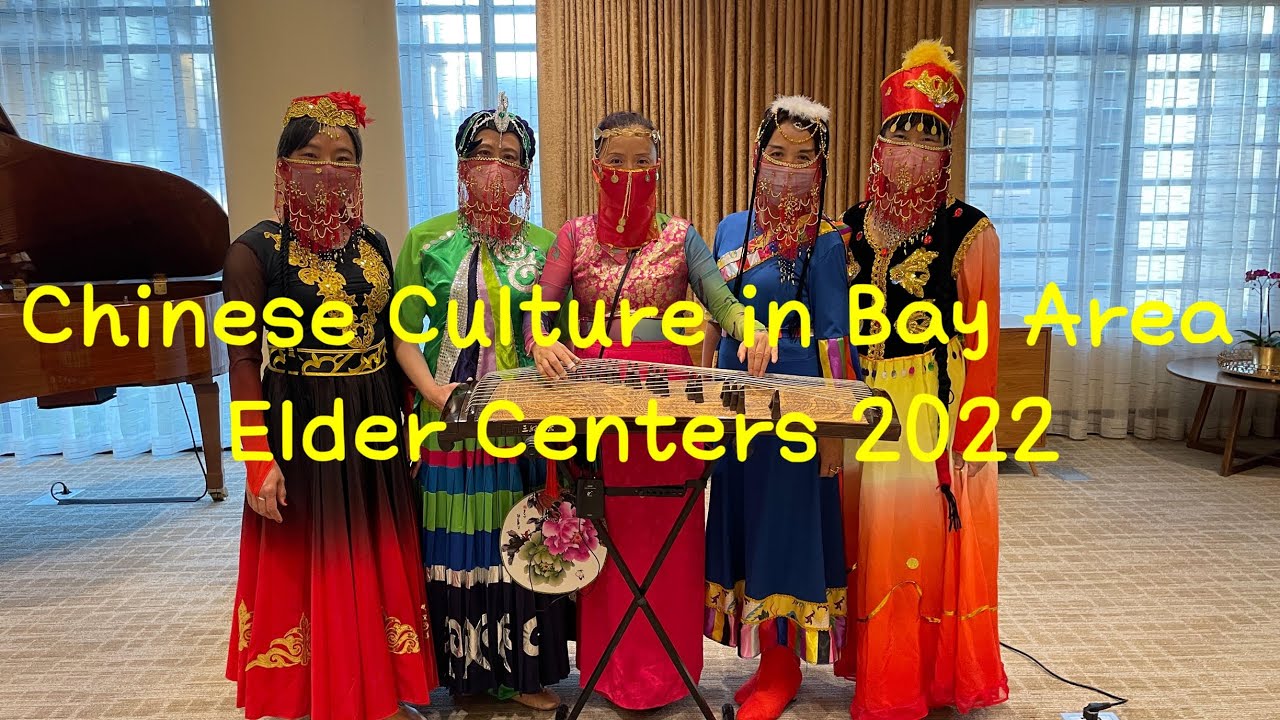 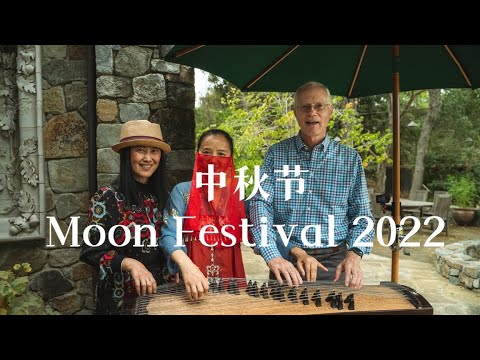 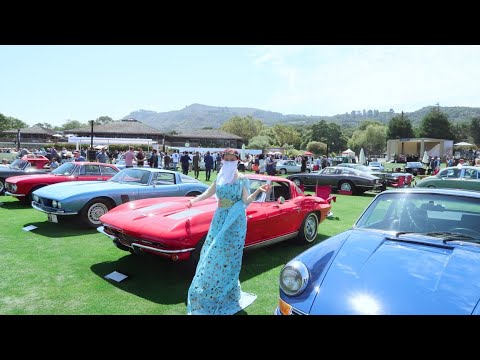 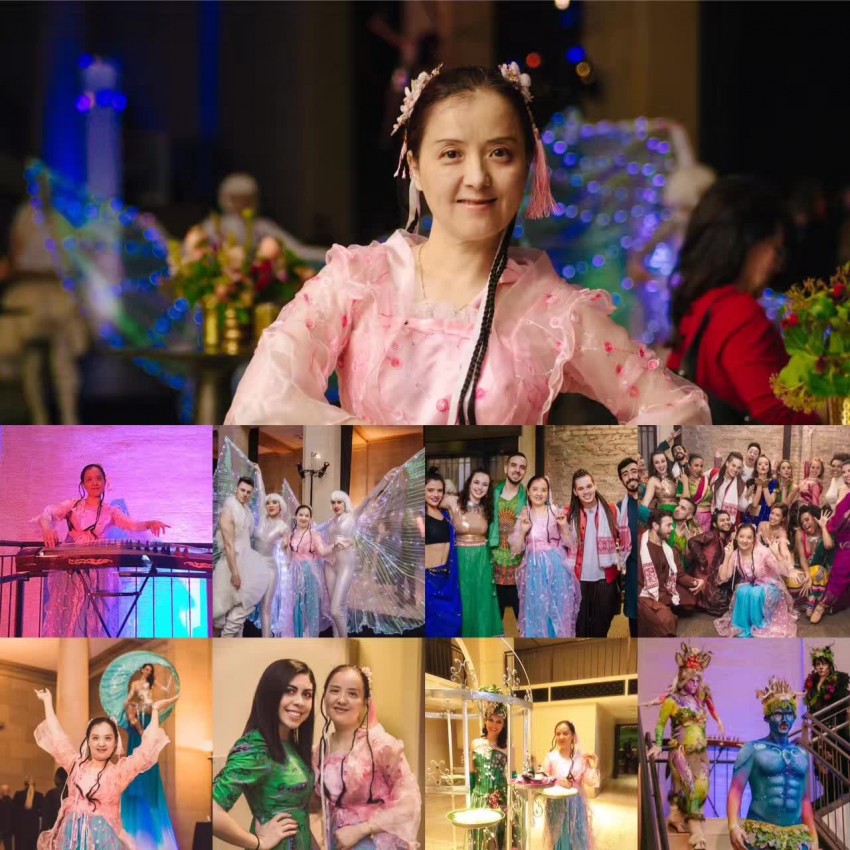 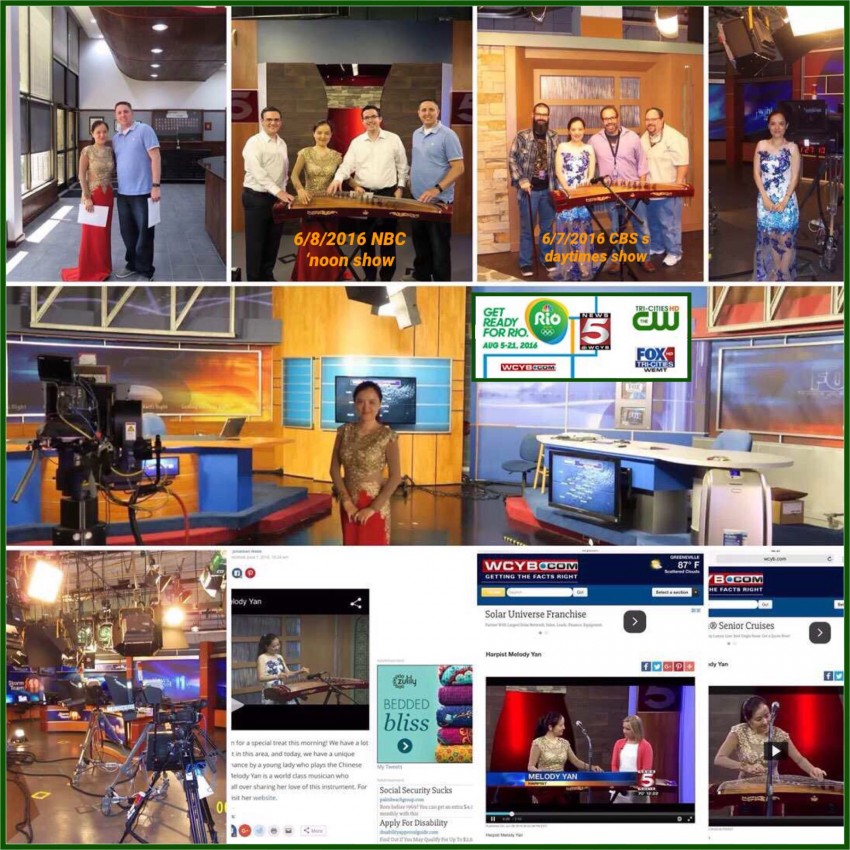 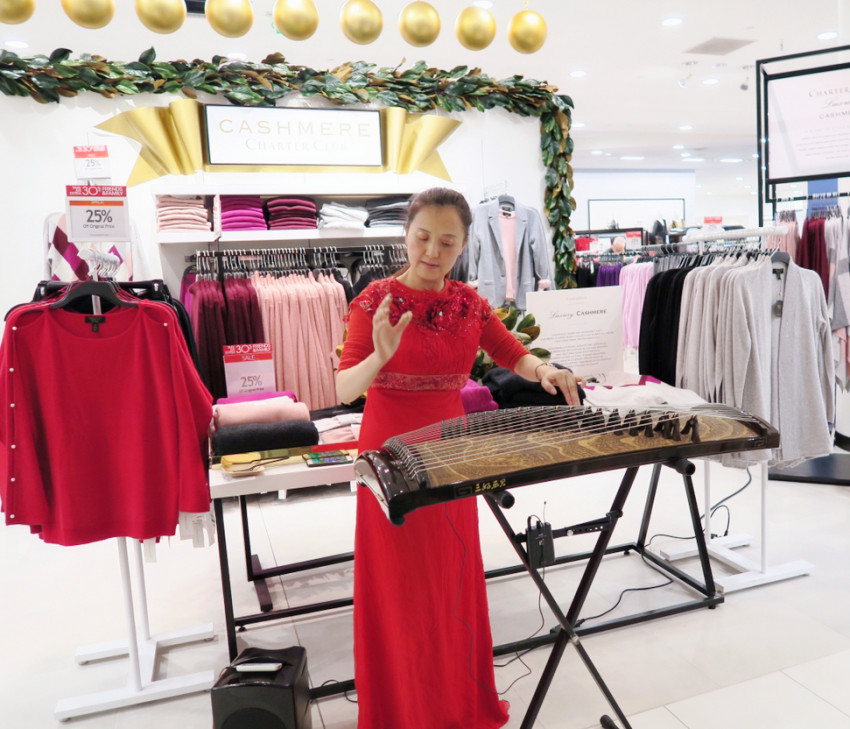 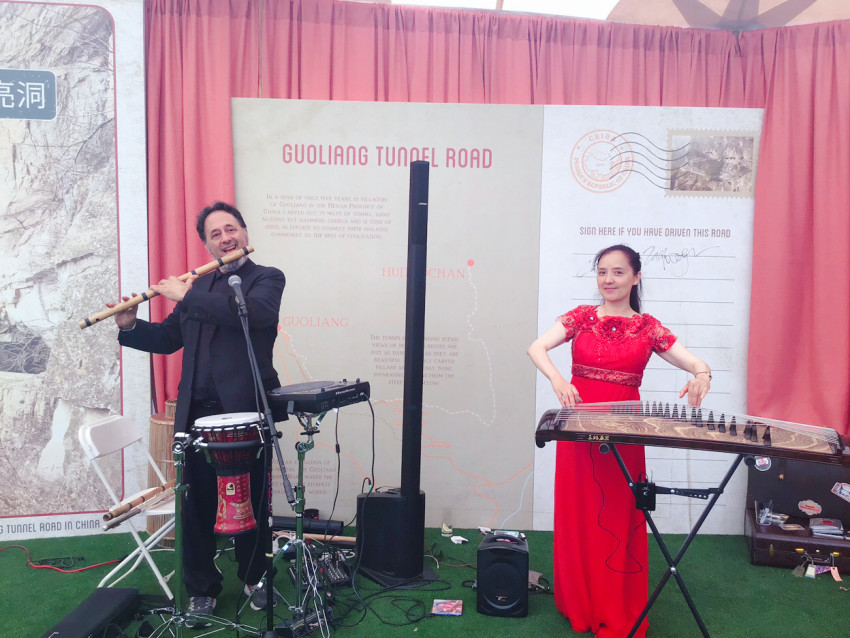 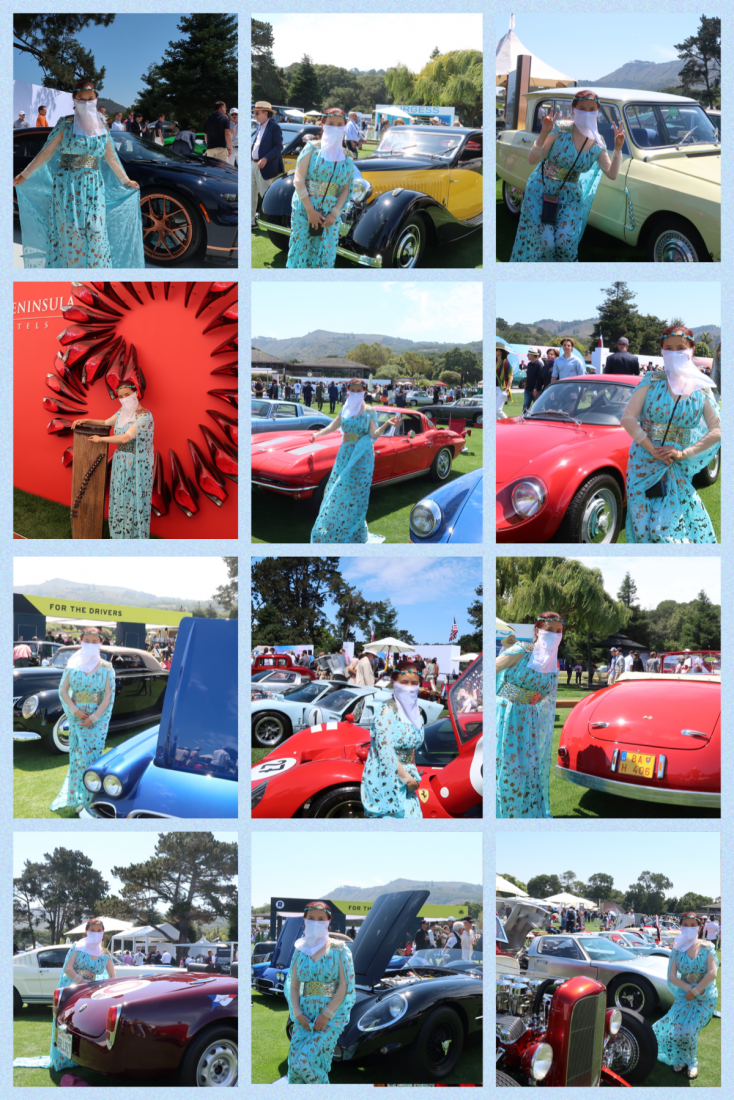 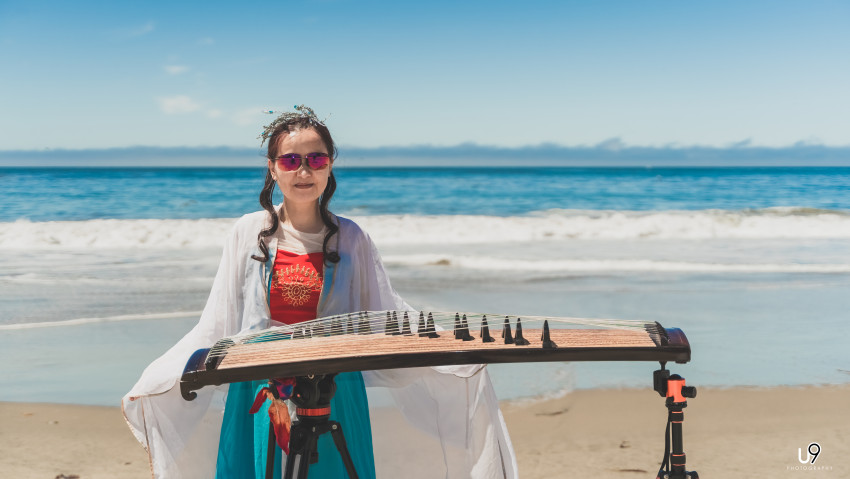 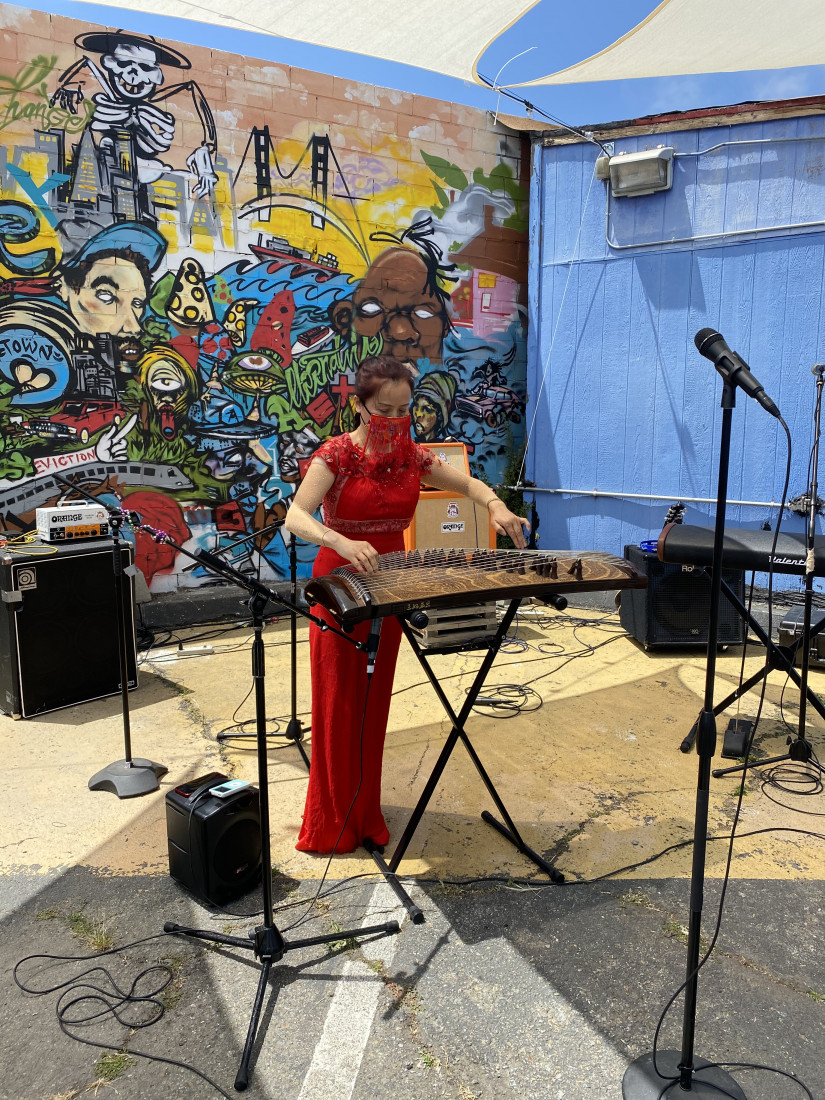 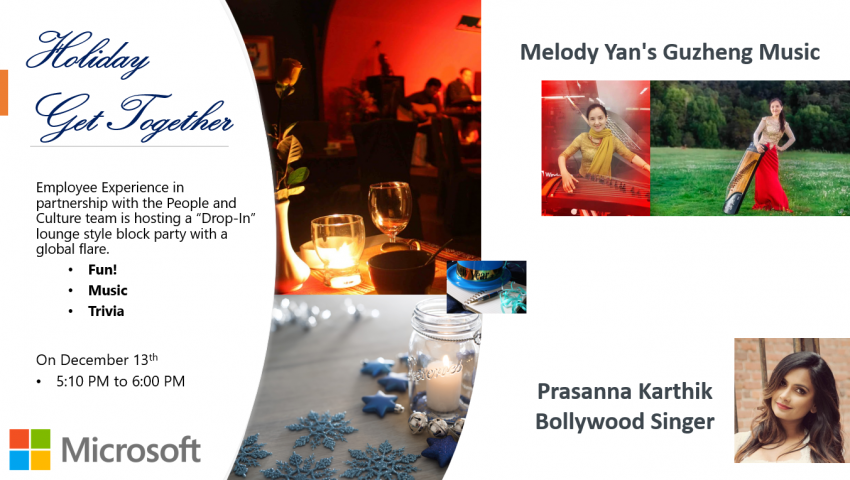 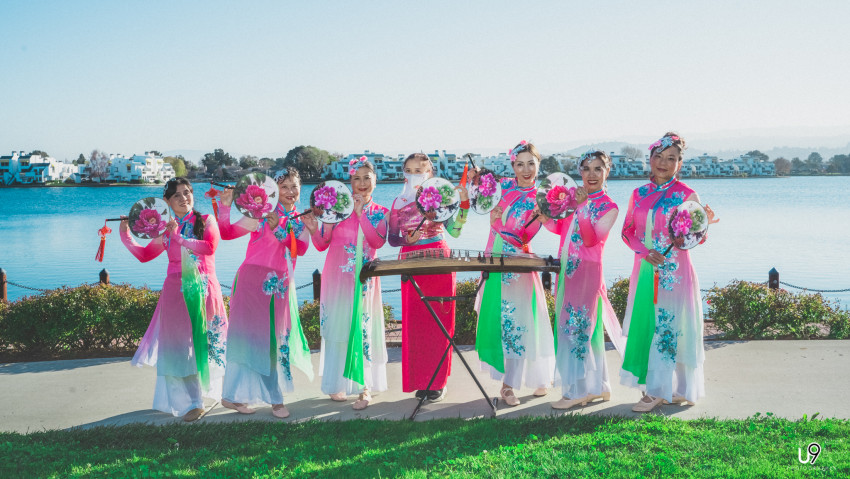 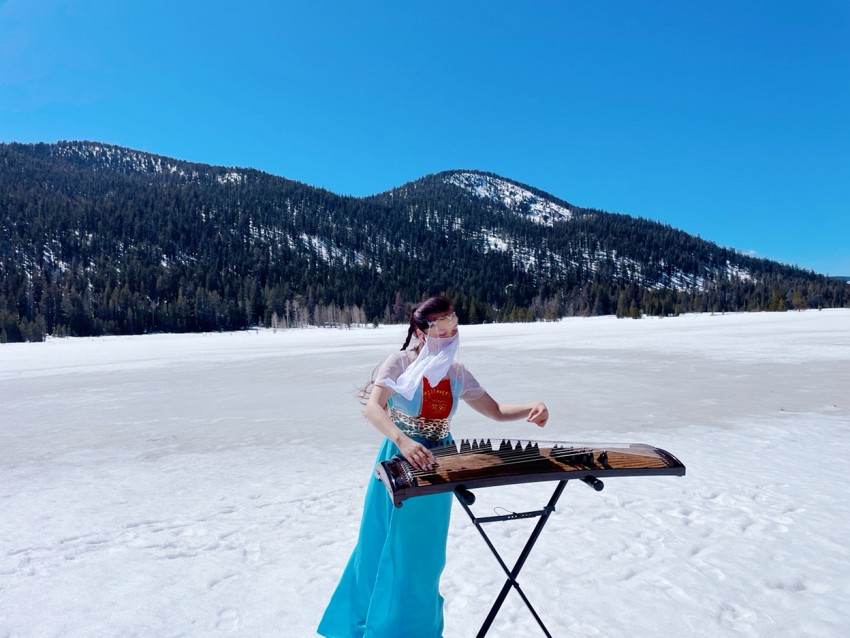 When I played for a wedding in black oak mountain vineyards 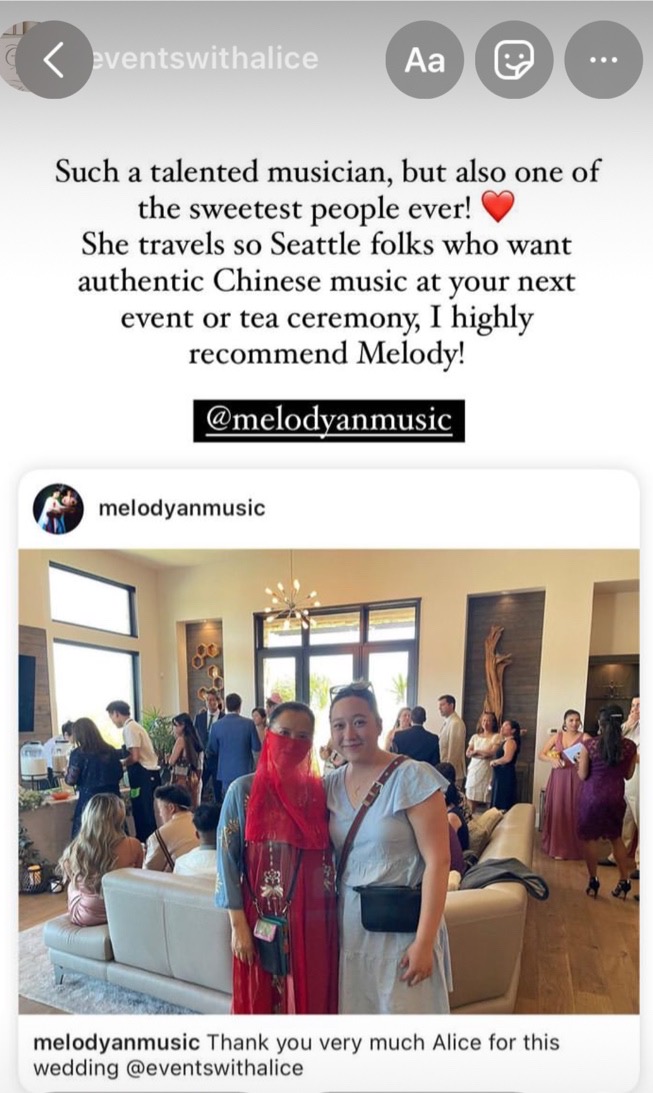 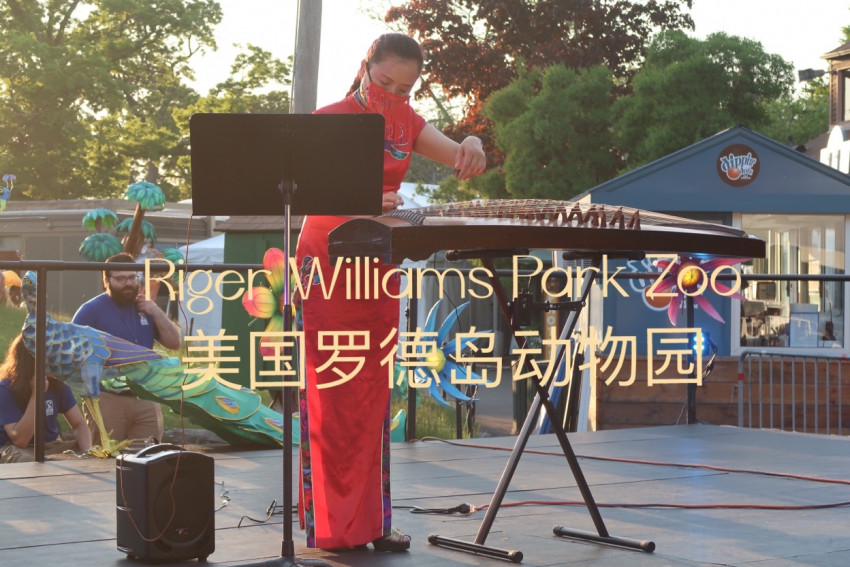 Guzheng is a Chinese traditional instrument with origins traced to Chinese Warring State period (475-213 BC) for a history of 2500 years. Its gorgeous sounds, coupled with the aesthetics of music shaped by Chinese culture, induce a wonderful state of tranquility in the listeners.

Melody Yan's Fusion Music is an incorporation of Western music with Chinese traditional musical instruments such as Guzheng. Melody seeks to expand her music beyond the traditional conformity, collaborates talented artists from different steps of life, and together create the kind of musical expression that makes life worth living.

Thanks to Melody for playing the GuZheng/Chinese harp at our wedding ceremony. It left a memorable impression on our guests who don't normally see Chinese traditional instruments played at a wedding. Melody was very flexible with song selection & listened to my requests. She accompanied my friend wonderfully while he sang during our ceremony portion. Thank you!

Thank you very much for invitation me playing for your wedding .

A joy to work with and a talent to behold!

Melody Yan was a joy to collaborate with even before we booked her for our corporate event. Melody's response time was very quick and she always provided wonderful information. Melody was a true professional in every sense of the word. Our attendees were incredibly pleased at Melody's talents as she played an eclectic mix of Modern American and Traditional Chinese songs. Looking forward to working with Melody on future events.

Melody is amazing! Great for my wedding.

We had Melody play during cocktail hour. She was a hit with the guests! Everyone loved her. She was able to fulfill song requests. She was professional, prompt and definitely a pleasure to work with. Thank you Melody! 10/10 would recommend.

We loved Melody so much at our recent Chinese Wedding Banquet which was postponed from 2020. I wish we were able to place her more up front because she's an absolute star. Her music is so beautiful and she played a variety of classics and fusion songs loved by all.

Melody is very easy to work with to prepare for song requests. Her assistant, Peter, can step in if there's a lot of details in English but overall, we had no issue chatting with Melody via email and Instagram. We are referring her services to all our friends and the events industry and hope to have an opportunity to hire her again in the future.

Amy
You are a happy girl ! I admire you . Thank you very much for kind words .

Melody is very talented and thoughtful. Before our event, she was very focused on exactly what we needed so that she'd be successful. When she arrived, she quickly set up with no need for help. She dressed and tailored her performance perfectly for our occasion. Multiple people commented on how perfect she was for our gala. I could not have been happier - thank you!

Thank you so much ! People are very nice and peaceful there . I really enjoy playing

Melody was a lovely addition to our intimate donor appreciation event. We requested that she play background music and she came up with a fantastic mix of traditional and modern songs. She was easy to coordinate with and brought great energy to the event.

We booked Melody for a Chinese book club event. Her response time was very prompt and she provided us with a variety of song choices ahead of the event date. Melody kept in touch via email in the time leading up the event date which was great. Our guests were very pleased with the performance. She played an eclectic mix of modern Western and traditional Chinese songs. We can only recommend Melody for one of your events!

This talented musician can adapt to many musical frameworks and is easy to work with for last minute changes and diverse musical styles. I am so glad we as a church hired her for our special yearly service.

Attended and performed for a mass at Unitarian Universalist Church in Livermore. Awesome people and beautiful church.

Thank you very much !

Melody Yan can perform classical Asian music, western music, and rocking roll music with an ancient instrument. It is a sensational performance, and everyone enjoys her music.

Melody offers delightful experience that mixes the beauty of the traditional Guzheng sound with a fresh and modern twist of contemporary music. She is sure to amaze any crowd!

Hired for a remote studio recording session, she provided her performance of the music as well as several variations. Excellent work.

Thanks Jacob . I m happy to finish it .

The quality and artistry of Melody's work is phenomenal. She has made our company's Chinese New Year celebrations very memorable for the last 3 years, and we are looking forward to collaborating with Melody in the future.

Jon, Thank you very much ! Really love our cooperation . Veey happy to hear that back . .

Melody did a nice job performing at our virtual Team Meeting. She was well setup to perform via Zoom. She is extremely talented and our team enjoyed this unique performance.

Thank you very much for supportting ! I m honour to play for your event .

This was one of our best attended events. Thank you Melody in providing such great music for our organziation. Appreciate all the focus and time you put into this. You were great in doing sound tests virtually. Additionally, we received many great compliments about the event.

Robert .
Thank you very much ! I m honour to play for Microsoft teams .

Virtual Event for company get together

This was a great event compliments of Melody's contribution as an incredible artist. We had a global company meeting virtually with most of Asia attending along with the Americas. It was a ton of fun and we received plenty of great compliments about Melody post the event.

I hope everyone who comes across her profile will book her. She plays beautifully and I was captivated right away. However, I had no idea that she would go above and beyond what is required. She offered to re-arrange the site as needed read and was easy to deal with, supportive, and a delight to plan with. I surprised my girlfriend and because of the lovely event I planned we got engaged! Thank you!

Melody provided great background music for our resource fair event, and is very talented. She was early to set up and brought her own equipment. We appreciated having here there.

Amazing music for the soul!

I wanted to do a pre-Chinese New Year celebration at our office since CNY officially starts this Saturday. Hoping we could celebrate at work. I arranged Dim Sum for lunch and was able to Hire Melody Yan to perform. She was amazing. Showed up prompt to set up her equipment. Her personality was so sincere and very sweet. It was the best lunch at work since we had Melody playing traditional melodic music, and some uptempo covers & jazzy songs. I highly recommend hiring Melody for any event. Will be keeping in touch for future events. Thank you so much Melody Yan!

Melody performed for our team dinner party in San Francisco and really brought the WOW Factor to our event. She blended traditional and contemporary songs easily, and everyone was truly delighted with her performance. We loved having her be part of the event and recommend her to anyone wanting a truly unique experience!

Thank you very much Adrianna Villafuerte and all friends there ! Enjoying it

Melody is very entertaining and delivers great service and fun! The music and vibes is great! We love her! Definitely hire again!

Great Performance for our Preschool!

Melody and her family came to our preschool to give a performance and our students really enjoyed it! Would highly recommend!

2013, via collaboration with a local New York’s Chinese performing art group, Melody Yan for the very first time experienced performing for non-Asian prestigious audience, with appearances at the New York Library, United Nations Headquarters, and Syracuse University.  Her group of artists were highly praised as as a strong representation of Eastern culture

In 1997, she led her orchestra of traditional Chinese instruments to win the best performance award in a competition honoring the historical 1997 Hongkong return to China.

In 2014, via invitation of San Francisco mayor’s office, Melody Yan participated the Chinese New Year performance.  The performance was overwhelmingly received and praised by many, including California State Assemblyman Phillip Y. Ting and California Board of Equalization’s member Fiona Ma.

Early 2015, Bay Area Council specially invited Sisi to their formal event for her unique style of music as part of their East-West collaboration representation.  Melody also surprised audience at the San Francisco’s Asian Art Museum with her unexpected selections of fusion music.  Writer Heather Jacks interviewed Melody Yan for her featured book “The Noise Beneath the Apple

National TV Appearance
June 2015, Melody Yan was consecutively invited to appear on NBC’s Noon Show and CBS's Daytime Show.  Never appeared before on American national TV was such exquisite instrument with 2500 years of history.  The TV hosts remarked with double astonishments, as they were not only treated with this delightful introduction, but also audience to American music performed on said instrument.  That makes Melody Yan the very first Guzheng musician to ever appear on American TV.

The San Francisco Marathon 2017 featured Melody Yan in which her live performance greeted 27,500 marathon participants as they embarked the 26 mile run around the city.  SF Bernal Heights Outdoor Film Festival 2017 also featured Melody ‘ performance.  The unexpected crowd was delightedly surprised by Voodoo Child, a 1968 American rock song by Jimi Hendrix.  They would have never guessed just by looking at Melody and her instrument walking on stage.

in November, 2017 the Robert Rauschenberg Exhibition at San Francisco Museum of Modern Art may mark the height of Melody’s career as a breakout avant-garde musician.  Robert Rauschenberg stands for his boundaries breaking, rules redefining unconforming spirit.  Melody found the approval and acceptance of such an elite crowd even more satisfying than how they found her performance.

March 2018, San Francisco KPOO radio station had a live broadcast interview for Melody featuring specifically her performance of “Born Under a Bad Sign”, an influential and award winning 1967 blue by Albert King.  Listeners took turn calling in to express their astonishment upon hearing such iconic song performed with such unique sound.

50,000 audience
In August, Melody learned that traveling 2500 miles to attend Knox Asian Festival in Knoxville, Tennessee was worth all the hardships.  The amount of visitors were record breaking. 50,000 visitors made this hot summer day even more sweltering.  Melody had never had such a number of audience all in one place. Hot food, cold drinks, and non-stop music were the attractions.  Sisi and her esteemed peers never felt so welcomed and appreciated. It came without surprise the performances were re-broadcasted for the next several days via local TV stations

Melody Yan for her extraordinary ability as performer of the Guzheng. Ms. Yan has created a bridge for the Western Ear to the ancient traditions of Chinese Music. She has done this through her study and adept performance of Western Pop music on her Chinese instrument.