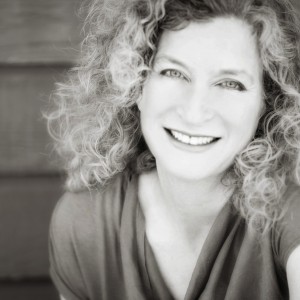 Hollywood film and television composer and pianist offering beautiful music for special occasions. I play everything from jazz, to classical, to Broadway show tunes, to New Age. I also play a lot of 1940's standards, and occasionally sing as well! I'd love to hear more about your event.

Lisa was great! talented pianist, but also coordinated with a great violinist to play music to set the mood for our wedding for several hours. Played all of our musical requests and was very professional and buttoned up throughout the whole process. Thanks Lisa!

Thank you so much Ahmad! It was a great pleasure and an honor to play for your beautiful wedding!

Loved having her play during the party.

Thank you so much Kevin! I really enjoyed playing piano at your beautiful event! Much appreciation!

Thank you so much Robert! I had such a lovely time playing at your party!

I always communicate with clients as to what music they’d like me to play, and try to accommodate their preferences. I have a large classical and jazz repertoire, including Brazilian jazz. I can also perform contemporary and New Age pieces.

Lisa Bloom creates music for film, television, ballet, musical theatre, and the concert hall: see her website at lisabloomcomposer (dot) com. Born to a very musical family and raised in the San Francisco Bay area, Lisa began composing at eight years of age and studied piano throughout her childhood. At the University of California, Berkeley, she studied musical composition, graduating with highest honors. Although in demand as an orchestrator and arranger, she continued to play piano at some of LA's most elegant venues, as she loves performing classical and jazz piano.

Lisa has composed a number of scores for film and television and has been much in demand as a film and television orchestrator for many years. Her credits include The New Lassie; Batman Animated; The Immortals; Dr. Quinn, Medicine Woman; The Stupids; Memoirs of an Invisible Man; Special Effects (IMAX); Rescuers; and several ABC specials. Lisa's orchestrations have been performed by the London Symphony and the Prague Radio Symphony. Lisa has also written three musicals, a full-length original score for the renowned Malashock Dance Company, and a variety of orchestral and chamber music.

While it is helpful for the venue to have a piano, I can bring a high-quality digital piano to the venue. My equipment allows me to provide bass and drum accompaniment.