Back to Irish / Scottish Entertainment 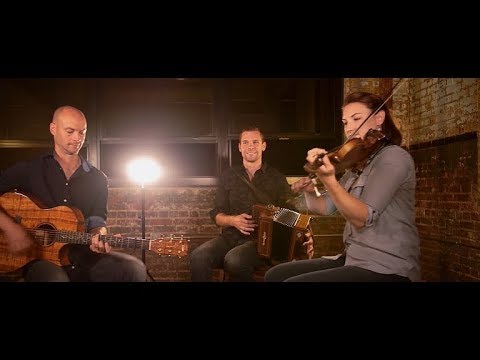 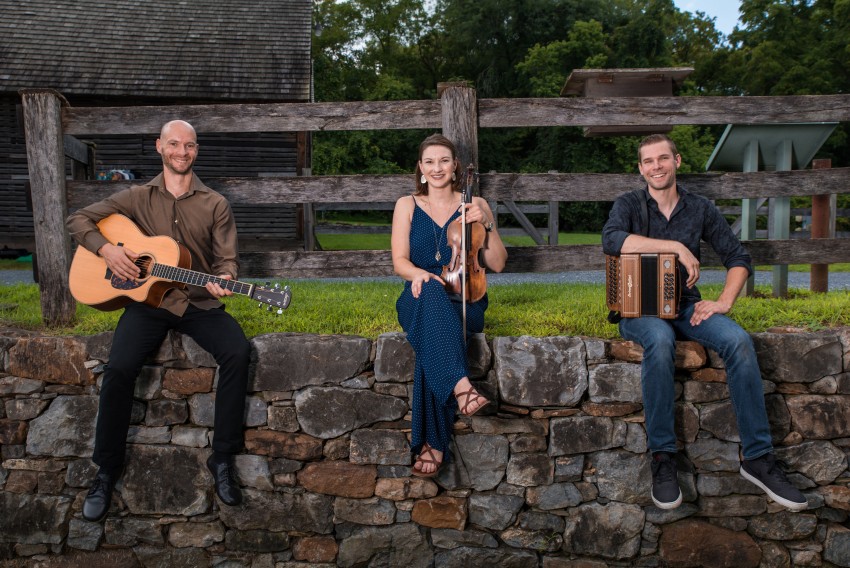 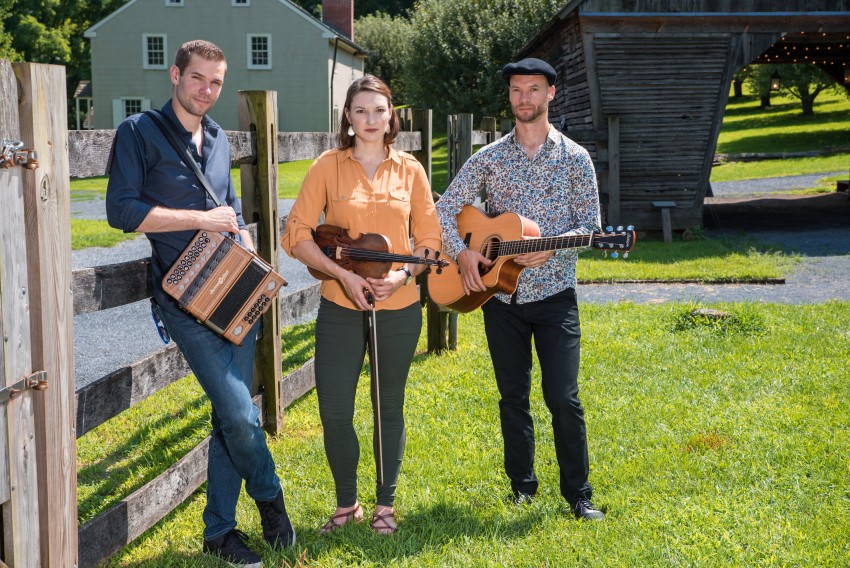 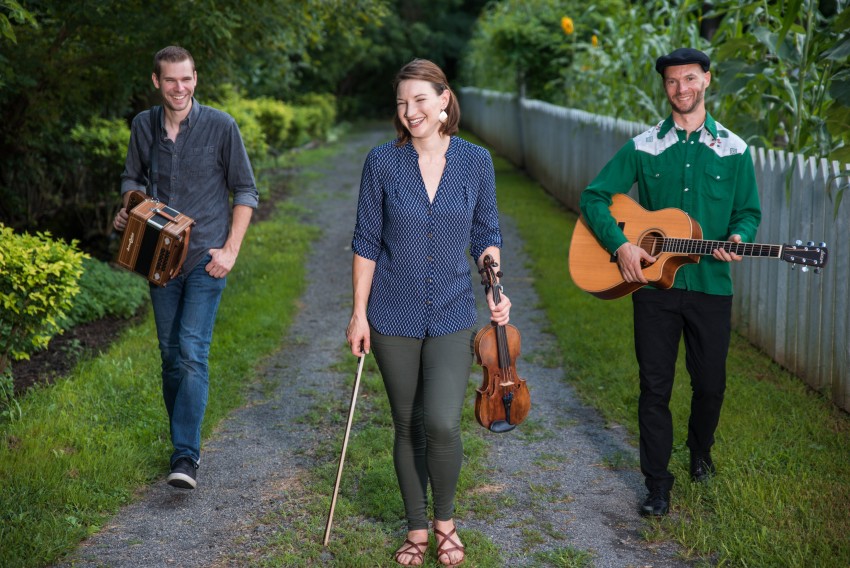 Poor Man’s Gambit is a powerful trio featuring three of the most accomplished young players on the scene. Combining fiddle, button accordion, guitar, bodhran, banjo, vocals and dance, this fresh and energetic band thrills crowds with their new take on traditional music.

Though initially formed as a pick-up band for some St. Pat’s gigs, PMG quickly realized that their combination of musical styles was too good to ignore. Achieving quick success, the trio was booked at most of the regional festivals after releasing their first demo, and within six months, they were headlining a tour of England and Ireland.

Poor Man's Gambit was the absolute highlight of our afternoon. Our team members haven't been in the office since March 2020 and it was such a delightful way to spend the afternoon together full of good conversations, good food and beautiful Celtic music. Our crowd was much larger in size than we anticipated and the sound quality of the band during the event was perfect. Corey was responsive and professional. The band showed up on time and the setup was as simple and easy as Corey said it would be. Last and certainly not least, the music! What a beautiful sound and perfect for our St Patricks Day themed event. Thank you PMG!

Poor Man's Gambit played wonderfully for our library's end of summer concert in the park. Their set had people up and dancing throughout the evening and also included many lovely mournful ballads. The crowd really enjoyed them.

Since I had never booked a band before, Corey was really easygoing and answered all of my questions. And they handled a few bumps in the road on the night of the concert like professionals. Hire them - they're great!

More Than a 5 Star Performance

Outstanding, Electrifying and all out refreshing. Corey, Dylan and Rose exceeded our expectations. We wanted a performance, we got a concert. Looking for a Celtic musical group, you found them. I promise, you will not be disappointed and you will have them coming back again and again.

Thanks to all 3 of you for the professionalism you've demonstrated and most of all for blowing everyone at our event away.

Great selection of music and music to get us up and moving.

Ken Altenbach
(a beyond satisfied customer, a life-long fan)

Corey Purcell came to my World Music university course to demonstrate Irish music for my students. In addition to helping the students understand the technical aspects, such as differences between Irish dance tunes (jigs, reels, etc), he also demonstrated playing techniques on the bodhran, button accordion, and even taught us some Irish step dancing moves in an interactive segment that allowed several students to participate in the presentation. Corey is not only a fabulous and versatile performer, but is also skilled at elucidating the nuanced aspects of what makes Irish music so unique. The students were clearly engaged and Mr. Purcell achieved a good balance between lecturing and performing that made for an entertaining and informative afternoon. He was able to smoothly field all questions posed by myself and the students, a clear indication of his extensive knowledge of Irish musical culture. He struck a good balance between entertainment and professionalism, and I was very pleased with the event. Much fun was had by all, and I hope to have Corey Purcell back for future semesters!

Poor Man's Gambit was an absolute hit at our wedding. They perfectly added a unique touch to the event and entertained guests with their outstanding musicianship for the cocktail party of our wedding. Our guests were extremely complimentary and appreciative of their performance, and we are glad we booked them because they were exactly what we were looking for. We will definitely be going out to some of their future shows.

Corey and Genevieve of Poor Man's Gambit sounded lovely with fiddle and guitar. They were on time, professional and charming. I asked for no acoustics and it worked out very well as the duo strolled the tables while residents dined. I was very pleased and would highly recommend this talented group!

Initially formed as a pickup band, the trio quickly realized that their combination of musical styles was worth pursuing as a more permanent venture, as they are set apart by not only offering a varied array of instrumental combinations, but also by including the visual (and audial) element of dance.

Building on their roots as traditional Irish musicians, the trio's repertoire is also influenced by traditional music of other cultures including France, Scotland, England, and America, some of which can be heard on their latest release 'Kind Providence'. Several original tunes have also been included on the album including a waltz 'The Second Goodnight, and a jig 'The Nickel Plated Shoe'.

Poor Man’s Gambit’s members have had the honor of appearing as featured performers with such internationally recognized acts as The John Whelan Band, Danu, and Ireland the Show.

Poor Man's Gambit's repertoire includes but is not limited to the follow songs: