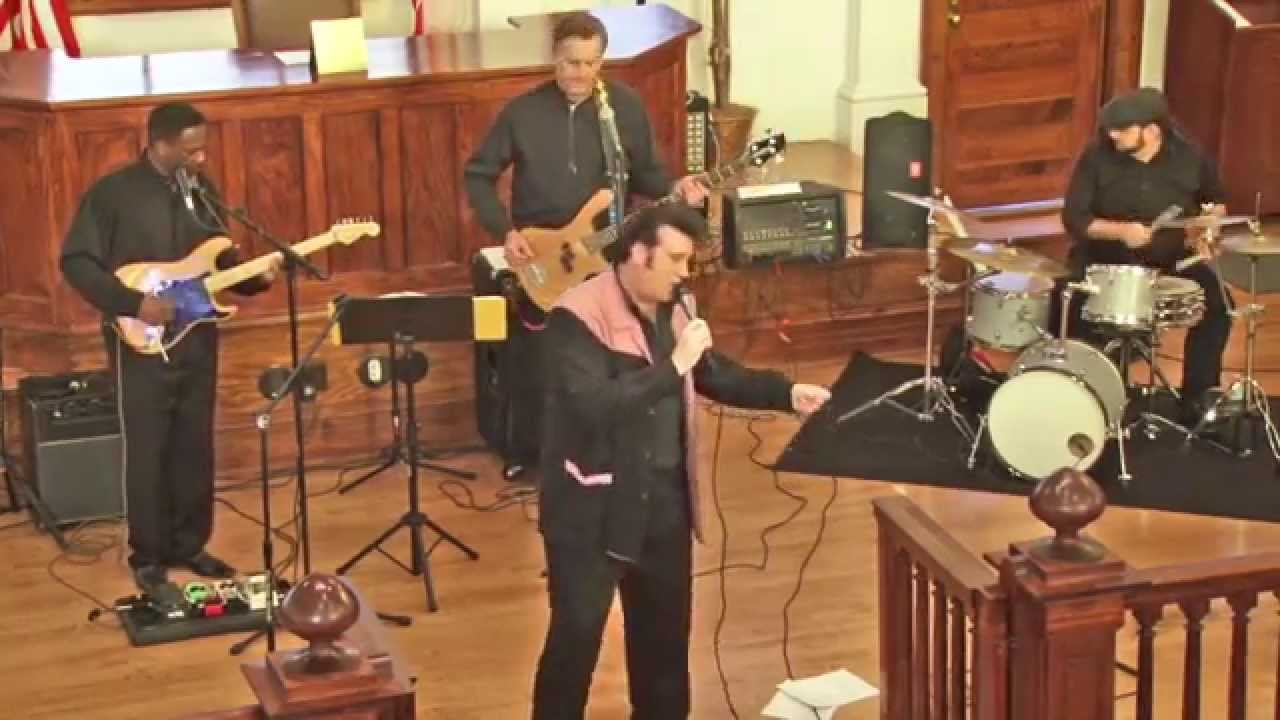 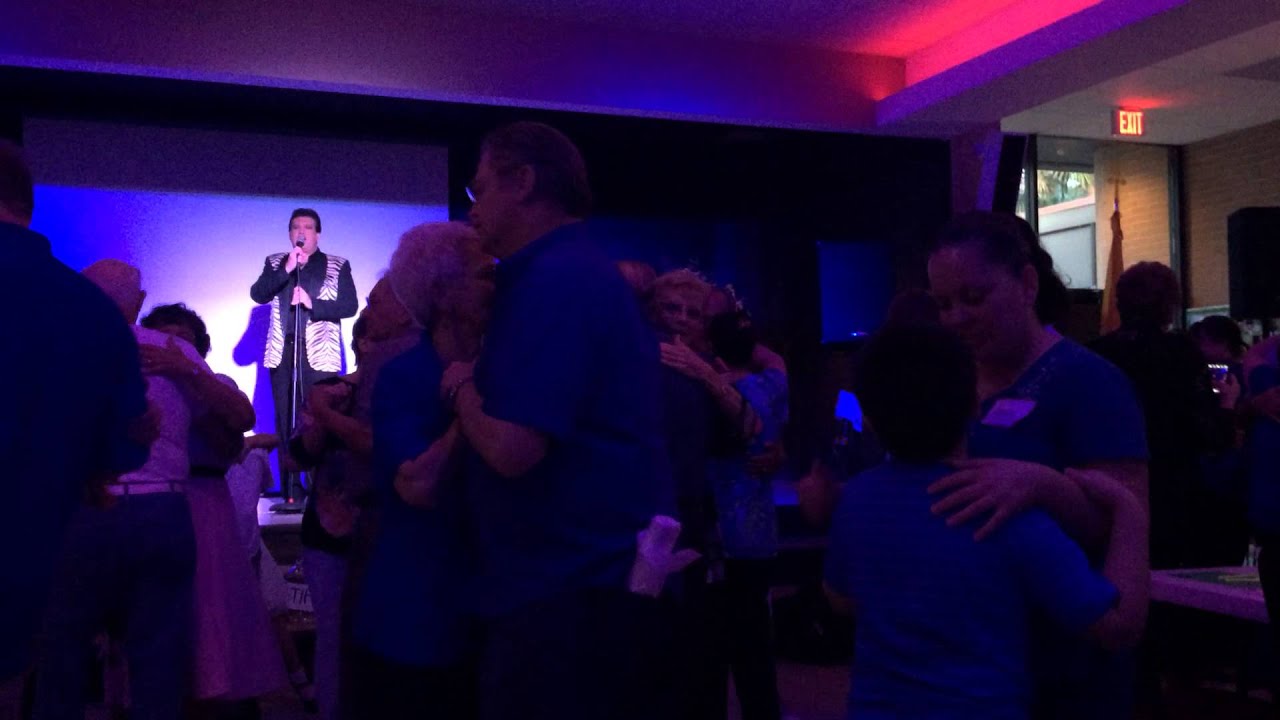 "Then You Can Tell Me Goodbye" 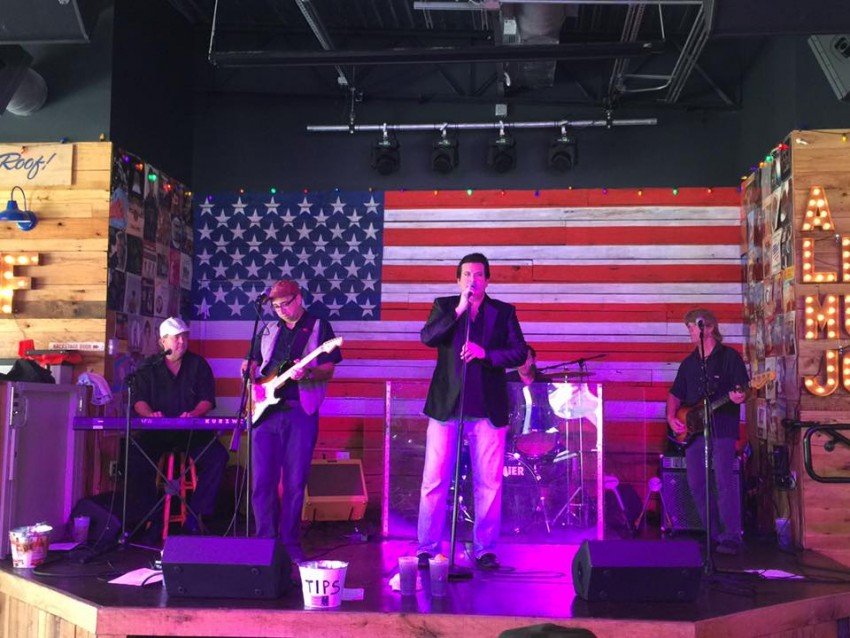 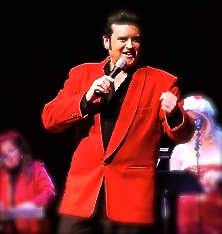 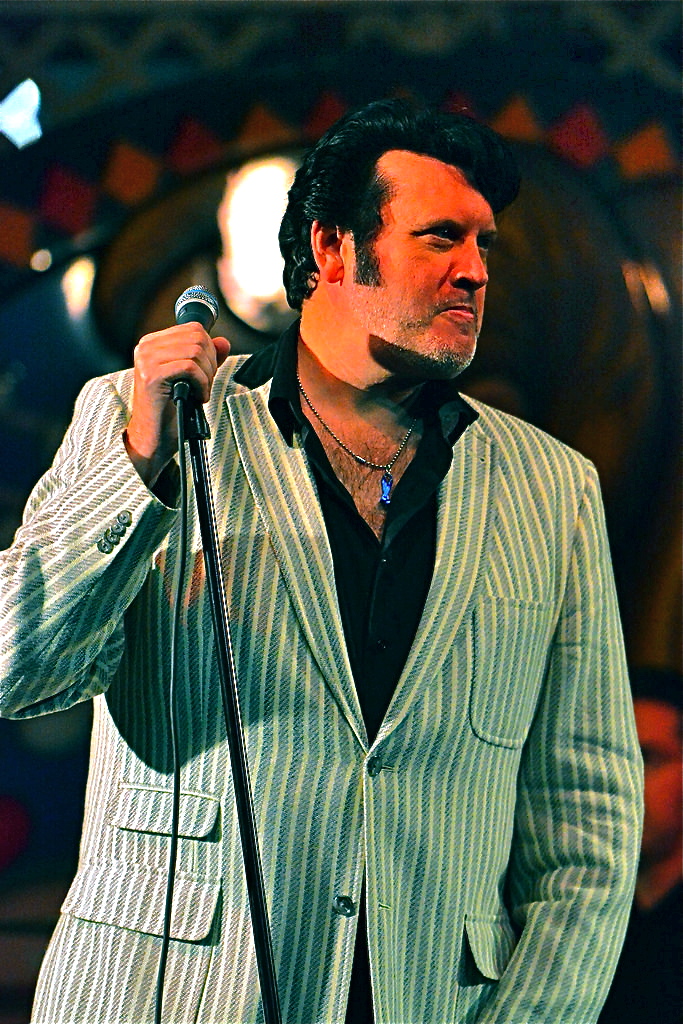 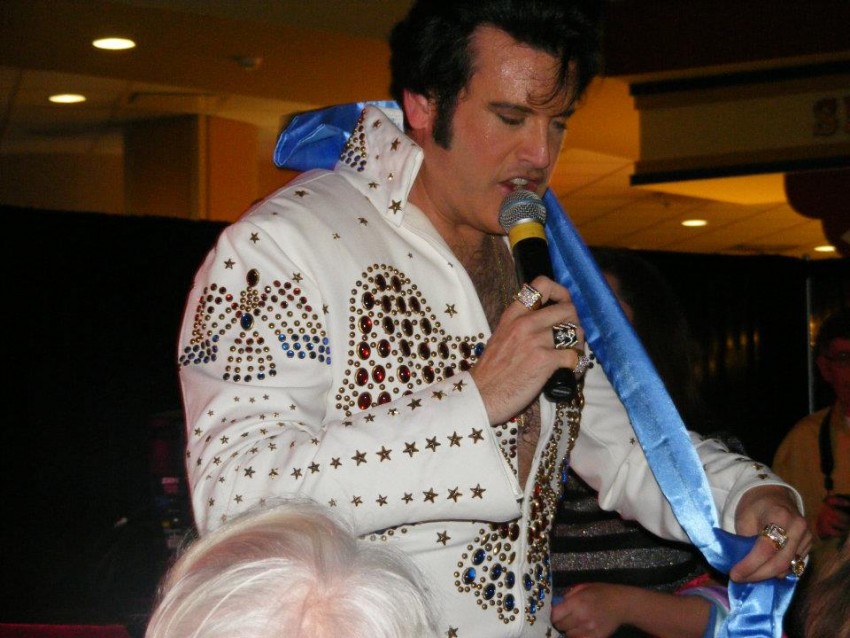 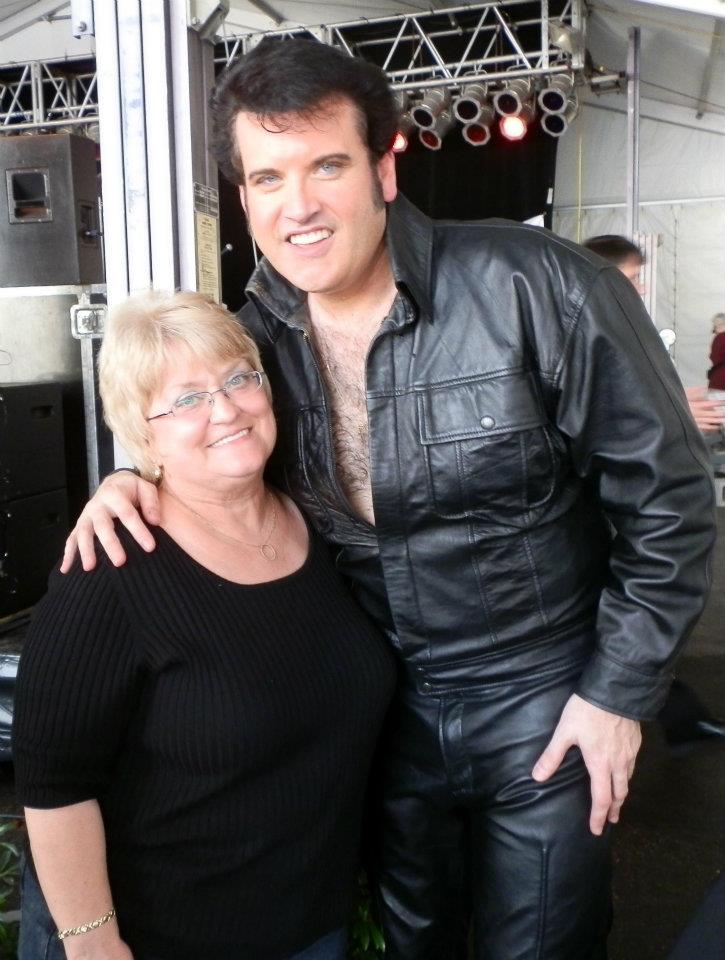 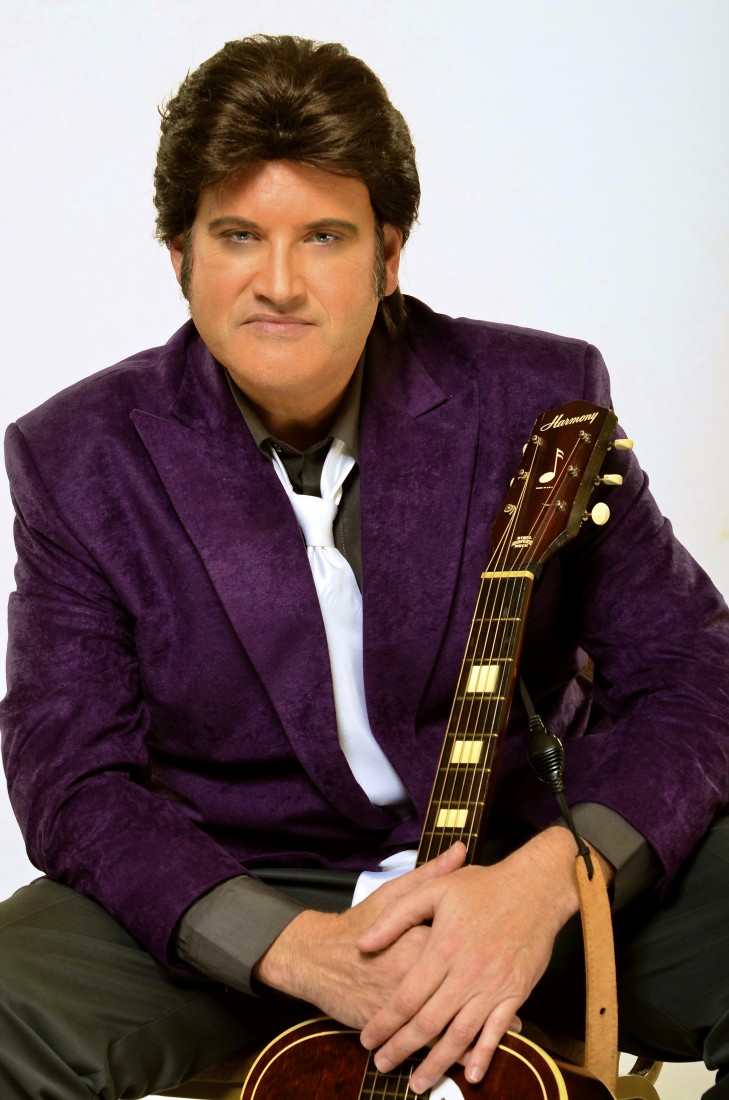 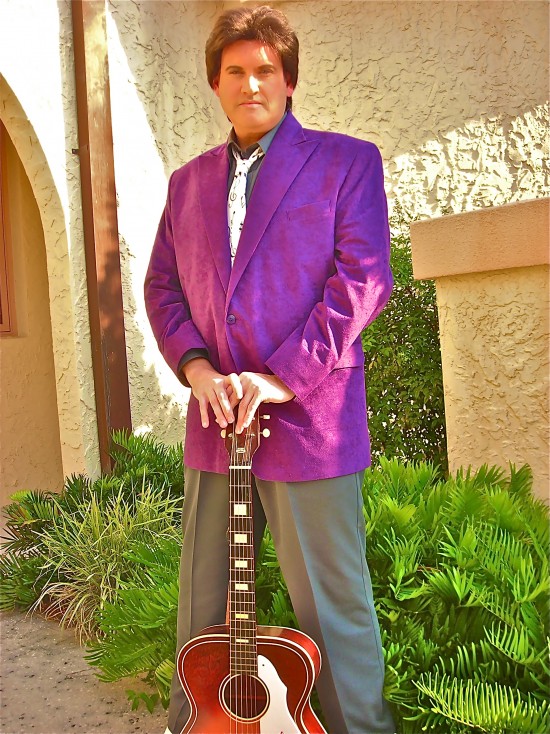 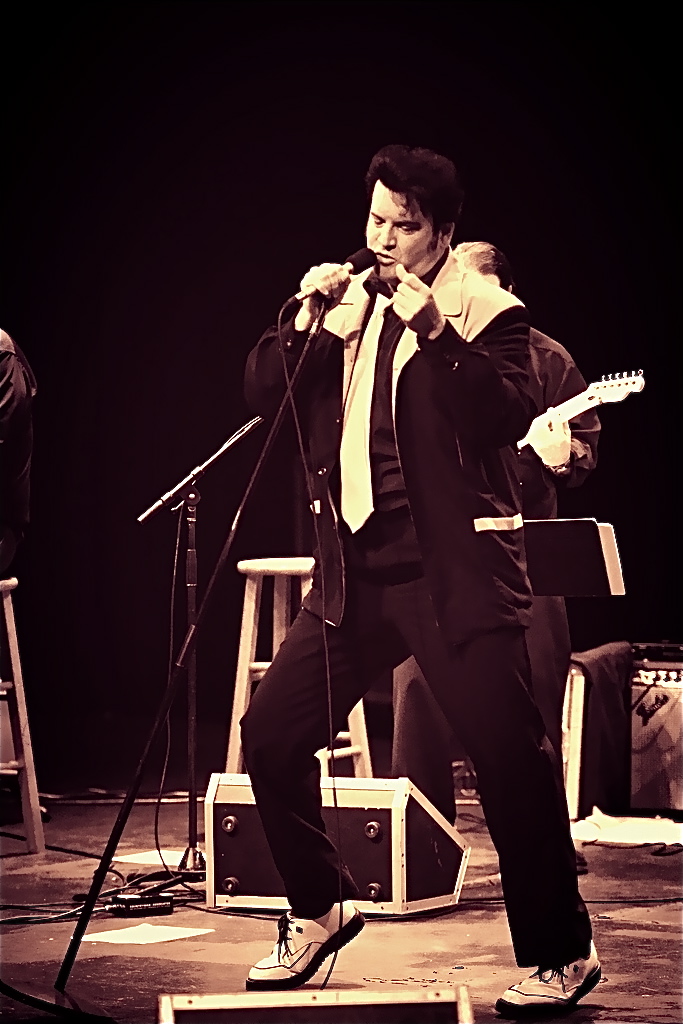 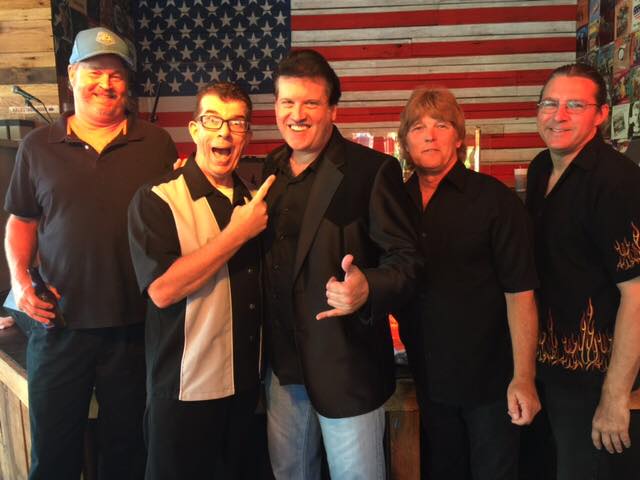 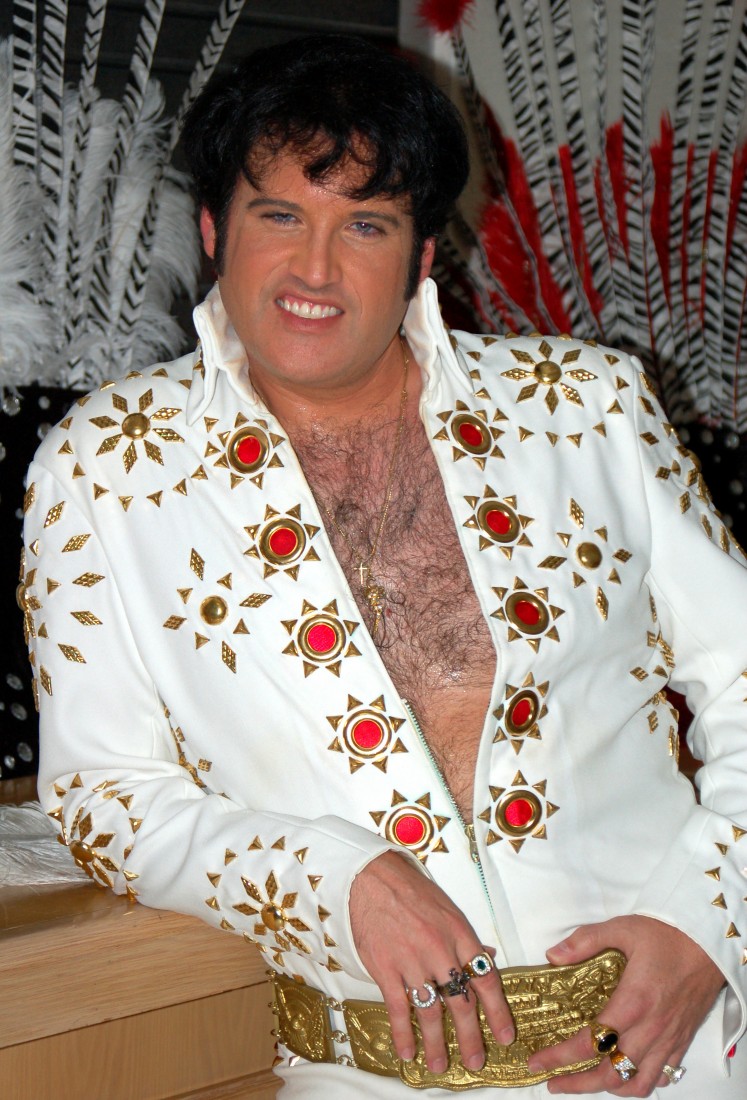 Peter Alden Entertainment is keeping the classics alive with second-to-none performances dedicated to reliving the musical magic of the 50s and 60s!

Looking to really liven up your next event? Want to fill your venue’s dance floor?

Peter has performed to acclaim across the country and in many parts of the world including Wales, Beijing, Singapore, Vancouver, and Puerto Rico. Whether it be with his masterful tributes to legends like Elvis Presley and Ricky Nelson or rocking good sets full of your favorite rockabilly, doo-wop and boogie woogie gems from the golden age in music, Peter Alden will provide exciting entertainment and a night your guests will never forget!

The best Elvis Allengang Entertainment has worked with

Peter is a true professional his stage performance and vocals are second to none. We at Allengang Entertainment and the Suspicious Minds band love to work with Peter we know the crowd will get the best of the best when Peter takes the stage. His solo act or fronting a 7 piece band his act is the one you will remember.

Thunder In The Valley

Just saw "Elvis" at the motorcycle rally Thunder In The Valley in Johnstown, PA today. It was great! Could not get over how much he sounded like Elvis & he had the moves!

I have been an Elvis Fan most of my life.Peter's Elvis Christmas show in The Villages was amazing. I closed my eyes and listened at few occasions throuhout the concert and it sounded like Elvis was alive on Stage.
Thank you, Mr. Alden

Review by Dave B.

While the early stages were much too loud for me, by the intermission, either I had adjusted to it or the level had diminished. Paul presents a real nice show and Adkins displayed a marvelous solo.

Peter offers a multitude of booking options at different price ranges - as they vary greatly, please contact us via the information at the bottom of this page for an exact quote!

1. Meet & Greet (with no performance)
Minimum two hours. Performance may be added for additional fee/hour.

2. One Man Performance (with backing tracks only)
A 90 minute performance. Package includes sound technicians. Time may be added for an additional fee.

NEEDED FOR SETUP:
Early Access for Equipment Setup and Sound Check
Green Room for Pre-Show and Post-Show Preparations
If Client chooses to provide sound, a tech rider will be provided

PETER ALDEN
Peter's love of music is no surprise as he comes from a musical family. He attended Florida Southern College, a small liberal arts college where he was heavily involved in both the music and theatre programs. He studied voice with New York Opera performer Beverly Wolff, who was also on the music staff. Classically trained, Peter possesses of a six octave range and also has perfect pitch. He has performed lead roles in both dramas and musicals including "Carousel", "The Fantasticks", "A Comedy Of Errors" and "The Diviners". It was, however; in the production of "Bye, Bye Birdie" that Peter zeroed in on a calling. "Birdie" was a musical that focused on an Elvis-style singer being drafted into the army. The director put together a small rockabilly band to add some realism to the character's songs. Peter and the band stayed together and began playing at fraternity parties doing a variety of rockabilly and Elvis songs, thus starting him down the Elvis tribute artist path. Some of the highlights during this early period included a week long engagement at Libertyland in Memphis during Elvis Week and a sold-out show at the "House of Blues" in honor of Elvis's birthday. This led to an audition in Las Vegas for the show "Legends in Concert." He was later contacted by Legends and spent many years with the show performing in various locations including Branson, Myrtle Beach, Pittsburgh, and Dallas. The show also had a long term contract on the Premier cruise lines flagship The S.S. Rembrandt. Peter and a fellow cast member who did a tribute to Roy Orbison joined forces and created "Elvis & Roy: The Lost Concert" a tribute show that ran in a theater in Nashville, Tennessee for six months. Peter arranged several medleys that combined the music of Elvis and Roy Orbison for a unique concert presentation. Peter has performed his tribute show across the country and in many parts of the world including Wales, Beijing, Singapore, Vancouver, and Puerto Rico. He is considered by many fans as the "hidden gem" in the Elvis world because of his resistance to singing in contests. Although these contests may help raise the awareness of a "rising star", Peter prefers to be seen on stage as a performing artist. His fans appreciate his talent and rank his tribute to Elvis as one of the absolute best in the world.

Peter Alden presents his newest show "Mr. 57" a salute to the 'idols' of the 50's & 60's! This exciting new show includes some of the best loved songs from Bobby Rydell, Fabian, Ricky Nelson, Bobby Darin, Dion & The Belmonts, Elvis and many more!!! If you like the music of the 1950's & early 60's you'll want to be sure and catch this show when you can!!

Eager to 'stretch' his entertainment chops, Pete added 'Show host' to his list of credentials when he recently joined the cast of a Central Florida dinner show, "Rat Pack & Friends" as a 'Joey Bishop -style' emcee/comedian. Peter has also emceed other 'Rat Pack' shows as himself as a singer/comedian/host.

For a "Tribute To Rick Nelson" song list examples include: