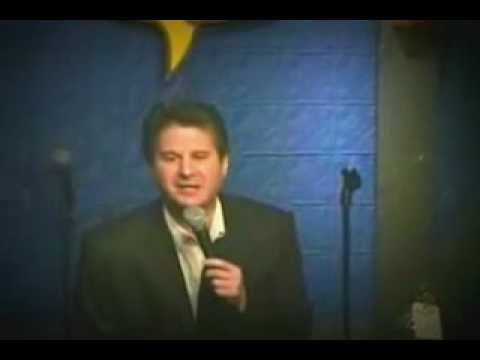 Almost Live From NY it's the Comedy of Peter J. Fogel 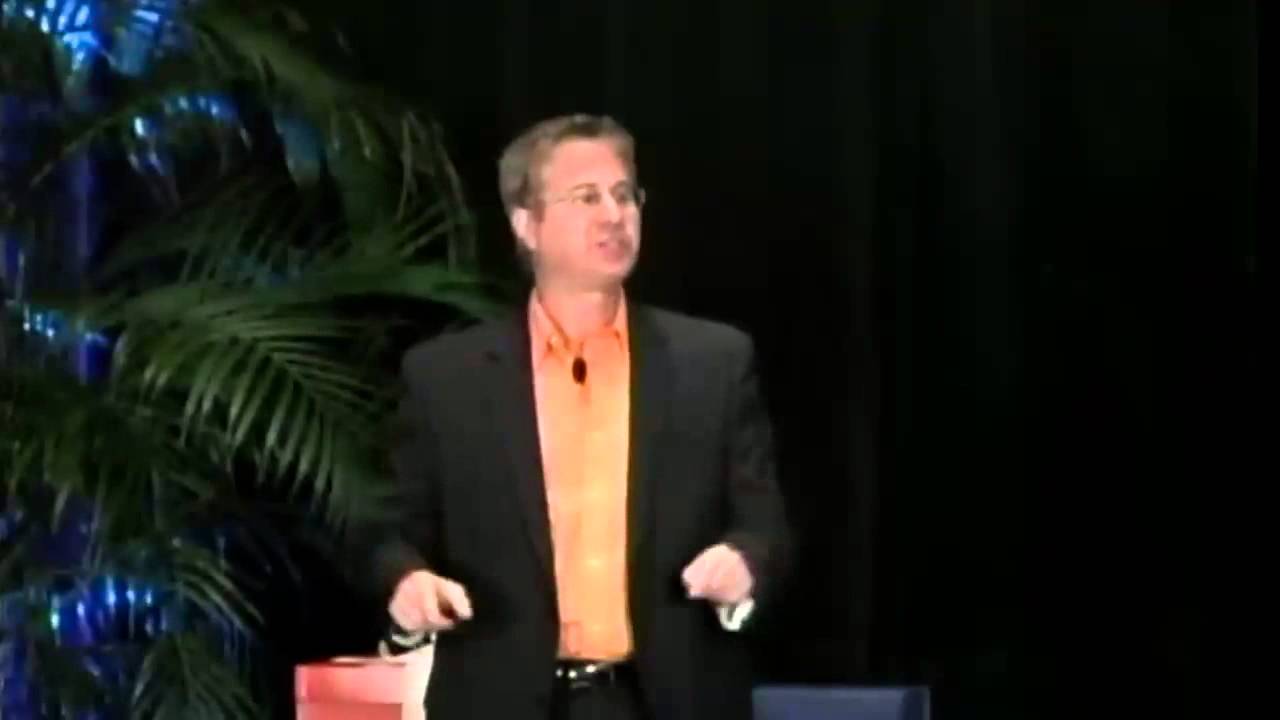 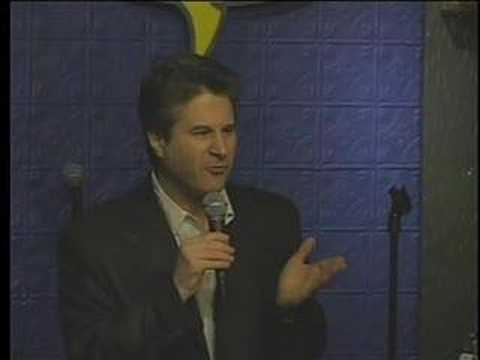 The Laughs continues with Peter Fogel 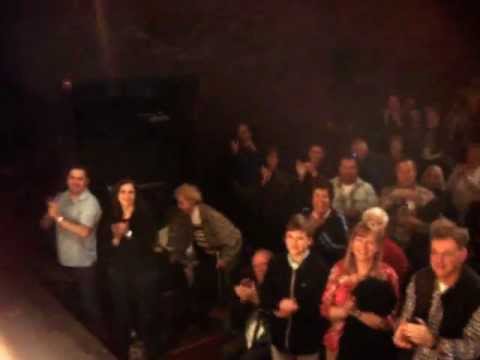 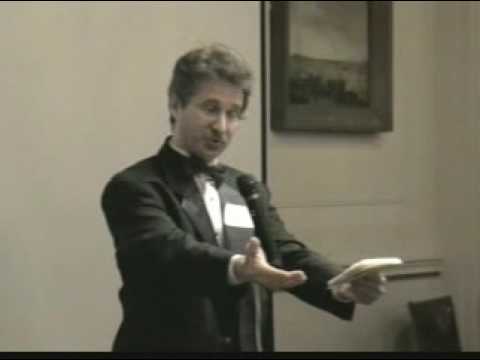 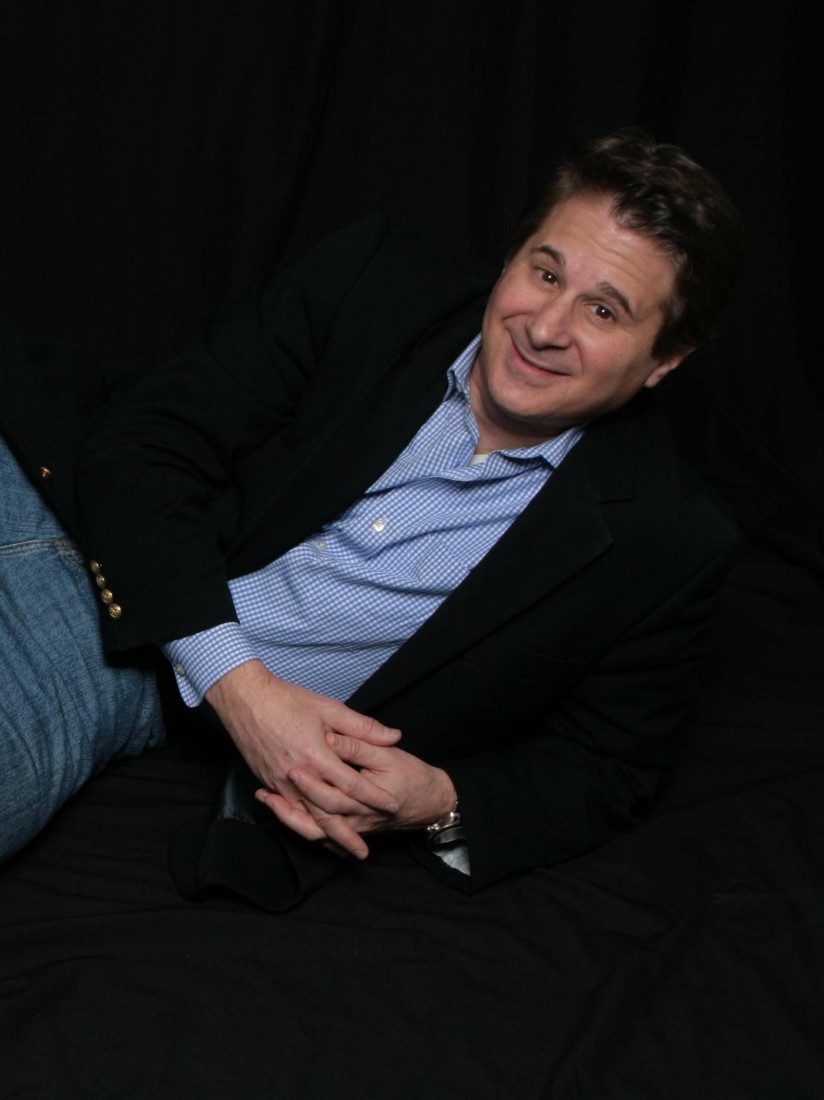 Peter Fogel on The Morning Show 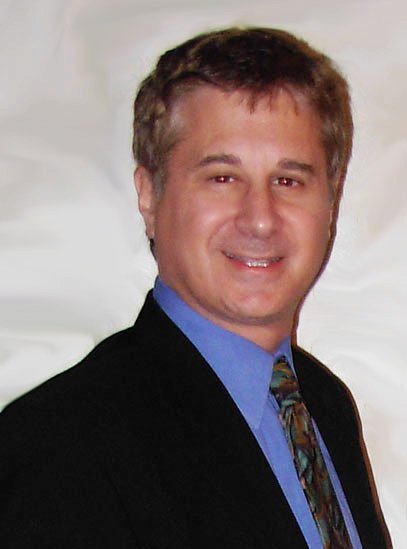 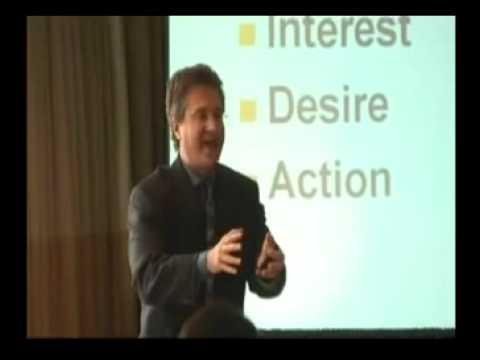 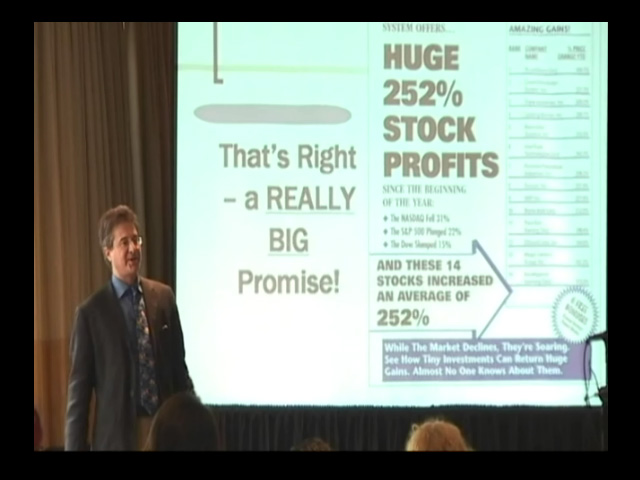 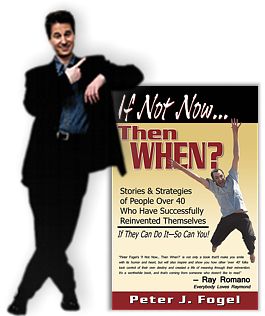 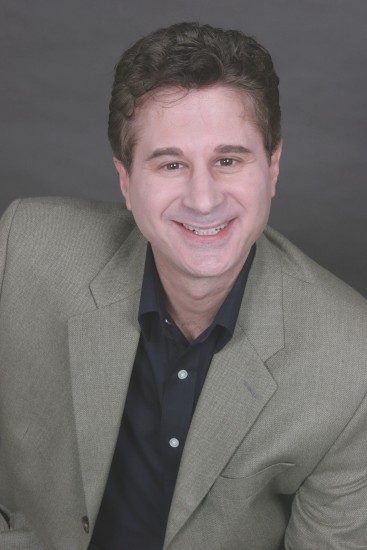 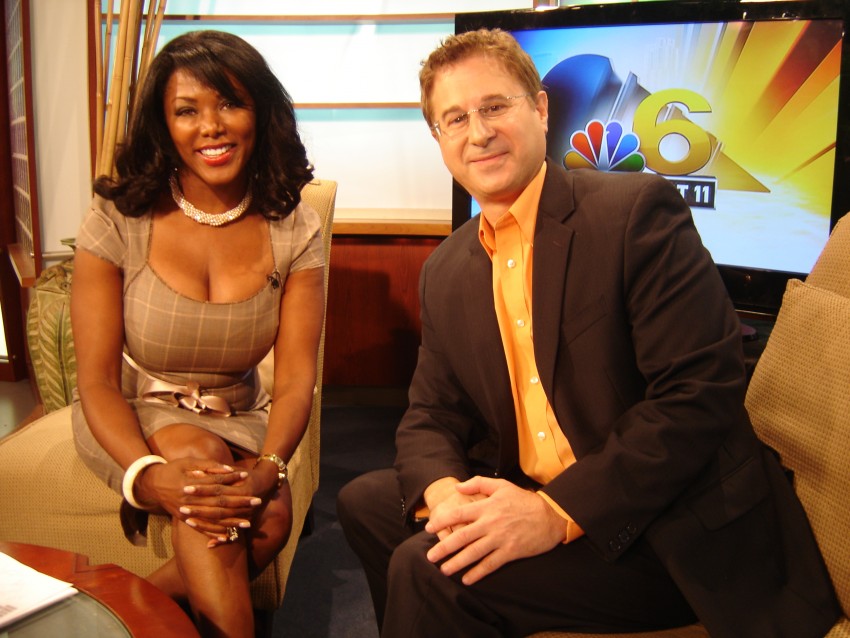 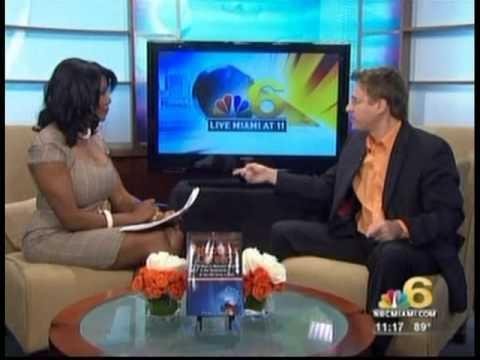 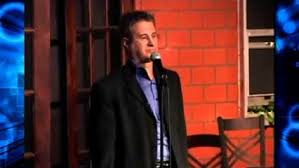 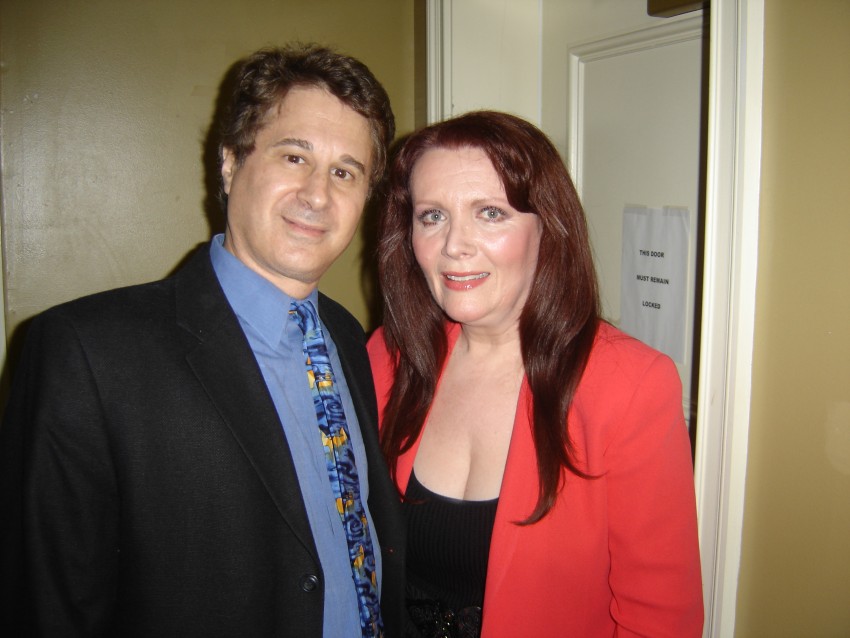 Want an award winning, clean, high energy, motivational/keynote speaker, corporate humorist, and emcee from Delray Beach Florida? Well, look no farther. Peter has appeared on over 15 television programs. With his proven track record of excellence, he can deliver you a memorable, customized, improvisational hysterical presentation. Whether it is MC'ing an awards ceremony, motivational speech, or giving a solo performance, YOUR satisfaction is guaranteed!

If you have any questions, or need a quote for an engagement... contact Peter for a FREE 15 Minute No-Obligation Consultation

Peter is absolutely outstanding! He captivated the entire audience from the beginning to the end, laughter filled the auditorium and they're still raving about Peter.

Highly recommend for any type of adult evening.

Peter Fogel appeared at Temple Beth El Israel on December 6, 2014 and his show was Fantastic. Peter substituted for another comedian years ago and we knew we just had to have him appear again. His audience was kept laughing the whole time and had a wonderful time. I recommend anyone who wants a wonderful show have Peter Fogel perform.

Peter performed at our law firm's holiday luncheon in December of 2014. He was incredibly funny, adaptable and provided some levity during the lunch. Our staff loved his fun loving roasting of their colleagues.

I would definitely recommend Peter to other organizations.

"I hired Peter for a corporate event. He customized the show, was a total pro and easy to
get a long with. He underpromised and over delivered. Audience loved him and I have hired since for other engagements. He's what we call in the hospitality world, "a sure thing...!"

It was a lot of fun. And a pleasure doing business with you.

"We hired Peter Fogel to perform at a theater in Philadelphia and he did not let us down. He had the whole place in hysterics. Funny, clever he customized the material. You can go wrong hiring Peter for your next comedy or speaking event!"

I had Peter entertain at my dads 85th birthday party. He asked for personalized info about my dad and used it in his show. He made our evening tremendous fun! Highly recommend for a funny and fun time!

Dear Peter,
What can I say? You actually out did yourself from last year's AWAI’s Fast Track to
Copywriting Success. Your customized Award Ceremony power point presentation and
comedy roast hit the mark this year!
I'm sure you can tell from the crowd and the other speakers how much they enjoyed this
event. It was truly a welcome addition and perfect conclusion to the intense three-day
workshop.

PETER WAS SO FUNNY, PROFESSIONAL AND EASY TO WORK WITH.

After writing and starring in MY Mother's Italian, My Father's Jewish & I'm in Therapy; I needed a comic/actor to take my place on tour. I auditioned over 40 actors and selected Peter Fogel. After hundreds of performances around the country; I know I have the right guy---so do the audiences.

Its is a sheer pleasure performing this role. It is a lot of fun and the audiences are quite appreciative. The story and characters really resonate with them.

"I engaged Peter's comedic and motivational speaking talents for a company retreat. Peter's enthusiasm for the event, along with his ability to improvise and customize his material for our company event was a delight to watch. His hilarious humor and message really hit home with our audience. Weeks later, I was still getting positive feedback from those who attended. Peter was always professional, easy to work with -- and he really added his own personal touch to his performance. Best of all, he made me look great for hiring him!"

Fun gig! Lively audience, Mr. Jackson was a fine host with a great sense of humor!

As a studio audience warm-up, he’s worked on many programs including Whoopi, Hope and Faith, Married With Children, Men Behaving Badly (with Rob Schneider), Unhappily Ever After and The Howie Mandel Show. He’s also hawked products on TV and radio for such sponsors as Mazda, American Express, and Wisk Detergent. (Peter was the Ring Around the Collar Man).

His comedy material has been quoted in the ComedyQuote Dictionary (Double Day 1992).

Peter proudly belongs to the Writer’s Guild of America and was a member of the famed Warner Bros. Television Writers Comedy Workshop (class of 1999) He’s also written for the writing team of Blake and Jackson (Sliders, The Adventures of Lois & Clark) and for Germany’s #1 sitcom — their only one — “Rita’s World.”

He is the best selling author of the book,:"If Not Now... Then When? Stories and Strategies of People Over 40 Who Have Successfully Reinvented Themselves" and the soon to be released book, "Reboot Your Career - 27 Ways to Reinvent Yourself in the Workplace... if you Still Have a Job" (link hidden)

Currently, Peter performs at private functions as well as gives keynote speeches on humor and reinvention to corporations and associations. In addition he teaches entrepreneurs public speaking and comedy writing techniques. Presently, he is the National Tour Star of the hit one man comedy show, "My Mother's Italian, My Father's Jewish & I'm in Therapy!" one of the longest running one man show's in theater history.

Judyvsherman said “The best of the best. He will make your event beyond fabulous”

Andrea C. said “Stephan was fantastic and such a pleasure to work with. The kids and adults were mesmerized by his magic and the birthday girl was over the moon to be…” 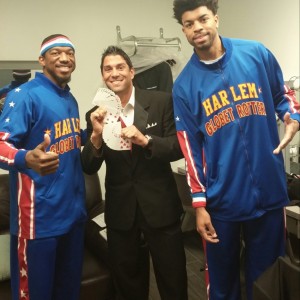 Gary M. said “Mitchell was great to work with, and the party guests loved him! He had many impressive close up/strolling tricks that we're still trying to figure out!…” 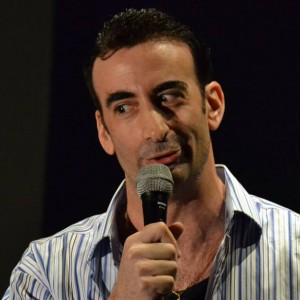