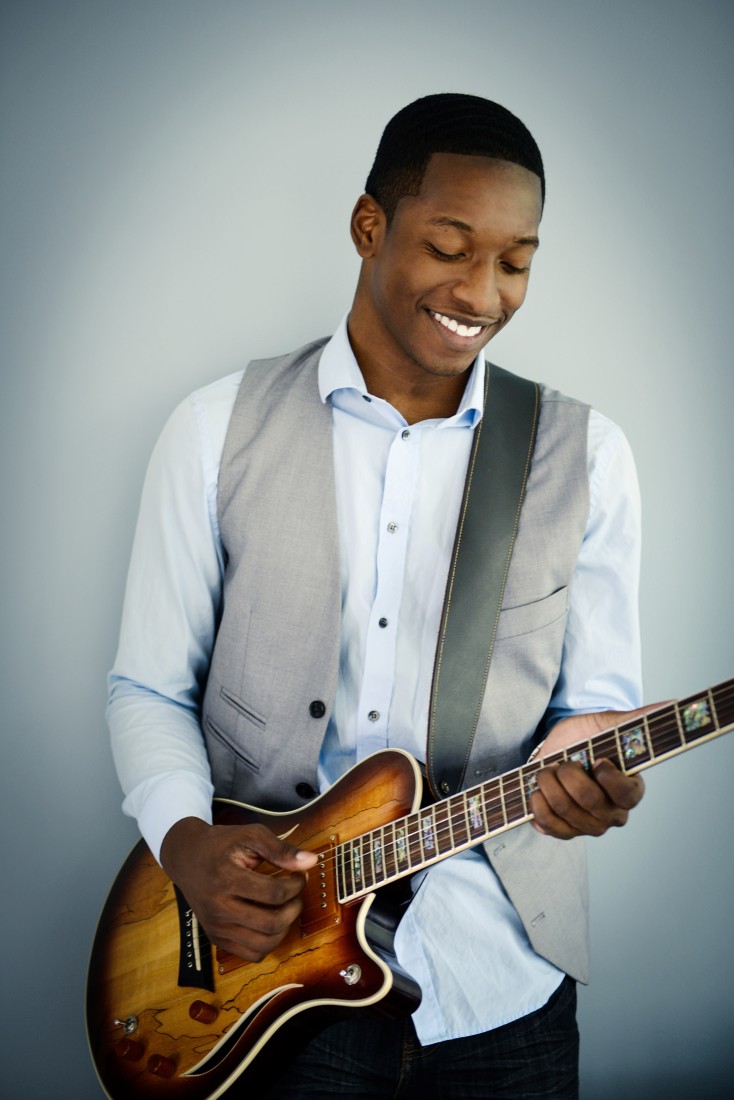 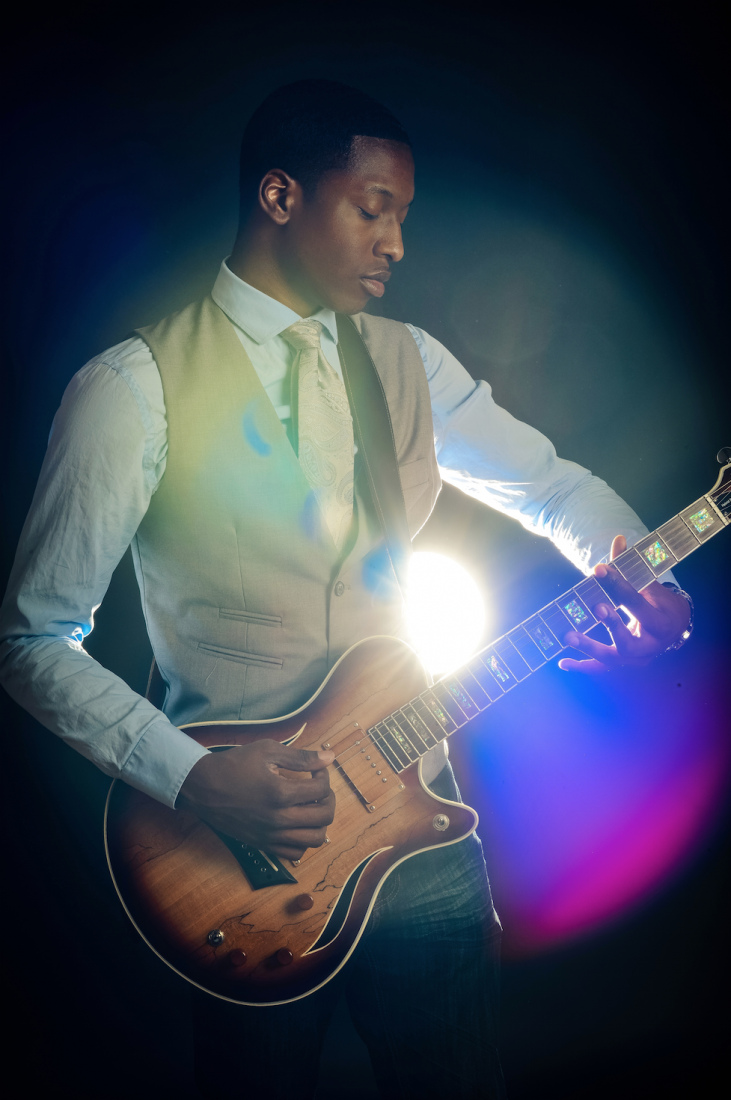 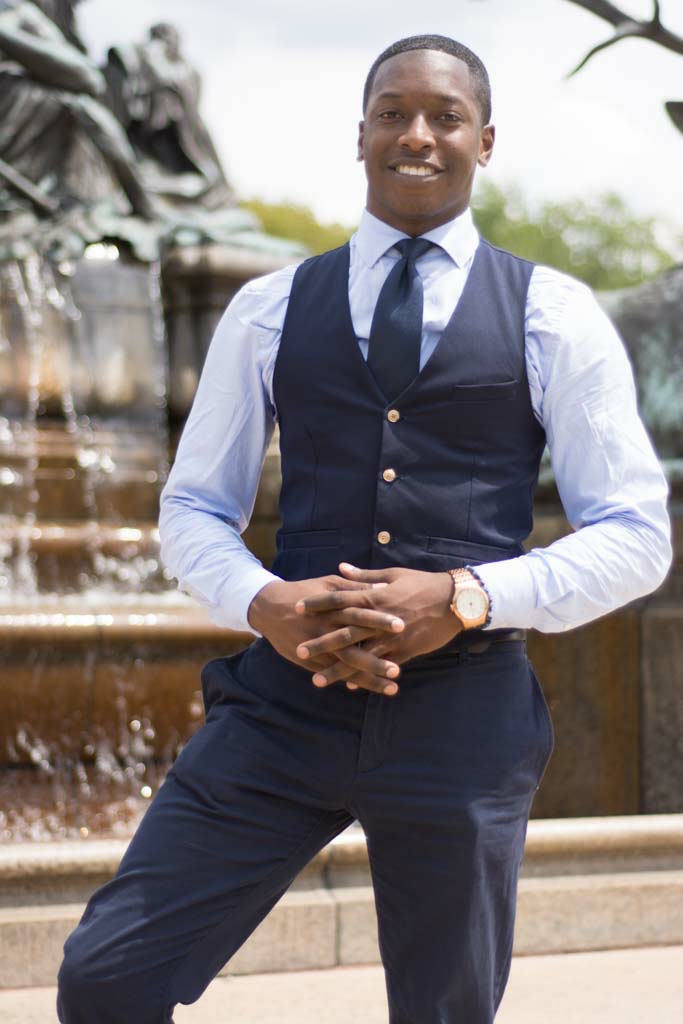 Professional | Musician is not just a job title for Peter Singh, but his brand; part polished "professional," drawing upon years of educational, vocational, and entrepreneurial experience, and part "musician," a self-taught multi-instrumentalist able to play the piano, organ, keyboards, synthesizers, electric, acoustic and bass guitars, drums and percussion, alto, soprano and tenor saxophones, trumpet, and tuba all by ear.

Versatility and focus. These may seem like tensile strengths, but the mark of Peter's brand is the ability to do many different things while executing each with excellence.

Be the first to review Peter D. Singh Jr.

Polish, preparation, promptness, and passion. I take a very serious and professional approach to each engagement. My standard attire is a shirt and tie. If you need a musician that is eclectic, versatile, and creative I can meet your needs. I believe in music's ability to set atmospheres, so if you want a certain vibe to your event, I can deliver sounds and songs to fit your vision.

​
Peter D. Singh Jr. learned early to capitalize on his versatility by investing his time and talents in various endeavors. He managed many of his own operations including the underground PS Barbershop as a teen, selling drawings and foil sculptures on the playground, a graphic art service using calligraphy and typography to create his own fonts, designs and logos, and inventing the patent-pending Timely Topper™.   Peter has used gig money to buy more instruments and equipment, payments from clients to get better barbering tools, proceeds from art sales to secure more supplies, building each craft with each craft; the parable of "talents" brought to life. This approach of maintaining a diversified portfolio and versatile skillset is why he's been dubbed both a "Professional" and a "Musician."

His musical journey started at Rose of Sharon Apostolic Church in Philadelphia, PA, where his pastor was Bishop Leonard Briddell, Sr., was a gifted guiatrist in his own right. Peter first picked up the saxophone at age five, inspired by his grandfather, Alphonso "Jim"  Clarke. Rose of Sharon was home to many extremely talented musicians and also fellowshipped with a number of churches in the region, giving young Peter many mentors and inspirations on different instruments. While sax was his first love, he eventually explored and developed skills with whatever equipment he could get his hands on. Singh's early years in Philadelphia were formative and foundational from both a spiritual and musical standpoint.

At seventeen, Singh chose to major in Legal Studies in Business at Hofstra University in Hempstead, NY. Even while focusing on his lifelong dream to be a lawyer and taking strides in that path, he could not escape the gravitational pull that music had on him. He joined the Hofstra Gospel Ensemble (HGE) as a freshman and immediately got involved as a musician. By sophomore year, he was President of the organization. This leadership position challenged "Petey Praise" in many ways, but proved to be the most pivotal position held in his life thus far. He selected songs, booked engagements and served as the Musical Director of the band for three years before graduating from Hofstra in 2012. All of these duties made Peter Singh dig into music like never before, finding new artists, new sounds and even his own.

While stationed in Long Island, New York, Peter was hired as a Professional Musician for Memorial Presbyterian Church in Roosevelt, NY. There, he was part of a musical staff that became his role models. Over four years, he filled different capacities from guitarist to keyboardist to organist, but always served as a minister first. Pastor Darren E. Butler, Sr. mentored Peter and tough him what it means "to be a minstrel." Natalie Bethea-Suregon, also the director of HGE, showed how to put passion in song and compassion in living. Antonie Brady, the Minister of Music at Memorial, served as the epitome of a leader while maintaing a heart for God. Memorial was integral in Peter's growth musically, professionally and personally.

Toward the end of his college career, Peter did not know where he would take his music or where his music would take him. He didn't particularly care for the sound of his own baritone voice, but still liked to play and knew he had some messages inside that needed to be heard. God showed him the way: songwriting. Raleigh Hall, founder of Hallmarx Music Group in Jamaica, NY, took Peter under his wing and helped develop his voice, not just as a vocalist, but as a psalmist. Since then, Peter Singh has written and composed over seventy (70) songs and counting. One song entitled "All the Way" was published by Marxmen Publishing Company.

Singh started his career in corporate law as an SEO Corporate Law Intern for Proskauer Rose LLP in New York in summer 2012. There, he gained substantive experience from multiple departments ranging from corporate to litigation, real estate, tax, M&A, and labor. In 2013, he further developed his legal research and writing skills as a Judicial Intern for the Honorable Gene E.K. Pratter (EDPA). In chambers, Peter was able to see how judicial decisions are made and how judicial discretion is exercised. Between the shadowing opportunities and practical assignments, clerking provided transferable exposure and experience that will translate to more effective advocacy in any practice area. In 2014, he was a Summer Associate for Drinker Biddle & Reath LLP in Philadelphia. The program was bifurcated between client work and assignment modules, allowing him to get hands-on and in-depth experience. After completing his studies at Duke Law in May 2015, Peter relocated to NYC to work with the boutique corporate/entertainment law firm, Winslett Studnicky McCormick & Bomser LLP. Outside the office, he serves as a FINRA Arbitrator on panels in Philadelphia & New York, Manager of Megatron Music Management, Inc., Legal Advisory Board Member for Hillsong Church, inventor of the the Timely Topper™ mattress pad, model and musician endorsing Michael Kelly Guitars, Spector Bass and Empire Ears.

Versatility and focus may seem like tensile strengths at odds, but the mark of Peter's brand is the ability to fully engage each task with initiative and intensity, executing each with excellence before switching gears. As a songwriter, multi-instrumentalist, inventor and corporate & entertainment lawyer, he delivers on his clients' needs with his own stamp of precision on every project.

Flexible. Adaptors allow all instruments and sounds to go through either a 1/4" cable or 3.5mm headphone jack.

Open to requests (but subject-matter and language must be appropriate). Some representative selections include:
"All of Me" by John Legend
"Ordinary People" by John Legend
"I'm Yours" by Jason Mraz
"Ready for Love" by (link hidden)ie
"Good Days/Bad Days" by PJ Morton
"Back at One" by Brian McKnight
"Overjoyed" by Stevie Wonder
"Heaven" by Jamie Foxx
"Stop This Train" by John Mayer
"All I Have to Give" by Mali Music
"He Wants it All" by Forever Jones

Amplifier (can bring upon request)

Lorraine G. said “What a great performance at our annual St Paddy's Day party. Made all of us feel like we were right back in Ireland. A true lassie of the green isle.…” 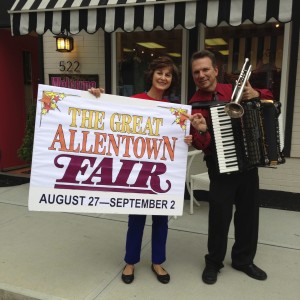 Dawn C. said “Glenn is so entertaining and fun. He interacts with the crowd and makes them laugh. Easy to work with and a pleasure to have at our Oktoberfest.” 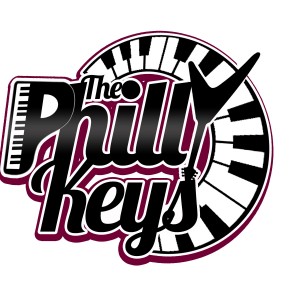 Josh G. said “We had the good fortune of seeing The Philly Keys playing in West Chester and they were so impressive that called them the next day and hired them for…”