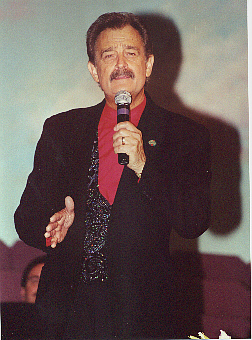 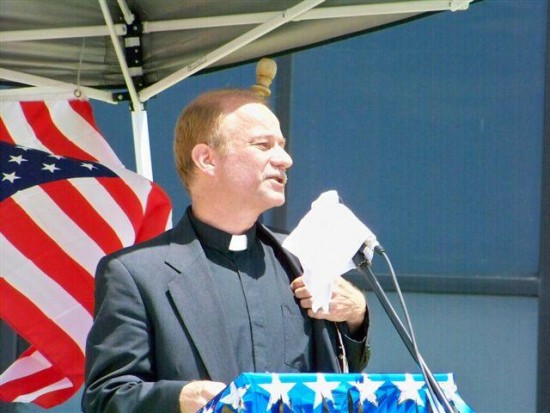 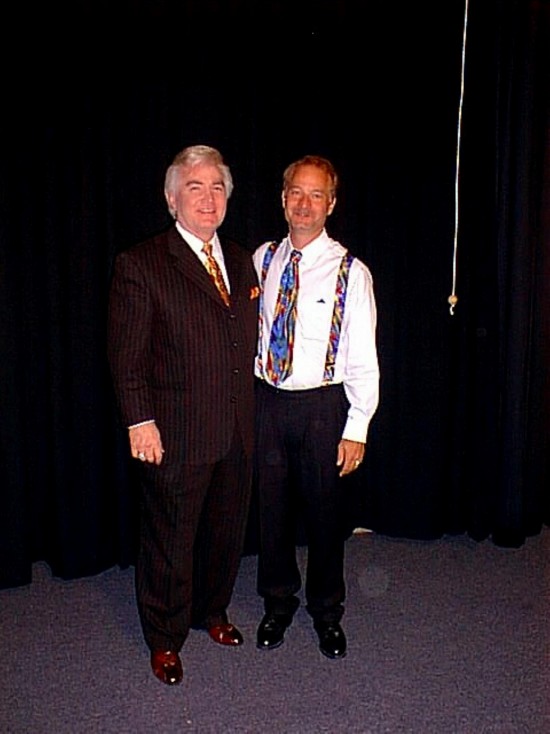 Walt Mills and Me 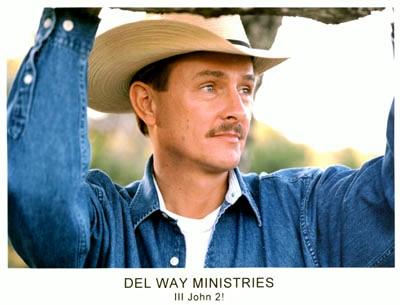 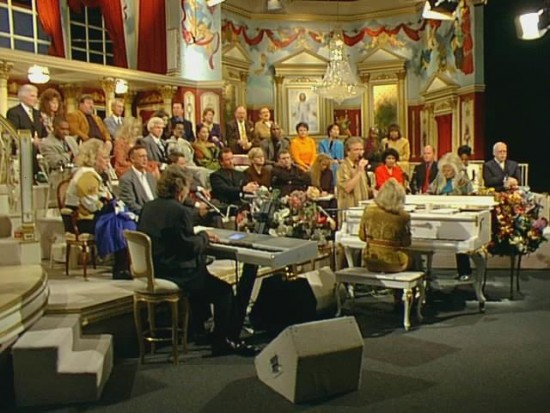 On the set of TBN, Irving, TX 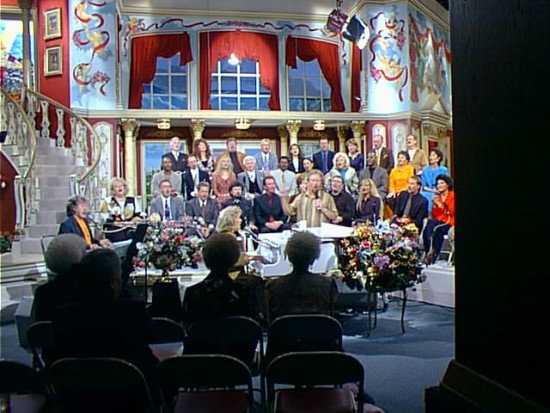 Another set shot at TBN 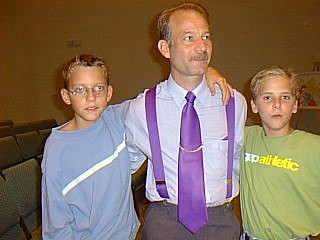 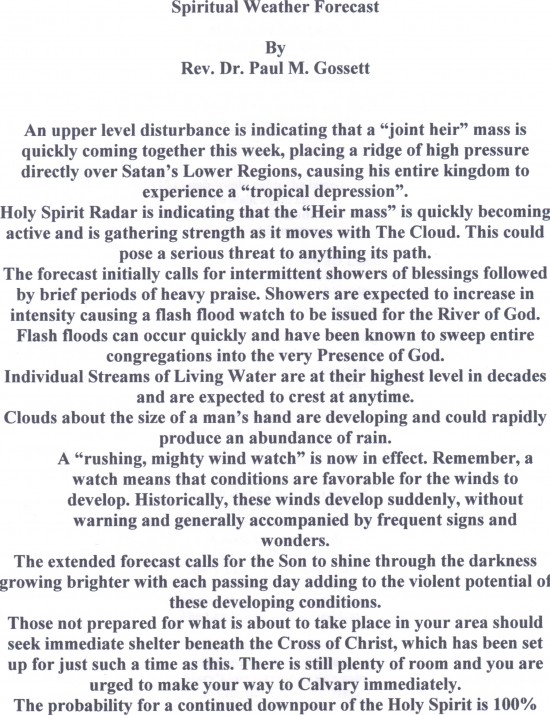 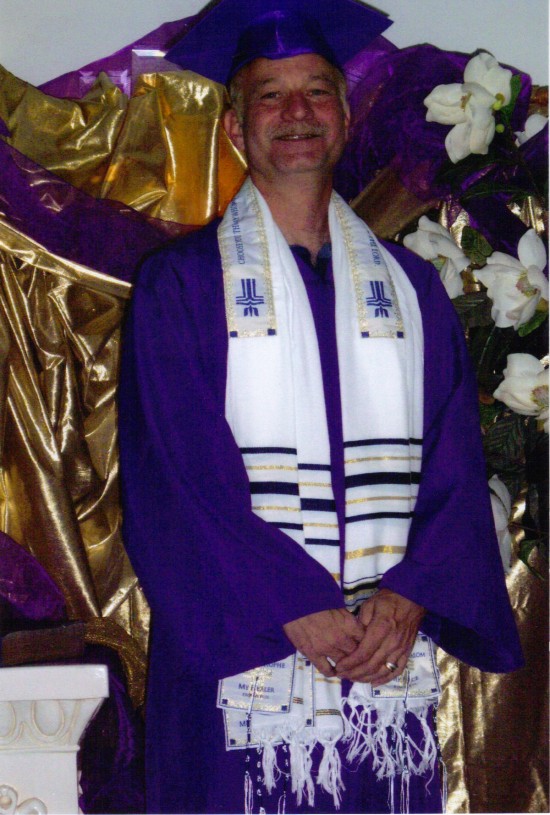 Rev. Gossett is a highly experienced Christian minister having been in the ministry for over 25 years. Specializing in youth and college evangelism, he has spoken in hundreds of churches, schools and at political venues across the country. He has been a guest on the Trinity Broadcasting Network as well as Daystar with Marcus and Joni Lamb. He managed the vocal ministry of TBN's Vern jackson for 7 years and has worked with some of the most recognized church leaders in the country. As an accomplished musician/songwriter, he is a Spirit-led worship leader as well.

Be the first to review Rev. Dr. Paul M. Gossett

Born in 1959 in Wichita Falls, Texas, Rev. Gossett “died” 6 months later in an emergency room in the Electra, Texas hospital from complications related to pneumonia. His mother, then 17 refused to believe the report and reminded God of his promise to her; that her first son would be a minister in the service of the Kingdom. The doctors brought her into the room to “prove” their assessment only to find him coughing and spitting up under a white sheet gasping for air. As they went to work clearing his airway, the attending nurse told her, “Evidently, God heard you”.

Now, some 50 years and three children later, Dr. Gossett and his wife, Ivonna, live in Midland, Texas. They have been involved in ministry for over two decades, travelling across the country holding youth meetings revivals and giving motivational speeches.

His testimony includes losing his mother to cancer at 14 and helping to raise his three younger brothers. After a rather unspectacular high school experience, he fell into many of the traps many young people tend to find. He was offered a full 4-year music scholarship to Midwestern State University by a lady who happened to hear him playing the piano in the Baptist Student Union building on Campus. However, he could not stay sober enough to take advantage of that opportunity. At 19 he began to stabilize and was invited to give his testimony in front of the Wichita Falls Chapter of The Full Gospel Businessmen’s Association. From there, he was offered sporadic speaking engagements mainly because of the novelty of his youth, not the substance of his message.

However, as he grew into his calling, the Spirit of God began working through him to bring many to a saving knowledge of Christ. He found evangelism was to be his place.

In the early part of his ministry, he spent time in Central America and Mexico as a missionary. He went on to become ordained in Christian Ministry through Kingsway Fellowship, International.

Dr. Gossett managed the ministry of Trinity Broadcasting Network vocalist Vern Jackson for seven years ((link hidden)) and ministered with him on many occasions throughout the United States. Paul, has himself been a guest on TBN as well as Daystar with Marcus and Joni Lamb and GLC’s “Light of the Southwest”, with Al and Tommie Cooper.

He has ministered to thousands of teens in various settings such as youth camps, retreats, and detention facilities through much of the southern states. His ministry is marked with salvation, family restoration as well as the gifts of the Spirit as God leads.

An accomplished musician/songwriter, he is a Spirit-led worship leader and ministers effectively through that medium. He is also a member of the Country Gospel Music Association

In September of 1991, he received his Bachelor of Theology degree from the Bible Training Institute of America. Later, he acquired his Masters in Education and Doctorate of Divinity degree was awarded in April 2009 from Fivefold School of Theology in Albuquerque N.M.

He is currently the music director of Solid Rock Fellowship Church in Midland, Texas, under Pastor Eddy Elliot. Even though he holds this position, the church encourages him to follow his heart and minister to others as the opportunities present themselves.

Attached are some comments from fellow ministers and those who have been touched in some way by Rev. Gossett.