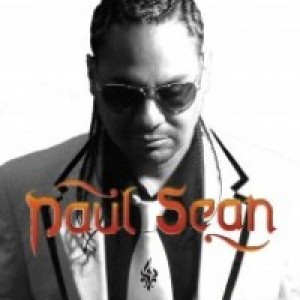 Paul Sean Show... A Tribute to International Recording Artist Sean Paul. He looks like him, and he sounds like him. The Paul Show performs all vocals live to music tracks. Each show is custom made for any event, party, venue, nightclub, resort, etc... Full show runs one hour long and features Sean Paul's hit songs: Temperature, Give Me The Light, Give Into Me, Like Glue, Get Busy, PLUS NEW SONGS "Watch'em Roll & So Fine". This is a show for all ages and all ethnic backgrounds. Paul Sean is available worldwide. Full sound and light shows also available.

Be the first to review Paul Sean Show... A Tribute to Sean Paul

“The Paul Sean Show... A Tribute to Sean Paul” started simply as a joke between producer Steve “Mr. Miami” O’Neill and his recording artist, Fabiano p.k.a. Fabian Rodriquez during a weekly production meeting.
For the past few years, Fabiano has been mistaken, complimented, and harassed hundreds of times for the past few years by strangers and his closest friends due to his strikingly close resemblance to International phenom recording artist Sean Paul.

Sitting around one night during a production session the two discussed music, the scene, their careers, both striving and wishing for more out of their music careers. That night same night, Mr. Miami proposed the idea of the Sean Paul impersonator / tribute show to Fabiano. The idea came from a recent in-house promotion video production Steve produced for a nightclub, who happens to book live tribute acts regularly. Fabiano immediately shot the idea down, as he didn’t want to dilute his musical persona of being an “impersonator”. However, Mr. Miami also understood Fabiano’s creative and mental battle, as his producer had the same feelings. Together the duo have written and produced over sixty original songs together for The O’Neill Brother’s, Gecko / Gekko Records. Mr. Miami went on to say that many impersonators and tribute shows out there are making money doing what they love, performing live music and entertaining people. Mr. Miami joked how funny it would be to see Fabiano performing as Sean Paul and making money at it. Even funnier and more ironic would be all the hard work and dedication to their original recordings, and the thought of being successful doing an impersonator / live tribute show.

As Mr. Miami started to envision the whole production of a Sean Paul tribute show, he started to get very excited about the idea and tried to hard sell Fabiano to agreeing to the idea. He started reminiscing about all the people who said he looked like Sean Paul, girls and guys alike. They joked about Fabiano’s son getting a kick out of girls sneaking up behind his dad in the mall just so their friend could snap a quick cell phone picture of them both in the same frame. Or about the times where he was given special V.I.P. treatment at various venues for being mistaken as the International pop star himself. Nothing Mr. Miami could say at that moment in time could convince Fabiano to agree to the show. However, there was always tomorrow.

The very next day Fabiano came to the studio inspired about the prior’s day pitch session and wanted to learn more about being an impersonator and tribute act. Mr. Miami already did his homework and had various documentation printed out and saved the information he found on the internet to show him. The two discussed what each envisioned and wanted to get out of the project. They discussed production points, promotional and marketing angles and even ways to promote their original music utilizing the Sean Paul tribute show, like cover band do. Easy enough, as it just came to him, Mr. Miami then named his new artist, Paul Sean.
There was one minor roadblock to overcome and that was learning Sean Paul’s songs and lyric delivery. It was a whole new language, a mix of Jamaican, English and street slang. There was a reason that no cover bands have Sean Paul’s songs in their sets, you have to learn an entire new language to perform them. Both were determined to put the work in to make The Paul Sean Show a reality.

Being experienced in the club scene since he was a teenager, Mr. Miami decided that the show would initially be a track show. A track show is when the artist performs over prerecorded music like a dat tape, computer, or CD and usually has back up dancers / vocalist, or in this case a hype-guy. The duo hand picked Sean Paul’s five hottest songs that were radio friendly (charted); songs recognizable that most everyday people would instantly familiar with. The goal was set to get an almost exact duplicate sound to Sean Paul’s songs, as this show would not be some cheesy Karaoke rip-off. Both agreed that the show had to be top notch from production of the music, vocals, stage show, choreography, and show production.

From then on, almost every week they would meet, discuss the project, practice the material, and worked on capturing the perfect sound of Sean Paul. They knew to be accepted by the critical club crowds, the live show and image has to be air tight. Nine months from the original exploration of this idea, The Paul Sean Show started to take shape as Fabiano had learned Sean Paul’s top five hits like they were his own. The songs were recorded and critiqued by family, friends and business associates. Everyone was sold, even an old record executive from Florida who has been in the music business for many years, and who is extremely interested in the project for CD and dvd release. In addition, local, regional and national booking agents have shown interest in booking “The Paul Sean Show... A tribute to Sean Paul”.

Barbara S. said “Ben was a surprise for the bride and groom at my nephew’s rehearsal dinner, and he couldn’t have been better! He was so true to character in a really…”

Arlene B. said “John has a Beautiful rich baritone voice and was a perfect impersonator for Elvis. He was professional, responsive, he collaborated on an incredible customized…”

Randy S. said “Mitch was the perfect Ben Franklin for our corporate event! Lots of fun historical facts in a fun and engaging manner.”