Back to Historical Characters 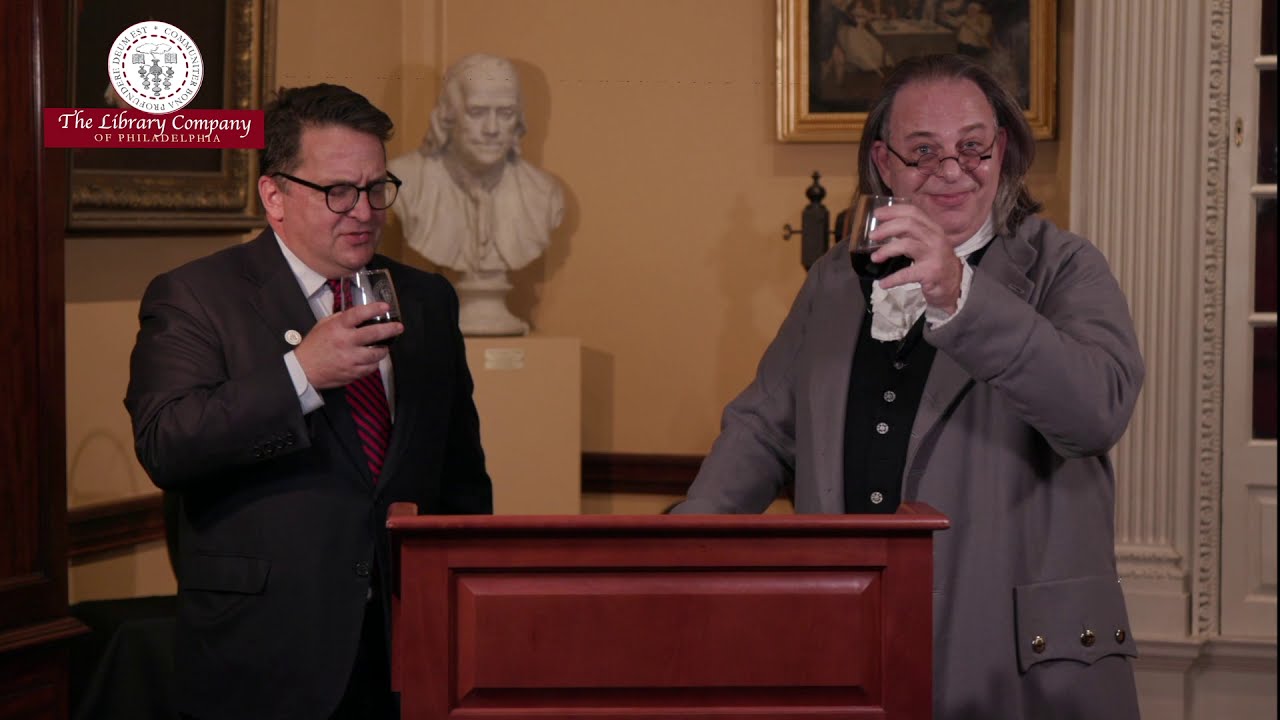 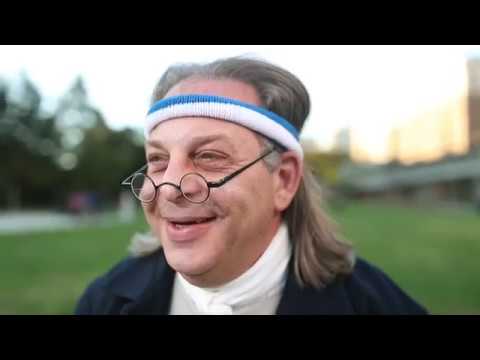 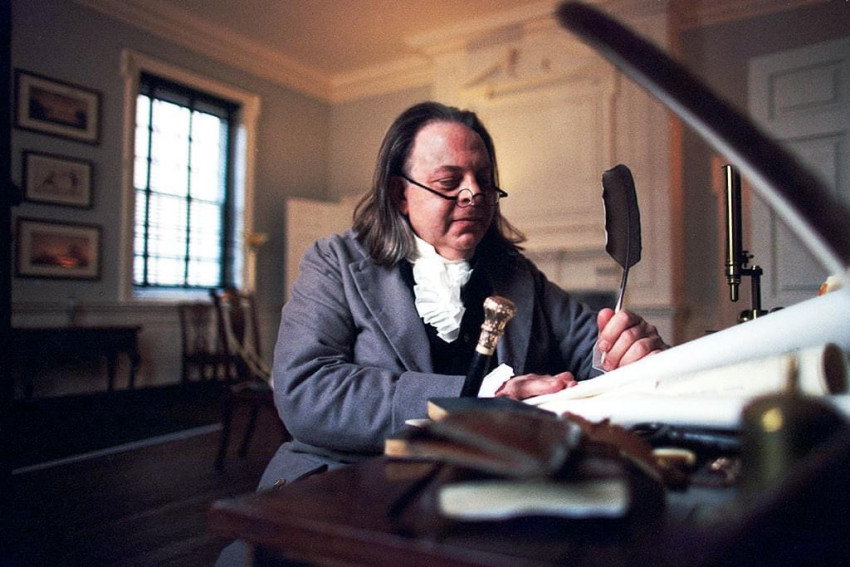 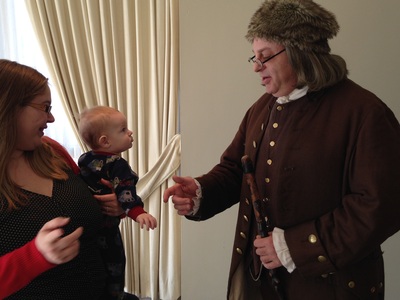 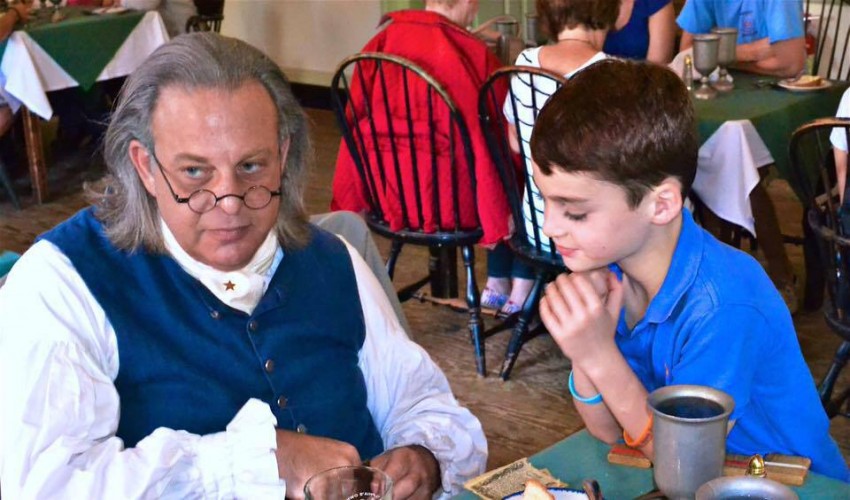 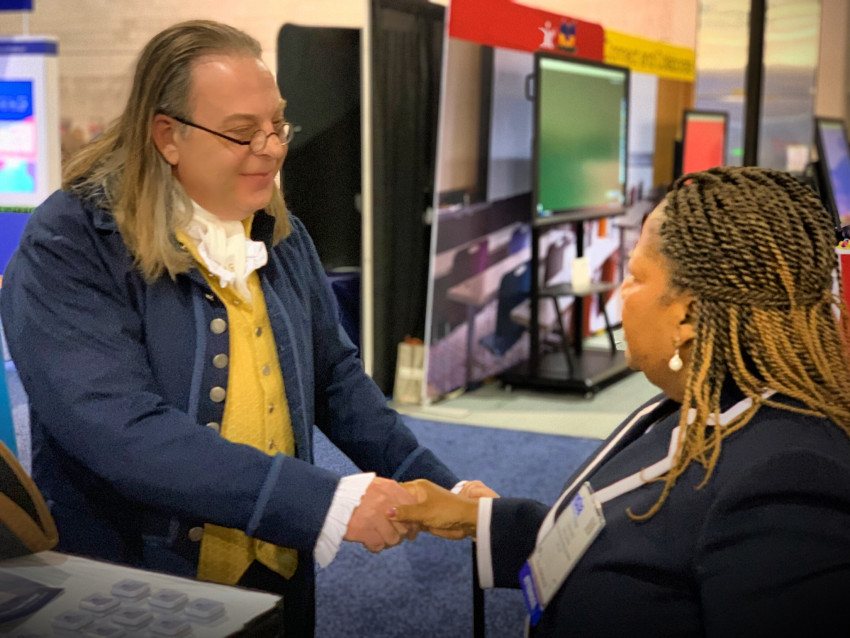 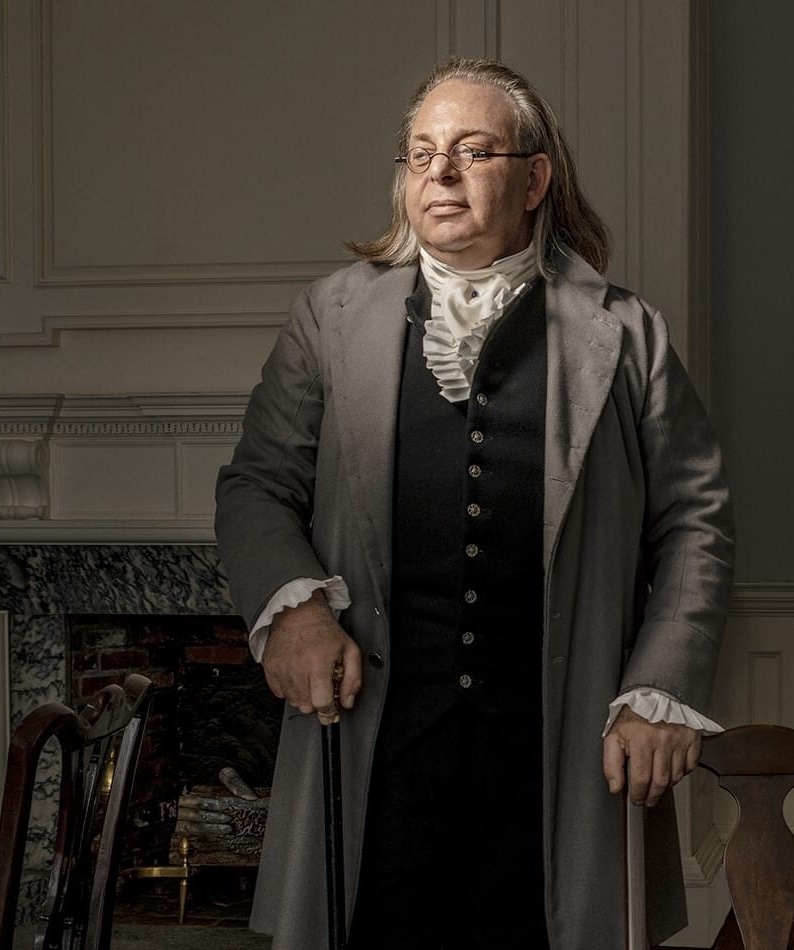 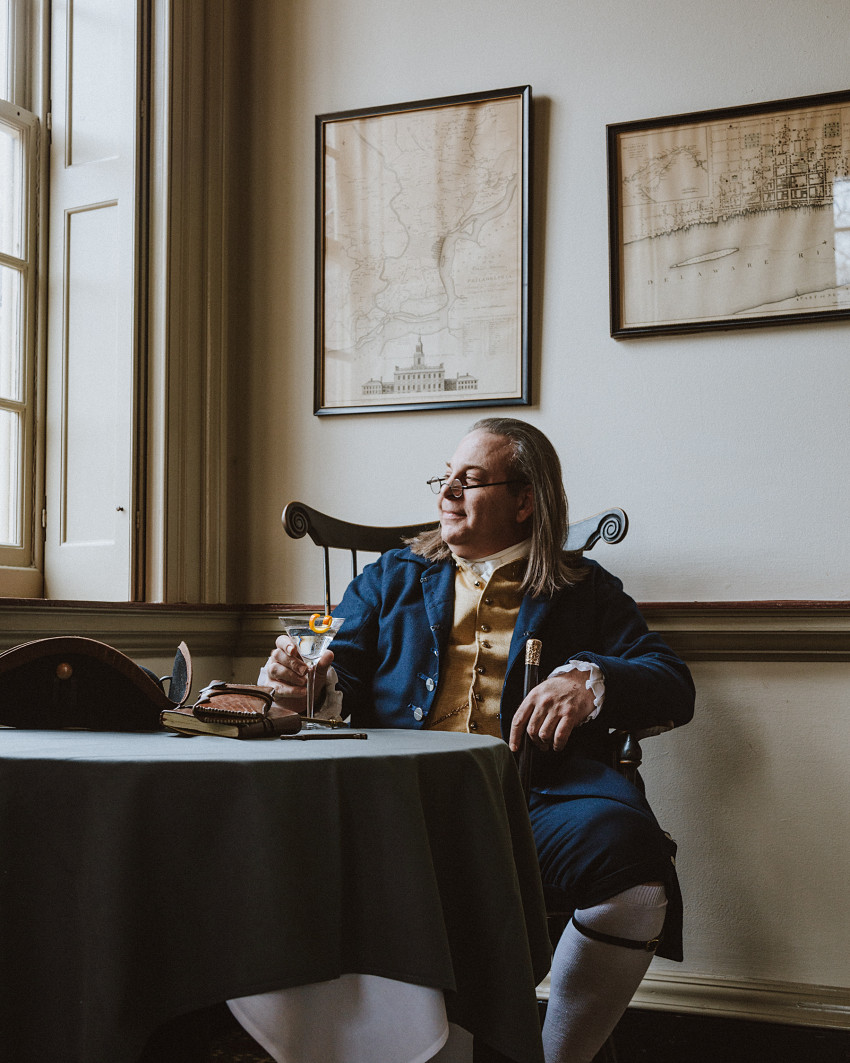 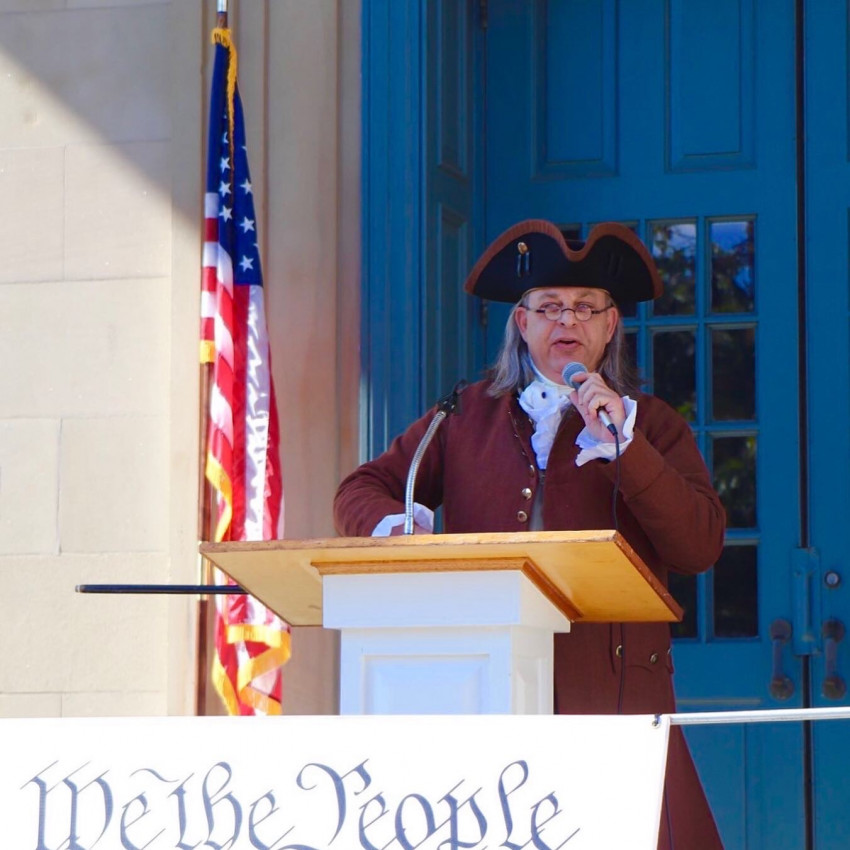 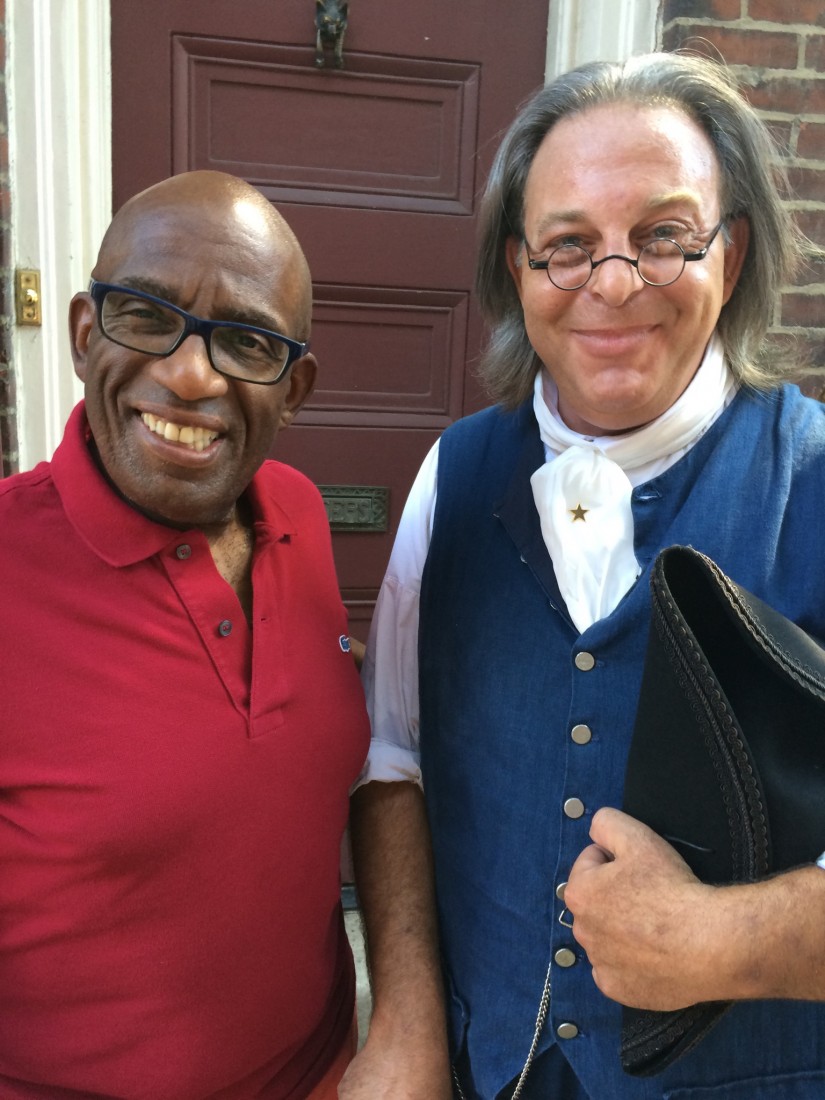 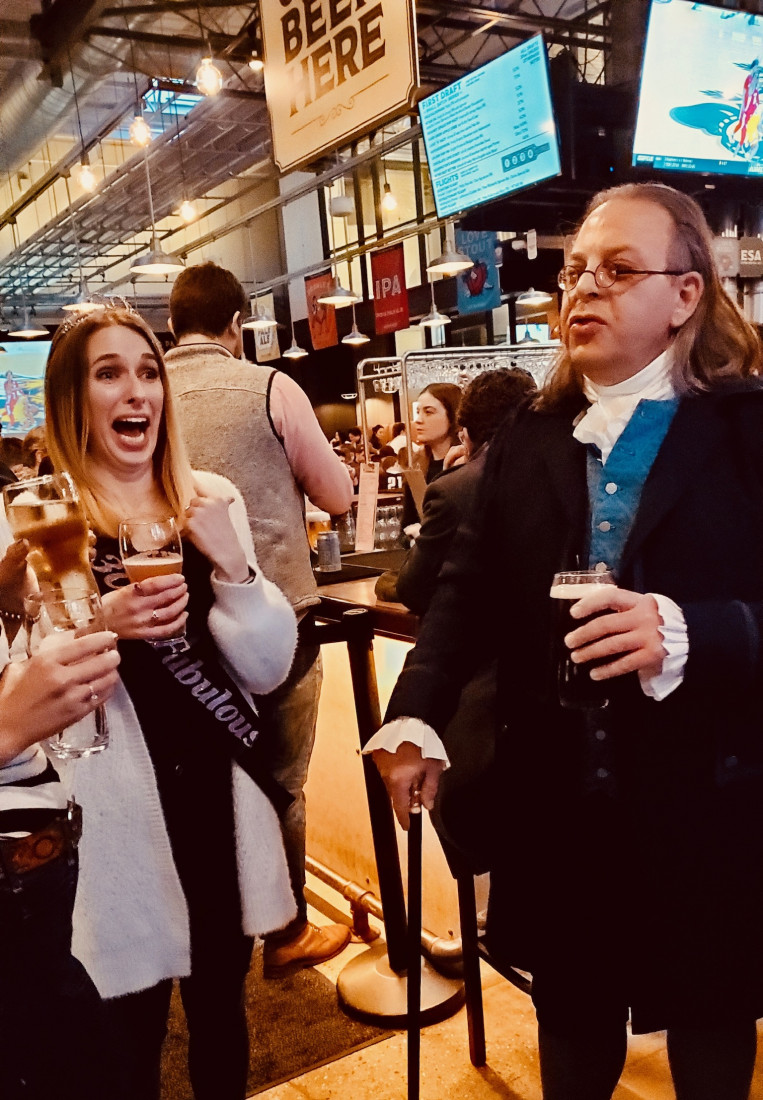 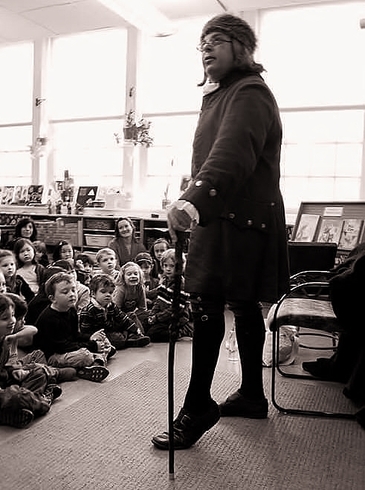 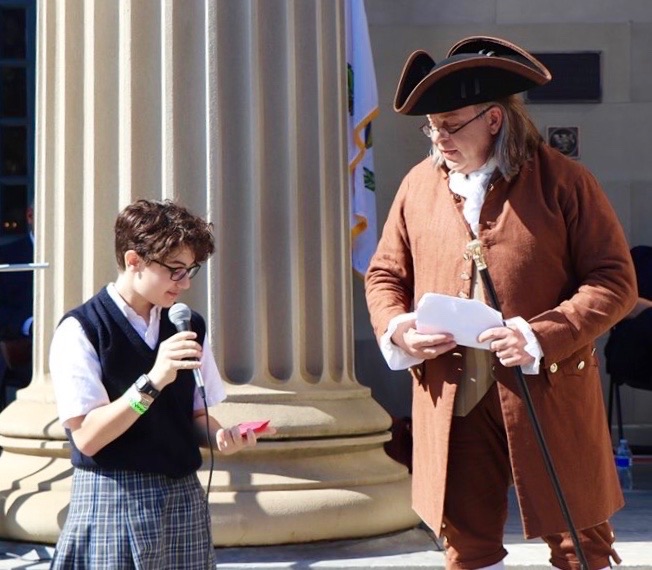 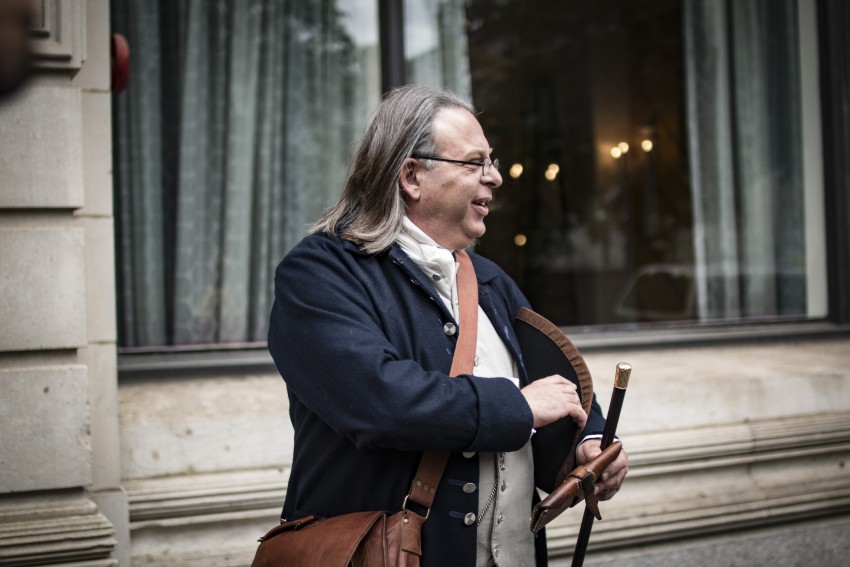 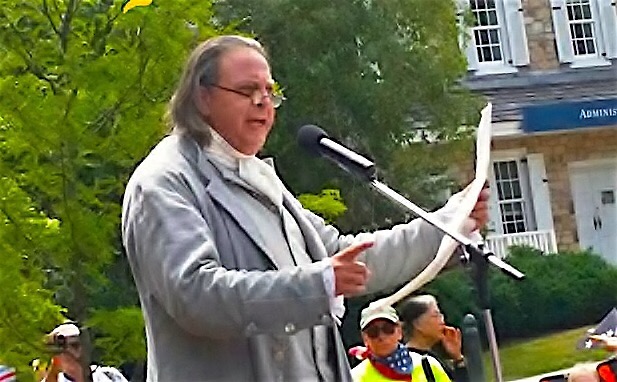 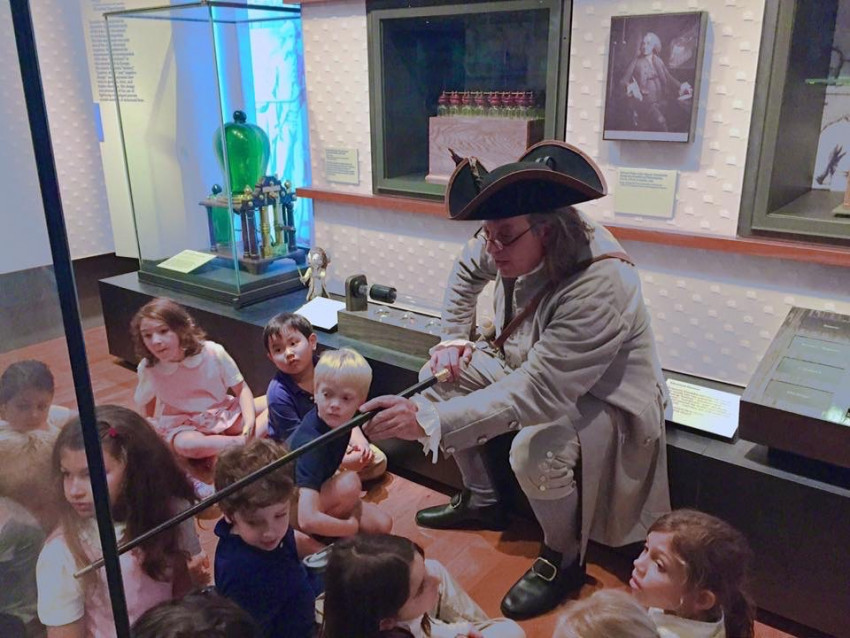 “We don’t have time machines yet, but until then, Mitchell Kramer as Benjamin Franklin is the next best thing. His base of knowledge, poise, and charm, creates a living history lesson for people of all ages to learn about the life and times of the greatest of our founding fathers.”
- Neil deGrasse Tyson
Astrophysicist

"How do you have an event at The Franklin Institute without Benjamin Franklin? Mitchell was the best. A perfect start to our evening.”

"Mitchell did a wonderful job performing as Ben Franklin for the University of Pennsylvania Alumni Club of Philadelphia.”

My husband and friend were celebrating their birthdays and huge history buffs. Having Ben Franklin as part of their birthday celebration was a once in a lifetime event. My husband noted that it was like asking who would you want to have dinner with living or dead and getting that wish. They both said it was the best birthday ever. Thank you Ben Franklin!

Ben Frank was a legend. He showed up and didn't skip a beat. Funny and super knowledgeable, he dropped knowledge and won in trivia against a past Jeopardy guy (our bachelor). Super fun and highly recommended. Thanks Mitch/Ben!

We had a wonderful time with Ben

I had Ben come to spend an afternoon with my neighbor, who just turned 98 years old.
A few friends gathered to have some food and drink, sit, and just visit for a while. Ben came about an hour after everyone was there. He was very engaging and entertaining. All the guest enjoyed listening to him tell stories about his life. The guest of honor was very pleased. We had a very good time.

After some back and forth about a very unique opportunity, Mitch came through with "flying" colors! He did everything we asked/hoped to make a surprise appearance turn out fantastic, and he accommodated our request very last minute! Some how he even got his wife involved! He was full of humor and period knowledge which made the moment even more fantastic. Great job team Ben Franklin!

We engaged Ben (aka Mitchell) to explain the US election process to a group of expatriates and he did not disappoint. As a historian, Mitchell is extremely knowledgeable and as a former teacher, he explains things very clearly. He rocks the role of Ben and managed to do so in a non-partisan way during an extremely divisive time. Would highly recommend taking advantage of the opportunity to work with Ben!

Ben Franklin: The Life of the Party

This Benjamin Franklin either met or exceeded all of my wildest expectations for my wife's 30th birthday party. He was punctual, witty, entertaining, charming, and incredibly accurate! He went above and beyond in both preparing for our event and entertaining our guests -- and he even brought props! If you need a Benjamin Franklin for any occasion, look no further than this one!

Just can't say enough about Ben Franklin. Infused with knowledge and humor, he wowed my guests throughout our conference's opening reception. 100% recommend!

Dr. Franklin did an incredible job and my friend was so surprised to have him show up at her house. He stayed completely in character and made a really memorable story for us both. THANK YOU so much!!

Giana,
I’m so glad you enjoyed it. You have a lovely group of friends and I’m really glad I got to be a part of that special moment.

Mitch was the perfect Ben Franklin for our corporate event! Lots of fun historical facts in a fun and engaging manner.

Robert,
Thank you for the positive review. I had a wonderful time at your birthday party. Thank you for including Ben Franklin.

Imagine about 130 computer and technology Ph.D's from Europe, Asia and the U.S. coming to dinner with Ben Franklin. I am not sure what they expected, but what they got was a wonderful evening full of picture taking, story telling, and just plain fun learning a few things about Ben. These people are difficult to entertain, and Ben was spot on. I received numerous positive comments from folks who are hard to please. I would recommend him to anyone looking for an entertaining and informative evening. I might add another star, and give him 6 stars for his great performance.
Robert Behling, Ph.D.
Executive Director
International Association for Computer Information Systems

Well thanks very much Bob. I had a wonderful time with you and all the guests. Mitch

Walked the walk and talked the talk. He knew lots of fun facts and Was great for the party.

Thanks Michael, I hope everyone enjoyed meeting Ben. I had a wonderful time.

We contacted Mitch to be a part of a workshop we were hosting at the University of Pennsylvania on September 12th. From the moment he stepped out of the elevator, he never broke character and was a real hit. Everyone wanted to hang with him and ask him questions and he told us a tonne of really cool stuff. Many of the staff are from Canada so we didn't necessarily know a lot about American history but he was so witty and charming and we really enjoyed having him there!

Mandi,
Thank you for the positive review. I thoroughly enjoyed spending time with you and your group. Mitchell

Fantastic in every aspect!
Thank you!

Dr. Benjamin Franklin is always delighted to receive an invitation to a fête.

Allow me to share some information regarding my credentials.

As Ben was described, I am considered approachable, knowledgeable, and humorous.

I am often called upon to attend and speak at schools, retirement communities, conferences and private functions.

I have degrees in history and theater and have performed for leading institutions, many founded by Benjamin Franklin.

Actor and historian Mitchell Kramer has been portraying Benjamin Franklin for ten years.

He has performed for:

Often called upon to attend private parties and functions, including many at the Franklin Institute, clients comment on the humor, knowledge & approachable nature of Mitchell’s interpretation.

He has written and produced plays for children and adults and stories about 18th century Philadelphia for Historic Philadelphia, Inc.

The interactive theater piece, Our Friend Ben, was written and performed for the National Museum of American Jewish History. The story Lachimo, Lanape Storyteller was included in the anthology, Patriots, Pirates, Heroes & Spies: Stories from Historic Philadelphia, published by Grosset & Dunlap, Penguin International.

Kramer has a BA in playwriting. He has worked off-Broadway and in regional theater both on stage and in all areas of play development, notably for New York Theater Workshop and Dorset Theater Festival.