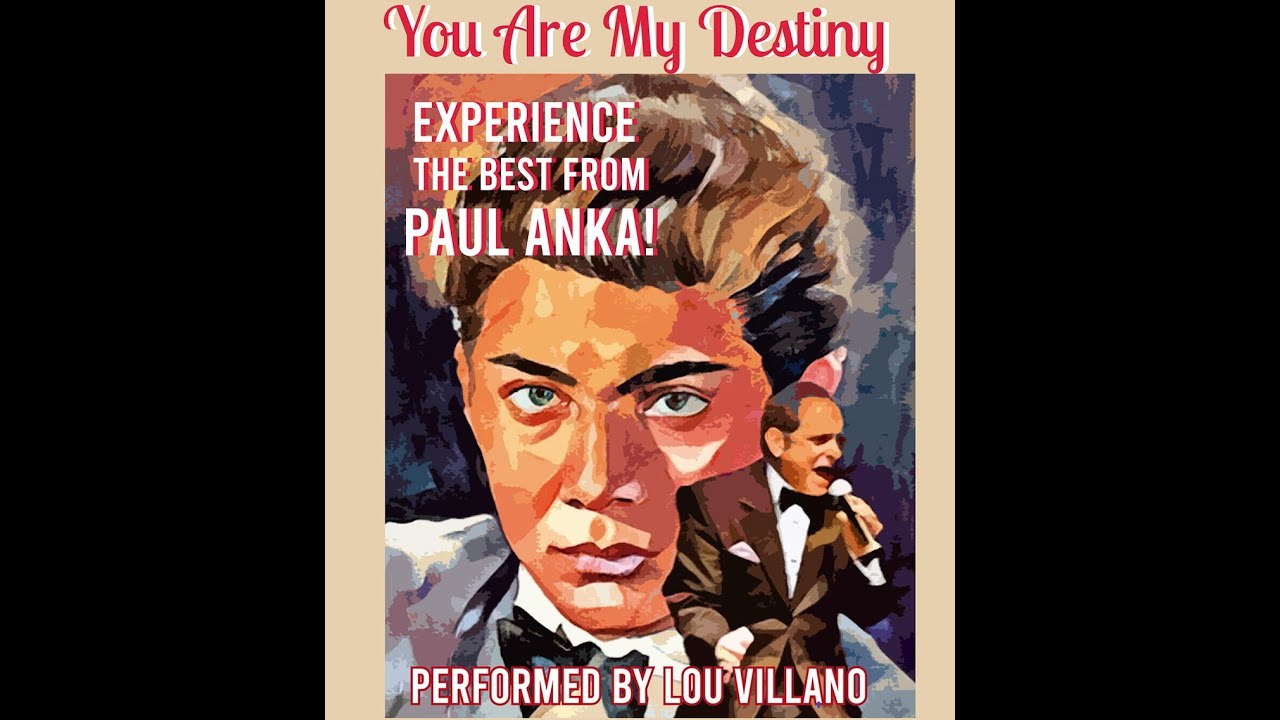 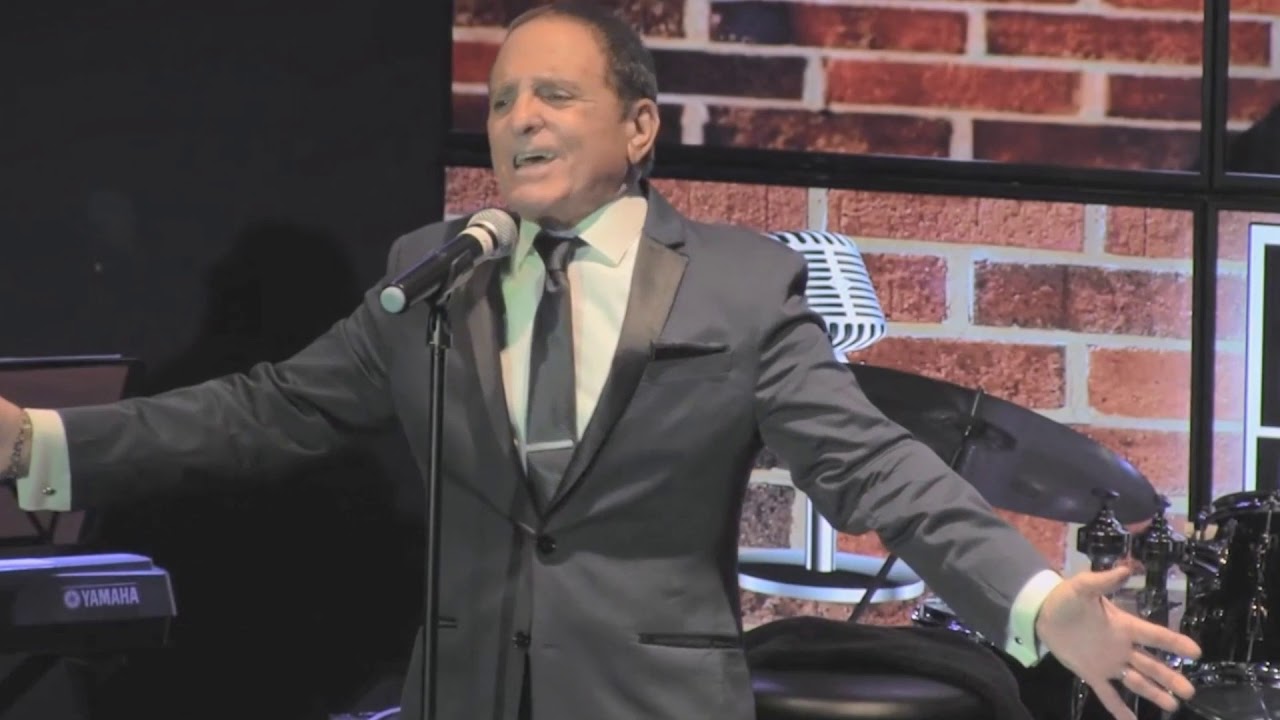 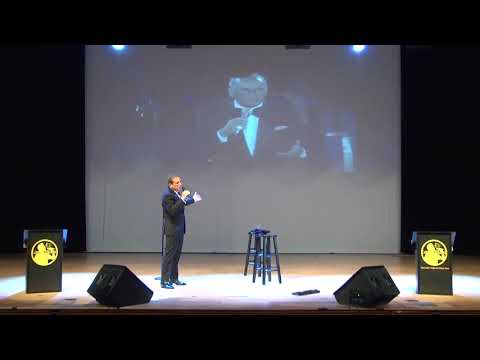 Paul Anka Songbook Tribute Show as a TRACK SHOW ONLY 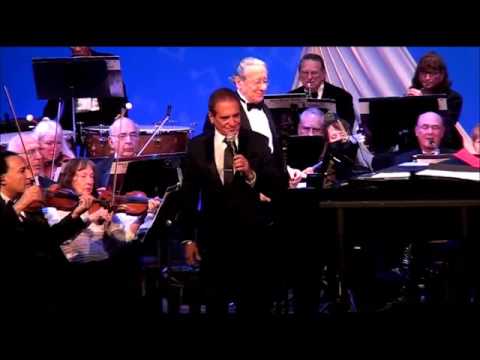 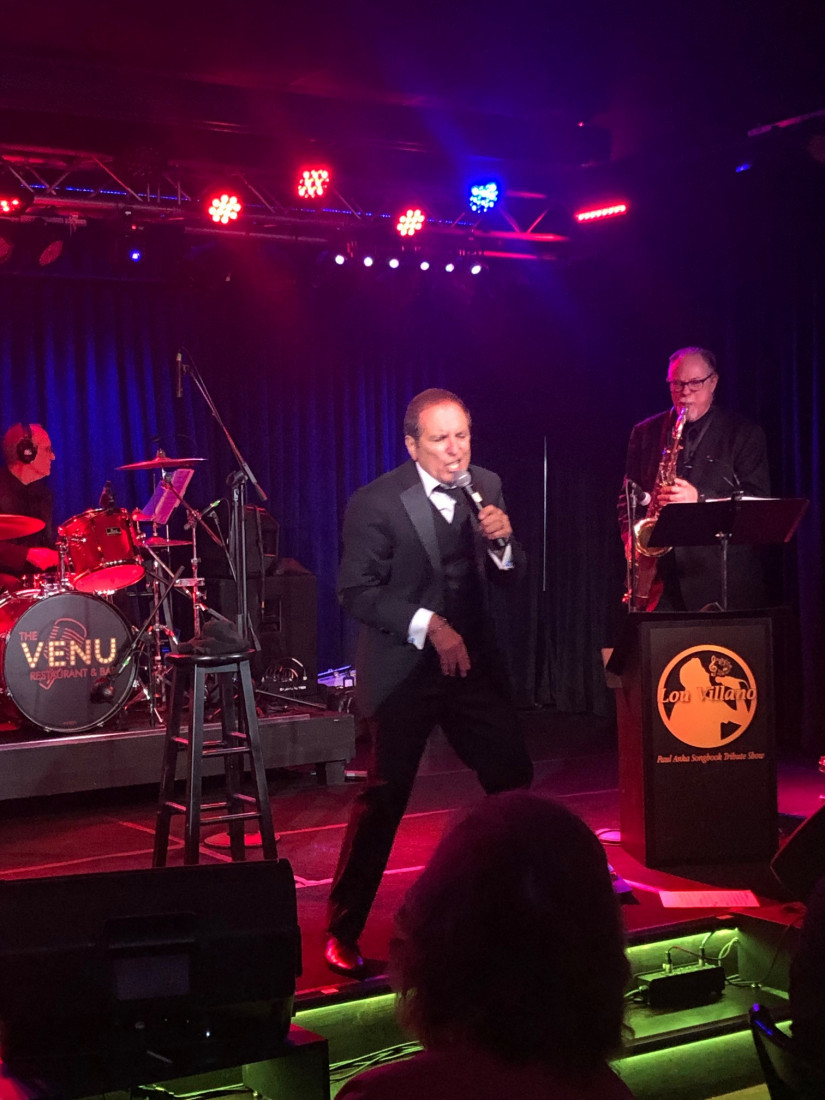 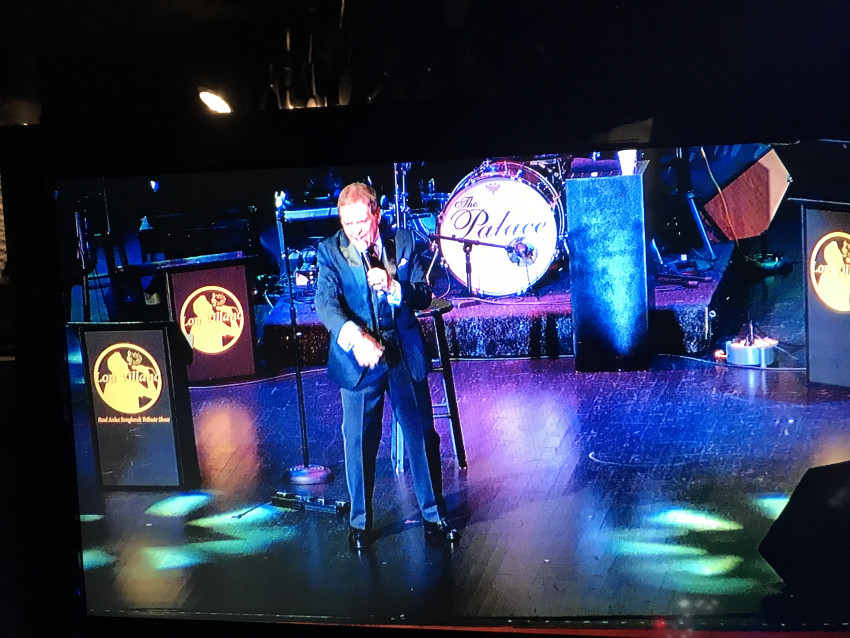 On stage at the Palace Theater in Tamarac, FL. 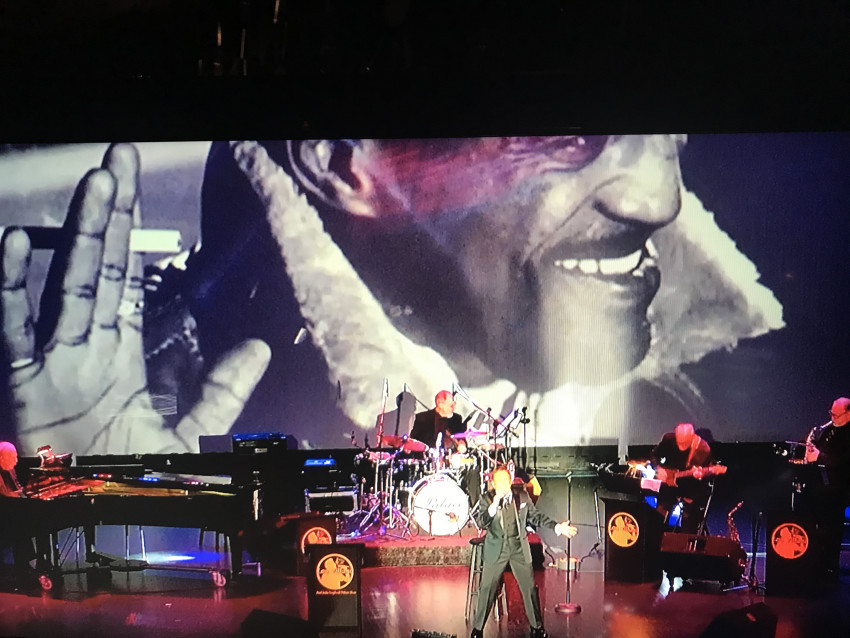 Lou performing I'm Not Anyone written by Paul Anka for Sammy Davis, Jr. 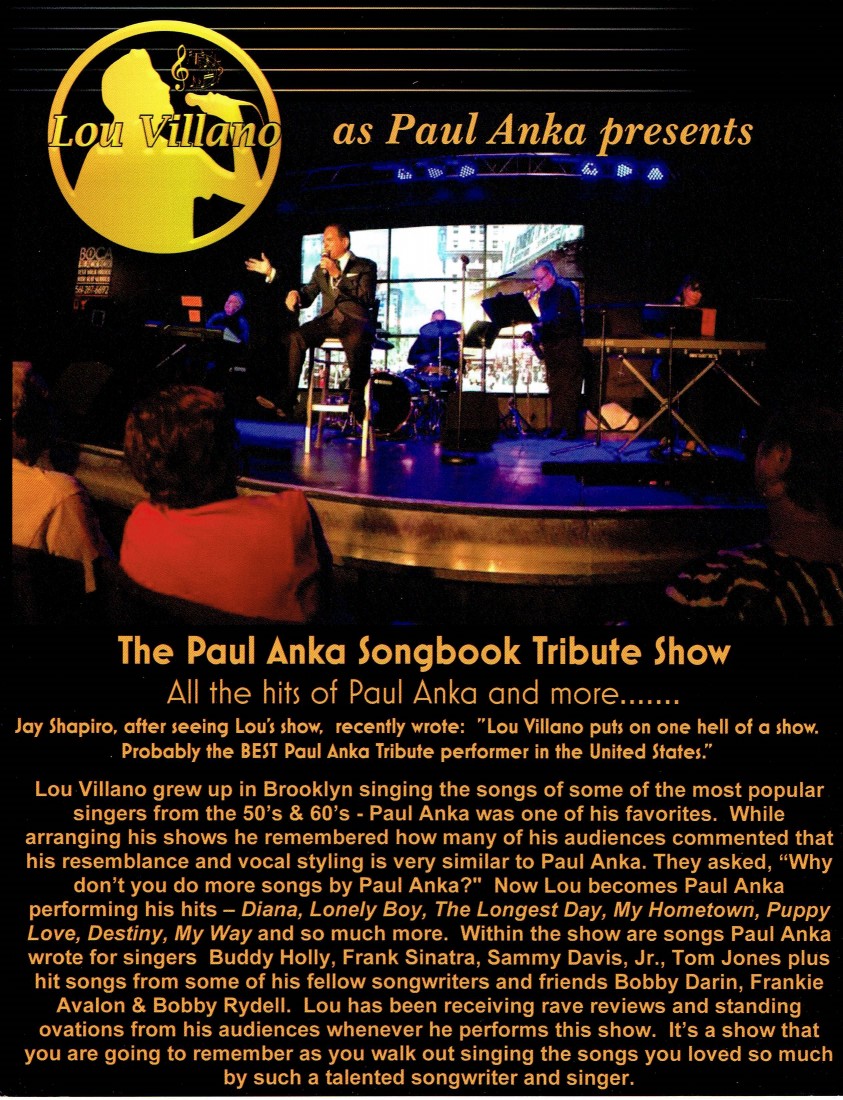 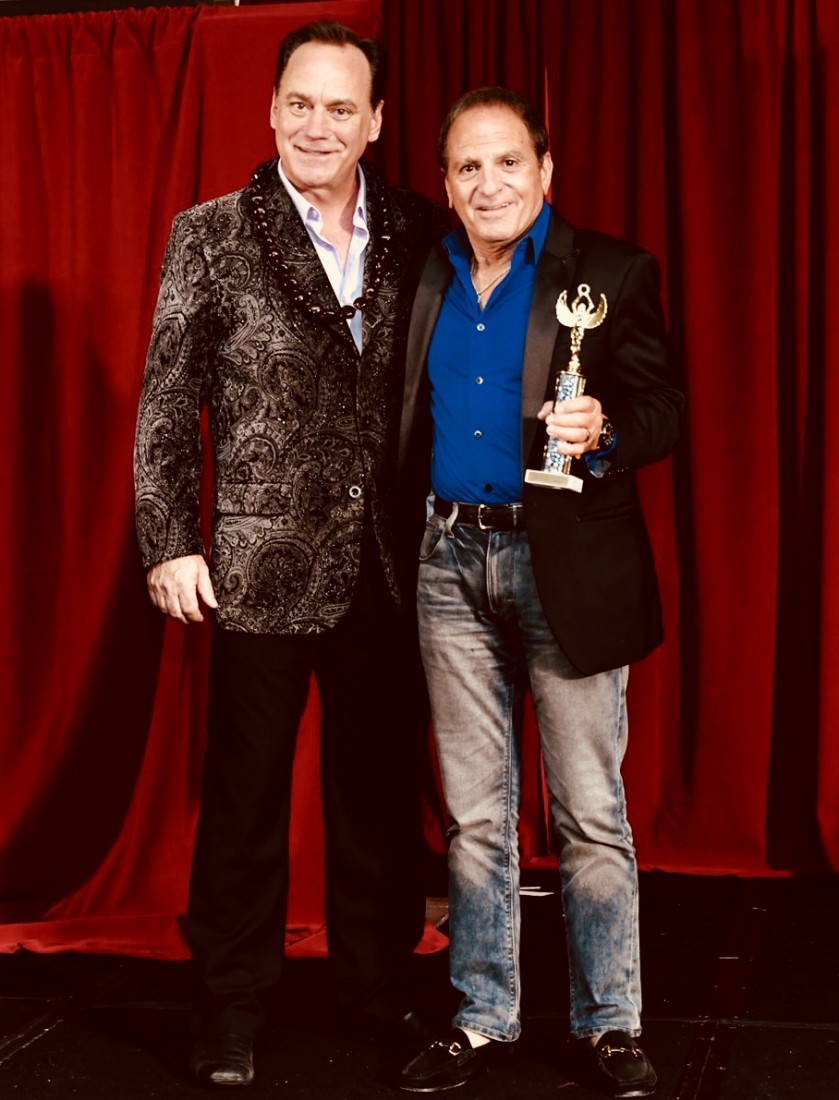 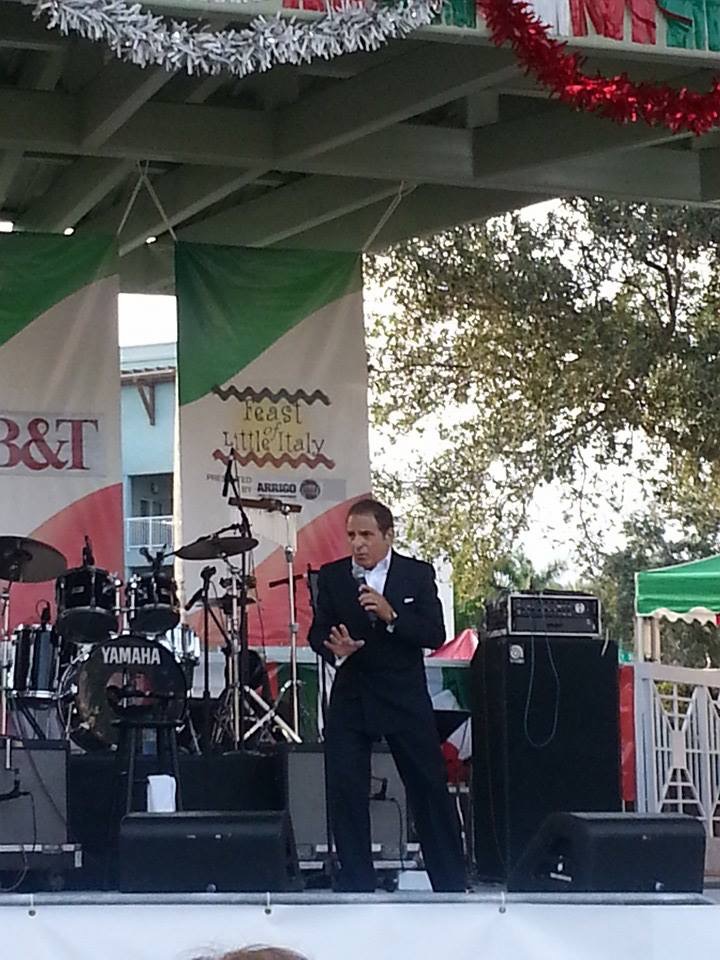 The Taste of Little Italy in Jupiter’s Abacoa outdoor theater

LOU VILLANO has established himself as one of the PREMIER entertainers, receiving rave reviews and standing ovations for his exciting performances. One of his top & most requested shows is his Paul Anka Songbook Tribute Show where Lou becomes Paul Anka and gives a star studded performance as if you were at a Paul Anka Show. Lou is the only Tribute Artist performing a ful 90 plus minute actual live Paul Anka Show. Complete with Multi-Media Lou recreates many of your Paul Anka favorites as well as songs that he wrote for Frank SInatra, Tom Jones, Sammy Davis, Jr., and eveh Buddy Holly THIS IS A MUST HAVE & SEE SHOW!

Lou gives you what you want to hear and see. Performs the Anka tribute show as if you are watching Paul Anka himself by having a similar look and style. He gives you the feel that Paul Anka is talking to you and performing his greatest hits. I highly recommend seeing the Paul Anka tribute show which I’ve seen twice and have also seen him perform old time crooner style shows and his versatility shines through every time. He is the consummate entertainer and you leave with a smile knowing you were completely entertained.

Lou Villano is the consummate entertainer. His rapport with the audience, great singing voice, knowledge of the material, and passion for what he is doing left an indelible impression on my wife and I. When Lou performed his Paul Anka tribute show, he truly transformed himself into the role and became the legendary singer. Before singing the many hit songs associated with Paul Anka throughout his career, Lou provided many interesting anecdotes and background about them. Lou Villano, as seen in his final set of the evening, is also quite versatile. His song styling interpreting the hits of other famous artists, as part of his repertoire, was enjoyable to hear.

Have seen over the years many tribute shows, but Lou Villano really nailed Paul Anka in his review. I think we have seen his show twice and it only gets better. The last show at The Black Box was the best. We are already booking for his March show.
A real genuine entertainer.

We really enjoyed his show. He is very talented and very nice.

Lou Villano gives a professional, polished performance rivaled only by the icons he portrays. Love his show each and every time!

Lou Villano is a rare talent! He has played at private parties for us. He does a great job on all the standards especially Paul Anka and Frank Sinatra. Definitely worth seeing!

Very simply - you can expect a great show from a polished and professional entertainer. The audience will be treated to a great evening - Vegas Style Show. If you book the Paul Anka Show it is presented exactly like as if you were at a live performance by the real Paul Anka.

Frank Sinatra, Dean Martin, Bobby Darin, Tom Jones, Engelbert, Sammy Davis are just a few of the singers that Lou can perform. Versatile & Talented are just a few words that describe what Lou can deliver in a show. Lou Villano presents two great shows - THE PAUL ANKA SONGBOOK TRIBUTE SHOW & LET THE GOOD TIMES ROLL VARIETY SHOW - these are a MUST HAVE and SEE SHOWS! The Paul Anka show is modeled after Paul Anka's live performances - This show can be from 60 - 90 minutes of Anka Hits like that he wrote and sang or hit songs he wrote for other singers. The show can be either performed as an all track show or with a 3 - 6 piece band. The show consists of Anka hits – Diana, Lonely Boy, Eso Beso, My Hometown, Puppy Love, Destiny and so much more. Within the show are songs that he wrote for other singers like Buddy Holly, Frank Sinatra, Tom Jones, Sammy Davis, Jr. plus hit songs from some of his fellow songwriters and friends. Jay Shapiro after seeing Lou's show wrote: “Lou Villano puts on one hell of a show. Probably the BEST Paul Anka Tribute performer in the United States." Livia Friedman – “Lou knocked it out of the ballpark as Paul Anka. Bravo, outstanding performance – A Super Show. Lou, in August 2018, won the award for “The Agents Best Impressed” at the Sunburst Convention in Orlando for Impersonators & Tribute Artist Show. It's a show that you are going to remember and walk out singing the songs that you loved so much by such a talented songwriter and singer.

Let the Good Times Roll Variety Show presents great songs that you can relate and sing along to by Frankie Valli, Ben E. King, Dion, Tom Jones, Sammy Davis, Jr., Bobby Darin, Frank Sinatra and more of the great crooners. This show can be custom tailored to your liking with many artists and even add a tribute to one of your favorite singers like Frank Sinatra, Bobby Darin. So LET THE GOOD TIMES ROLL at your next event!

Lou Villano grew up in Brooklyn singing the songs of some of the most popular singers, and is no stranger to the great crooners like Frank Sinatra, Dean Martin, Bobby Darin, Bobby Rydell, Sammy Davis, Jr, and of course Paul Anka. He receives rave reviews and standing ovations whenever performing any of his shows. LOU VILLANO has established himself as one of the PREMIER entertainers, receiving rave reviews and standing ovations for his exciting performances. His shows have been labeled as MUST SEE! He has received praise from songstress Julie Budd saying, "You are a fabulous singer … a major talent". Visit Lou Villano's personal website for more details and video's.

Wendy Liebman, a great and popular female comedian stated after their performance together at The Villages, "It was great to work with you Lou. Your show was fabulous and you're such a great performer." So don't miss the opportunity to book him for your next event.

When necessary any show I do can be self-contained with my own sound. If using a band the band comes with their own equipment. Some venues already has in-house sound so I would need monitors for all musicians + 2 out front for myself, mics, Direct boxes so that musician can plug into the house, microphones including a wireless mic and stand for myself. Also when available video playback of special effect video's during the show. All requirements can be discussed prior to any event.

Set list depends upon the show that is presented. Each variety show can be customized with a wide selection of songs for the show.

Can be discussed upon booking