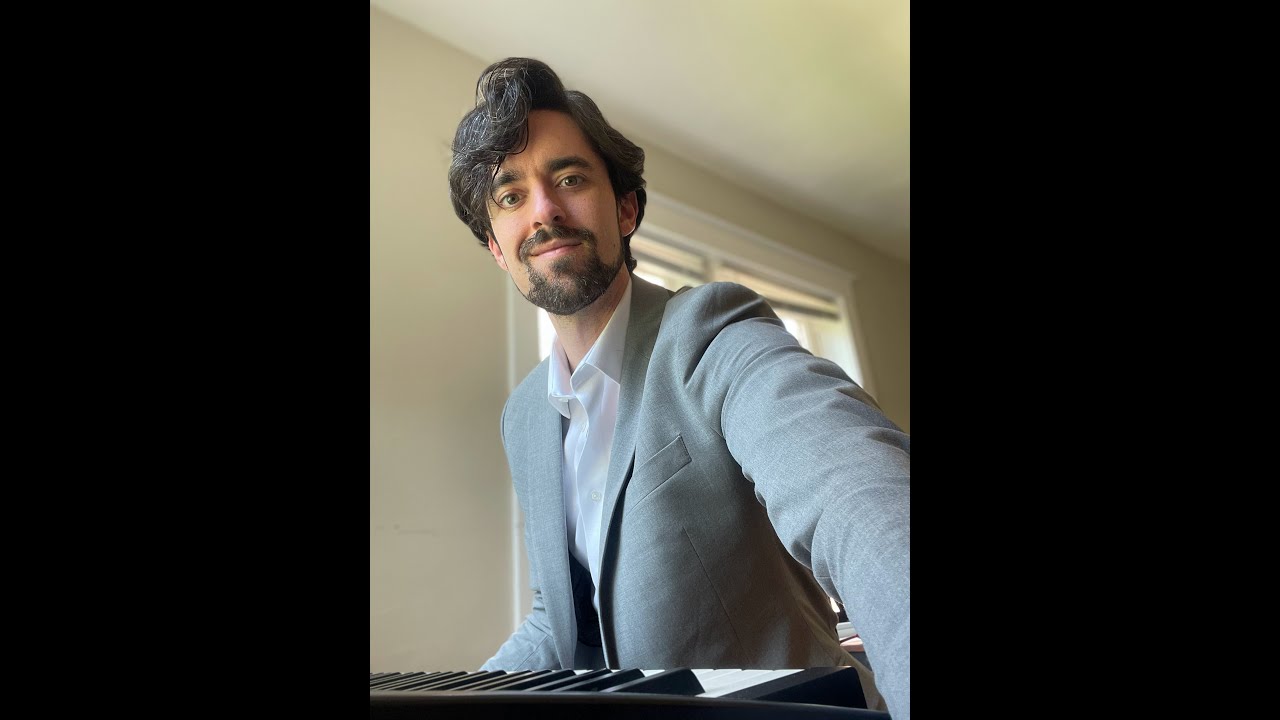 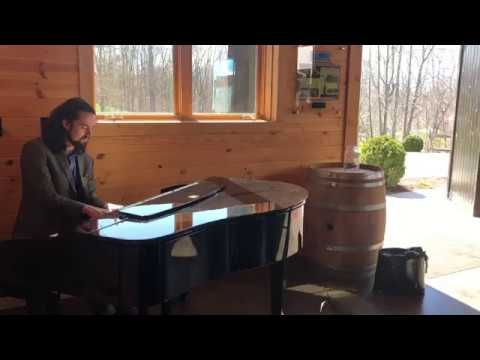 Justin Nelson Plays "On the Sunny Side of the Street" Live 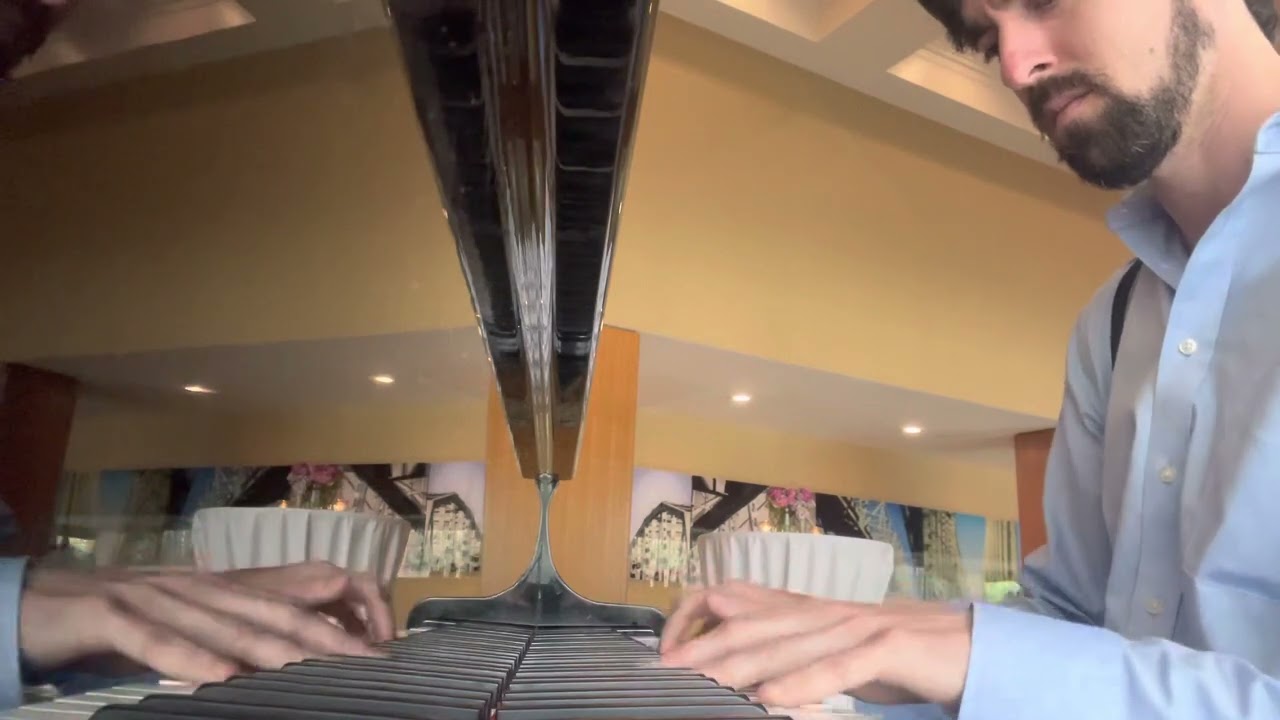 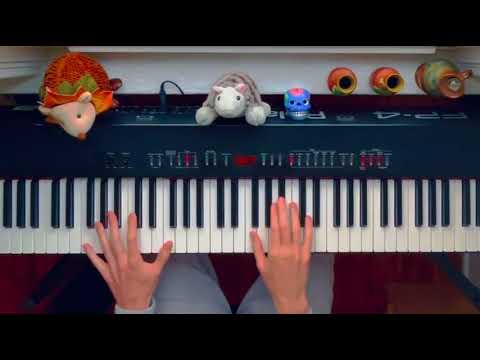 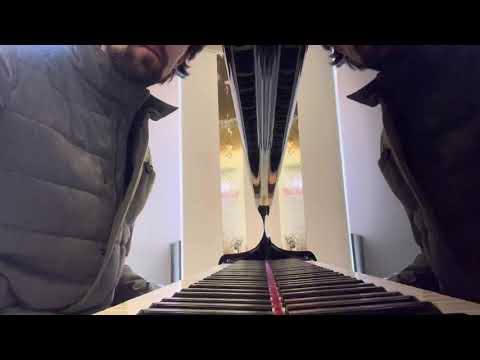 Original Wedding Composition for Bride and Groom
Myself 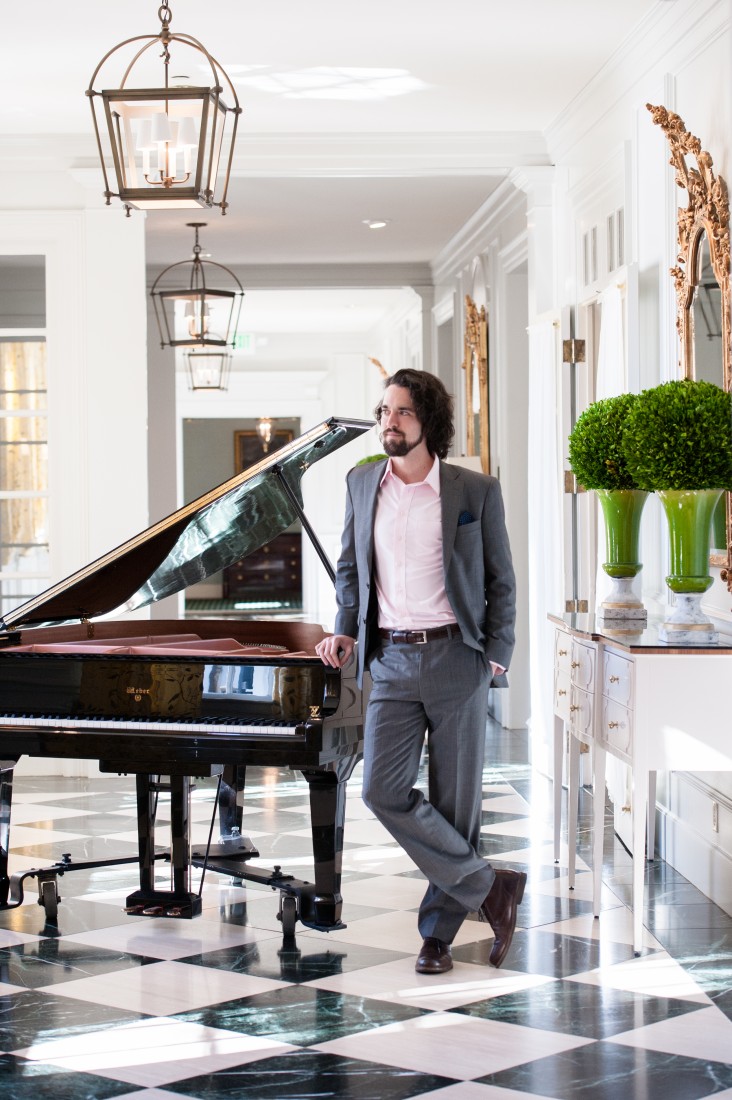 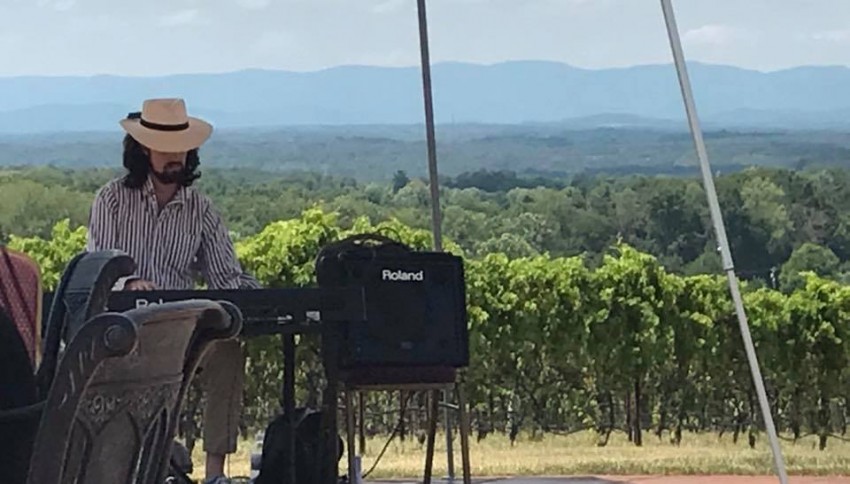 Playing at the breathtaking Raffaldini Vineyards 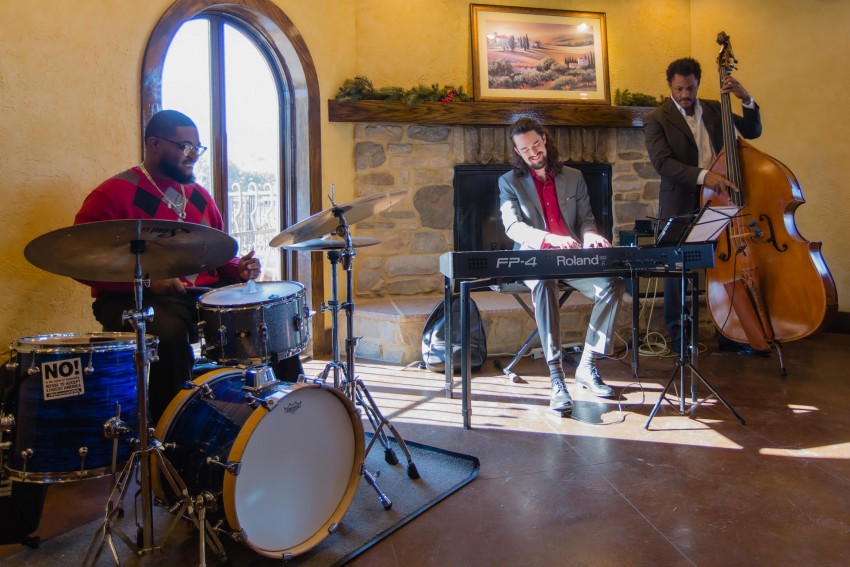 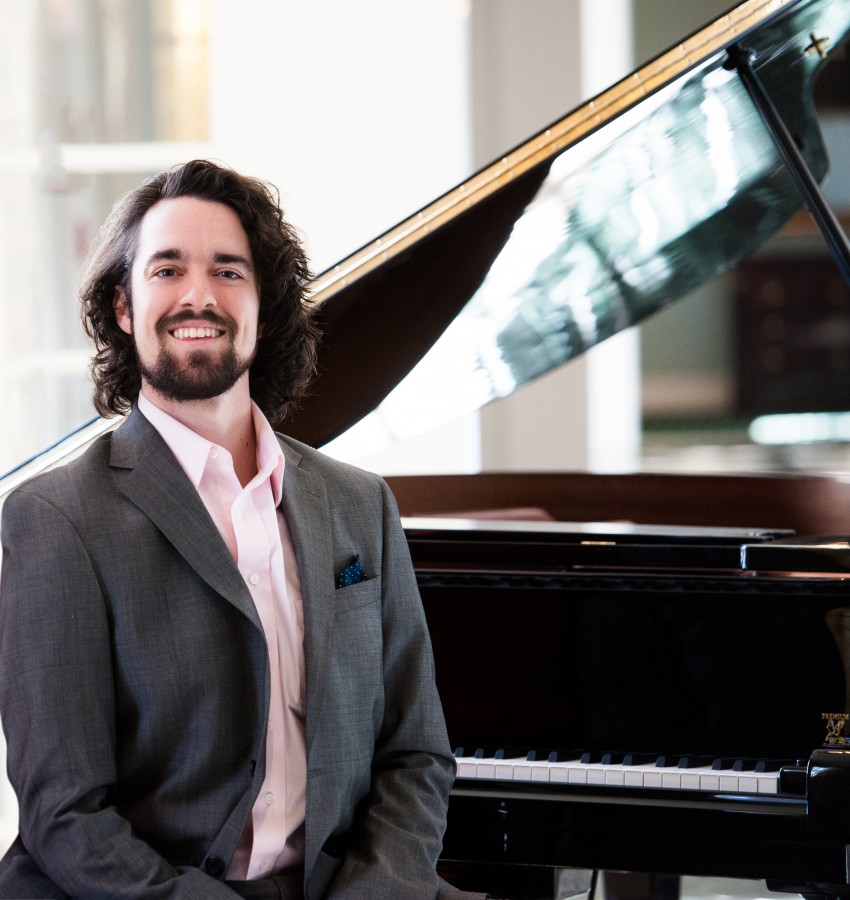 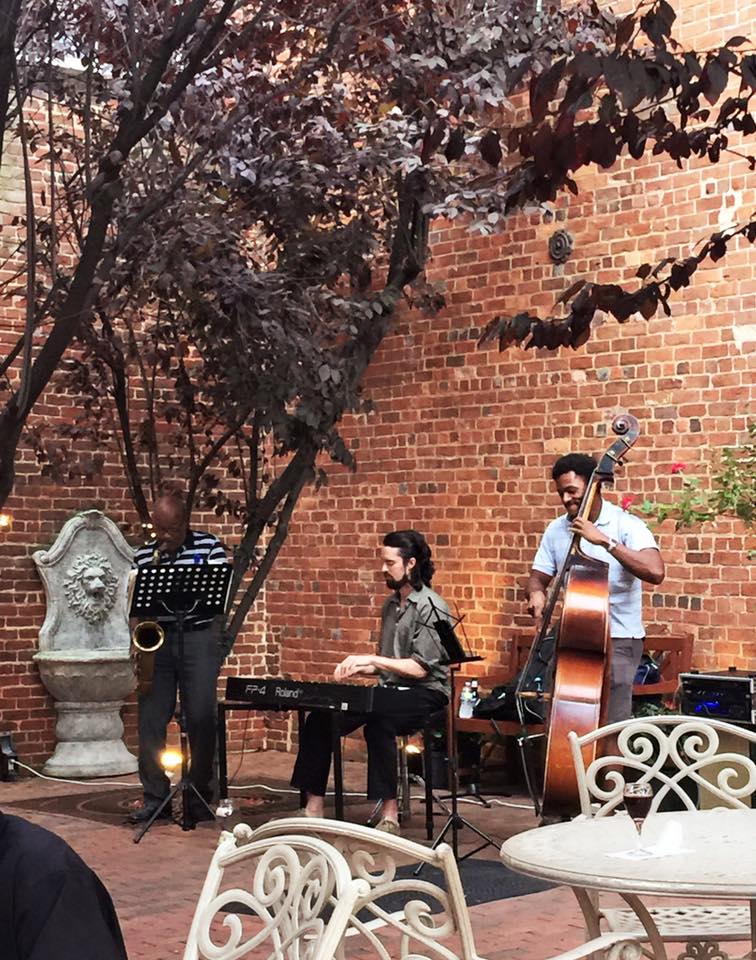 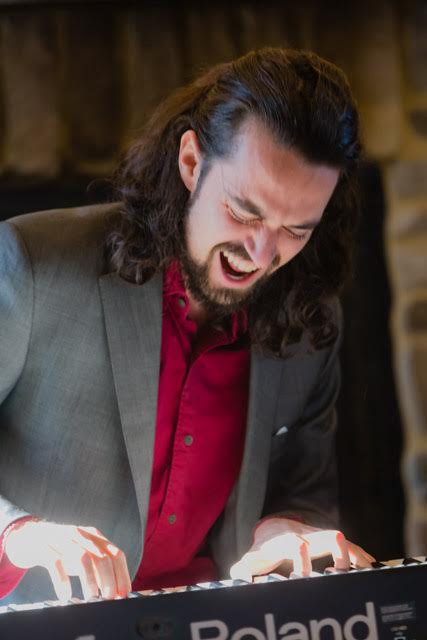 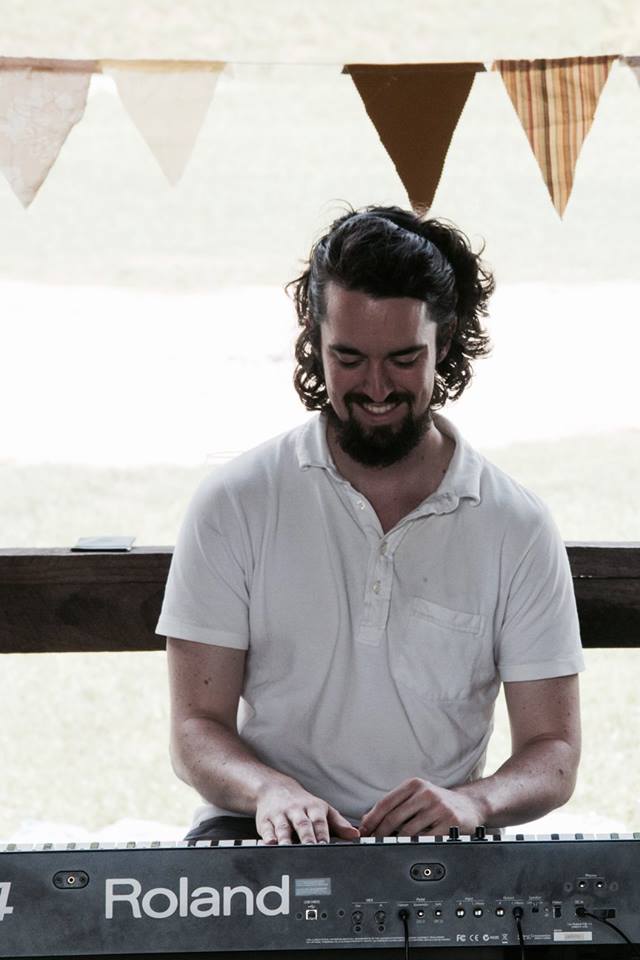 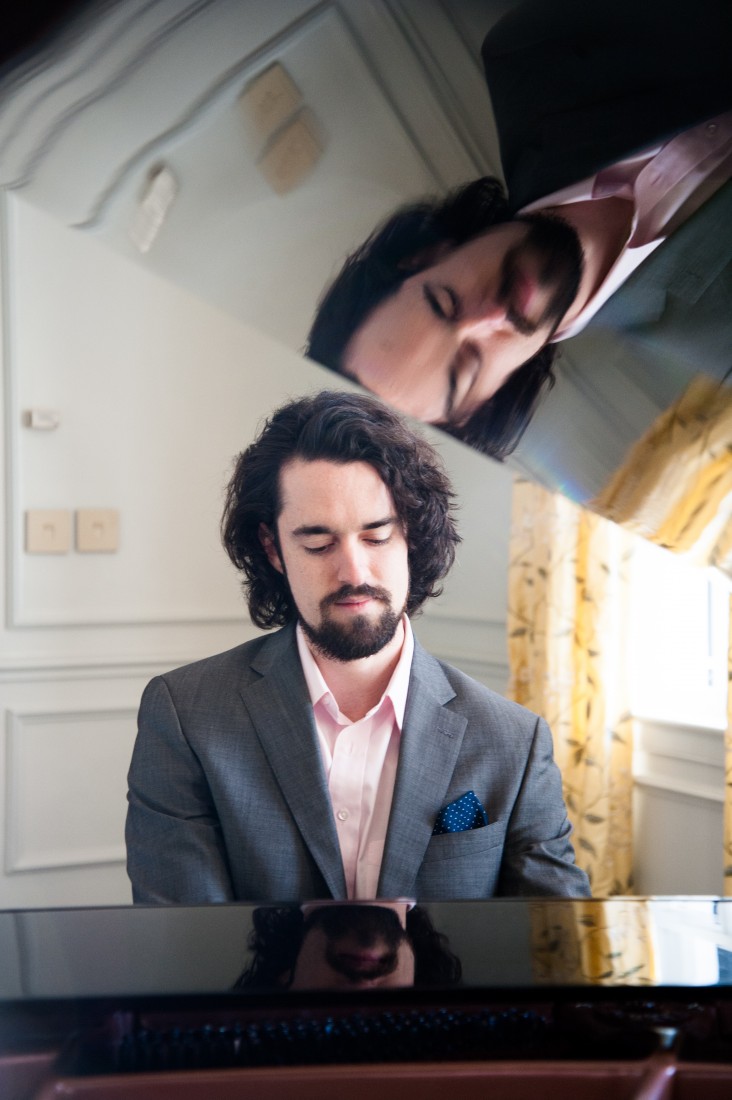 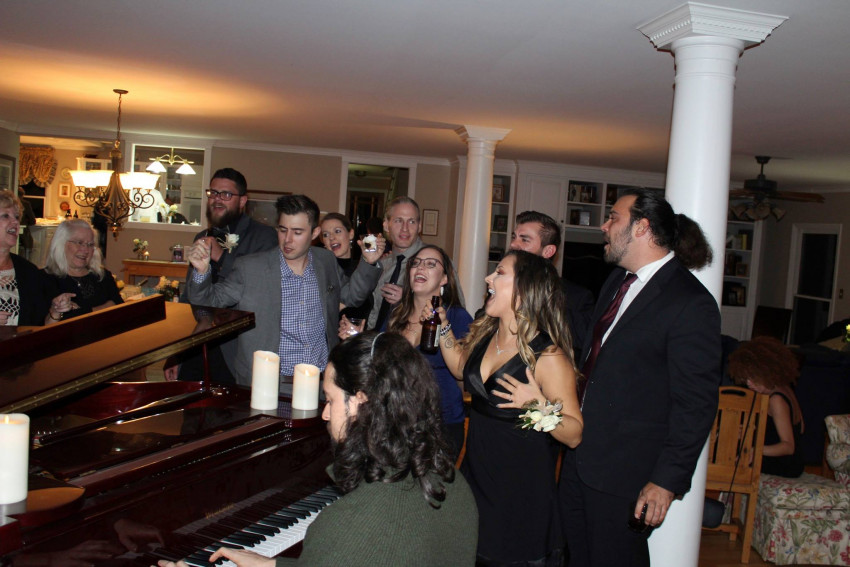 I provide beautifully executed, audience appropriate music for any event. I play music based in the jazz idiom but also branch out to classical music as well as pop piano covers, motown, r&b, and funk if the occasion calls for it, as well as some fun easter eggs hidden in there for the audience to find. Basically, I create an ambiance that is compelling and classy, as well as entertaining.

I am willing to travel long distances, but please keep in mind your location and the amount of travel time involved so we can come to a balanced, mutual agreement for pricing.

Justin was great. He is a very talented pianist who played a great variety of music during the cocktail hour before our daughter’s wedding reception. Perfect for for the occasion. And he was very professional - on time, appropriate repertoire, friendly, and classy. Thanks Justin, for contributing to a great event.

Thank you, Nick! It was a pleasure chatting with you and it's always a delight to perform.

Amazing pianist! MADE THE EVENT! Would hire him again in an instant. Fun, personable, everyone had a great time!

What a kind review, Christopher. The party was so fun and it was such a blast to have so many great and animated singers in attendance! Looking forward to the next one.

Justin was early for set up, professional, talented and personable. Not only were his talents at the keyboard noted and appreciated, he is such a lovely person and made our family and our guests at the party feel so special. We’re going to keep him busy with requests for future parties and hope others who care about the beautiful musical ambiance Justin creates book him for their parties, too.

Mary! What a beautiful review, thank you again for everything. Your group of ladies were truly 5 stars as well. I can't wait until we meet again so we can catch up.

Justin added SO much to a lovely evening!

Thank you, Susan! It was my pleasure to play in your lovely home. Hope to see you again soon.

Justin is a great pianist and very nice fellow as well! I would hire him again in a second! Prompt, reliable, and great catalog of music.

Justin was amazing it was a small engagement get together he entertained all the “old people “and amazed the young people as well!

His variety was amazing how he has all that in his head just his incredible!

I would highly recommend him for a small or large event.

Thank you so much, Tony. It was my pleasure, your party was a blast and everyone there had a really good vibe. Best wishes in NYC and I hope to see you again soon.

Justin arrived early, was very personable and played beautifully. We would highly recommend.

It was a beautiful evening and event, Gena. A pleasure to meet you and get to know the club!

I was impressed by his promptness, friendliness, and neat appearance. He played the piano exactly how I wanted him to play. I would highly recommend him.

It was such a beautiful performance, Adrian, your vocals were heart-felt and top-notch! I hope to work together again soon. Cheers!

We were very pleased with having Justin play at our wedding reception. We highly recommend him!!

Wonderful music for my sons wedding! Thanks Jason!!

Jason and his gift of music was perfect for the occasion of my Son's rehearsal dinner !
I would highly recommend him !

It was an absolute pleasure to work with Justin! He was responsive to all of our request and great at communicating with the coordinator from day one. His patience during some last minute program changes and inclement weather for our outdoor venue were greatly appreciated. I would recommend this skilled pianist for your next event. Thanks Justin!

Adrienne! It was so great to meet and work with you. Thank you for all your effort to help things go smoothly, it was a pleasure, and I look forward to working together again soon.

Justin dazzled us with his mix of genre's and styles. He entertained our group of about 80 for a few wonderful hours. We had many compliments afterwards about all the different covers he played. He was perfect for our Corporate Dinner at a fancy hotel, and we'd definitely book him next time we are in town.
At one point someone mentioned it was one of guests' birthdays, and Justin broke out in an impromptu "Happy Birthday" performance. Perfectly timed and expectations exceeded!

It was such a delight to be part of your event, Dustin. I learned a lot from your members and keynote speaker. Thanks again and look forward to working together again soon.

Very talented and pleasure to work with!

Justin is an extremely talented performer who delivered exactly what we were looking for during our event. He was prompt, professional and kind! The music he played did not overwhelm the networking event, but rather added to a relaxed ambience! All of our guests had a great time!

It was my pleasure, Karen, to be part of the event. Everyone was very nice and really appreciative of the music! The convention center was feeling right!!!

I found Justin to be a High Quality Musician and Professional. I hired him to perform a special piece at my father's memorial service. With his quiet and careful demeanor Justin, was the calming force that I needed in this situation. So much about this event I cannot remember. But Justin expression of the music I requested, his Musical Talent, Professional and Kind demeanor has made certain I will never forget Him. If a pianist is needed by me again in the area I will surely seek to commission Justin.

Justin Nelson KILLED IT at my christmas cantata party. Just the right repertoire for the event. The greek bassist that he had with him was absolutely fantastic . I could not ask for anyone better. All at an affordable rate as well. Highly Recommend!

I'm glad you enjoyed the group, Jerry. You're quite an inspiring human being yourself. Christmas + Cantata was such a great party theme!

Justin performed at our business during wine tastings and other special events. He was always punctual, professional, and brought our customers a great deal of enjoyment. I would highly recommend him for any retail performance.

Thanks, Benji! It was my pleasure to play for you guys and bring so much joy to the customers.

I provide beautifully executed, entertaining music for any event. I play music based in the jazz idiom but also branch out to classical music as well as motown, r&b, and funk if the occasion calls for it. Basically, I create an ambiance that is compelling as well as entertaining.

Justin Nelson is a pianist born in Gainesville, Florida. He began studying the saxophone at age 12 and ever since has had an intense passion for music. He received his A.A. from Florida State University (FSU) with an emphasis in jazz saxophone performance and philosophy. During his time there he had the pleasure of learning from great musicians such as Chick Corea, Rufus Reid, Bill Peterson, Bill Kennedy, Leon Anderson Jr., Rodney Jordan, Scotty Barnhart, Doron Kima, and Marcus Roberts.

On deciding to switch instruments to the piano he then transferred to the University of Florida (UF) to pursue a degree in English. During this time Justin began studying the piano seriously and realized it was what he wanted to do with his life. In his time since graduation, he has had the pleasure of working with Gordon Goodwin and his Big Phat Band including but not limited to: Wayne Bergeron, Eric Marienthal, Andy Martin, Sal Lozano, Bernie Dresel, and Brian Bromberg. He has also had the pleasure of performing international in Paris and Prague at various locales. He stands on the shoulders of giants and recognizes the humble nature that is intrinsic to becoming great in the field of music.

Upon his graduation from UF, Justin then attended and graduated from a groundbreaking course in piano music-making and technique entitled "Injury-Preventive Keyboard Technique", created by world-renowned musician Barbara Lister-Sink. To learn more follow this link: (link hidden) This 3-year program helped him to free himself from physical limitations at the piano in order to. allow his artistic ideas to flow freely. He is a certified teacher of the Lister-Sink Method and a fervent proponent of its principles.

Now, having performed and taught all over North Carolina for the past 9 years, Justin has moved to St. Louis to further pursue his career in music, excited for the opportunities and friendships this new area of the U.S. will bring.

The Way You Look Tonight
Fly Me to the Moon
Unforgettable
Take the "A" Train
It Had to Be You
Ain't Misbehavin'
Polkadots and Moonbeams
Take Five
I've Got the World on a String
My Way (Sinatra)
All of Me
I'll Be Seeing You
Someday My Prince Will Come
How High the Moon
On The Sunny Side of the Street
On Green Dolphin Street
The Girl from Ipanema
Moon River
Night and Day
Misty
My Funny Valentine
Ruby, My Dear
'Round Midnight
Wave (Jobim)
Stormy Weather
Body and Soul
Sophisticated Lady
In a Sentimental Mood
Mood Indigo
Chelsea Bridge

There are many many others, probably 50 more or so, including honky tonk and stride piano, plus original compositions, but I'm in the process of writing them down.

If a piano is provided on location, I don't require anything! If not, I just need a space to play and electricity for a keyboard.

Kris M. said “The dueling pianos show at our town celebration was a huge success! I would definitely recommend Felix & Fingers!” 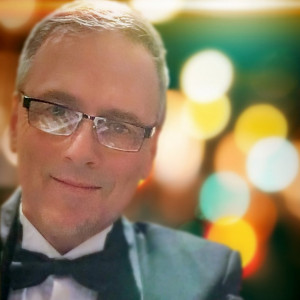 Ken M. said “I was impressed how many songs Larry has memorized. As background music, the many different songs played were seamless and flowed very well together and…” 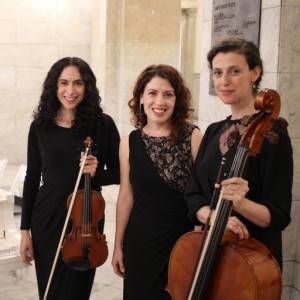 Patricia B. said “The addition of the string trio gave us an additional and beautiful way to say ‘goodbye’ and to express our emotions and was a tremendous addition to…” 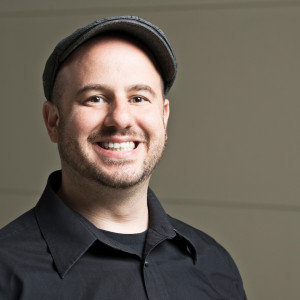 Natalie C. said “Absolutely tremendous !!! If you have the opportunity to book Nick to play at your event you will be absolutely grateful .”