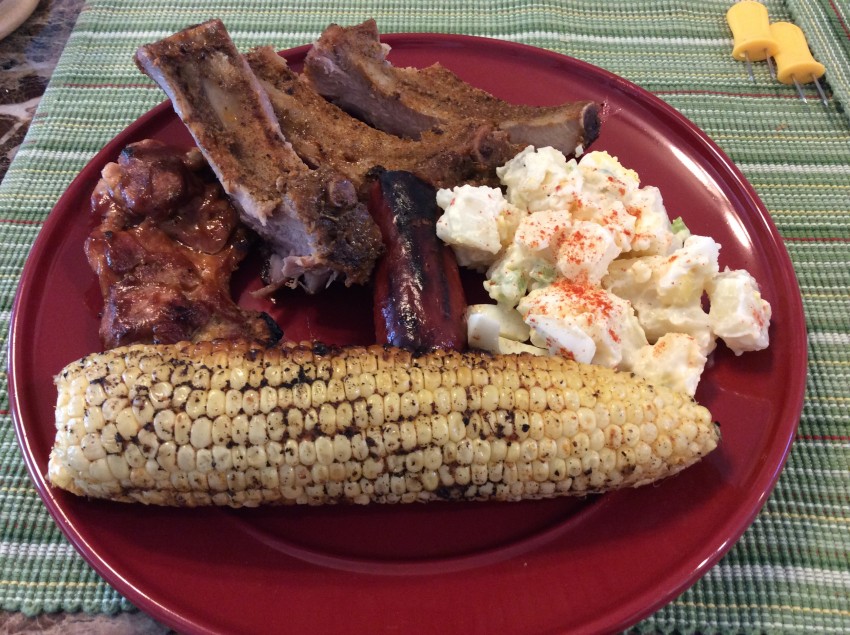 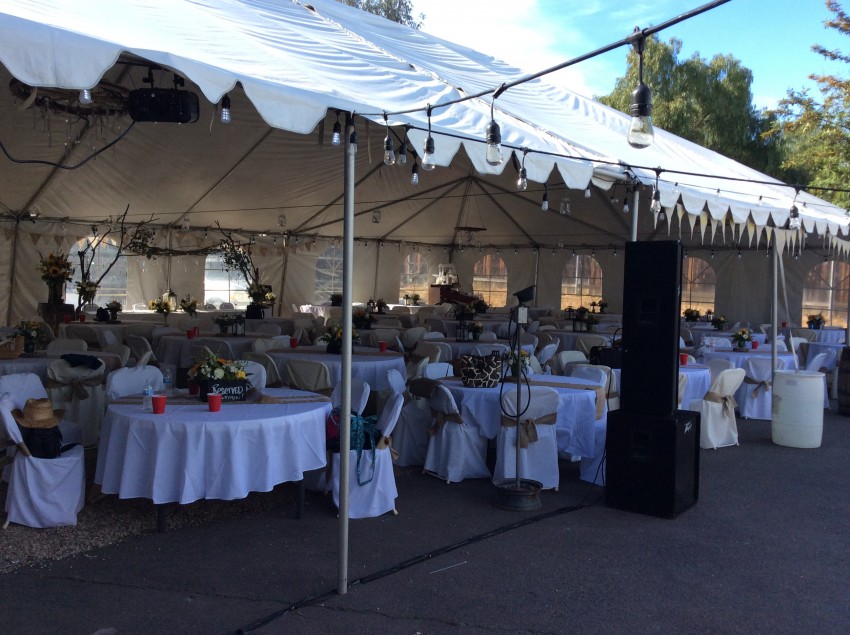 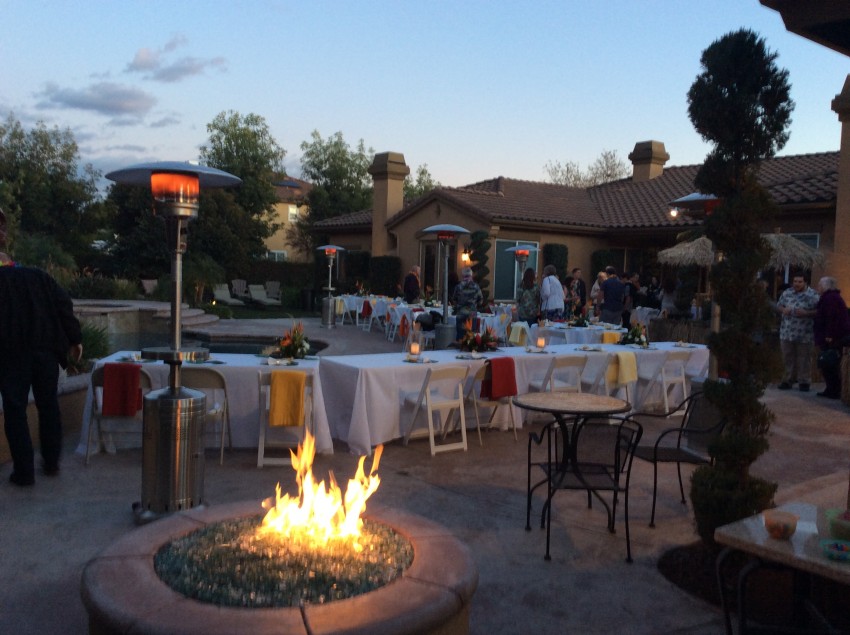 I may be new to gigsalad, but I’m not new to BBQ. At Ozzie’s Que we just don’t bring Memphis or Texas style barbecue, we do an infusion of flavors with different spices, marinades, and sauces. We put a fresh twist on an old staple of cuisine. For us, we let the meat and smoke speak for itself. We use different woods from Oak to, Hickory, to Mesquite. If asked 2 words to describe our Que, it’s low and slow damn good barbecue. Okay, I know that was 6 words and a mouthful.

I was instantly impressed by Scott's quick and detailed response to my quote request. I had other responses that were very vague and delayed. That is the only reason I'd give two stars instead of one.
I told him my plan wasn't to have "dinner" but more like bar/after dinner food.
WITH HIS INPUT AND HELP, I eventually settled on ribs, hickory smoked tri tip sliders, garlic parmesan tater tots, salad, fruit, and chips/salsa/guacamole. It ended up being dinner after all. HE wanted to stay to toast, build, and serve the sliders fresh. He stated that in the contract he sent me.
$900 for 60 people
He wanted to use our BBQ to toast the buns fresh, use our oven for the tater tots, and serve the food. He said he'd be here @ 530 for a 730 meal. I planned accordingly.
Day of the party he called @ 4:12pm and asked what I was planning on him doing since originally I only wanted a quote to drop the food and go. I didn't even know how to respond and not really sure what we agreed on at that point. Why wouldn't I expect what HE clearly said he was going to do?
I called about 15 minutes later to ask him to be specific about what he was doing so I could make adjustments, last minute, for my 25 wedding anniversary!
No answer.
I text to ask him if he needed the BBQ we put out. He replied "no." So we put it away.
At 6:48 I had a guest call him from my phone to ask where he was. (7pm party time)
He arrived shortly thereafter.
Once he got there he was in a mad rush. He asked my daughter for knives and tongs.
Dinner was 15 minutes late (nothing earth shattering)
My daughter brought us plates of food and I noticed we had ribs and tri tip. What the heck?!? Why not sliders??? I hadn't ordered knives from the rental company! HOW DO I EAT TRI TIP WITH A FORK AND NO KNIFE?
I walked in the house a while later to see him looking in my frig. I asked him what he needed and he said someone was asking for ketchup. Are you kidding me?
The meat tasted fine but the first batch was cold since the water in the chaffing dishes hadn't had time to warm up.
The tater tots were under cooked and al dente. They sucked.
There was no guacamole and the salsa was store bought out of a jug.
I was extremely disappointed. The next day he had the audacity to text me asking for a review.
I mentioned not knowing the menu changed from having sliders. He said sorry the buns got left behind so that's why we stayed and helped clean up.
They Cleared Dishes From Two Of Eight Tables!
The way he responded was like he was completely clueless how unprofessional the whole deal went down.
I'D NEVER THINK ABOUT USING HIM AGAIN.

All I can say Taunya is wow. First of all I admit I forgot the buns. I will take responsibility for that. But you have some nerve posting your comments. You asked if I needed the grill because you wanted to use the space. I said no because we could just serve the sliders untoasted. So that's why I didn't show up so early. You said you just wanted us to drop off food. The reason why we couldn't just drop off food was because people kept asking my helper to clear their plates, which we were not contracted to do, but we did anyways to make up for leaving the buns and we are not in the habit of telling guests no. I'm not sure where you were but my helper cleared all plates except for the late arrivals. Getting back to why we were late and rushing was because I and pretty much the rest of the planet charges about $20.00 per person for BBQ. I MADE 14 racks of ribs and 6 Tri-tips. You also changed from a salad to fruit plates so we cut fresh fruit for you as well. Because you talked me down to $17.00 a person instead of the customary $20.00 a person, I couldn't hire my standard 3rd person so we ended up falling behind. So I apologise for giving you the discount, I won't make that mistake again, and will point this review as the reason why I won't lower my prices. I'd rather not do an event then get a negative review like yours. Yes $900.00 for 10 hours of work from start to finish. And the tongs, sorry your guests broke 2 of mine getting the salad. Who knew you could do that 🤔 but I take great solace knowing my meat was moist and flavorful when about a dozen including you complimented me on it. I thank them. I tell you, when I text you and apologized about the buns, you were a lot nicer and didn't seem to bothered by that. And no, the food wasn't cold as I had to use tongs to cut the ribs. No I didnt bring ketchup cause you had me make 2 Aiolis for the tots. I understand you were not 100% happy, but at least be honest in your review of my and othe future vendors you us

Scott is the ultimate one stop shop! He has done several bartending events for me in the last few years, and this time, when he said he catered BBQ, I was instantly on board because everything this guy does, he does it with grace and ease! Our tri tip sliders were soooo good! I didn’t have one favorite item everything was so good! I will have Scott our to provide his great service again soon! You won’t be disappointed!!

Thank you for the kind words Crystal. It's always a great time doing your events. Everyone is always gracious it's like cooking and bartending for family. I look forward to the next event with you. Again, congratulations to you and your new hubby!

They arrived on time and and were ready to execute. Spot on customer service. I can tell they have had many prior experiences working events cause it showed. These guys/gals are pros. The BBQ provided was plentiful and delicious. The cook used exotic woods when cooking the meats. The meats were moist, tender and smoky. My favorite was the smoked tri-tip. Overall it was a success, it turned out to become one of the best birthday parties my wife ever had. If your not good at hosting, like me, I highly recommend hiring this team. They take care of everything.

Hi Scott,
It was nice to come out and cook for you and your family. I’m glad we could package the bar service with our catering to make it a one-stop shopping experience. Thank you for the great review, and look forward to your next event!

Ozzie's Que is the best Bar-b-Que! I thought I knew good BBQ, but this is truly the best! Other BBQ I've had doesn't come close to Ozzie's Que. Their sides were amazing too...all I can say is Wow! I am so glad they catered my event. Staff was professional and they were very well organized. My family had a great experience and I highly recommend them!

Thank you for the kind compliments. I never take reviews lightly as most people tend to just be focused on other priorities. It didn’t even feel like work at your event. Everyone was so nice and gracious, I felt like part of the family. I hope we can be there for all your catering needs.

We hired Ozzie's Que for our last event and was really pleased with not only the food, but the service as well. His team arrived on time and had the food ready when he said he would. Also, his rates are reasonable. Will use them again for future events.

Hi Joe, thank you for your review. It was a pleasure to meet you and your family. I know you are a busy man, and I appreciate you giving me your review when I reached back out to you. It is sometimes hard to get people to take time to sit down and write a review as I am guilty of it as well. I look forward to grilling for you and the family soon!

We infuse influences from Texas, to Memphis, to Mexico, Asia, and the Caribbean into our dishes.

Belinda M. said “Everything went great. The waitstaff was pleasant and very professional. I would definitely book them for my next event.” 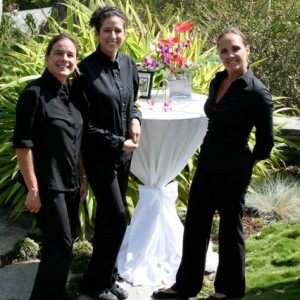 Life of the Party

Nicole R. said “I can't tell you how happy I was with Jennifer on Saturday night. My dinner for 8 was a complete success and everything was so much easier with her help.…” 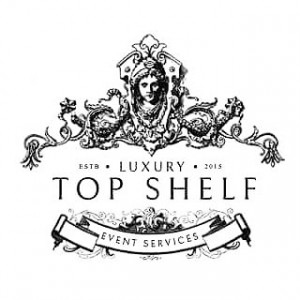 Brent W. said “I had a private dinner for 6-8 people and James was excellent from serving drinks to serving food. I highly recommend him if you are looking for someone…” 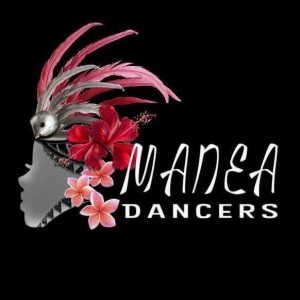 Bill K. said “We hired them to do a corporate event and everything was wonderful. Great costumes, food, props, and entertainment.”