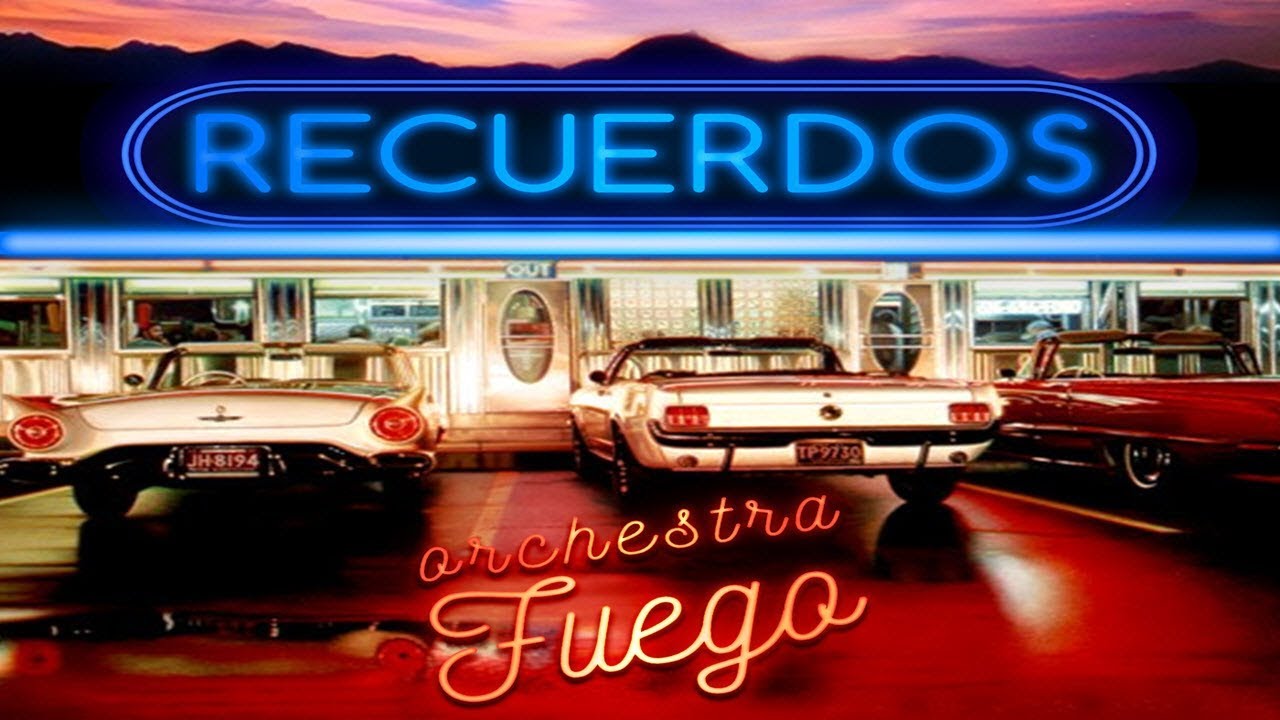 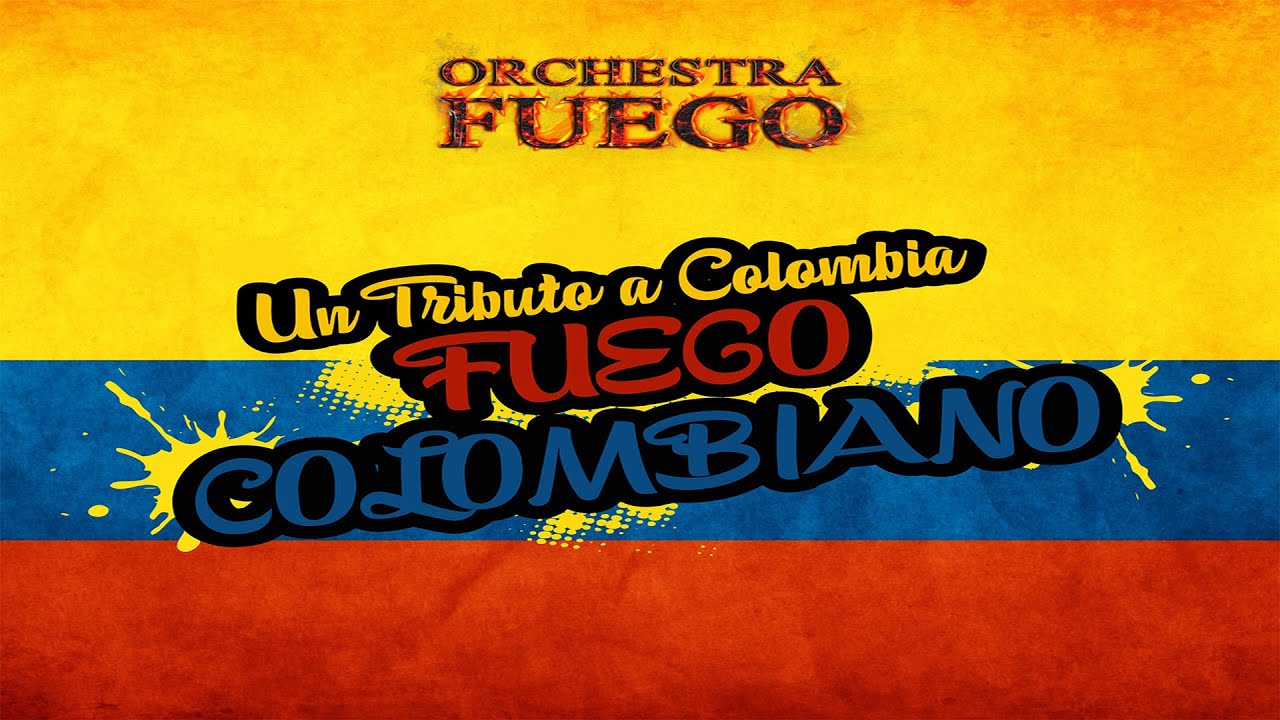 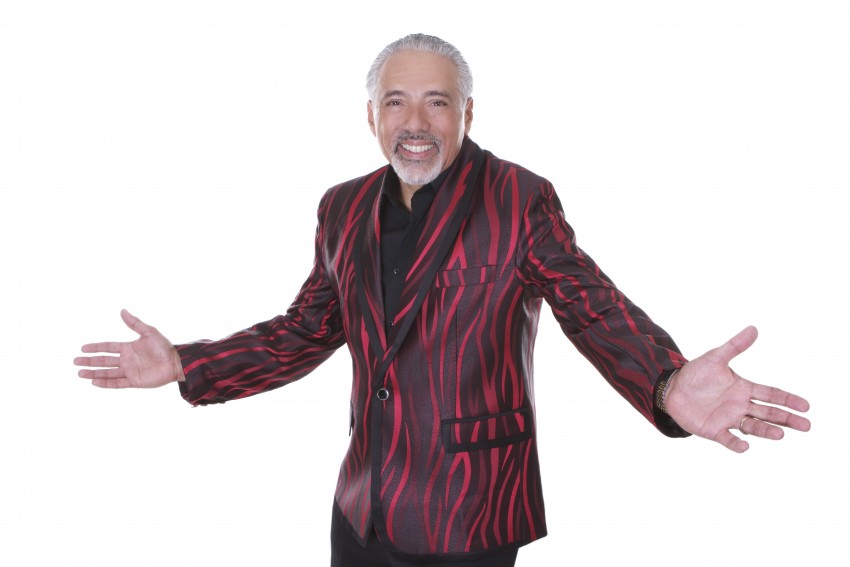 Orchestra Fuego is a sensational Salsa band that performs both original and familiar Latin songs with invigorating new arrangements. Based in Tampa Bay, Florida this twelve-piece live orchestra presents an ear pleasing and visually alluring performance that magnifies their impressive presentation style —and the band’s dynamic, high energy sound dominates every stage they play on.

This band played our corporate party and made the event fun and personalized!! We had an amazing time and are incredibly thankful to Orchestra Fuego!!

Thanks, Amy, for your wonderful review. Glad everyone had a terrific time.

We love this band. Once you start dancing you will never sit. We first saw them at the Gulfport Latin Festival and now we try to go every place they appear close to us. The last time was in Ybor City at Ybor Jazz House my feet and toes were so numb but I did not care as I just kept dancing until they left. That is how good they are. I am hoping I do not have to wait to long before they perform again as my body and feet love to dance to their Latin beat. Love you Orchestra Fuego!!!

Salsa at its Finest!

I enjoy Orquesta Fuego's live Salsa beyond what words can express.. It's the purest most raw Salsa music that gives you goose bumps! Marcus hits that piano like he F@&#%* means it!! ...and when they played their rendition of Quimbara, I went outta control!!
Love them!!!

Thanks brother, glad you enjoyed yourself.

My husband and I saw Orquesta Fuego at The Wooly, downtown Gainesville, and we had such a great time! Their music is awesome, we danced Salsa and Merengue all night. What a great perfomance, Luis Aponte and Jorge Tamayo are the best! Can't wait to see them performing again.

Oh, my! What an awesome group!

When this band plays locally, I will be there. They are the greatest! The vocalist, Jorge Tamayo and Luis "Torpedo" Aponte are exceptionally talented! I have not had a greater time at any event (and I had no idea what they were saying; I danced all night). I bought the CD and am listening to it now and dancing in my seat at my desk. A must see group of fun-loving, professional, talented and blessed, people. The musicians are the best I've ever heard! Hat's off to Marcus Hernandez for your direction. I am a fan who impatiently wait for your next local event. GREAT JOB!

Thank you Wanda for your generous review. I'm glad you had a good time. We'll be back in the area soon. Just check out our website for times and dates of when and where we will be performing. We also just released our second album which is on sale on our website.
Any question please feel free to reach out to me.
Have a terrific day!
Marcus Hernandez, Musical Director

I saw Orquesta Fuego a couple of weeks back at the Wooly in downtown Gainesville. The orchestra packs a tight sound with fantastic stage presence and they quickly got the floor dancing to their beat—I didn’t know we had a Latin orchestra of this quality so close to home. Props to Jorge and Luis for their great work.

I highly recommend watching them live and catch their next show!

Hi Santiago; thanks for your wonderful words. We really appreciate your review.
We just released our new album titled "Salsa Brava" and it's on sale on our website and all major vendors, such as iTunes, Google Play and many more.
We'll be back in that area soon; just check our website for details.
Be well.
Marcus Hernandez, Musical Director

Since the day I met Mr. Marcus Hernandez, I was totally blown away by his level of professionalism and I felt at ease knowing that my son, his bride and our guests will have a good time. However, when he and his orchestra performed at the reception, every single guest was amazed by their performance, the way the interacted with our guests, the music, the sound and their disposition. Their energy level was outstanding. We highly recommend them and can't wait to hire them again. They definitely exceeded the 5 star ranking.

The Latin bands performance during Maggie's 50th birthday celebration in Tampa, FL was amazing! The live music was a combination of salsa, merengue, bachata and entertainment! I was blown away by all the musicians in the band. The music was clear and loud. It was very entertaining watching them play their instruments. I particularly enjoyed watching one of the musicians dance with his partner. He looked so gracious and natural, watching them dance made my Puerto Rican blood bubble! I enjoyed the band so much, that I will follow their event schedule and hope to attend an event soon...that's 3 hours or so away. I'm in Savannah, GA and I am already looking forward to it!

Myself and my guests were in awe of this band. They were prompt, organized and professional. The music director, Marcus Hernandez, was the consummate professional. From the first conversations to the first in person meeting. The music was amazing. I would recommend them and hire them again without hesitation. The only regret I have is that I didn't hire them for a longer period of time.

I had the privileged of seeing and hearing Orchestra Fuego this past weekend at a Birthday Party at Tampa Bay Pebble Creek Golf & Country Club. They were absolutely fantastic. Their 2 singers were exceptional and were at ease pumping up the crowd. If you want a great sounding Salsa band then Fuego is the one.

Orchestra Fuego has always exceeded expectations from guests to our staff. Extremely professional and amazing music! Highly recommended! Perfect for any type of special event!

Orchestra Fuego is a high energy Salsa Band. We also play a variety of other Latin American music, such as merengue, bolero, cha cha and Bachata. We play what's called "Old School NYC Salsa" and will sure make you want to move and dance.

Orchestra Fuego is a sensational Salsa band that performs both original and familiar Latin songs with invigorating new arrangements. Based in Tampa Bay, Florida this twelve-piece live orchestra presents an ear pleasing and visually alluring performance that magnifies their impressive presentation style. This seasoned group of musicians with over two decades of experience produce a sizzling show—and the band’s dynamic, high energy sound dominates every stage they play on. Orchestra Fuego delivers a vast and versatile repertoire of songs that includes Salsa – their first love - Merengue, Bachata, Bolero, Cha-cha and more. Their hot Latin passion is on fire and can be felt through their expressive enthusiasm and high energy levels everywhere they perform.
A sole piano player’s relocation to a new state marks the origins of Orchestra Fuego. Director and front man Marcus Hernandez was a veteran performer on the New York City scene in the late 70’s and 80’s at the peak of the Salsa movement with Latin music running deep in his veins. When Hernandez relocated to Florida from New York, he was fueled by two things: an abiding interest in Salsa and a passion for bringing this sensational Latin sound to his new home state. This quest led to seeking out and performing with other Salsa aficionados in the area, and these original musicians are all now members of Orchestra Fuego. “After playing a few gigs,’’ laments Hernandez, “it became evident early on that the time was ripe to revive the classic Salsa sound in central Florida.” Five years later, this same group of seasoned musicians have grown together and become a family rich with Latin heritage which makes for a tight sounding, ultra-professional band.

It is this cohesiveness that contributes to Orchestra Fuego being one of the most sought out Salsa groups in the Central Florida area. Consisting of three singers, percussionists, brass musicians, a pianist, and a bass guitarist, their blend of Afro-Cuban rhythms mixed with Nuyorican flavor has maintained the integrity of what is referred to as “Old School Salsa or New York City Salsa,” complimented by a fresh twist. Since their debut in 2014, Orchestra Fuego has ignited a myriad of dance floors throughout Florida with their upbeat, high energy performances. Additionally, their first album, Encendido, has world-wide download coverage including on the domestic U.S. scene, internationally in the European market, and spanning the Pacific to the far reaches of Singapore.
Audiences everywhere agree that Orchestra Fuego’s danceable beats bring energy and exciting entertainment to any occasion, causing people to rush to the dance floor the moment the music begins. Comfortable playing to crowds that number in the thousands or at intimate social gatherings, this versatile group expertly performs in a wide range of entertainment venues from nightclubs and restaurants to country clubs and large corporate events. And their enthusiastic fan following in Central Florida has deftly positioned them to become beloved by audiences well beyond the borders of the state.
In addition to performing live shows, Orchestra Fuego is also working on several recording projects. They have released three albums Encendido, Salsa Brava, and Quemando La Pista, and are currently producing their fourth album and a new music video. Orchestra Fuego has won best Latin Song of the Year at the Elite Entertainment Music Awards and has been nominated for Best Latin Album at the Independent Music Awards. “We really enjoy performing and watching others appreciate our music,” shares Marcus, “and we are eager to bring our sound around the world.” Indeed they are doing just that - their music is currently available on iTunes, Amazon, CD Baby, Google Play, Pandora, and Jango Radio.

Any performances that are more than 100 miles from the City of Tampa we will require a sound system that will be able to hold 14 microphones along with 14 microphone stands.

Our sound is similar to those of Willie Rosario, Puerto Rican Power, Gilberto Santa Rosa, and Marc Anthony.