Back to Paul McCartney Impersonators 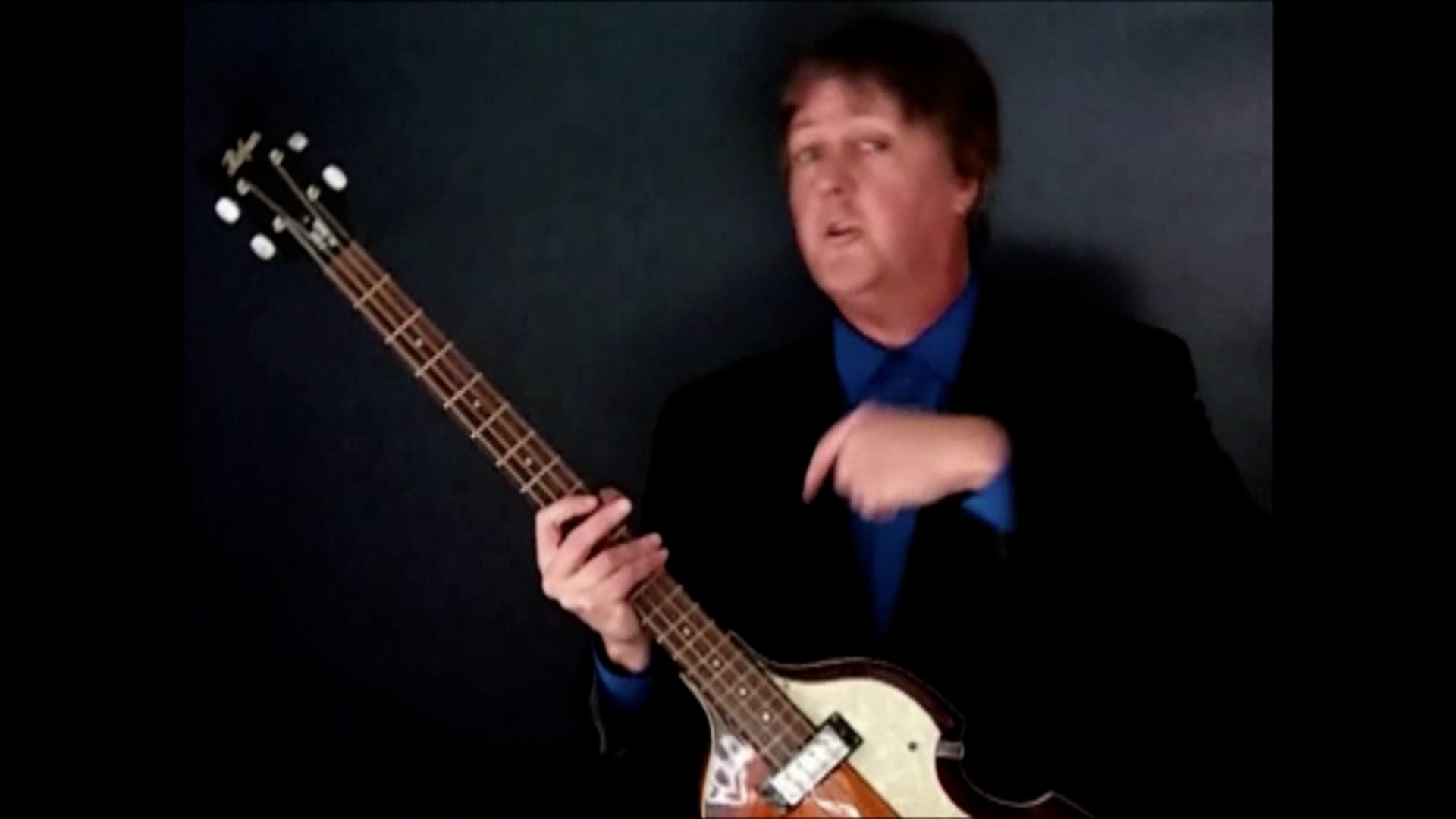 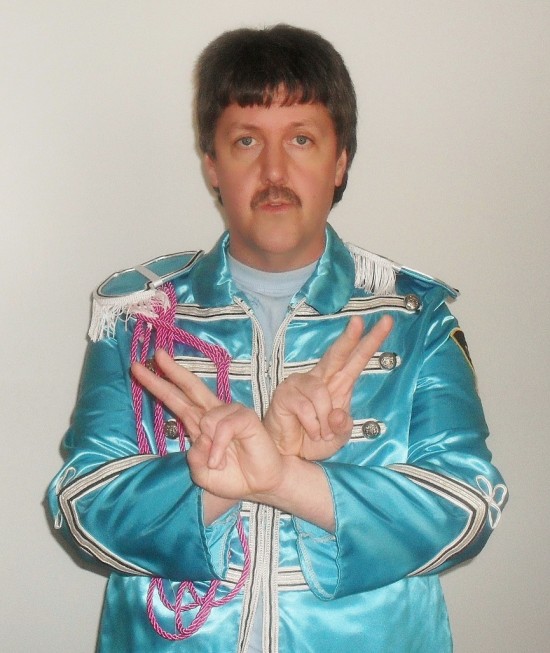 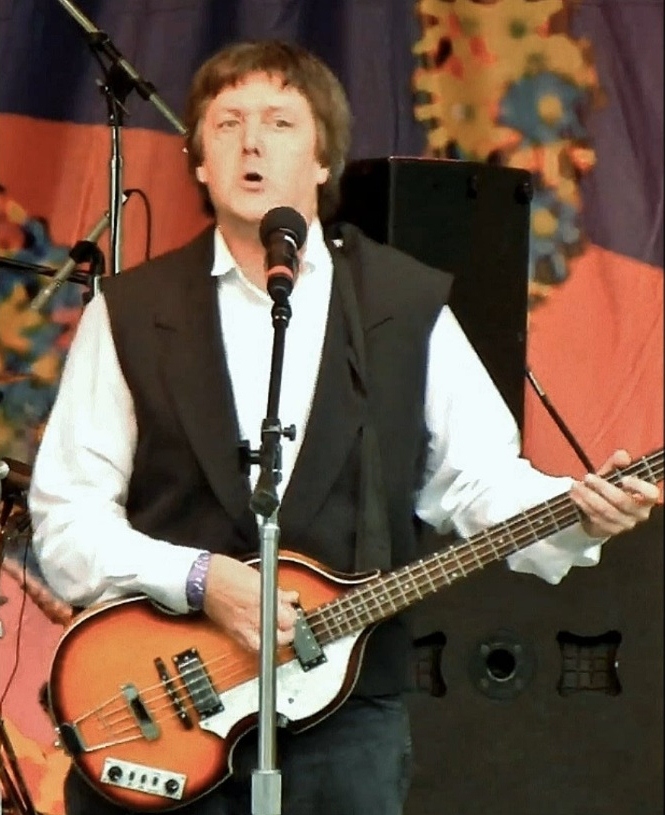 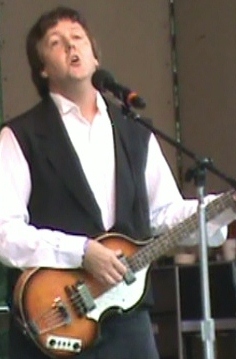 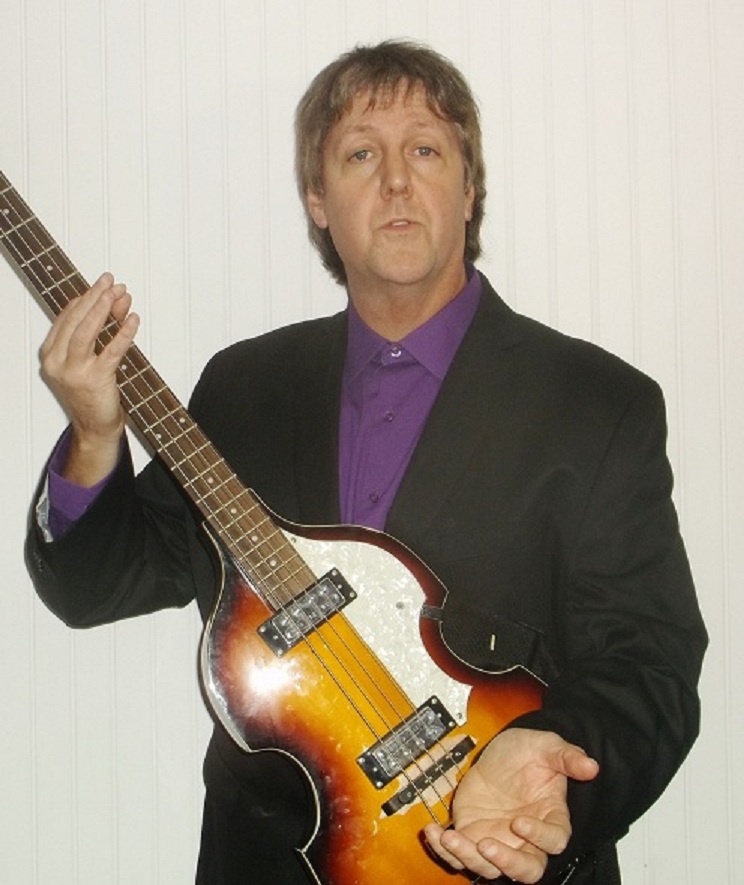 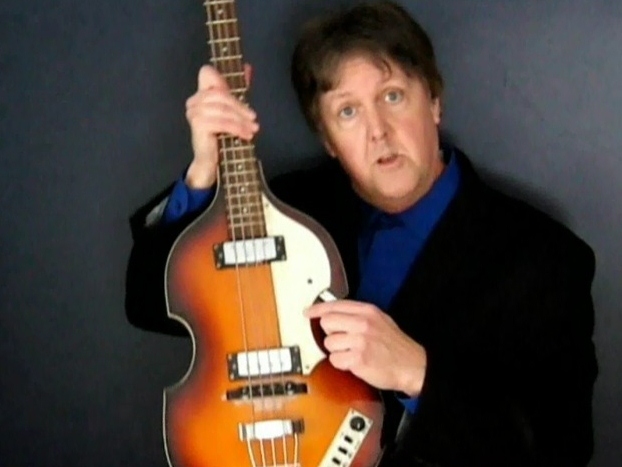 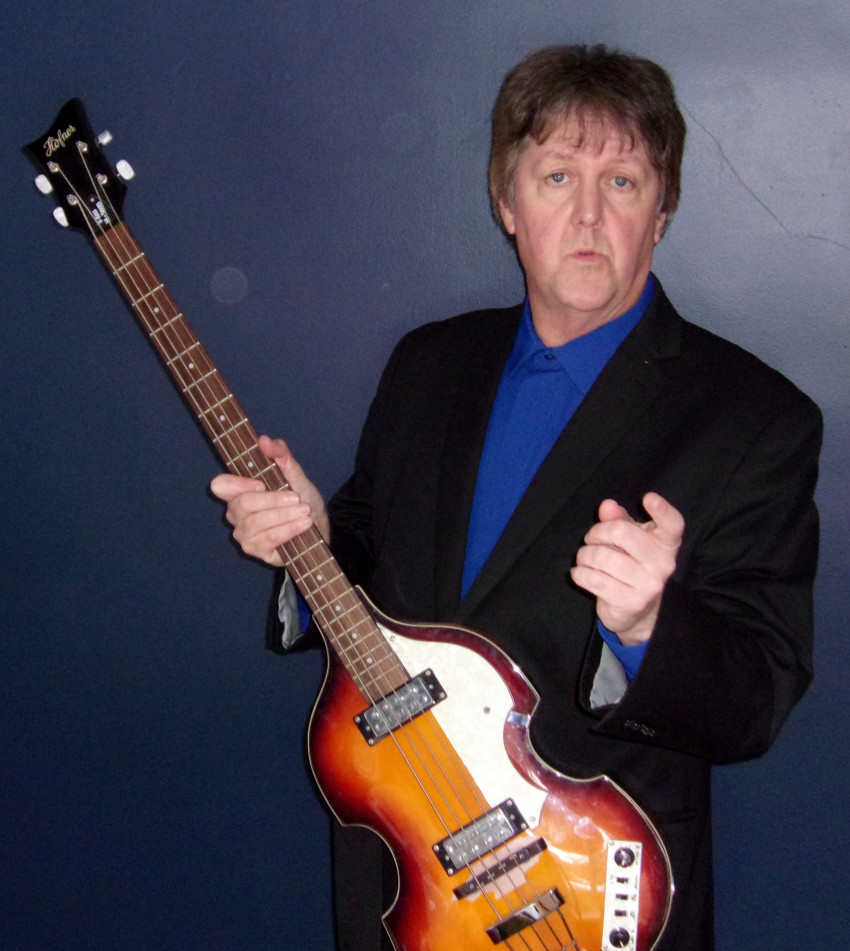 appearing on "The Tonight Show with Jimmy Fallon" 2019

Noted in media as being one of the best McCartney impersonators in the world, Mike Miller captures the look, sound and persona of Sir Paul. Paul McCartney & Wings guitarist Denny Laine, who played a show with Mike, quoted to the audience "It's just like Paul isn't it!". Mike has also twice been a guest for "The Tonight Show with Jimmy Fallon". His band.."One Sweet Dream"...has performed pre-Paul McCartney concert shows. Available for meet & greets, solo performances or with full band in concert performing Paul's best Beatle and solo hits.

One Sweet dream put on a very fun show and the audience had a great time.

A great performance. Not everyday "Paul McCartney" knocks on your door to sing to you. Turning 64, my lady; an avid Beatles fan and Sir Paul admirer, had made sure we all knew that on her birthday " When I'm 64" had to be played. Sir Paul, not only looks the part, and sounds the part he puts on a great performance.

He was such a great impersonator and so easy to work with. 5 out of 5 would recommend!

His Performance Exceeded my Expectations

My friend was celebrating his 70th birthday, but could not have a huge celebration because of "illness" that they say is out there. I asked "Paul" to send a video to Al since the Beatles was his favorite band. He made a short personal video, interspersed with personal points I sent about Al, and sang TODAY IS YOUR BIRTHDAY! It was a hit. We all loved it and it made Al's day.

“Close your eyes” and imagine Sir Paul singing in your garage during a pandemic. Fab and unforgettable! Thank you Sir Paul! ❤️

The band was great! They arrived when they said they would and were accommodating and personable. The music was awesome and everyone enjoyed it and had a great time. Everyone commented on what a fabulous job they did. I am getting calls today by people telling me how great the music was. They did pictures after and my son and his friends were thrilled. I was more than pleased!

Response from One Sweet Dream: The Paul McCartney Experience!:

Our pleasure...it was FAB for us too!

I hired ‘Sir Paul’ to make a video wishing my boyfriend a happy birthday and singing a few Beatles songs so I could edit together a sing along with his friends and family. It was so awesome! ‘Sir Paul’ really ran with it. He made the video so fun and special! I’m sure he’s even more fun in person, but if you’re looking for an awesome way to celebrate virtually, I would highly recommend you try this out!

I think some of my friends still believe that Paul McCartney came to my party just to sing me the birthday song.

Sir Paul was a pleasure to have!

Mike was amazing. Everyone had such a good time. He made the party an amazing event for my wife’s 65th. Everyone loved him.

My boys and other 75 people loved every minute of them!

Wonderful and exceeded our expectations.

Mike was courteous, professional and most entertaining. My wife could not have been happier with the entire performance and event.

Sir Paul was a hit!

Sir Paul really goes above and beyond. He was such a character and everyone loved his performance at our party. I posted a few videos to my social media and almost everyone was messaging asking how on earth we got the REAL Paul McCartney to come to our party. He is a spitting image and has the attitude and manerisms down pat. The music was great and he even wrote custom lyrics in about my Mom for her birthday.

He made the party and was so great!Not only looks alike, but same voice and excellent entertainer!
10 stars should be more like it!

Impersonator Paul was fabulous and made our party special for 65th birthday surprise. Everyone enjoyed, sang,danced , and experienced the nostalgia of the Beatles!! He's such a dead ringer and great entertainer!!Also...a truely nice person.His voice is right on key! Well worth it!!

One Sweet Dream: The Paul McCartney Experience was "Exceptional" and worth every penny! Paul sang, involved the crowd (a 65th birthday party of 60 guests) and graciously took pictures with all who wanted a remembrance of a very fun evening. Many thought it was Sir Paul himself. Highly recommended/ very entertaining!!! 4/1/2017

"Paul" was great at this 50th birthday party for someone who loves the Beatles and Paul McCartney. He arrived early to coordinate with our DJ so that it remained a surprise. He sang 7 songs and got the audience engaged. After, he remained for photos with all the guests. Well worth the money!

Great time, will never be forgotten!!!!

Thanks so much Paul! My husband was so surprised at his 50th and we will never forget the great time we had with you there! I can't thank you enough!!!! :-D

We used Mike for our recent wedding. He was awesome! Our guests and the wait staff were convinced that Paul McCartney was in their midst. From how he was outfitted and interacted with guests to his spot-on musical performance, I highly recommend him for your next event! Great time and we can't wait to have another party for him to perform at! Love, Mr. and Mrs. Murray

Review of One Sweet Dream: The Paul McCartney experience.

We highly recommend Mike Miller "Paul McCartney"!! He did a great job singing and impersonating Paul McCartney. He is very talented and totally professional. He made our party so much fun and a very memorable one too!! Thank you so much and hope to see you again!!

Audiences who may never get (or afford!) the oppurtunity to witness a performance by the real Paul McCartney, will be elated over Mike as a "the next best thing" choice! The voice, mannerisms, english puns and humour all come together to take guests to a musical nostalgic journey. In a live concert format with Mike's band "One Sweet Dream" (an Abbey Road lyric), You get the best of Maccamania..not just The Beatles generations of the 60s, but the 70s and MTV generations can join in as well by hearing such hits as "Band On The Run", "Maybe I'm Amazed", "Coming Up" and more, just like a real McCartney concert! Denny Laine, guitarist for "Paul McCartney & Wings", played along with Mike and his band on stage for a set and proclaimed to the audience "It's Just Like Paul Isn't It!" Hired by Jimmy Fallon's "Tonight Show" not only to perform at a retirement party for a staff writer, but on the actual Tonight Show as well in 2019!

varies..structured in accordance to event type.