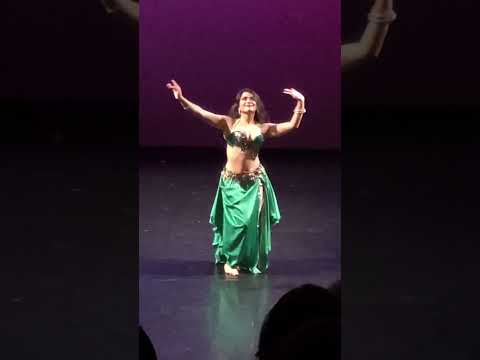 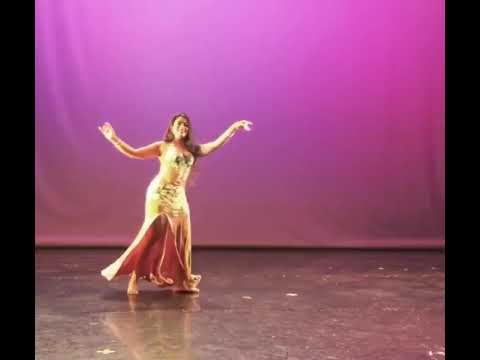 Bring an authentic taste of the Middle East to your next event!
Nourah is a top-ranked performer. Her dance is smooth, effortless, and exciting. She will captivate everyone at your event with her well executed skills, and her beautiful smile.

Pictures and videos don’t do her justice, she was stunning and performance was amazing!! I definitely recommend her 🥰 Thank you!!

We are beyond grateful for Nourah joining us at our wedding. Based on the reviews I had read and the videos / photos viewed before booking, I already had a great feeling. But those videos don't do her justice. Seeing Nourah live was many times more impressive. Nourah is a beautiful person (in and out) who shines and radiates wonderful energy. She is effortlessly sexy and classy. She has mastered the art of belly dancing and knows how to engage with the audience. Our guests could not take their eyes off her beauty and talent. She really added so much value to our event. The outfits were gorgeous. The interactions before the event were professional. Nourah made great, helpful suggestions which we appreciated.

If anyone is looking for entertainment, you'd be lucky to have her attend!

Thank you so very much for everything, Nourah. We are incredibly happy to have found you. Such an immense pleasure, truly. Wishing you the very best. 🙏

Dear Mr and Mrs Pourgol,
This review brought tears of gratitude and joy to my eyes ❤️
Thank you for appreciating my work, and for providing me with the opportunity to perform at your beautiful wedding. May you always have love and laughter in your home everyday🙏🏻
Congratulations once again !

We had Nourah as belly dancer on our suprise party she did great job, on time very nice and kind girl, for sure I will ask her for the further gathering more.

Thanks Nourah and good luck

We hired Nourah for a birthday party at our home. She was very easy to work with and to contact. Everyone enjoyed her performance. She was friendly and very interactive with the audience! We had a great time!

Thank you so much for the lovely review Tammy. I laughed a lot and had an amazing time performing for your guests 😊

Thank you very much you were so professional came in on time called ahead make sure everyone was happy the outfit was perfect she was always smiling. she made Everyone dance 5 stars
Thank you

Thank you for the honest review Chadi. I had so much fun with your guests! Makes me appreciate my work even more😊

She was amazing . Patient and respectful .

Thank you Trisha! I was so delighted to be part of your anniversary. Congratulations once again!

Most amazing way to open a dance floor!

Nourah is so beautifully talented! We had her at our wedding! My husband is from Barbados and I'm Persian and it was the best performance I have ever seen! We wanted to have a touch of the middle east in our theme. Shes so authentic and gifted with such beautiful dance moves. She engaged our crowd so well, everyone was so pleased with the show. Thank you Nourah for bringing such excitement to our day! Forever thankful.

I hired Nourah as our belly dancer for our Dad's 60th surprise birthday party back in September. She was phenomenal! Her skills and talent were exceptional. She engaged with the crowd of all ages, and everyone couldnt stop talking about her. I would highly recommend her to anyone looking for belly dancer.

Thank you for everything, we will forever remember this day.

Nourah was phenomenal! She was the highlight of my birthday event. I’m so happy to have hired her. She was very easy to work with. Nourah is a kind soul and her passion for her work reflect through her performance. i wish her all the absolute best!

Nourah has a rich history with dance, having grown up surrounded by Latin music and movement. She discovered upon trying out a Tribal Dance DVD, that the movements came naturally to her. She began formal training in 2011 with Oksana and Abigail at the Egyptian Dance Academy. Interested in exploring different methodologies, she continued her training at Arabesque Academy with Melissa Gamal, Sarita, Amy, and Yasmina Ramzy. She cultivated her artistic skill performing at various venues as a member of the Arabesque Academy Student Troupe and eventually as part of the Egyptian Dance Company. Nourah has been vigorously trained and thoroughly inspired by Nada El Masriya since 2014. In addition to her training at EDA, she has had the pleasure of learning from world renowned artists including Mohamed Shahin, Tito Seid, Randa Kamel, Sadie, Hannan Sultan, Luna of Cairo and Raqia Hassam. Nourah currently performs with the Egyptian Dance Company and Agency, featured in multiple performances across the GTA, including cultural and private events.

Nourah continues developing this art form while broadening her horizons beyond BellyDance. She experiences her dancing as a fluid extension of her physicality; it is smooth, exciting and effortless.