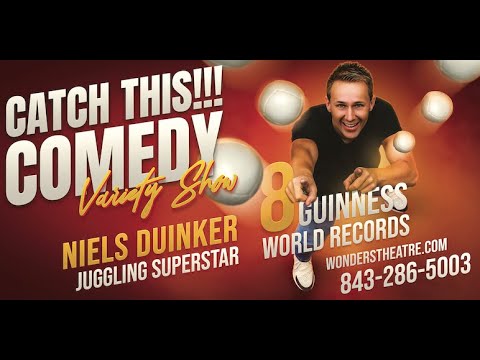 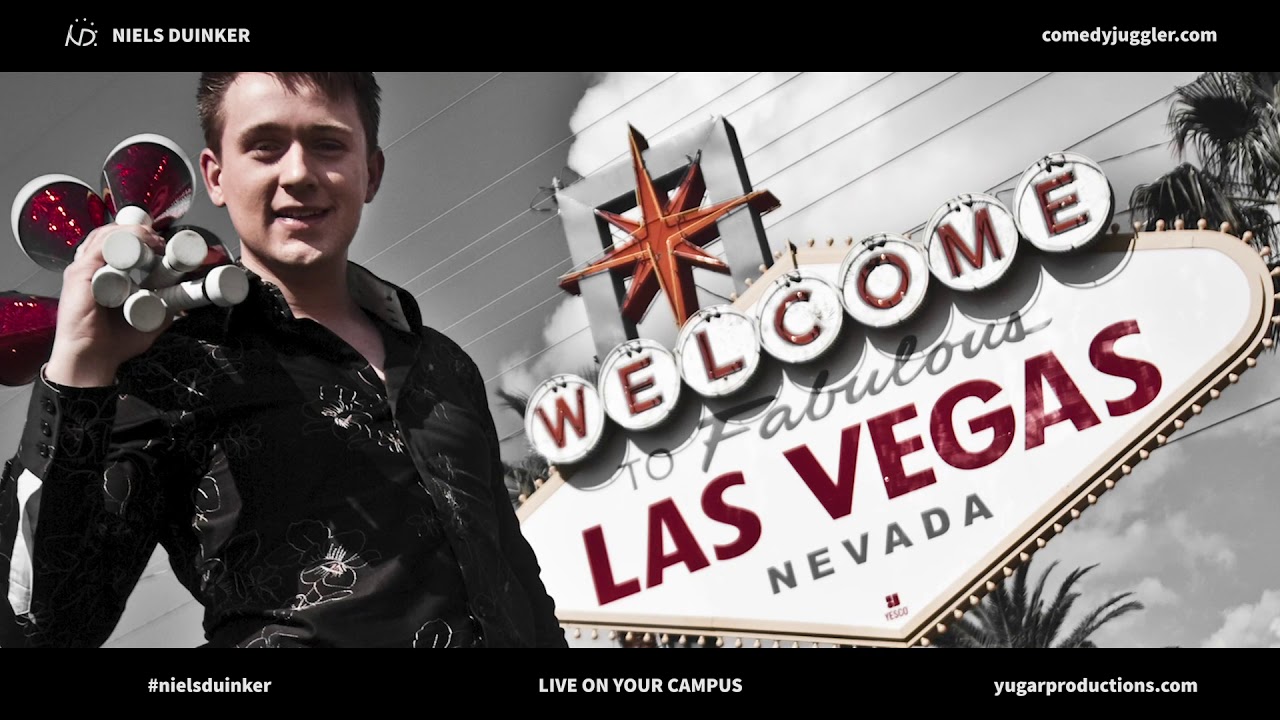 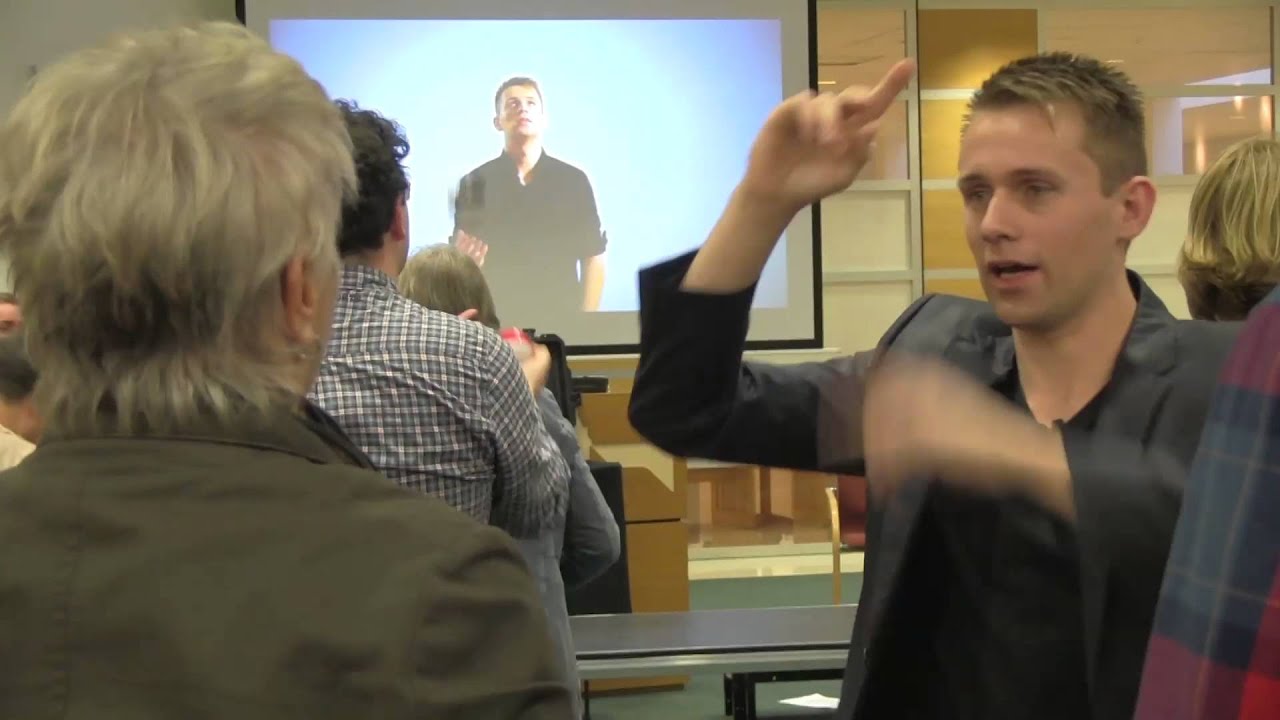 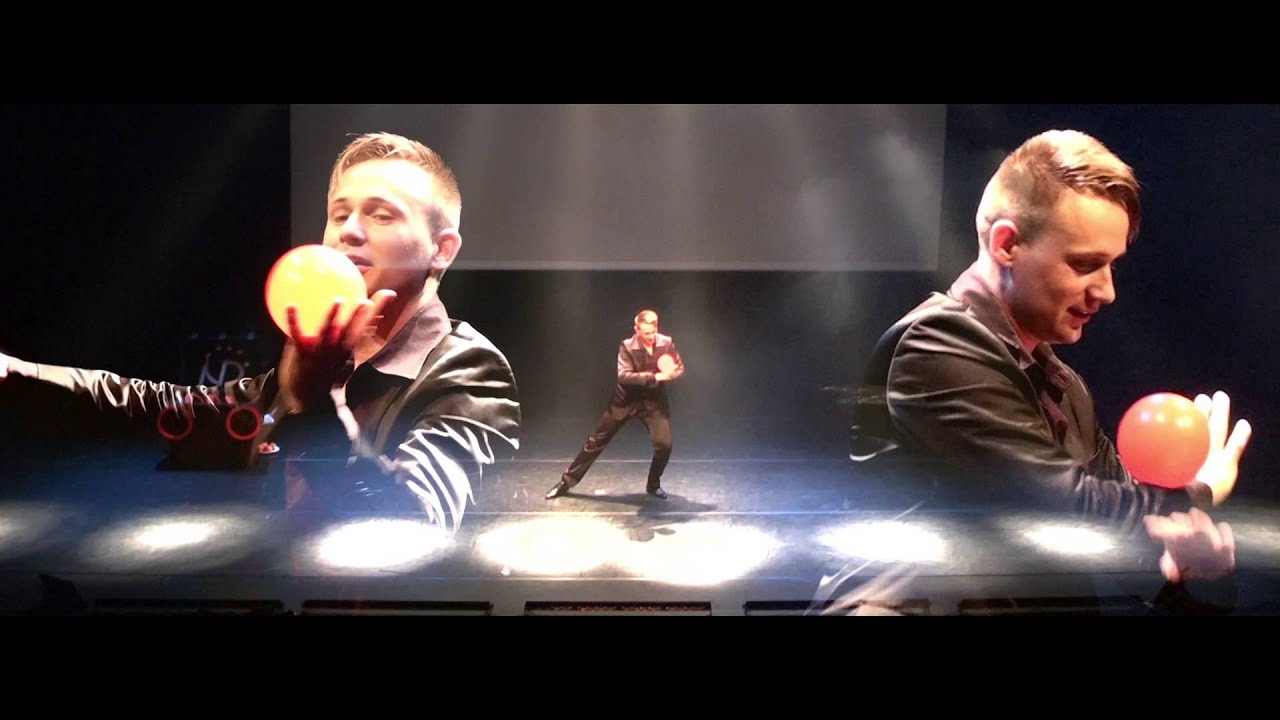 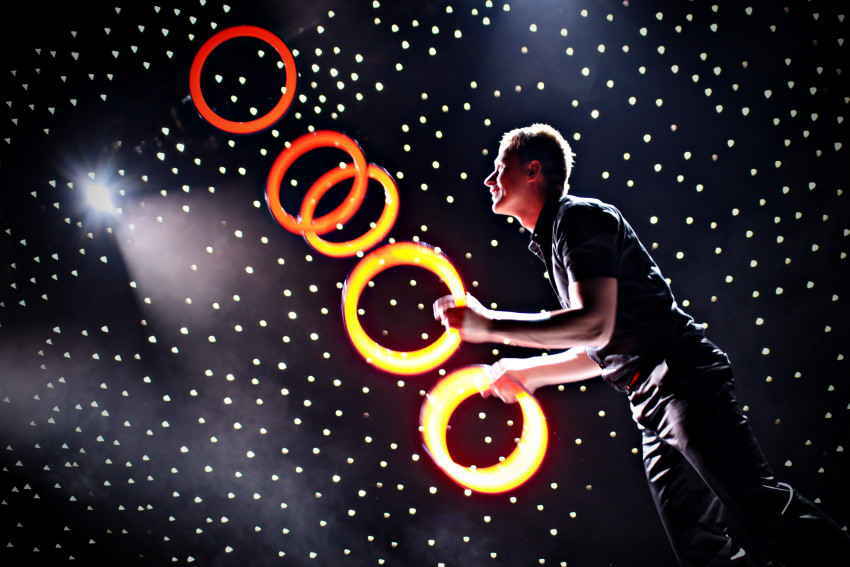 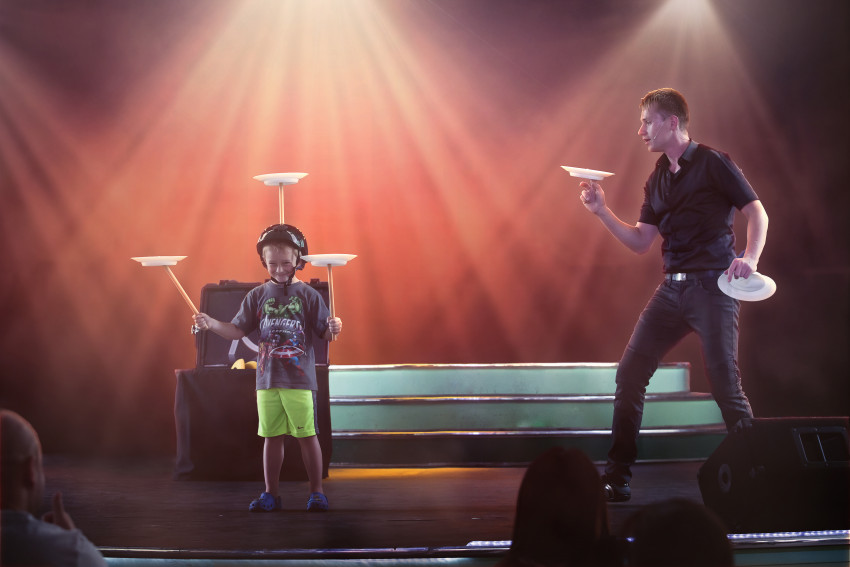 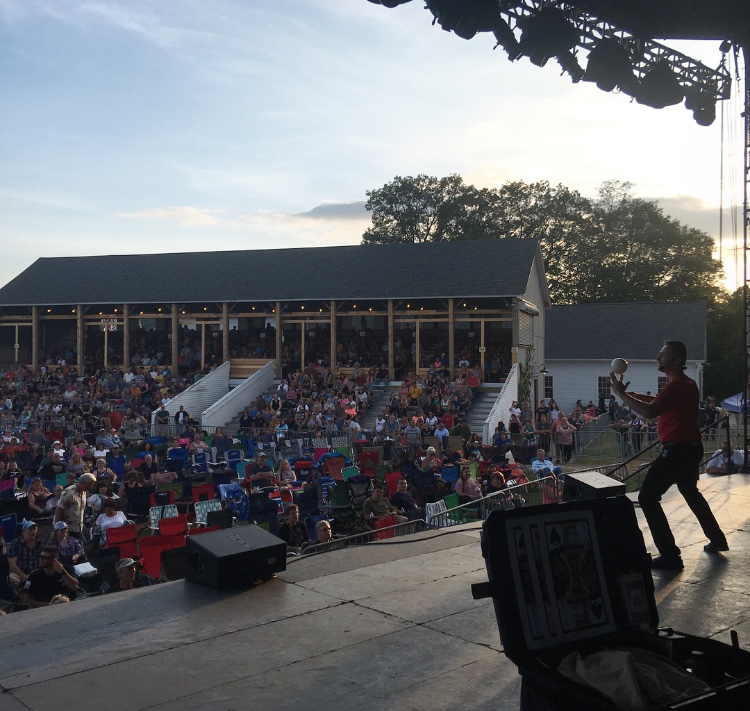 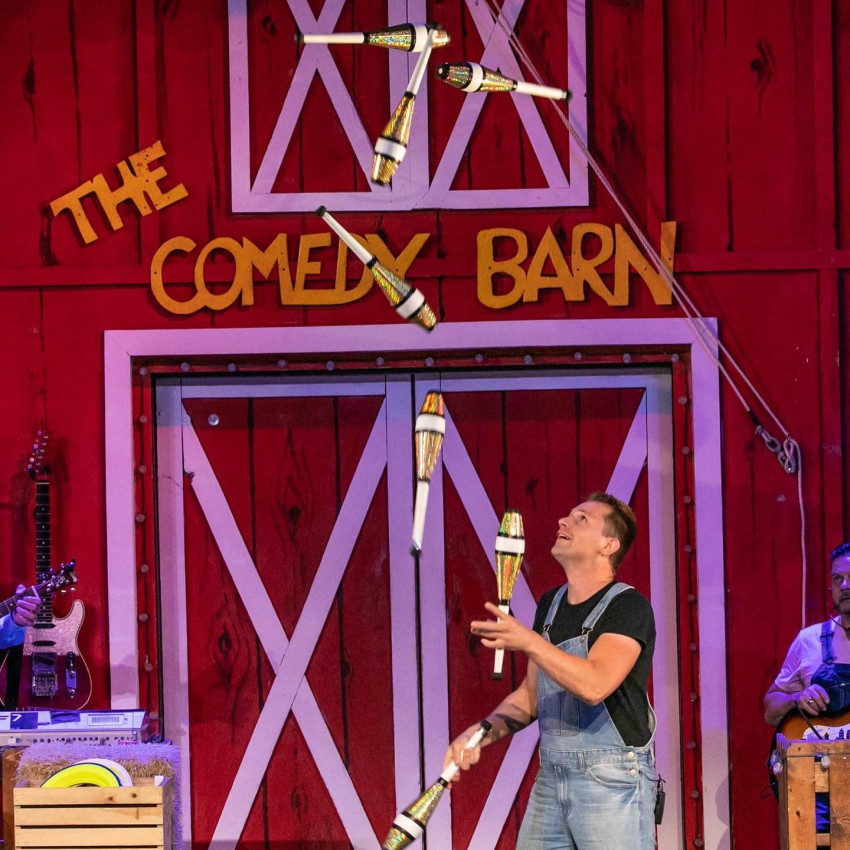 Niels Duinker at The Comedy Barn Theater in Pigeon Forge 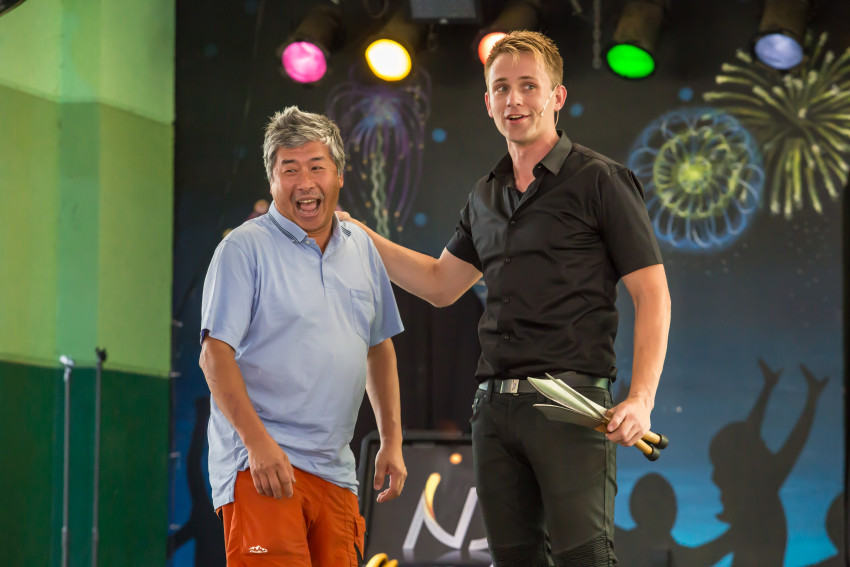 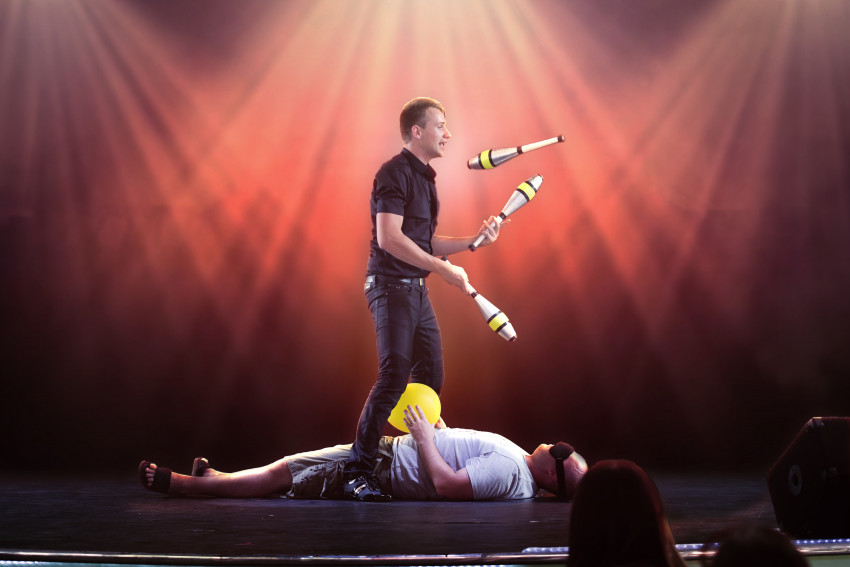 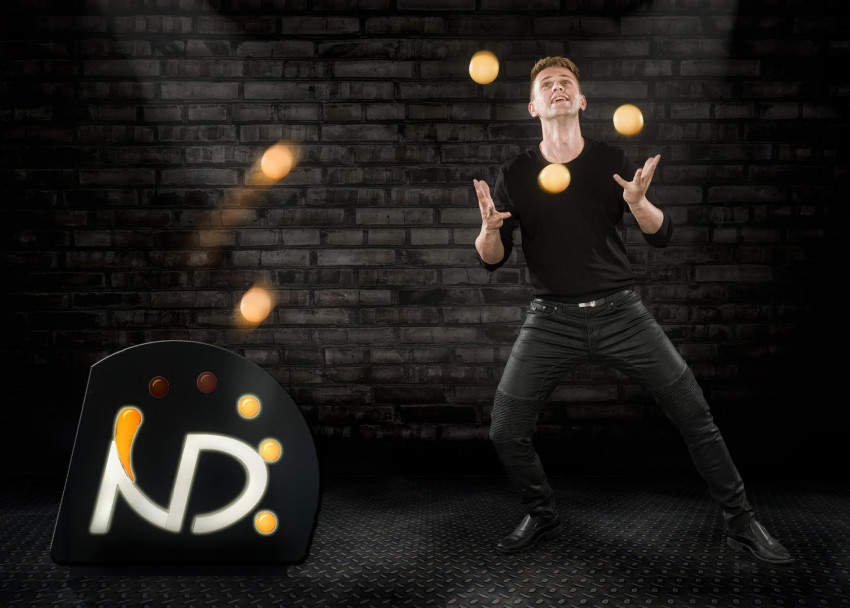 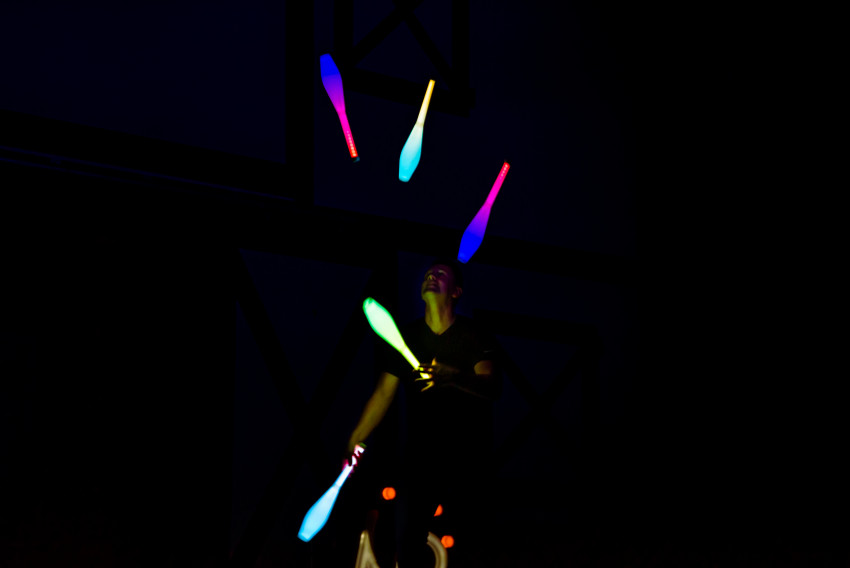 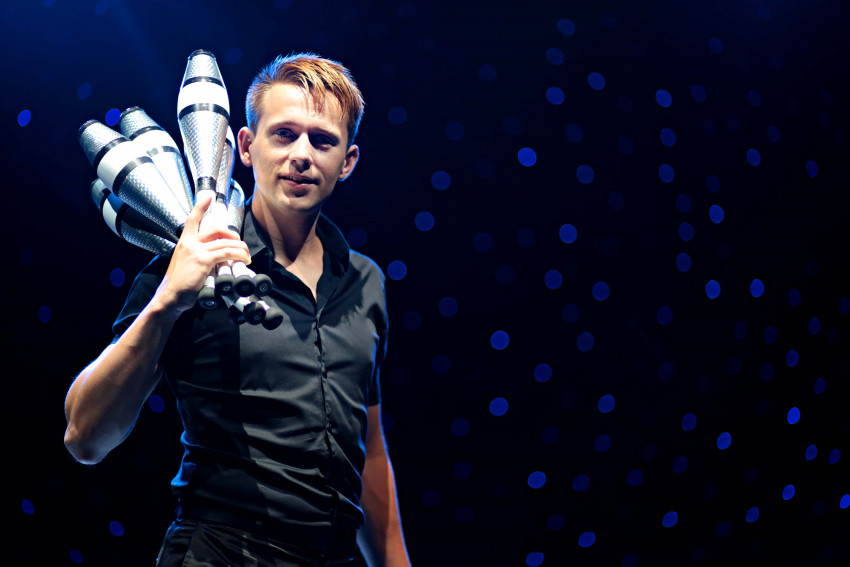 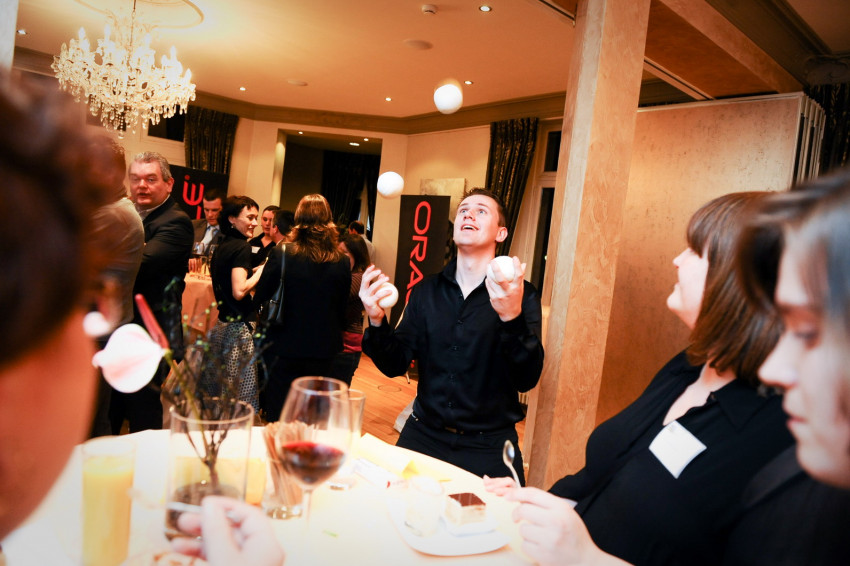 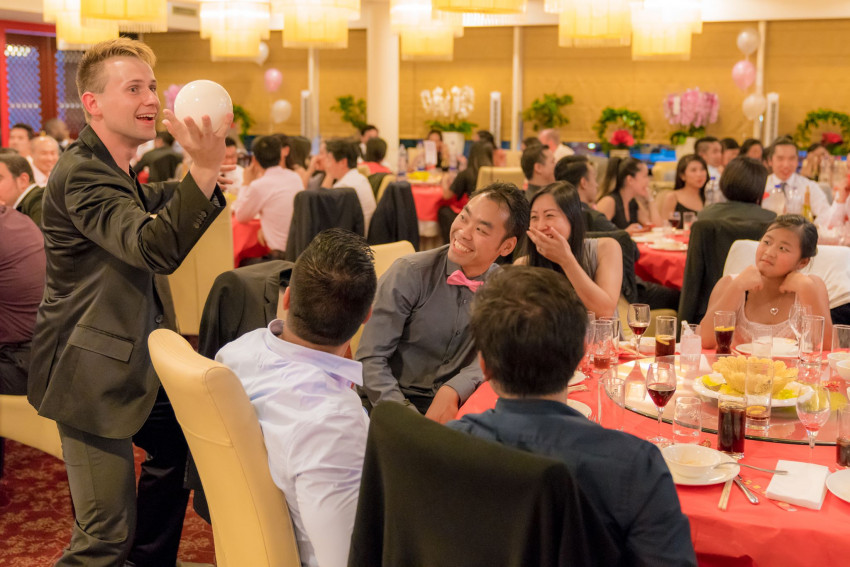 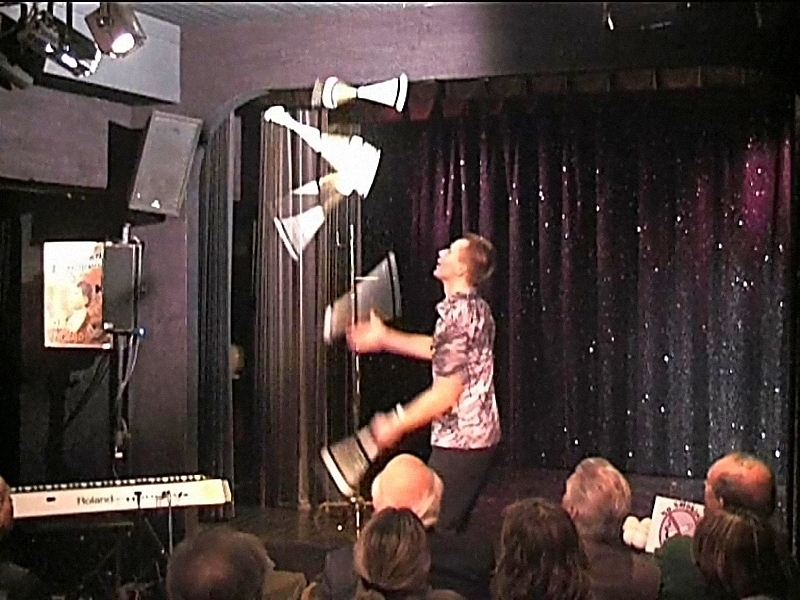 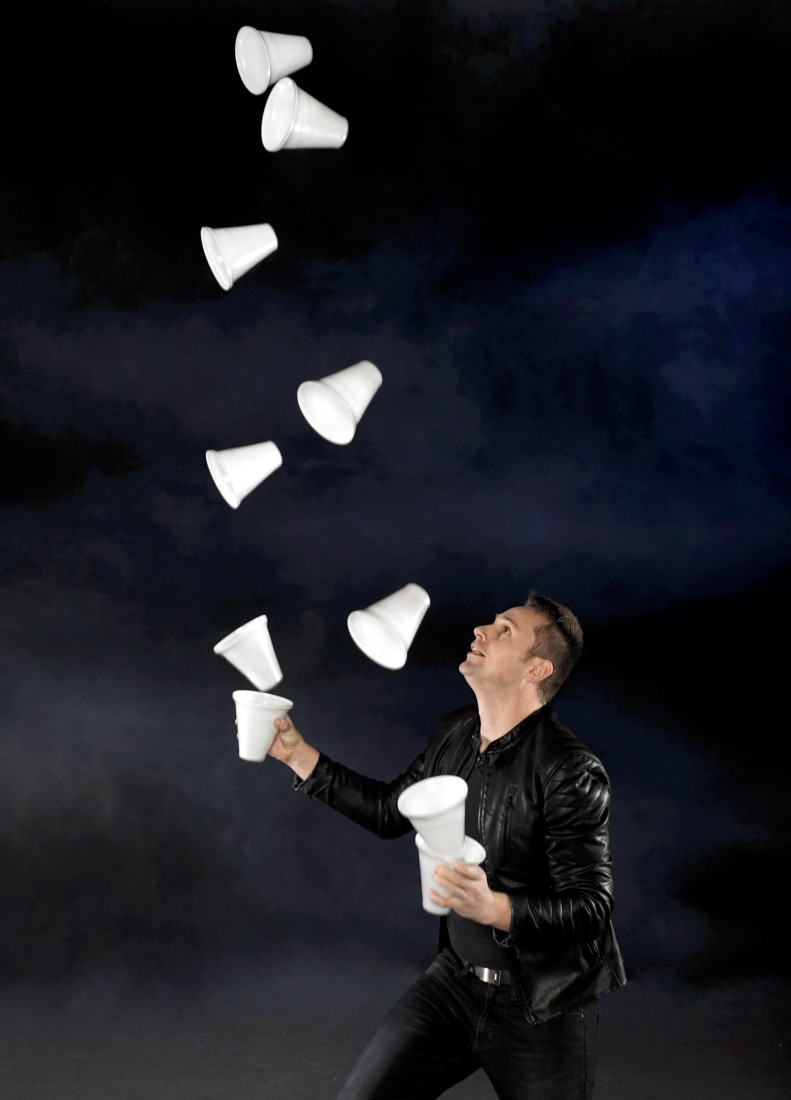 Niels Duinker is an 8-time Guinness World Records holder. He has performed for Disney Cruise Line, AGT, and at the Comedy Barn Theater in Pigeon Forge. Recently Niels was awarded Corporate Entertainer of the Year by Vision Magazine.

Our residents Loved every minute!

Neils came to our school and performed for K-8th grade students (each grade at a time)! He was able to modify his performance to best fit each grade level, and they were all completely captivated and engaged. Even the teachers loved how he incorporated skits with the students and allowed everyone to feel like a part of the show! He explained to the students that it takes a lot of focus and hard work to become a professional. He was very inspiring!

Niels was great to work with. He interacted with kids & adults of all ages. Very easy to work with & flexible to our party needs. We would definitely use him again.

Niels Duinker is a skilled juggler and an adept performer. Part juggler and part comedian, he quickly calibrated his act on the fly to suit the tastes of our audience. He is the kind of talent that you might see on one of the major cruise lines. Niels' performance was a highlight of the weekend and something that our cadets will not soon forget.

This 8-time Guinness World Record holding juggler has performed for audiences all over. You may have seen him at America's got Talent, Disney Cruise Line, or at The Comedy Barn Theater in Pigeon Forge.

Niels Duinker started juggling at the age of 8 years old. The largest magic society in the world awarded him "Variety Act of the Year" three times!

Niels won a Gold Medal in the 2009 Taiwan Circus Festival and he has worked all over Europe, in Asia, and made special guest appearances in the United States. His childhood interest in the art of juggling has led this motivated young man on a journey around the world – and it has only just begun.

More than just a pretty face with a bag full of cool tricks, in the spring of 2009 Niels completed the course work for his Bachelor’s degree in Mechanical Engineering from the Delft University of Technology in the Netherlands. Another dream turned reality.

Sharing his love of the arts with the performers of tomorrow, Niels regularly lectures as a guest artist at two Government-funded professional circus schools in the Netherlands: Codarts Circus School in Rotterdam and the Fontys Circus School in Tilburg.

While his focus is clearly to entertain audiences beyond their expectations, Niels still enjoys juggling and, regardless of his impressive achievements in the field, he constantly strives to bring new skills, effects, and laughs to his stage shows.

He can be seen 6 nights a week at the world-famous Comedy Barn Theater in Pigeon Forge (Tennessee) when he is not traveling the country to perform at corporate events, fairs or on-board luxury cruise liners.

Niels Duinker can perform in a variety of settings; from stage shows to commercials, from strolling entertainment to on-screen work. The requirements are minimal and Niels will ask you about your event so he can deliver the best possible show within the set-up of your event/festival/party/show.