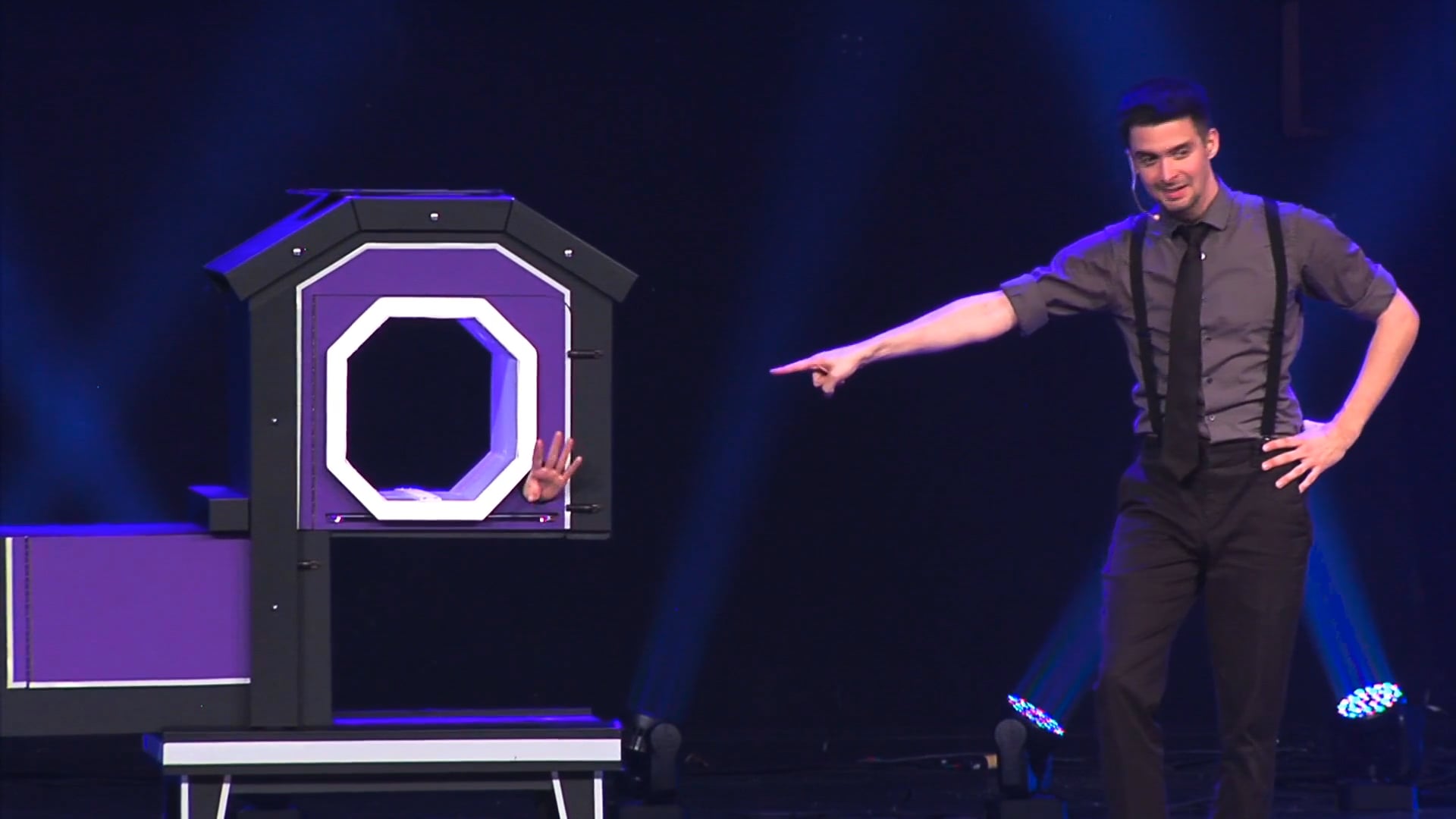 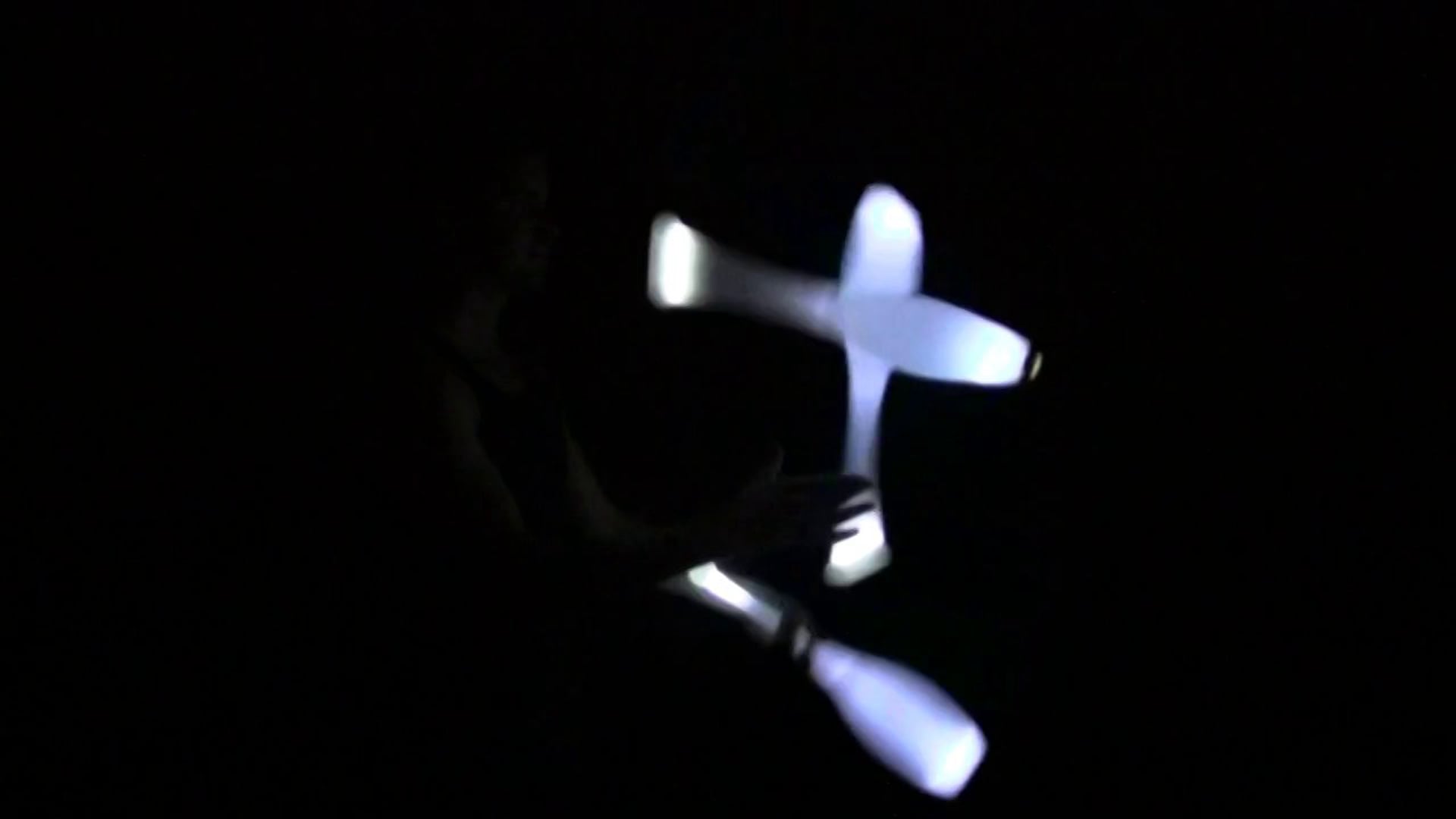 Glow in the Dark 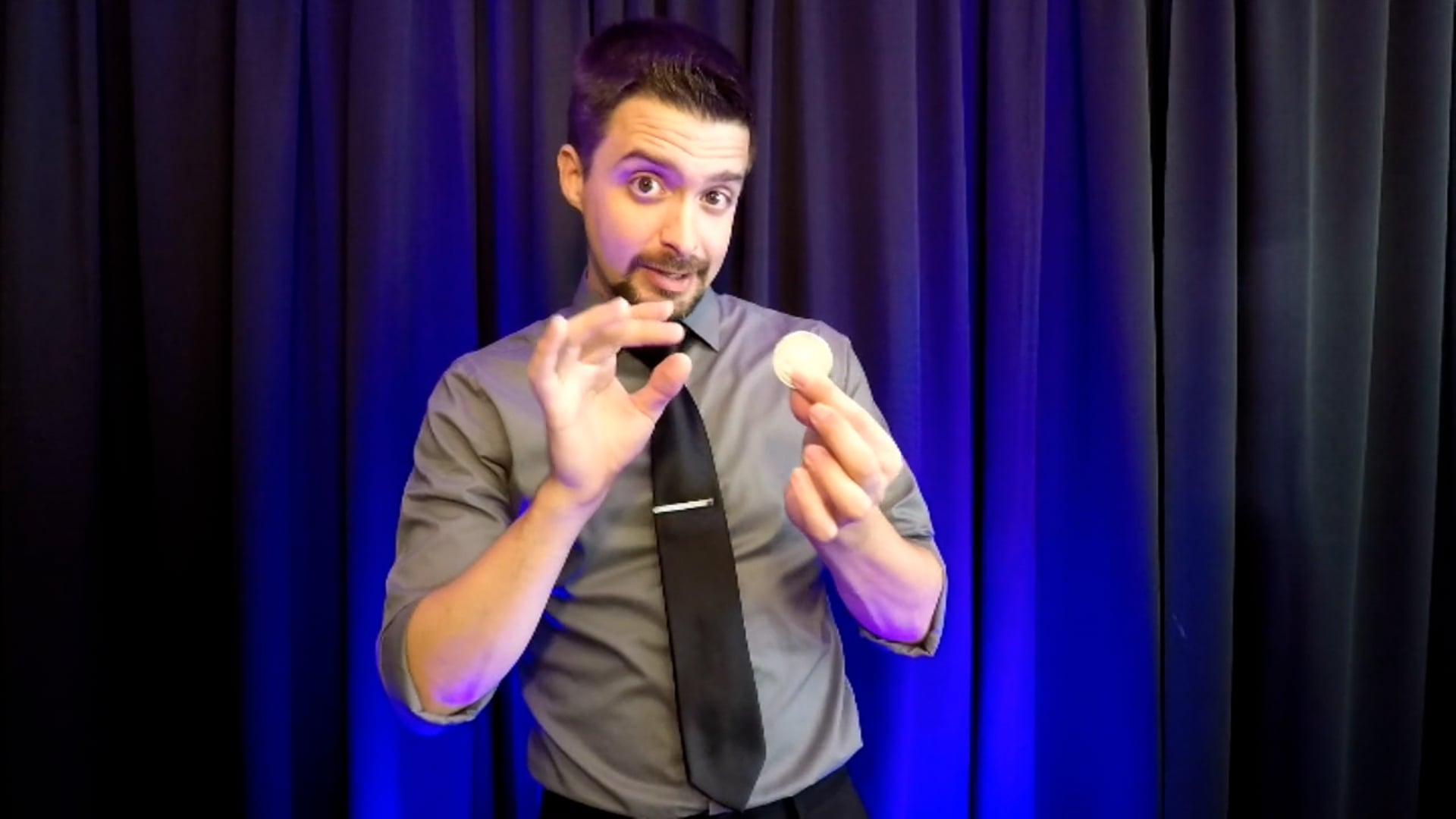 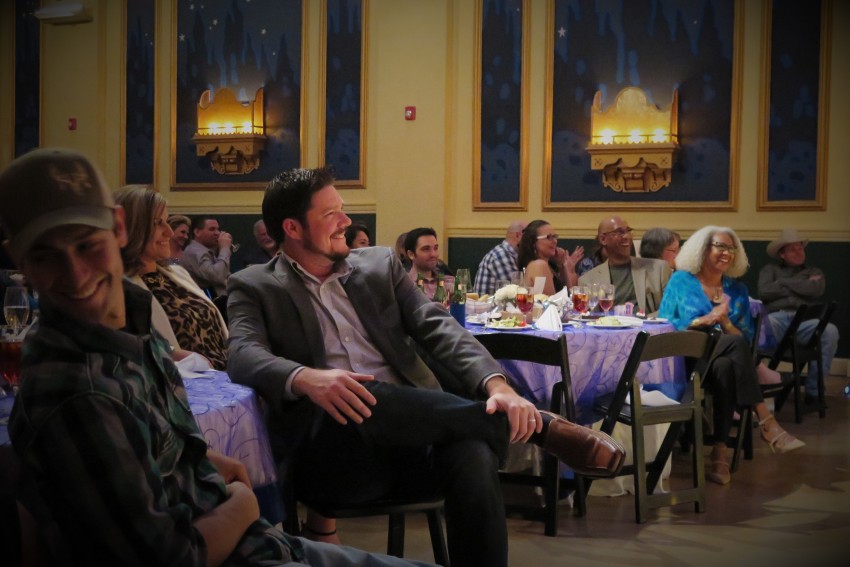 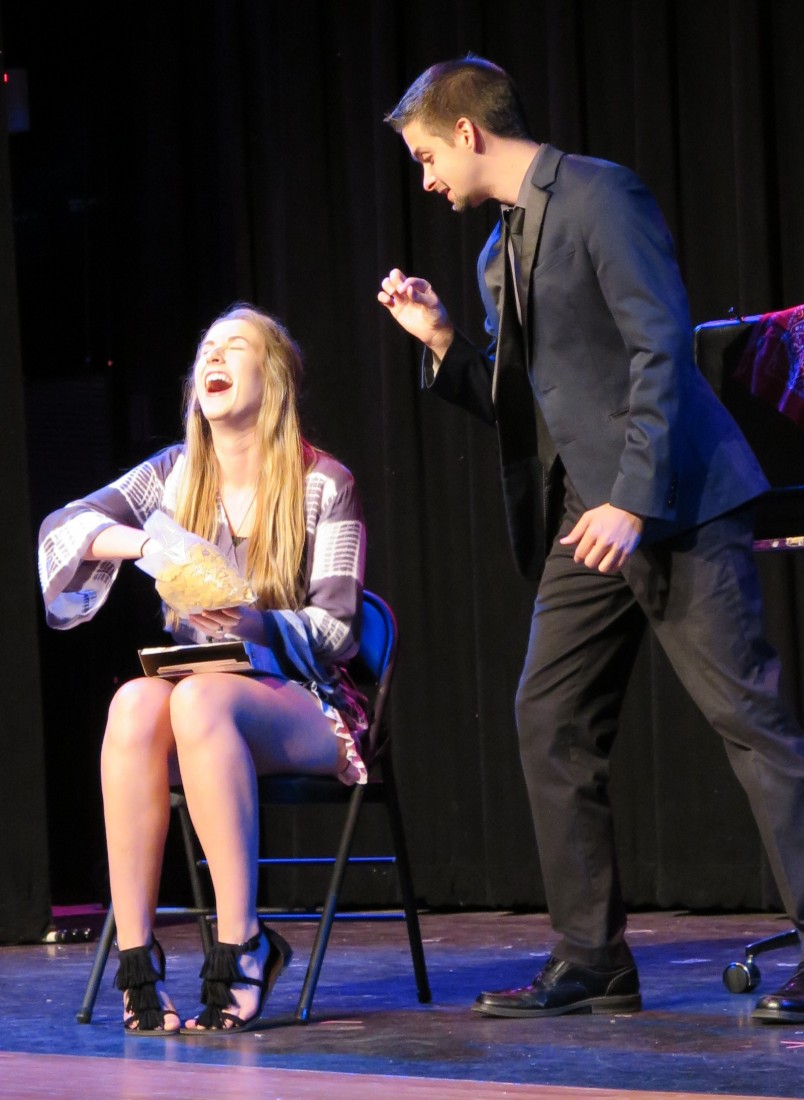 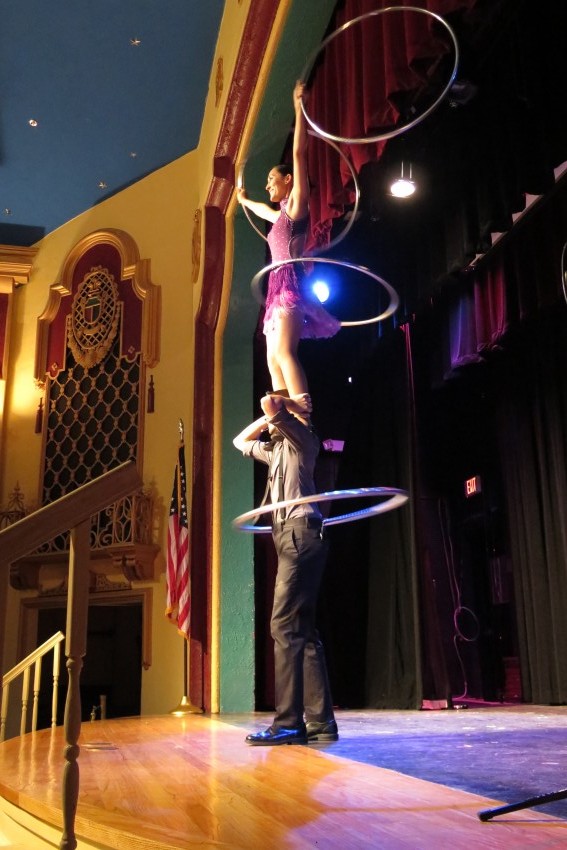 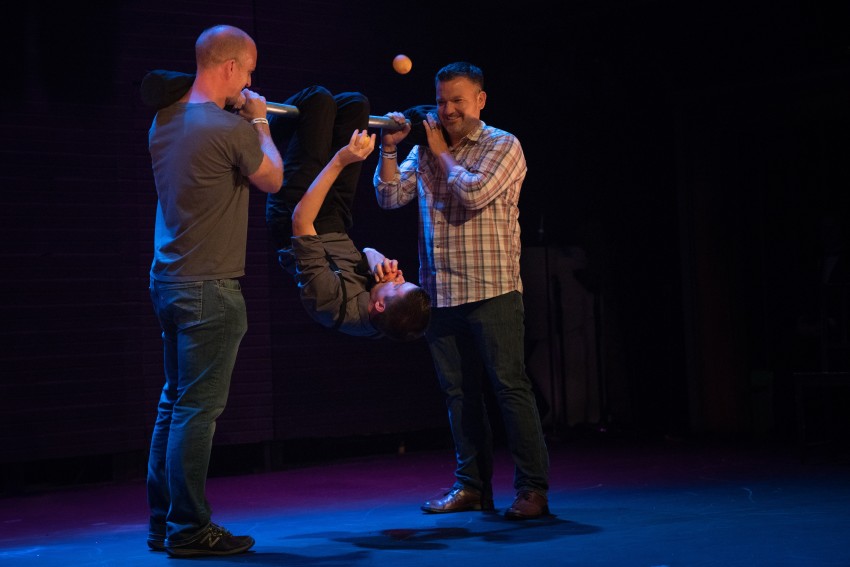 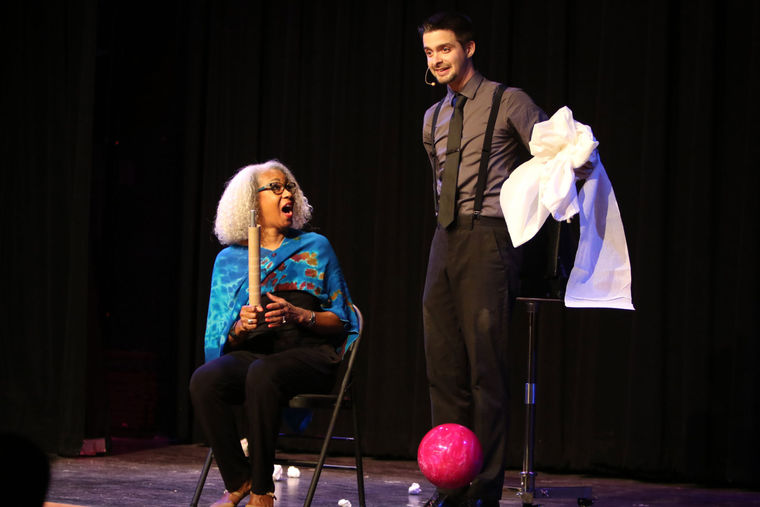 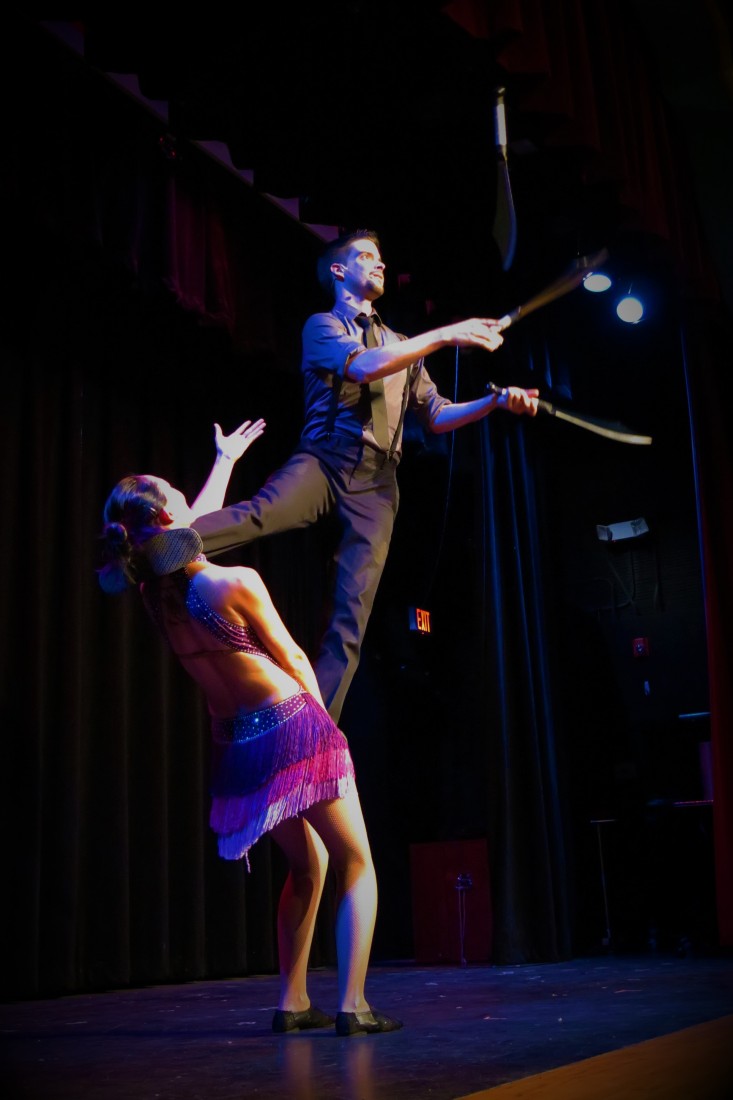 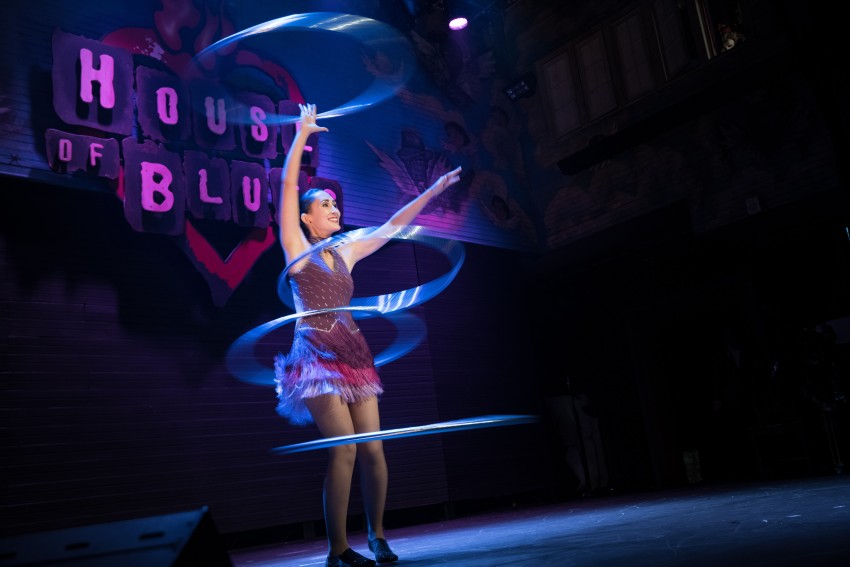 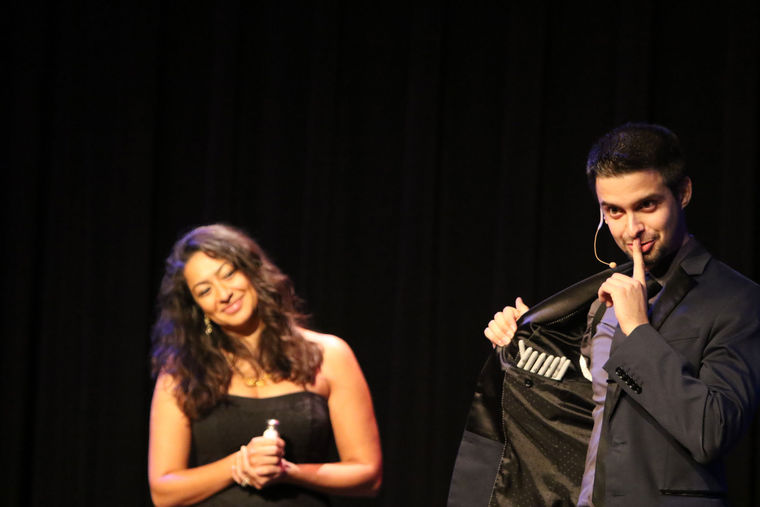 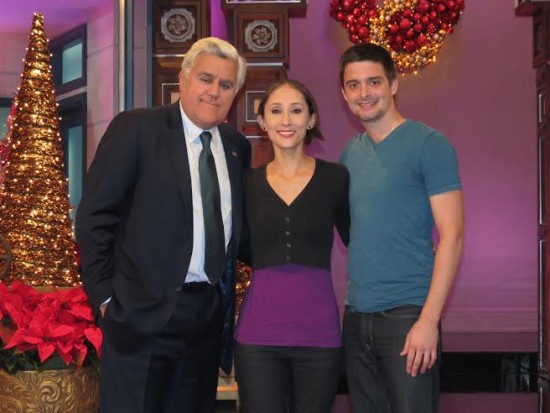 After performing on Leno 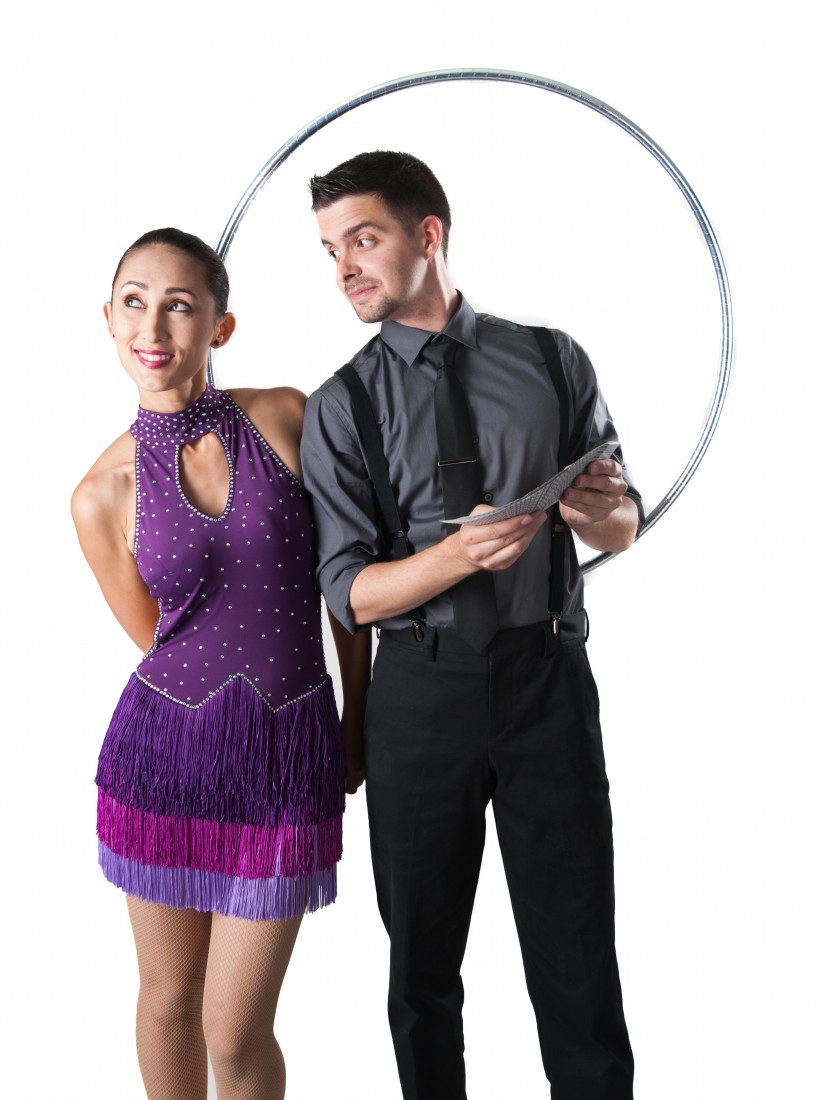 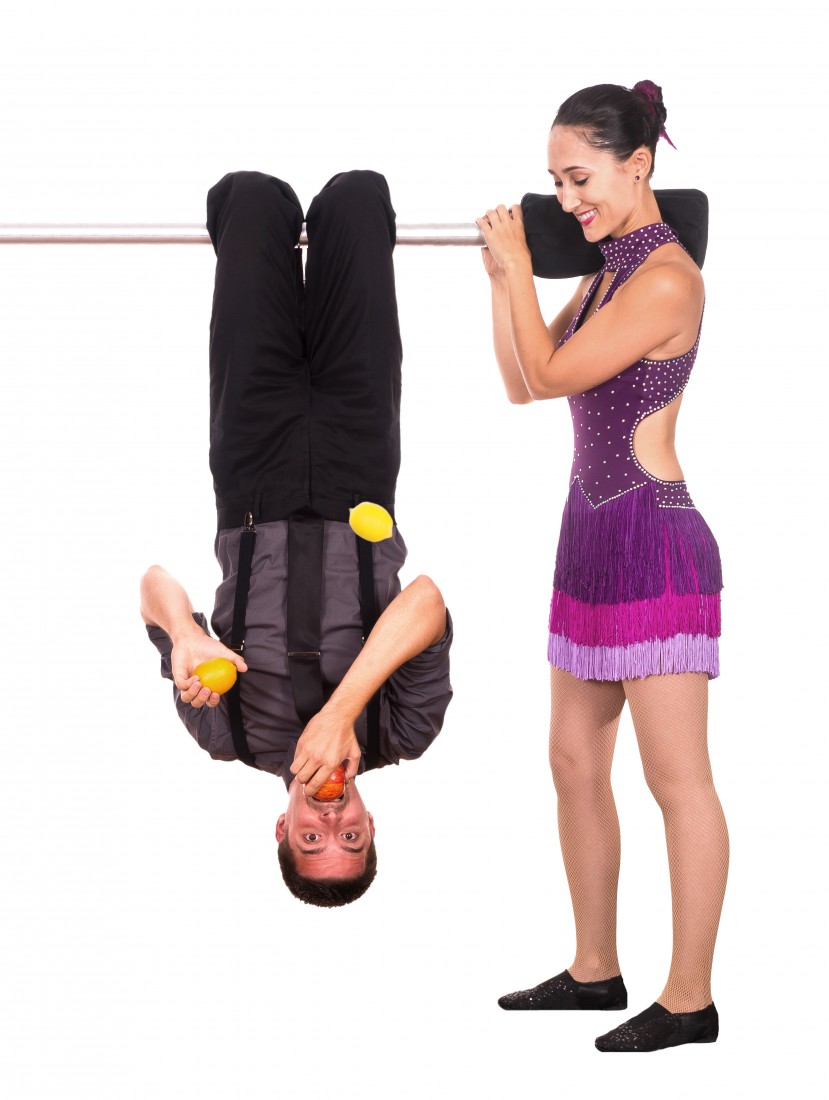 As seen on The Tonight Show, bring a wildly interactive fusion of magic and circus arts to your corporate event.

Bring your audience to their feet with a fusion of international award-winning magic, stunning circus arts and laugh out loud comedy. By engaging your audience on stage, in their seats and even on their phones, we create a hilarious and magical experience your guests will never forget. Don't take our word for it...

“Even weeks after the conference we’re still receiving emails from our clients about how much they enjoyed the entertainment!”
-Central Access Corporation

"Thank you for making ME the star for finding you!"
— Diana Gill, Immunodeficiency Foundation

Absolutely amazing! Super funny and kept our employees rolling in the seats. Would recommend over and over. Can't wait to have them back for another show!

Response from The Crescent Circus:

Thank you for taking the time to leave a review! We really appreciate it and had a great time performing for your group!!

The Crescent Circus provided such phenomenal entertainment for our event! I was so glad I hired them back to entertain our guests at our Welcome Party. Our Conference attendees are still talking about the unbelievable magic they experienced with Nathan. He is a true professional and amazingly fantastic at what he does. And Morgan is just spectacular at her entertainment as well. Just Riveting....

The Crescent Circus is incredibly talented, thoroughly professional, and the utmost of friendly entertainers! Their gifts and personalities shine through their performances and guests will absolutely enjoy the show!

Really loved it! Fun and interactive, people were blown away by the illusions and the acrobatics were fabulous. I'd recommend them for any booking. Hope to see them back here soon!

Nathan and Kayla where an awesome addition to our holiday party this year. We had nothing but great compliments for our employees and guests. Our employees truly enjoyed the one on one experience after the show with Nathan. We look forward to using you guys again for other events we host.

The acrobatics and magic were simply amazing. I loved it and I know most of the students did as well. It was very entertaining and comedic as well. The Crescent Circus puts on a great show.

Response from The Crescent Circus:

Thank you for taking the time to leave a review! We had a great time performing for Arkansas Tech!

We had The Crescent Circus come to our school for a progam and let me just say that it was awesome. Our students LOVED the show. It was very entertaining and we will definitely have them again :)

The Crescent Circus was great!!! I love having them as part of our Family of artistist we use on a regular basis. Closer to David Copperfield rather than your birthday party magician, Nathan entertains, captivates and humors his audience. Morgan, what can I say? Beautiful, talented,strong and incredibly bablanced.They work together well or separately. A true talent in entertainment that will have a long, exciting, succesful life in the industry. You got to get them to believe them. I love the " Crescent Circus"!!!

We had The Crescent Circus do a show at our theatre! AWESOME

On January 7, 2012 we were honored by having The Crescent Circus do a show at our theatre in Poplarville, MS!
Nathan and Morgan are very talented!
Nathan Kepner is not only a fantastic magician with an incredible physical feats but it is his personality that truly wins the audience over! With his self-deprecating humor, his wit, and his charm Nathan will make you laugh while blowing you away!
Morgan Tsu-Raun's strength & beauty seduces the audience into a trance. Her hula-hooping skills and her smile will keep you mesmerized and play perfectly into The Crescent Circus' theme!
We can not wait to have them with us again!!!

I saw the Crescent Circus' high energy New Year's Eve performance last year. The show engaged everyone with its acrobatics, shimmering costume changes and tricks which left everyone laughing and wondering just how did they do that?? The show was a lot of fun with lots of comedic elements and a great musical selection to highlight what was happening onstage.

I'm a music photographer and first happened upon the Crescent Circus' mind-boggling act in the middle of picturesque Royal Street in New Orleans' French Quarter. The duo was busy stopping tourists in their tracks with the impressive act.

After taking a few photos, I had to regrettably bolt to another concert. Thankfully, I handed them a card and we later had a photo shoot together. I was able to spend a few hours with Morgan and Nathan, getting to know their personalities outside of a crowd/performance setting, and they were just as genuine and gregarious as they were on Royal.

During Halloween this year, my wife & I happened upon them at a private party for Patron Tequila, captivating a full, late-night audience (not an easy task in this city!).

I liked them so much in fact, that I have hired them for a 175 person black-tie Mardi Gras ball being held next month. All of our guests will be very surprised when they first walk into the venue and immediately see the great acts. We can't wait for them to make our first impression.

Creative, fun, attractive. Where can you go wrong hiring this talented duo?

I had the pleasure of attending not one, but two shows by The Crescent Circus in the fall of 2011 in Austin Texas. They are an amazingly creative act ... comedic, acrobatic, fun and lively! The way they sync their bodies to their act is awe-inspiring. The magic ... well, lets just say I am still scratching my head with wonder. Not only are Morgan & Nate a wonderful act reminiscent of old Vaudville, they performed many tricks I had honestly never seen before! I'm planning a trip to New Orleans in the spring. I truly hope I find the *Circus* in town performing in their natural habitat!

WOW! What a spectacular performance! The Crescent Circus performed at our Annual User Conference at the Beau Rivage for approximately 400 people. I completely expected an entertaining magic act but had no idea we would also be entertained with the comedic talents of Nathan and Morgan. The show was fantastic and kept the entire group entertained. Even weeks after the conference, we are still receiving emails form our customers telling us how much they enjoyed the entertainment. The magic in the show was top notch and exceeded our expectations. As the conference coordinator, nothing is more rewarding than having your participants give a standing ovation to the entertainment. That validated my decision to hire them and I would definitely refer them to anyone interested in providing fun, clean, and magical entertainment.